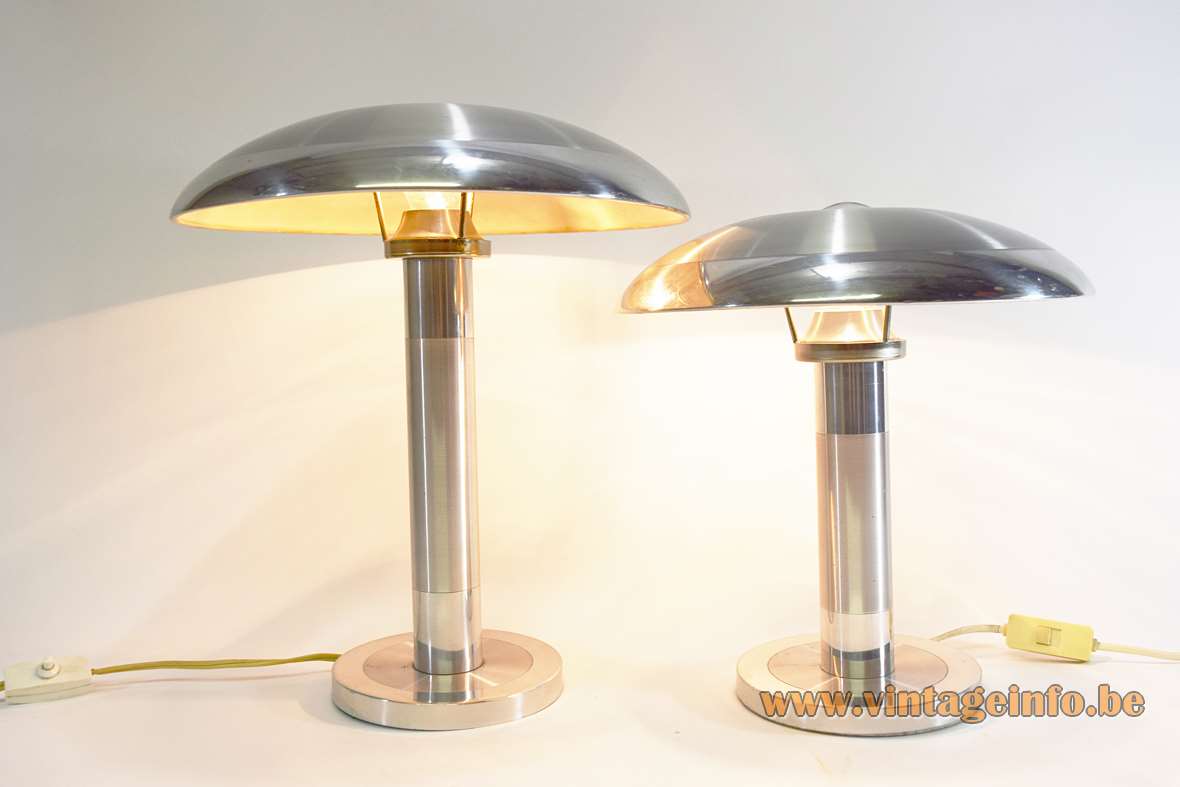 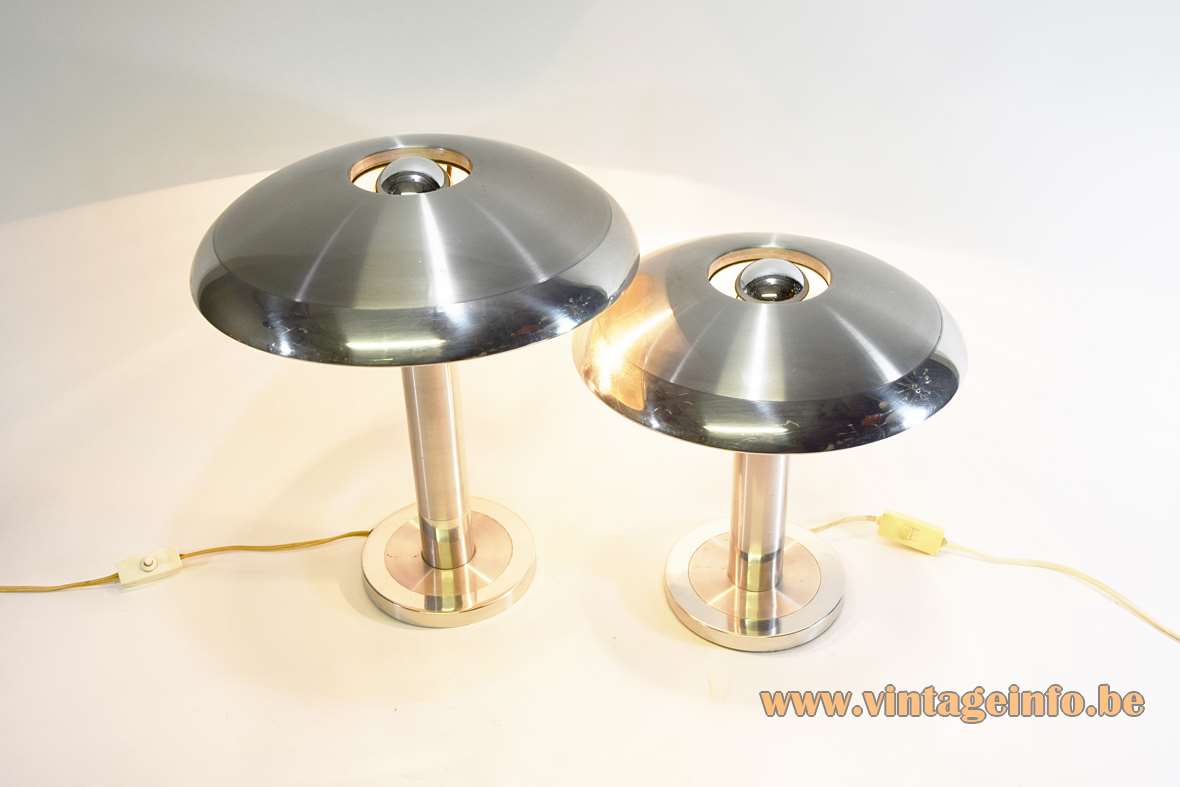 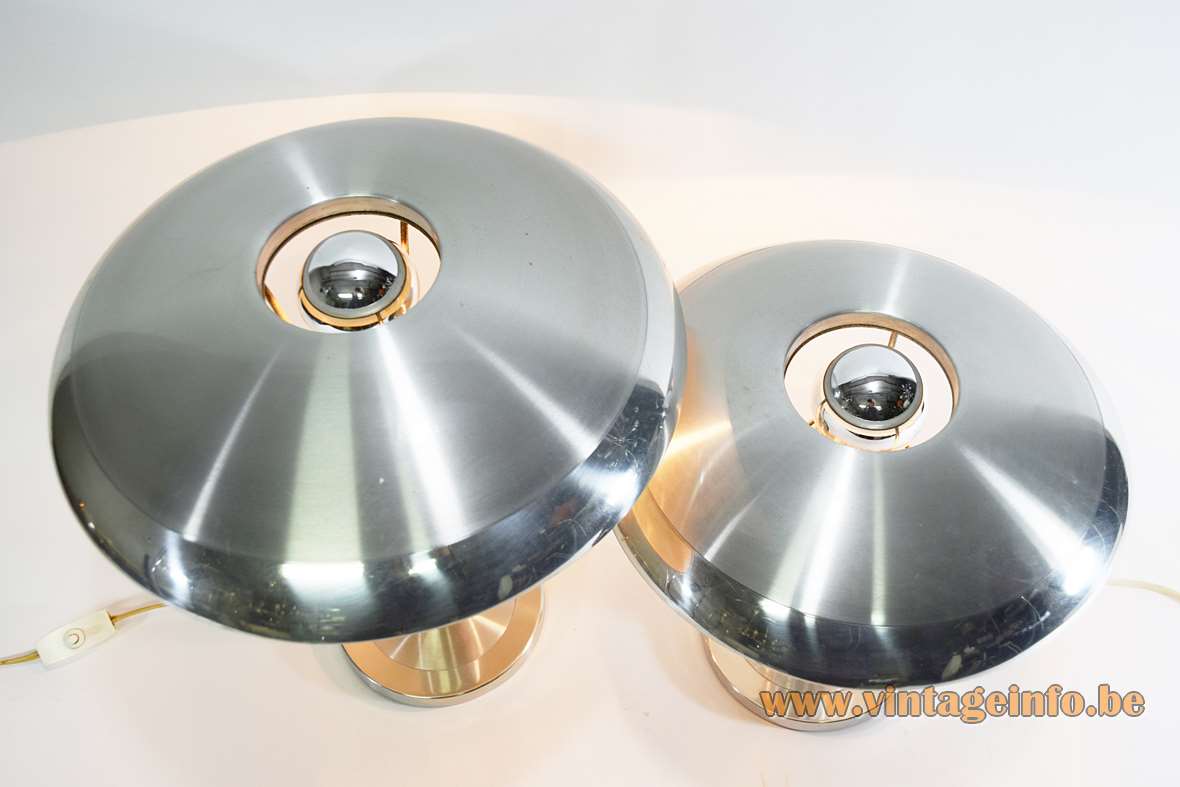 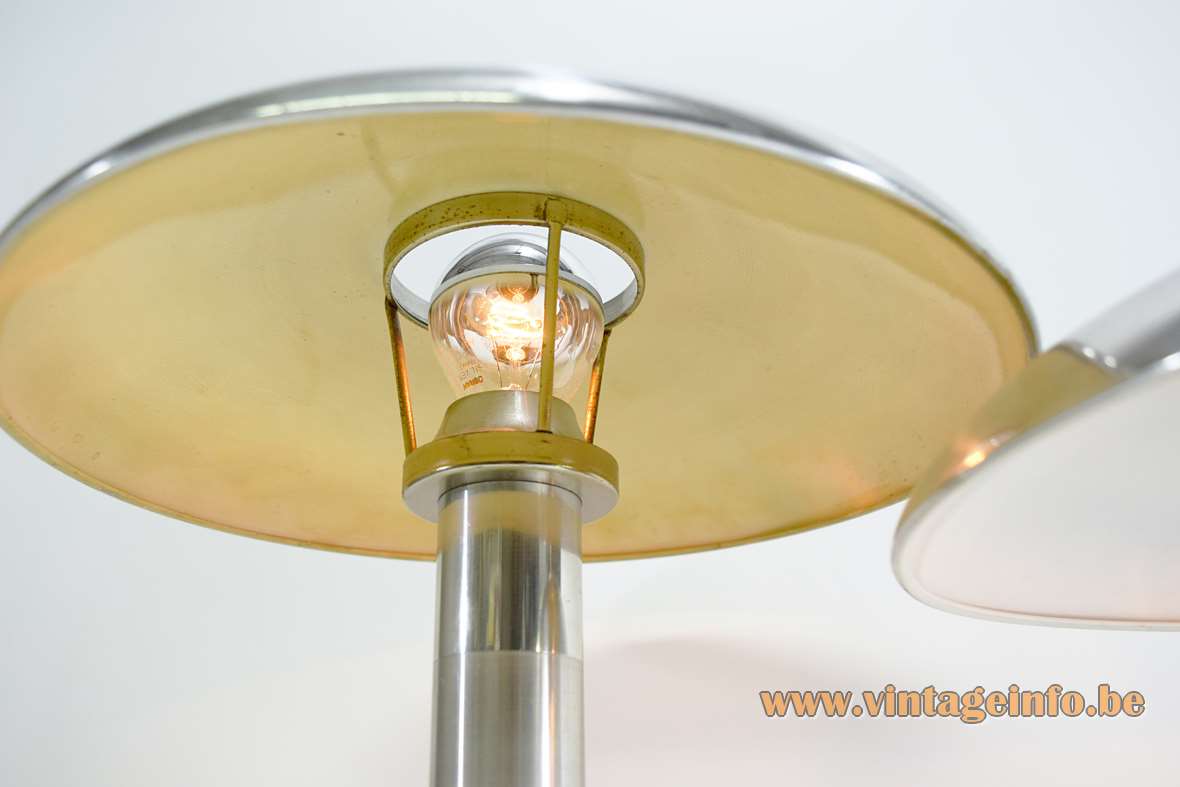 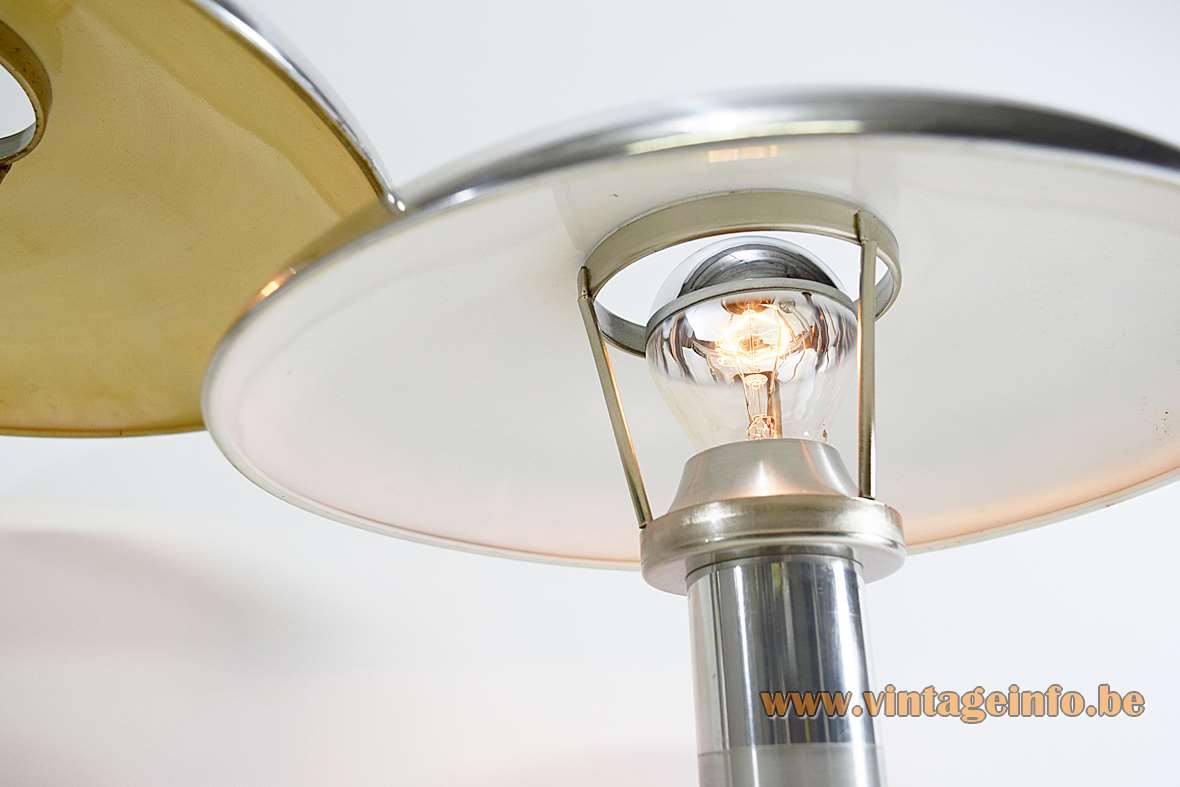 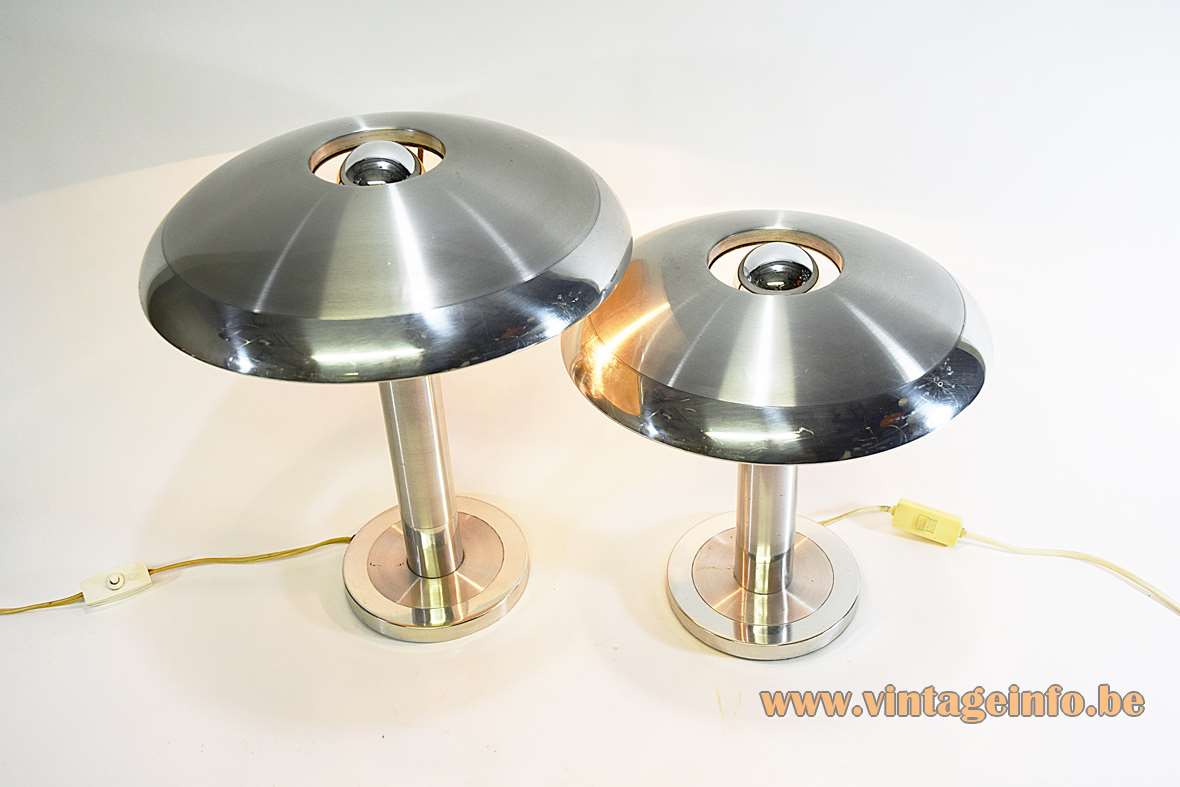 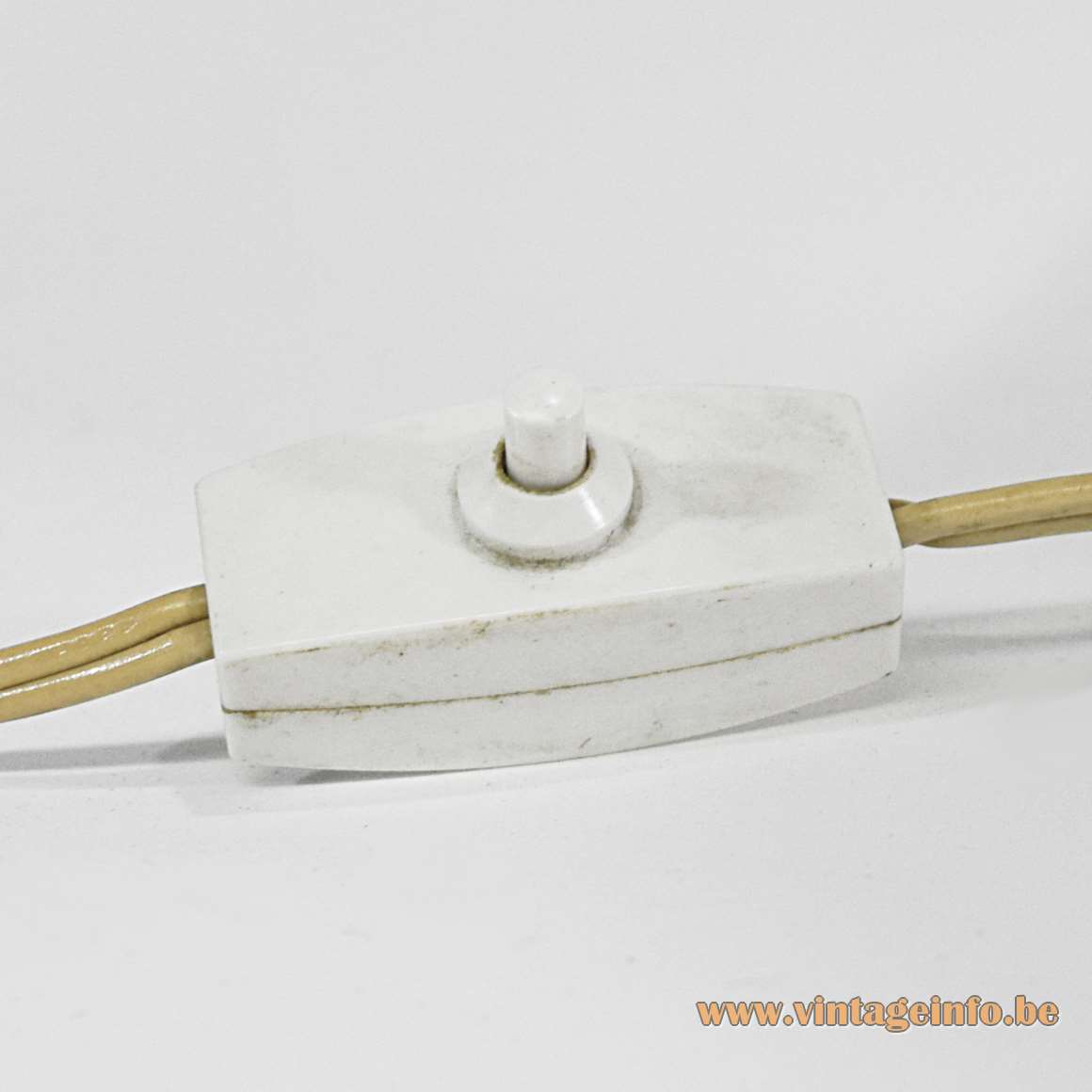 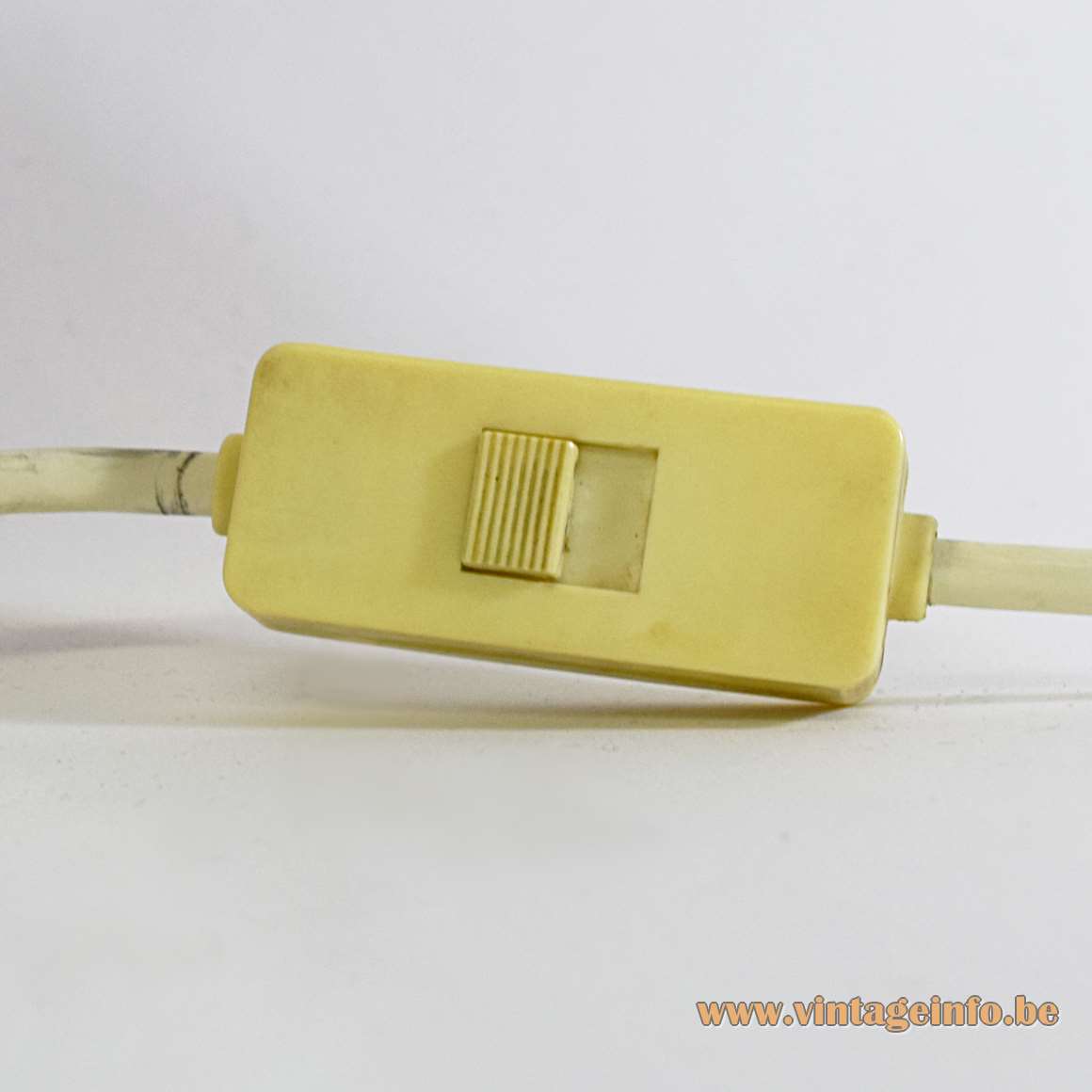 Materials: Round base. Cast iron counterweight inside the base. Aluminium rod or tube. Anodised, brushed and polished aluminium mushroom lampshades with a hole in the middle. Some iron parts. Bakelite E27 sockets.

Other versions: These aluminium mushroom desk lamps were also made in brass. Other lamps by Boulanger were made with the same shiny and brushed design on the lampshade.

Made in the style of the famous Louis Kalff desk lamps designed for Philips.