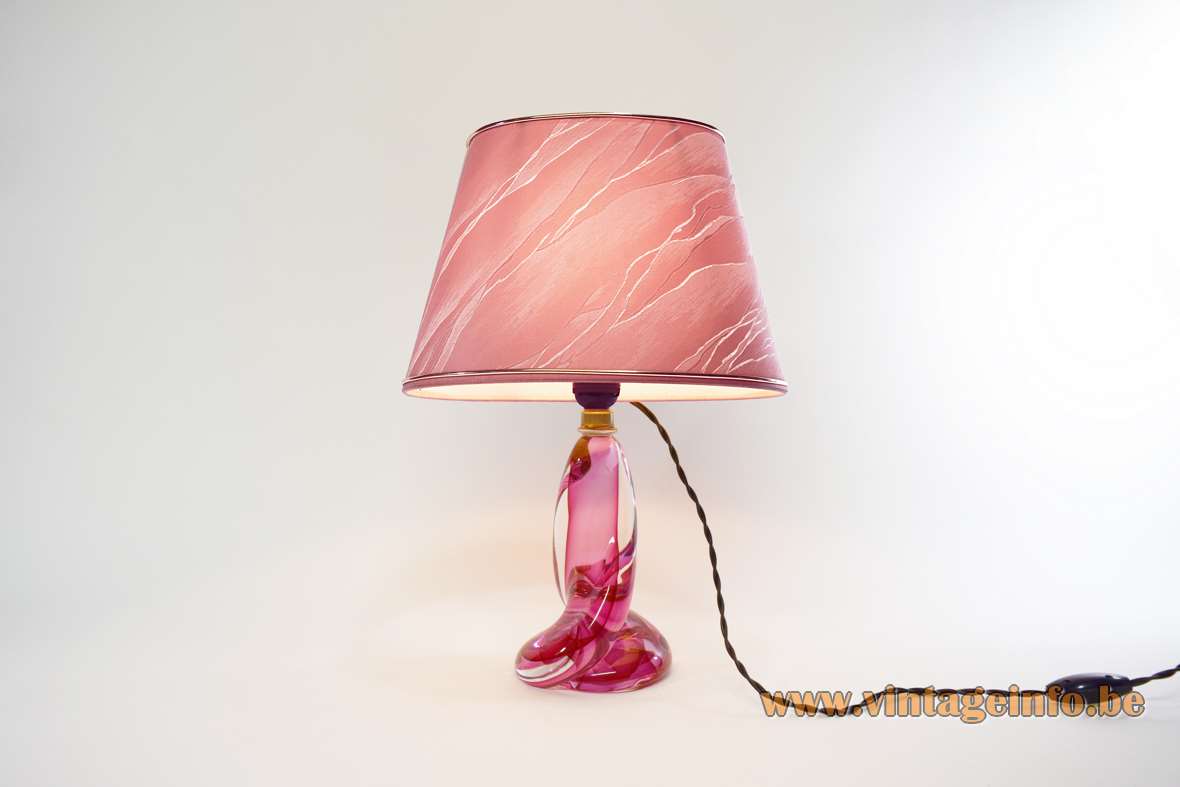 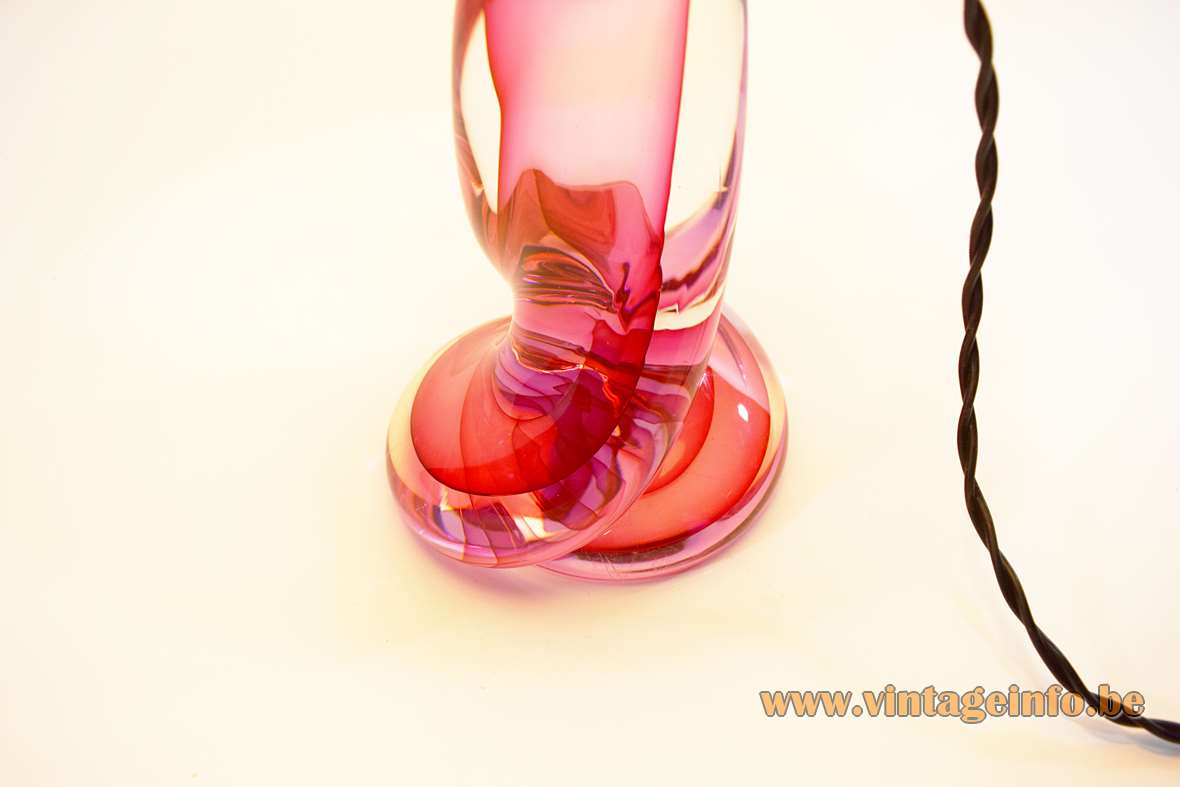 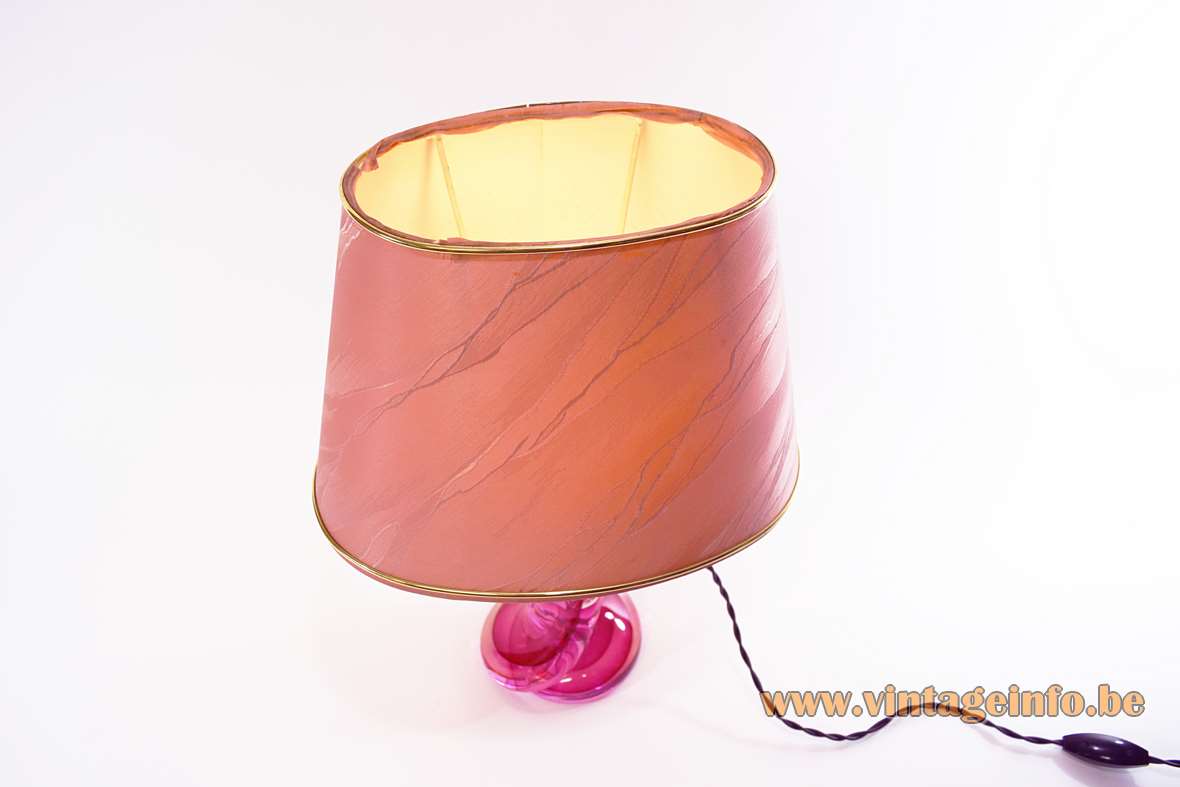 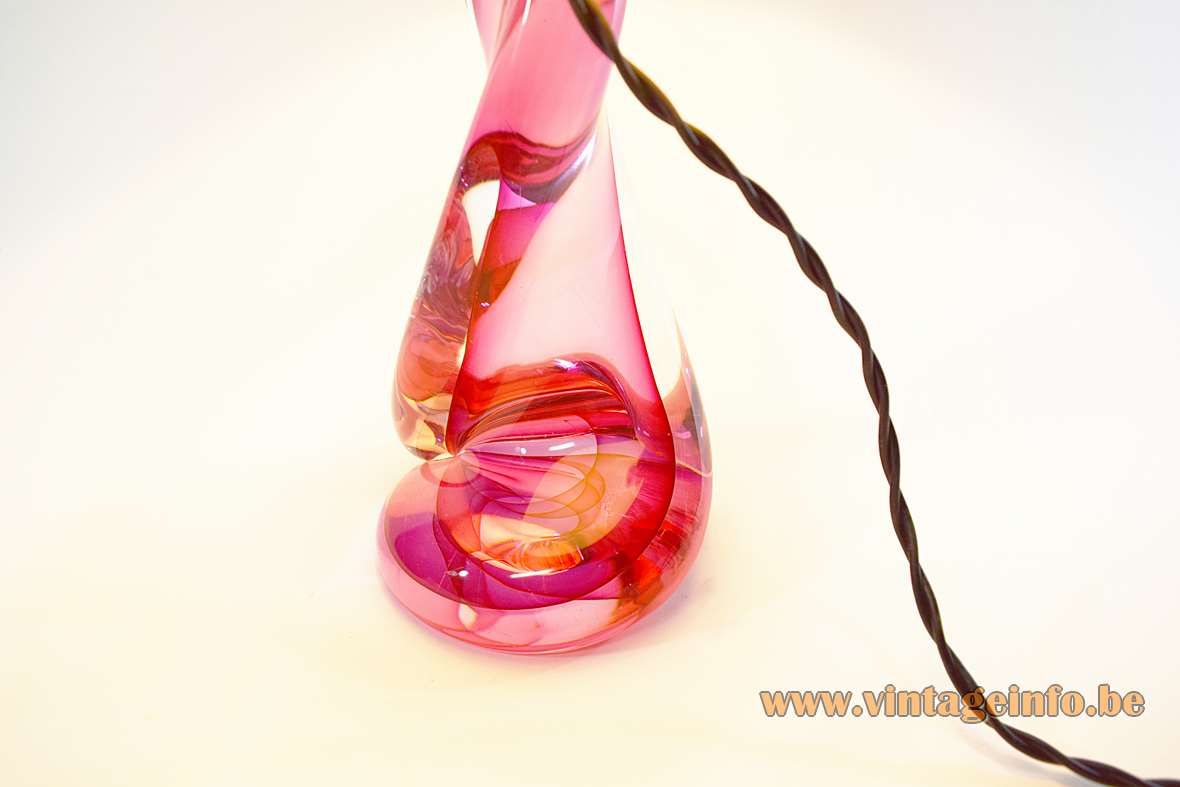 A Val Saint Lambert Eclair table lamp appears in the Belgian TV series Komen Eten. It is the Flemish version of the ITV series Come Dine With Me. The lamp appears in season 19 (2019), episode 39, aired on 4, today named Play4. 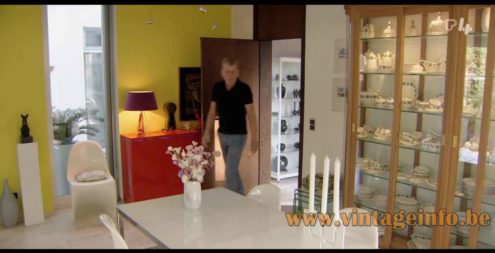 Other versions: This Val Saint Lambert Eclair table lamp was probably made in several colours.

Eclair: Thunderbolt, lightning or a little cake with chocolate and cream.

This biomorph table lamp is a “frivolous” failure in the eyes of a Val Saint Lambert die hard fan. These lamps were produced to form a counterweight against the then very popular table lamps and other glass objects that were made in Murano, Italy. This table lamp is made in the Sommerso style.

The Val Saint Lambert company had no choice to follow the trend or they went bankrupt. Despite everything, it happened several times in the years to follow. Fortunately the government always saved the company from destruction. This table lamp is a beautiful example of the natural/biomorph forms that were very popular at that time.

On the bottom sticks an old label from Mathot-Vanhoffelen, it was a famous wedding lists and gift shop in the Lange Nieuwstraat and the Jezusstraat in Antwerp, Belgium. The family business was founded in 1882 and ended business in 2017 after 135 years. A farewell note could be read on their website. Since 2020 the website is offline. 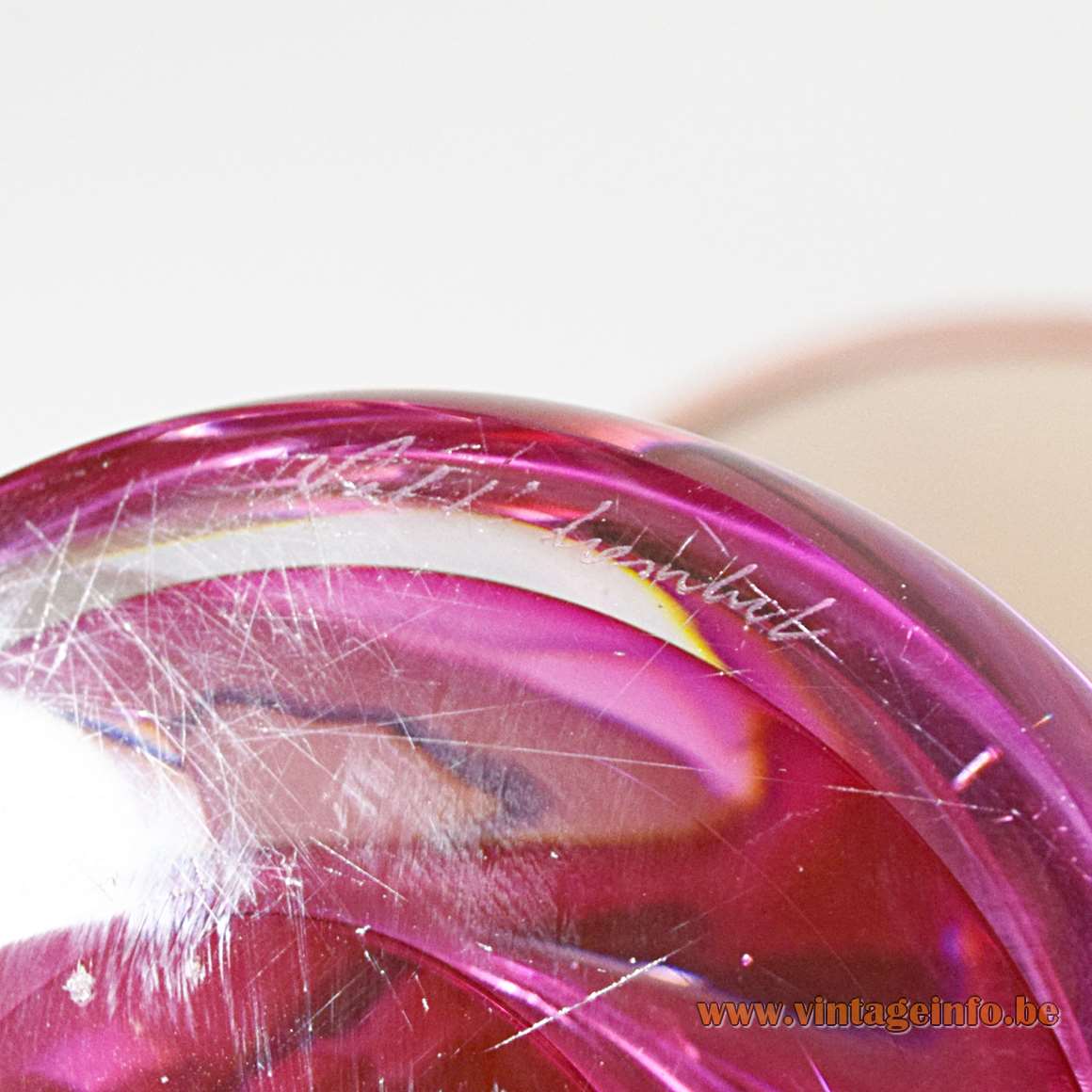 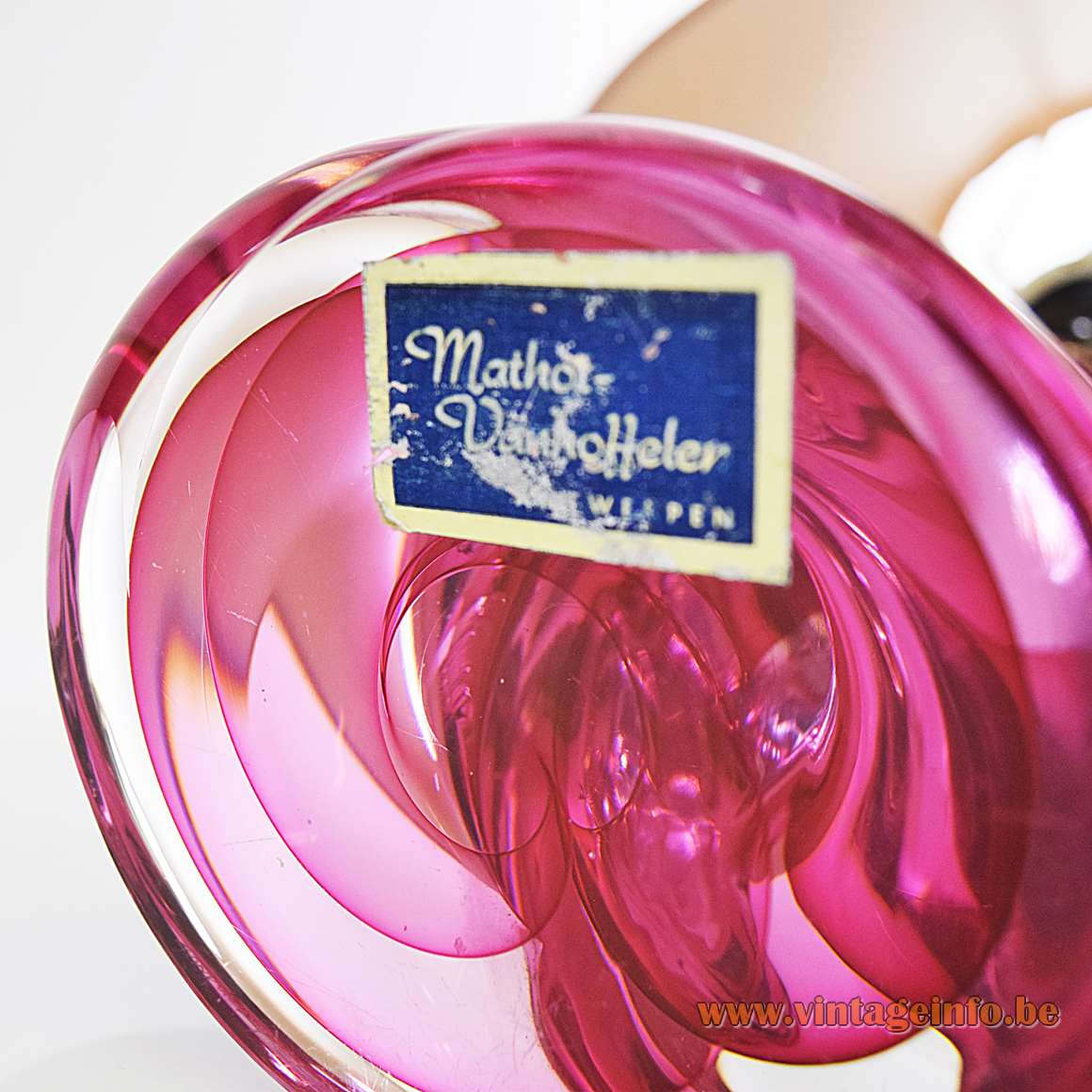 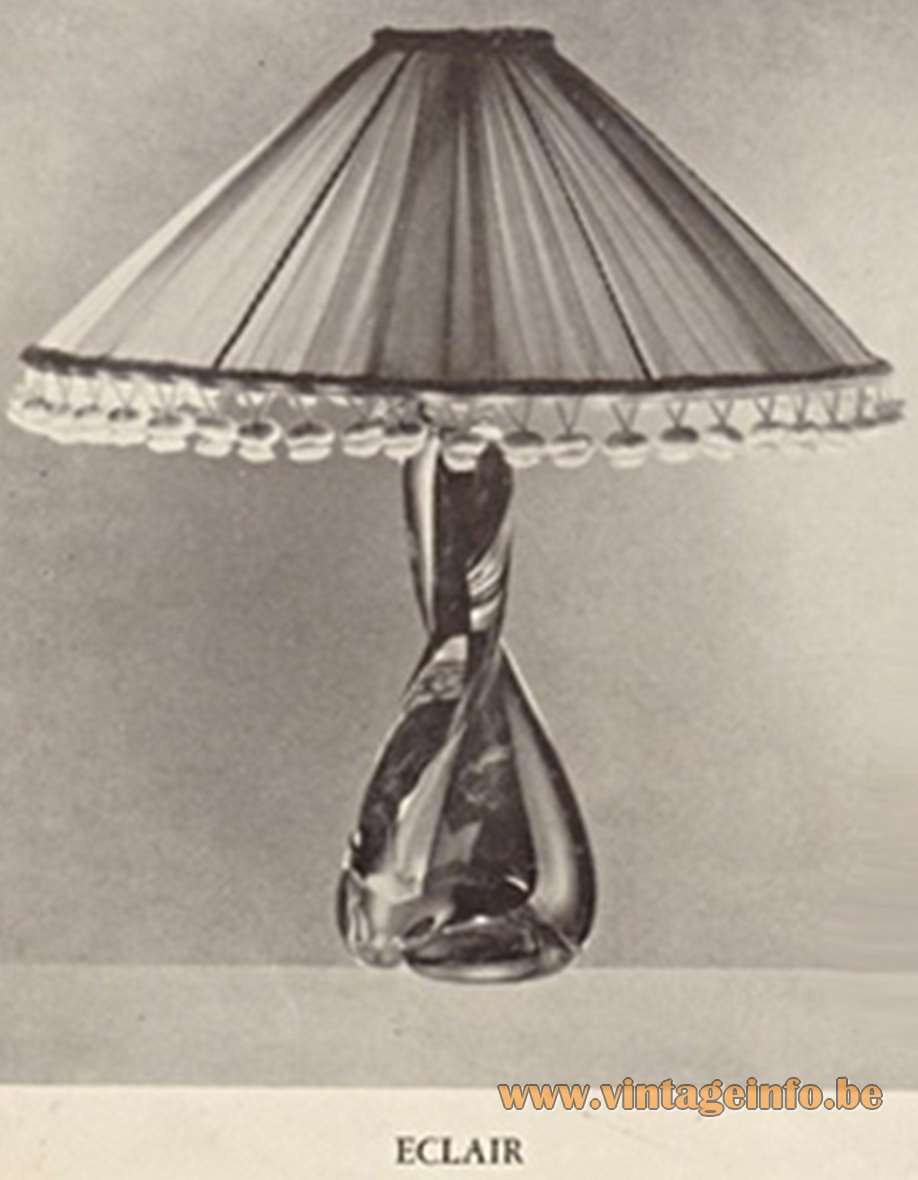