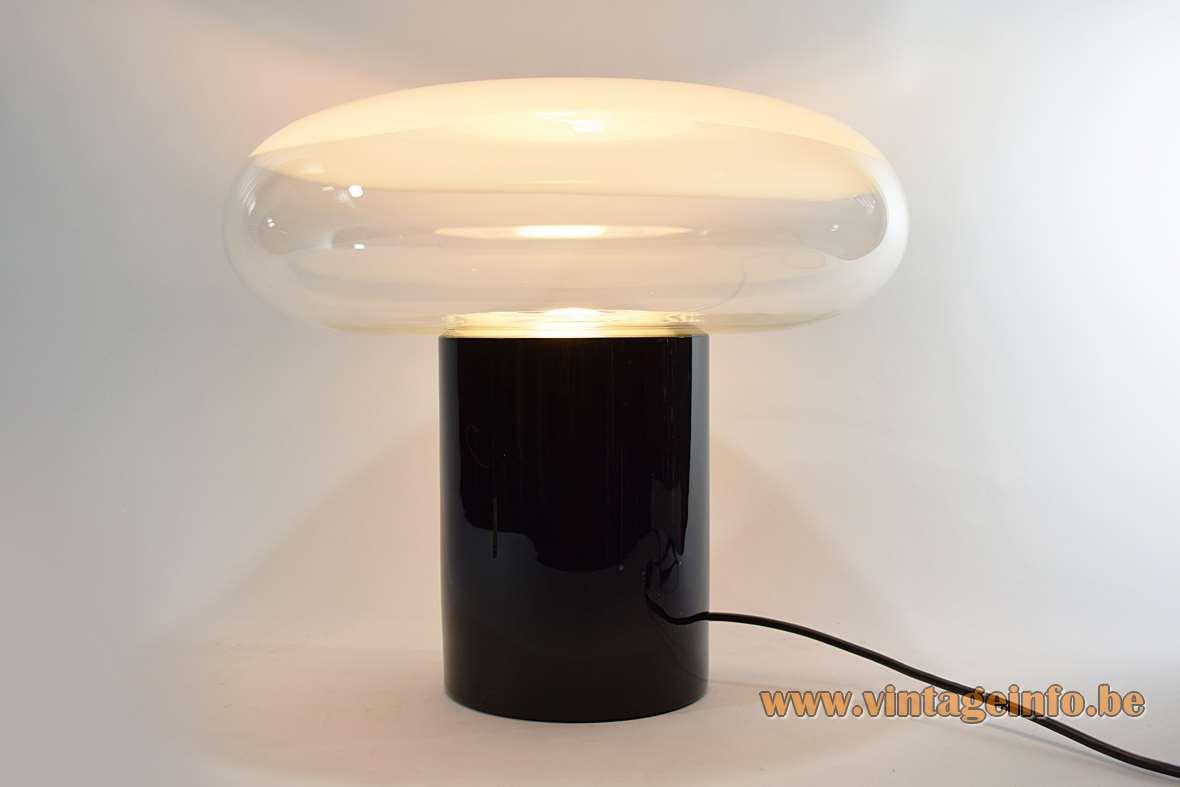 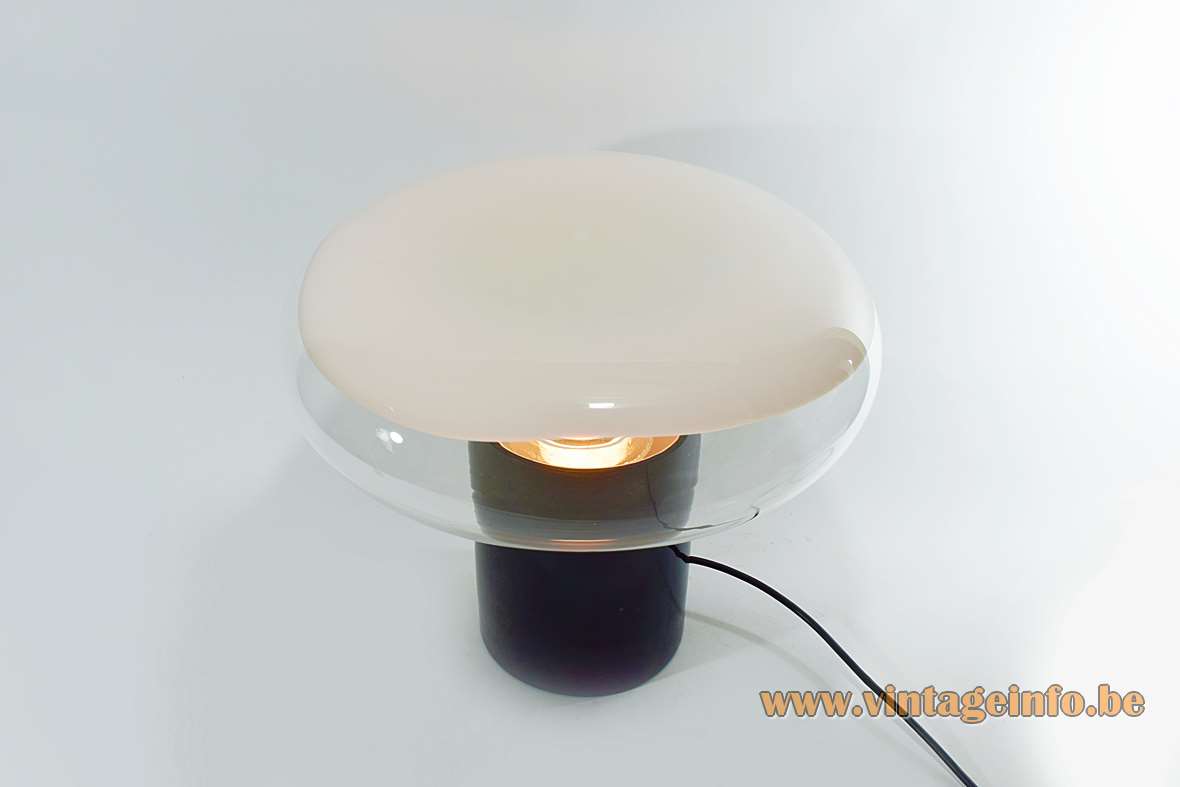 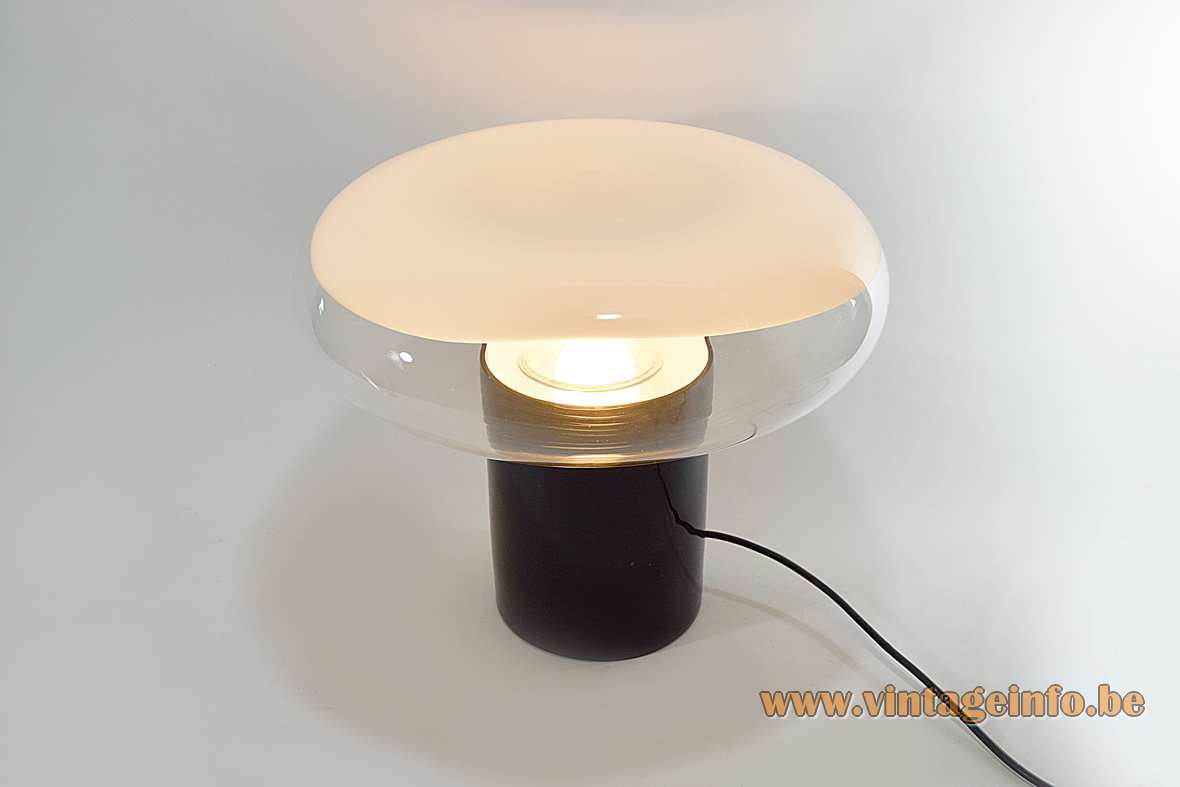 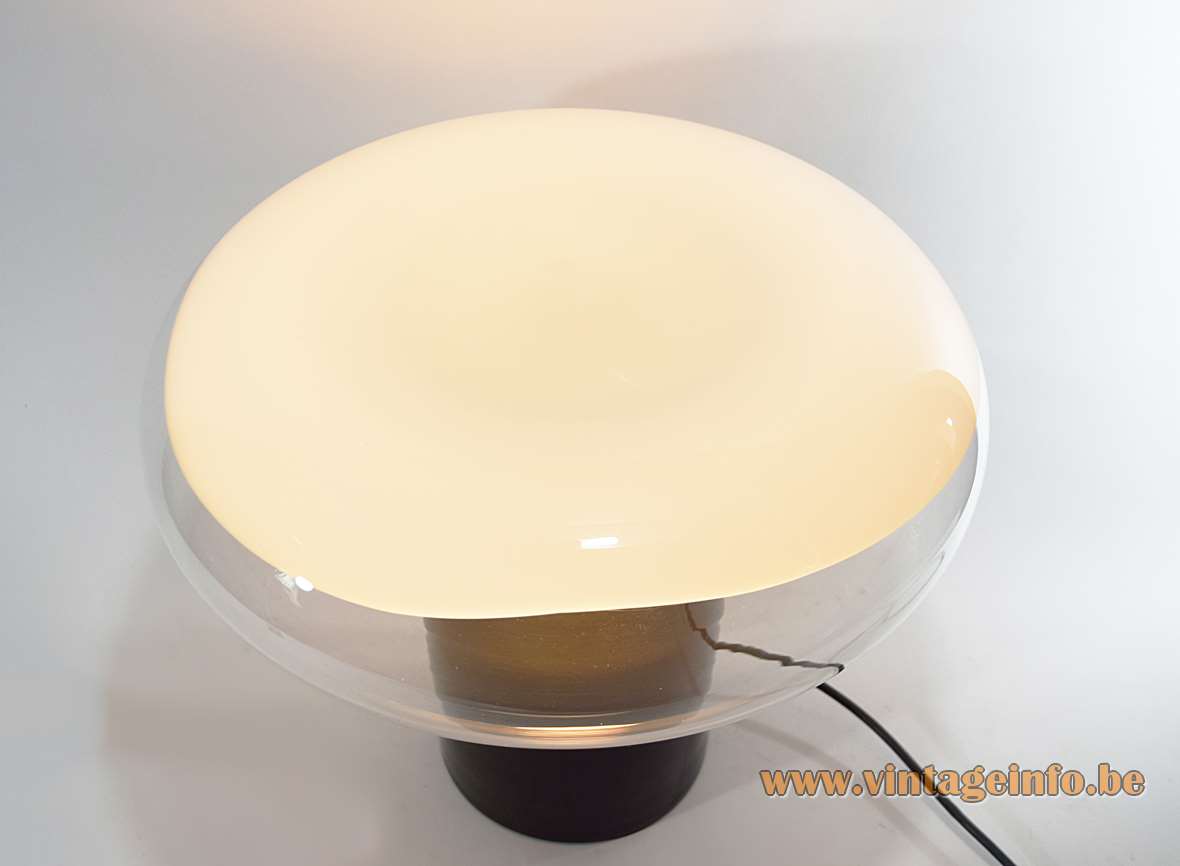 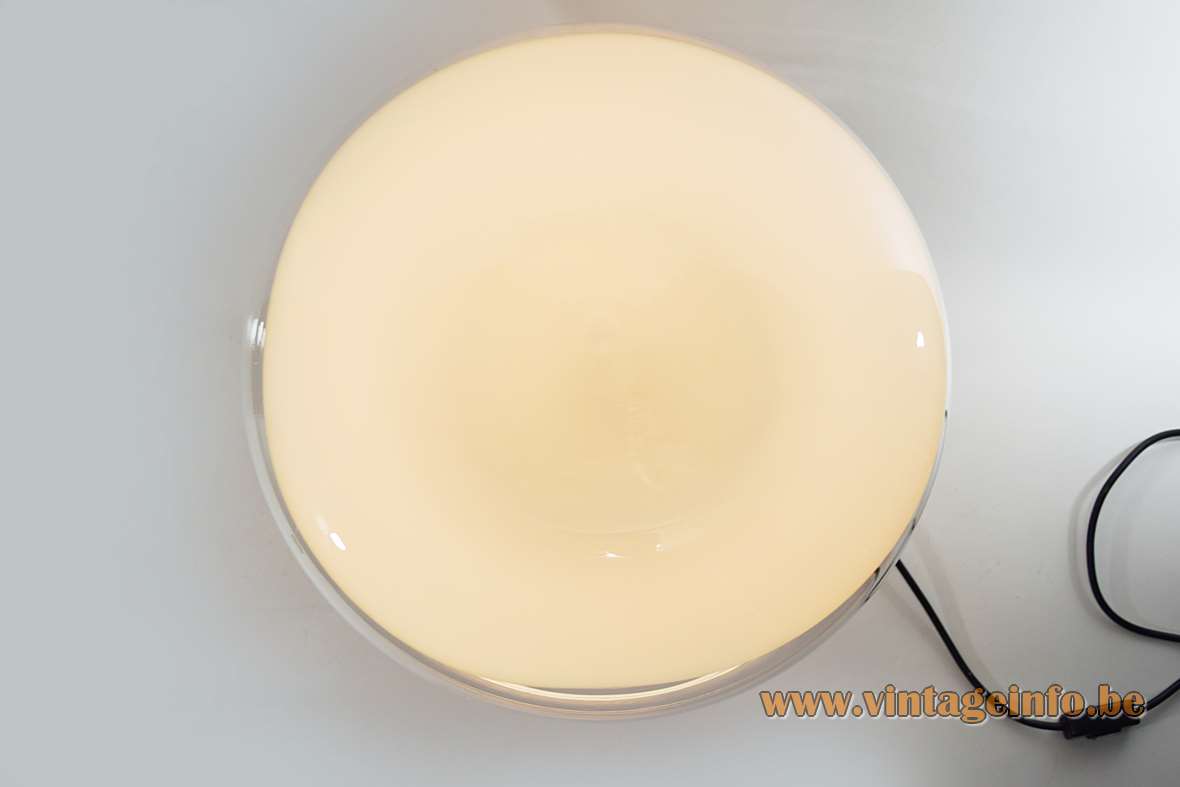 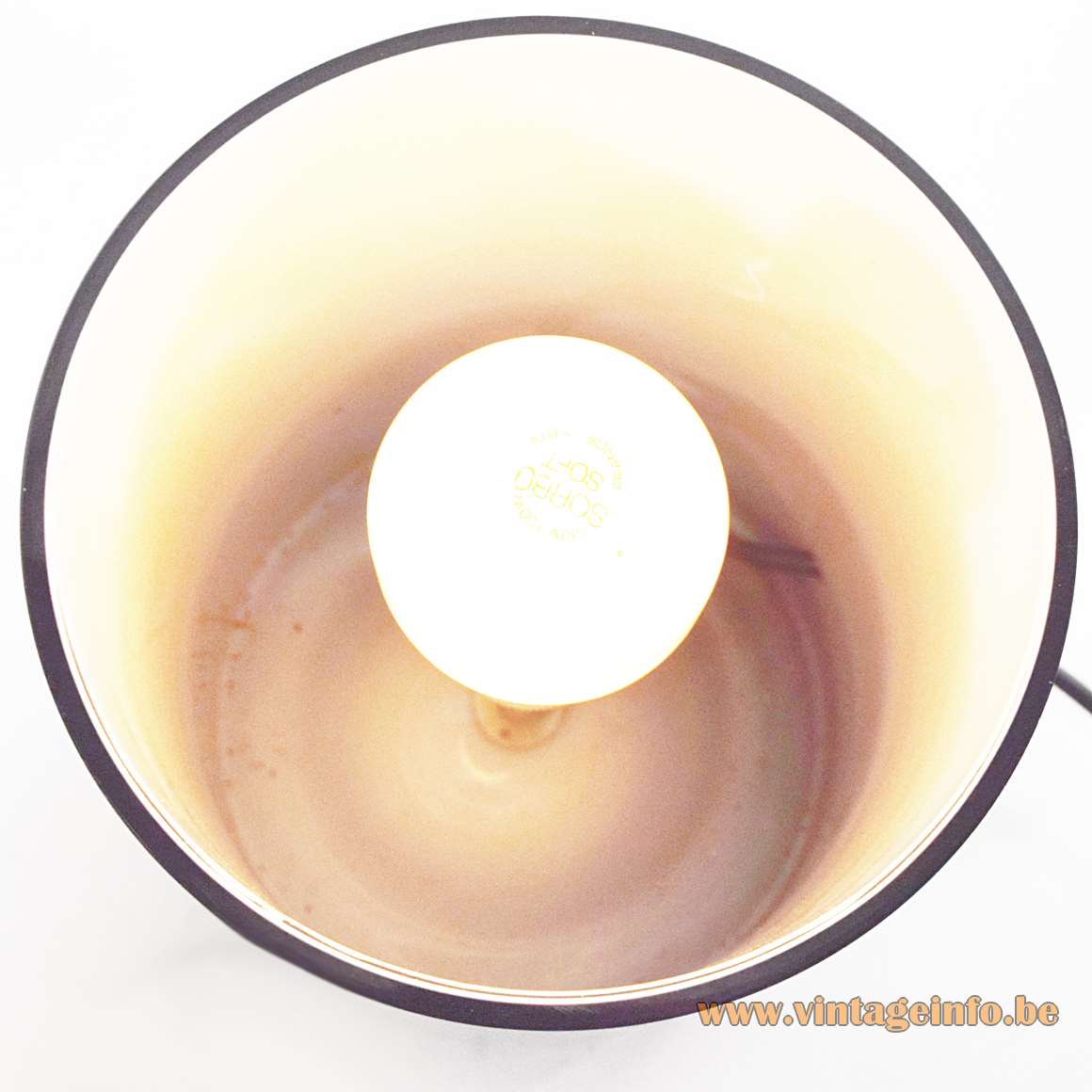 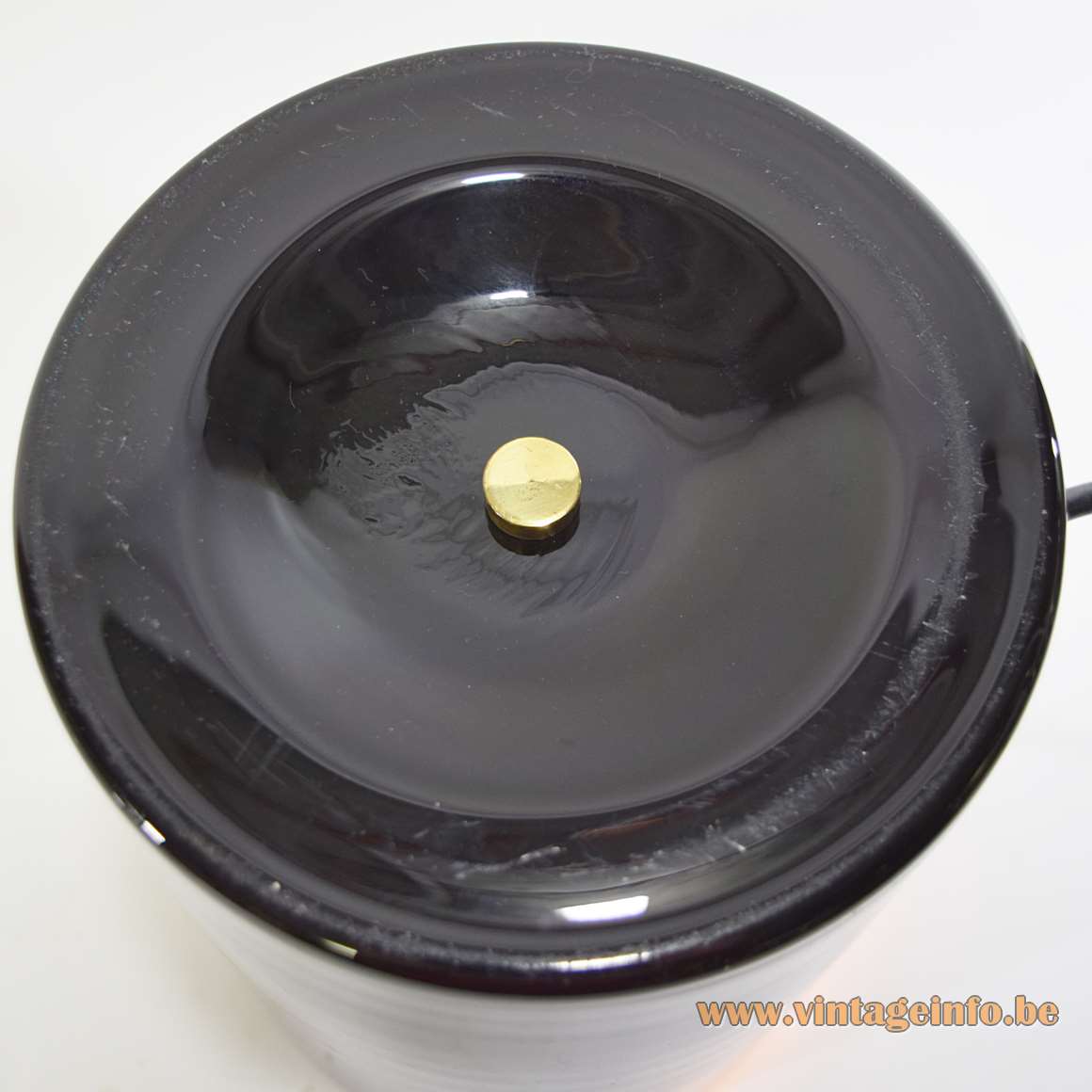 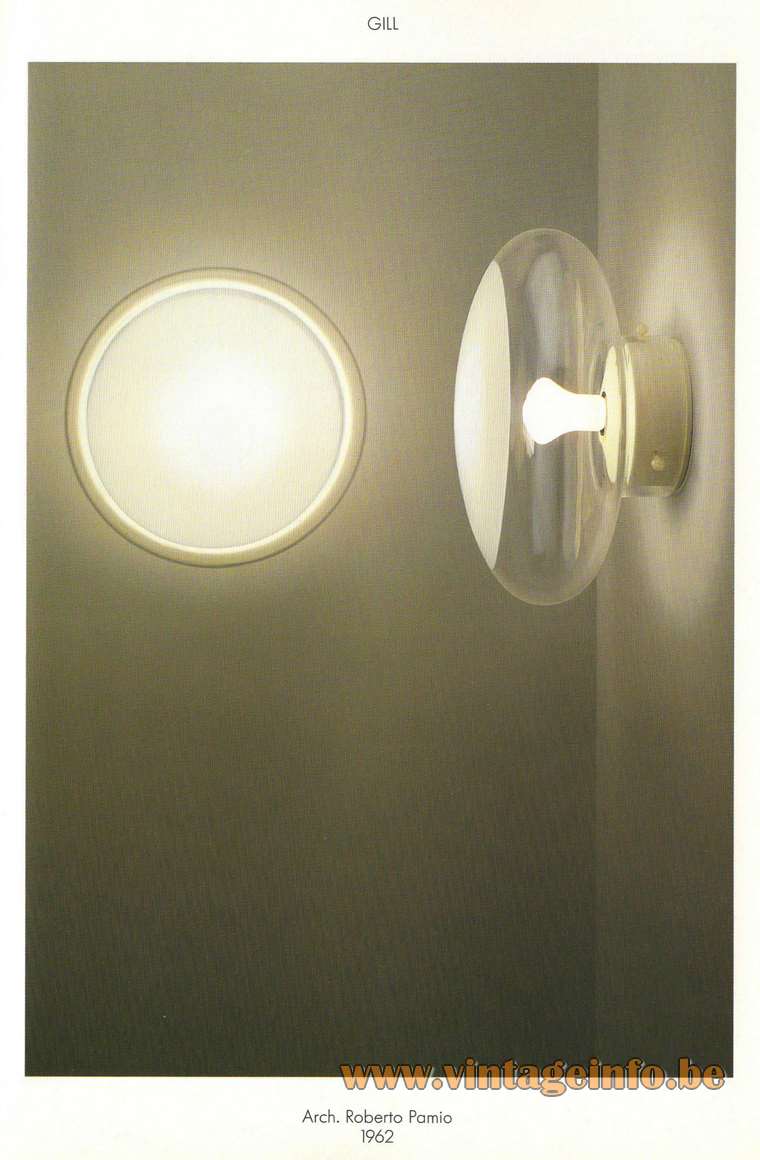 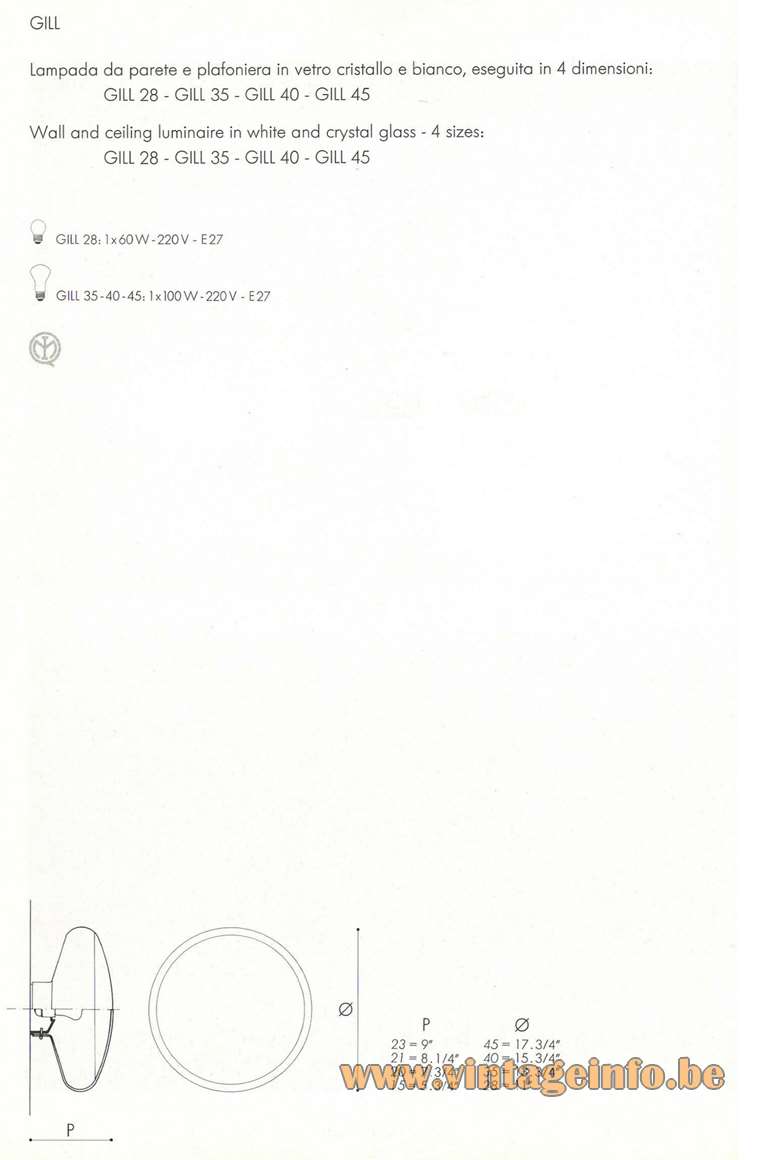 New Gill wall lamps are still for sale in some web-shops (2019), but not on the Leucos website. In all probability production has ended.  The Keyra, a wall lamp with many similarities, designed by Roberto Paoli is now for sale.

Other versions: This Leucos Gill table lamp is a strange version. “Normal” table lamps have a black aluminium base. This one is made in glass. Or it is a special version or the base was lost or broken and replaced. It would be strange, but you never know.

The Leucos Gill table lamp was designed by Roberto Pamio in 1962.  The wall lamp and flush mount are still in production. These lights exists in several sizes. The aluminium bases were made in black or white.

Roberto Pamio graduated from the Faculty of Architecture of Venice, works at an international level in the field of architectural planning and design. He studied under the guidance of professors such as: Carlo Scarpa, Giuseppe Samonà, Ignazio Gardella, Giancarlo De Carlo and Bruno Zevi.

The Leucos Gill 40 Wall Lamp was the first design in 1962 when the Leucos company started. Gill is a wall or ceiling mount featuring a round, hand blown glass diffuser in clear crystal with a circular white opal detail across the front. 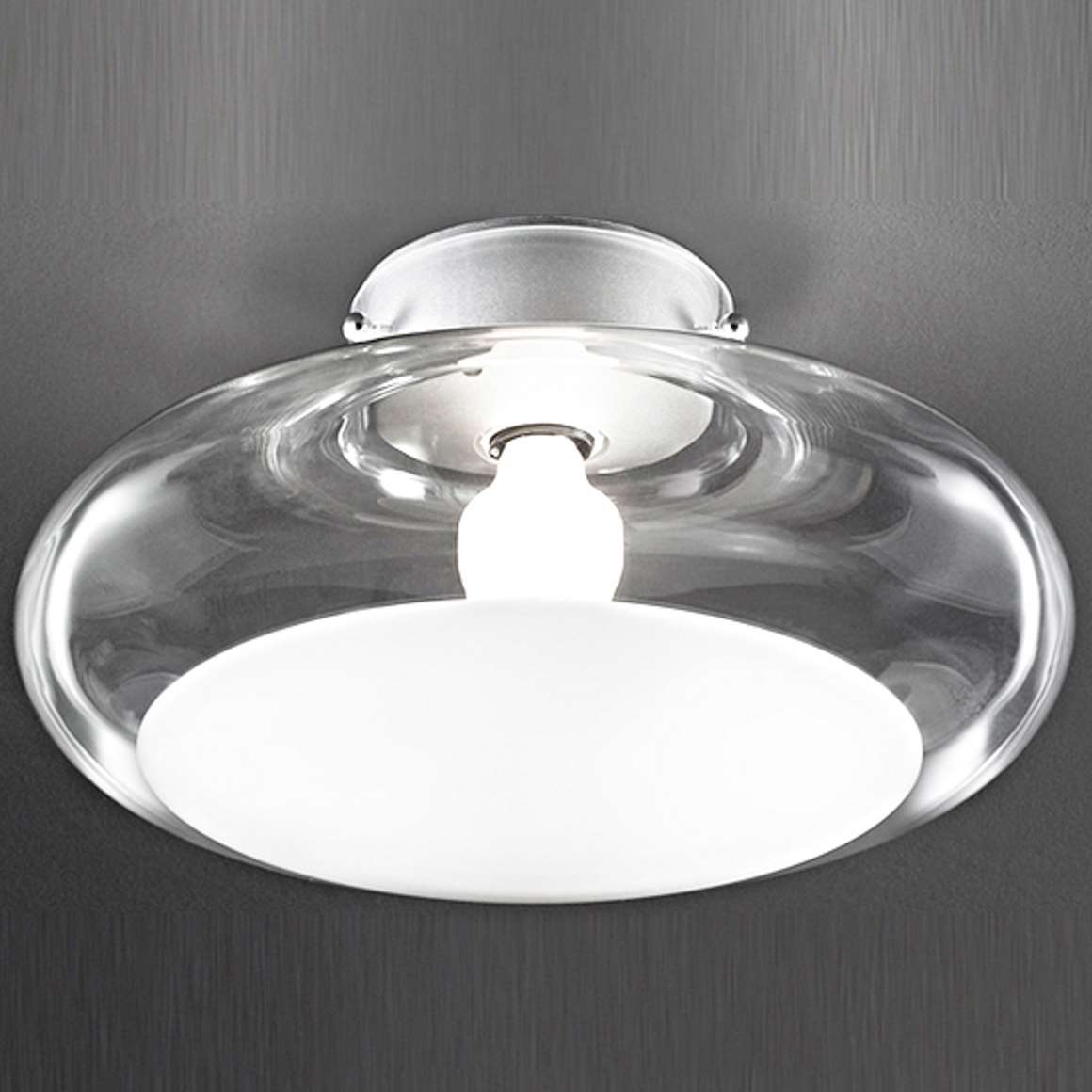 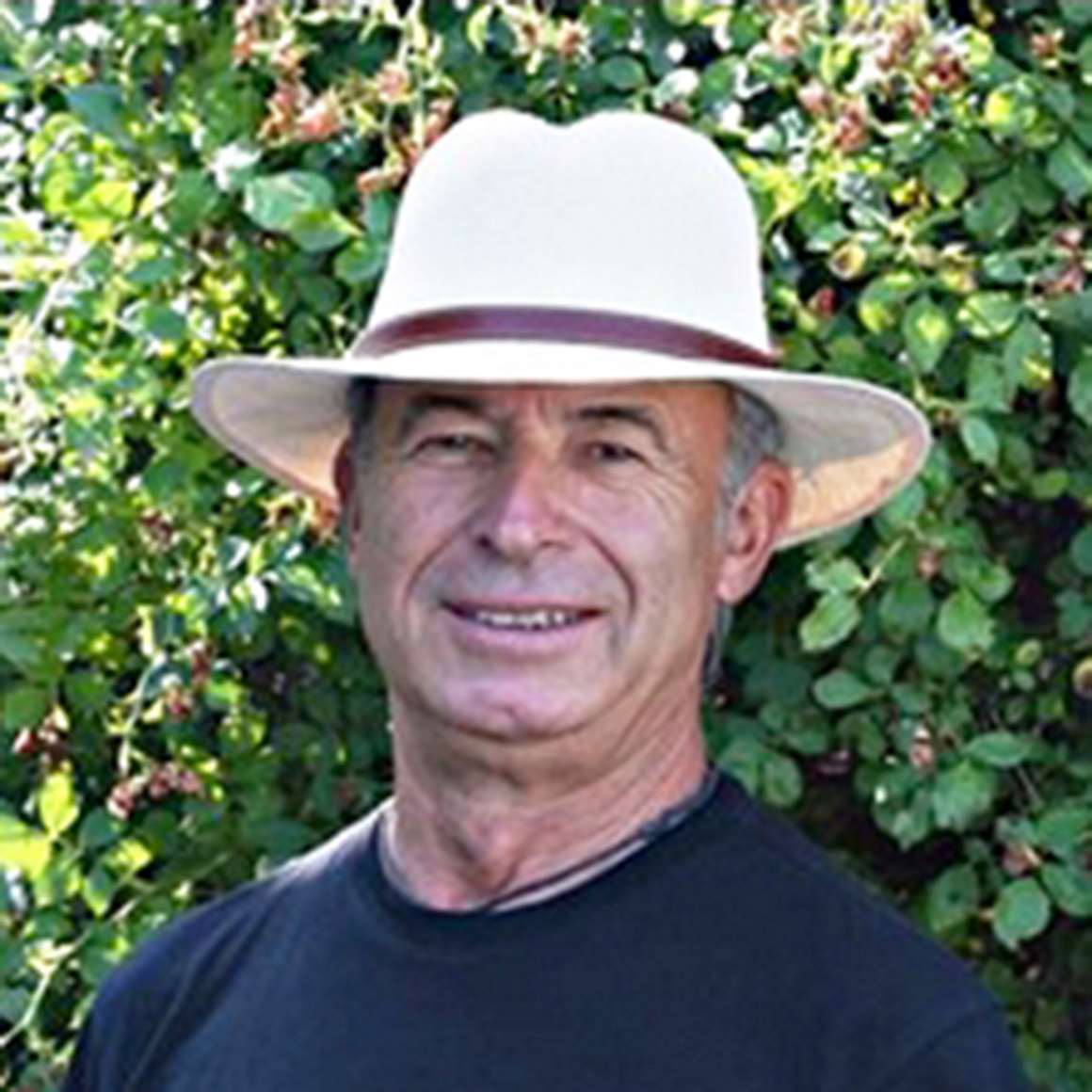