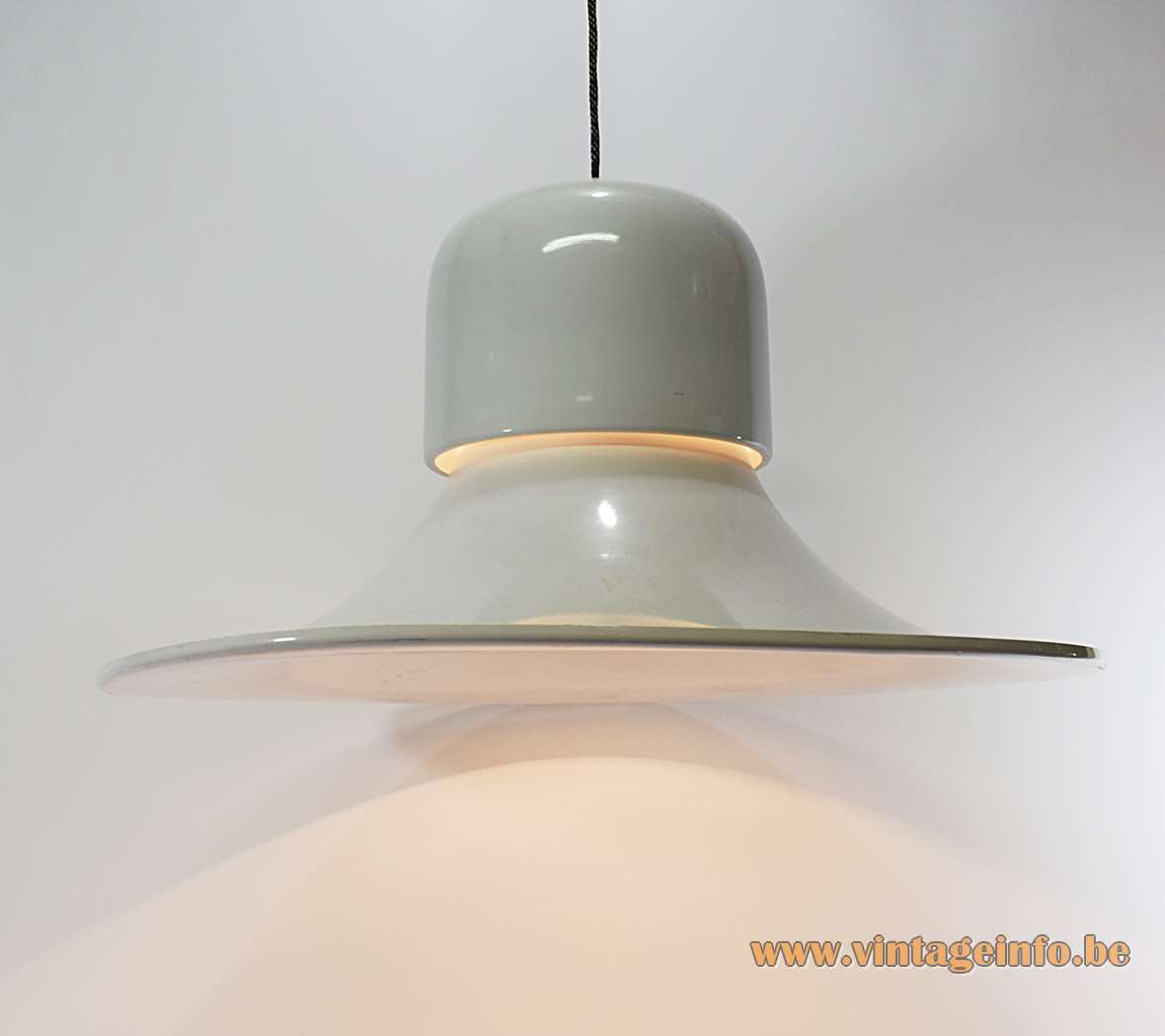 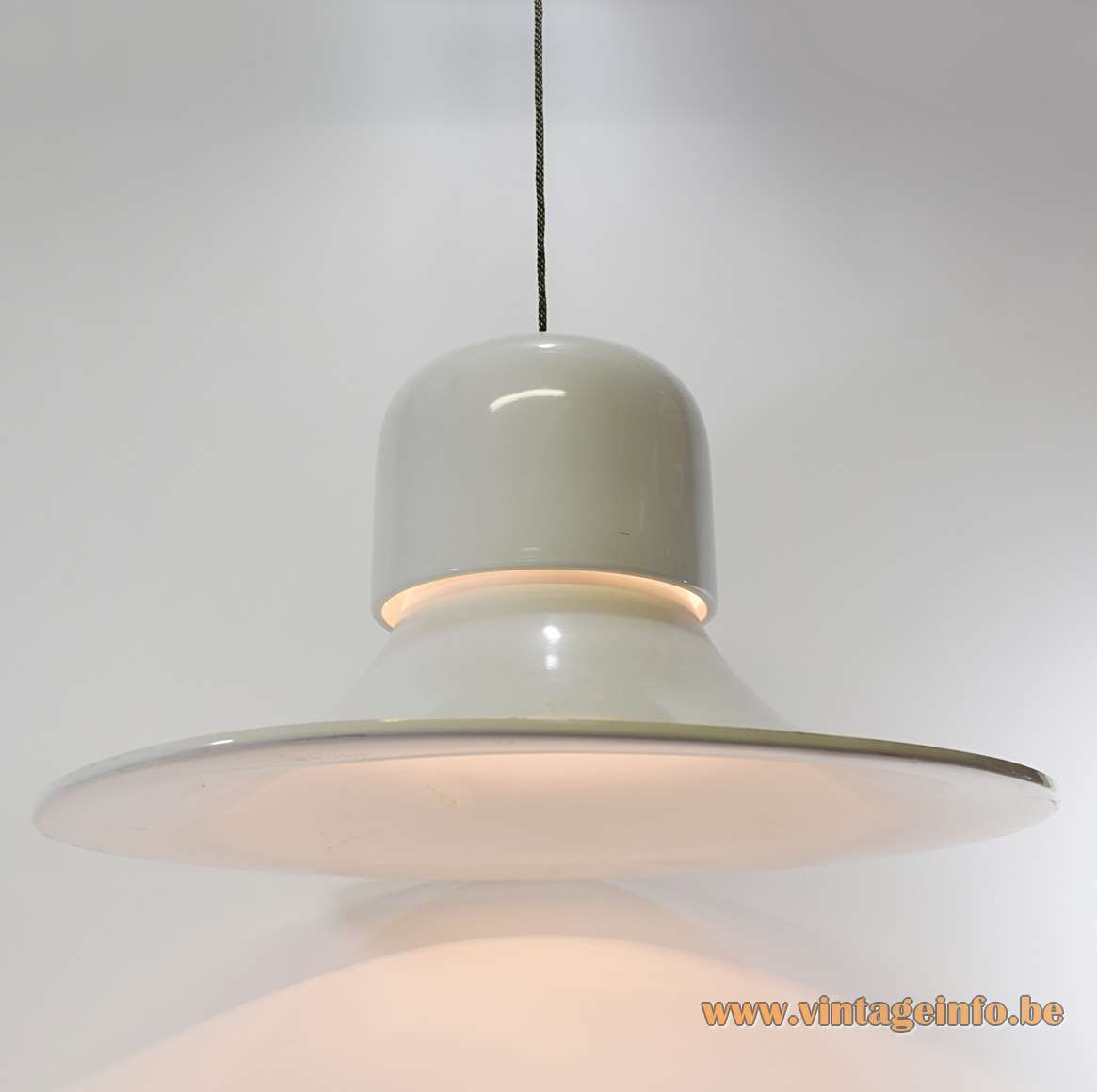 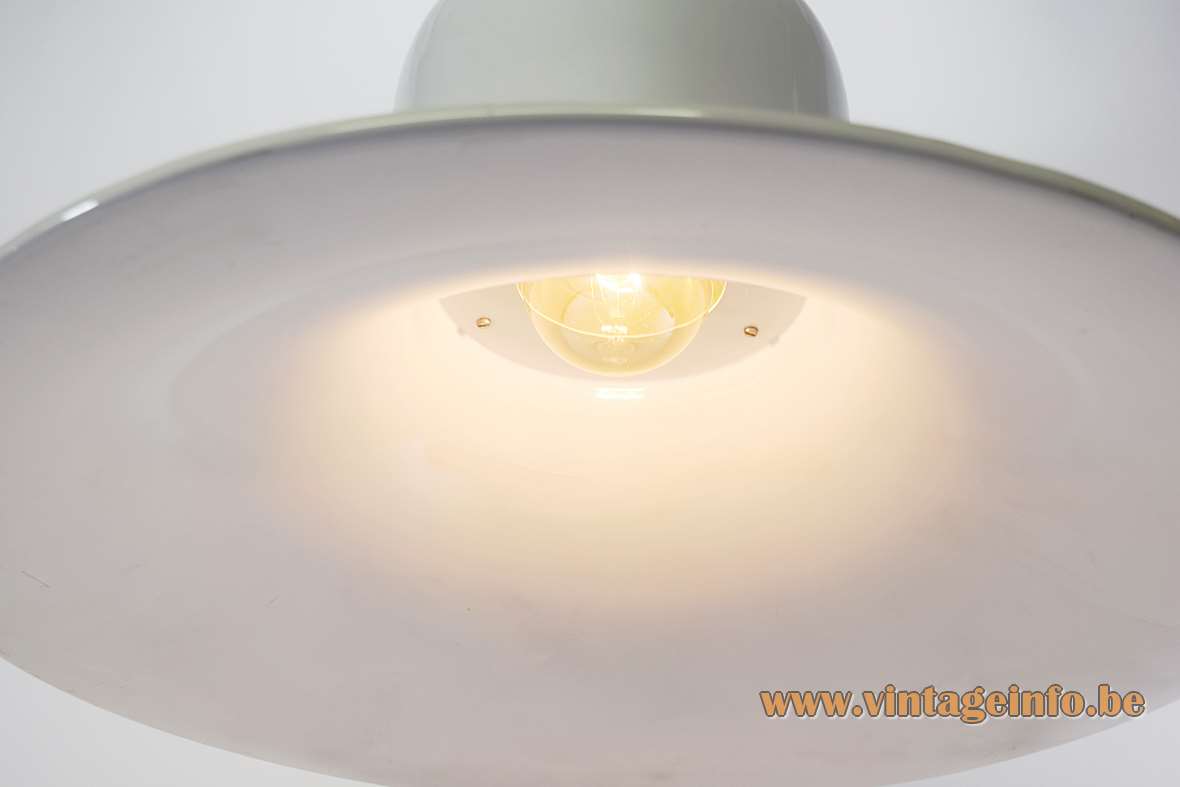 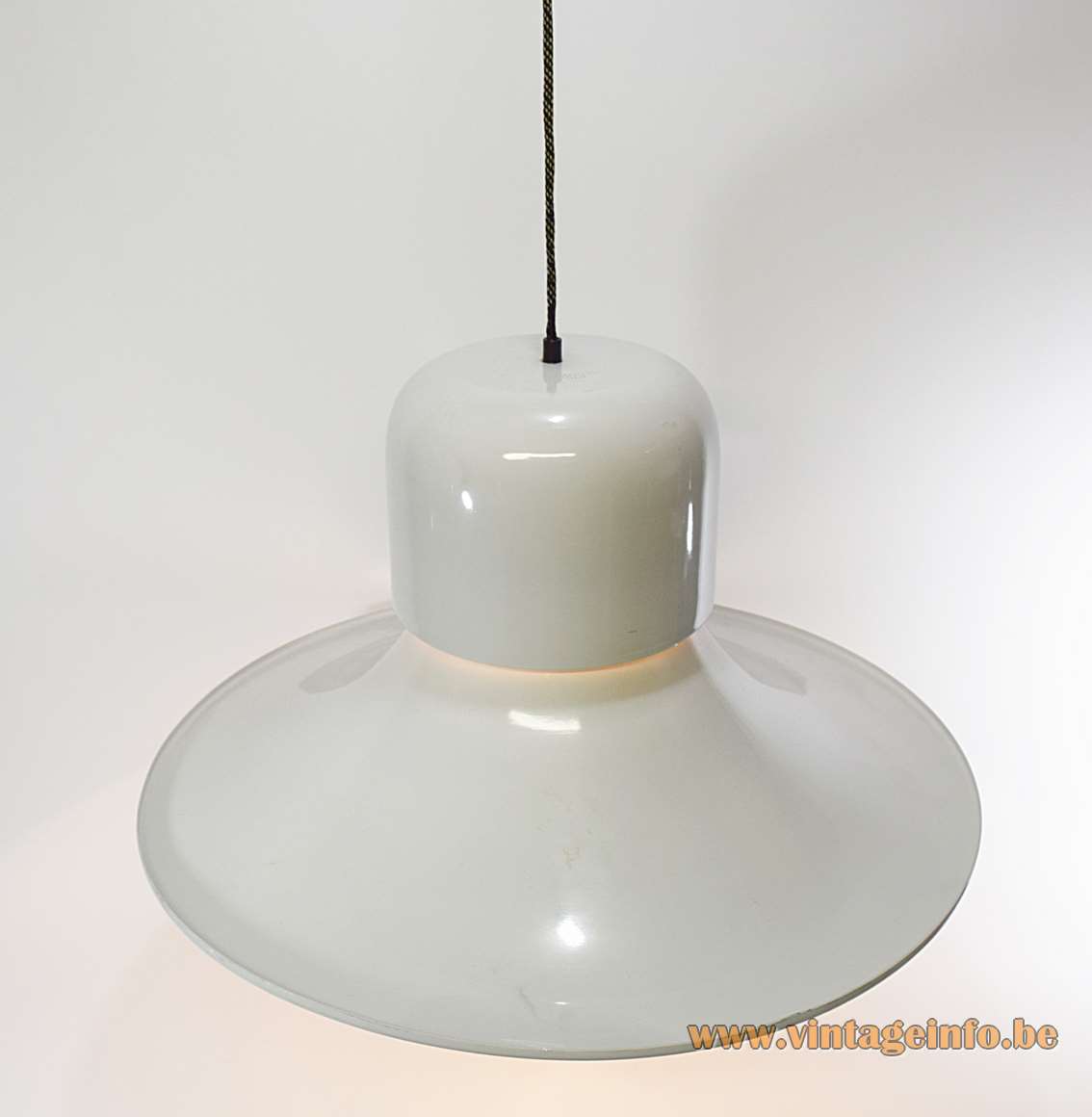 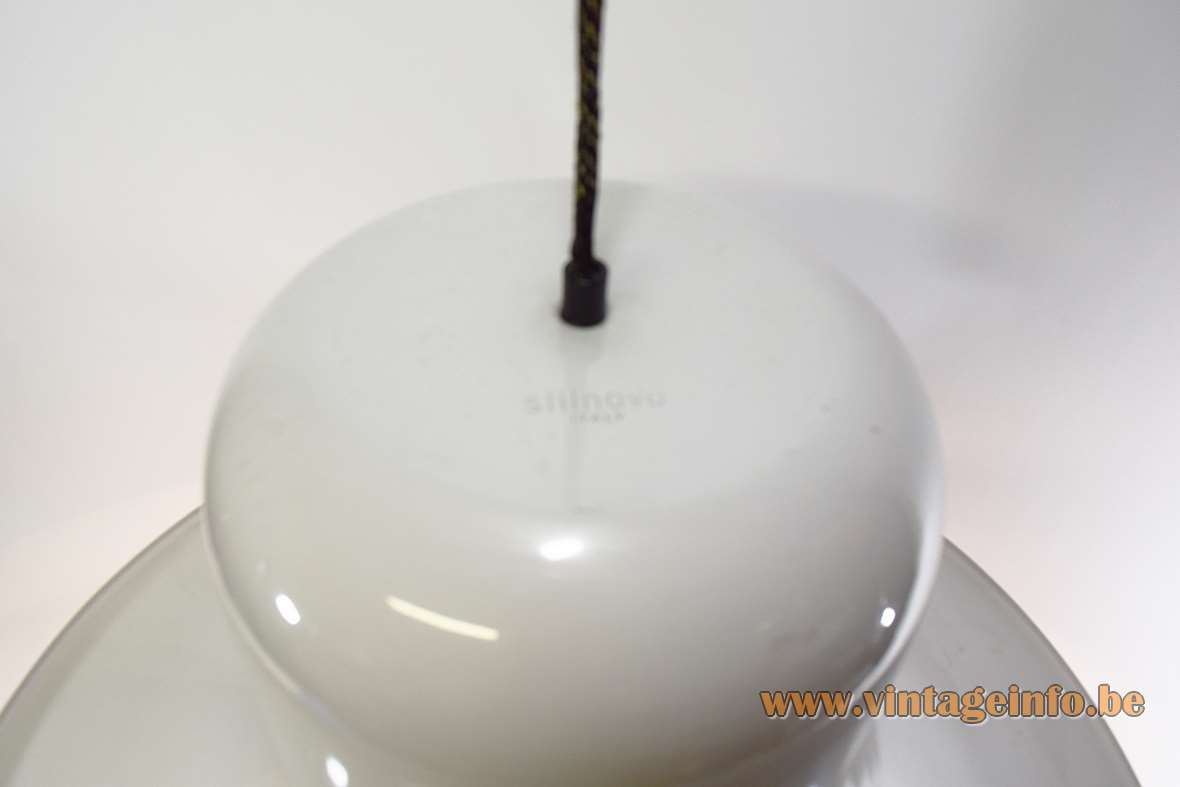 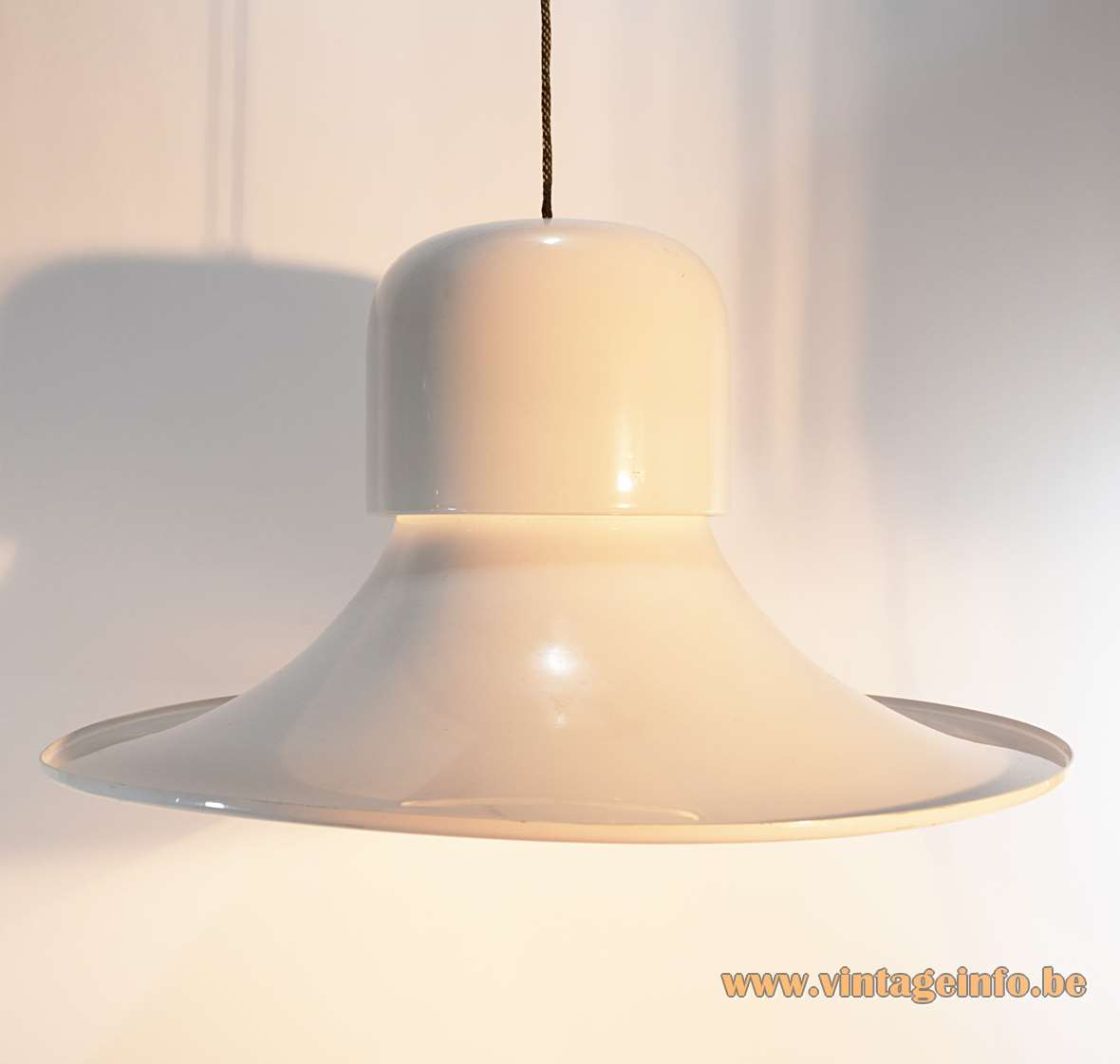 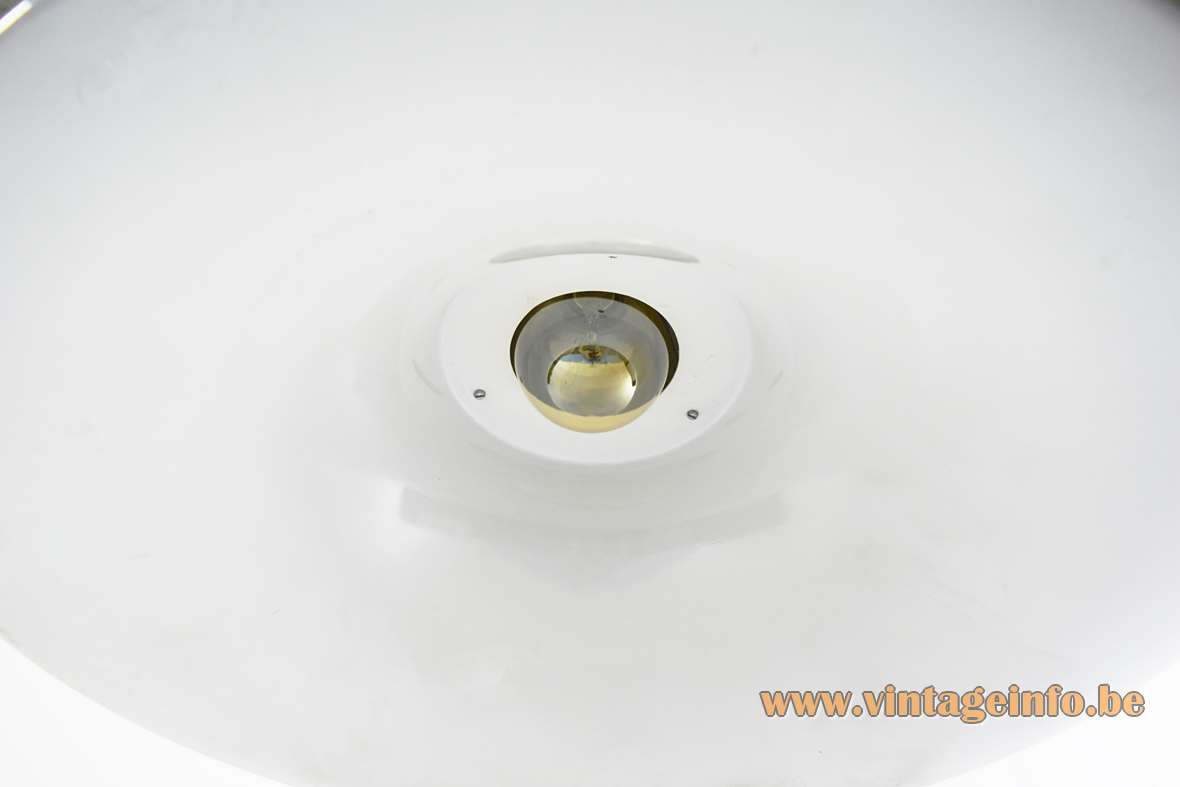 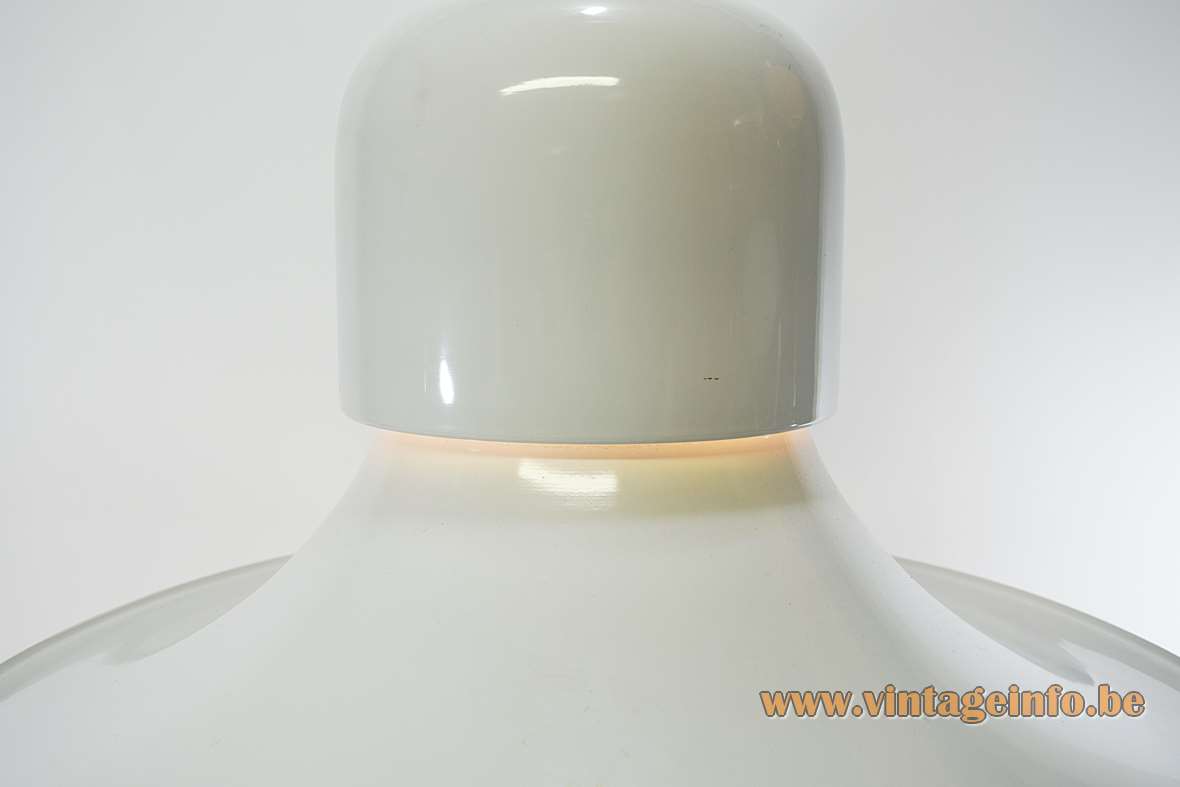 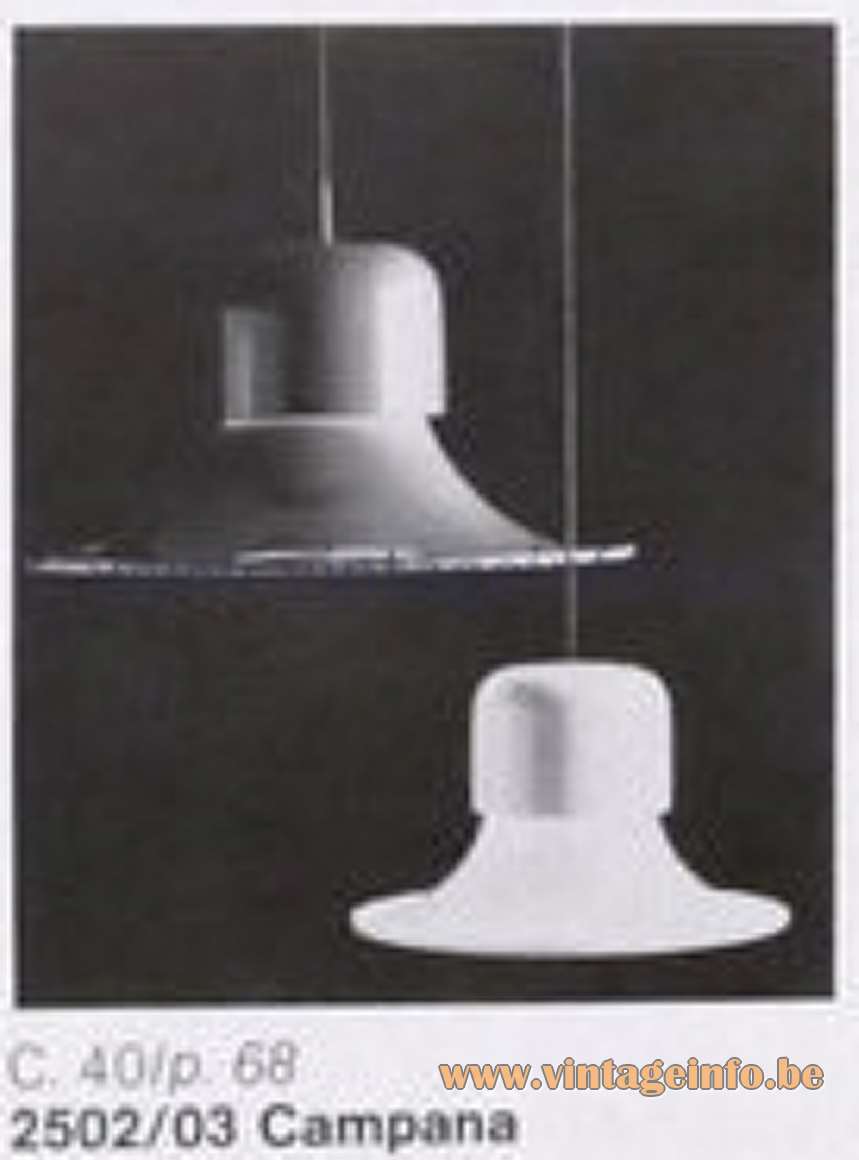 Designer: To be appraised, some sources say it’s Joe Colombo.

Other versions: The Stilnovo Campana pendant lamp was made in white, red, green… Also produced in a small version (∅ 42 cm / 16.53”). You can find the small version over here.

The Stilnovo Campana pendant lamp was also sold in Spain by Tramo, without the Stilnovo stamp on top of course. It only has a Tramo label.

Joe Colombo designed several lamps for Stilnovo such as the Triedro floor lamp and the Topo desk lamp.