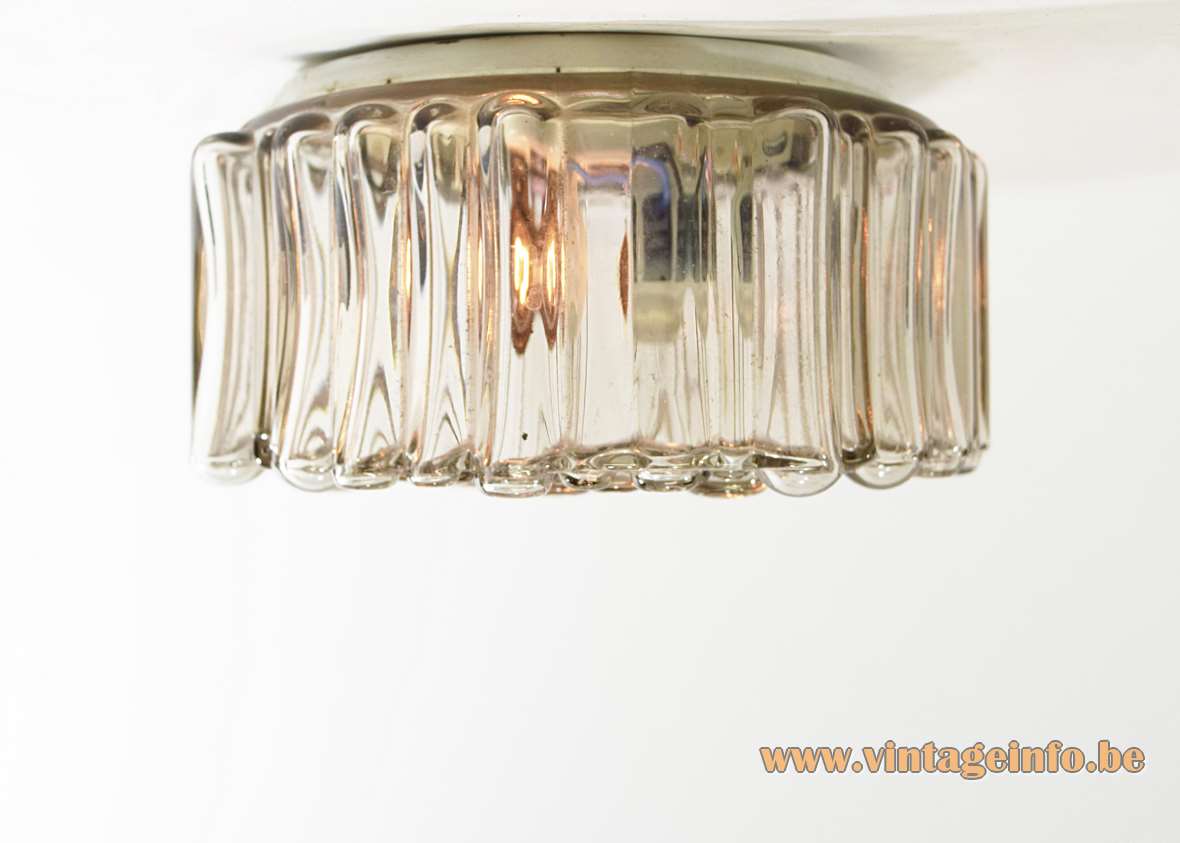 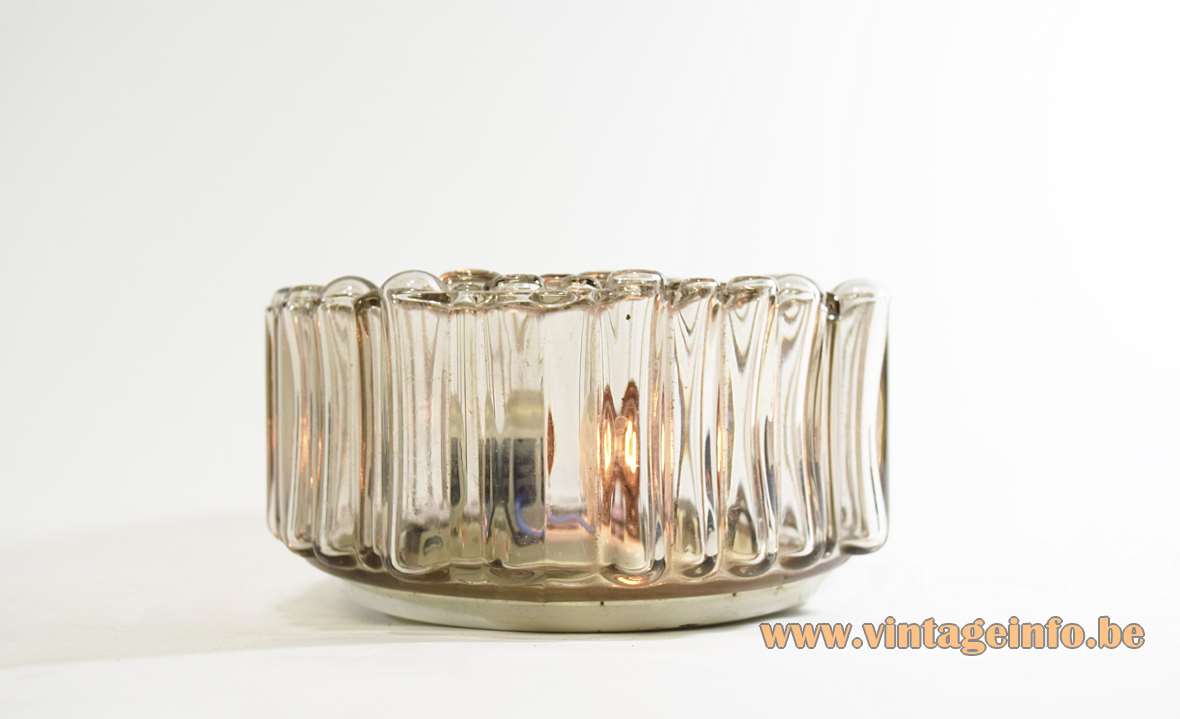 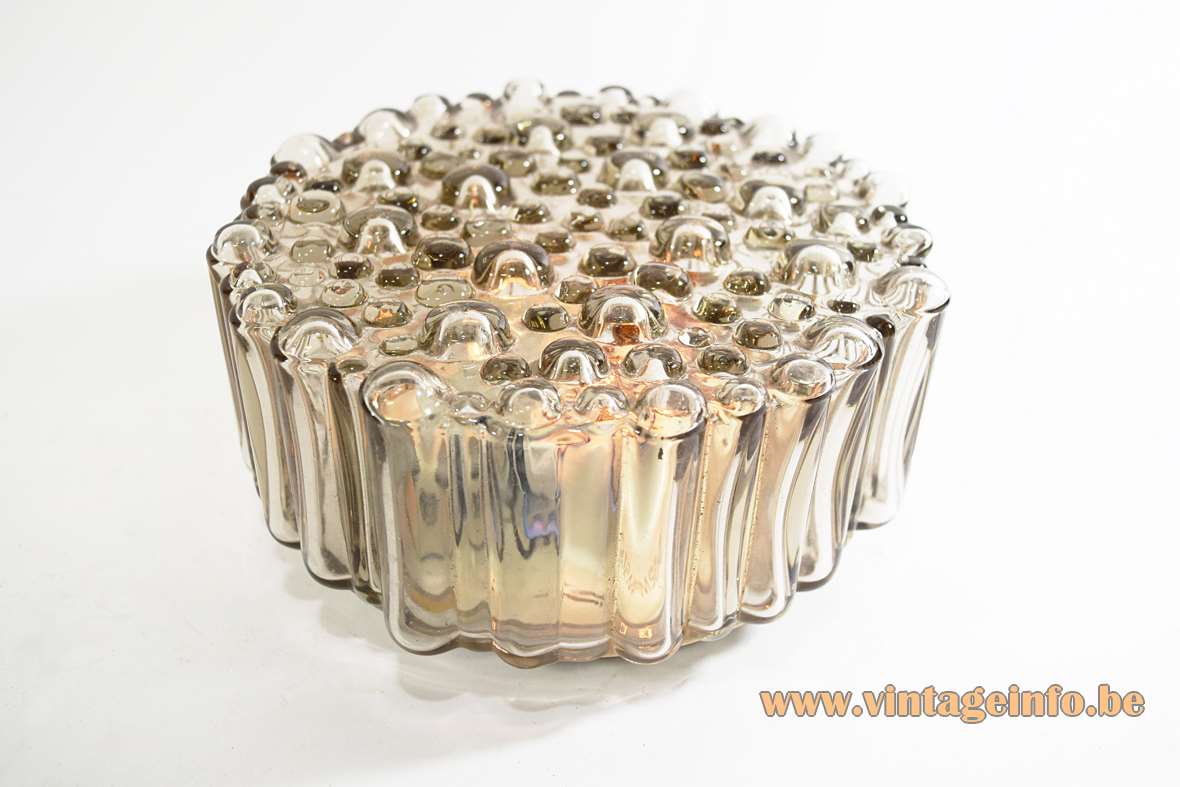 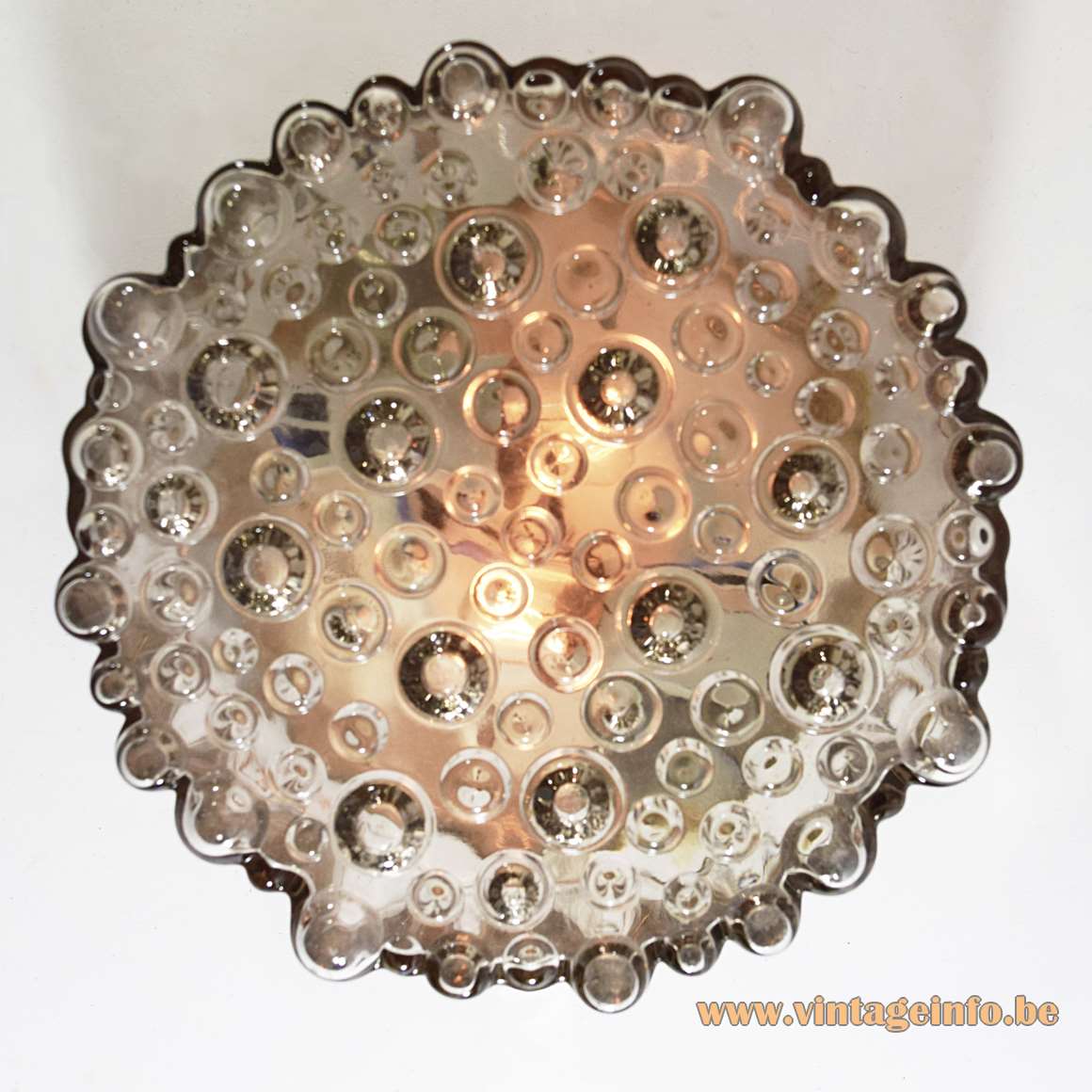 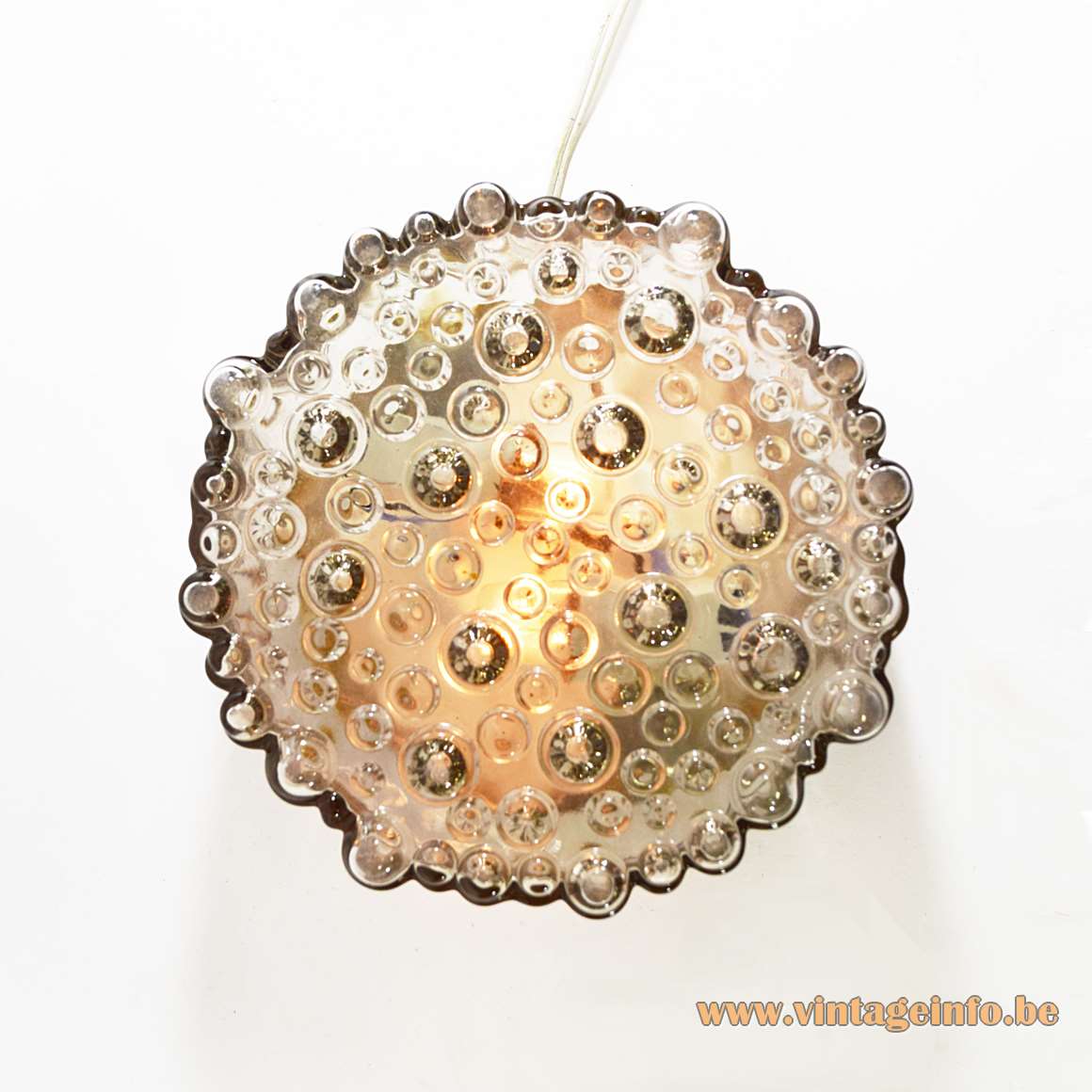 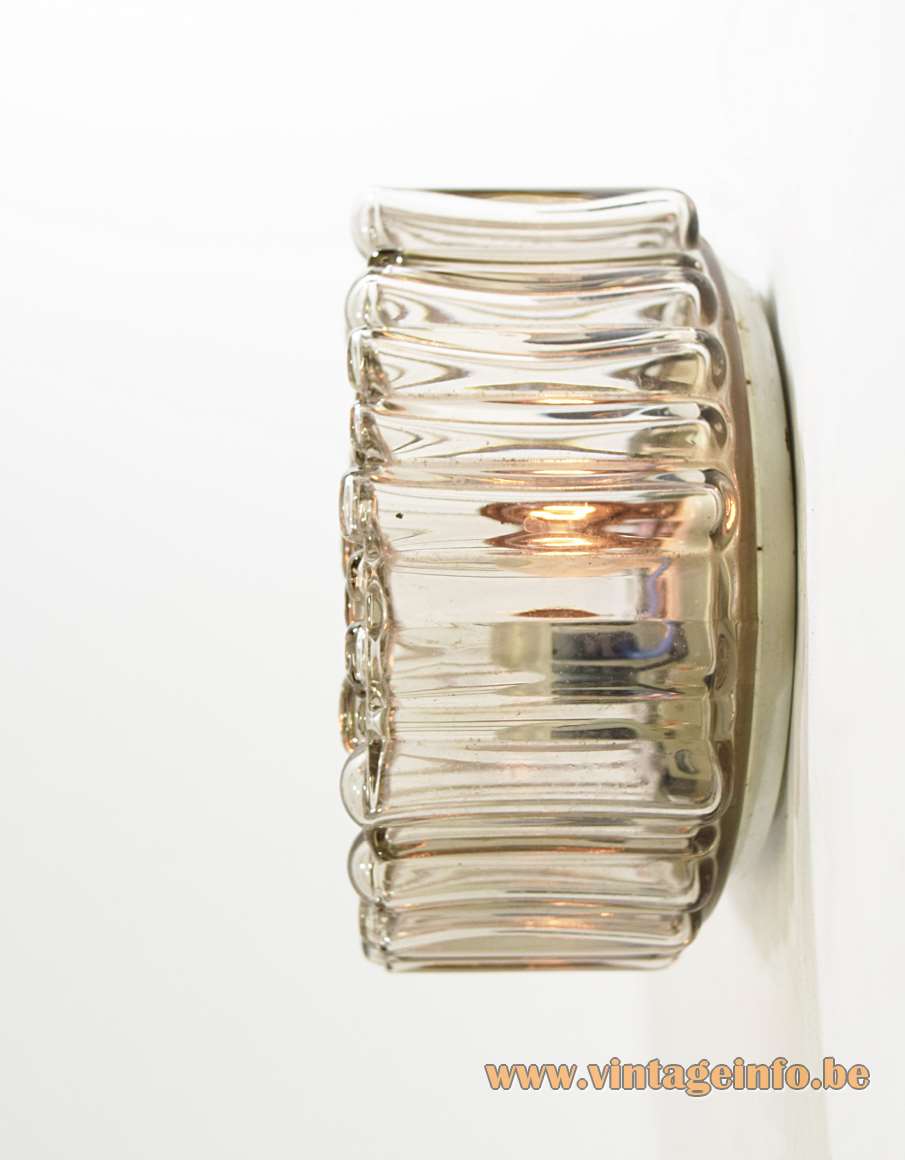 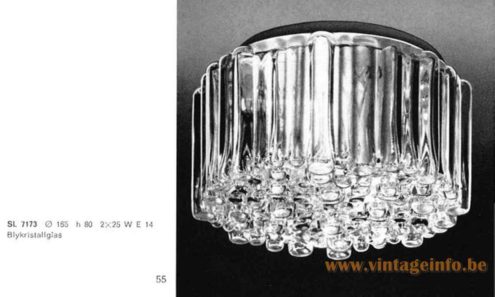 Electricity: 2 x E14 bulbs, 2 x 25 watt maximum, 110/220 volt.
Any type of light bulbs can be used. But preferably very small bulbs as in a refrigerator, clear or opaque/white.

Other versions: This Staff bubble glass flush mount or wall lamp exists in 3 different sizes and was made in many forms. Also made as a pendent lamp, a combined pendant lamp, table lamps and others. Also made quadrangular. A nice example of a pendant chandelier with the same glass parts as this flush mount or wall lamp can be found here on Vintageinfo.

These lamps are often attributed to Helena Tynell, but here bubble lamps are different. She designed bubble lamps in the sixties for Glashütte Limburg, another famous German lighting company. More info about those lamps can be found here on Vintageinfo. 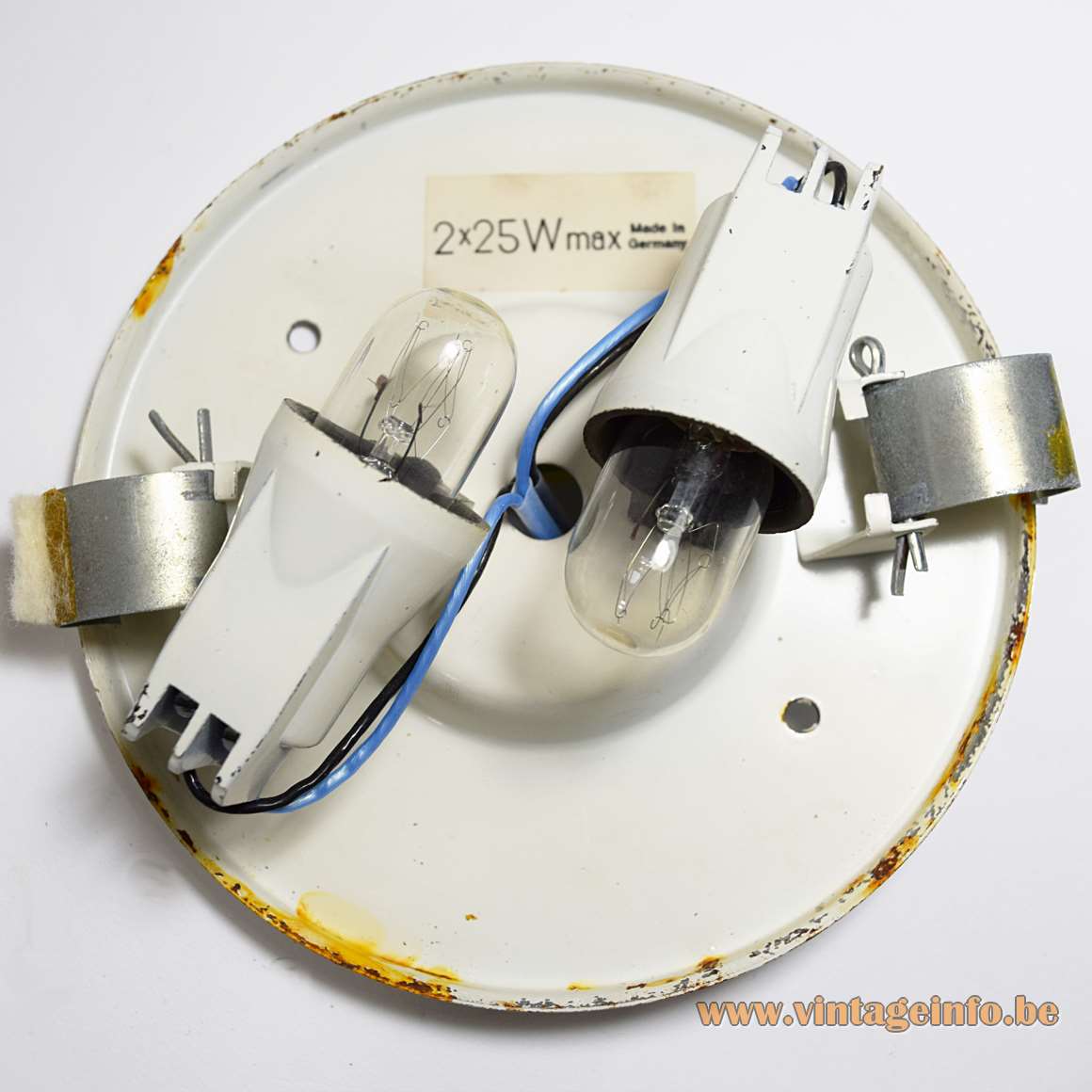 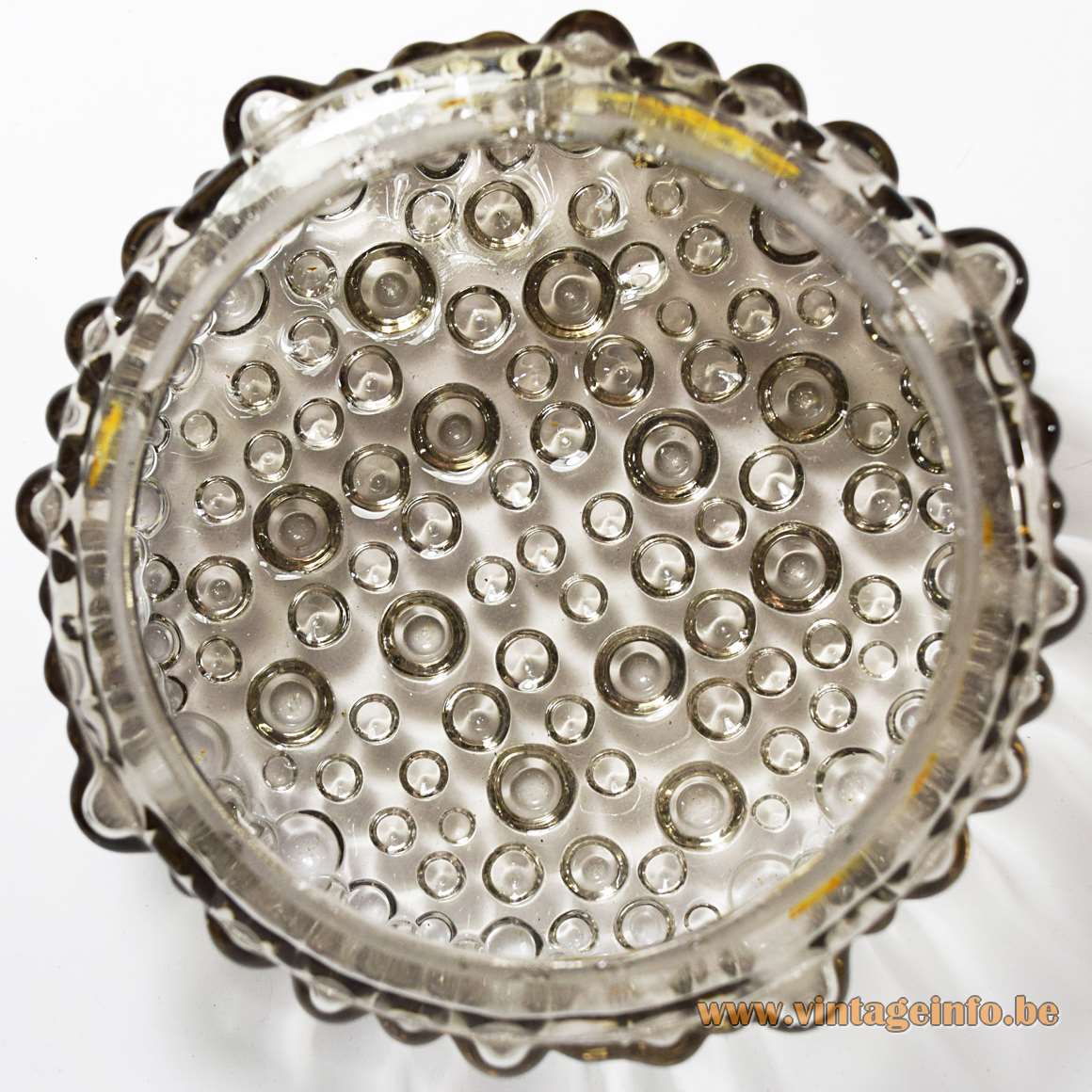 Staff lamps in the 1965 Lilux catalogue