Other versions: These Herda square acrylic wall lamps exists in several variations. Also made as a pendant lamp and a table lamp.

Often sold or presented as lamps made by Raak Amsterdam, but Raak never made lamps like these. Another Dutch company Dijkstra Lampen made a comparable square wall lamp with the same brown acrylic, but it has a metal wall mount. 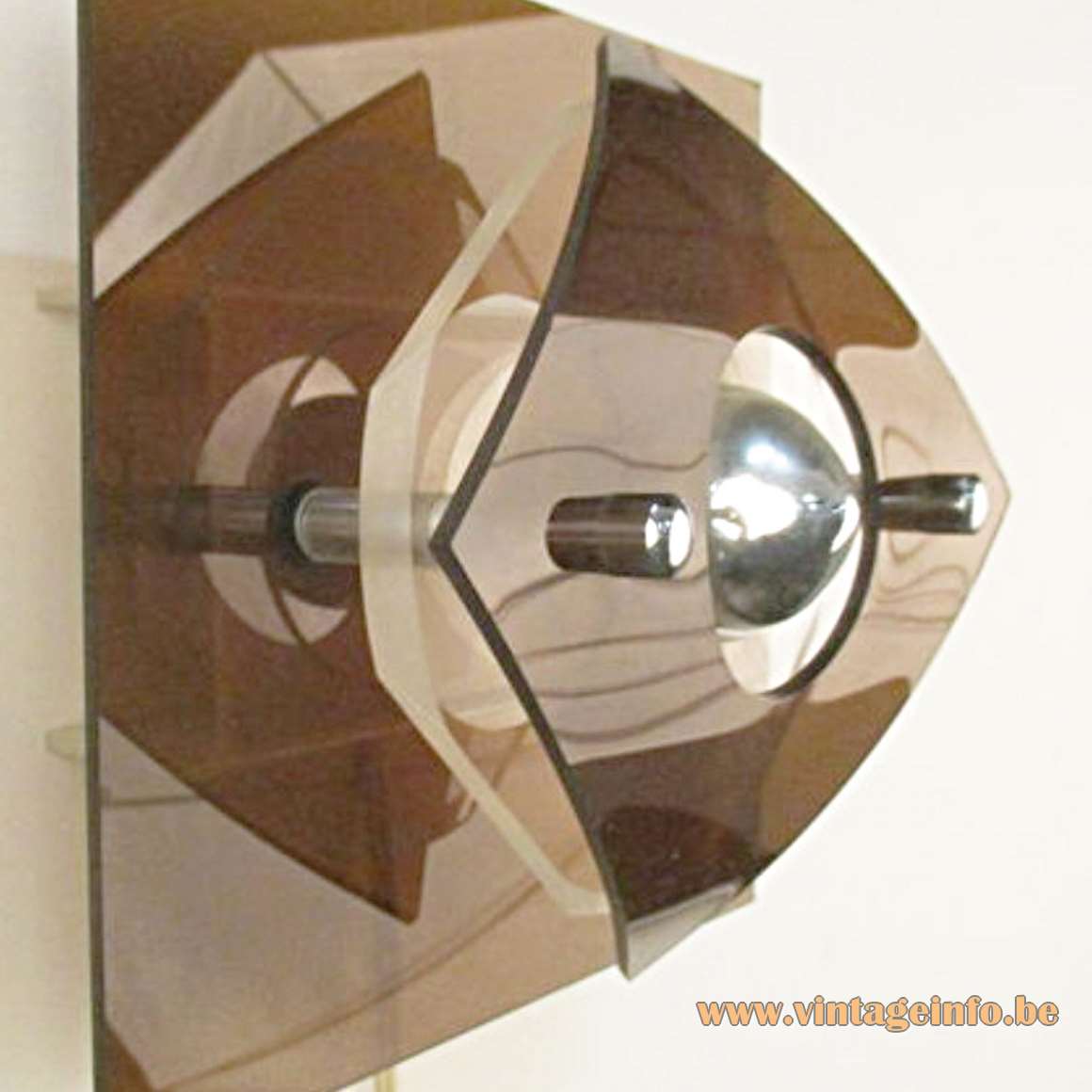 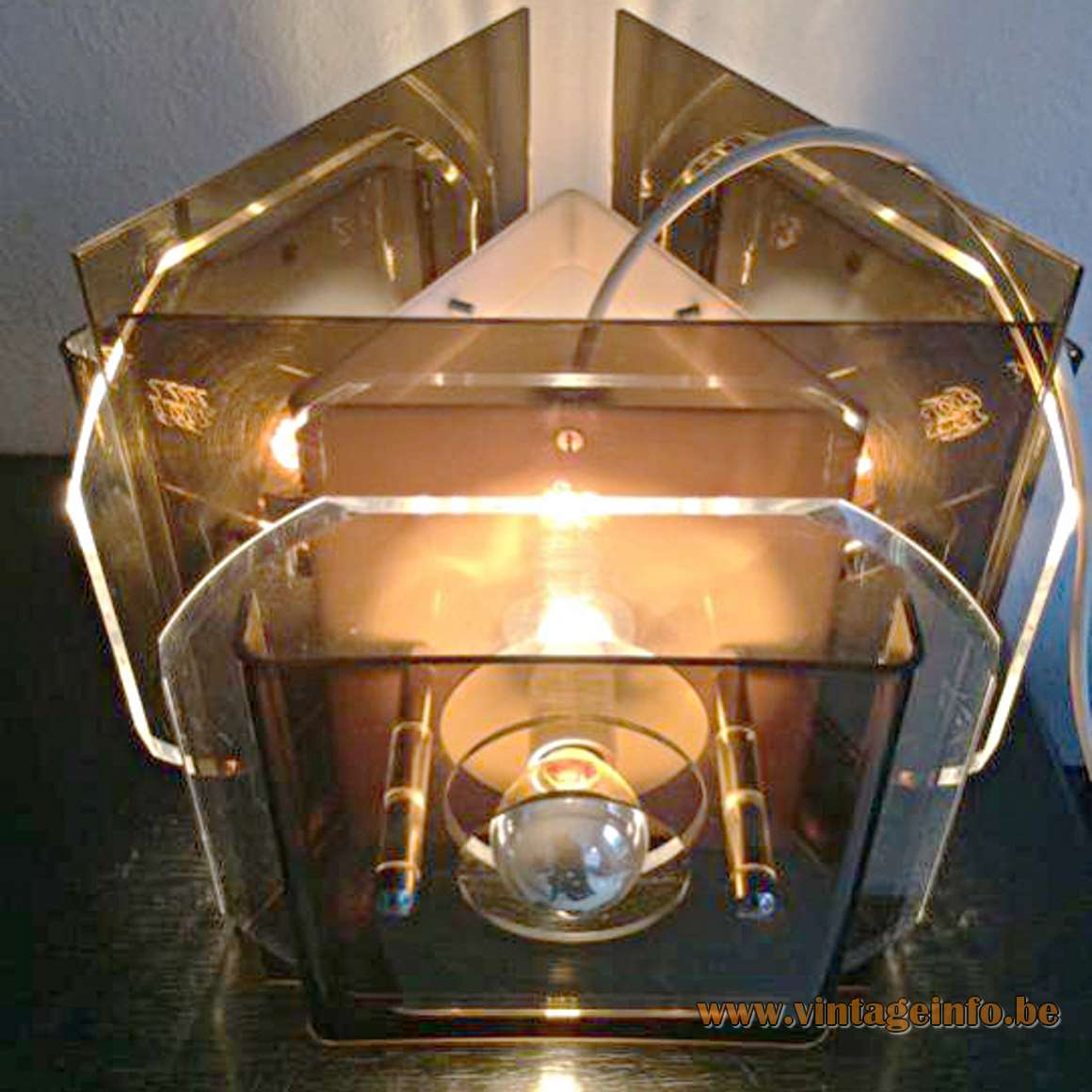