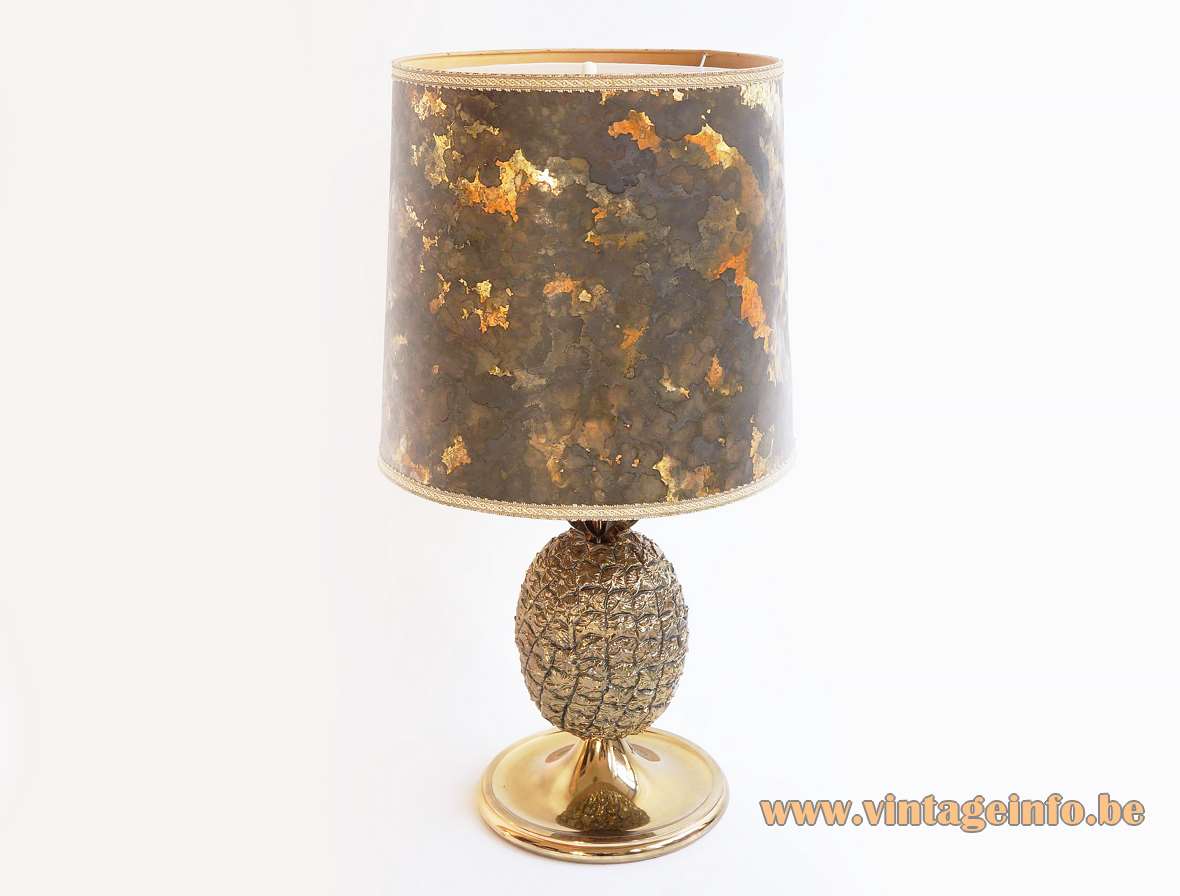 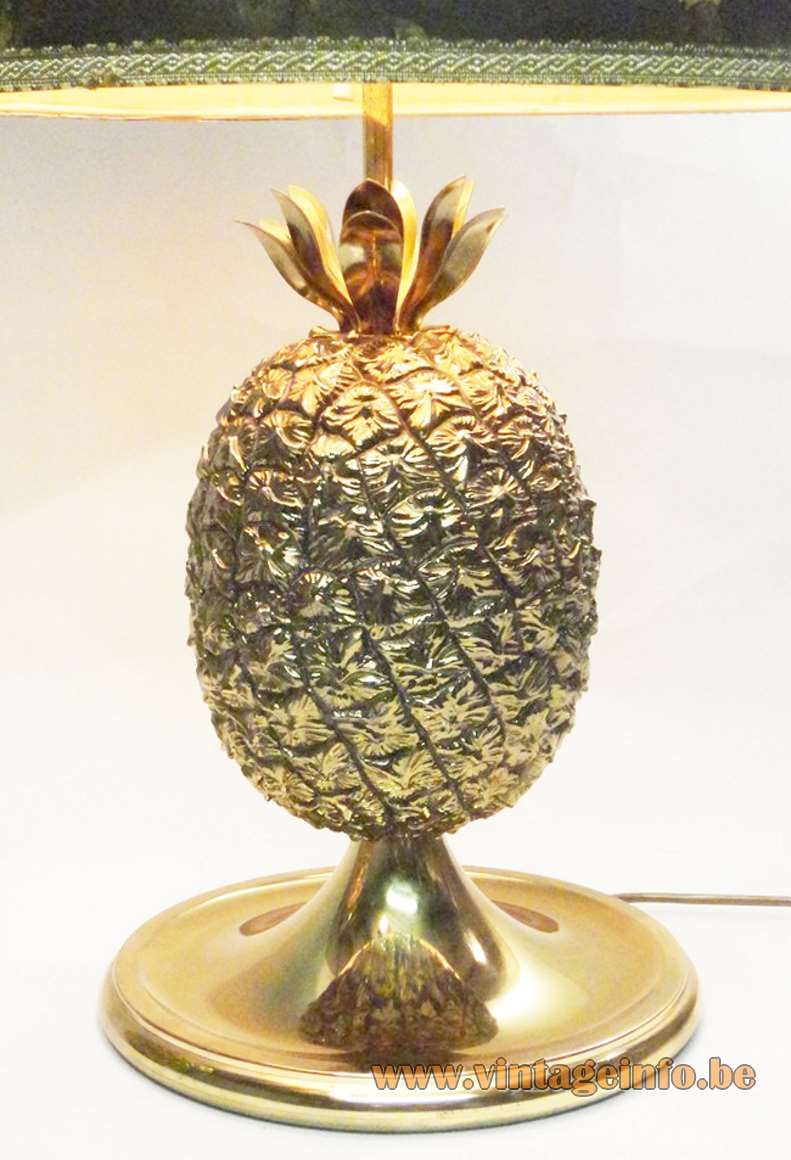 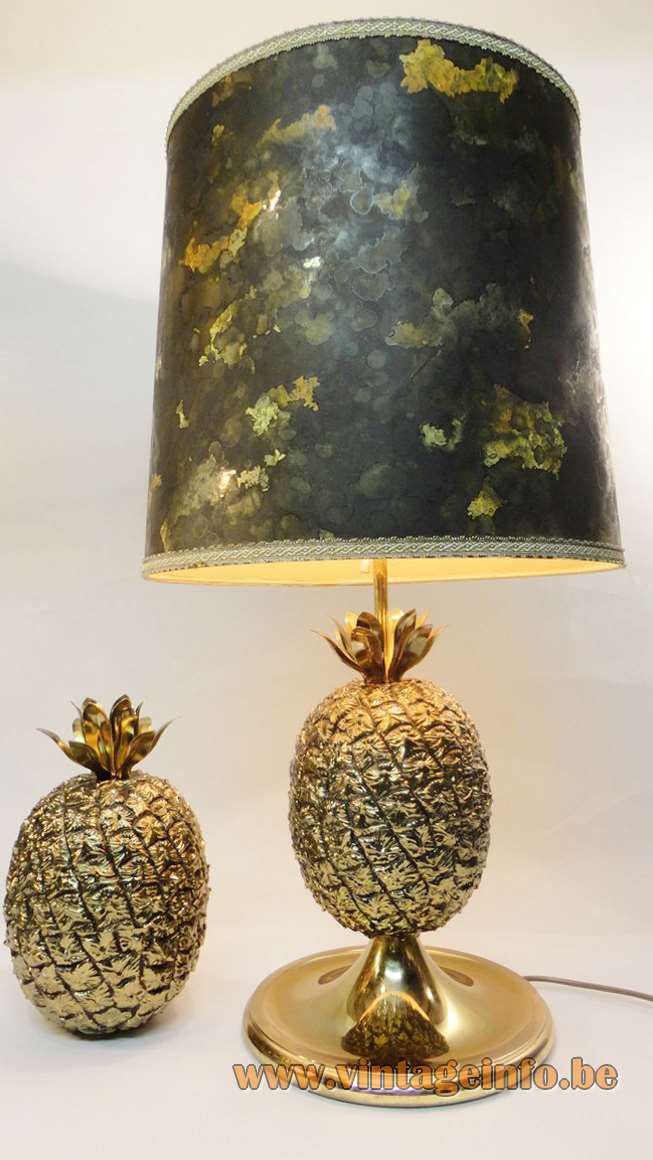 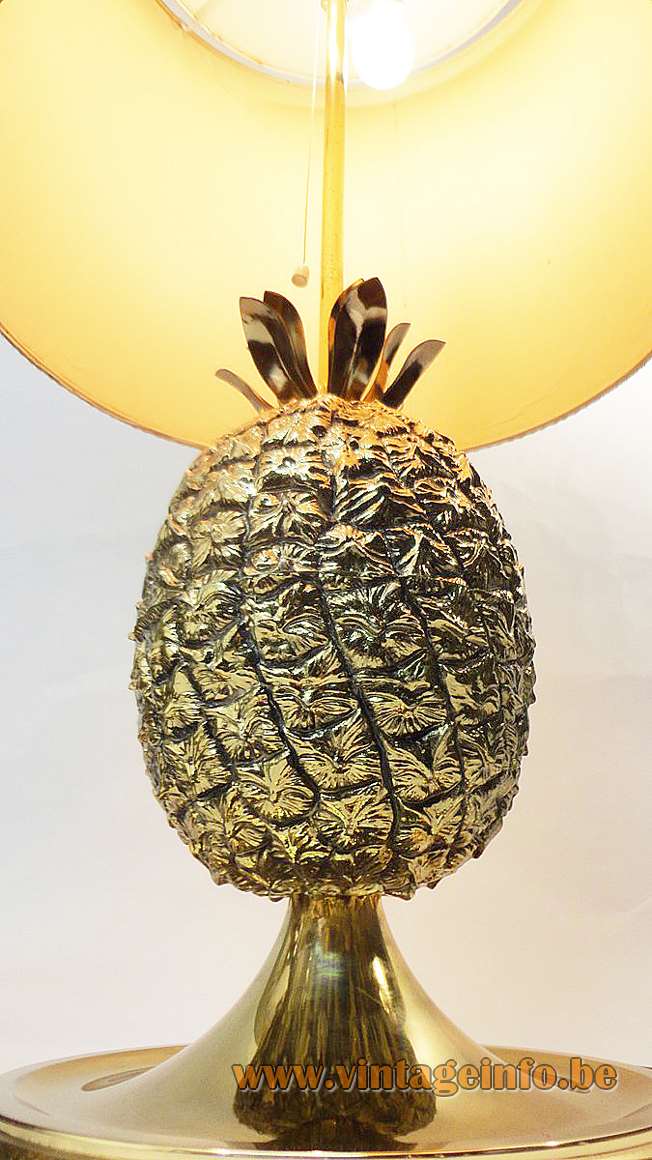 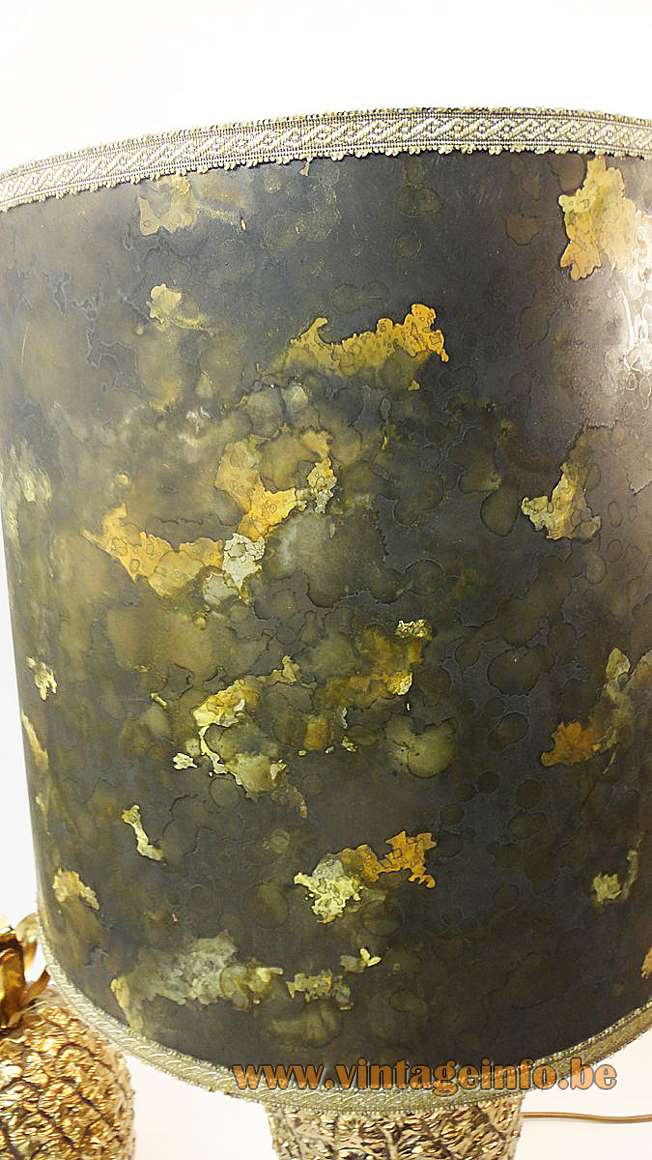 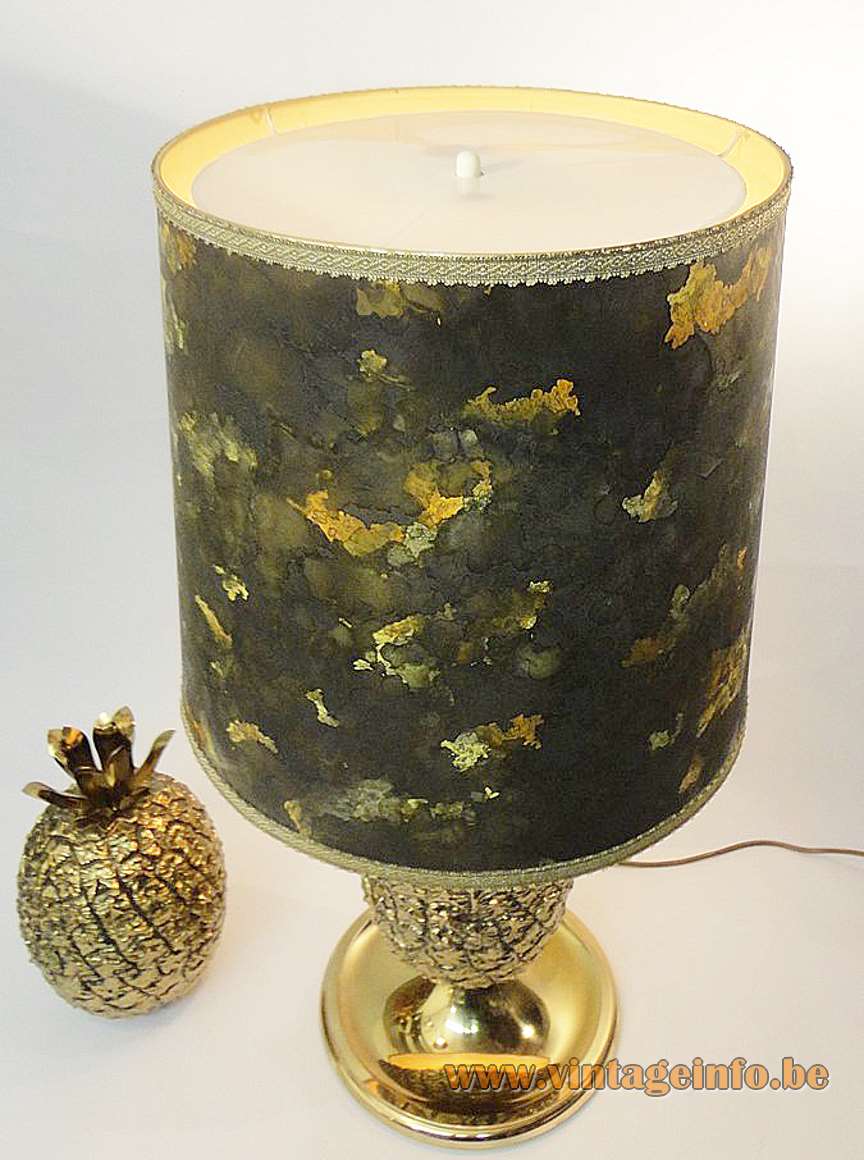 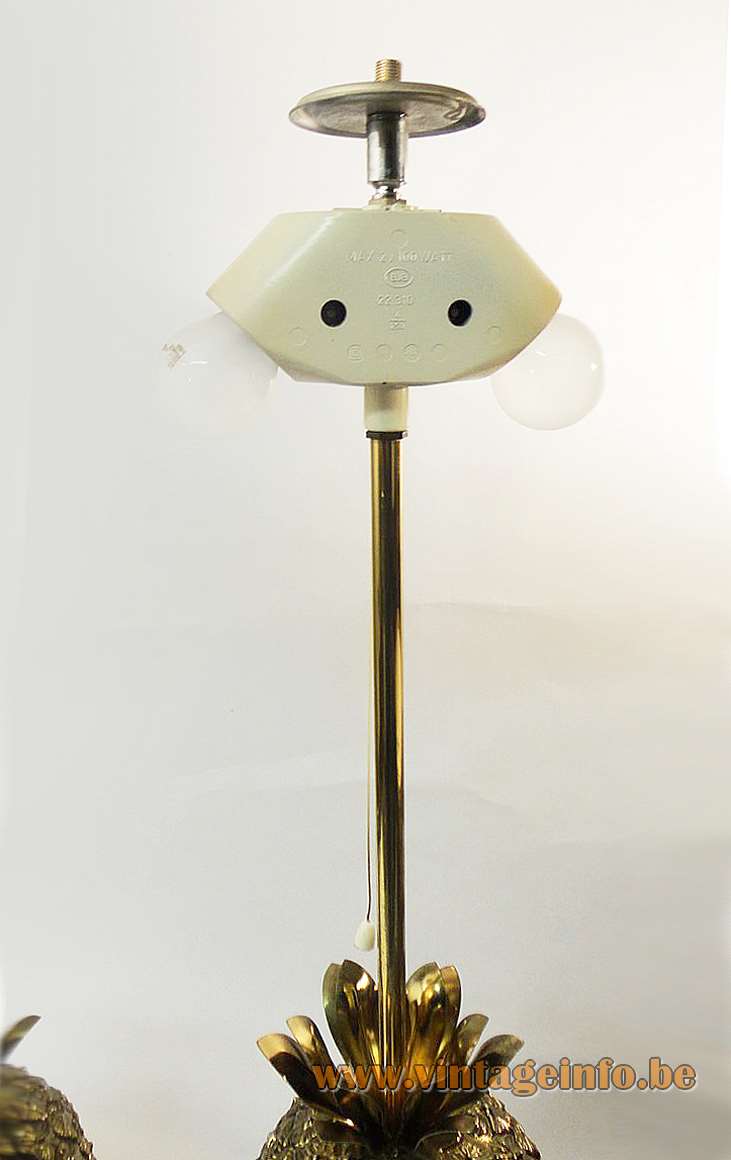 Lamps in the movies & TV

A similar table lamp appears in the BBC comedy talk show All Round to Mrs. Brown’s. It is unknown who produced this table lamp. 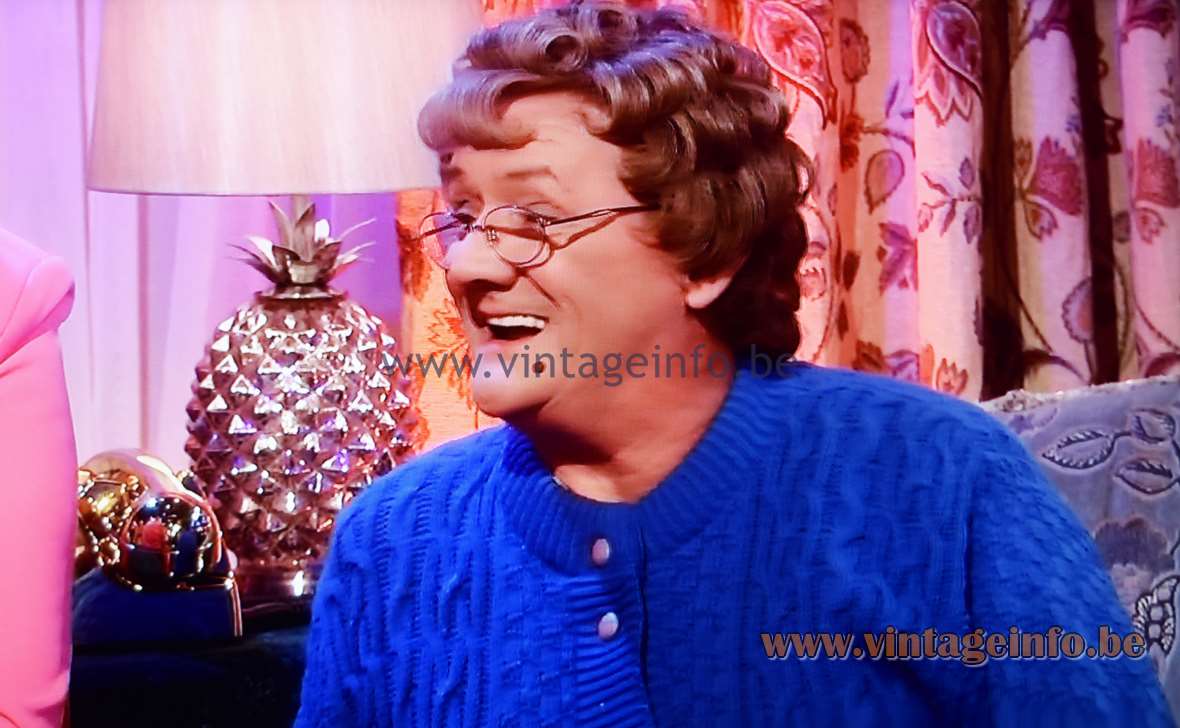 Manufacturer: It is possible that this lamp was made by the German/Swiss company Turnwald/Freddotherm. The company no longer exists.

Other versions: This 1970s pineapple table lamp exists with several other lampshades. Also made with 1 E27 socket.

A company with the name Hans Turnwald – The Turnwald Collection exists, but it was founded in 1989 and is located in Miami, Florida in the United States. Maybe they acquired the name, or the name was no longer protected by copyright. No history of the company is published on the Hans Turnwald website.

BJB from Germany made all the electric parts.

Pineapples such as this model are made as an ice bucket. They were sold under several brand names but all made the same. Some with small differences, as you can see. The buckets are the same, but they have many or a few leaves and are also made in gold and dark gold colour.

Other pineapples were made by the famous Italian company Mauro Manetti from Florence. They were made in a silver plated and/or gilded pewter alloy. They all have the name (M\M mod. ris. Made in Italy) cast on the bottom in the metal. Sometimes a plastic label is still attached on a cord. Mauro Manetti also produced a table lamp. The Mauro Manetti company no longer exists.

In India brass pineapples were produced for a long time. They are still in production today.

Many other companies made (plastic) pineapples in the 60s, 70s and 80s. Today new pineapples are for sale in design shops and in online shops.

All Round to Mrs. Brown’s – Wikipedia

BBC One – All Round to Mrs. Brown’s 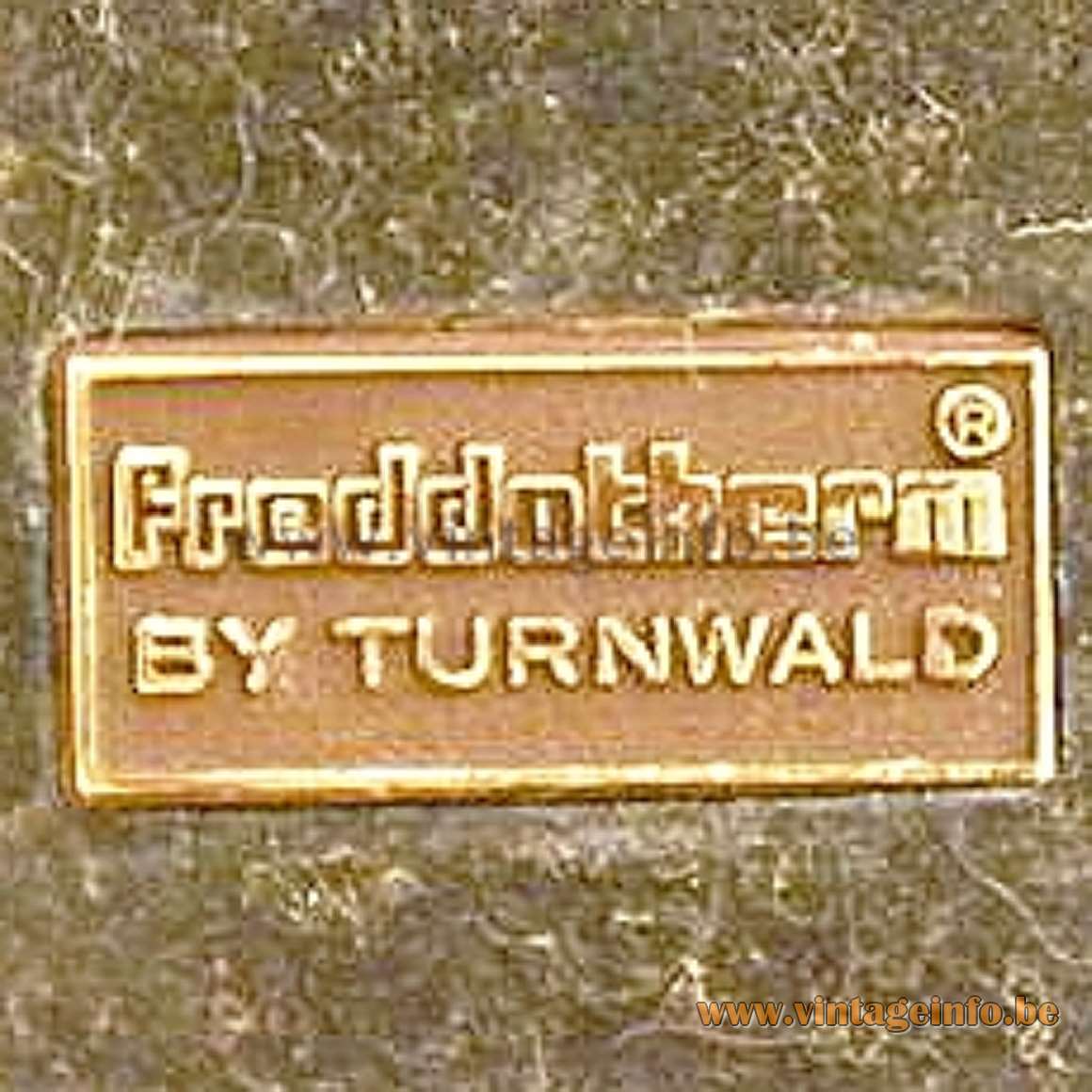 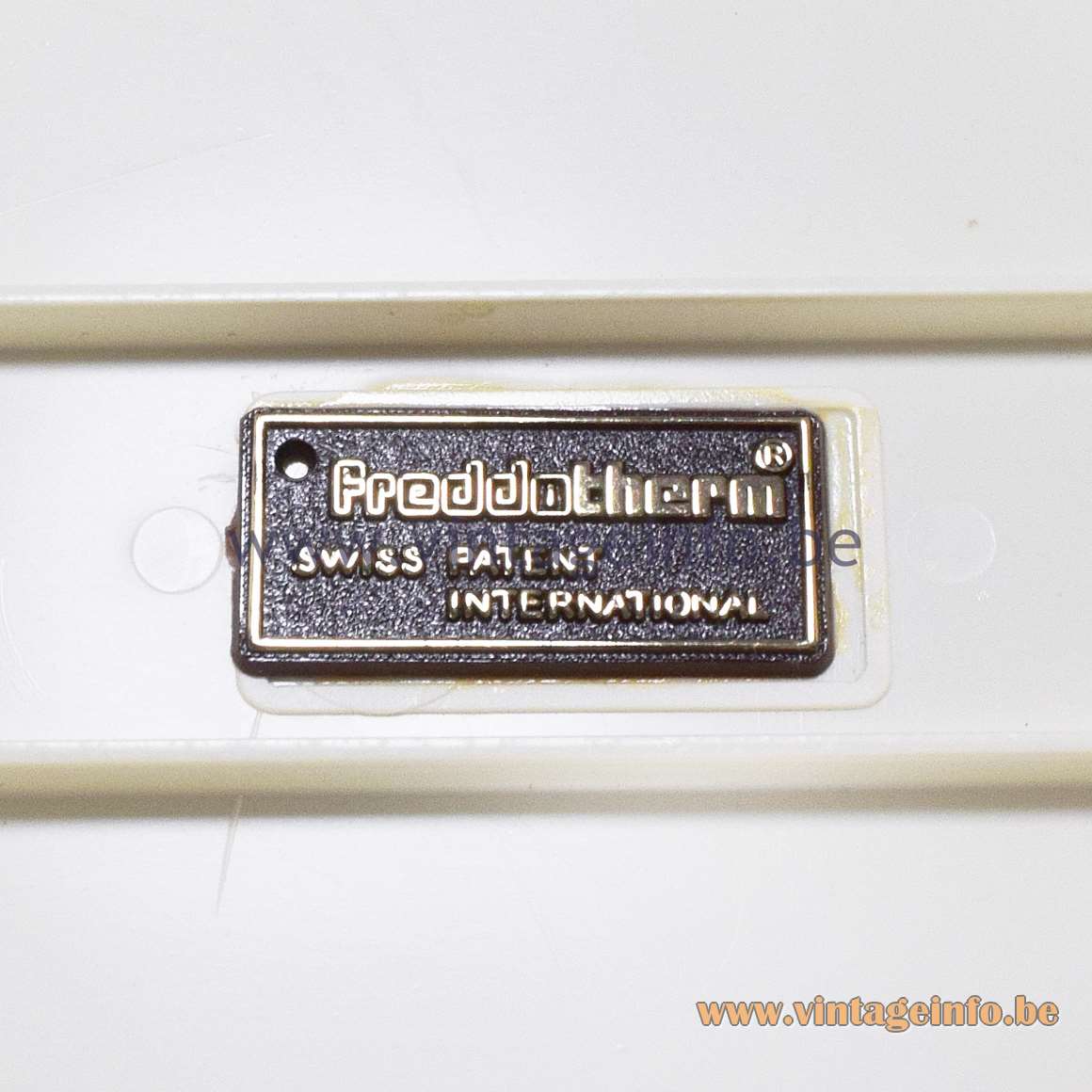 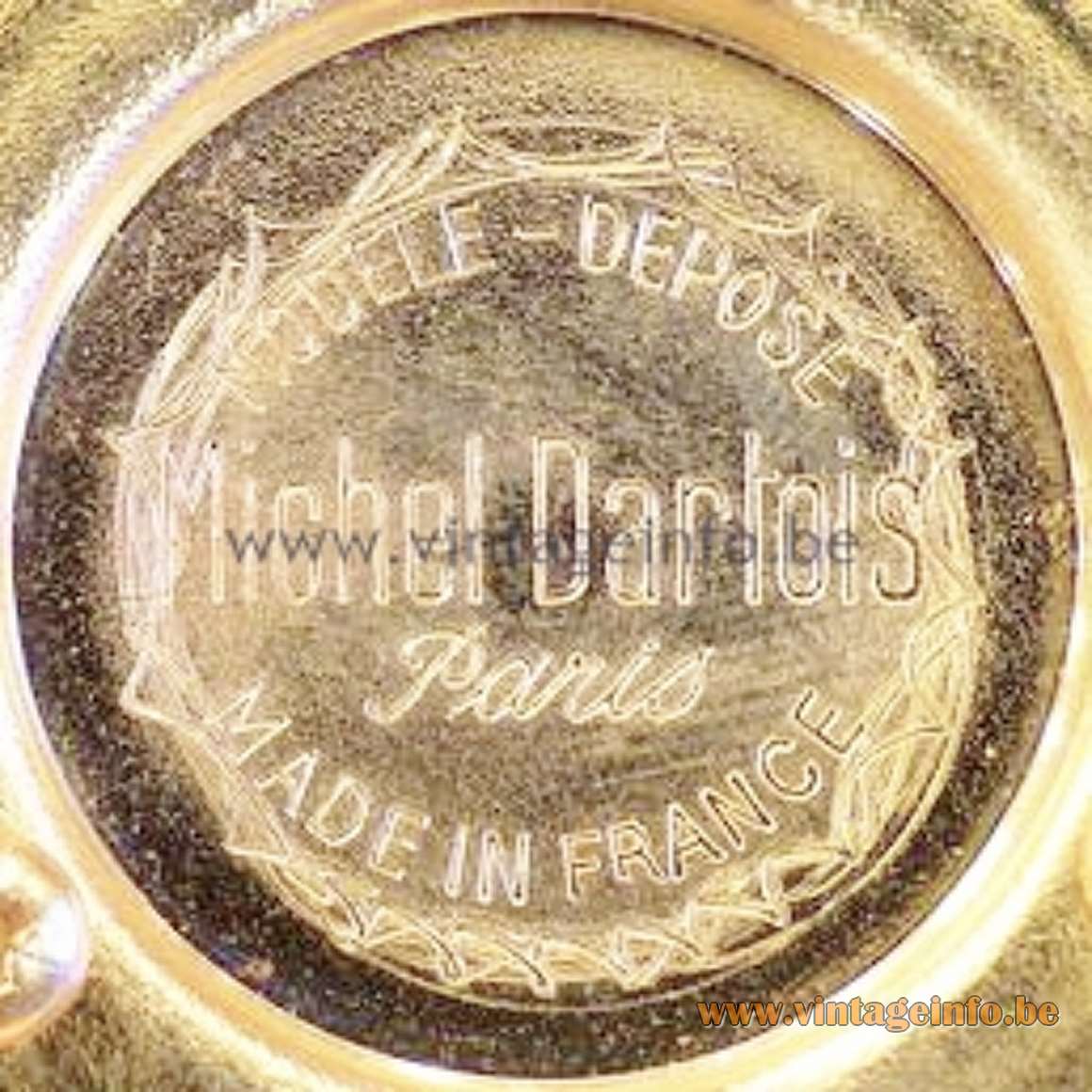 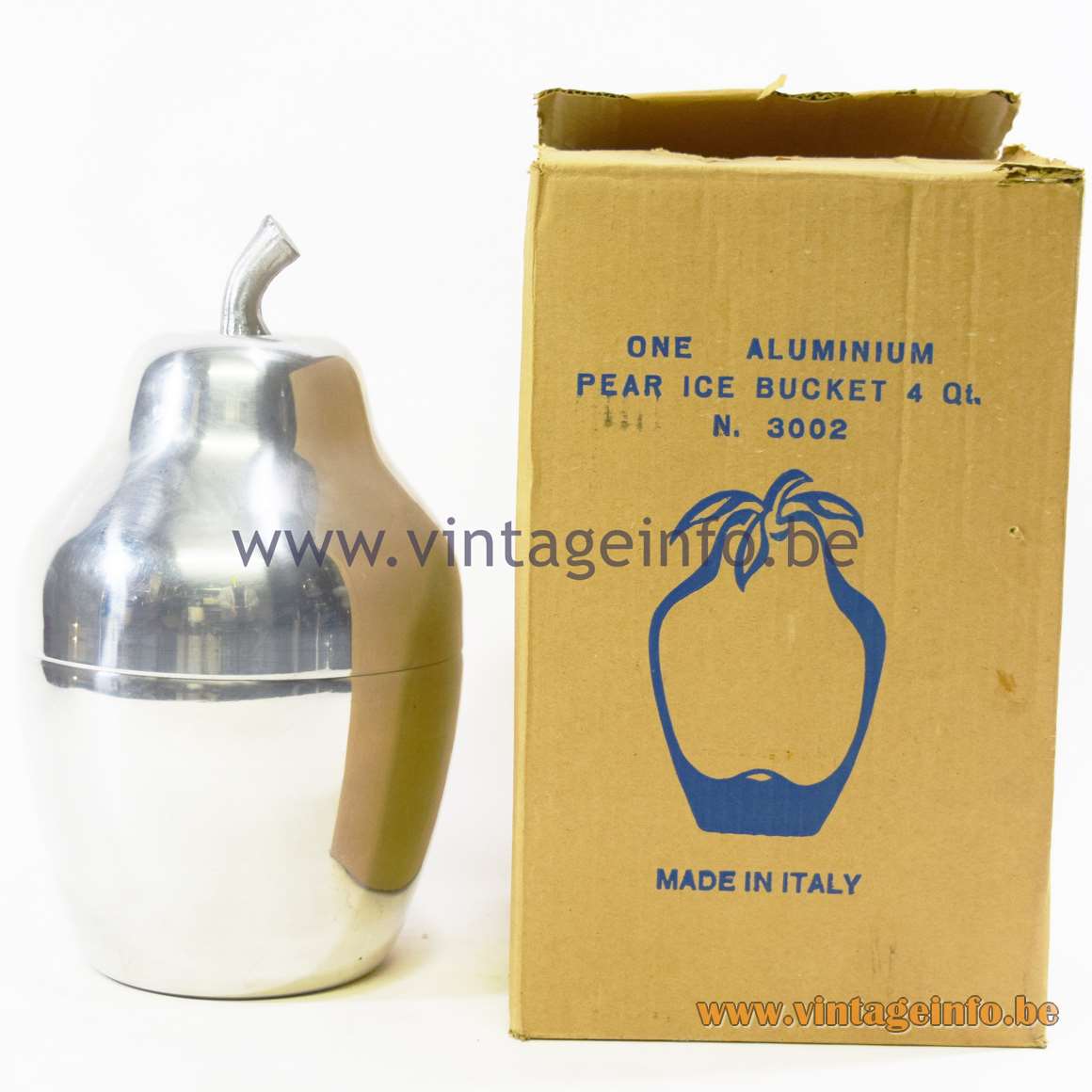 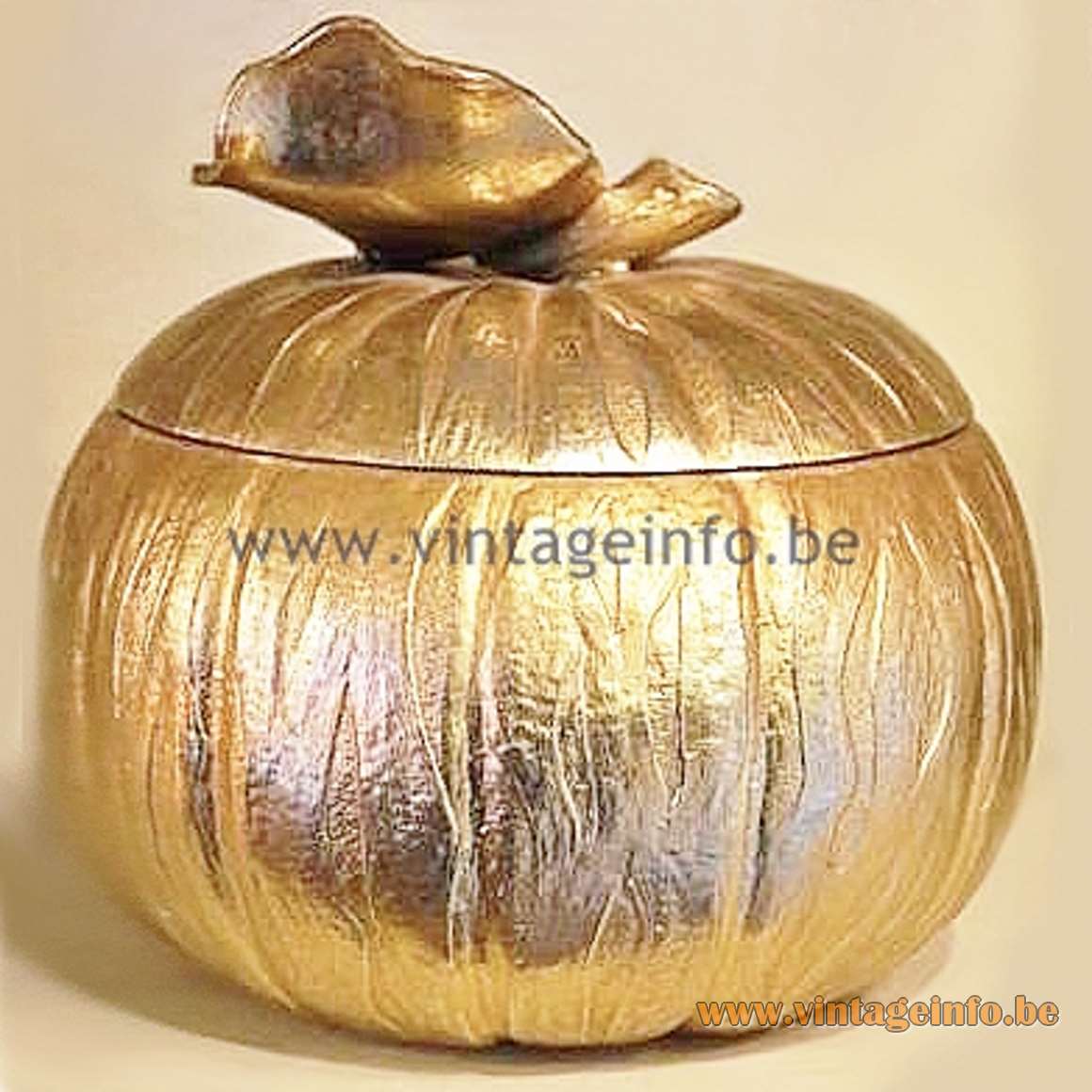 Brass Pineapple, Made In India 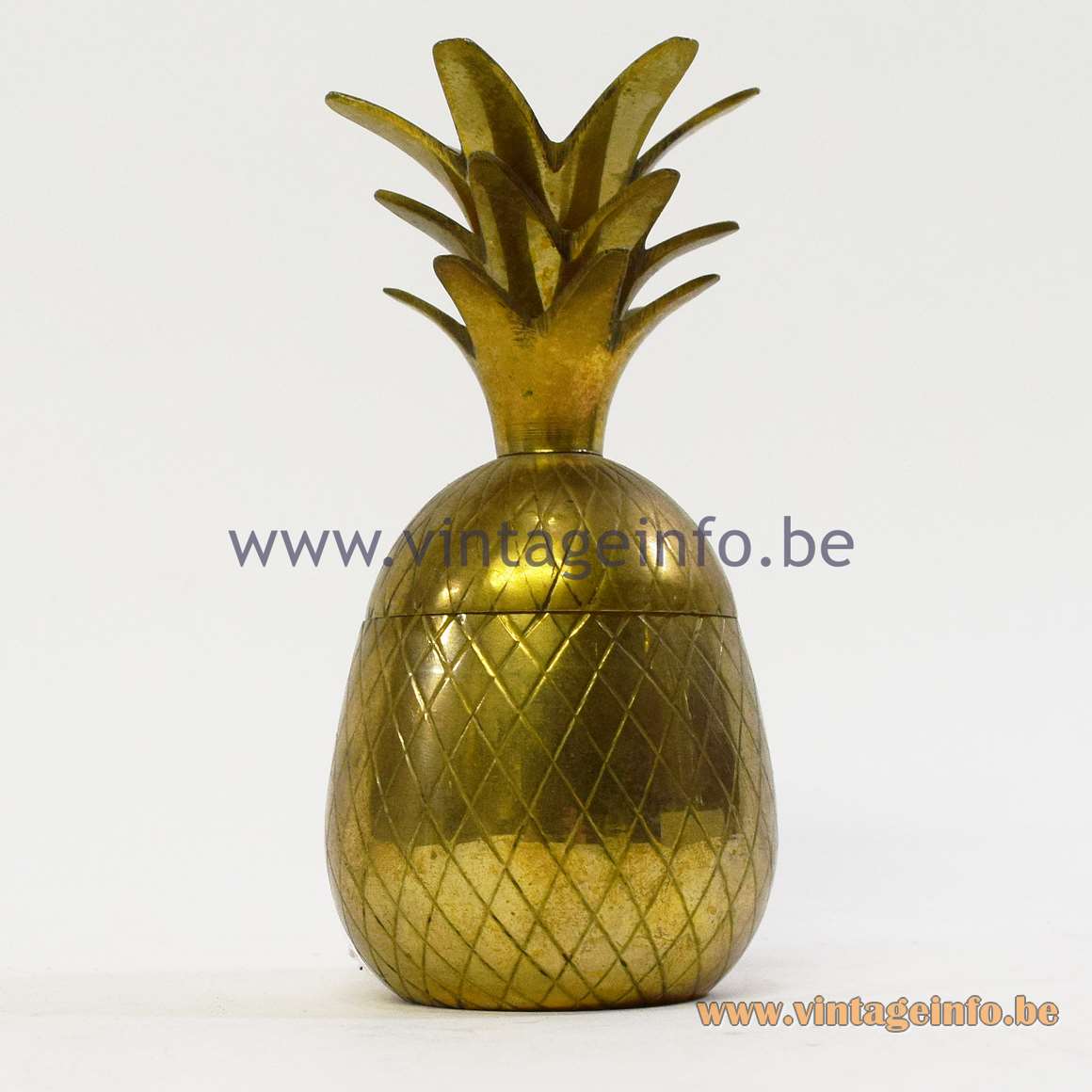