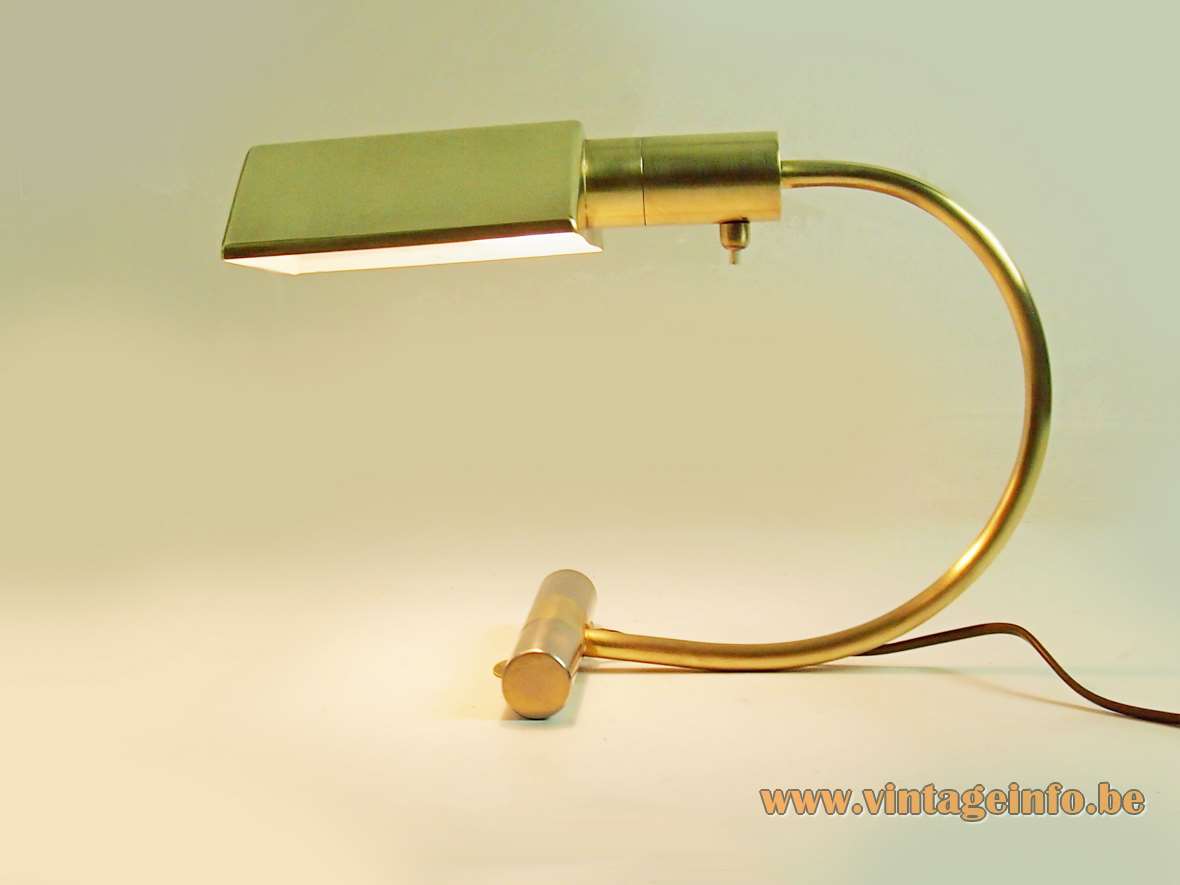 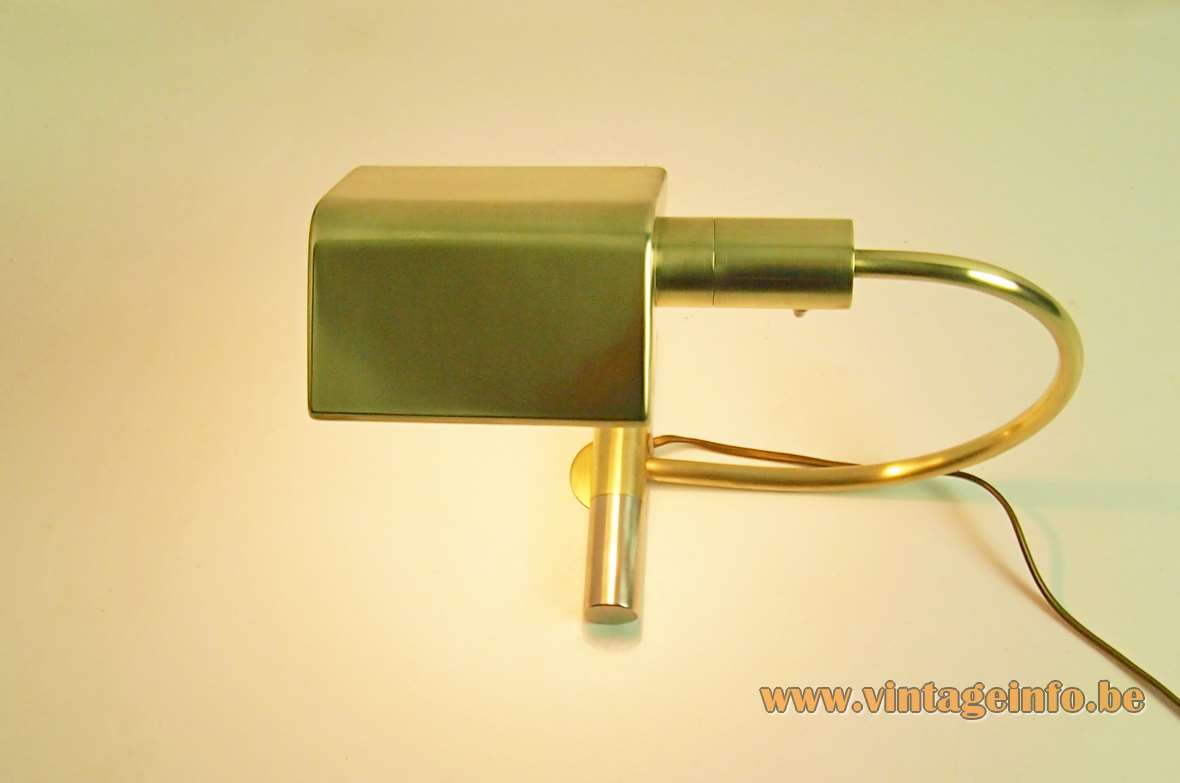 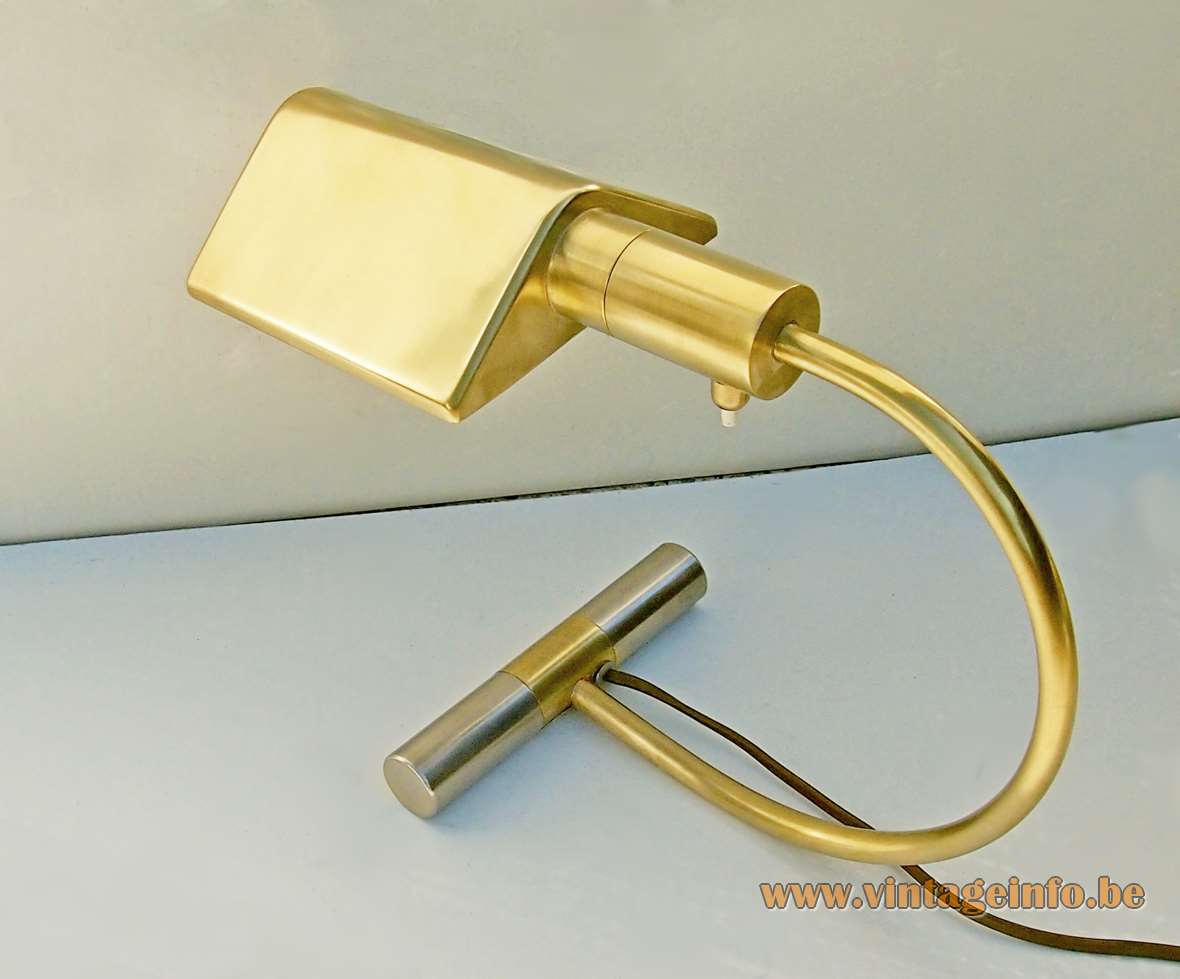 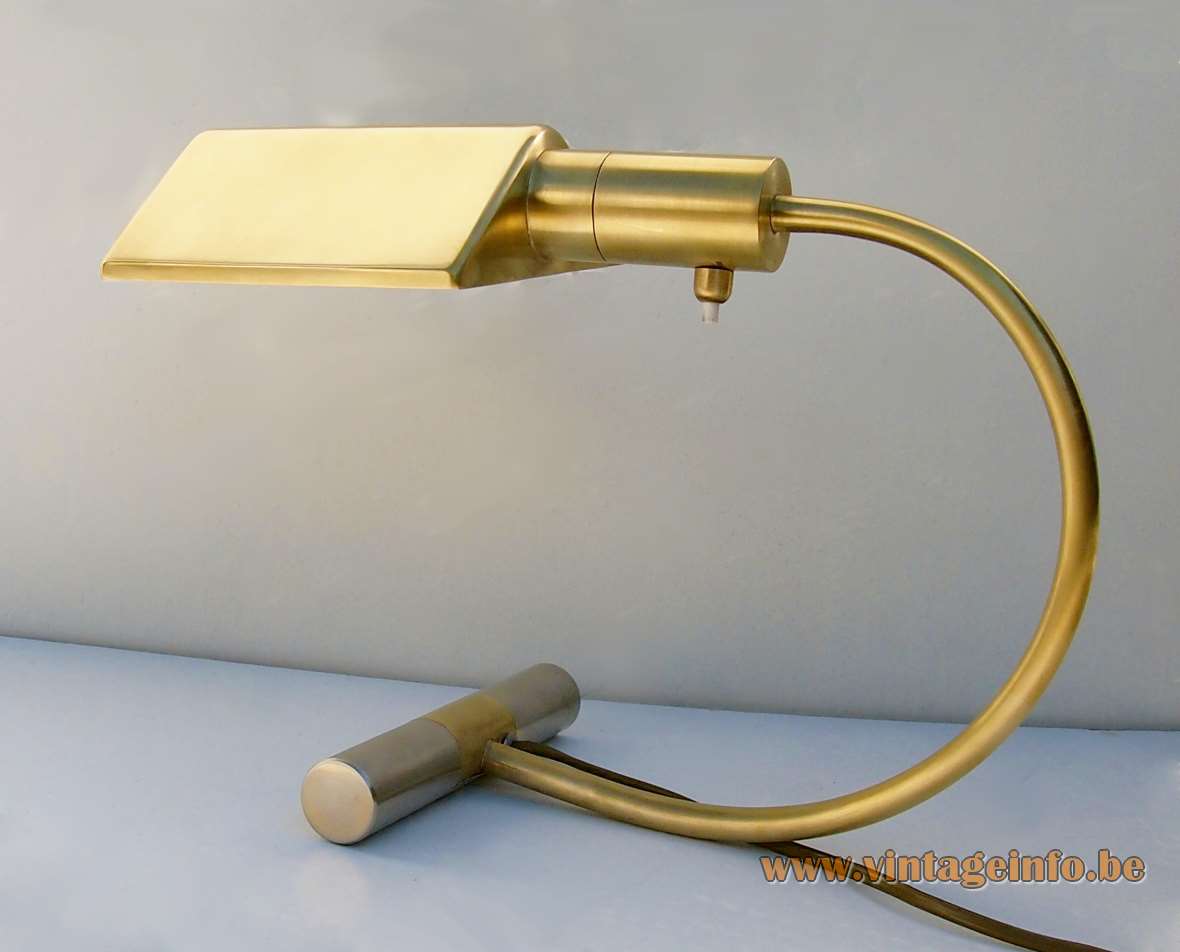 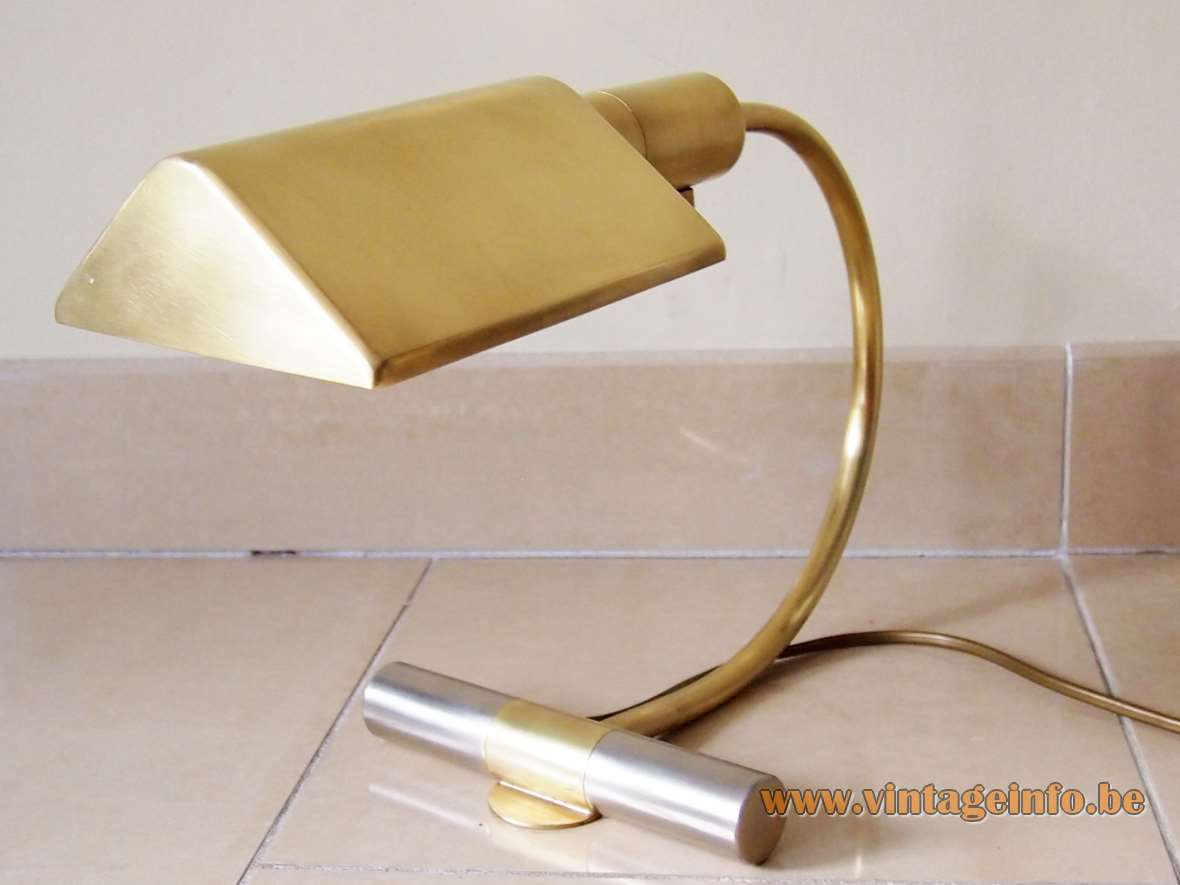 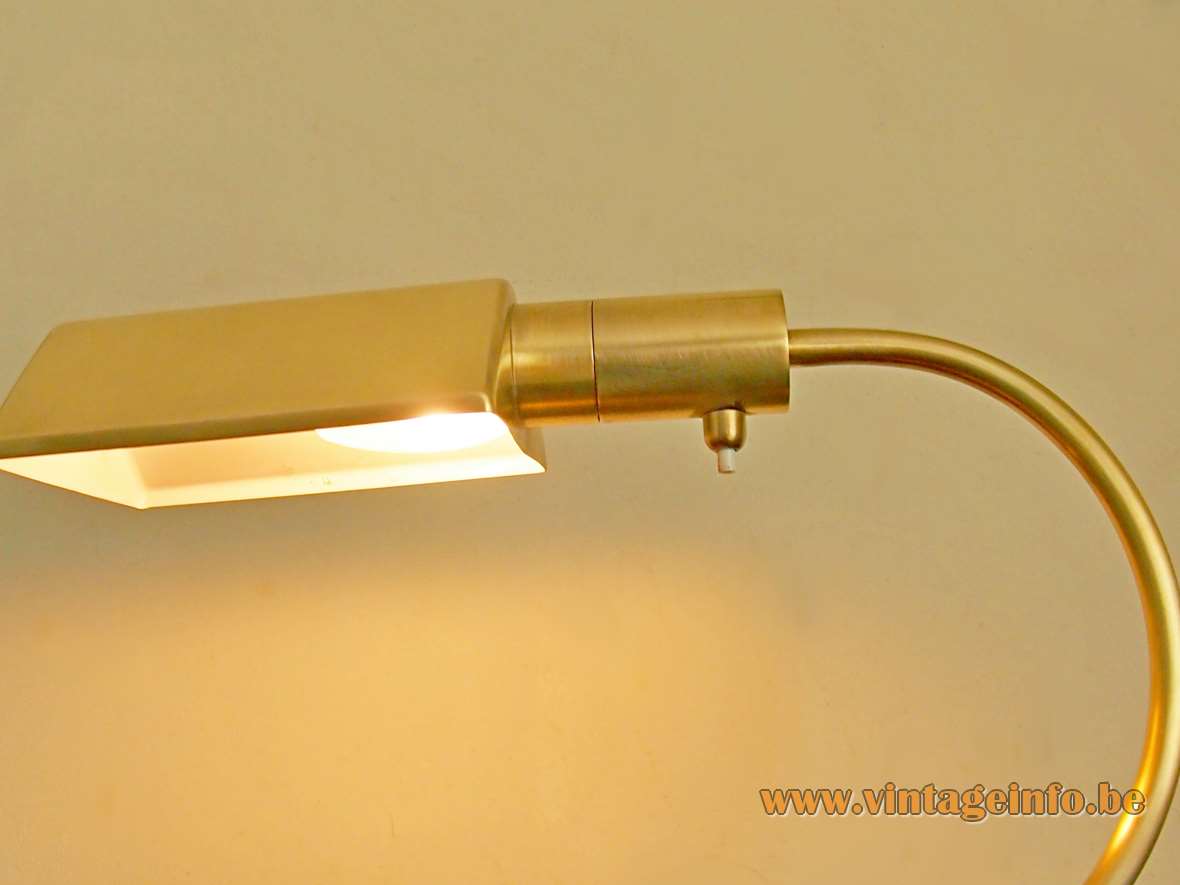 Similar brass lamp made by Egoluce

Other versions: This S.A. Boulanger brass desk lamp exists in a few varieties. Completely made of brass and made with a different base; a rectangular one. This lamp is model 4340, as labelled. The lampshade was also used for several floor lamps. 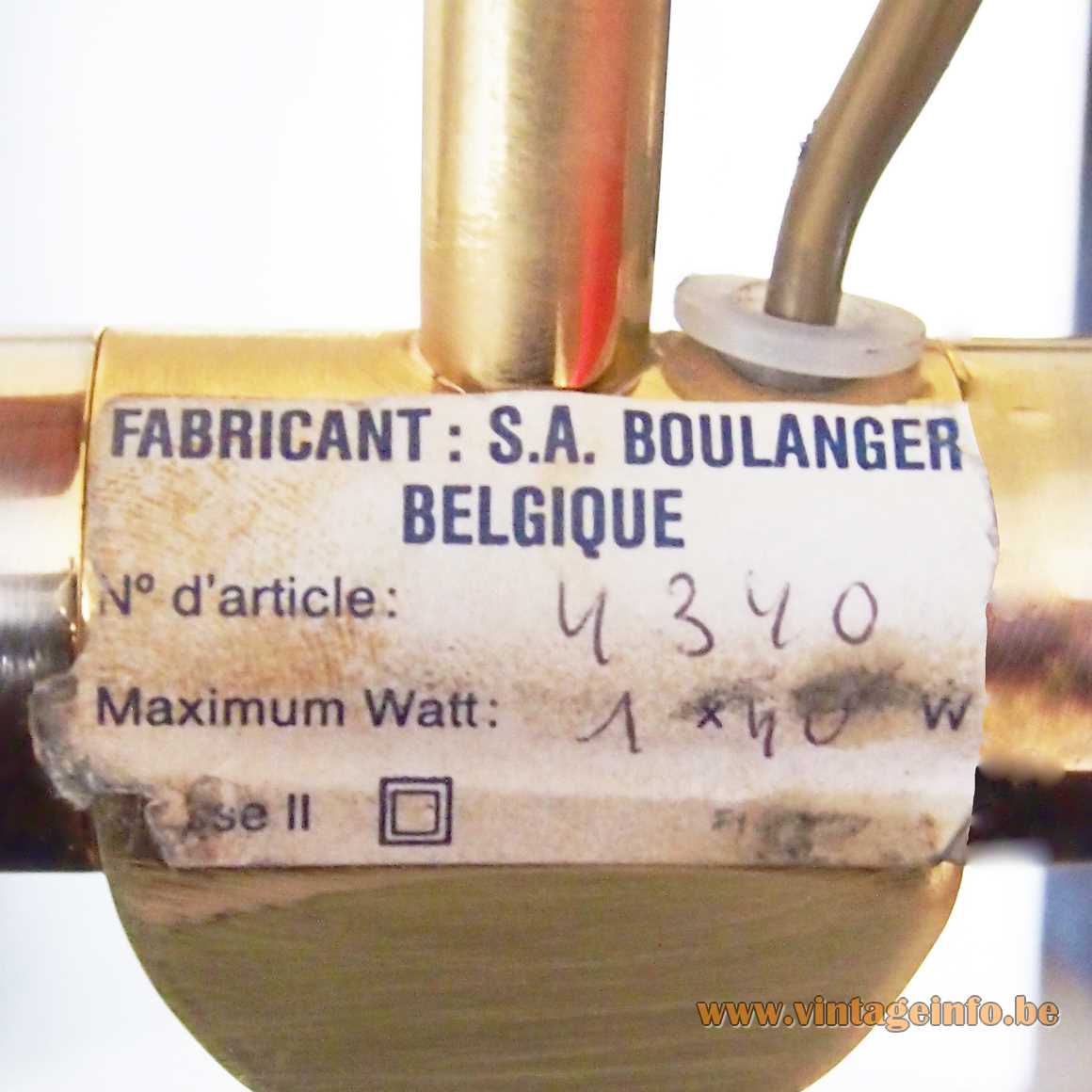 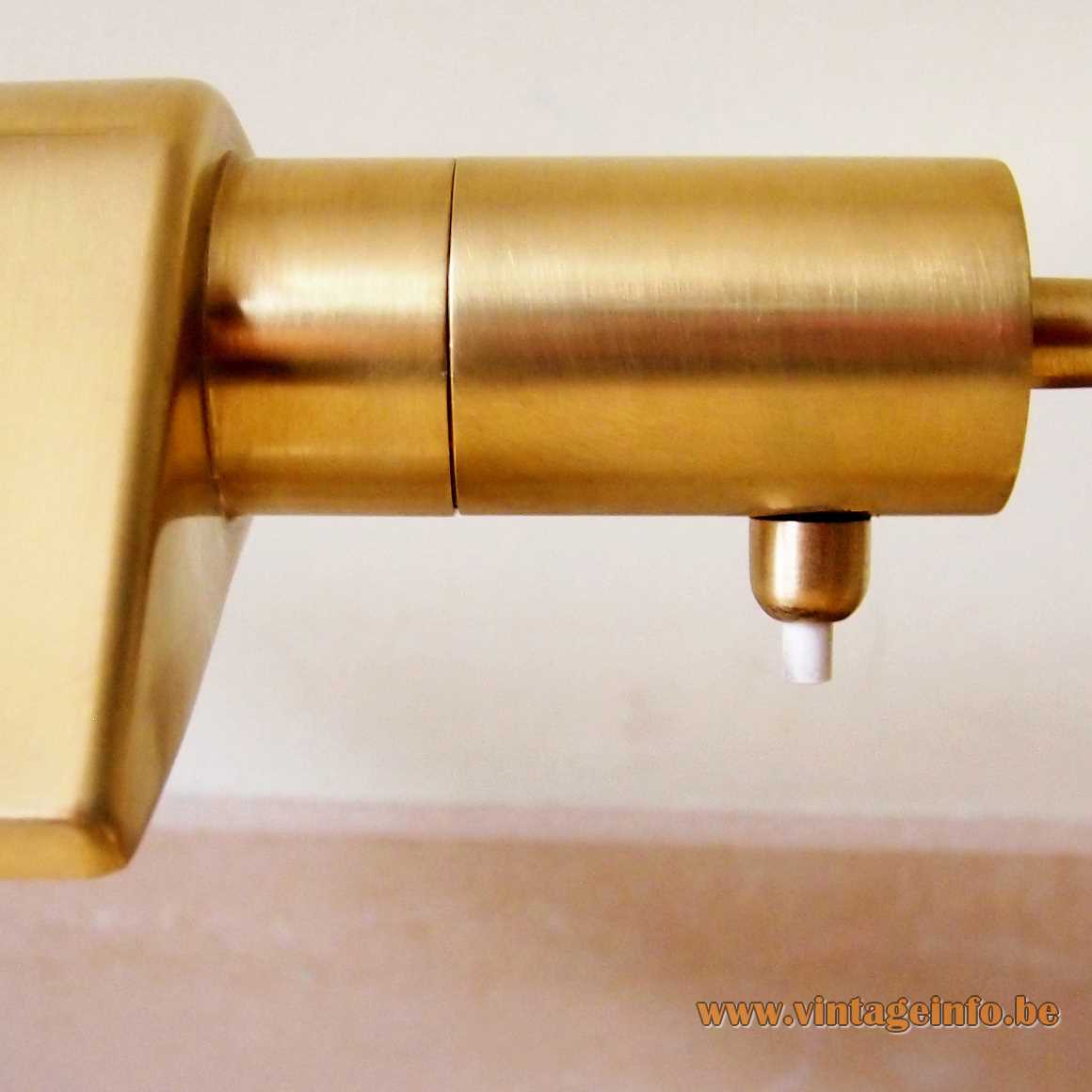