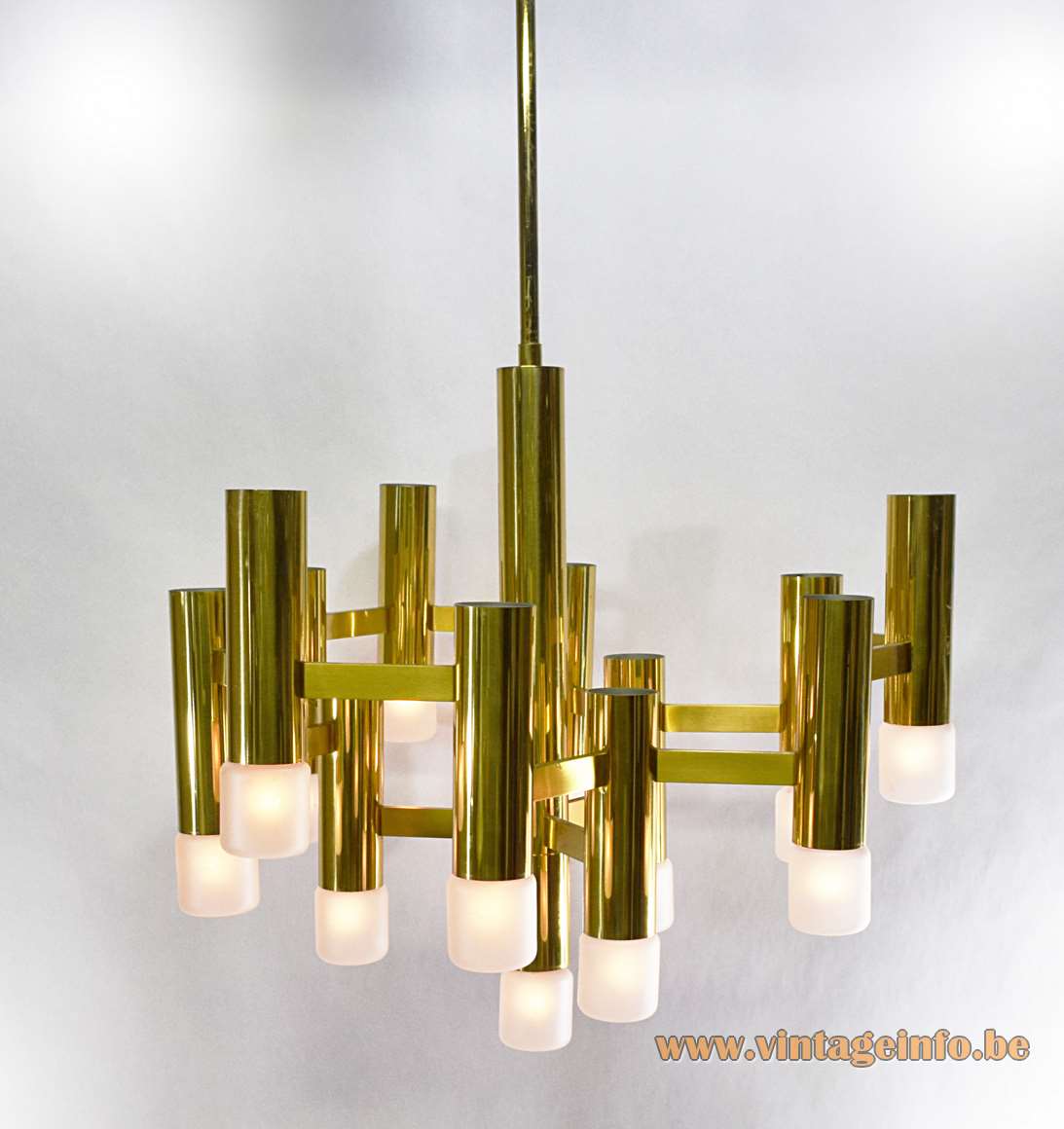 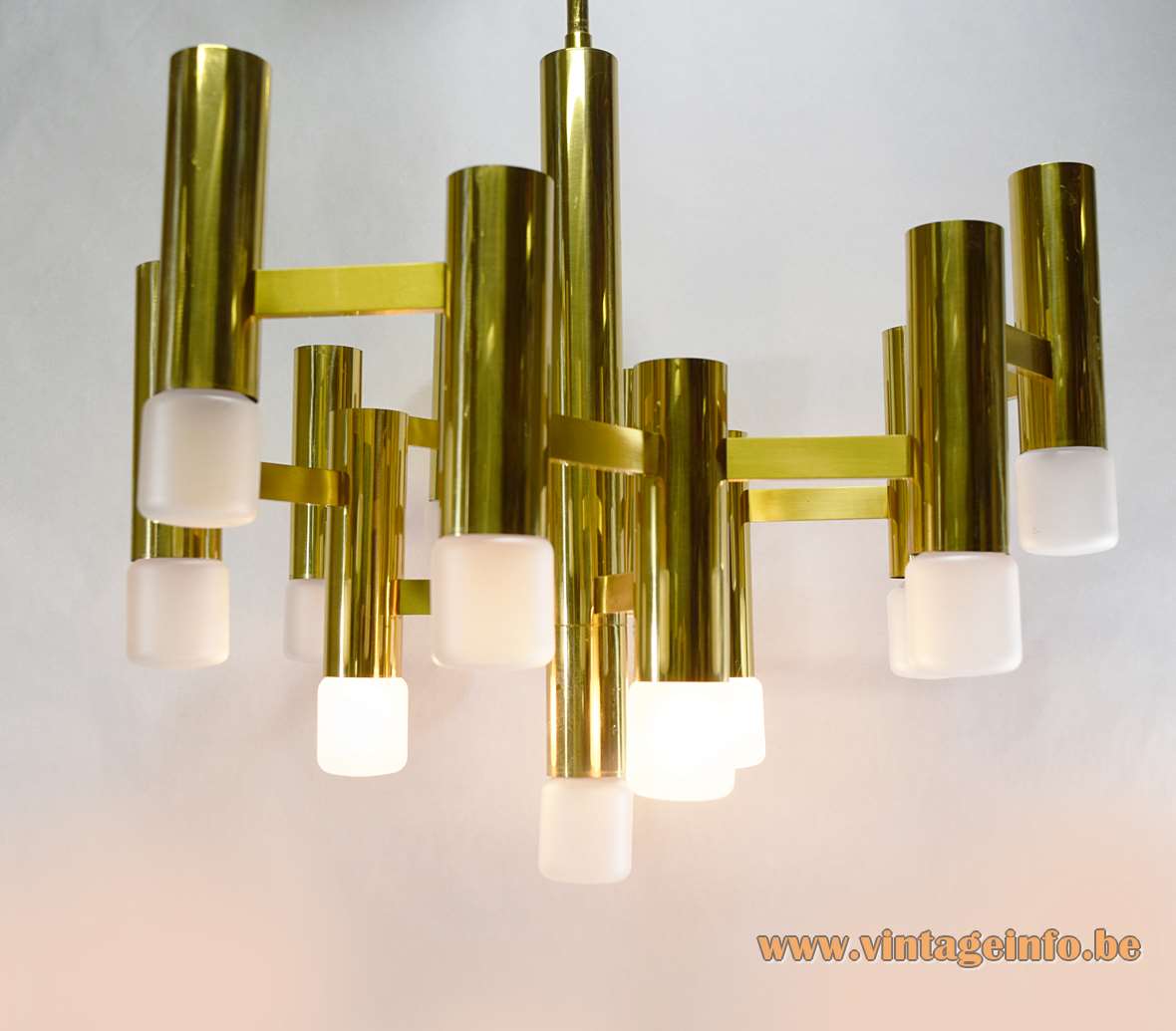 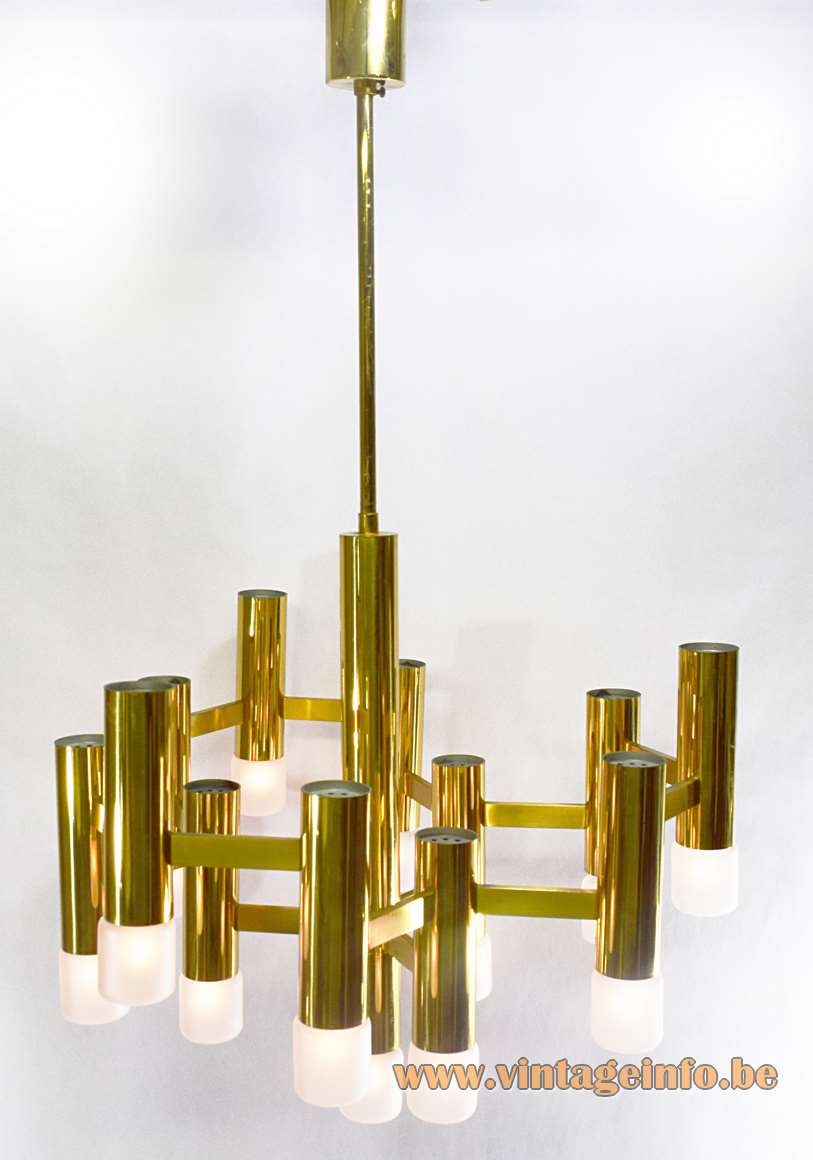 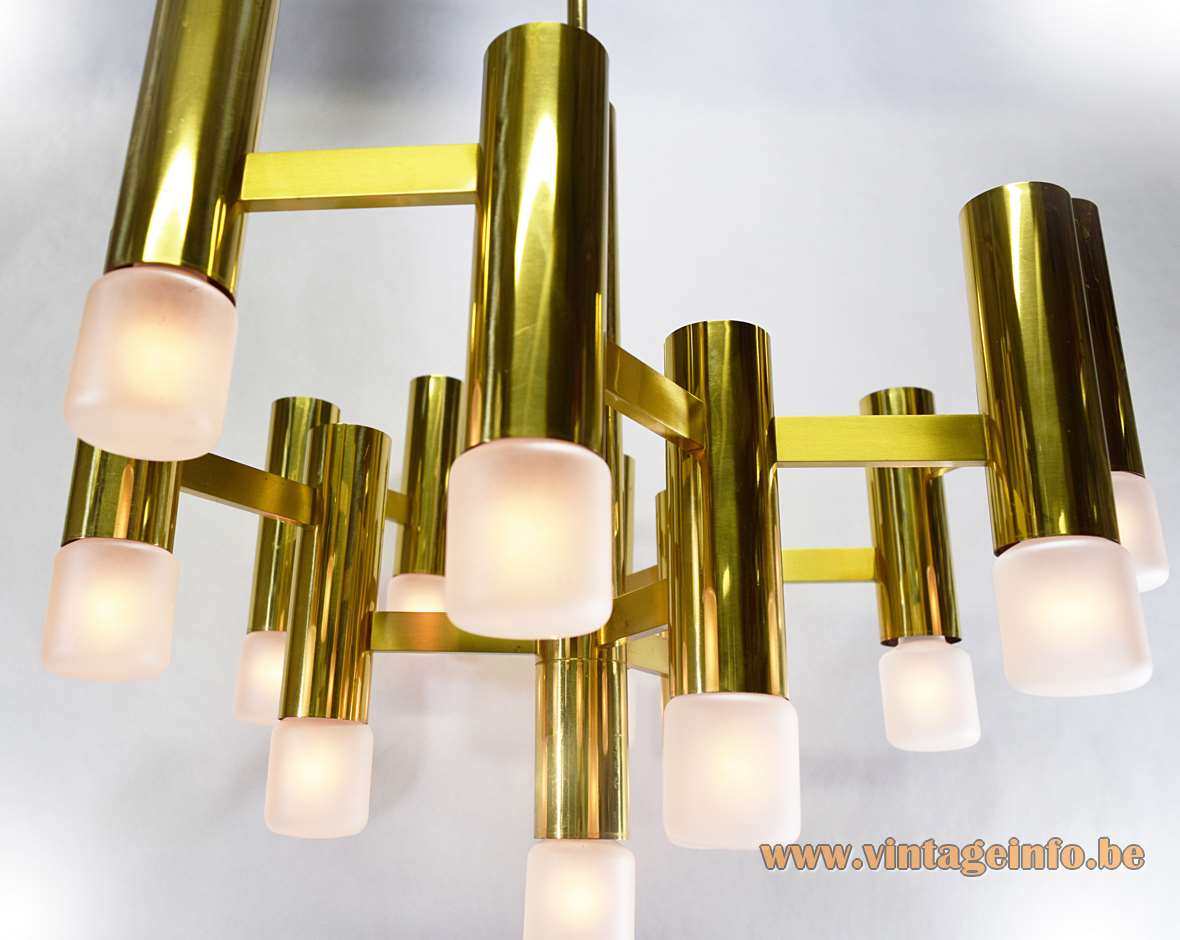 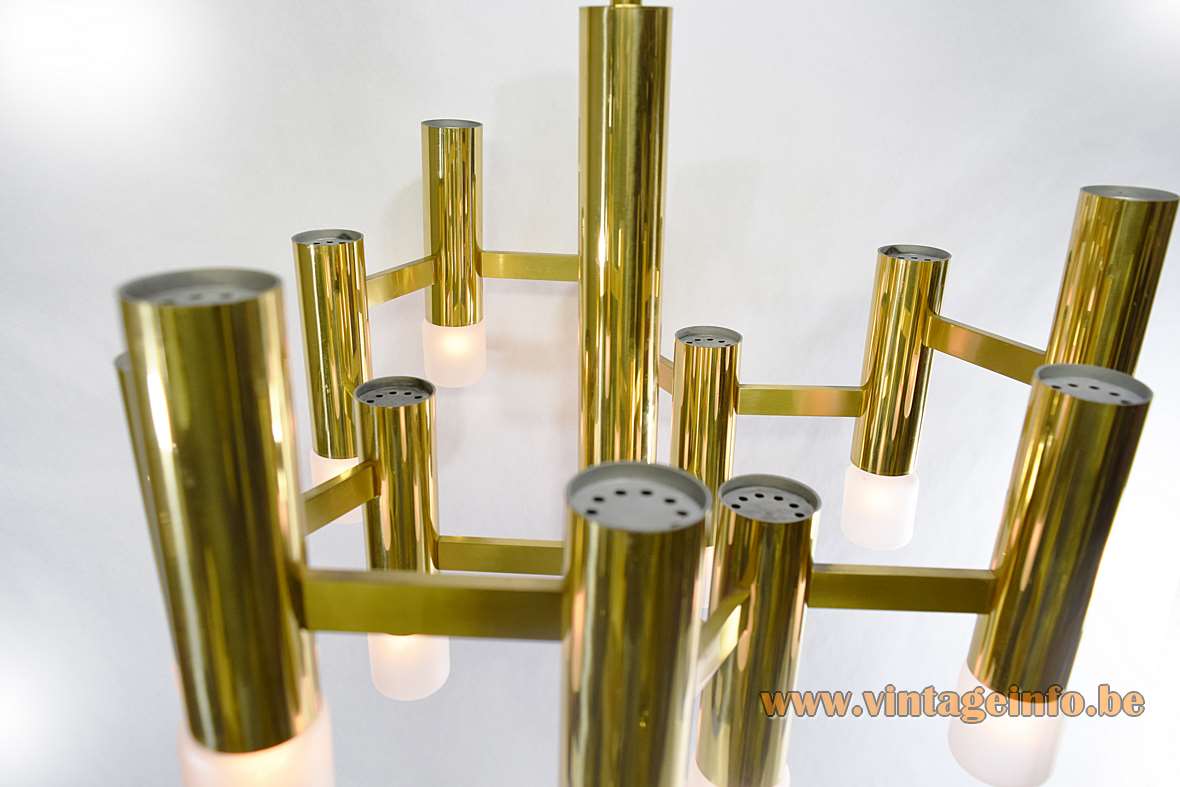 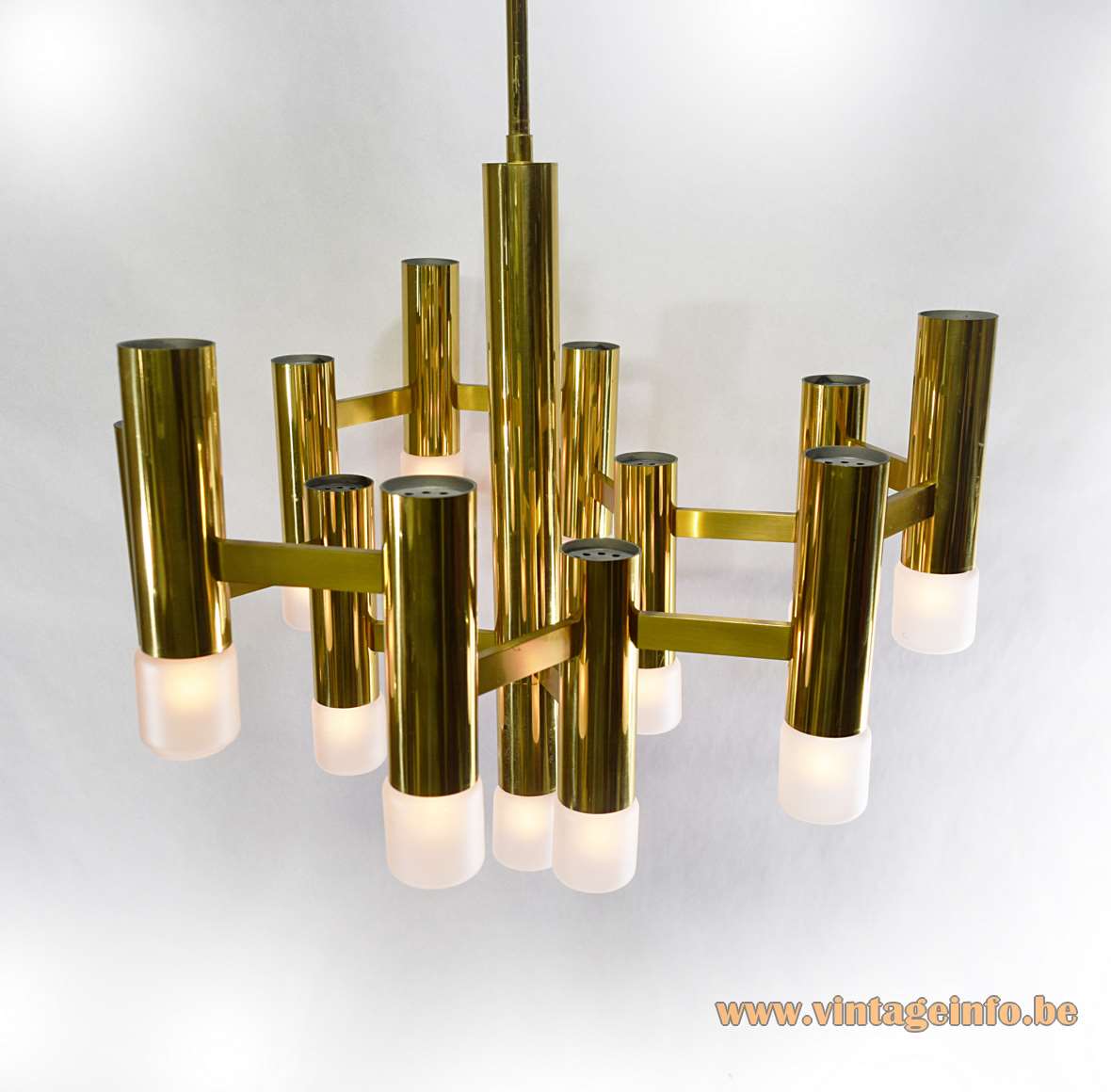 Huizenjagers is broadcast on Vier (Four), a Flemish channel. Unfortunately, the original bulbs are replaced by incorrect incandescent bulbs. Every season several lamps appear in this series. You can find them here. 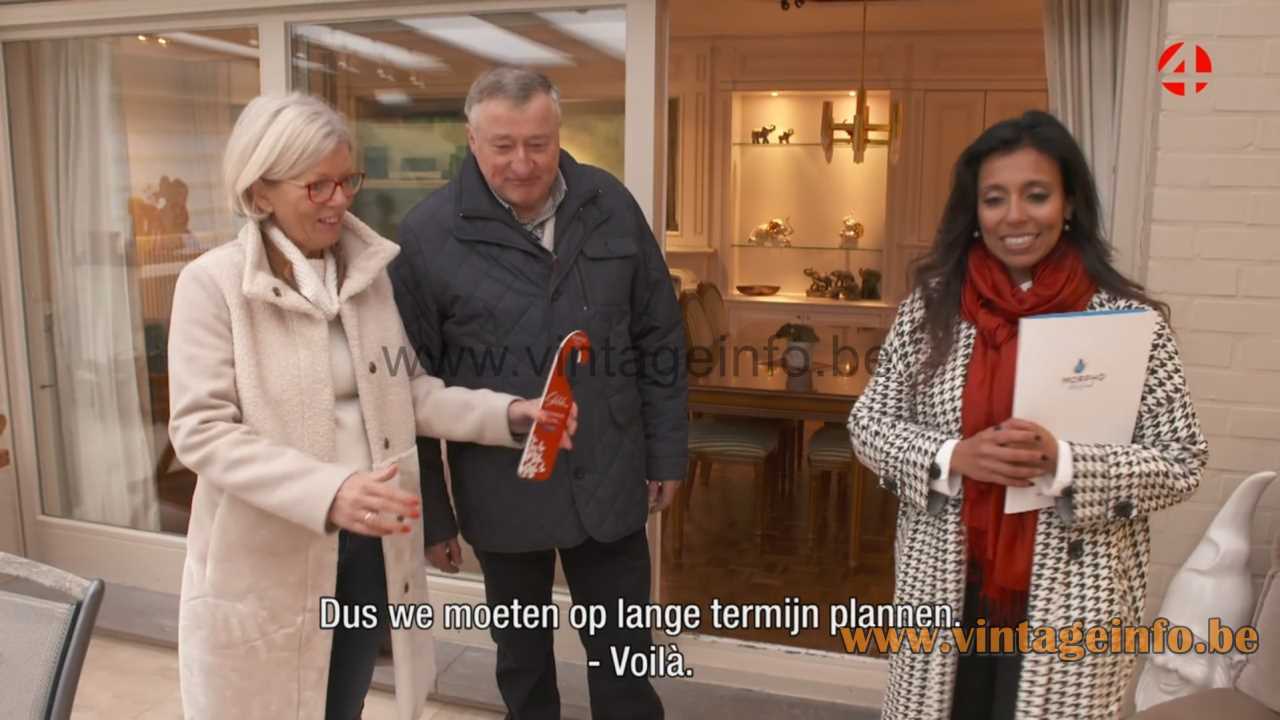 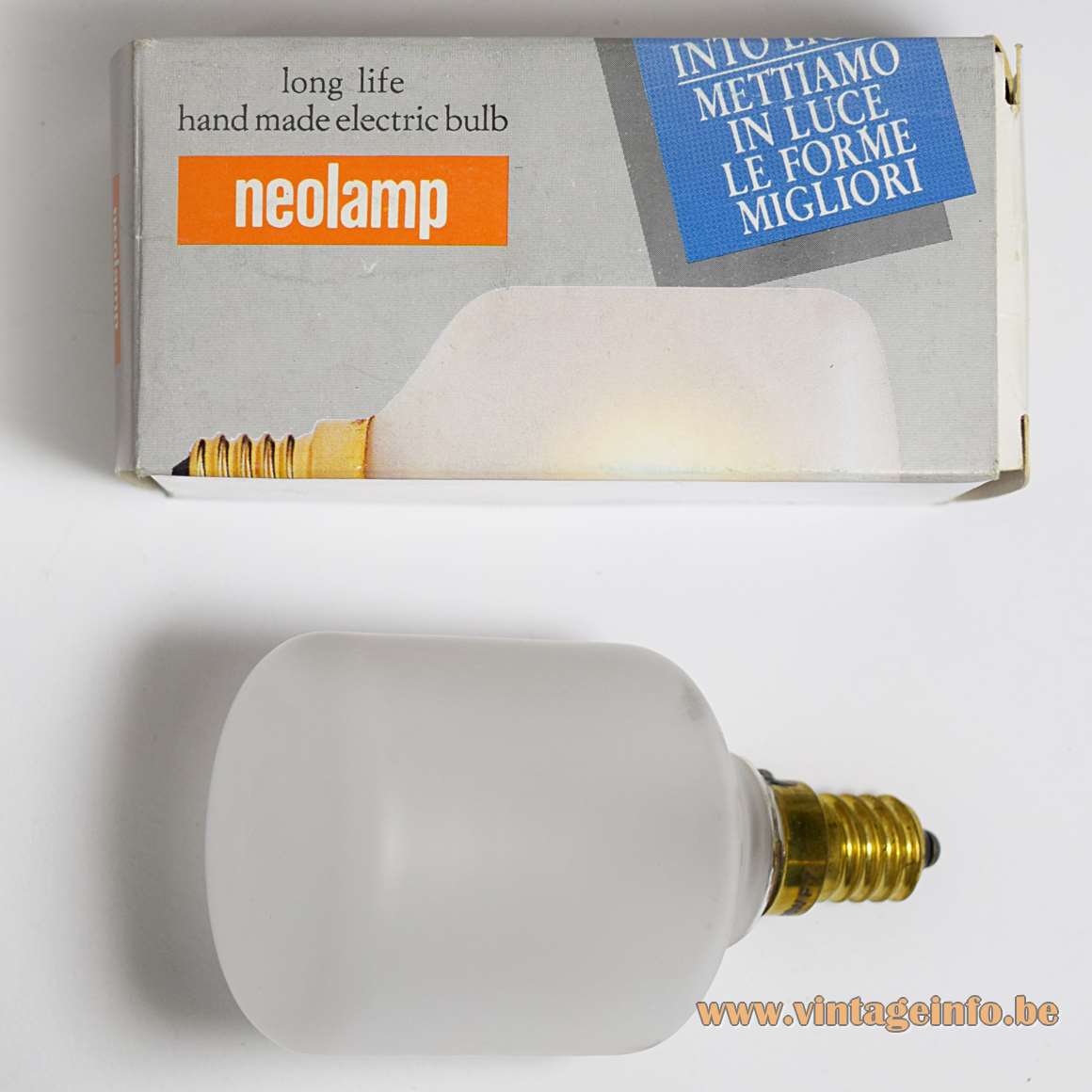 Chrome version of this Gaetano Sciolari brass chandelier.
You can find it over here on Vintageinfo. 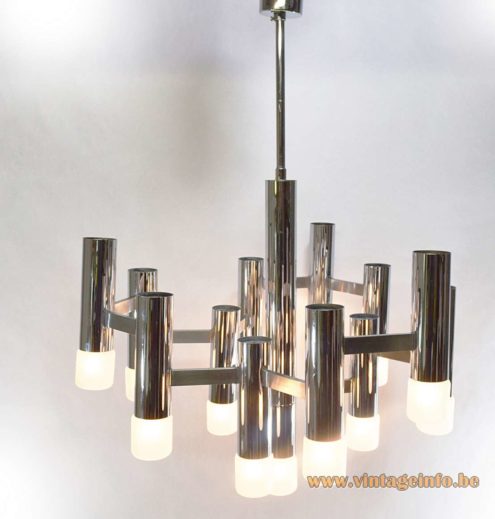 Electricity: 10 + 3 bulbs E14 (2 circuits), 13 x 60 watt maximum, 110/220 volt. Any type of light bulb can be used, but preferably bulbs made by Neolamp Italy. The company no longer exists. The name of the bulb is Sirio.
They exist in white/opaque, clear and satin. The bulbs used in this setup are the satin bulbs, the “Sirio Sattinata“. These incandescent light bulbs are hard to find these days. Today dimmable LED lamps are in production by the Dutch company Pope. You can buy them over here at Bol.com. They also sell the cube version.

Other versions: This Gaetano Sciolari brass chandelier exists in a smaller version and was made as a wall and floor lamp. This chandelier was also produced in chromed metal (iron). Other versions with curved tubes in between the light bulbs instead of rectangular rods were also made.

His first designs in the fifties were Sputnik inspired pendants. The beginning of the space age.

Gaetano Sciolari created lights for Stilnovo and Stilkronen (Italy), Lightolier and Progress Lighting (USA), S.A. Boulanger (Belgium), Metalarte (Spain), Helestra and Leola (West Germany), Lyfa (Denmark) and some other companies. Of course he also designed for his own Italian family business; the Sciolari company in Rome and Milan, where all the lighting business at that time was present.