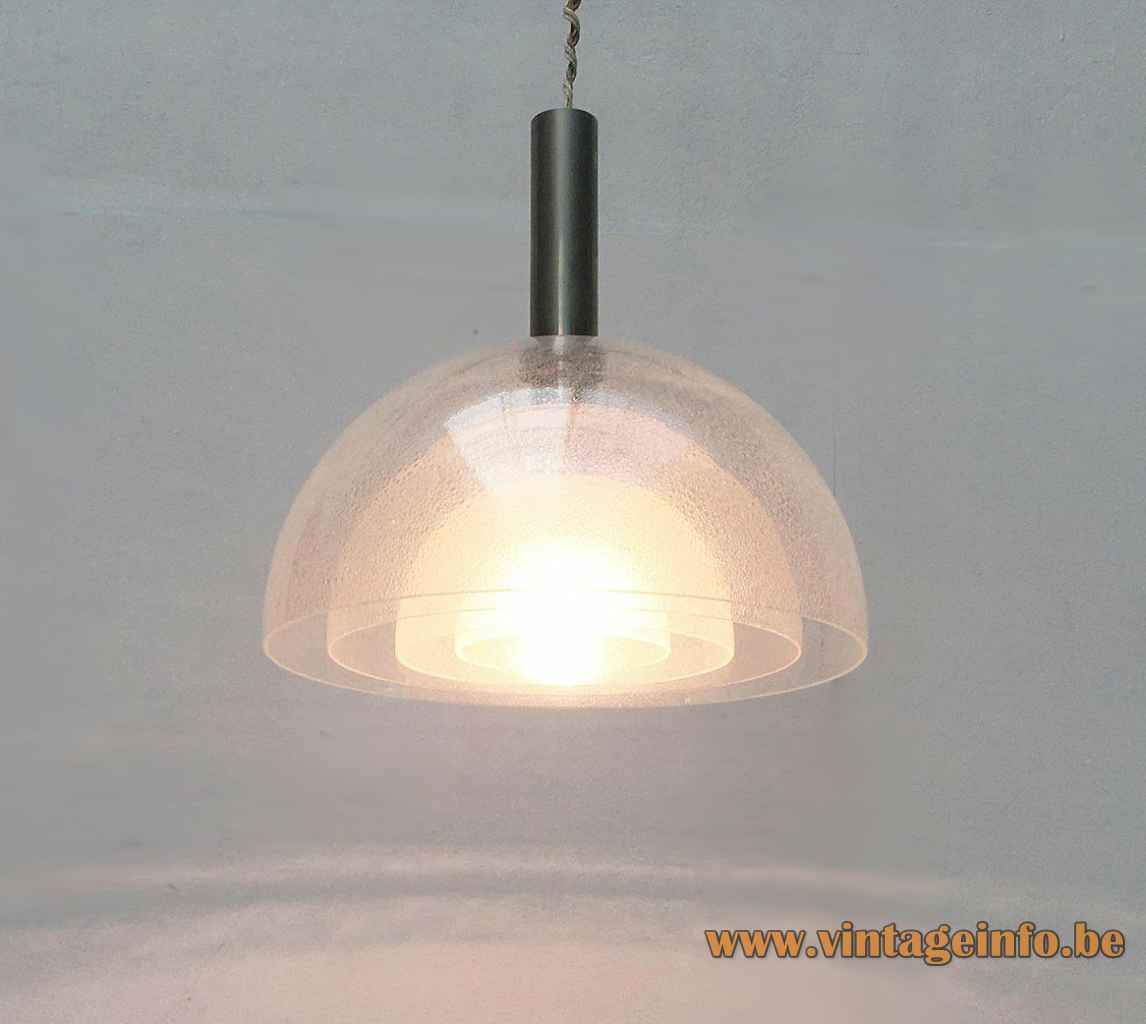 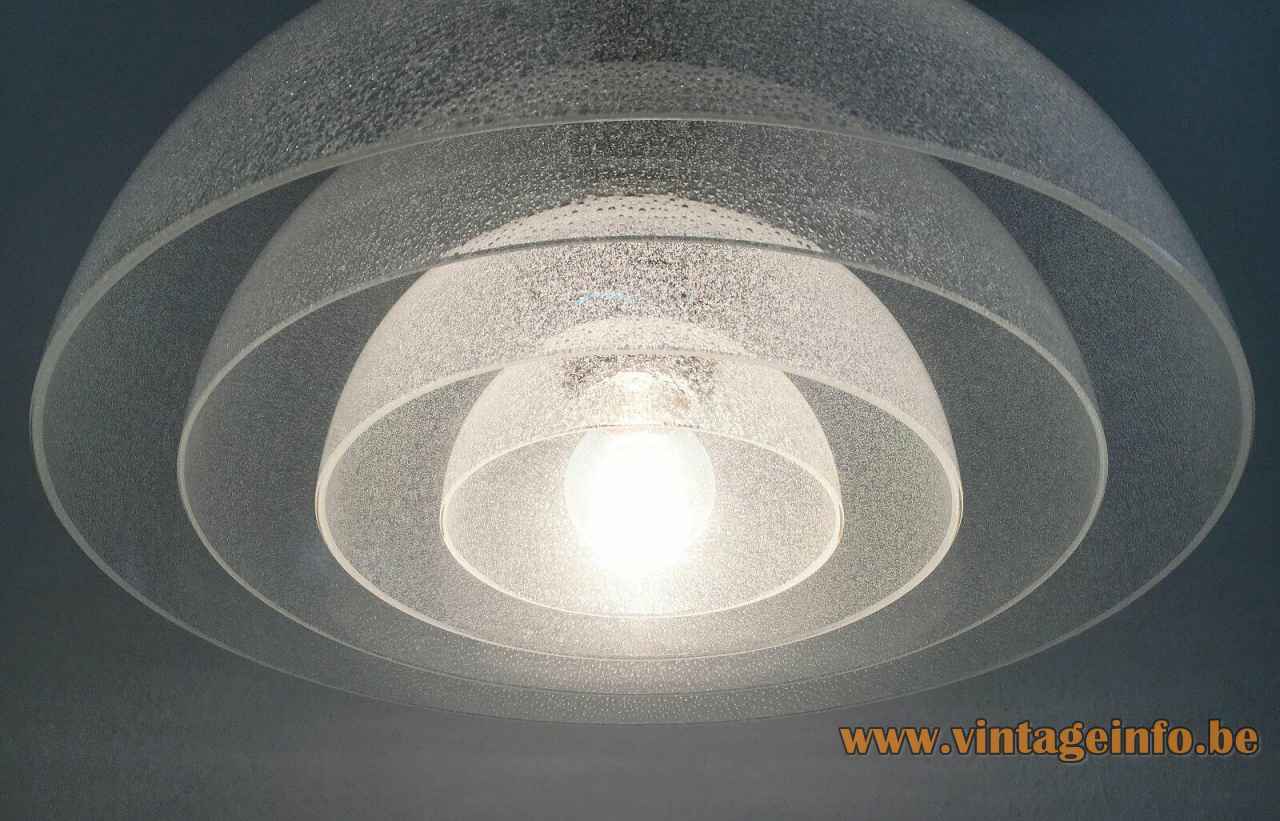 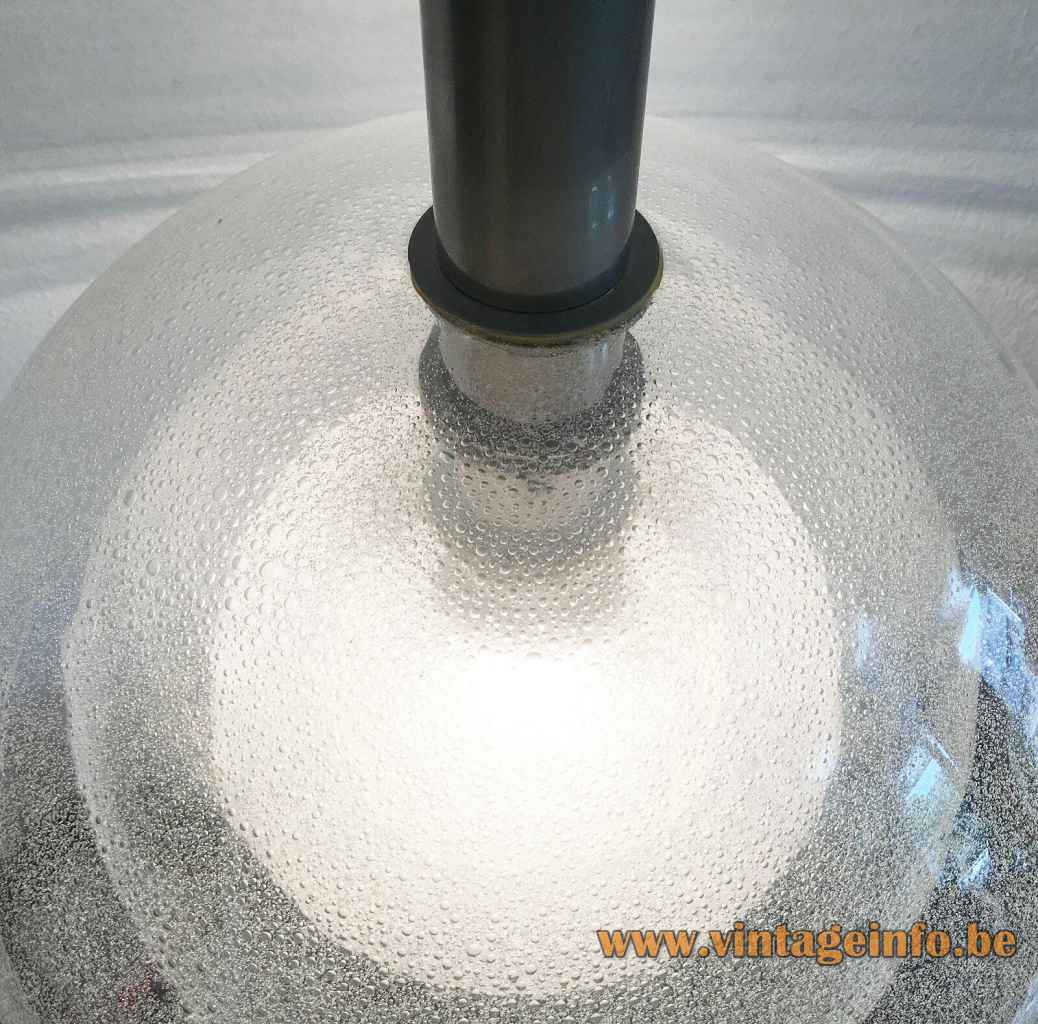 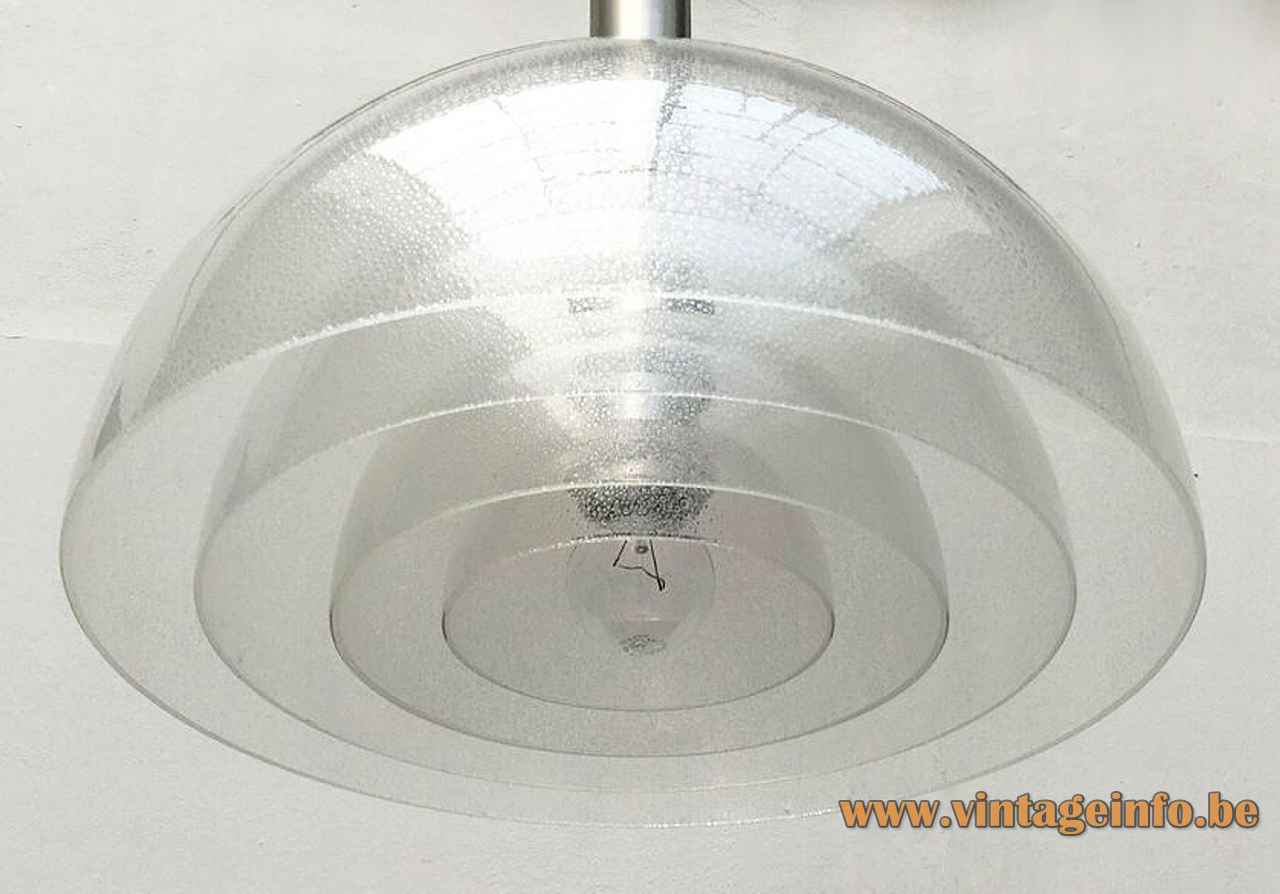 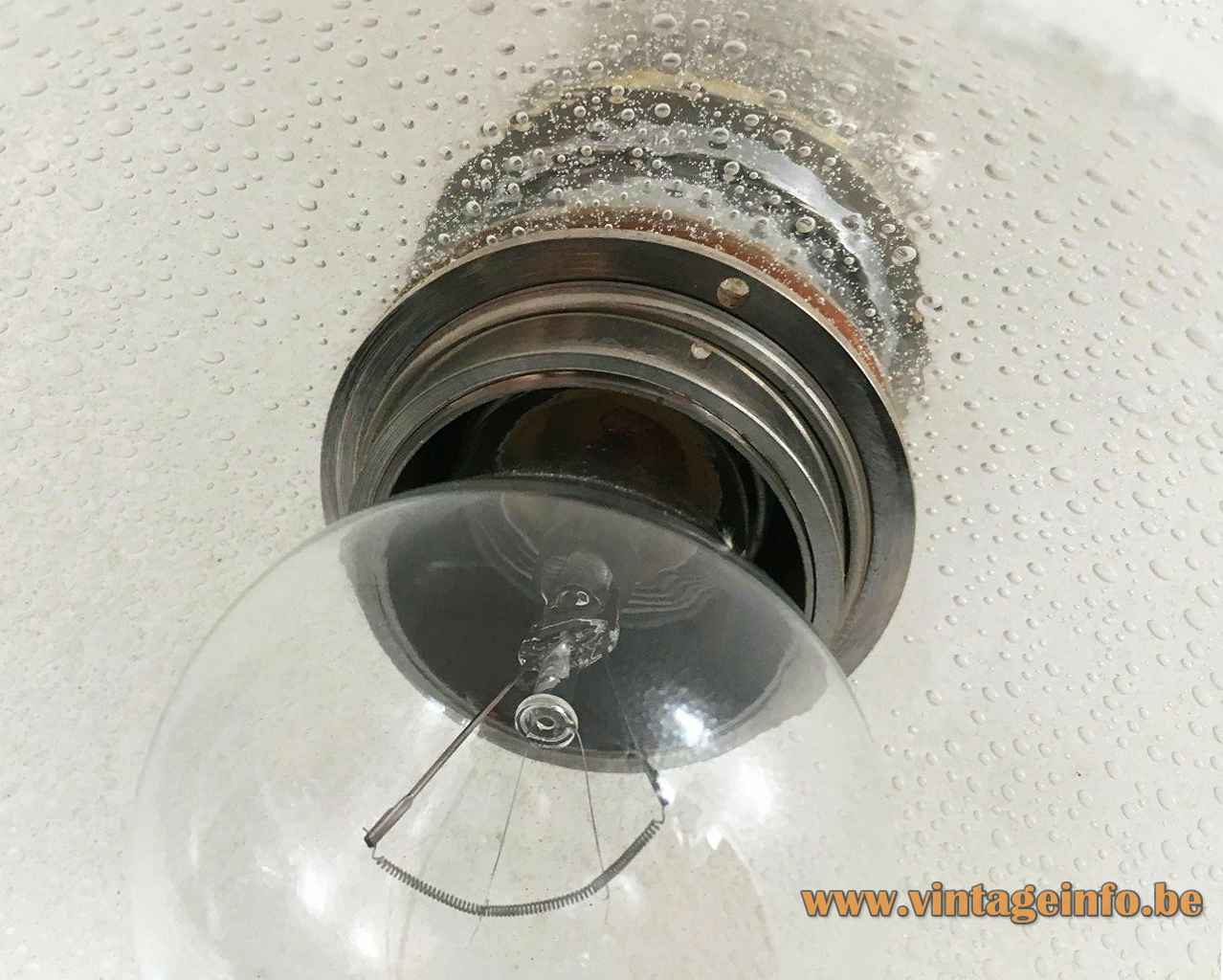 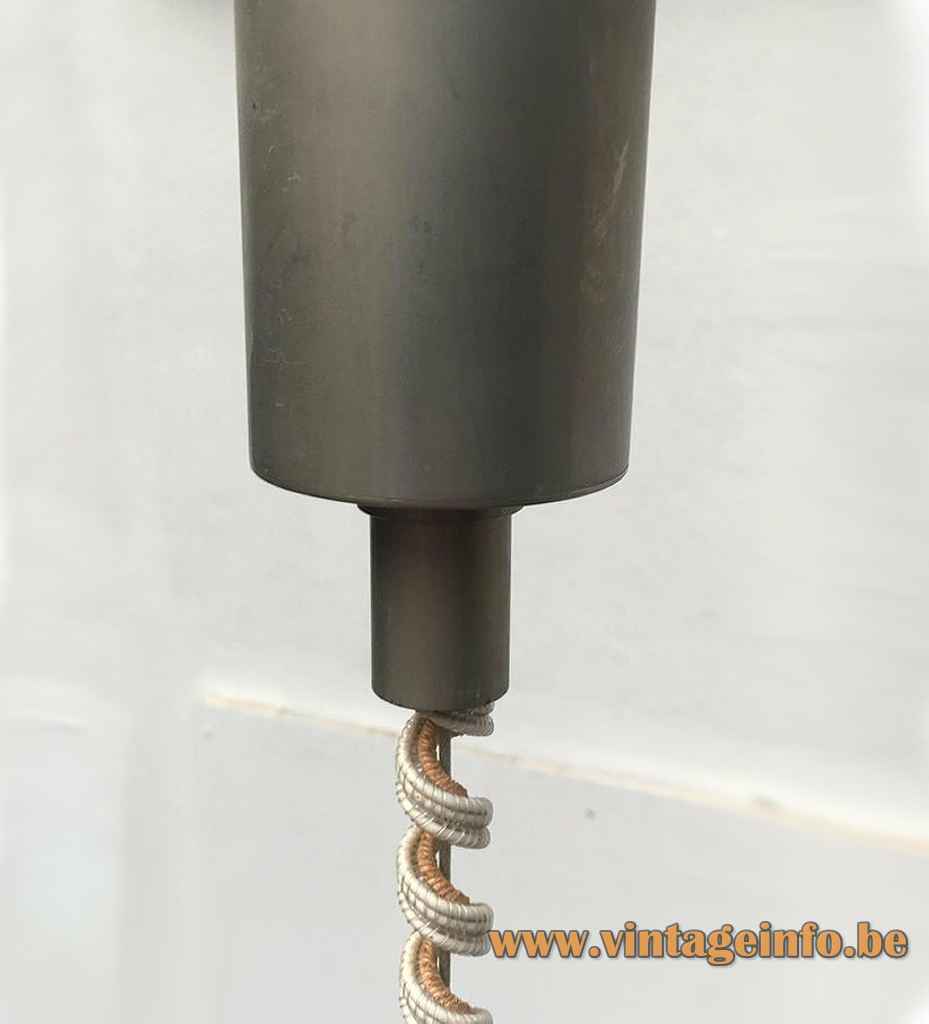 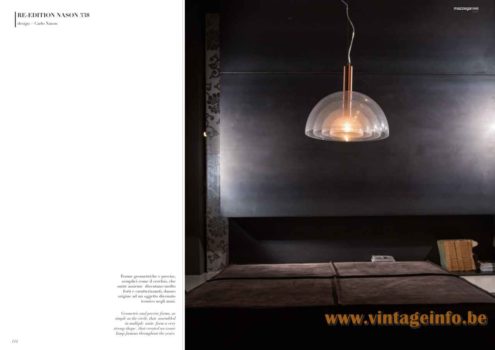 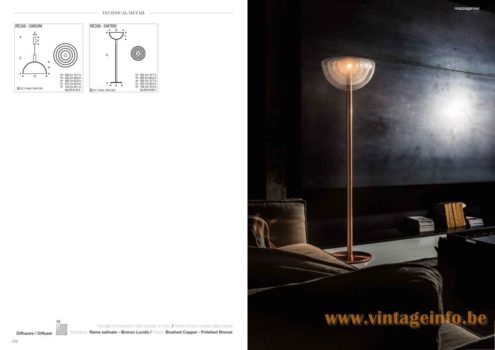 Other versions: This Carlo Nason LT 338 pendant lamp exists with or without rise & fall mechanism. It was also made as a floor lamp. It was firste named LS 173. Since 2017 a re-edition is made by Mazzega 1946. Without a rise & fall mechanism and with a brushed copper or polished bronze tube on top.

AV Mazzega was founded in 1946 by Angelo Vittorio Mazzega. In 1950 his son Gianni Bruno Mazzega started working in the family’s glass factory. 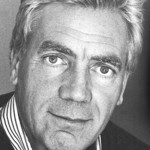 In 1975 he founded his own company iTRE. Since 2002 the company is owned by FDV Group S.p.A., better known as LEUCOS. Many well-known designers worked for the iTRE company.

Not only is he a designer, he is also passionate about photography. In the 60s and 70s he has won numerous competitions.

Carlo’s work can be found in several museums. The Museum of Modern Art  MoMA in New York, USA, the Triennale Design Museum in Milan, Italy. The Corning Museum of Glass in New York has a large collection of his works.

Many thanks to Mazzega 1946 for the catalogue pictures.