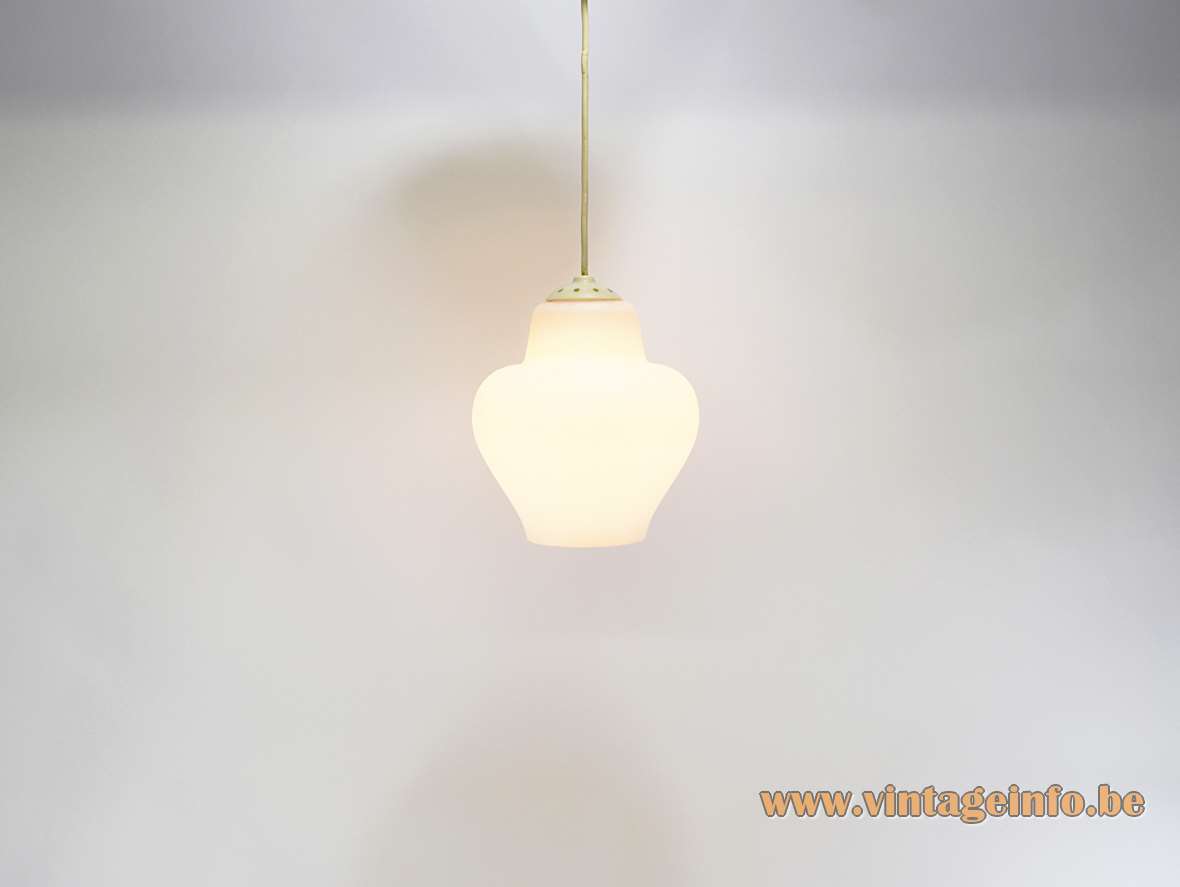 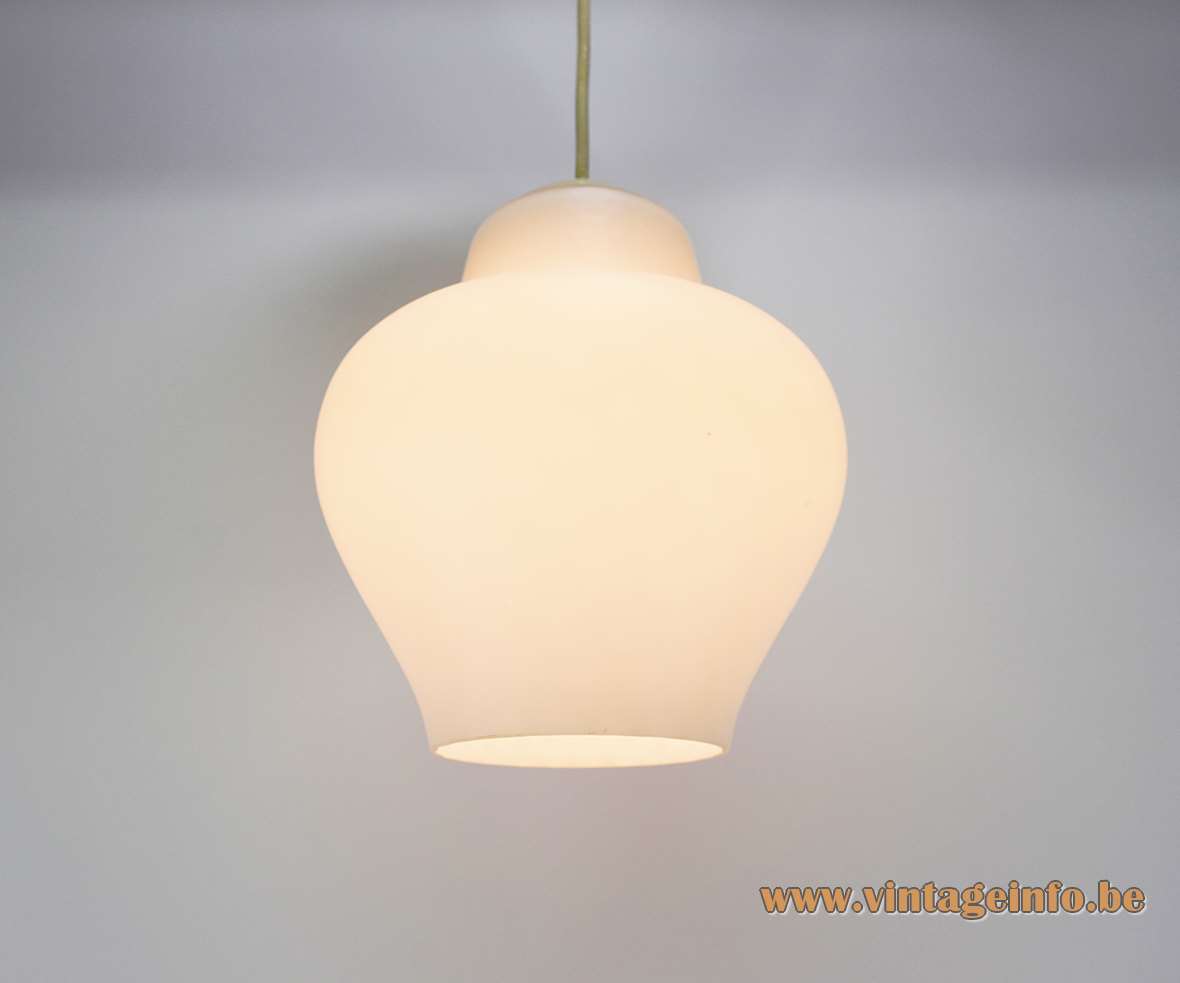 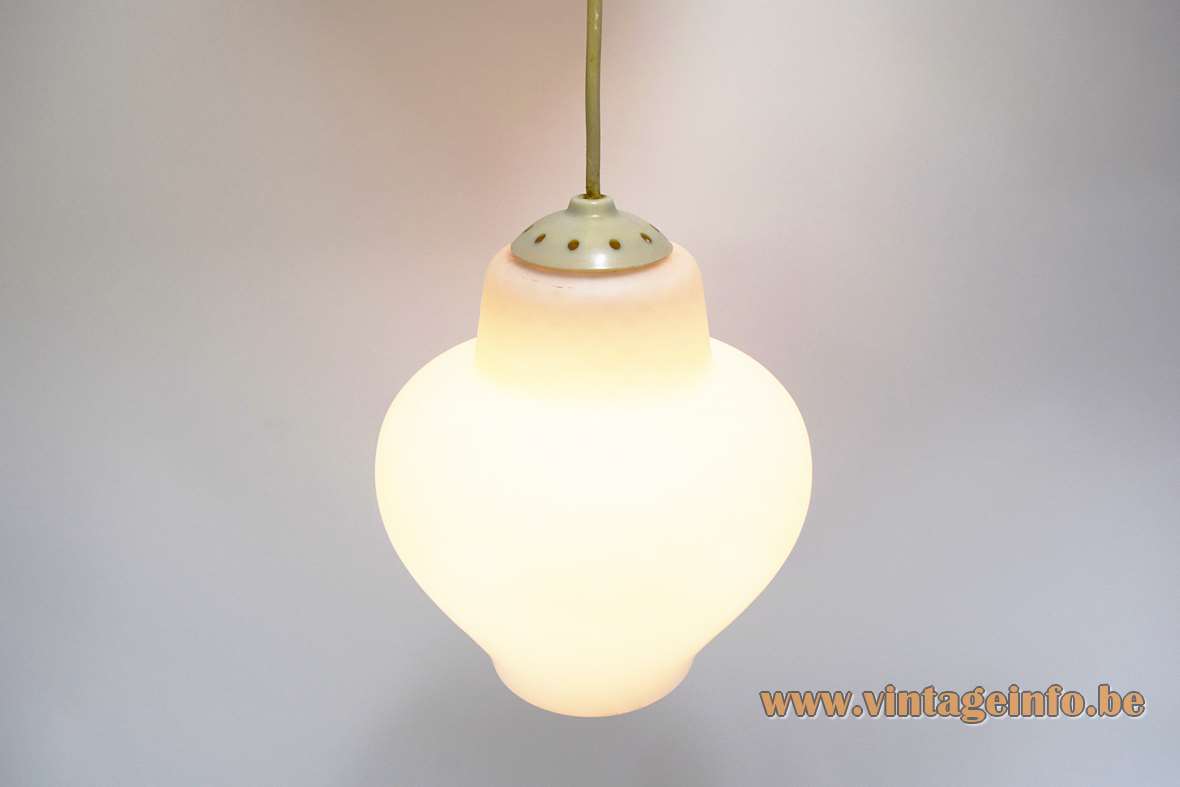 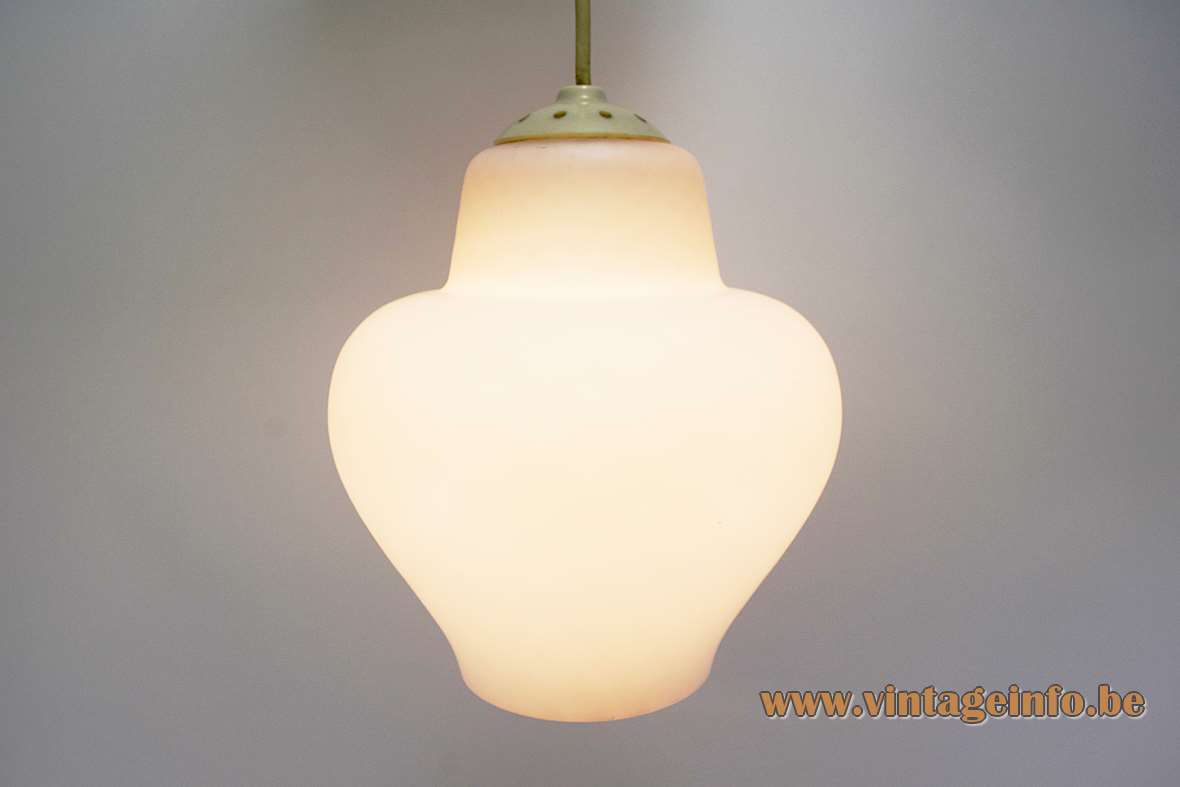 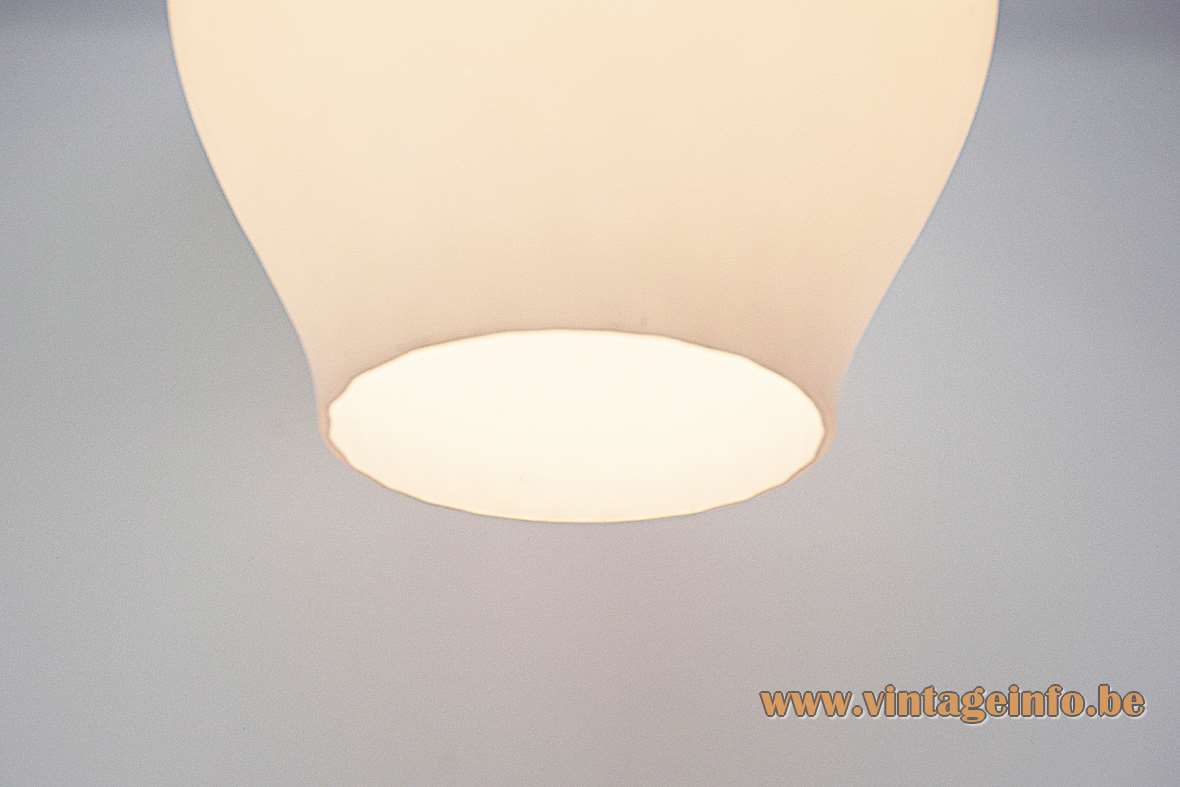 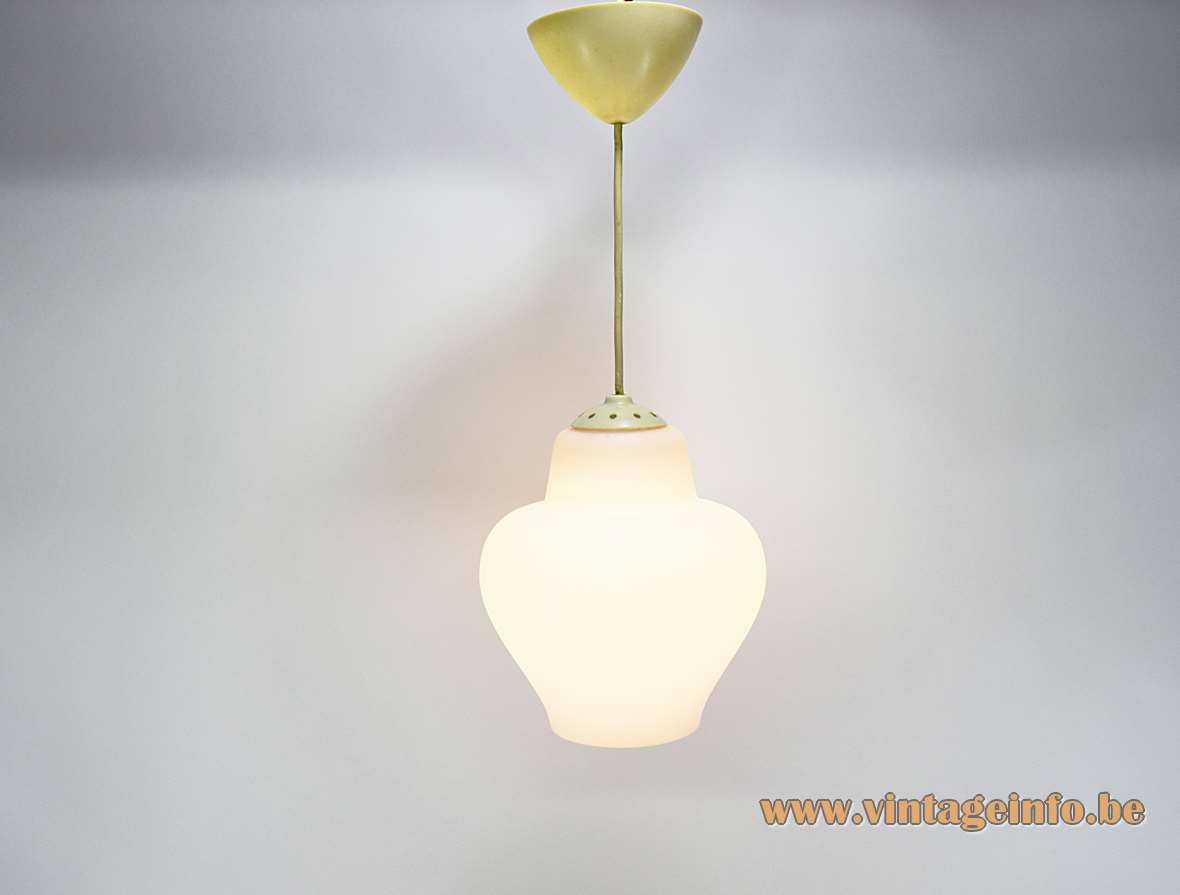 Other versions: This Philips opal glass pendant lamp exists in several versions. It was probably sold with or without metal lampshade. 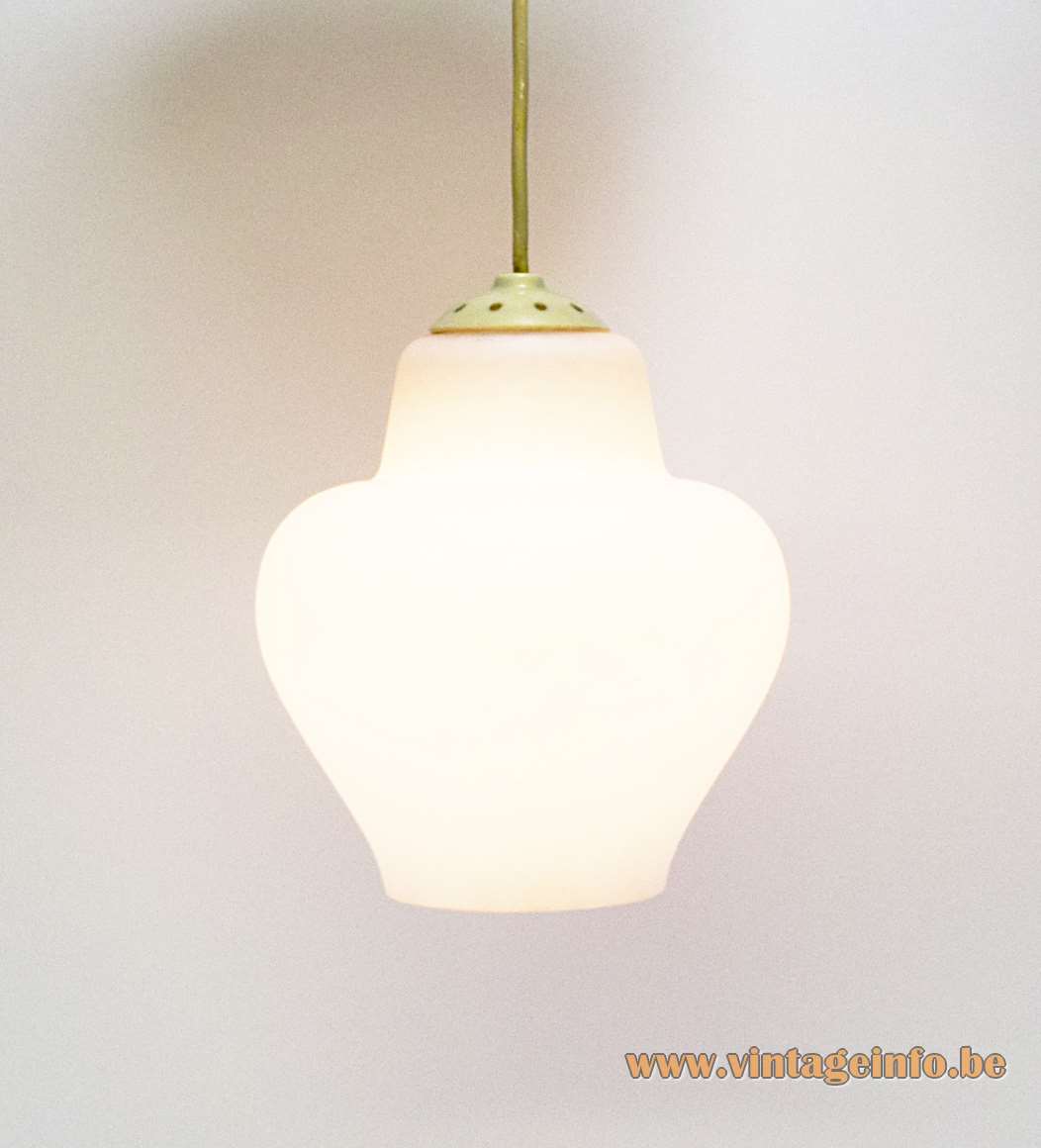 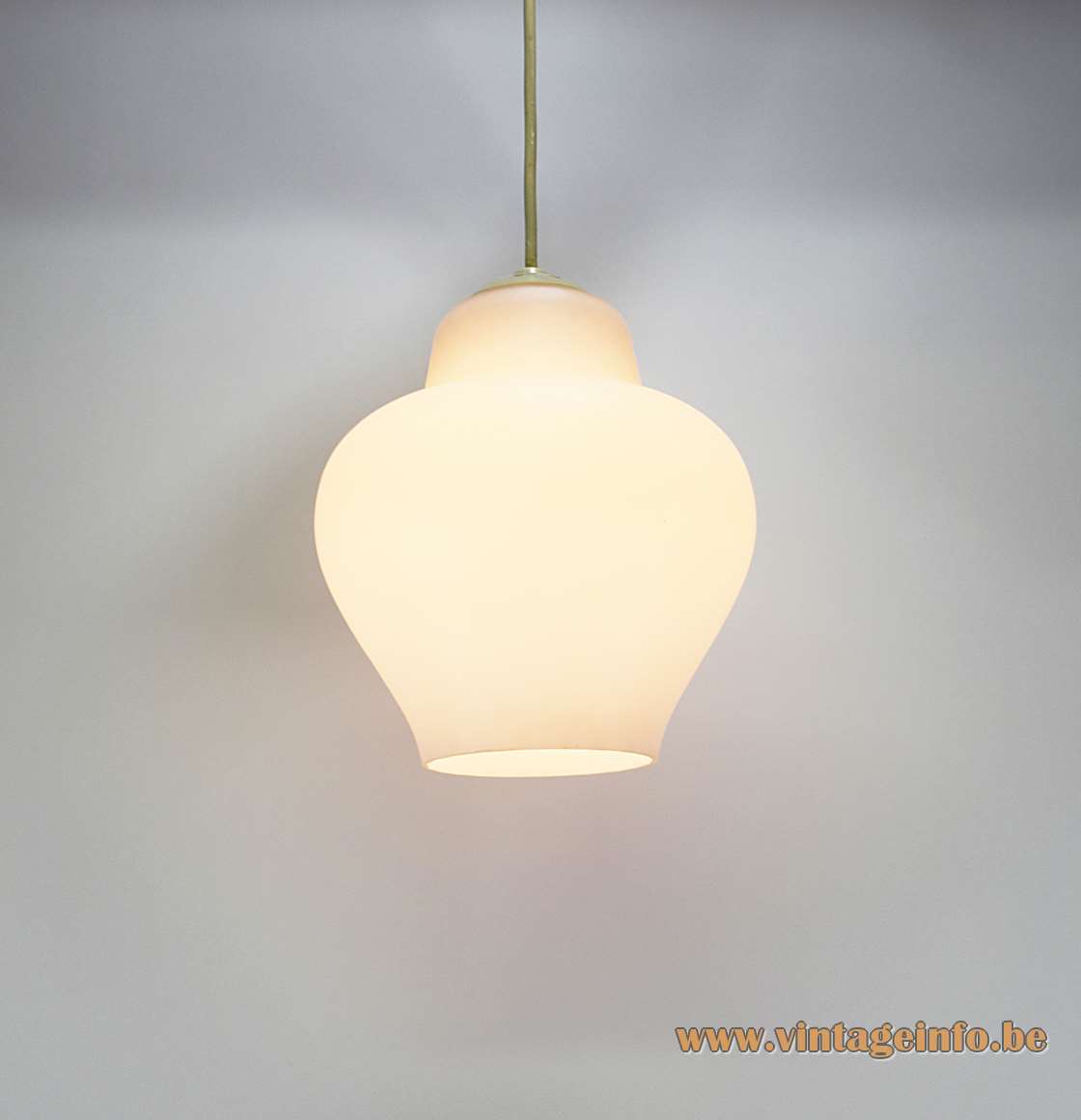