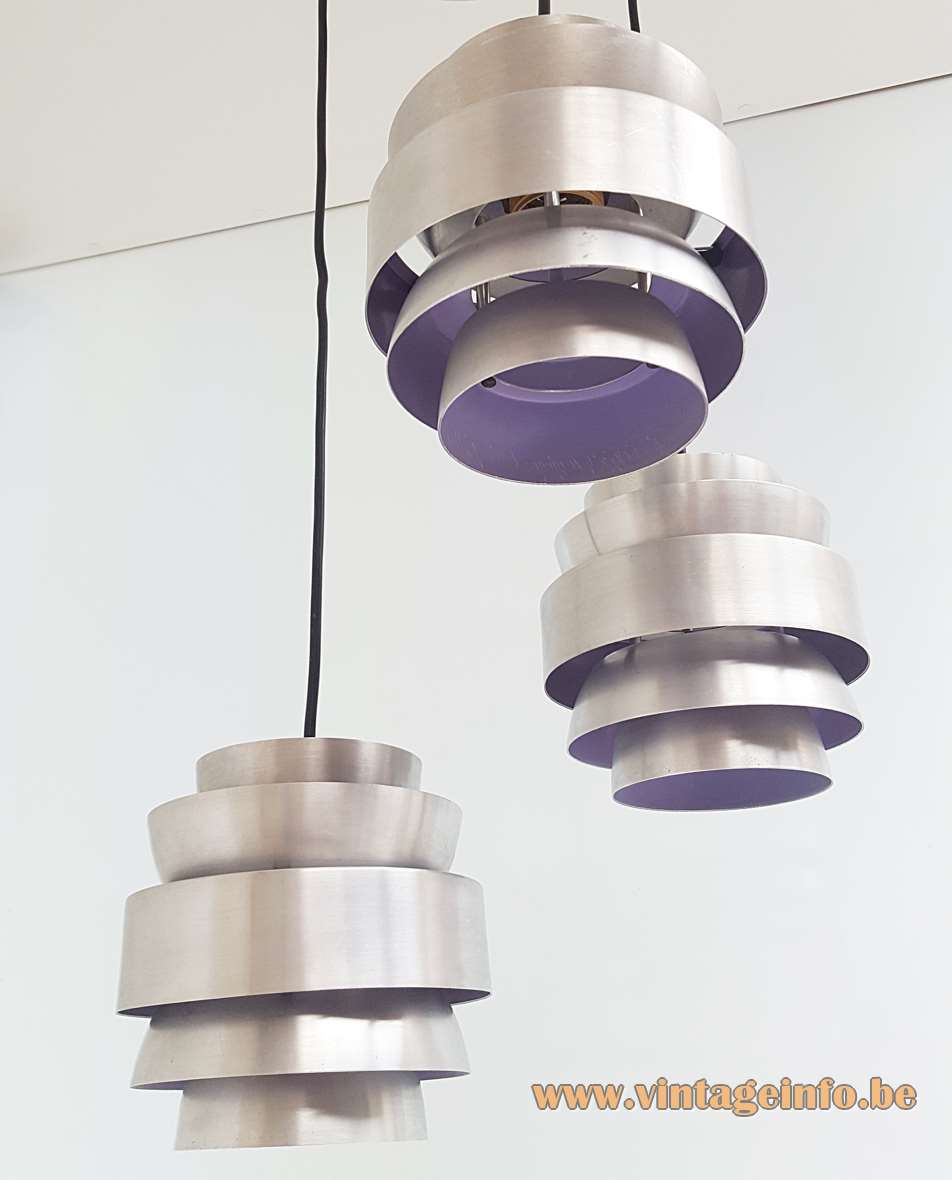 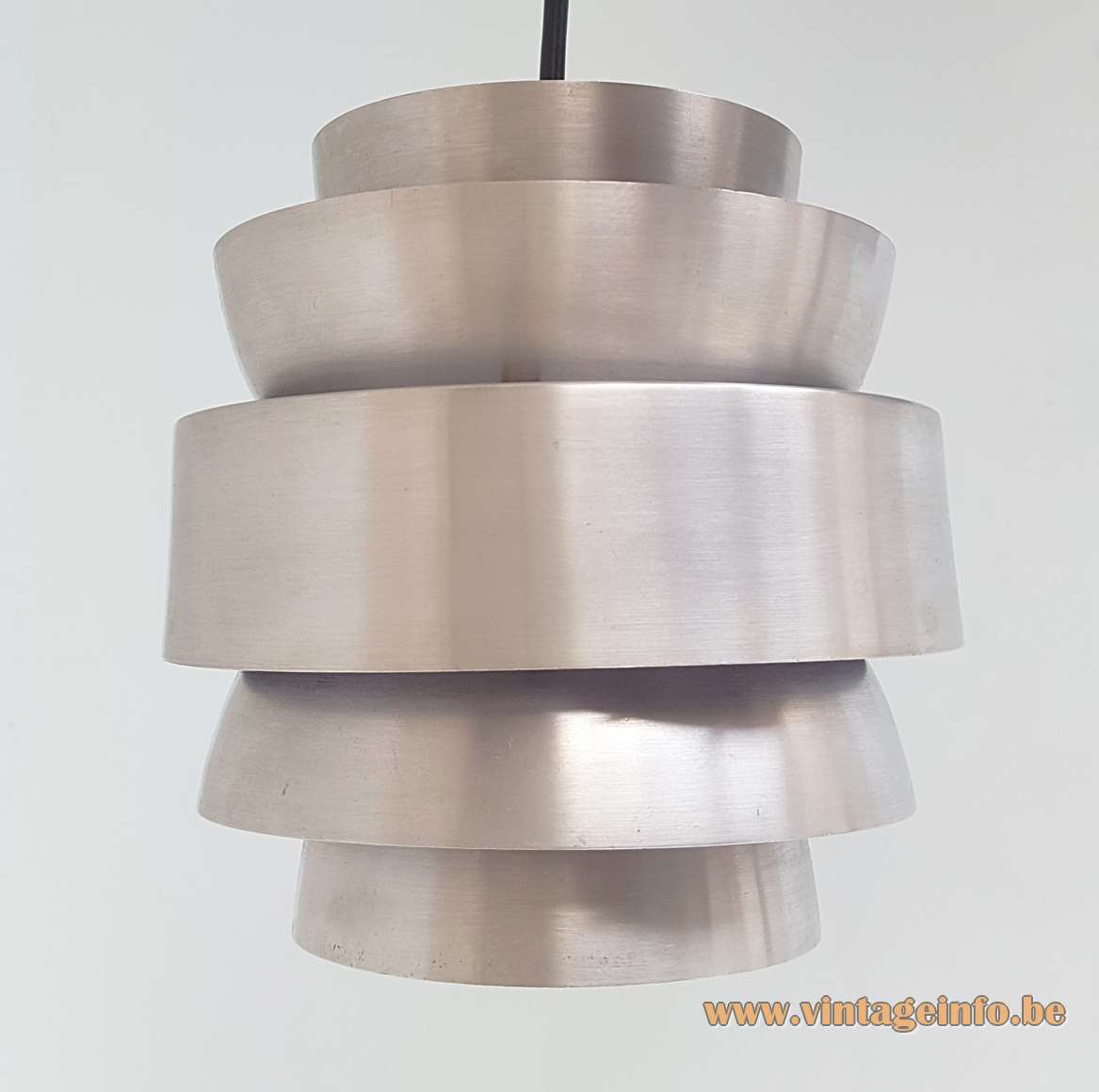 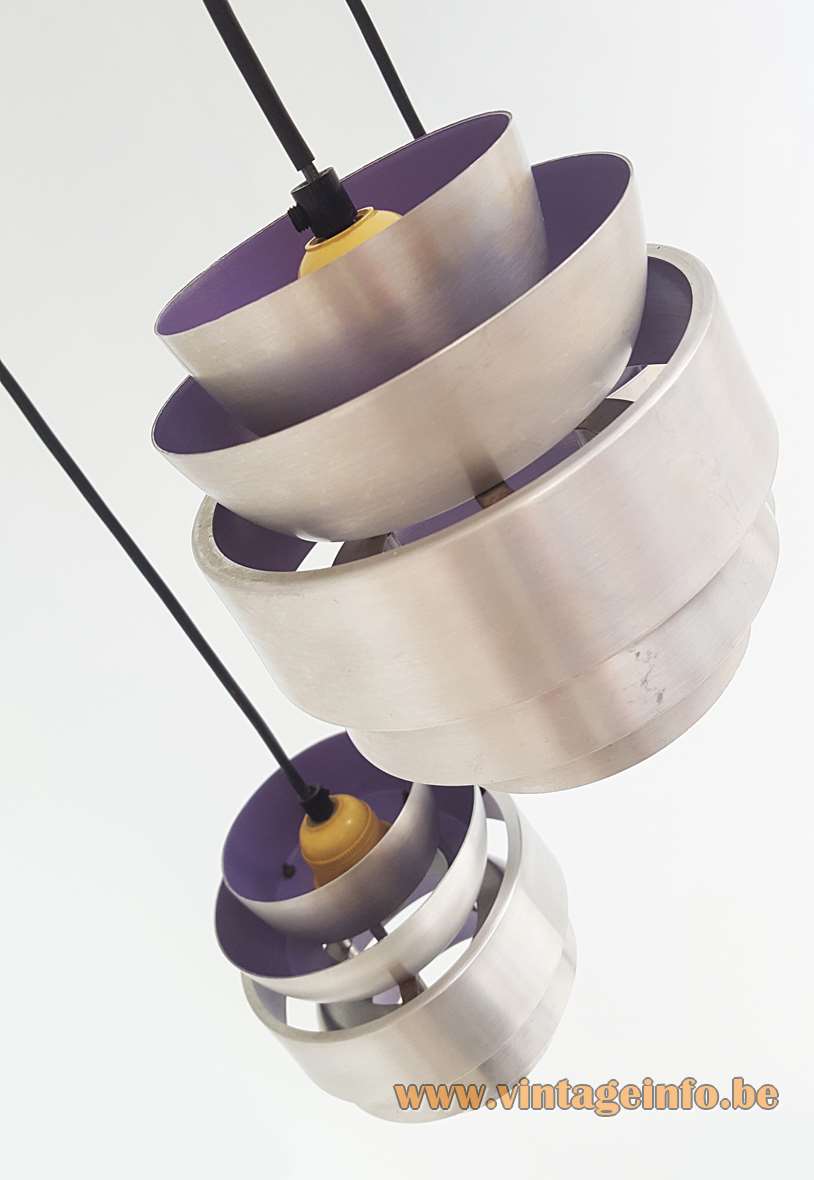 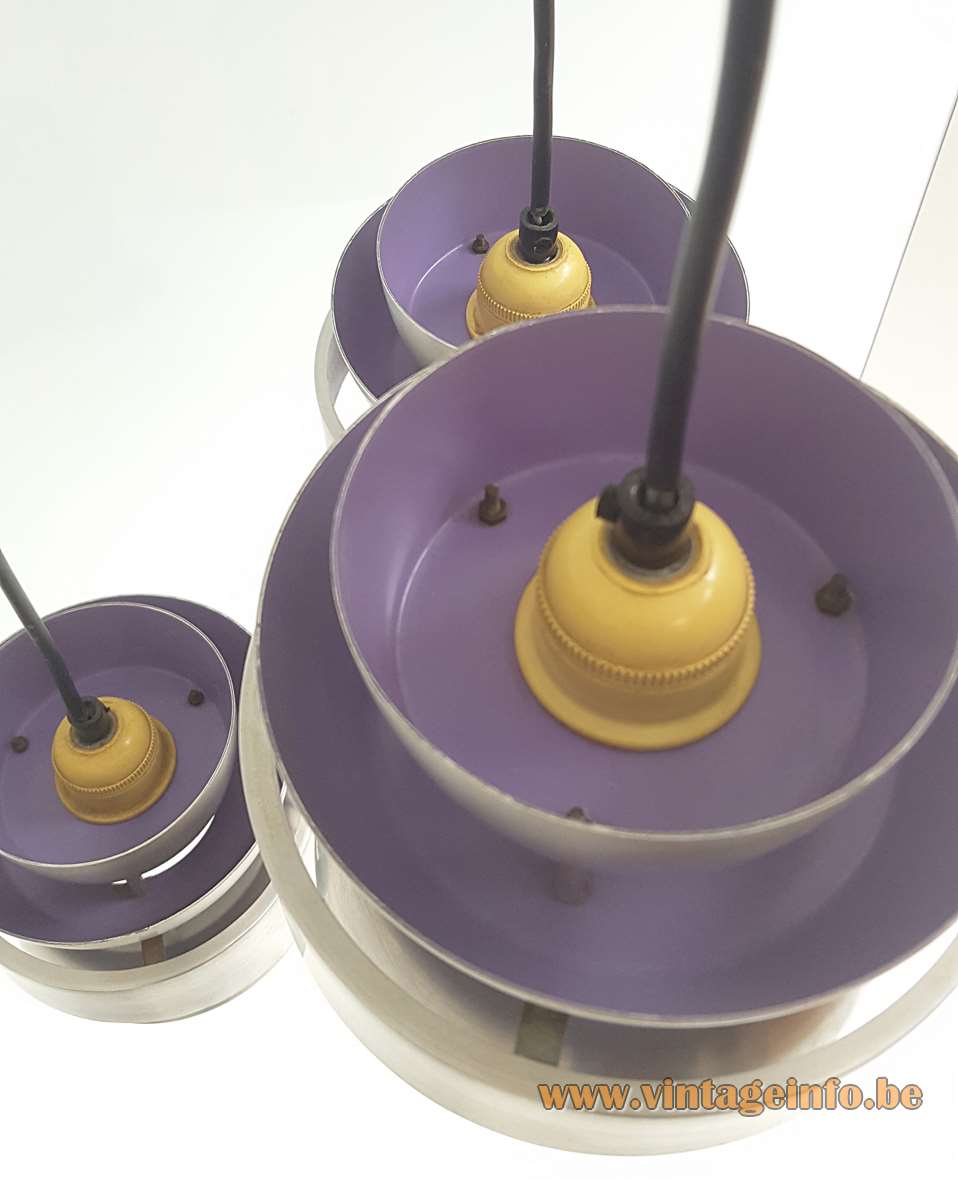 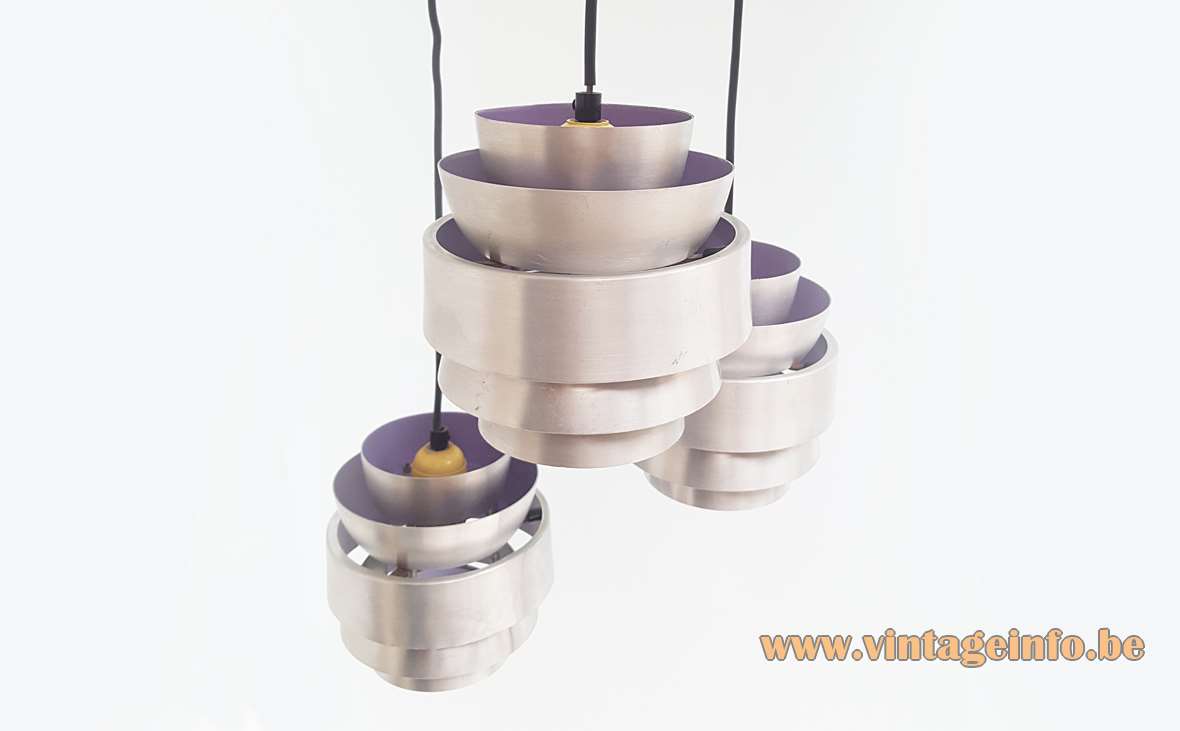 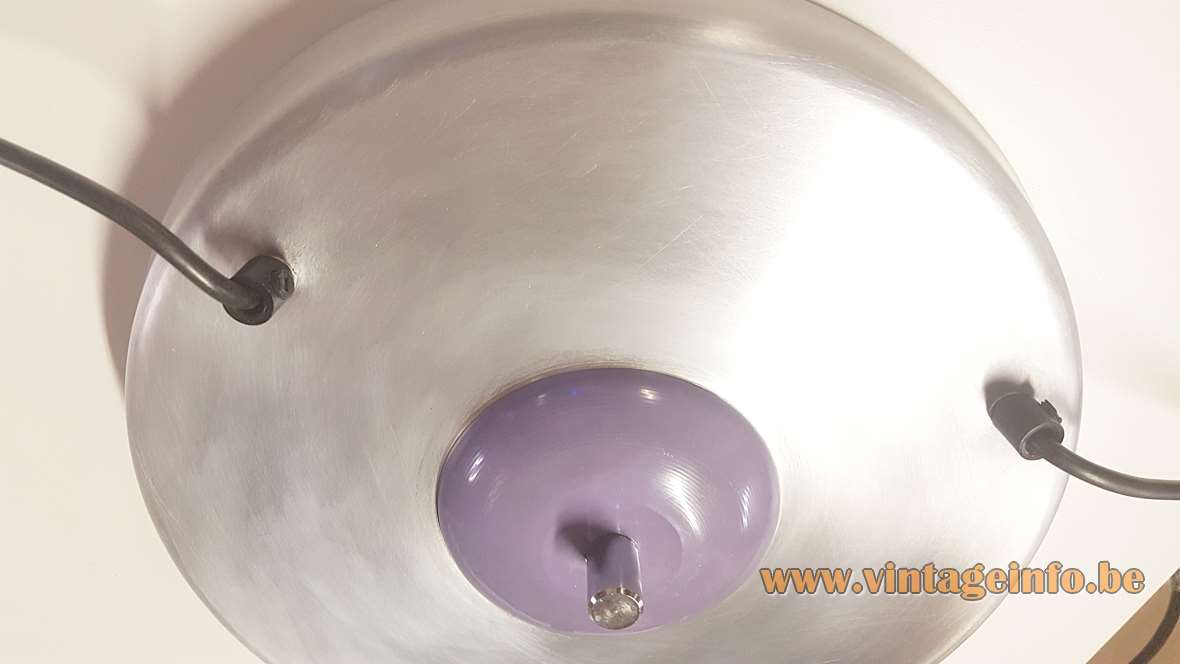 Other versions: This Lakro cascading pendant chandelier exists also as a single pendant lamp. It was probably also made with 5 pendant lamps. Lakro sold many lamps in this Carl Thore style.

Lakro is a family business founded in 1964 by mister Libert. The name Lakro is derived from LAmpen en KROnen: lamps and crowns. Kronen is the Dutch word for flush mounts or ceiling lights.

In the nineties his daughter opened a second business in Putten, also in The Netherlands.

Lakro was a wholesaler of lights until 2002. His daughter and son-in-law transformed the company into a car styling and car audio business that same year. The company still exists (2019).

Private limited liability company in Belgium and The Netherlands (Wikipedia) 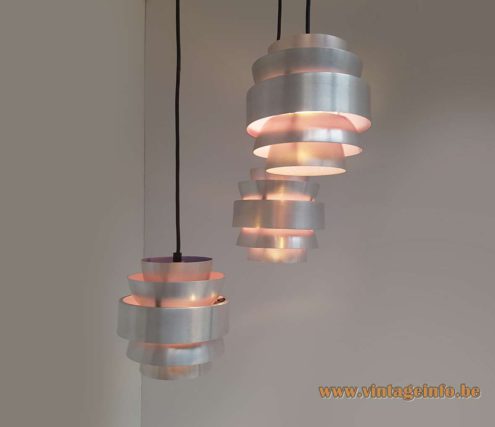