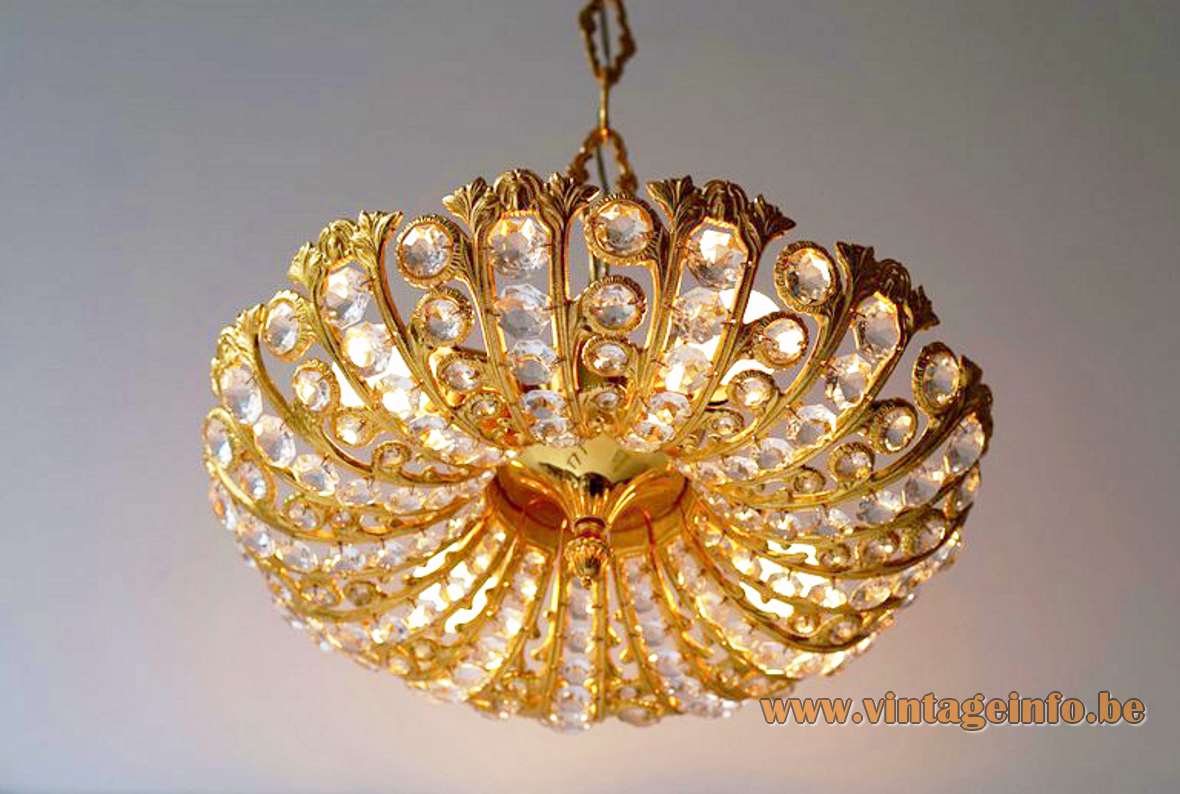 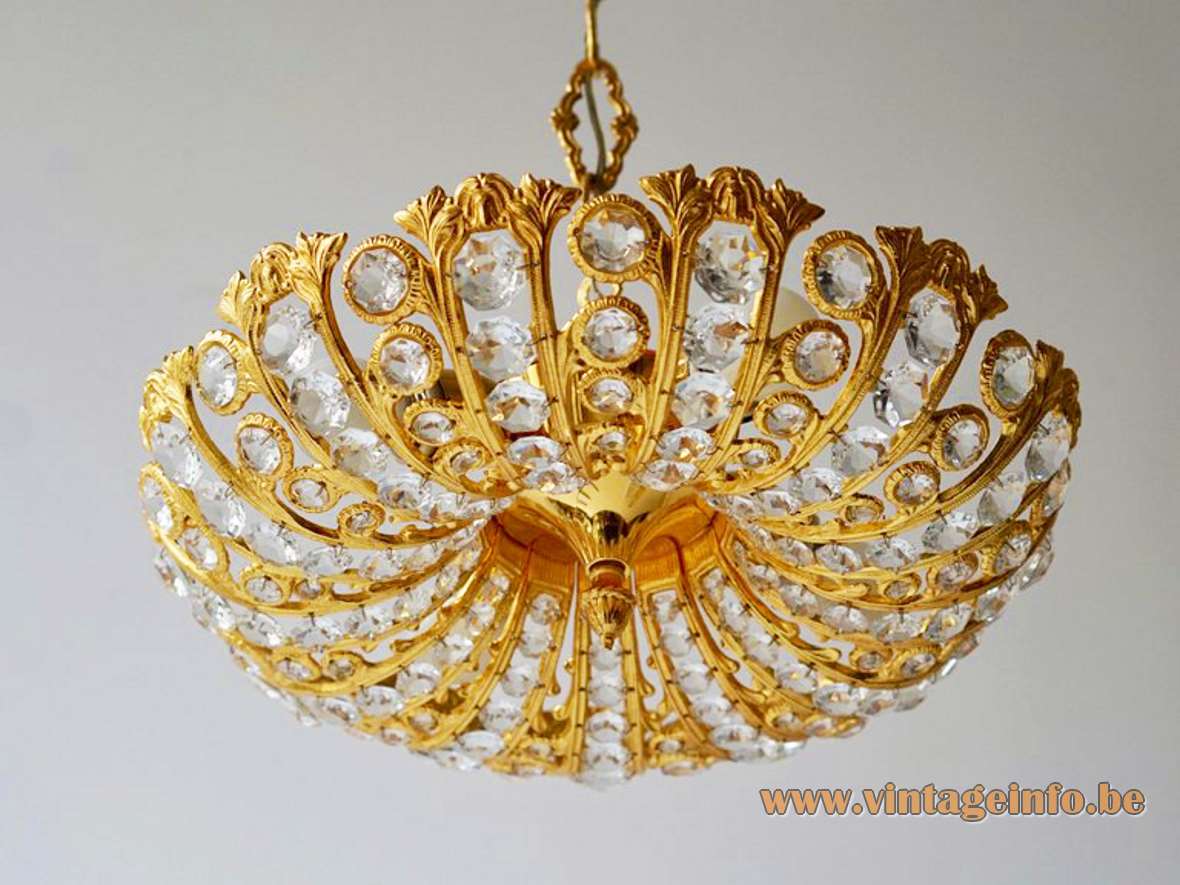 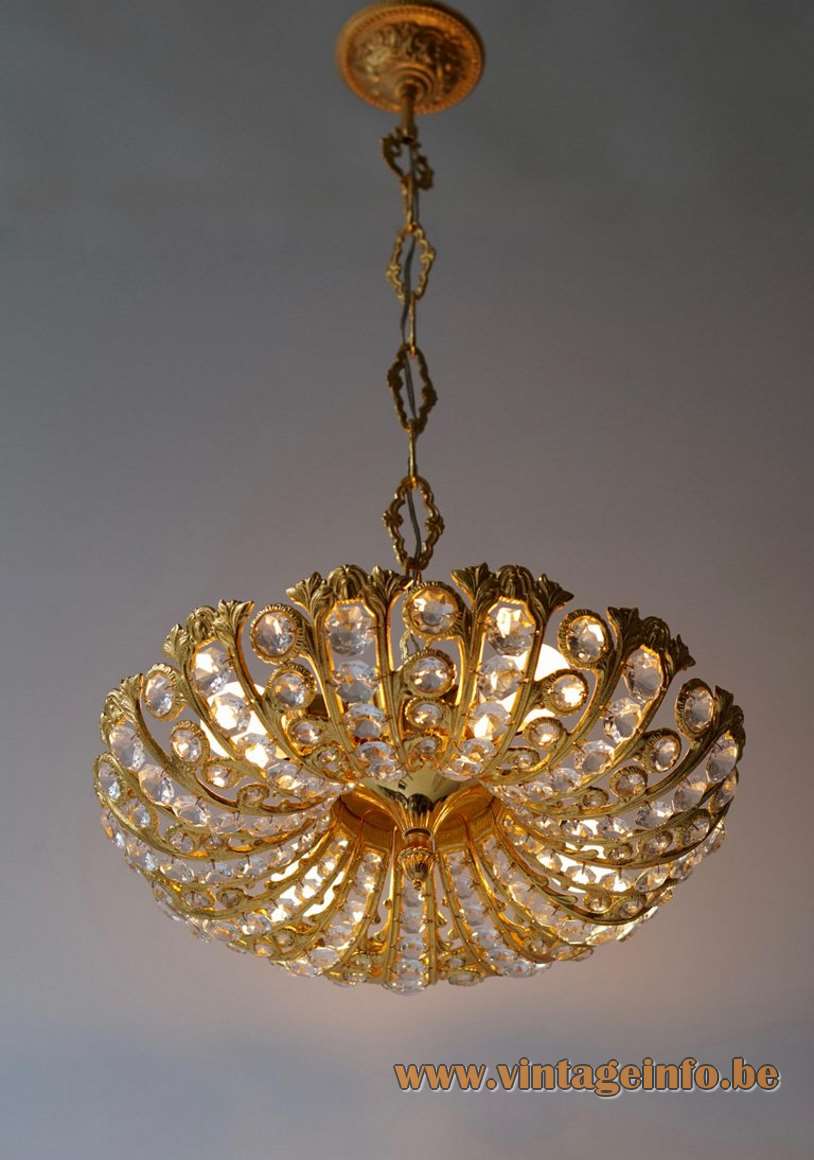 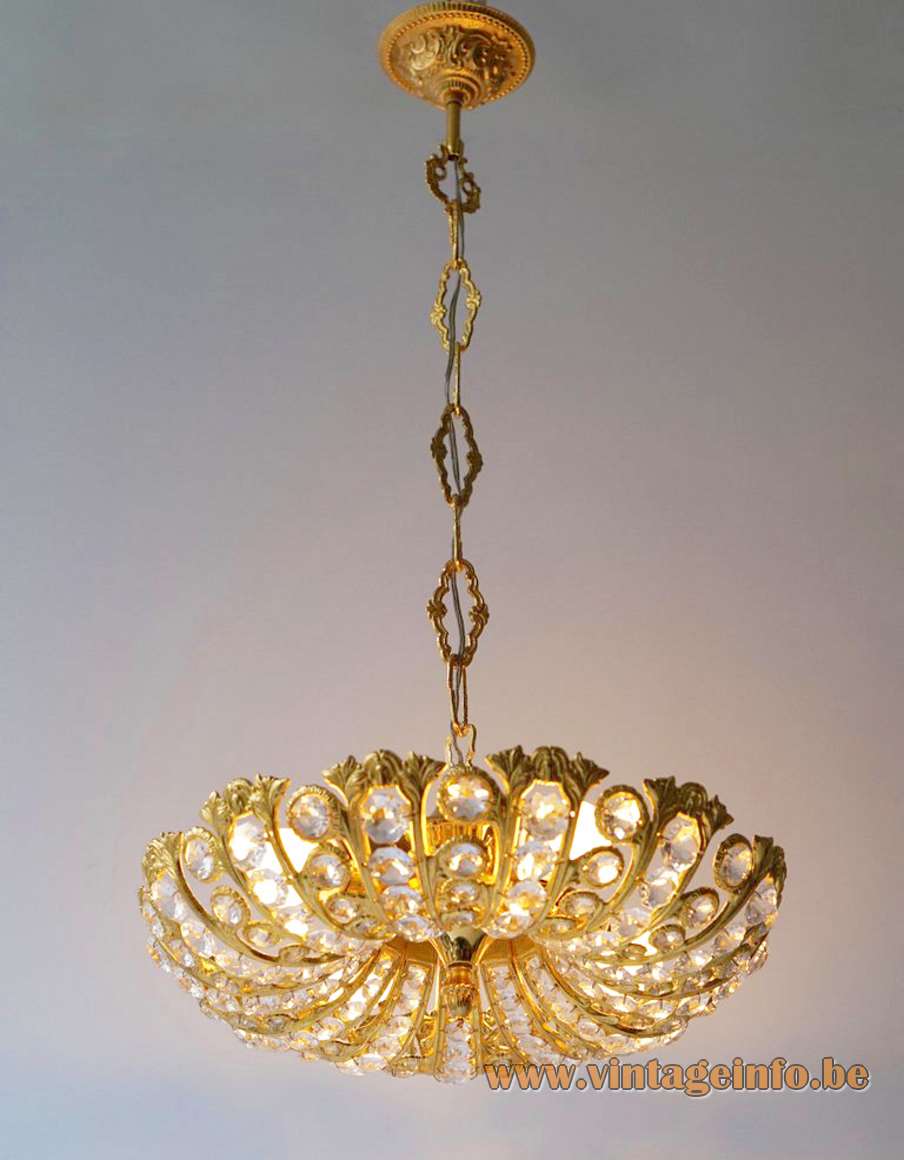 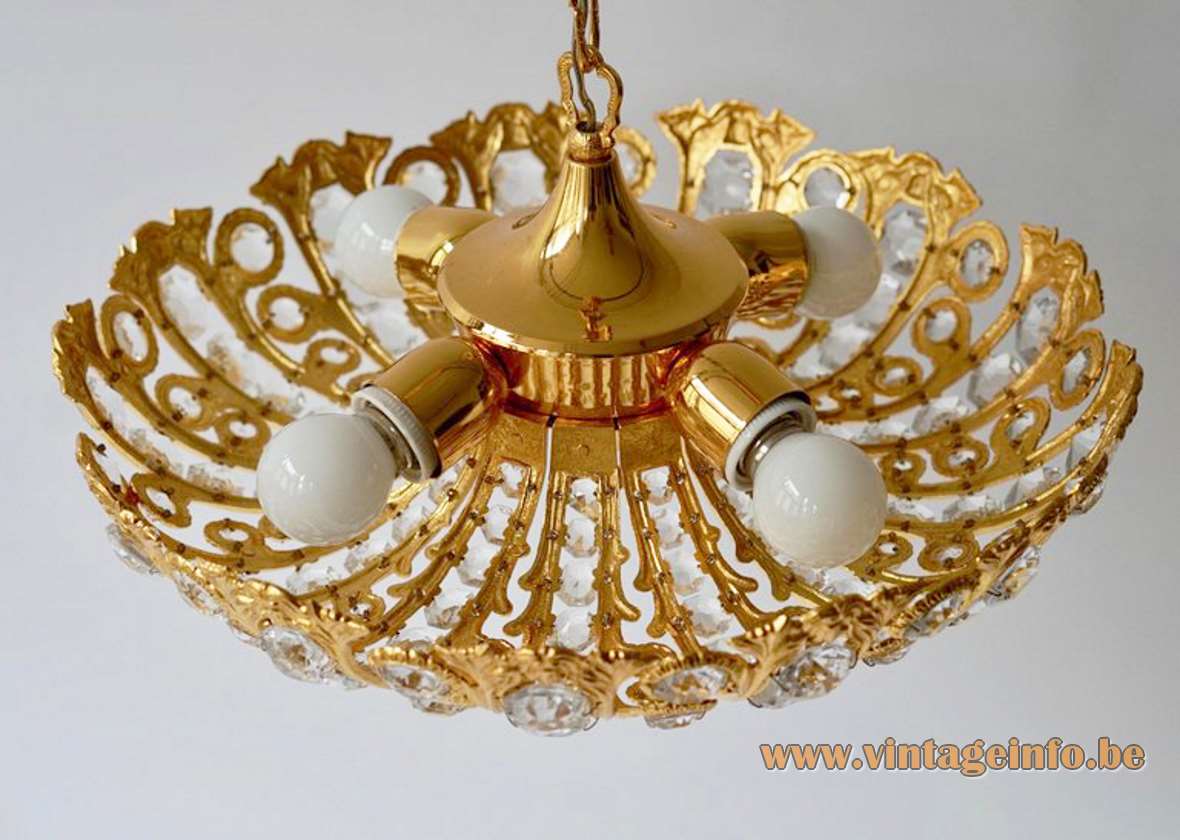 Materials: Round lampshade made of a gilded curved brass frame with many oval rings/circles. Brass chain, parts and rods. Cut crystal glass beads. Brass E14 sockets with a porcelain ring.

Other versions: This Palwa brass and crystal glass chandelier exists in a smaller version. Palwa produced many lamps in this style. All with those brass rings and cut beads.

Another brass and glass chandelier