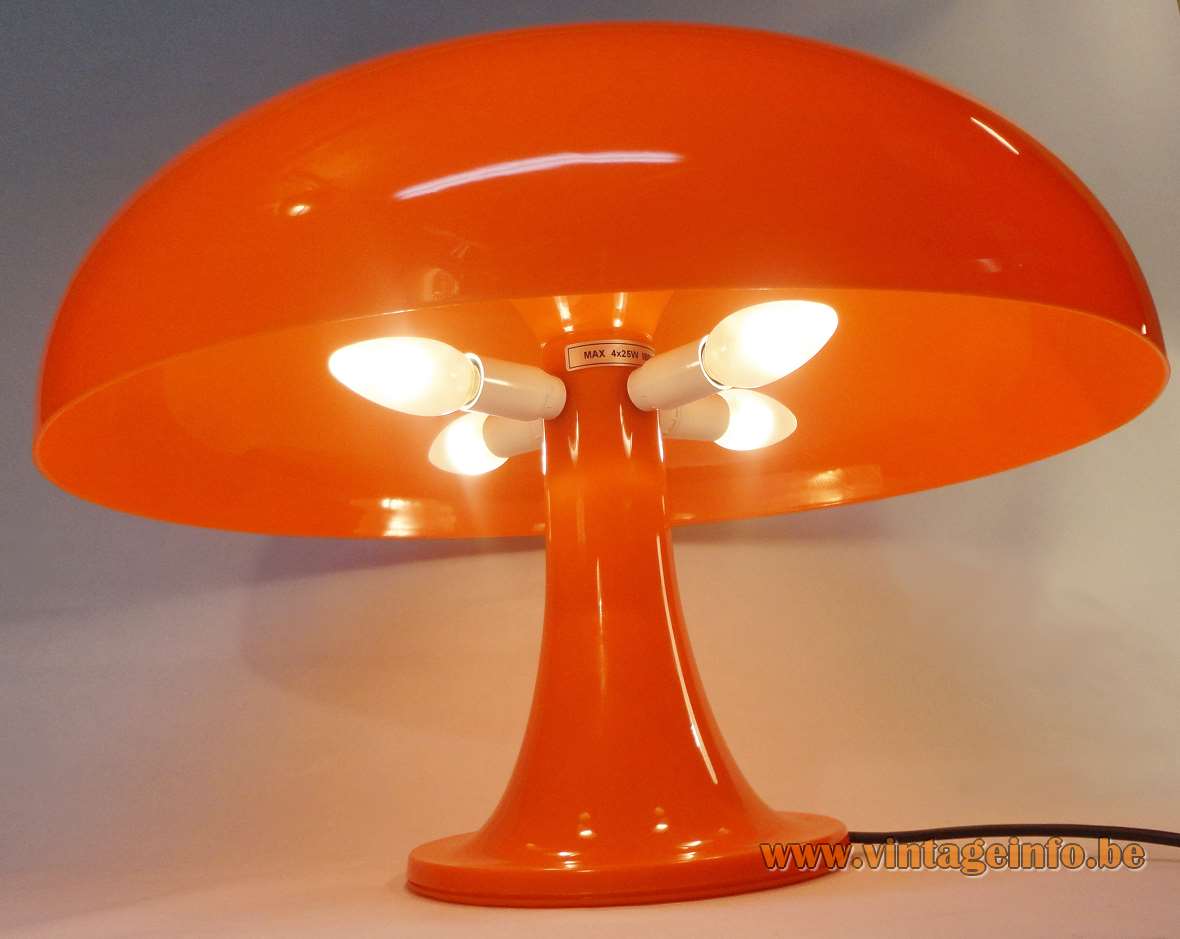 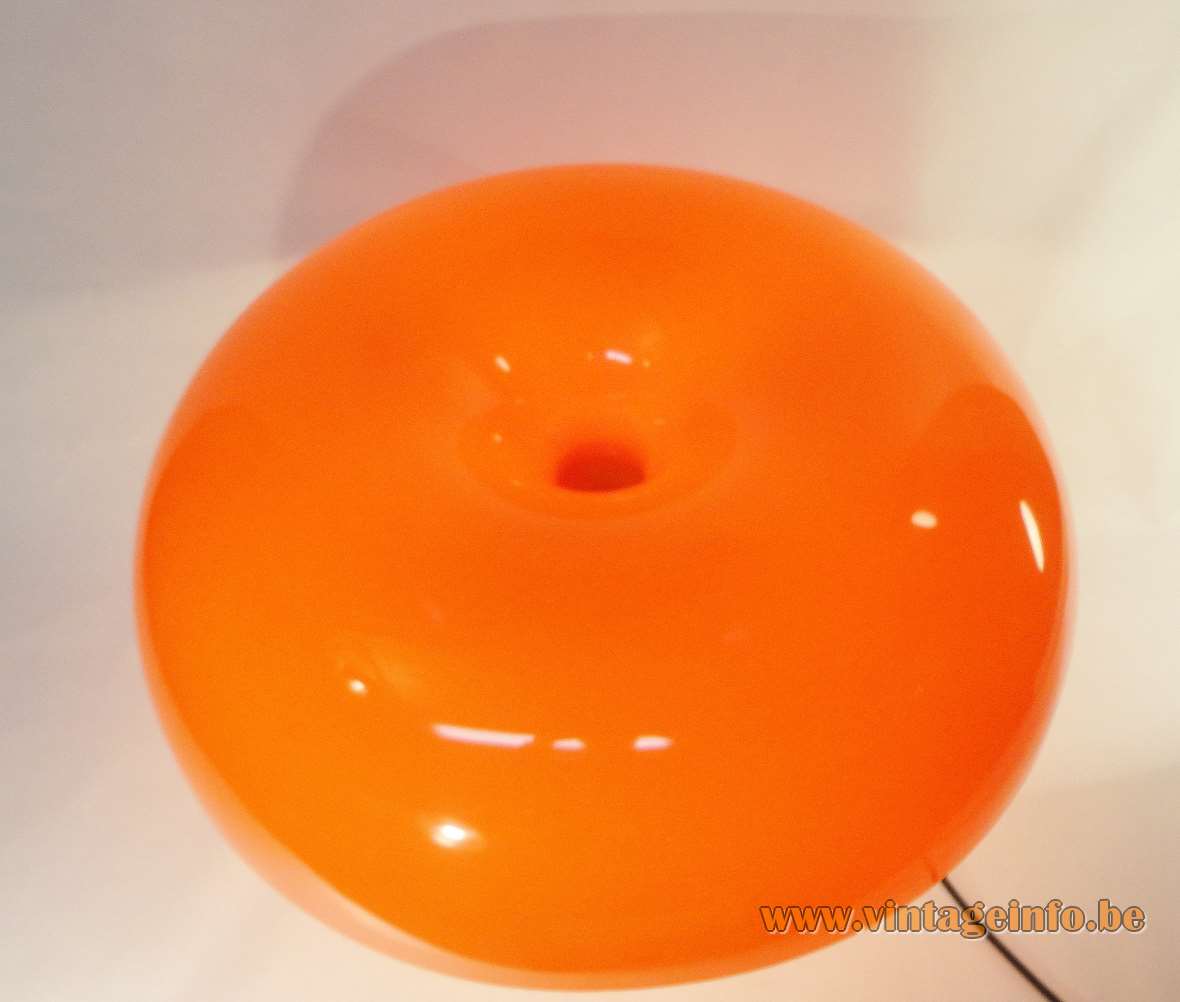 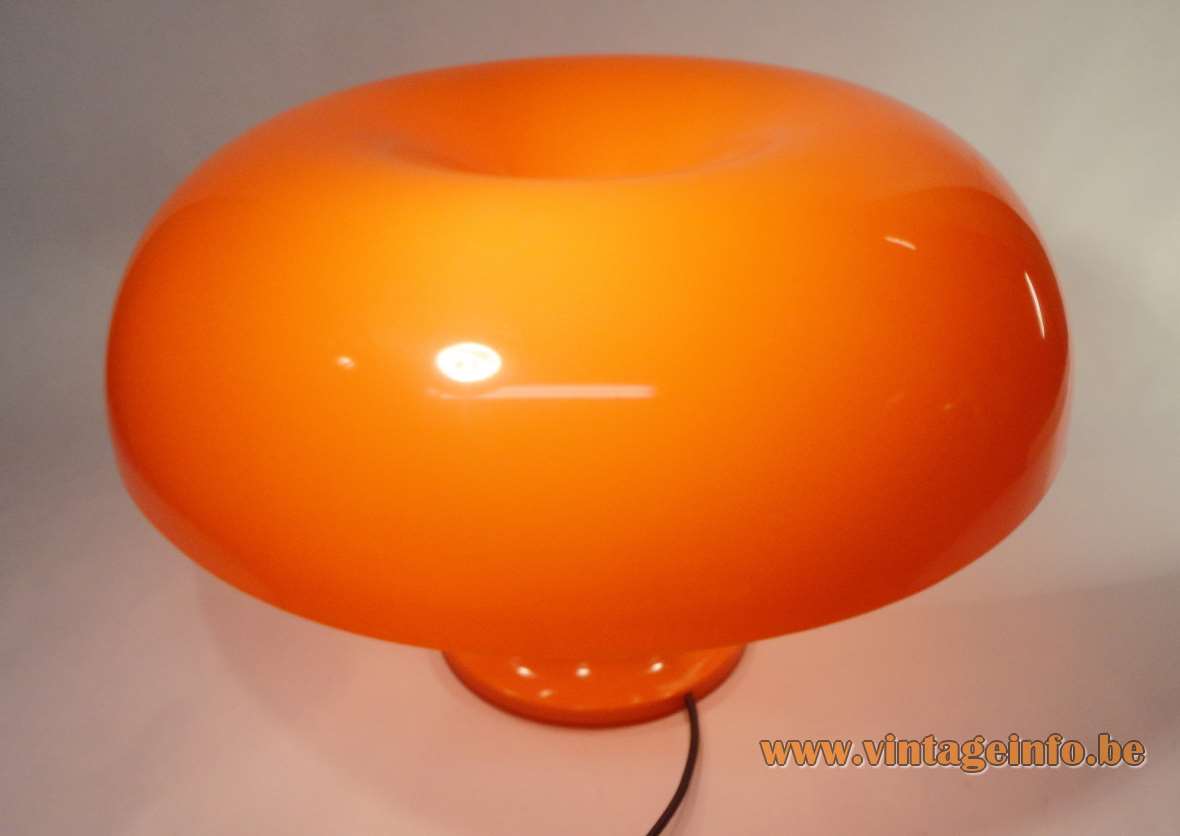 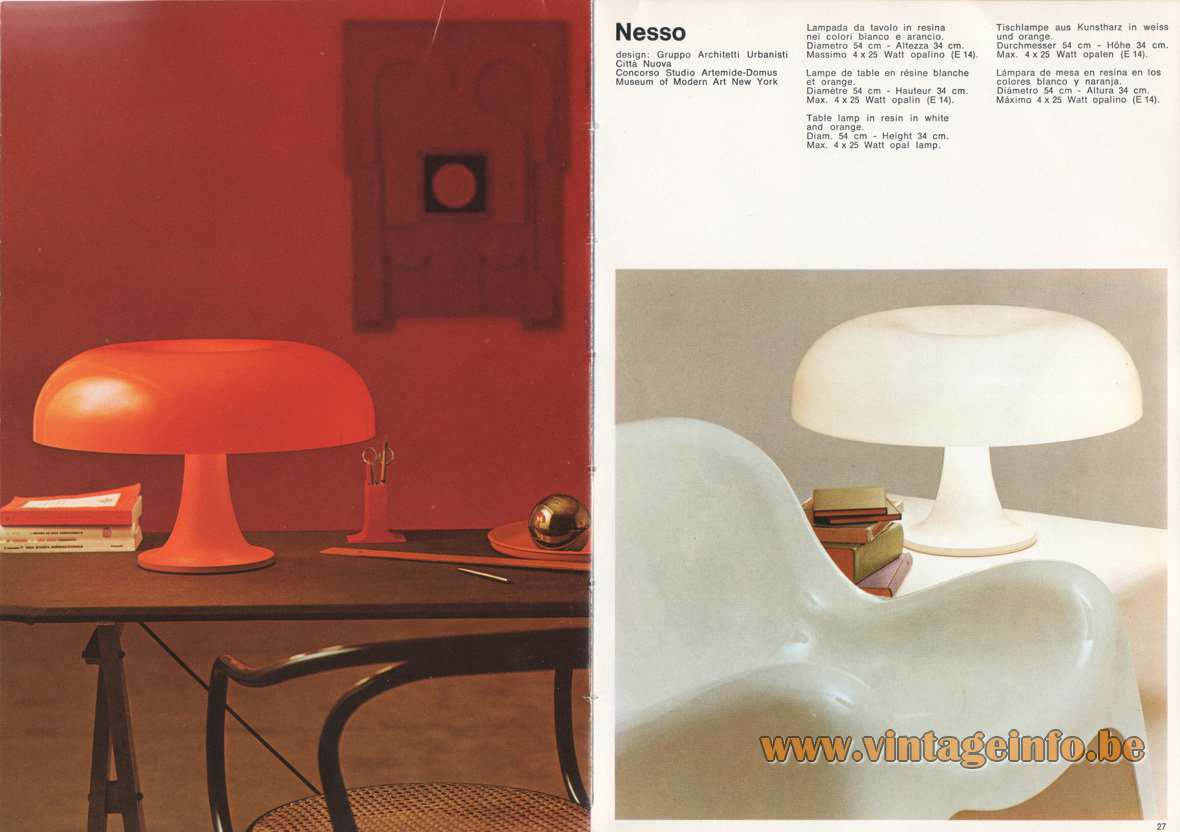 An Artemide Nesso table lamp appears in the Italian film Tutto l’Amore Che C’è (All the Love There Is) from 2000. It was directed by Sergio Rubini. Several design lamps appear in this movie as you can see below in a fragment on YouTube: The Chimera table and floor lamp and also the Lesbo table lamp, all by Artemide. Several other lamps such as the Harvey Guzzini Brumbry also appear in the movie.

An Artemide Nesso table lamp was used as a prop in the French TV series Dix Pour Cent (10%). English name: Call my agent. The Nesso table lamp appears in episode 5 of season 2 (2017).  Guest stars in this episode: Guy Marchand and Julien Doré. 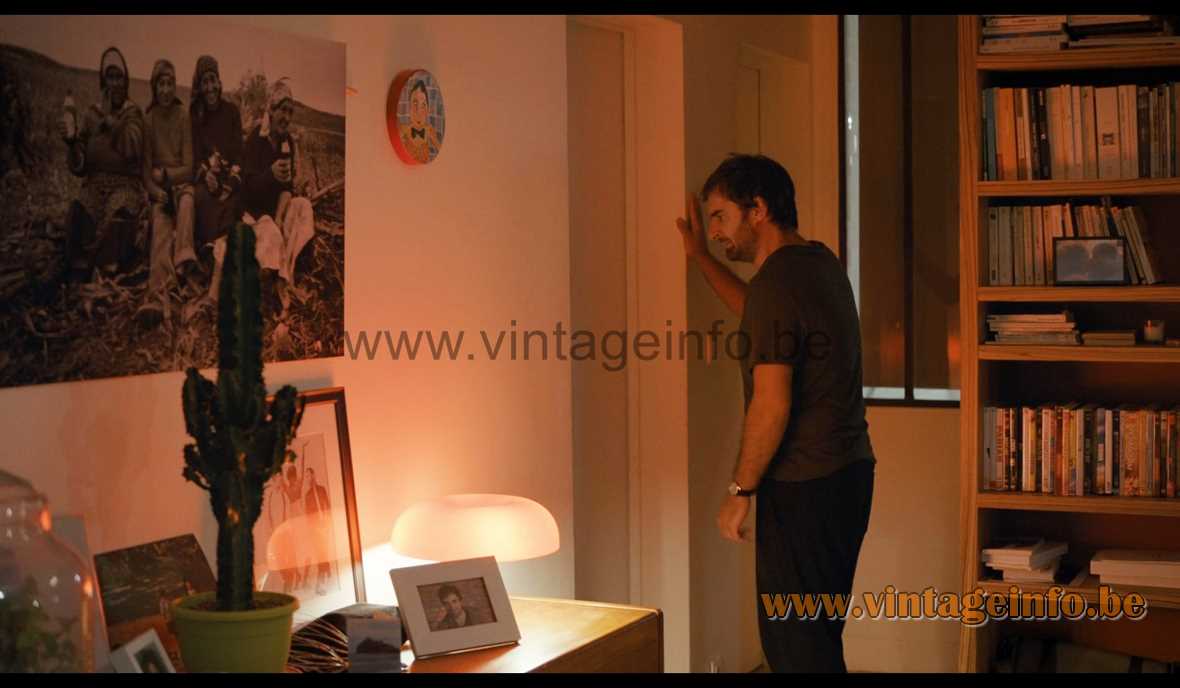 An Artemide Nesso table lamp (or is it a Nessino?) was used as a prop in 2022 the American mystery film Glass Onion: A Knives Out Mystery. Starring Daniel Craig, Edward Norton and Janelle Monáe. 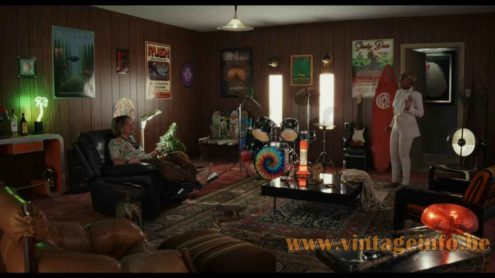 The Nesso table lamp in the MoMA Museum New York

Other lamps made by Artemide

Other versions: This Artemide Nesso table lamp exists in many colours. The first editions were made in polyester. This lamp is from the nineties. The Nesso table lamp is still in production. The small version is named: Nessino.

This Artemide Nesso table lamp is designed in 1965. You can find it in the Artemide catalogues from 1973 and 1976, together with the Nessino table lamp.

In Spain these lamps, together with some other Artemide products were sold by the brand Idarco.

Giancarlo Mattioli was born in 1933 in Italy. The Nesso table lamp is his most famous work. It is part of the collection at New York’s Museum of Modern Art (MoMA) and other important museums. The Nesso won the first prize at the Studio Artemide Domus competition in Milan in 1965.

Artemide Nesso and Nessino table lamps in the 1976 catalogue 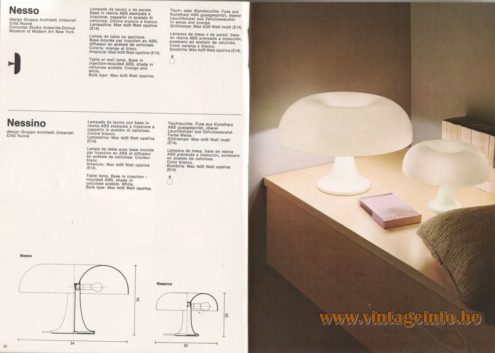 An Artemide Nesso table lamp was used as a prop in the Edouard Molinaro comedy film Oscar from 1967. A movie with French comedy actor Louis de Funès (1914-1983). Several other lamps by Raak Amsterdam, Maison Jansen and others were used in this film.

An Artemide Nesso table lamp was used as a prop in the famous French comedy L’Aile ou la Cuisse (The Wing or the Thigh) from 1976, with Louis De Funès and Coluche.

An Artemide Nesso table lamp was used as a prop in the Dutch movie De Heineken Ontvoering (The Heineken Kidnapping) from 2011, with Rutger Hauer as Freddy Heineken. Not to be confused with the American film Kidnapping Mr. Heineken with Anthony Hopkins from 2015. Below you can watch the complete movie with many designer lamps. Mr. Heineken was kidnapped in 1983.

An Artemide Nesso table lamp was used as a prop in the French film Le Clan des Siciliens (The Sicilian Clan) from 1969. A gangster movie by Henri Verneuil featuring Alain Delon, Jean Gabin and Lino Ventura. 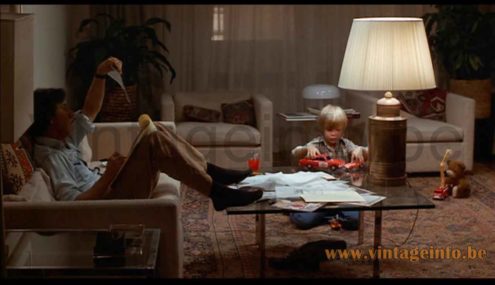