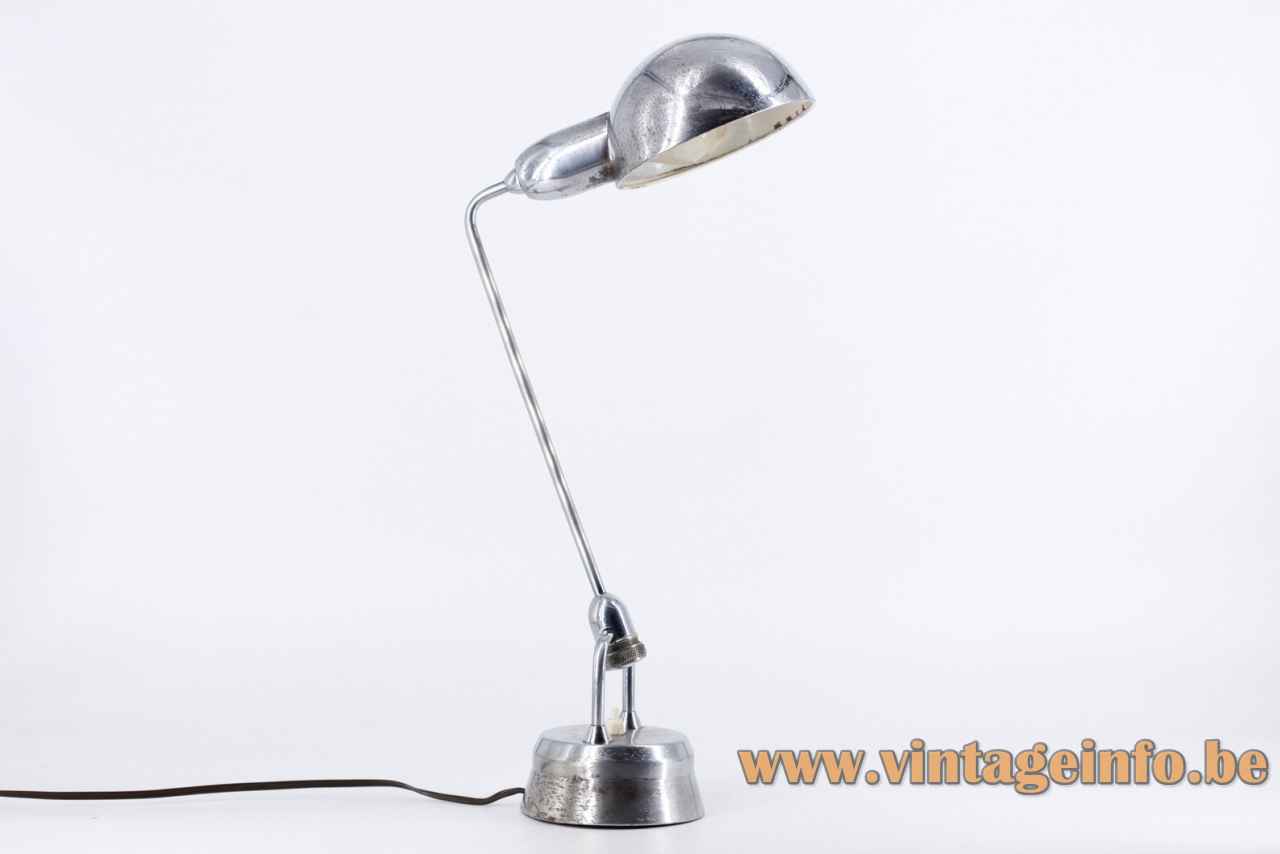 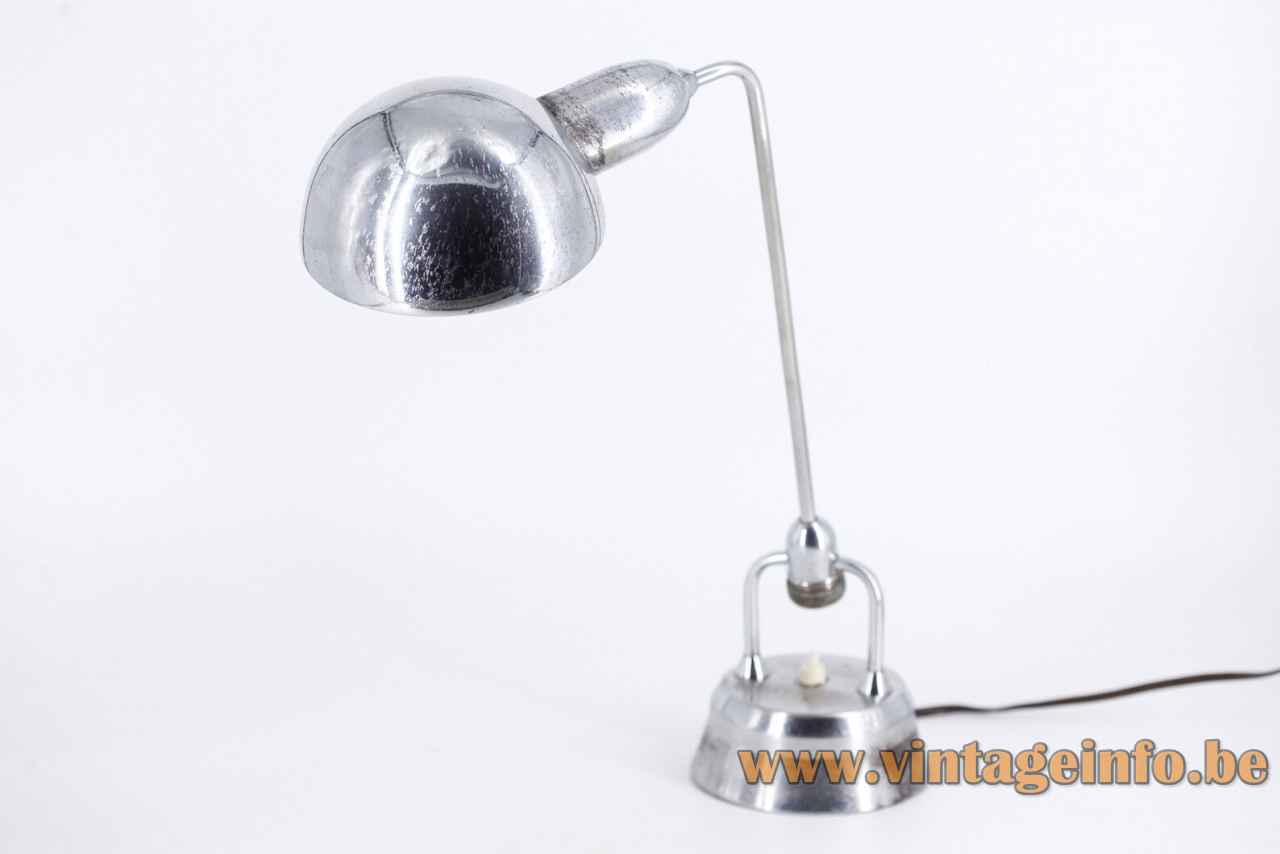 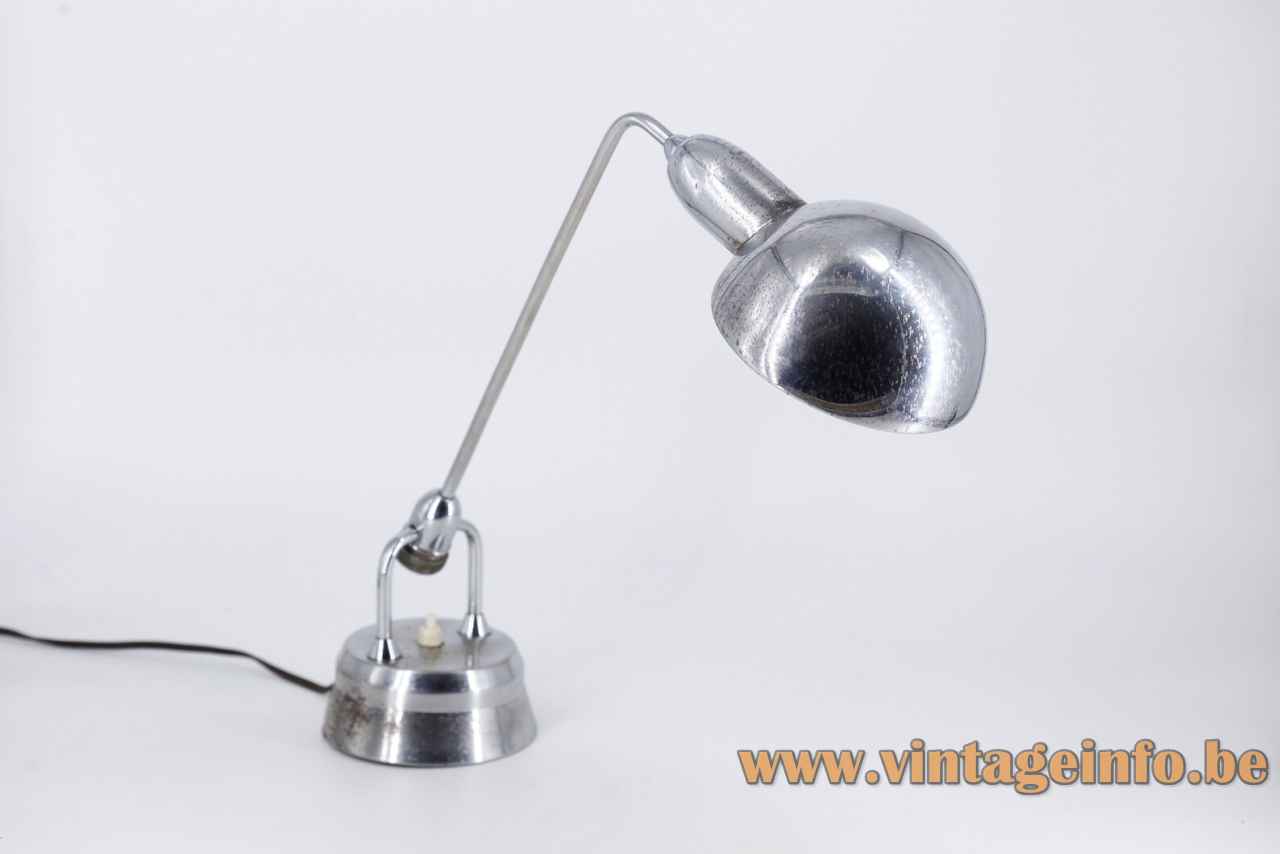 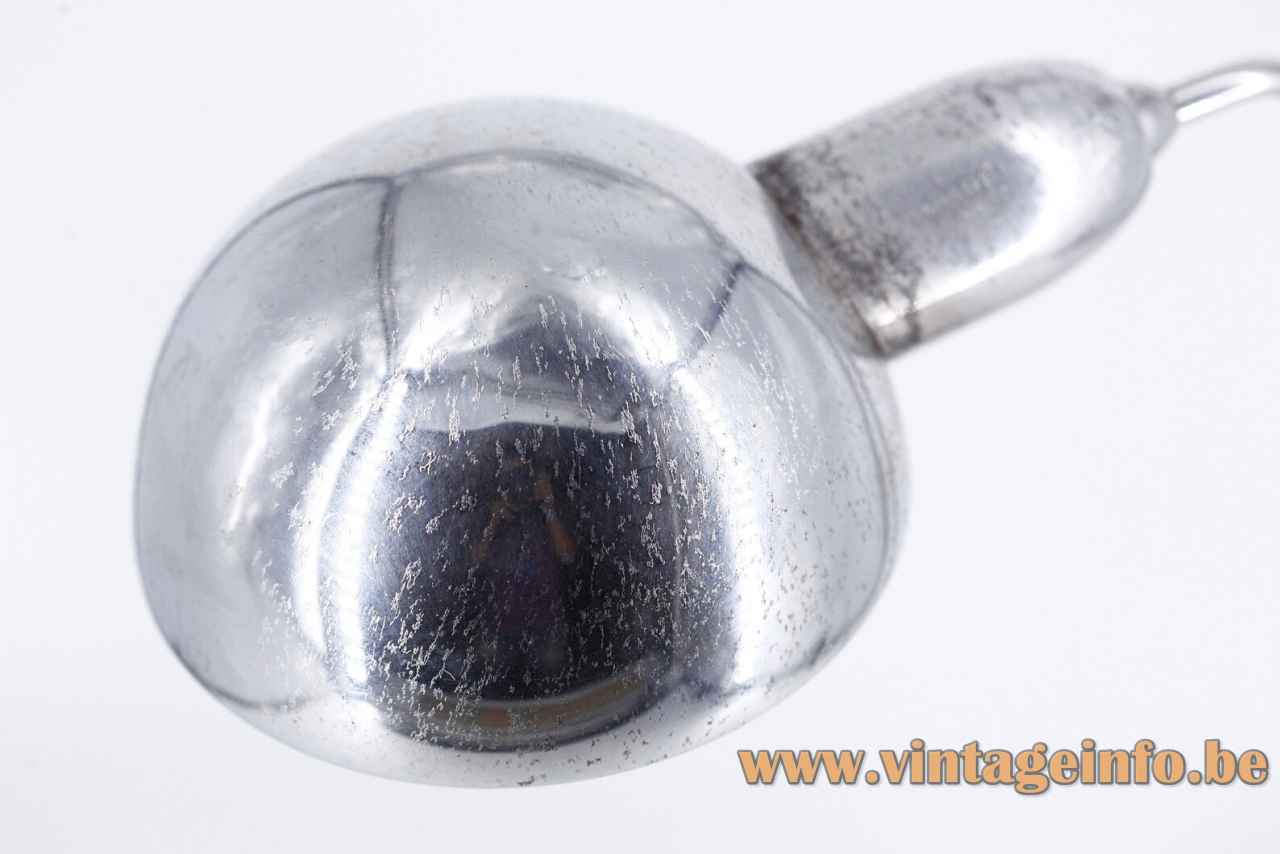 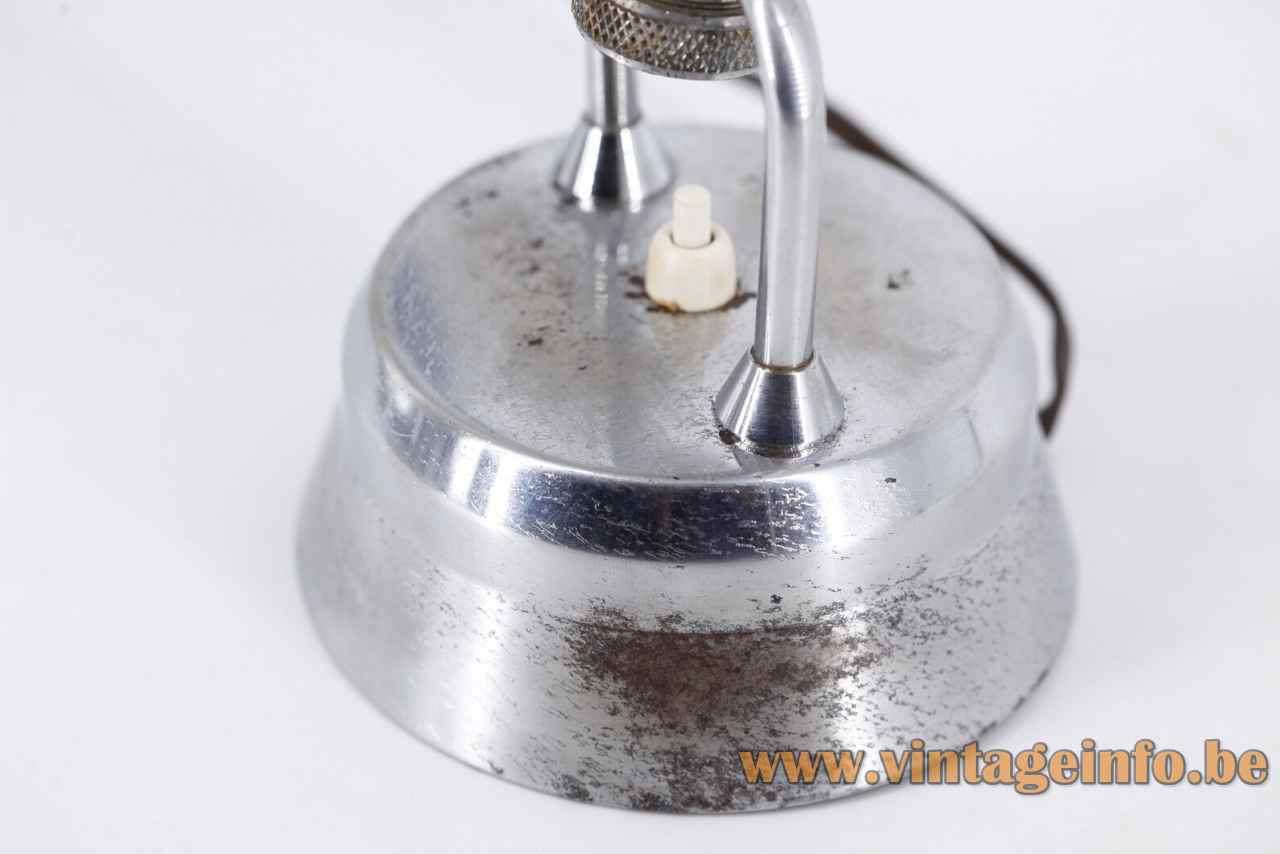 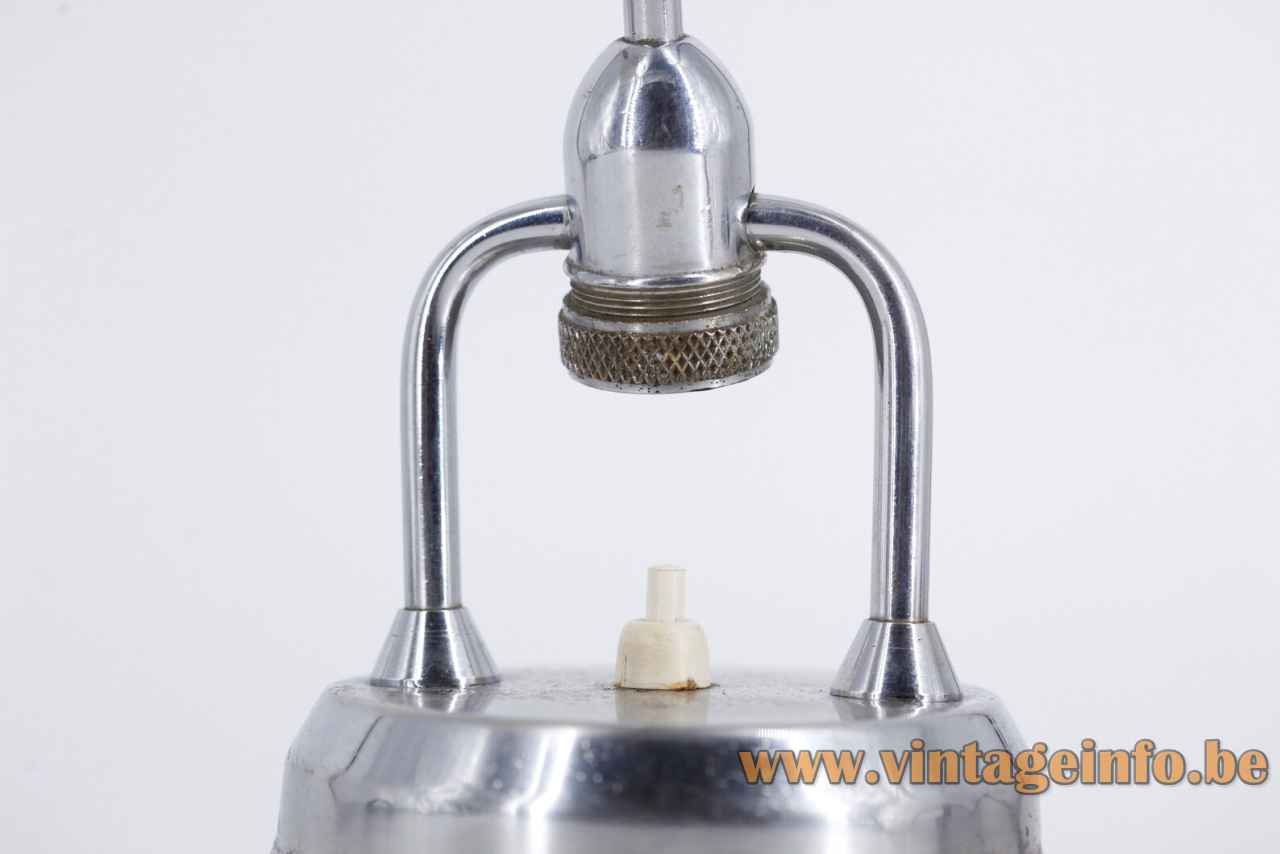 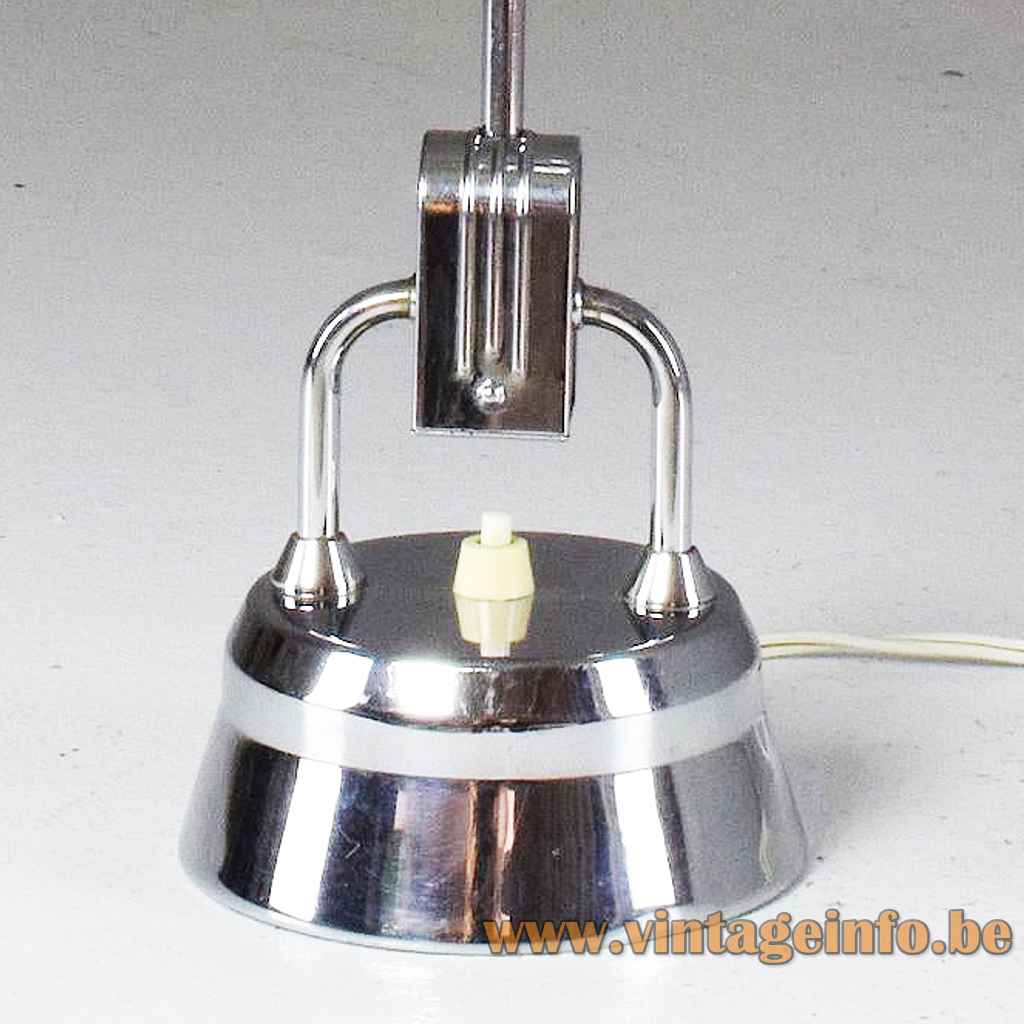 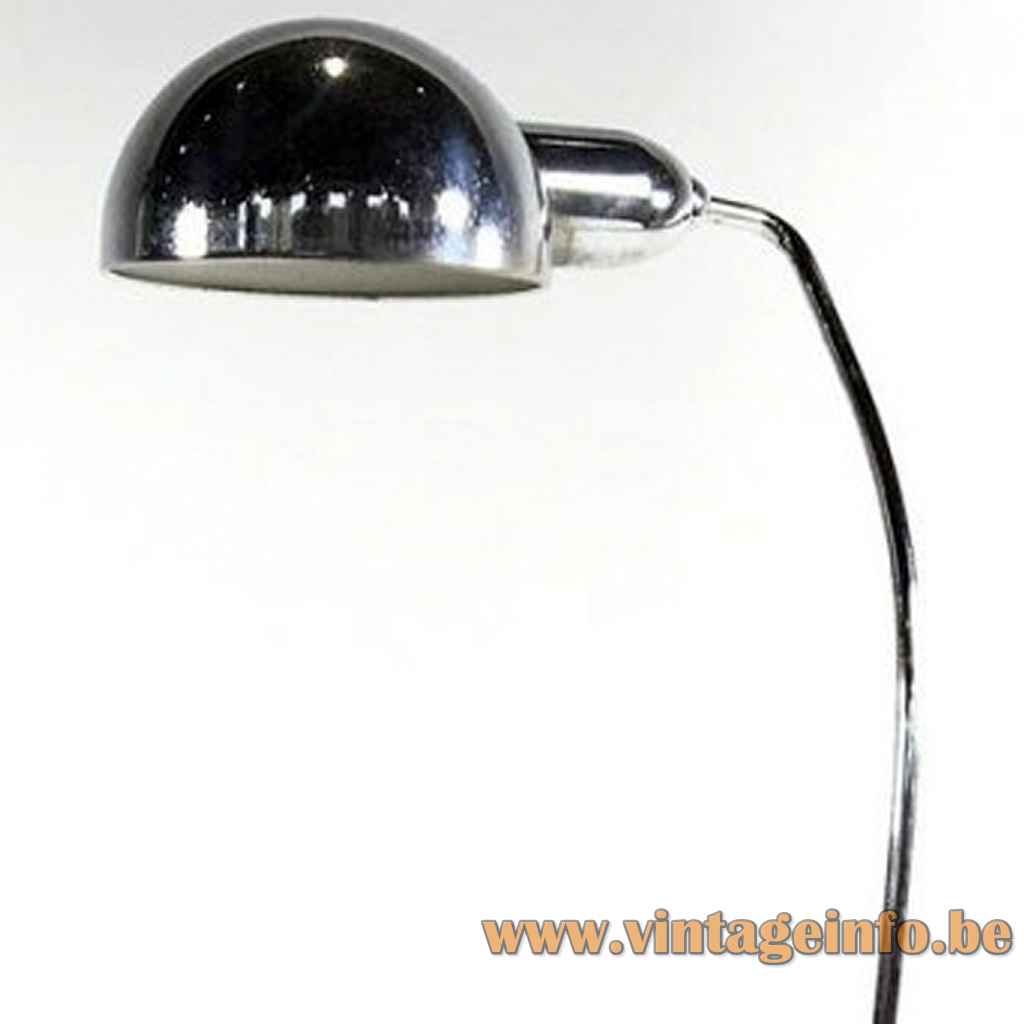 Other versions:  This JUMO model 600 desk lamp is the first version, designed in 1940. The later version has a rectangular counterweight. Model 602 and 605 are very similar, but they have a different and longer rod.

Charlotte Perriand selected this model 600 by JUMO for the exhibition “Le Bazar” at the Musée des Arts decoratives (Museum of Decorative Arts ) of Paris in 1949. She never designed the lamp. No archives exists or even her biography does not mention this lamp. The problem is that this detail of the story is not mentioned in the catalogue of the retrospective.