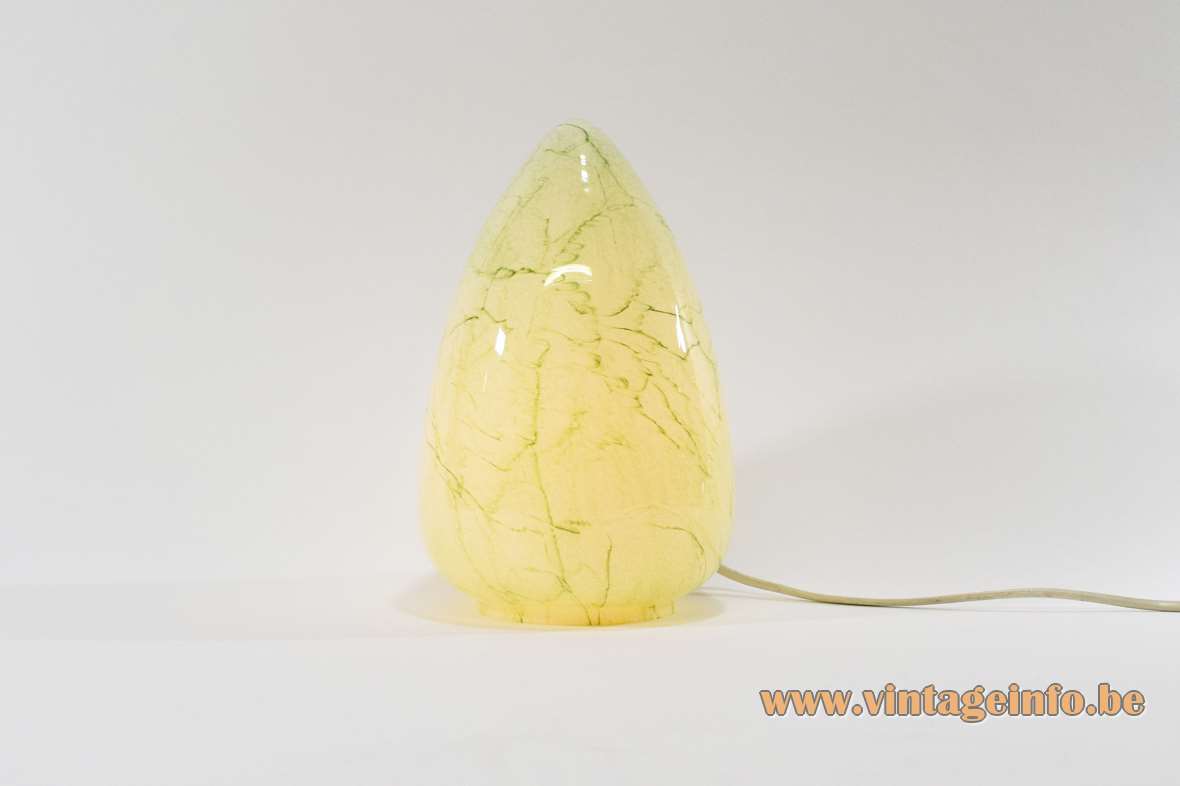 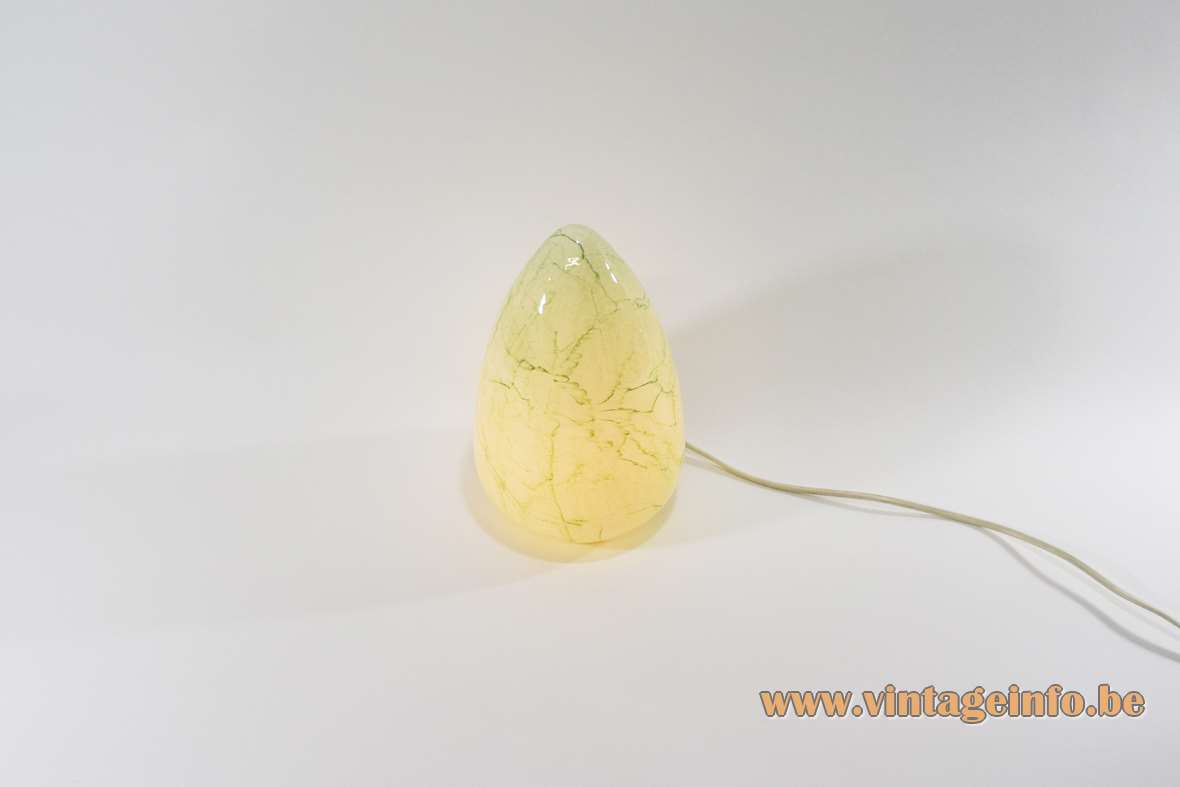 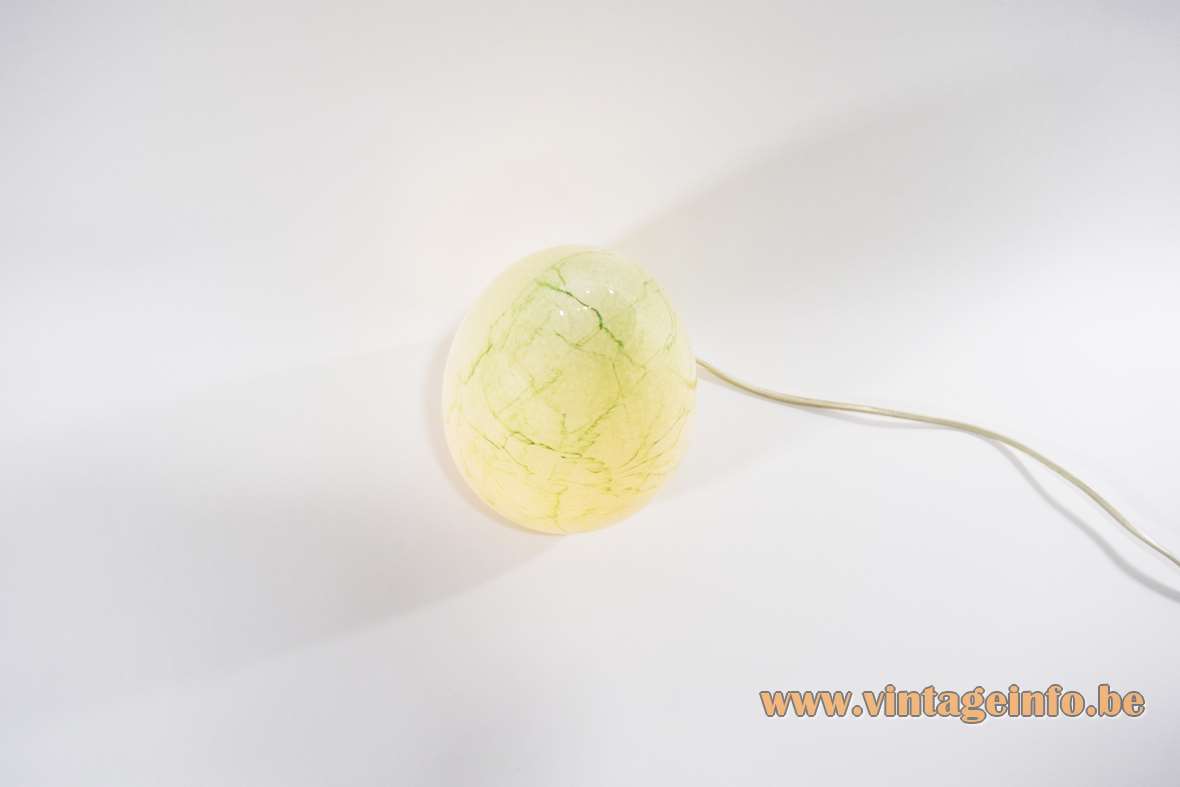 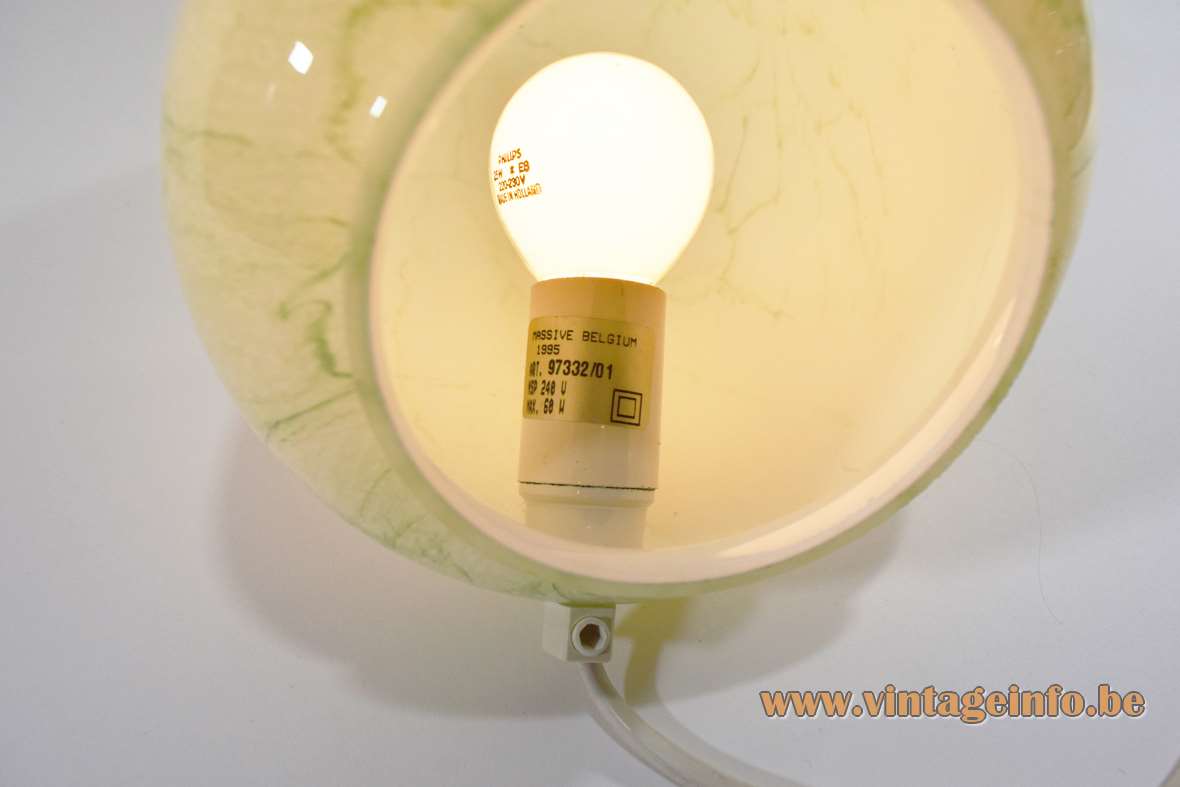 Electricity: 1 bulb E14, 1 x 60 watt maximum, 110/220 volt.
Any type of light bulbs can be used, not a specific one preferred. But to avoid stripes in the glass: a white bulb gives the best result.

Other versions: This Bluebird green marbled egg table lamp was made for many years in countless variations. This egg was produced in the 1990s.

Many companies produced glass eggs in the past. The most famous ones were made in Murano, Italy by companies such as Venini and Barovier&Toso.

All the electric parts were made by VLM Components in the 1990s. The company was founded in 1945 in Buccinasco, a small village near Milan, Italy. The company became famous for the switches they produce since 1968, designed by Achille Castiglioni. You can find them over here.