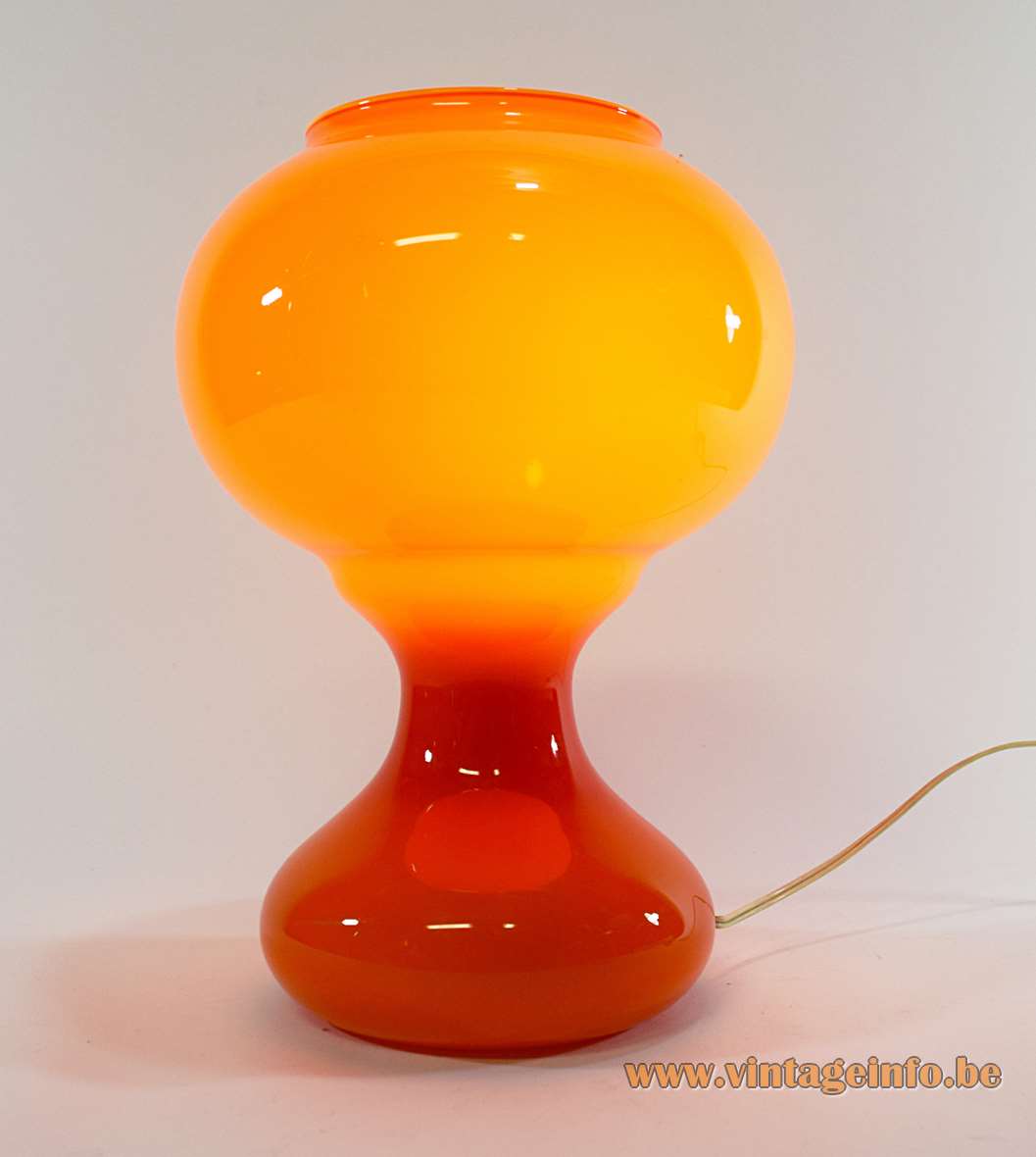 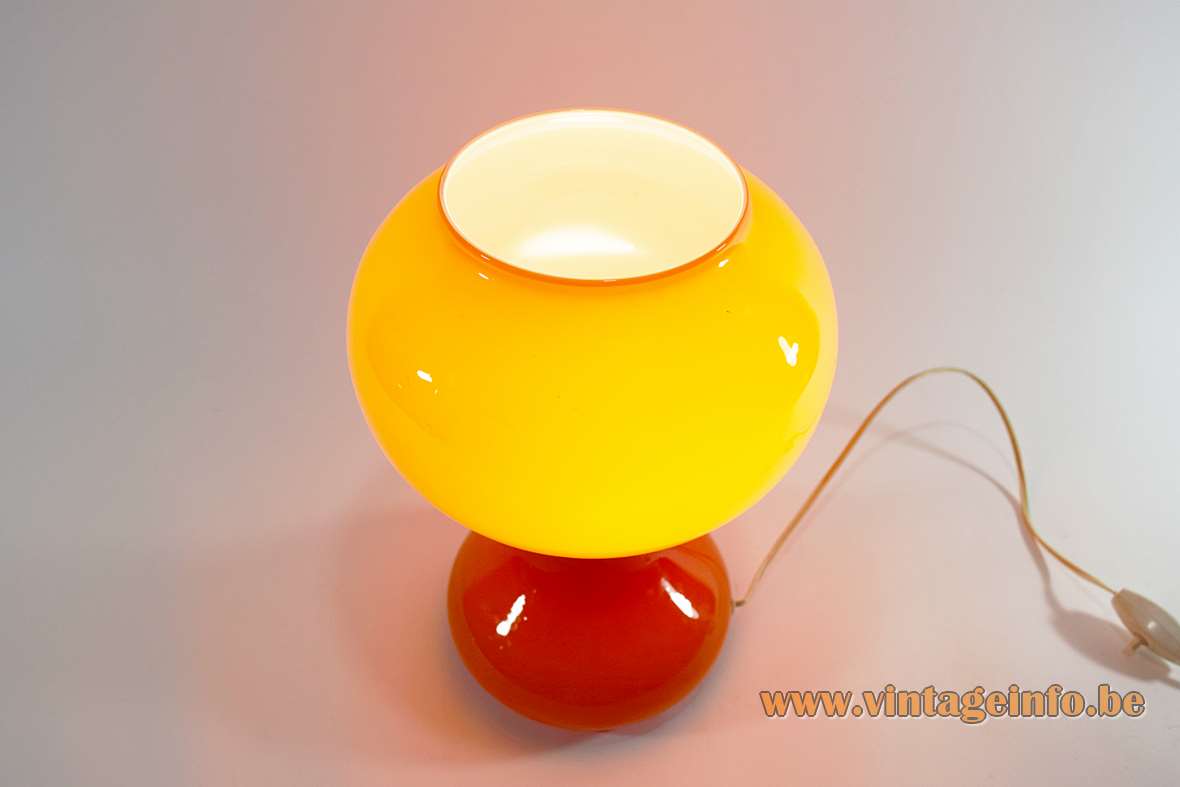 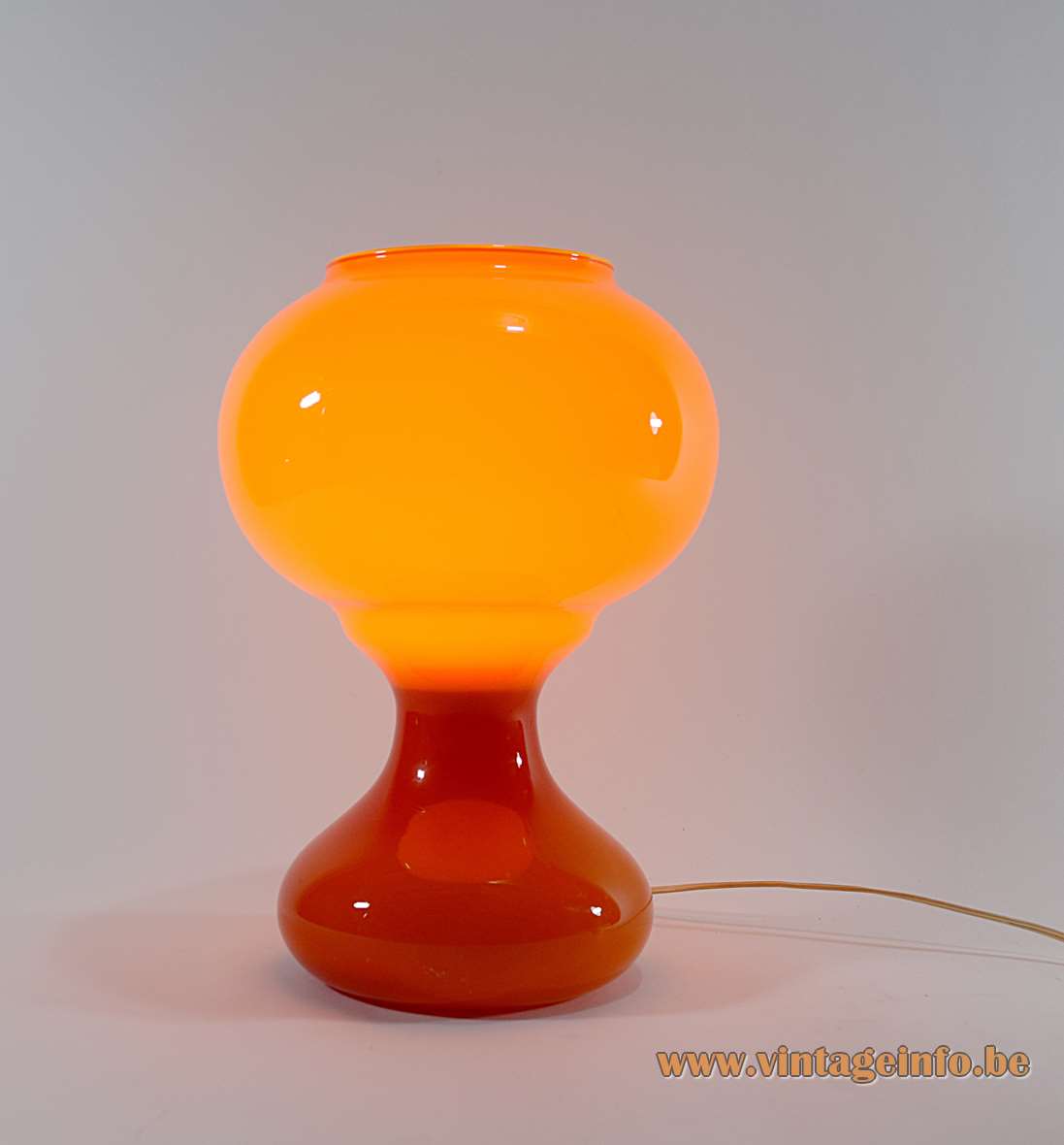 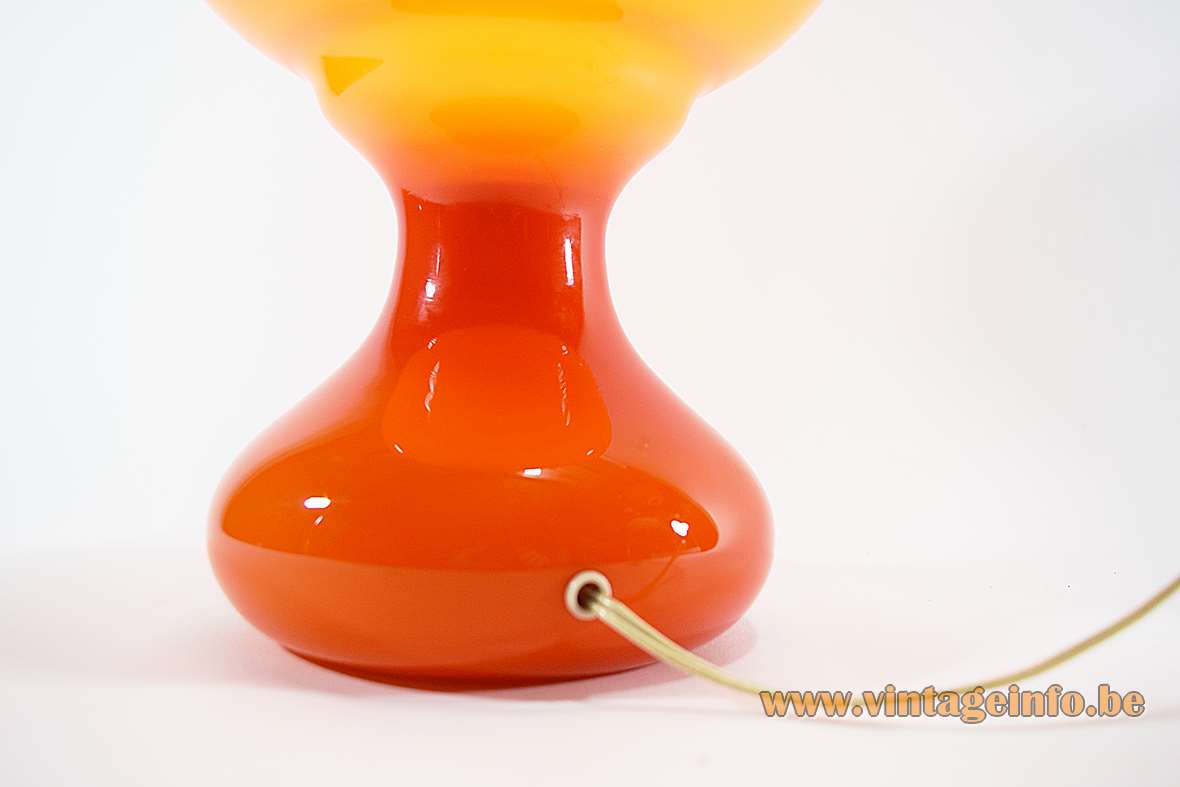 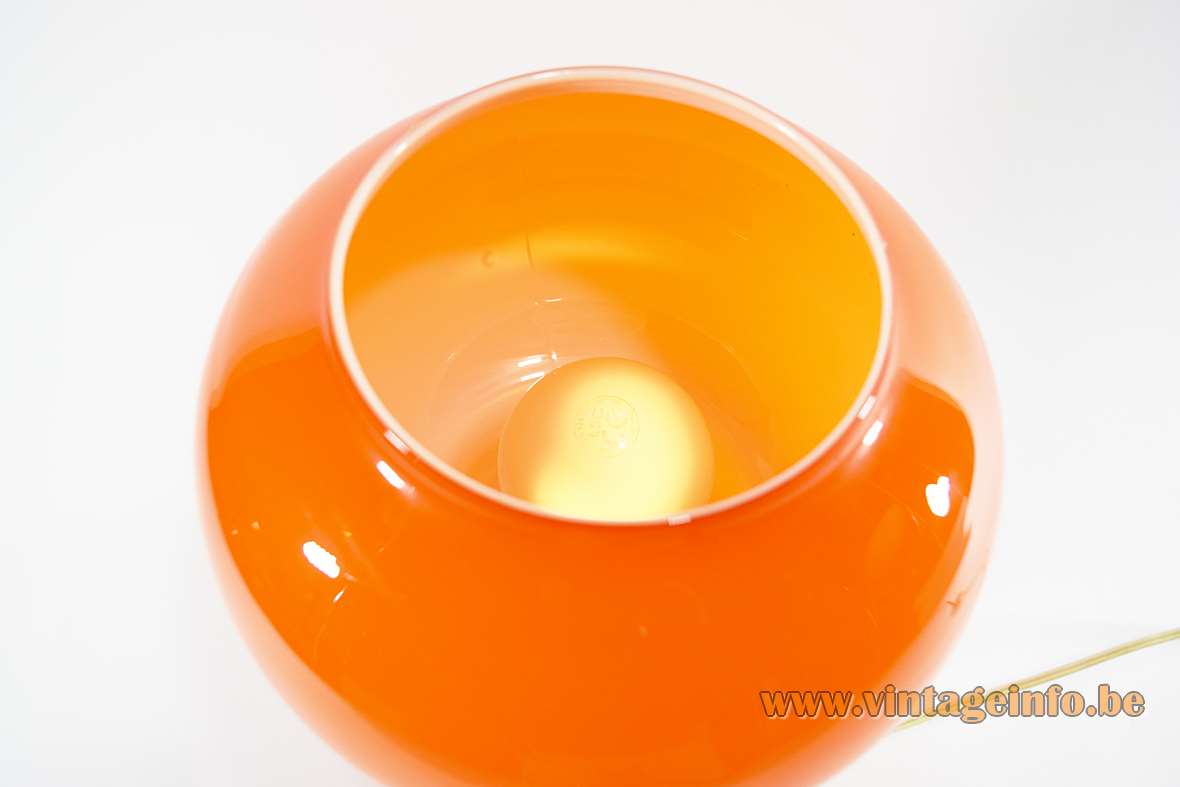 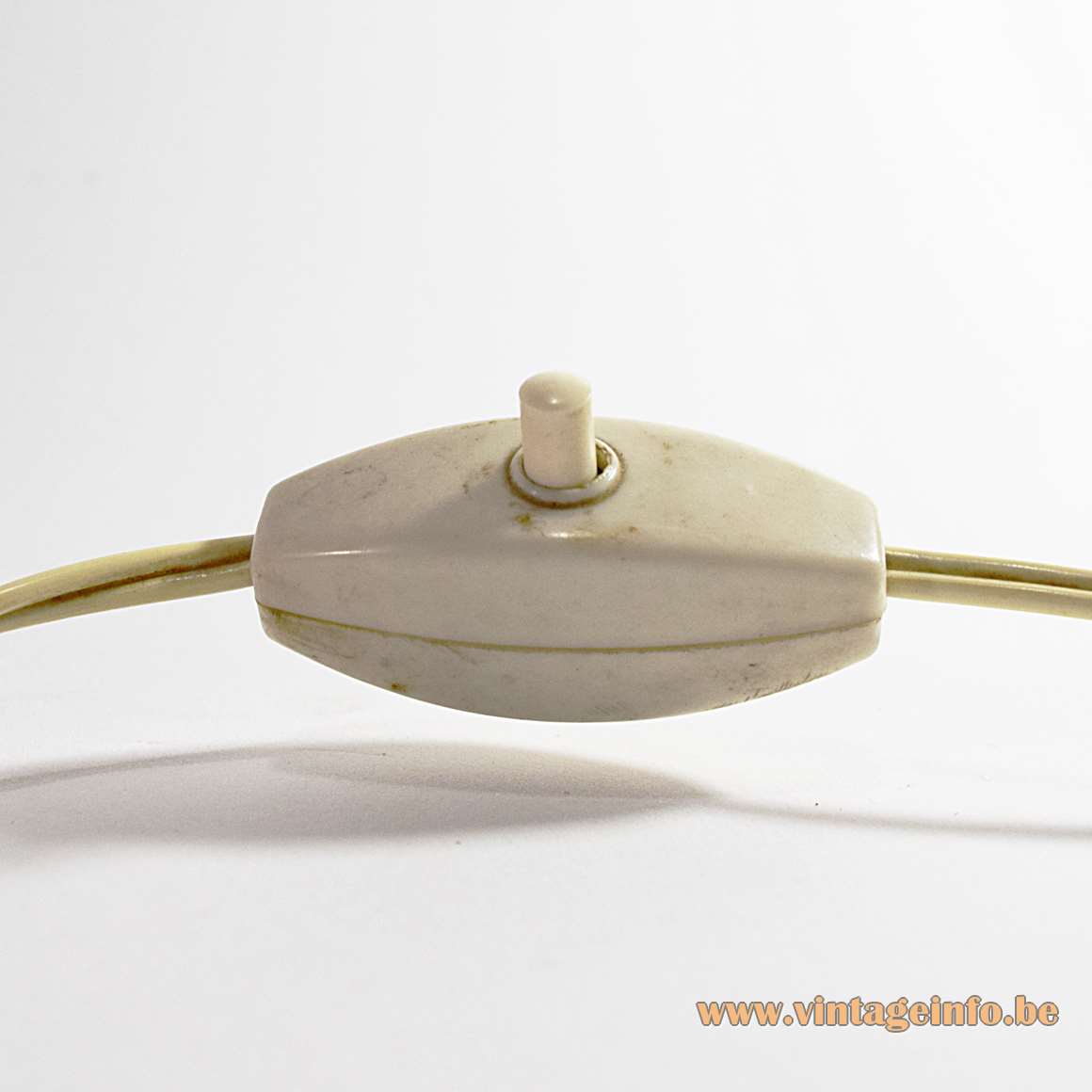 Label on the bottom of this 1960s orange glass table lamp 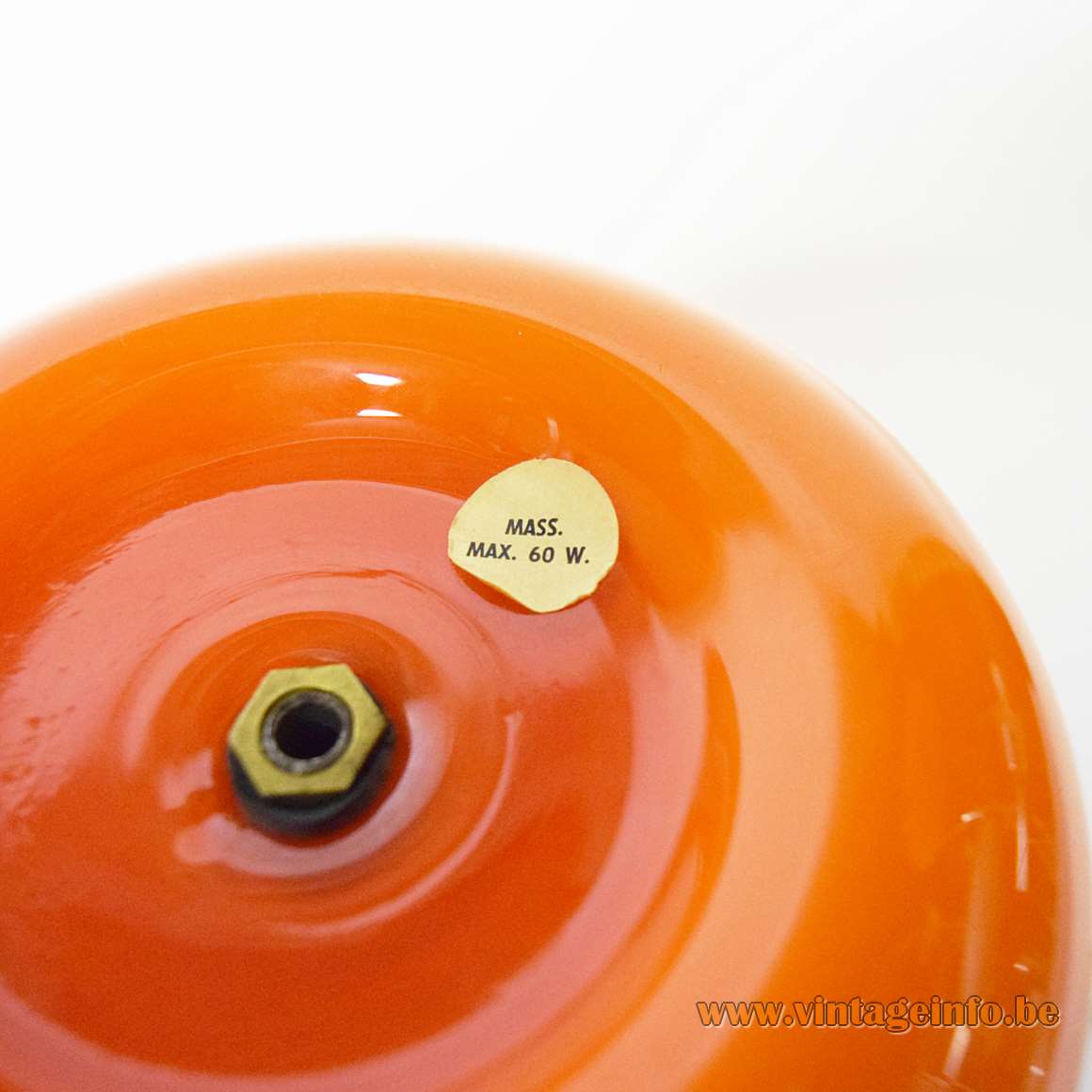 Label on a pendant lamp

Massive labels on a wall lamp

An Ingo Maurer ML 32 table lamp was used as a prop in the 1969 film Paris N’existe Pas. The story of an artist who develops the ability to see into the future and the past. His hallucinations increase with time. Starring French singer Serge Gainsbourg, Danièle Gaubert and Richard Leduc. In front a Kartell KD 27 table lamp, you can find it over here. Also the Ingo Maurer spiral table lamp appears in this film, you can find it over here. 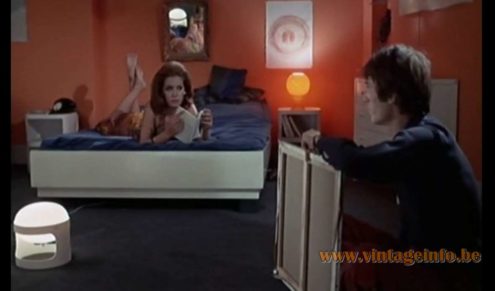 Other versions: This 1960s orange glass table lamp was at least also made in white.

Label on the bottom: Mass. Max. 60W. (Massimo Maximum 60 Watt). Massimo is the Italian word for maximum. Max. is used for every other language in Europe were Massive sold lights at that time. At Massive they were economical with the labels, they started using labels when the government had compelled them to do so. The first labels that became mandatory in Europe (EEC) were stickers that stated the maximum power of the light bulbs to be used. Later on Massive used the same round labels with the same font that says: Mass. Max. 60W., Made In Belgium and also a label exists with Massive Mass. Max. 60W., as you can see on the left.

The glass for this lamp is in all probability produced by Glasfabriek De Rupel, from Boom, Belgium. Massive equipped it with the electric parts. Massive sold many lamps with glass from this long gone company. Also the German Peill + Putzler made glass for Massive lamps.

These lamps are often attributed to Murano companies, but they are not. They are only made in a similar way.

Often said that this table lamp is a lamp designed by Massimo Vignelli for Venini, but it is not, of course. It barely has similarities with the Fungo table lamp and other designs by him, as you can see below: the middle one.

Another orange table lamp is the ML 32 by the German Ingo Maurer. It is the first one on the right.

Incamiciato: This is a glass consisting of two superimposed layers of white (lattimo) glass and of coloured transparent glass. 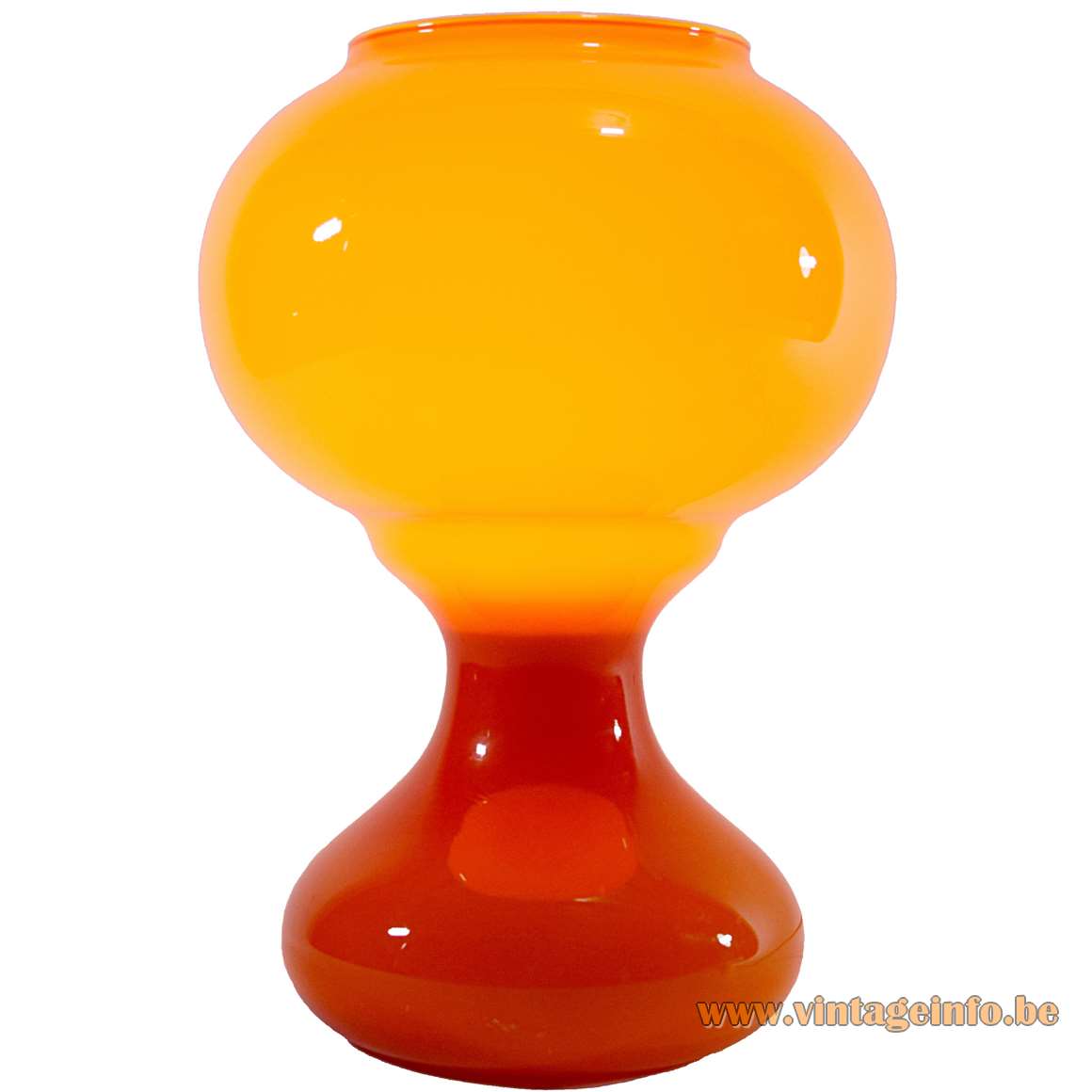 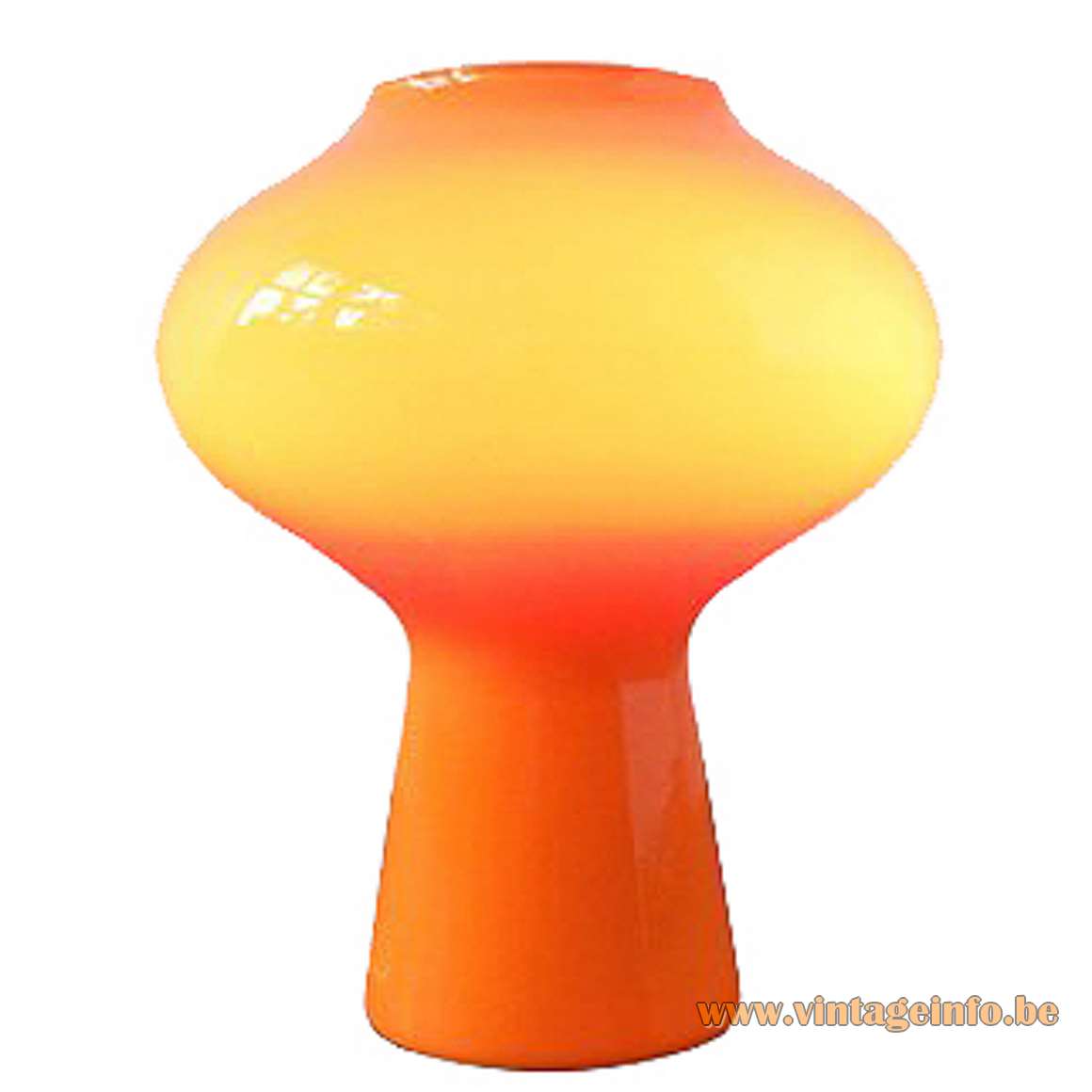 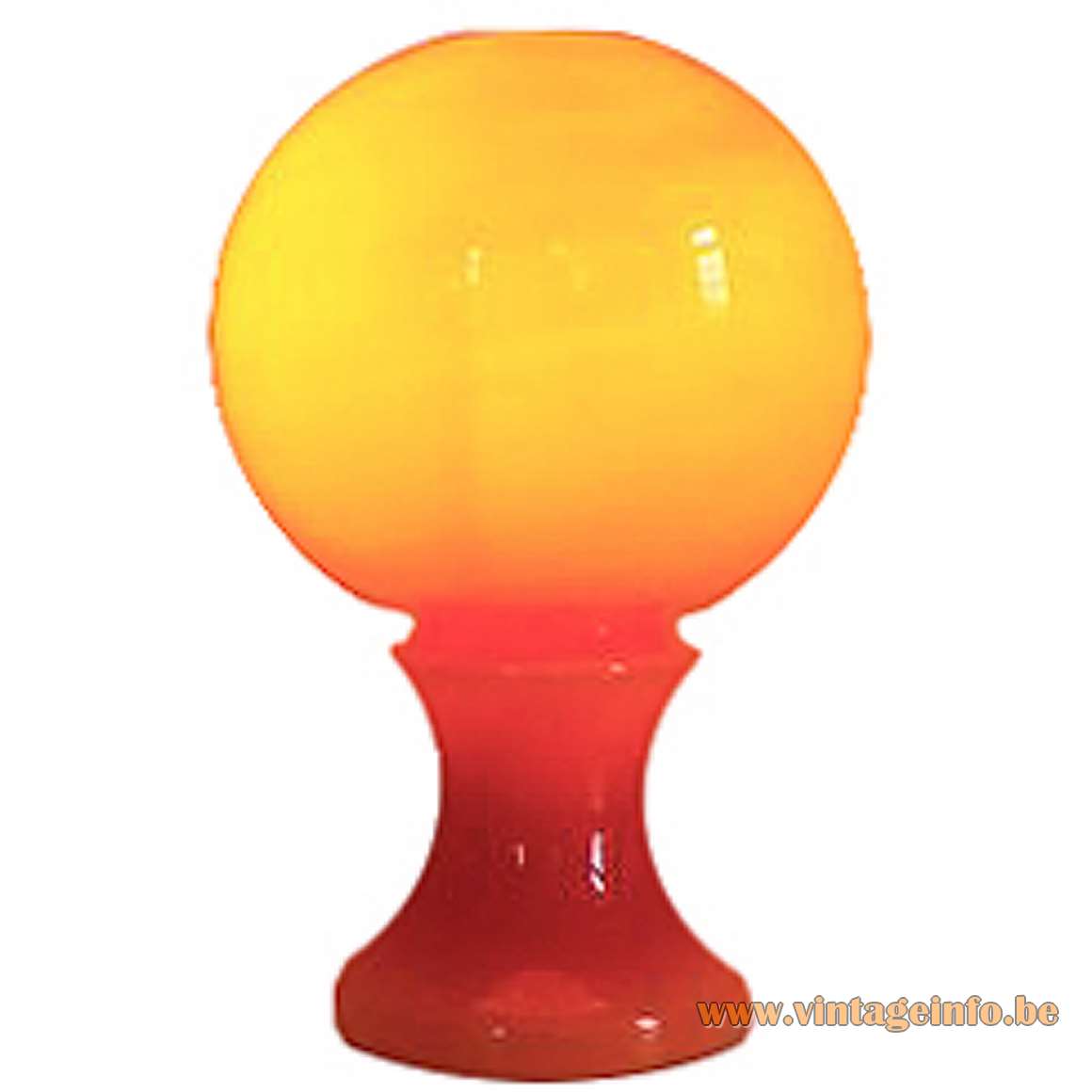 Lamps made with glass from De Rupel