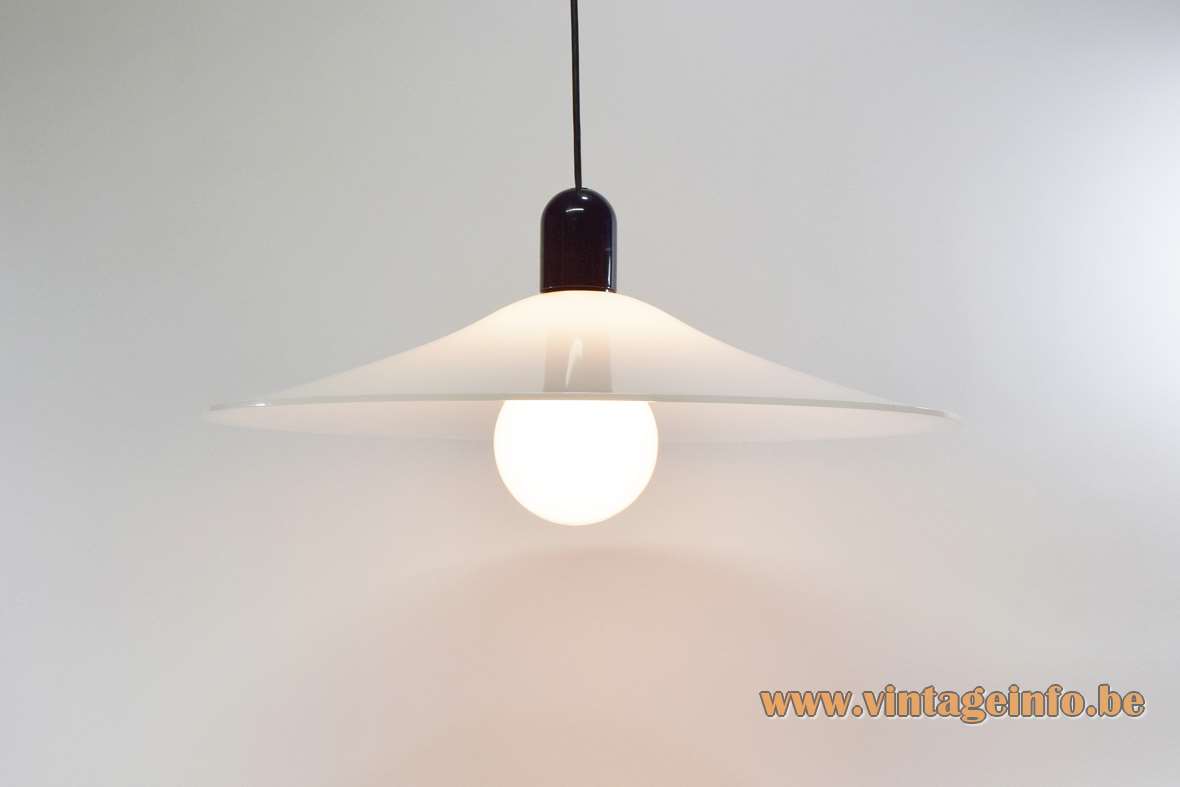 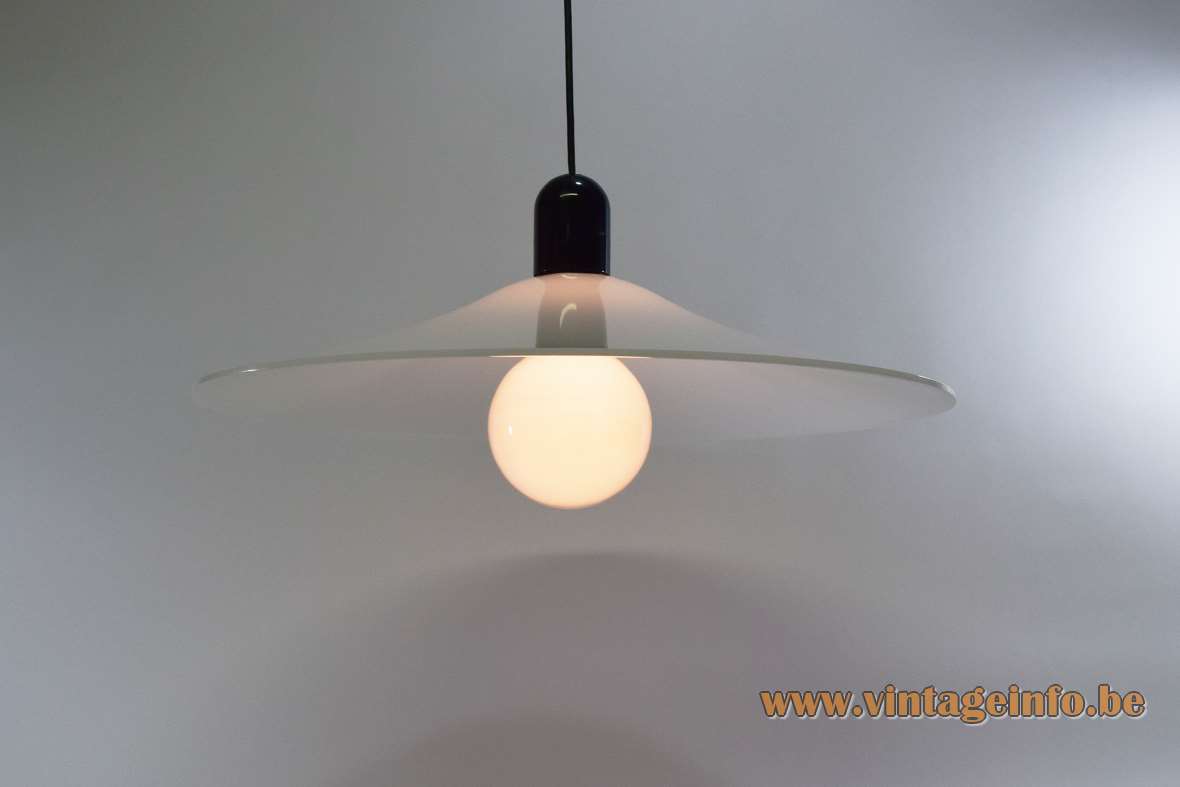 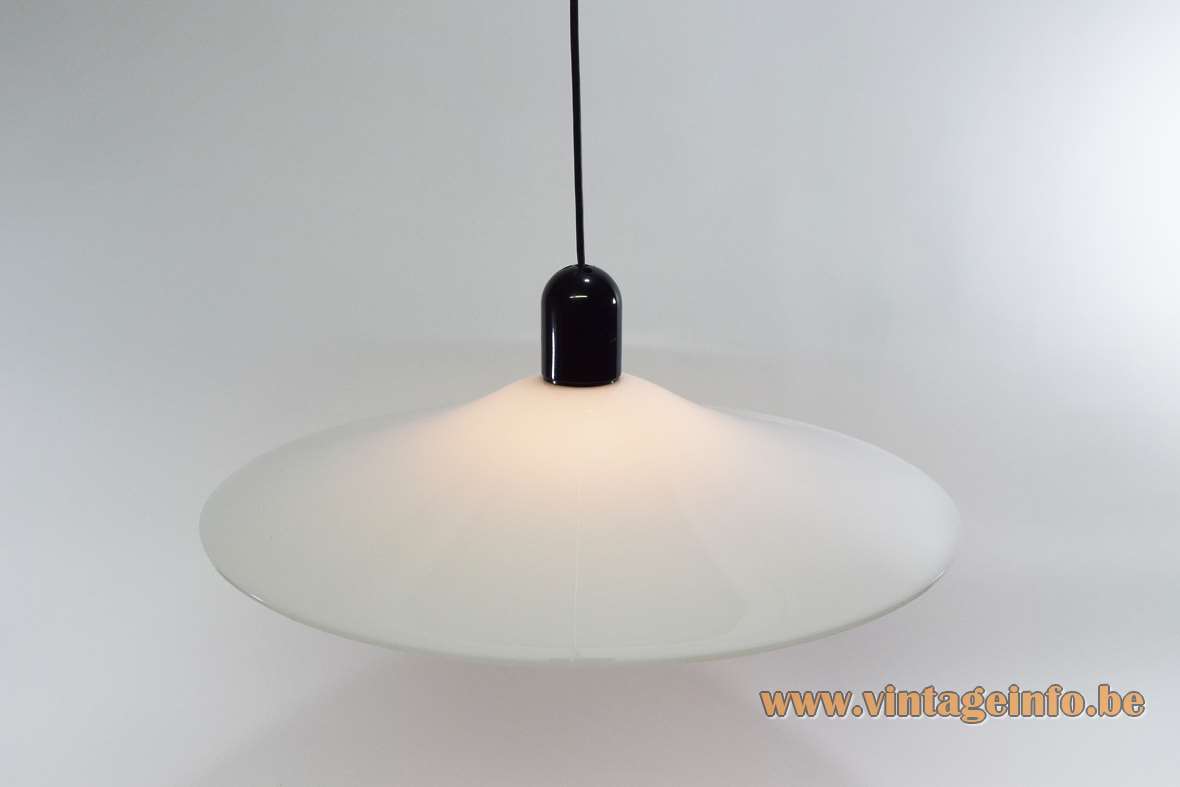 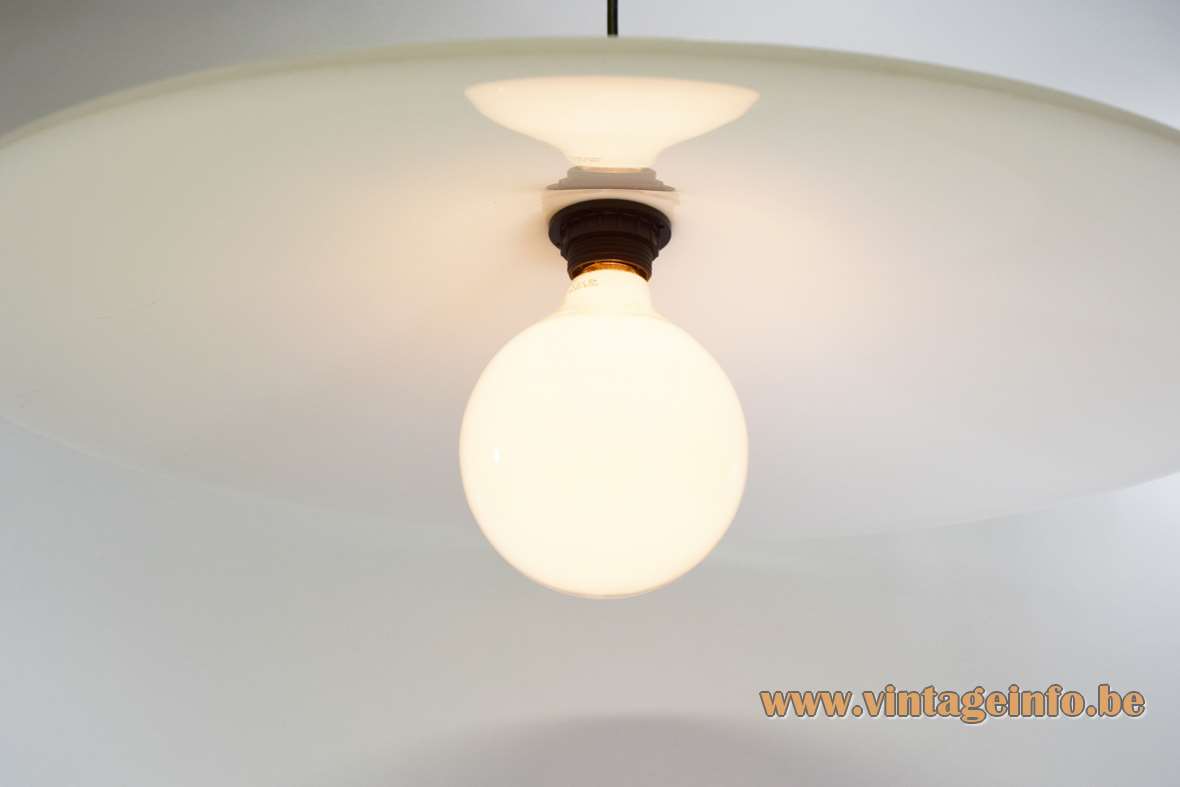 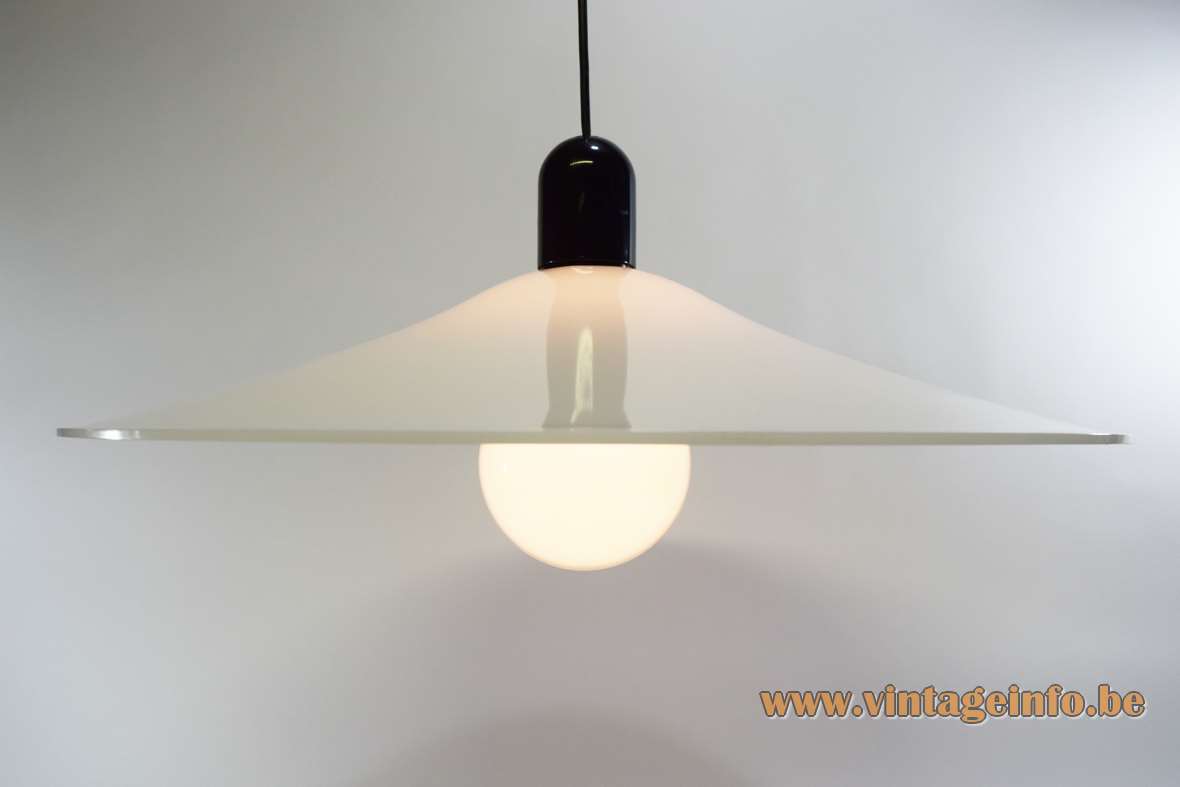 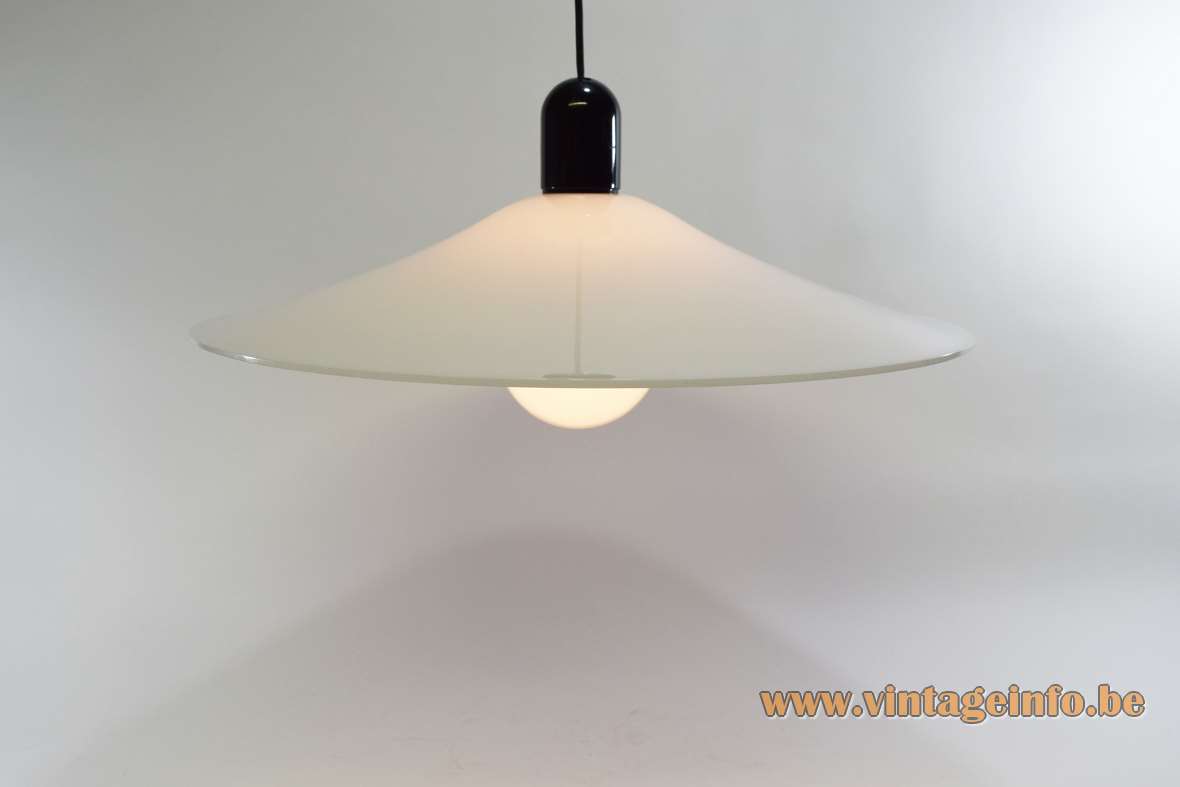 Electricity: 1 bulb E27, 1 x 75 watt maximum, 110/220 volt.
Any type of light bulb can be used, not a specific one preferred. For this setup a big white opal globe light bulb was used.

Other versions: This acrylic witch hat pendant lamp was probably made in several colours and sizes.

The socket was made by VLM Components in the 1970s, early 1980s. VLM Components was founded in 1945 in Buccinasco, a small village near Milan, Italy. The company is part of the Relco Group, founded in 1967. Today they are the owners of the brands Relco, Leuci, Relco Lighting, VLM Components and Segno. VLM Components became famous for the switches they produce which were designed by Achille Castiglioni in 1968.