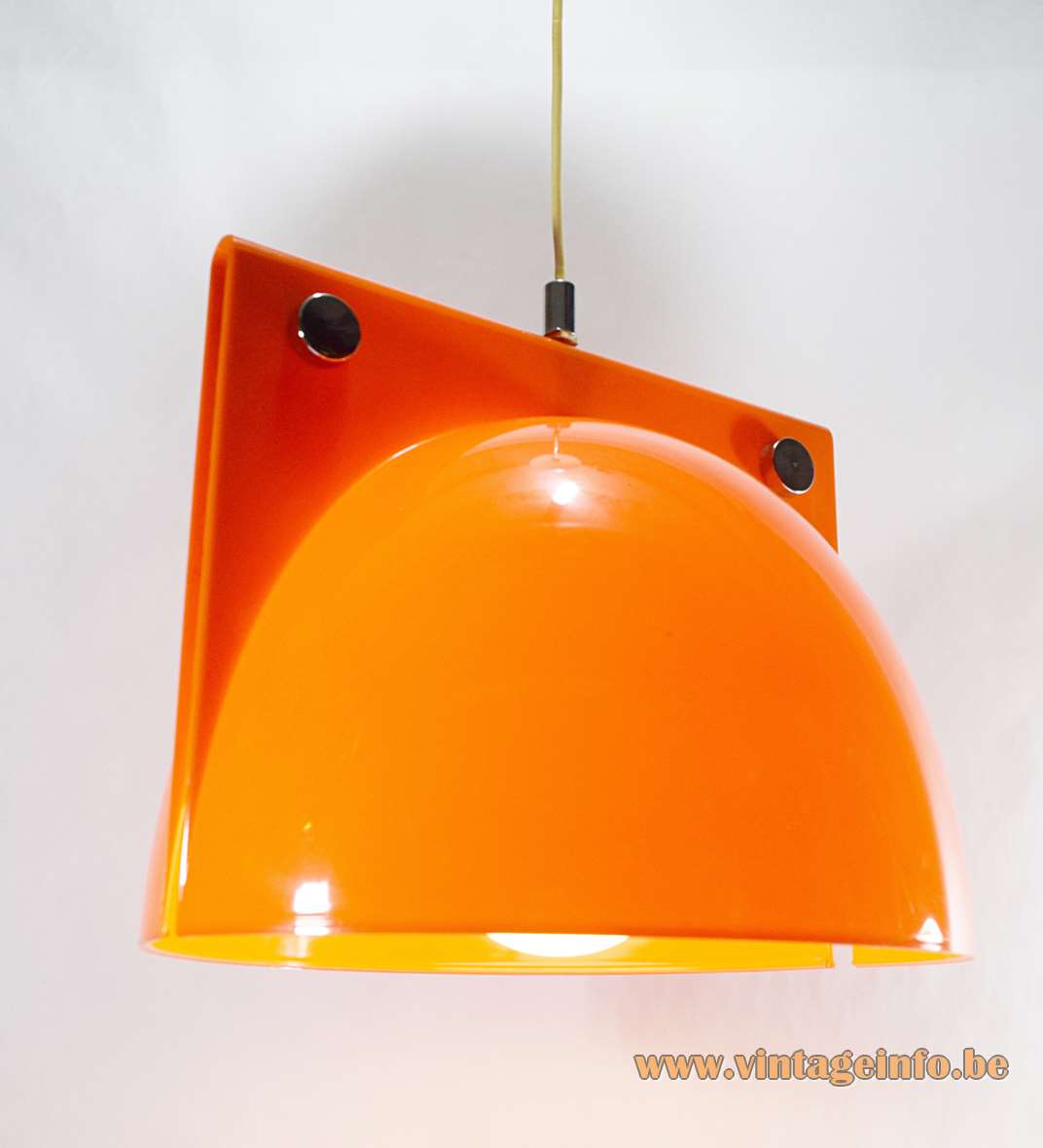 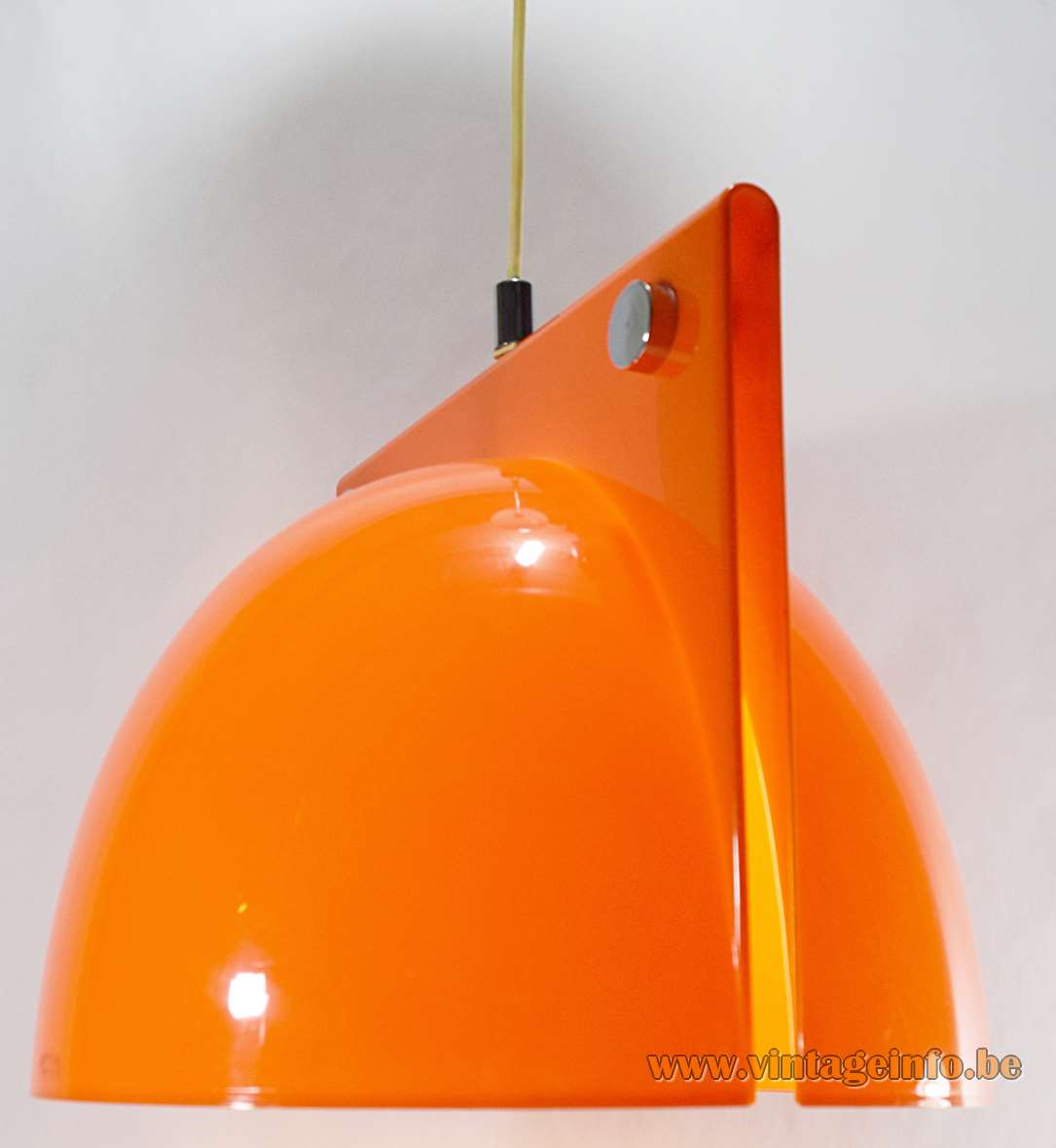 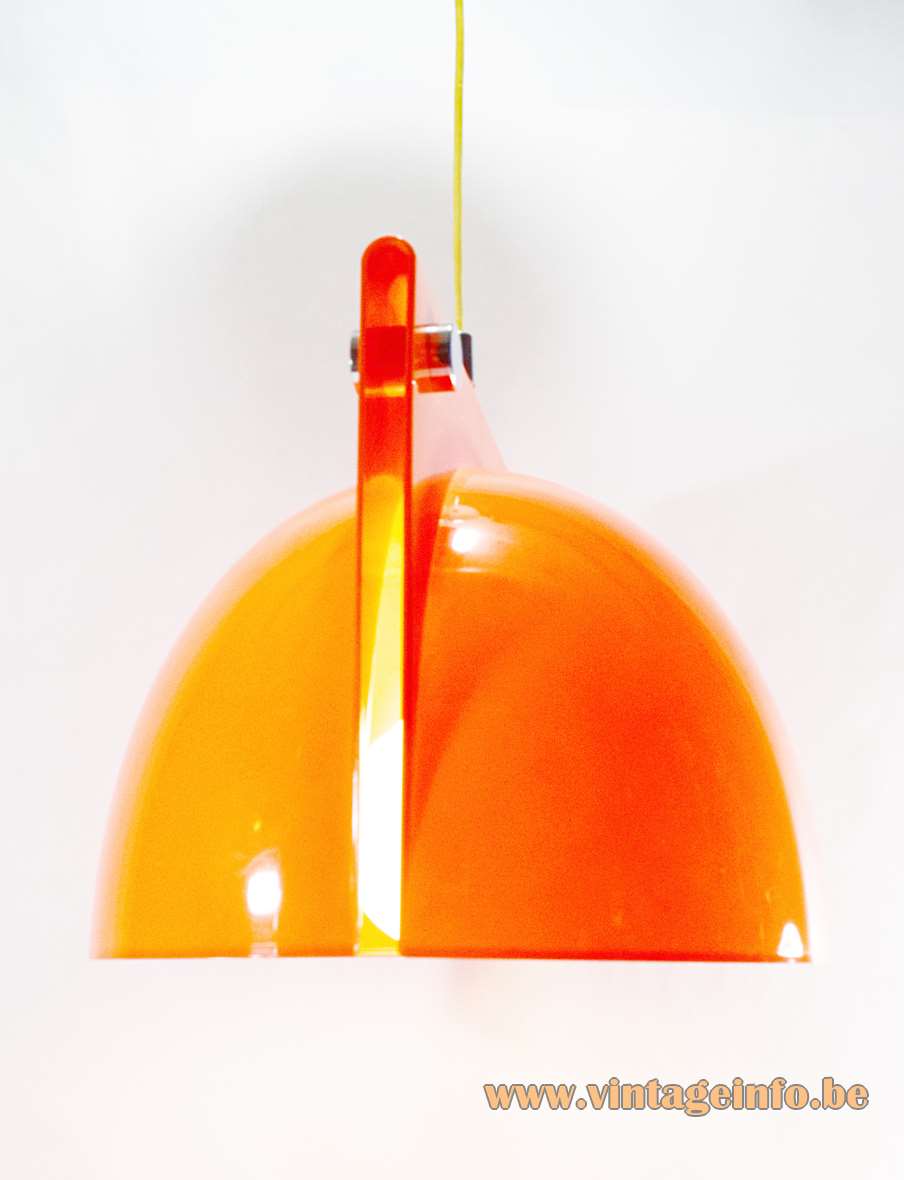 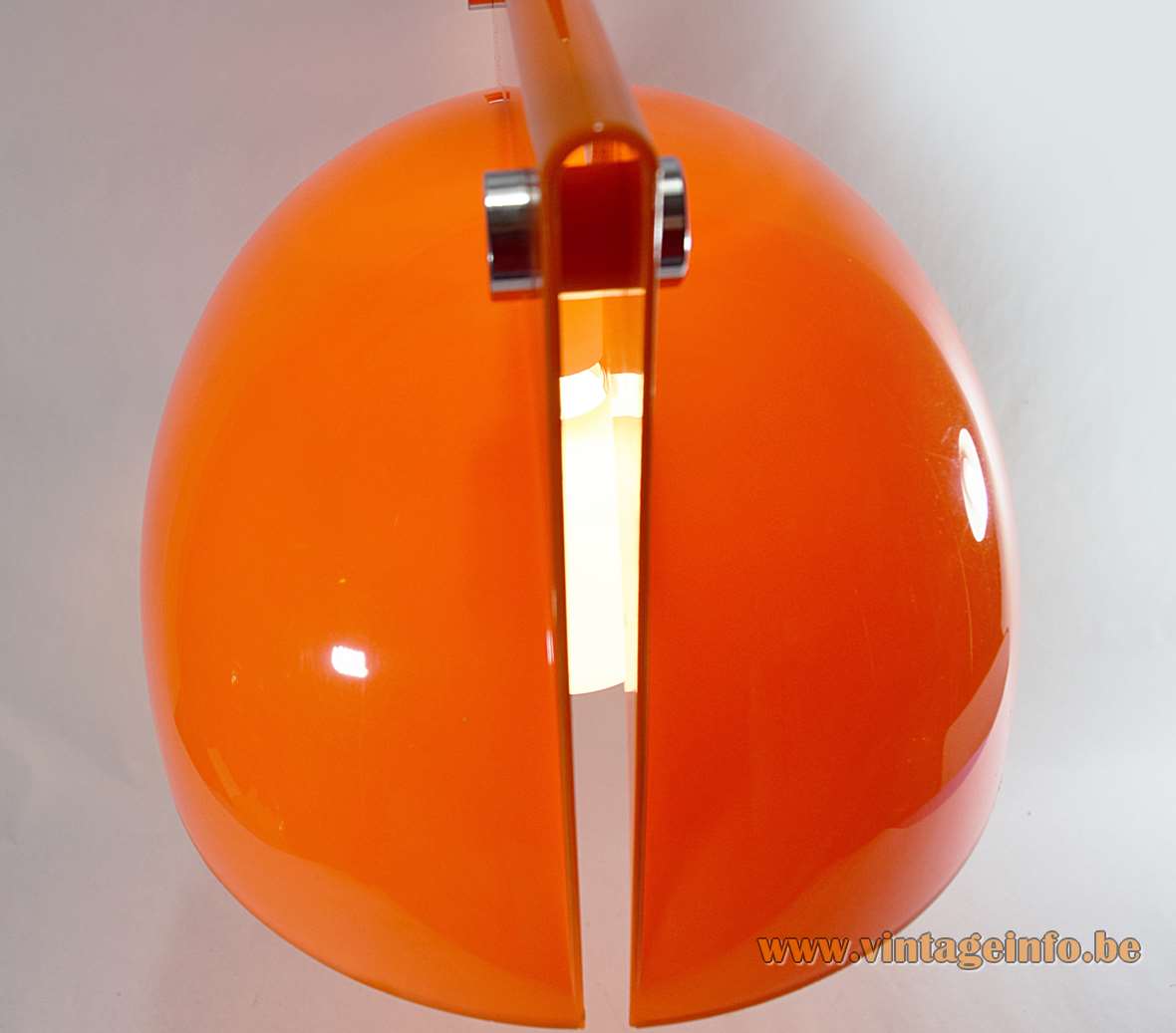 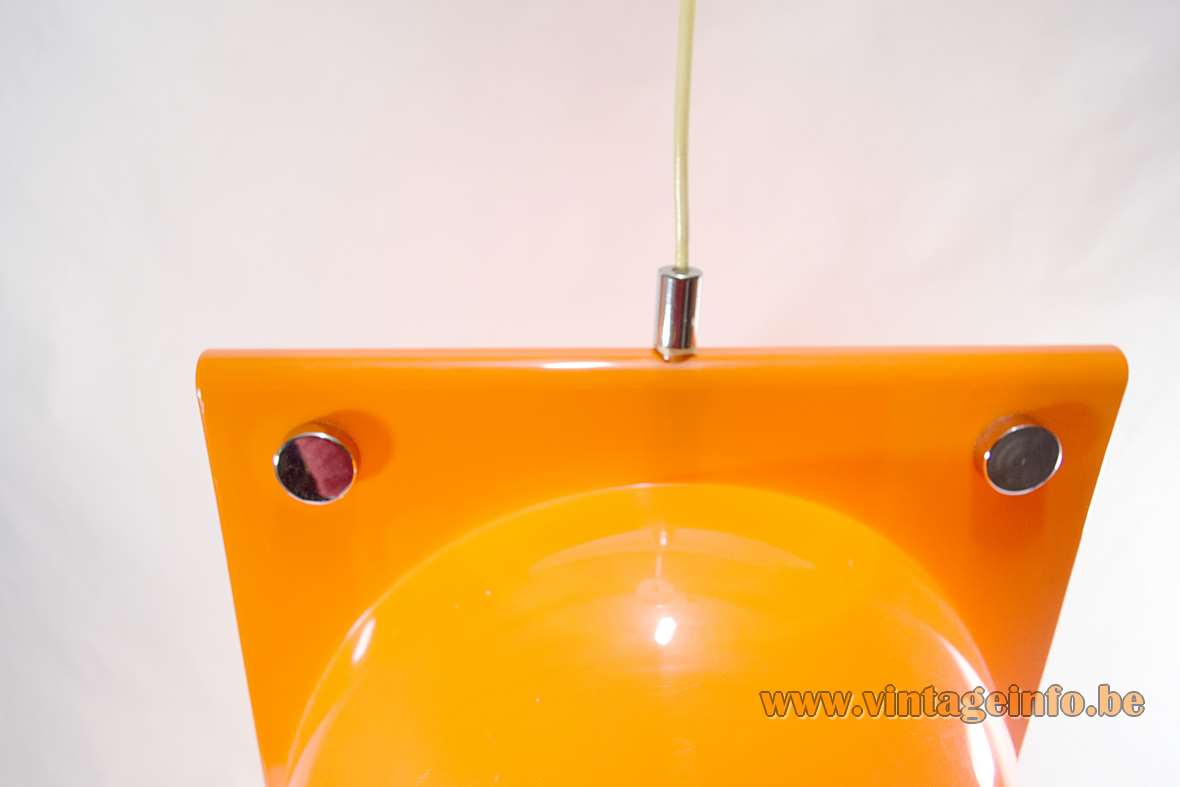 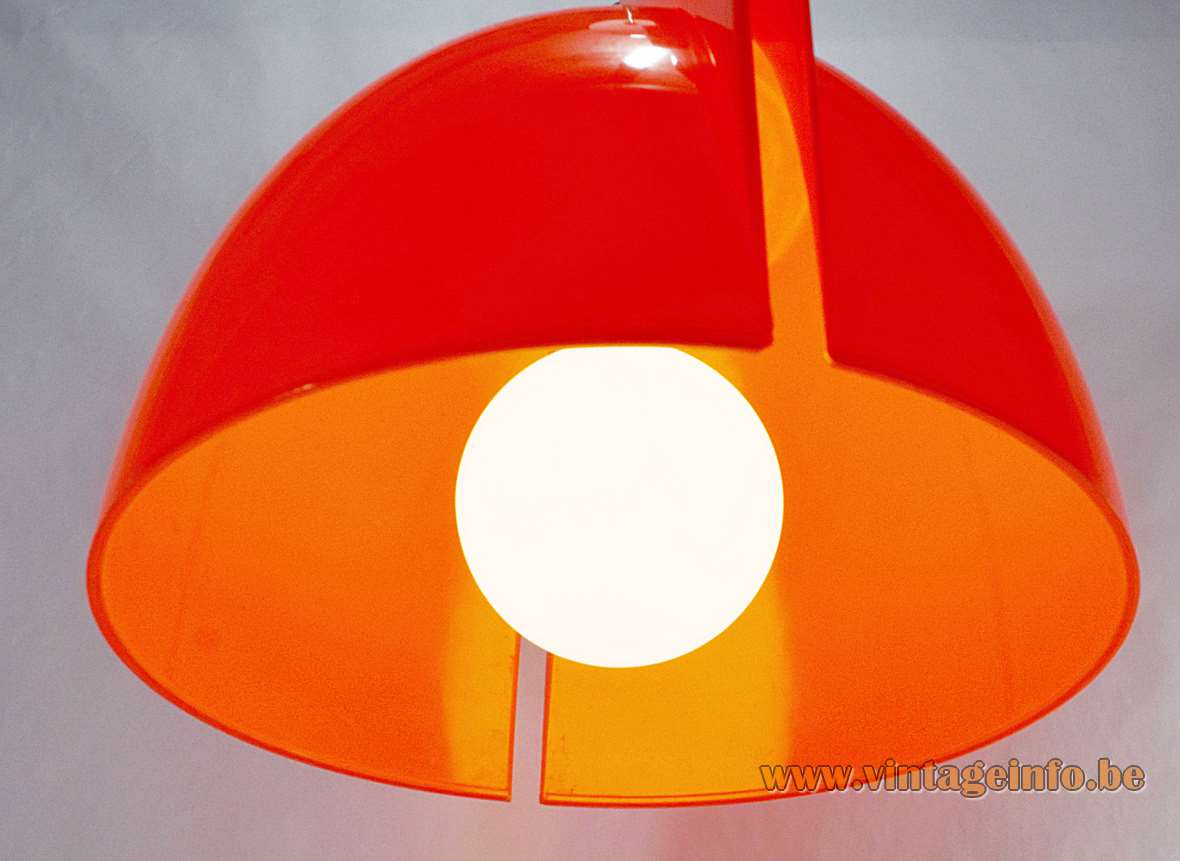 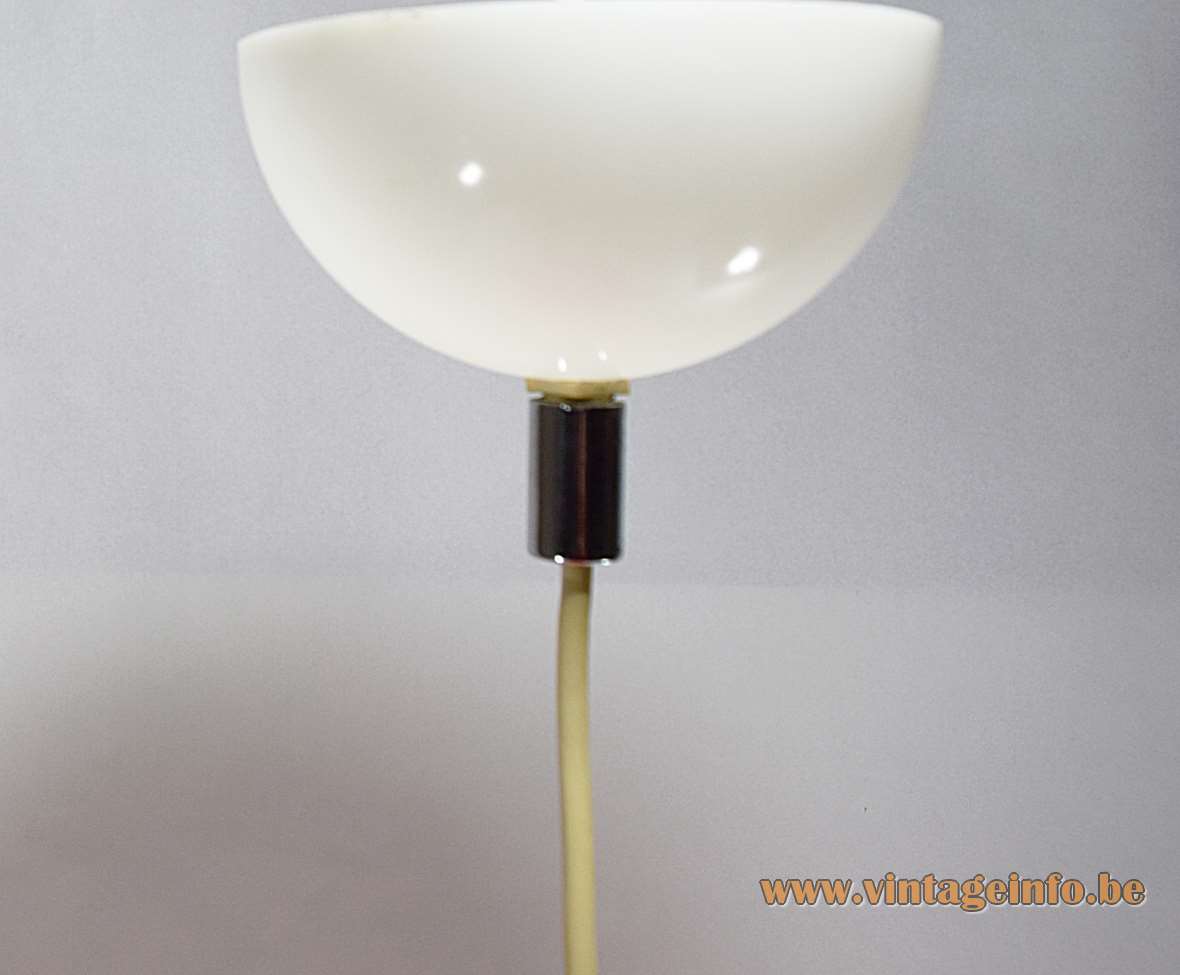 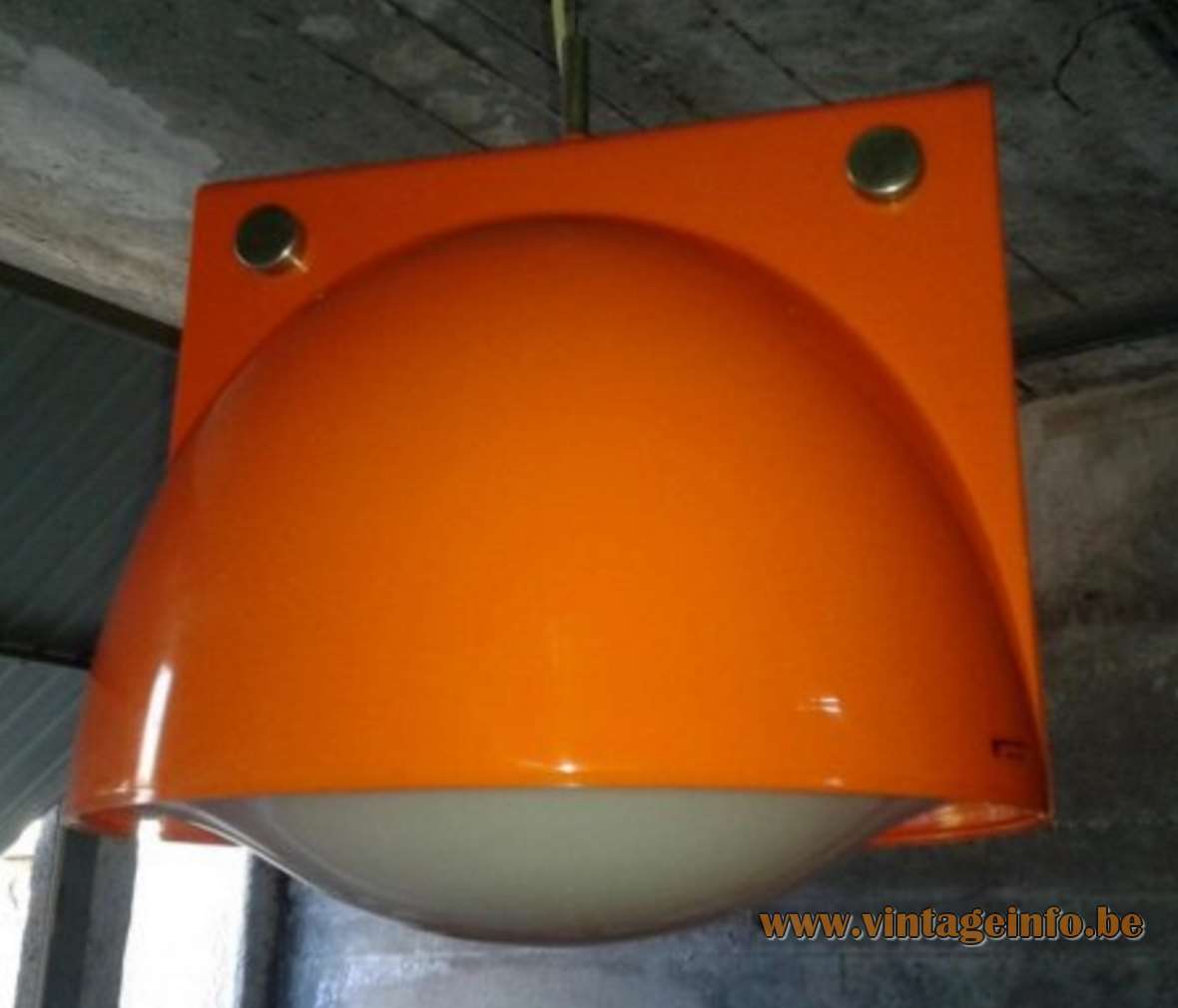 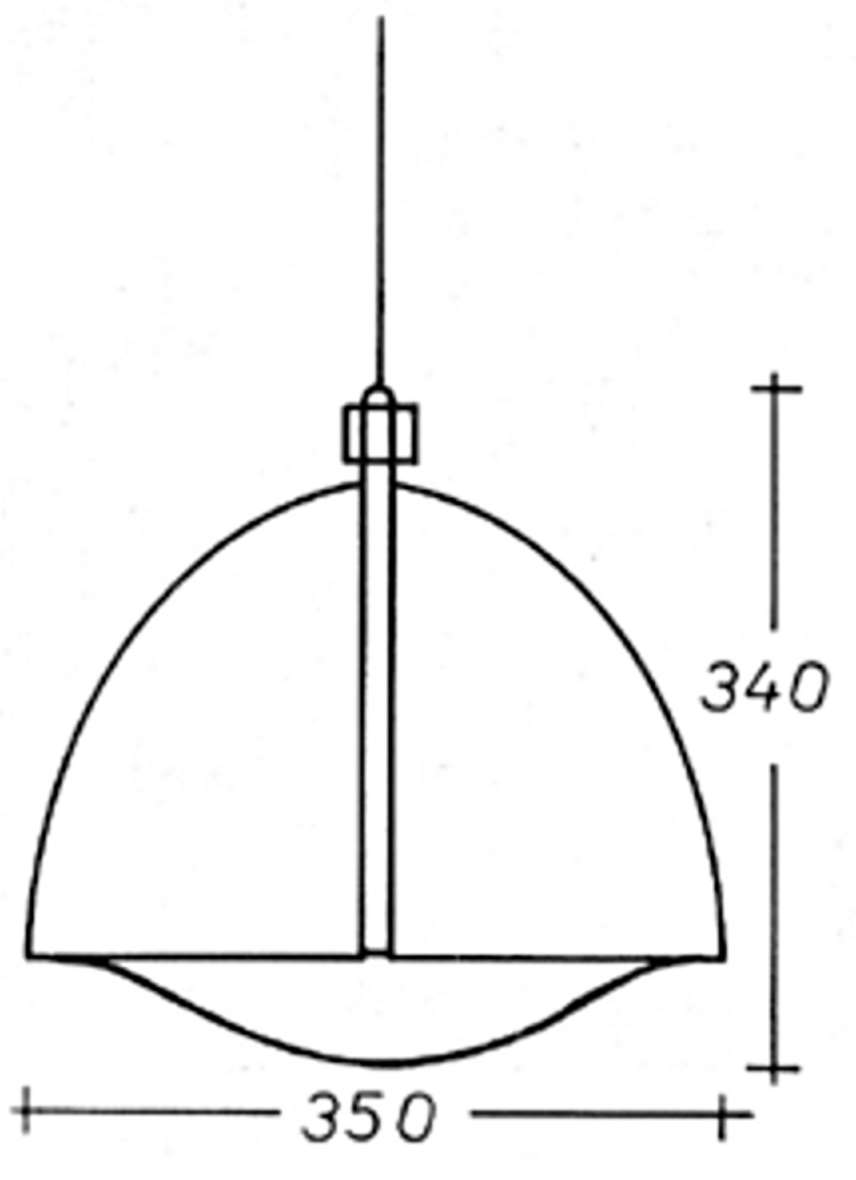 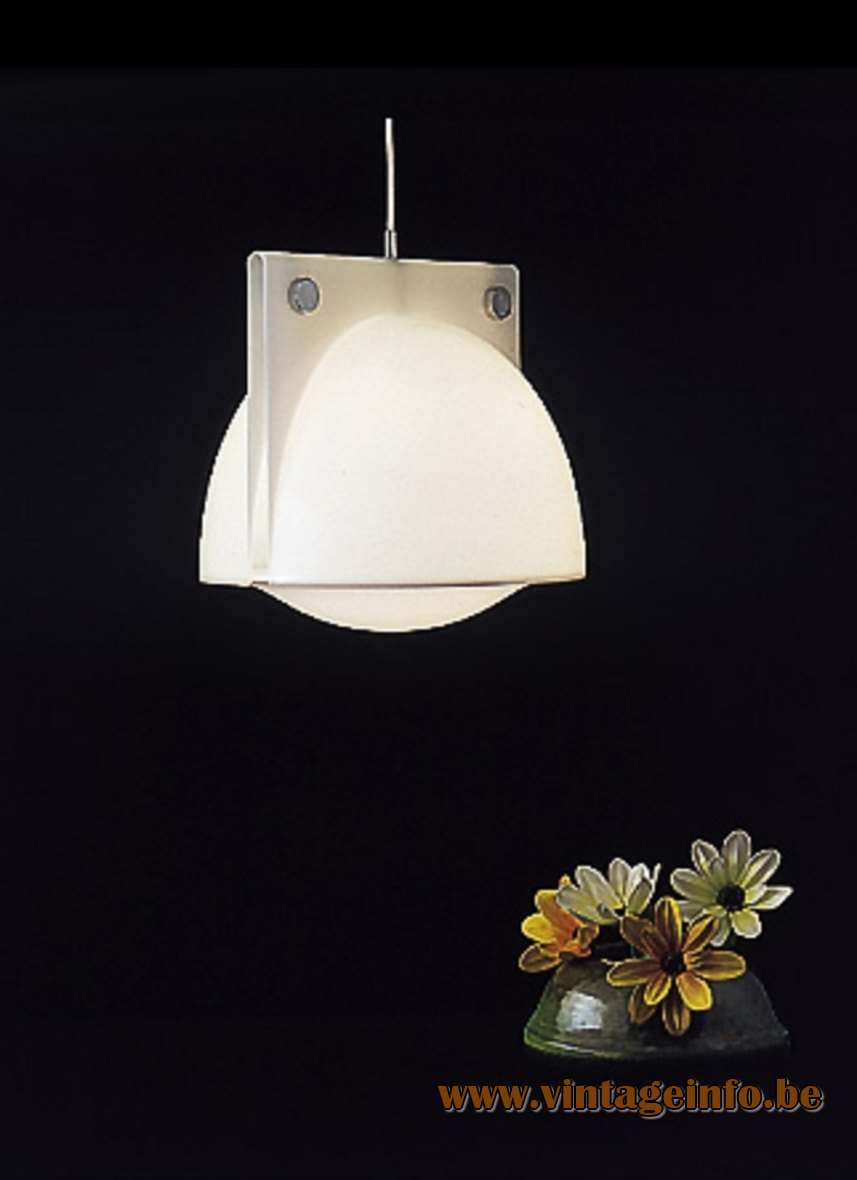 Other versions: The Harvey Guzzini Orione pendant lamp exists in white and orange. As often with Harvey Guzzini lamps, they were sold with or without the white diffuser. Also a version with a square bottom was made, but it has a different name. A flush mount, commercial code 5022, and 2 ceiling lamps on a chrome rod were also made.

In the late seventies Stilnovo produced a very similar wall lamp in metal.

iGuzzini illuminazione was established in June 1958 by Raimondo Guzzini (born 1928) under the name Harvey. Harvey is derived from the famous movie ‘Harvey’ with James Stuart and the invisible rabbit Harvey from 1950.
The initial production of enamelled copper objects was supplemented by decorative luminaires.
In the early sixties it became a family business when his 5 brothers joined the company. In 1962 Luigi Massoni was attracted to lead the design team. He worked for Fratelli Guzzini and Harvey Guzzini until 1976. Luigi Massoni designed many iconic lamps in that period. They are on display here on Vintageinfo. 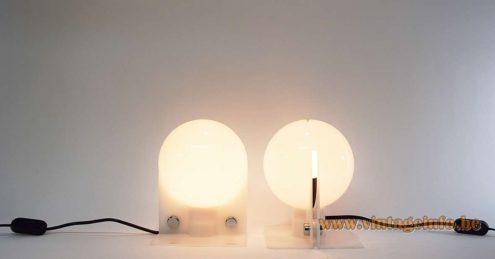 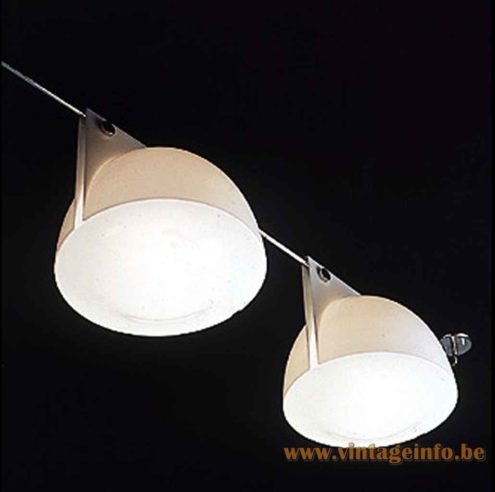