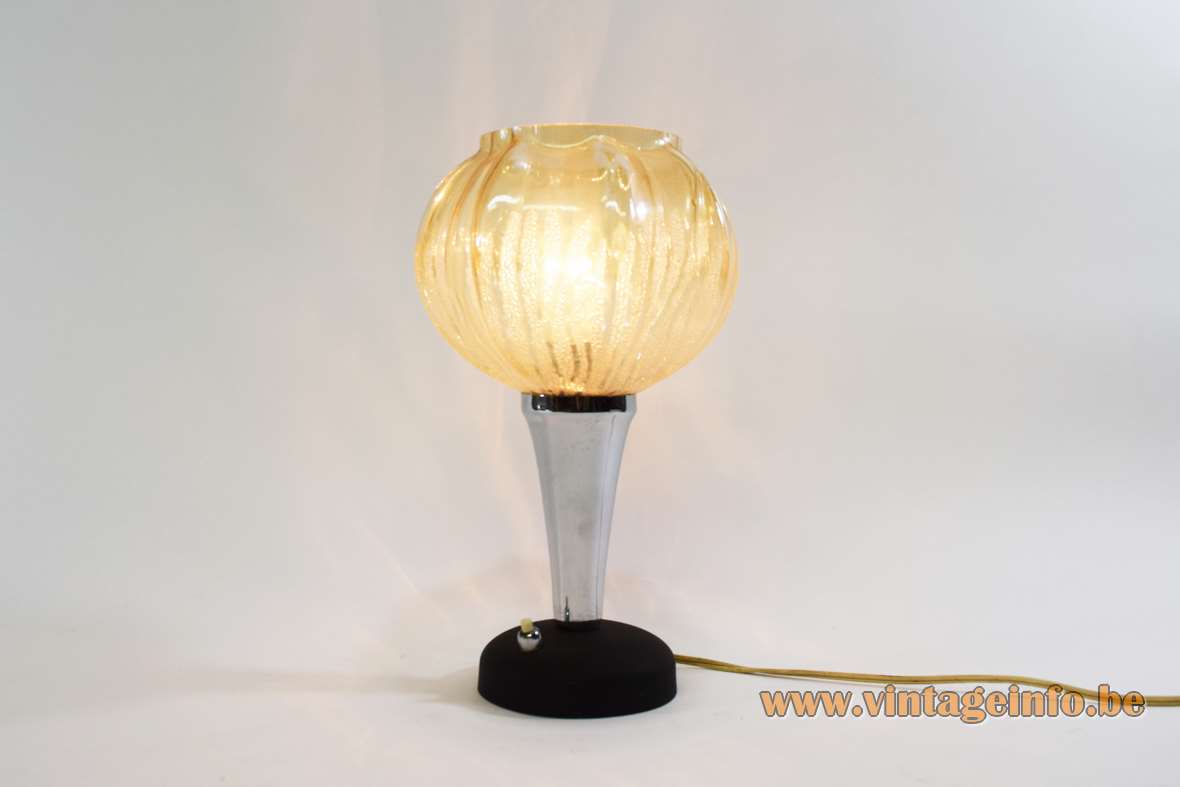 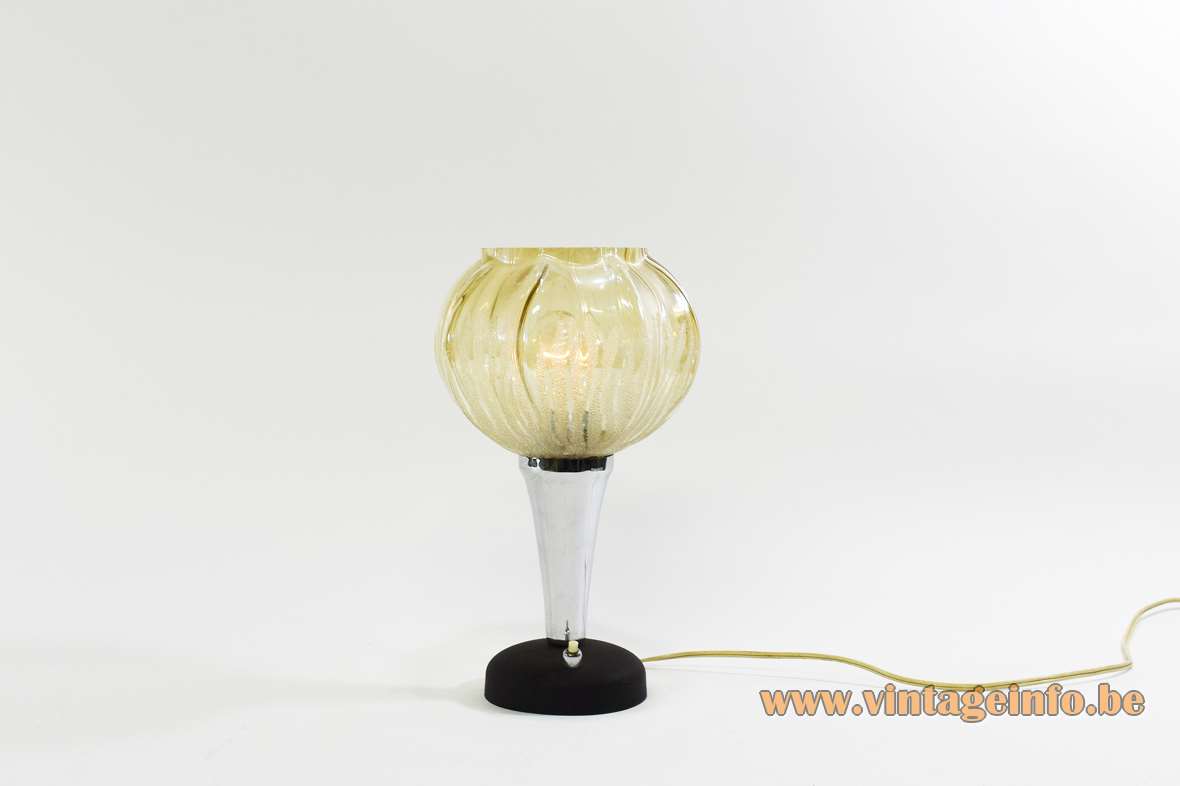 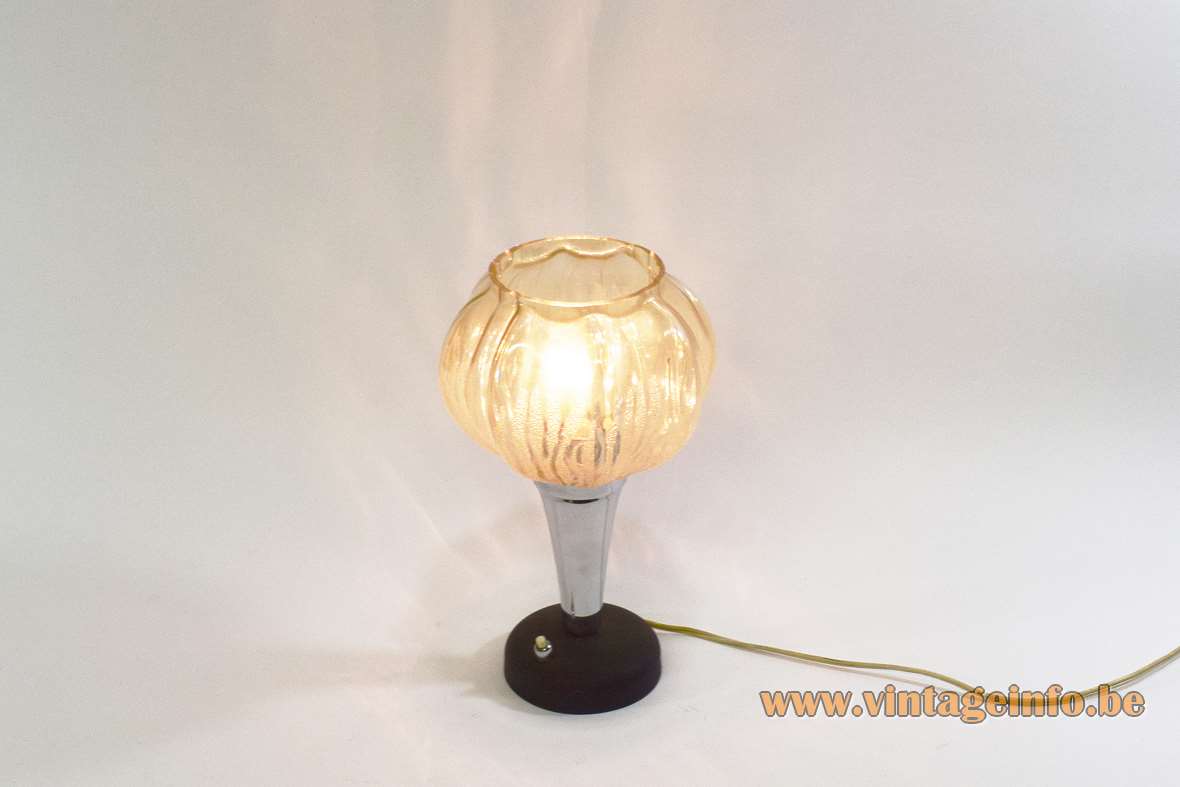 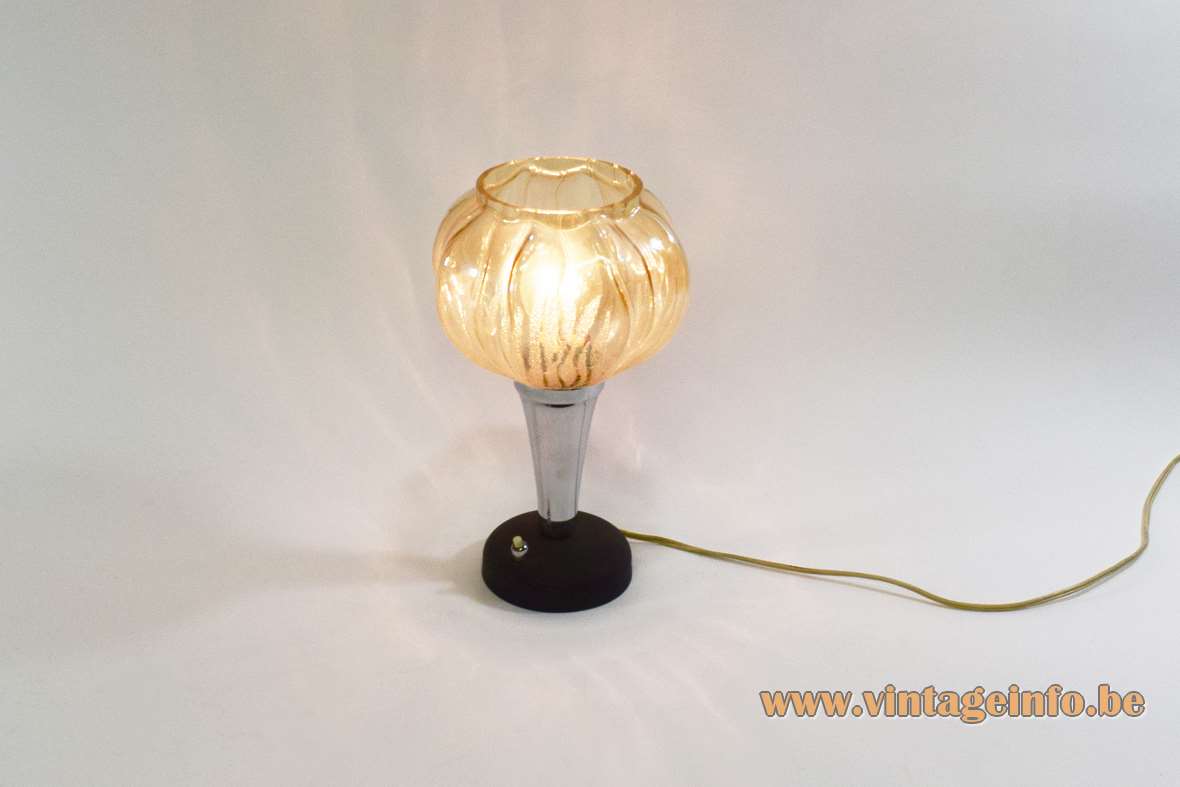 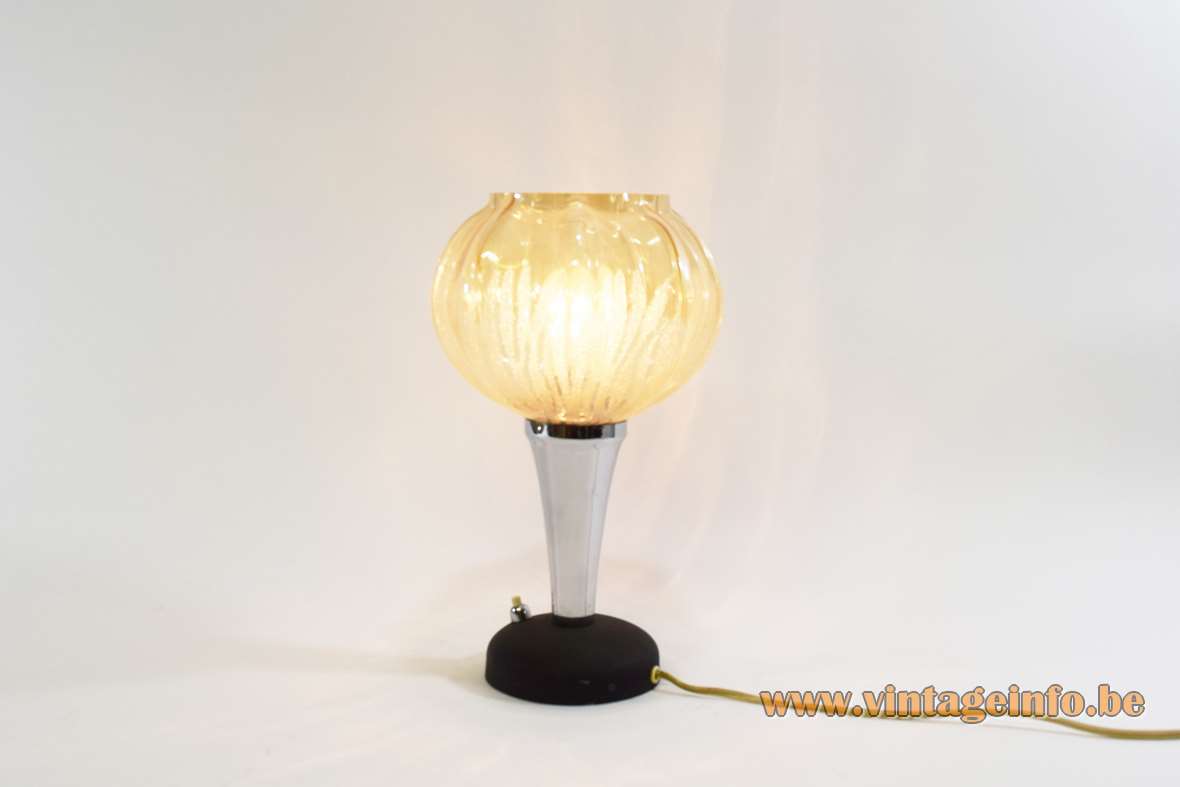 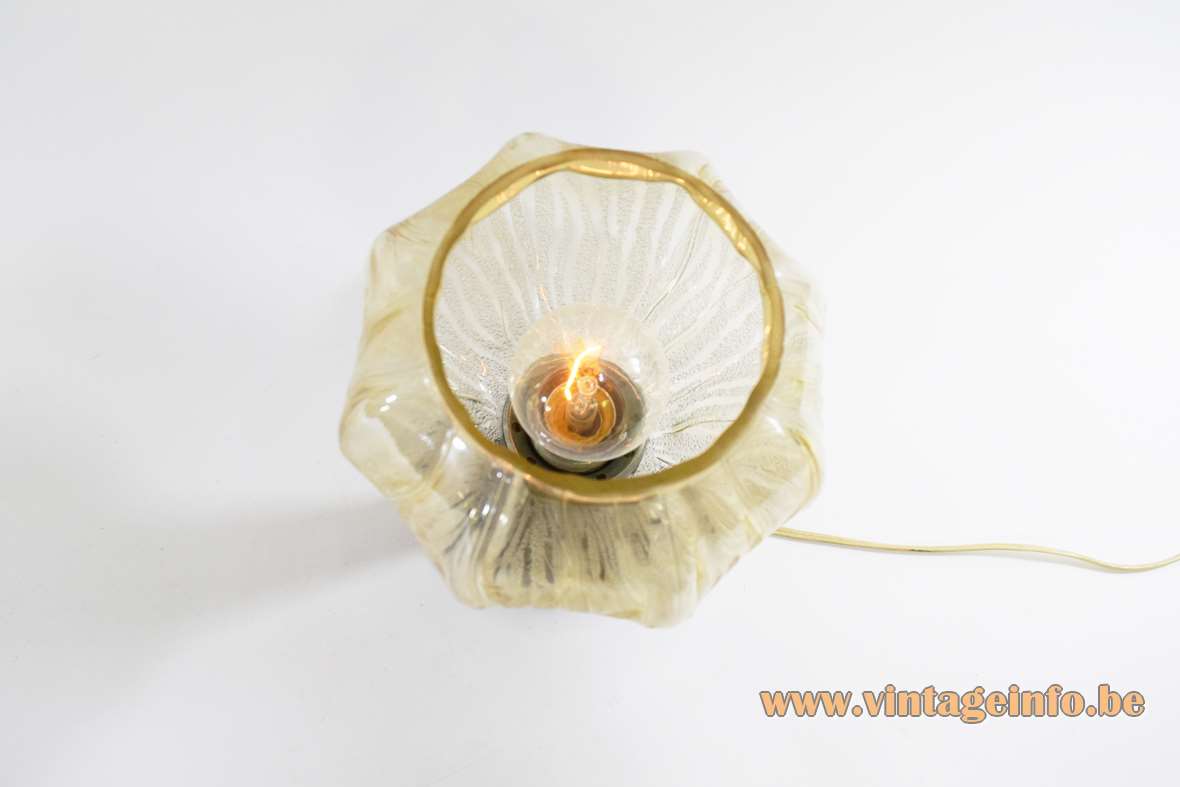 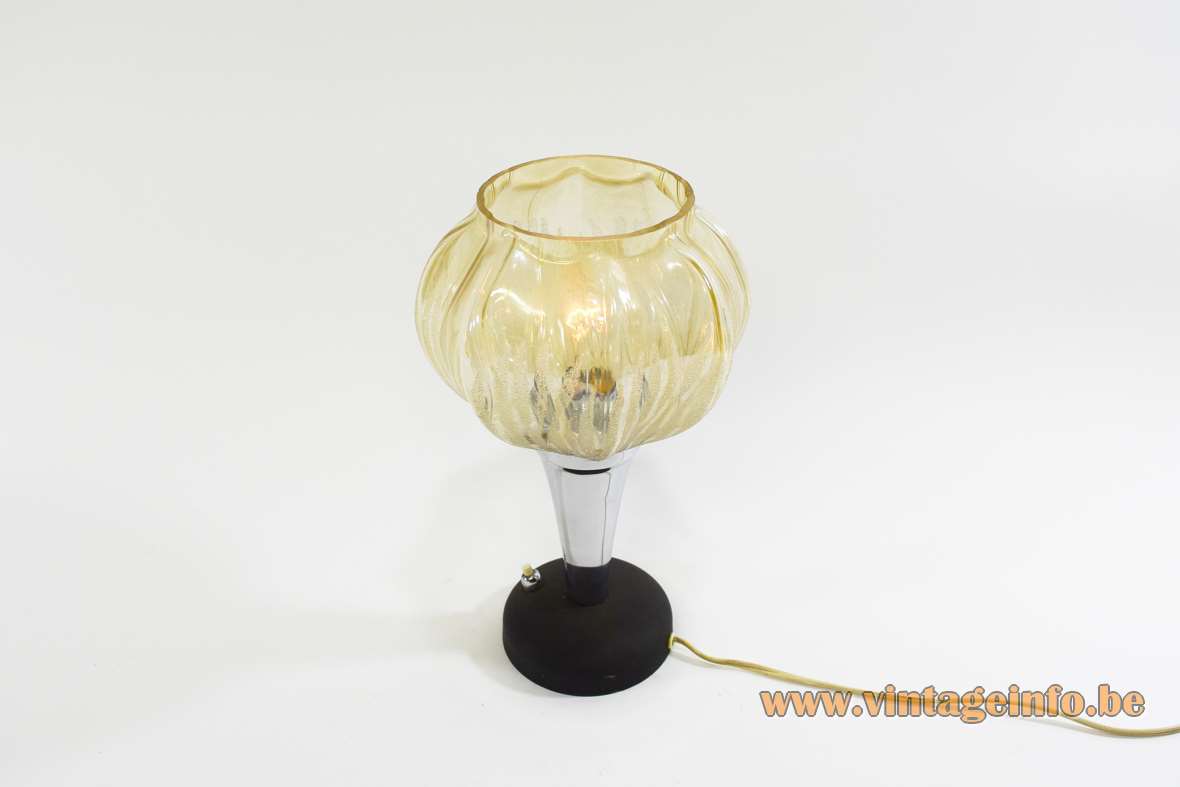 Materials: Round (cast) iron base with a built in chrome switch. Painted on the outside with black wrinkle paint. Conical chrome rod. Some iron and brass parts. Round embossed amber glass globe lampshade. Metal and porcelain E27 socket.

Other versions: The base of this black and chromed metal table lamp was used for several other table lamps. Massive made chandeliers and other lamps with the same glass. The glass is in all probability produced by De Rupel from Boom, Belgium.