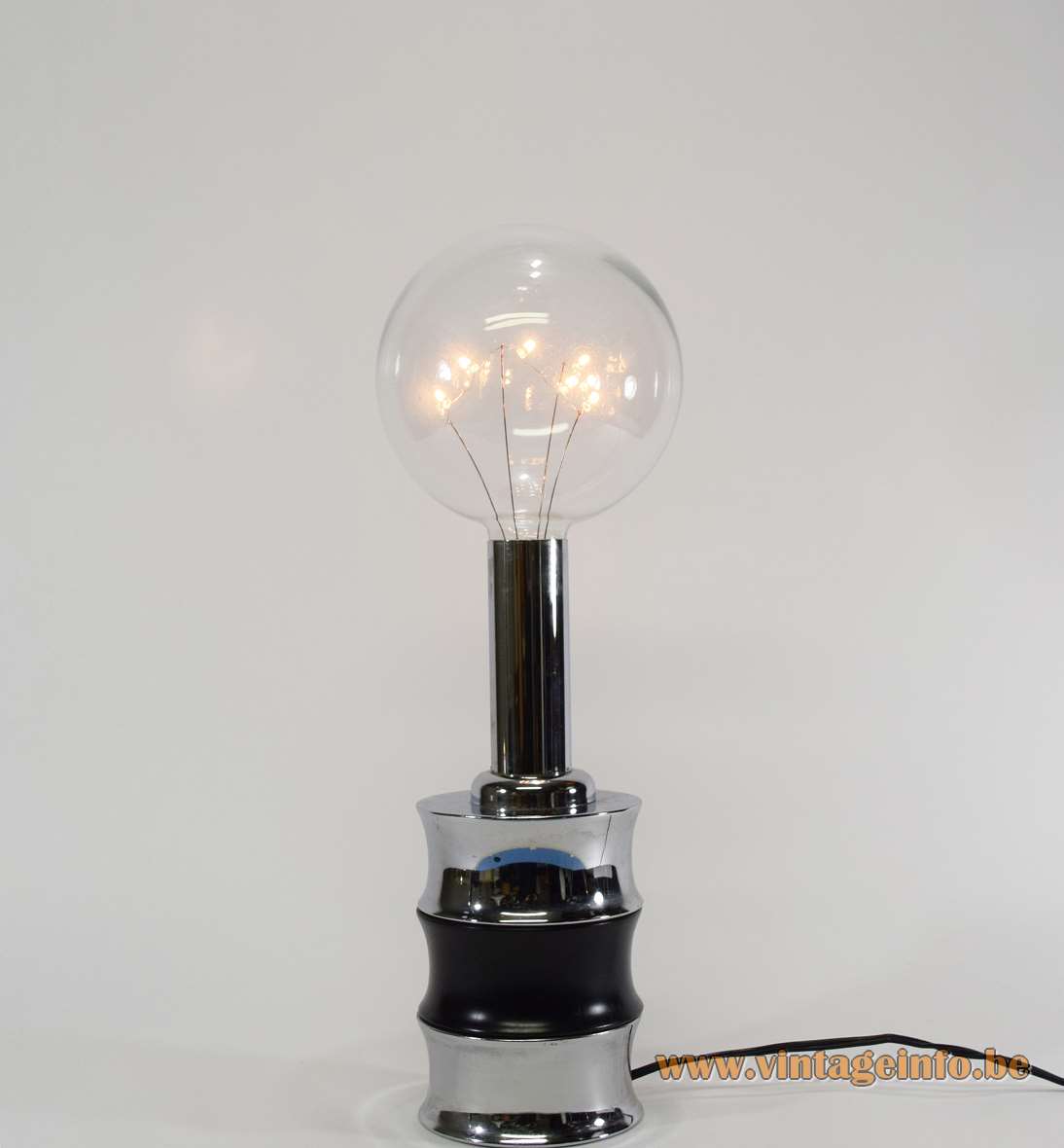 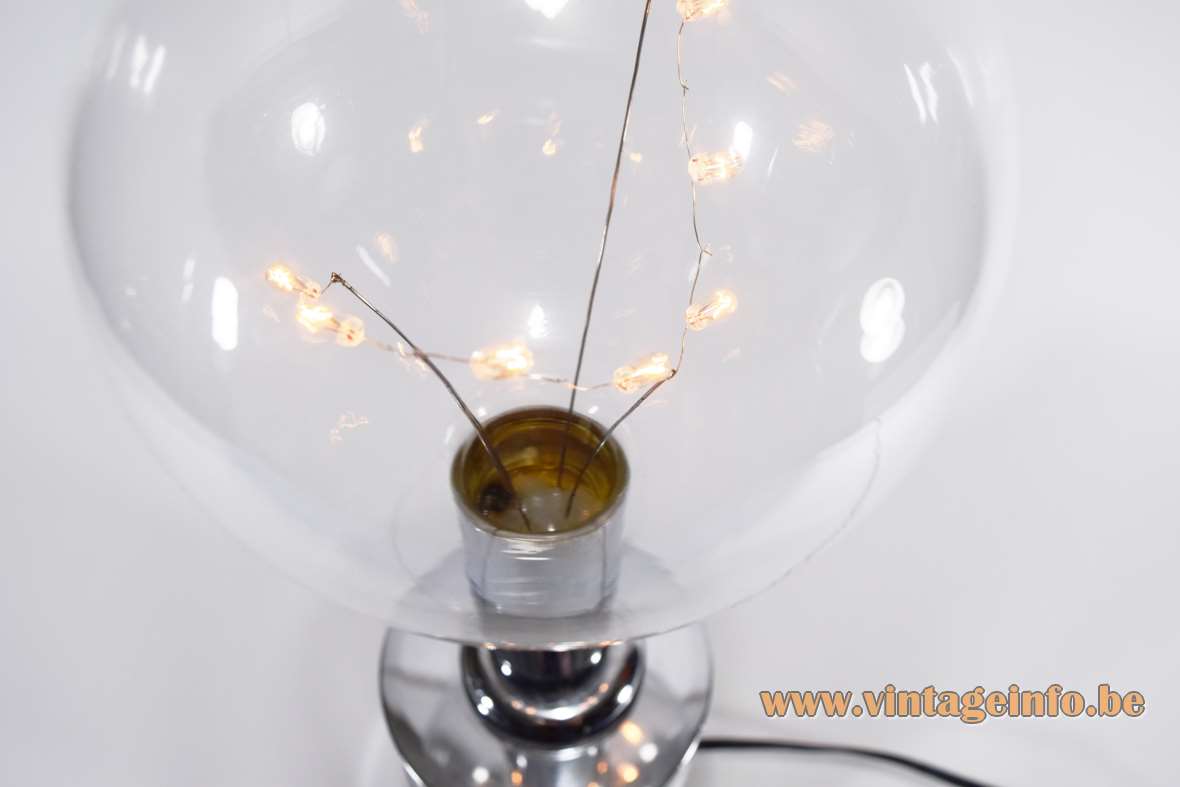 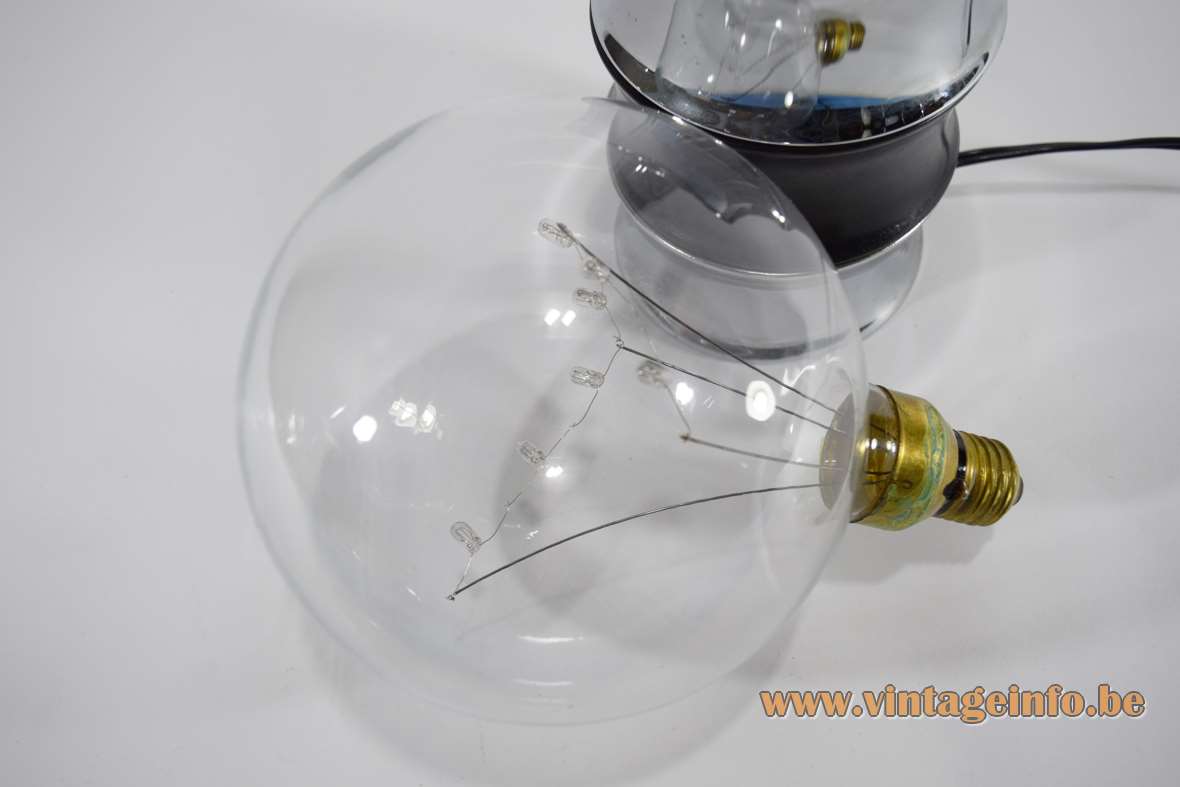 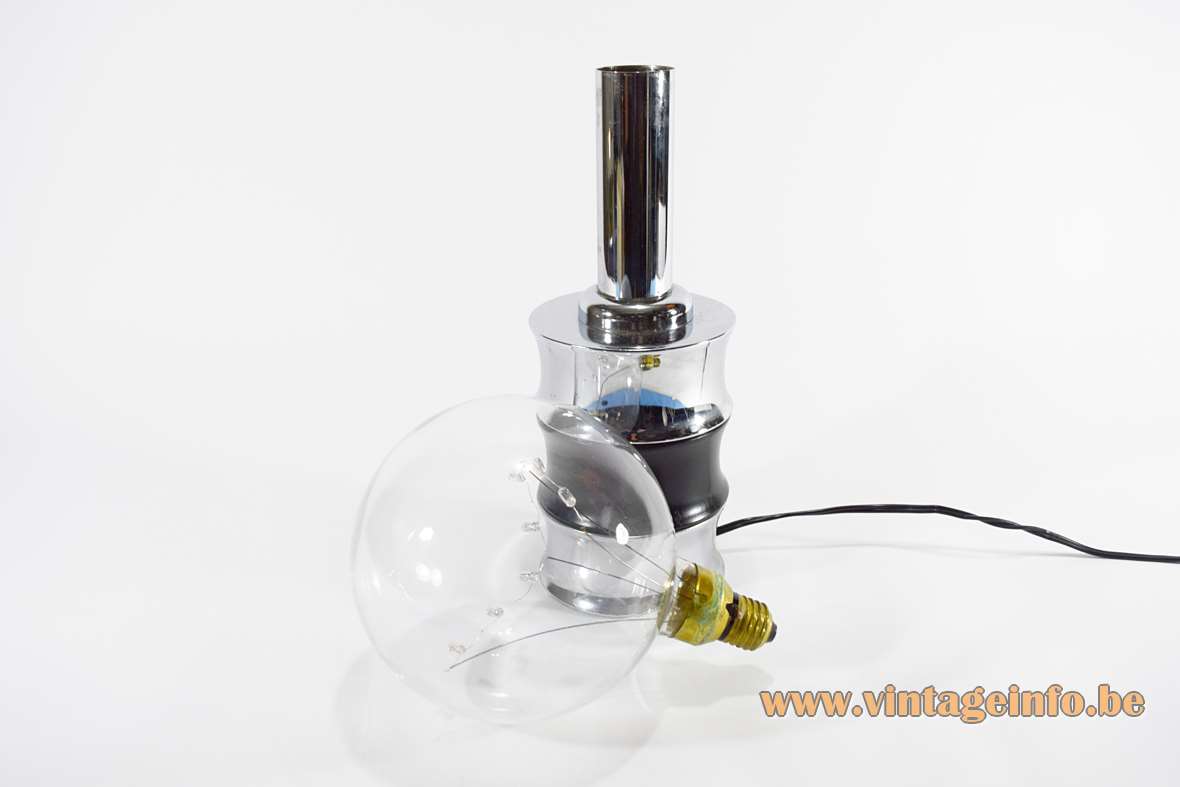 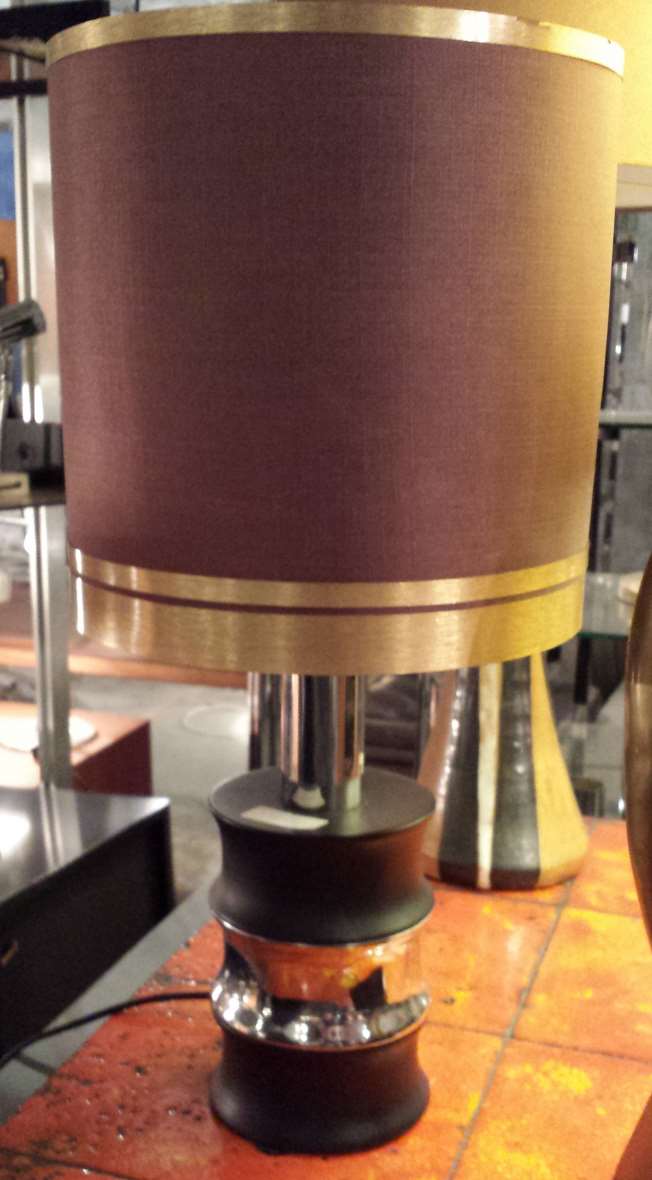 The original table lamp, but this one has a brown lampshade. Spotted in a shop in Brussels, Belgium in 2015. This light has two black painted parts and one chrome. 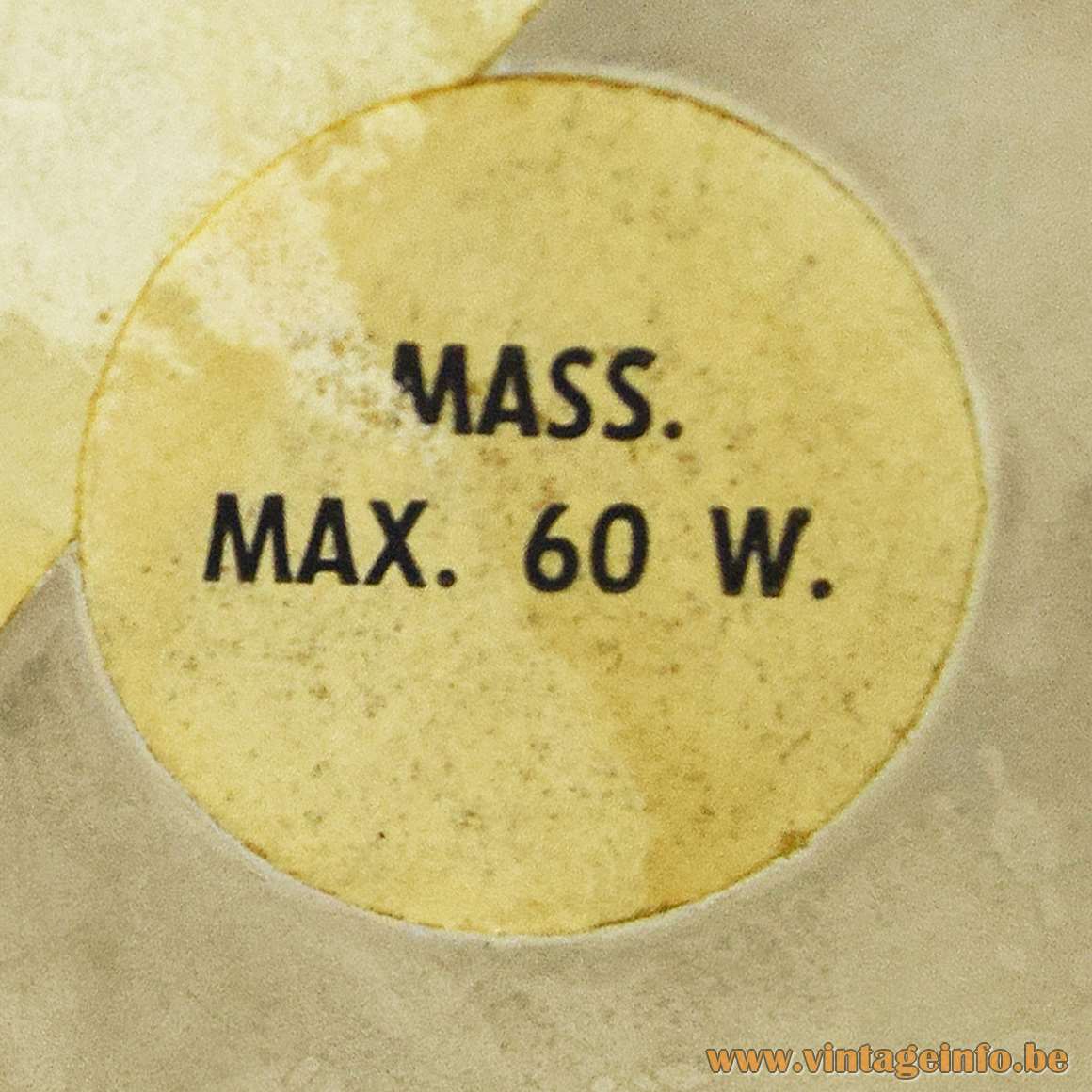 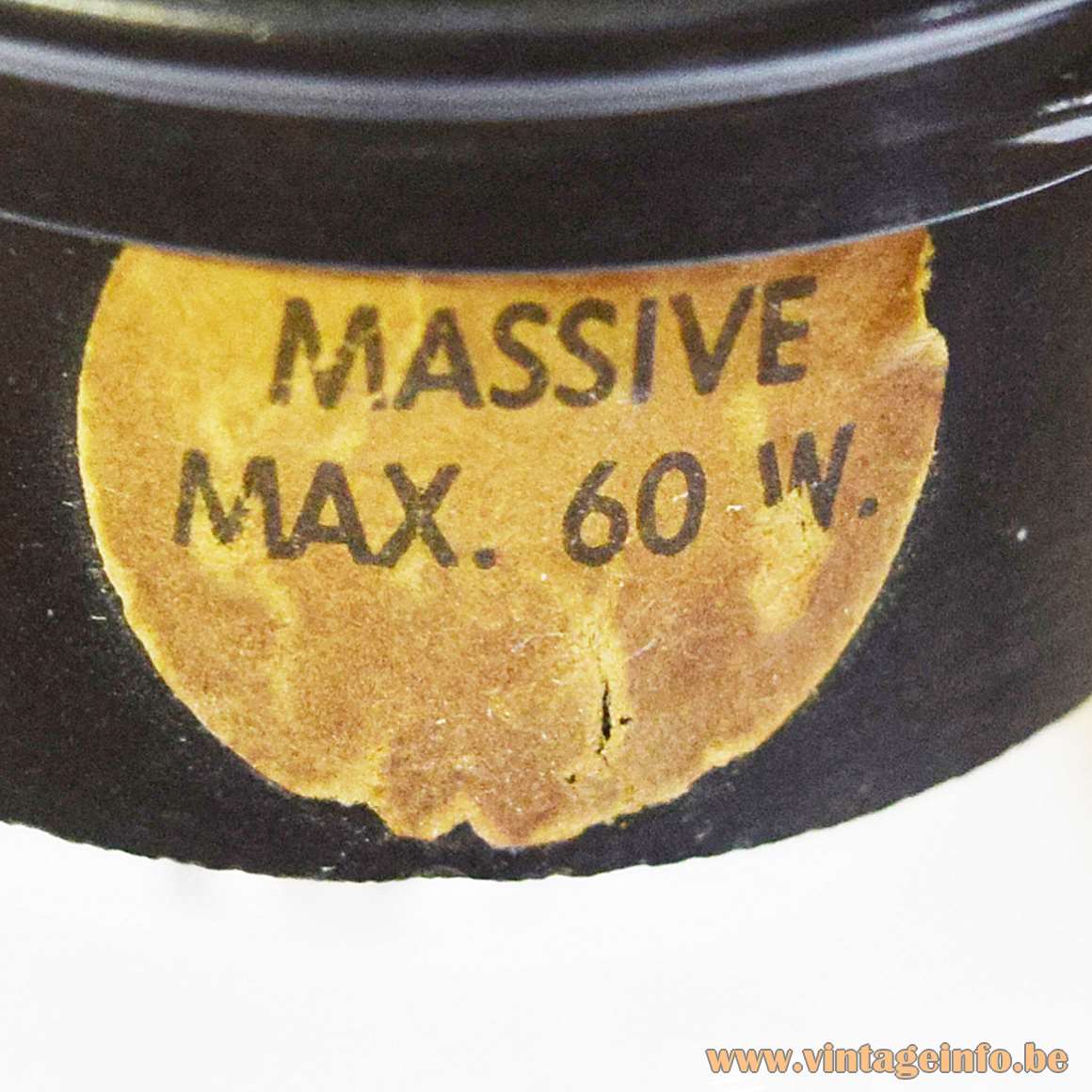 Other versions: This globe filament table lamp is a is a unique specimen. The original lamps were made in several colours and were sold with many different lampshades.

This lamp is a DIY lamp, a nice try.

Label on the bottom: Mass. Max. 60W. (Massimo Maximum 60 Watt). Massimo is the Italian word for maximum. Max. is used for every other language in Europe were Massive sold lights at that time.

This Globe bulb is made in the 1960s or 1970s from 7 small incandescent light bulbs, connected with each other, the type of lamps used for a Christmas tree at that time. They do not give much light, just a lamp for decoration. 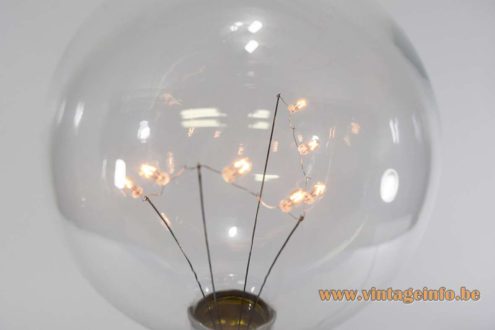 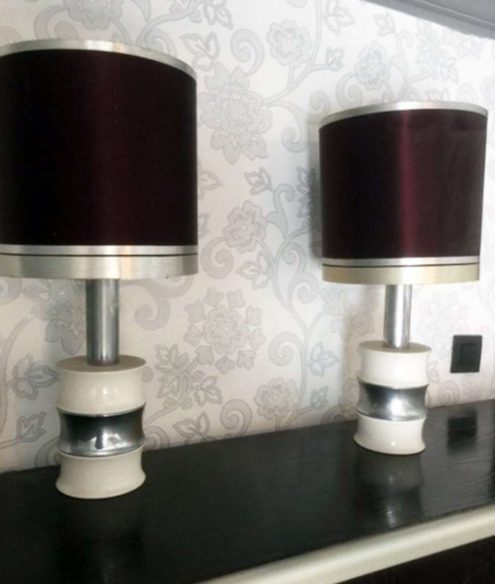