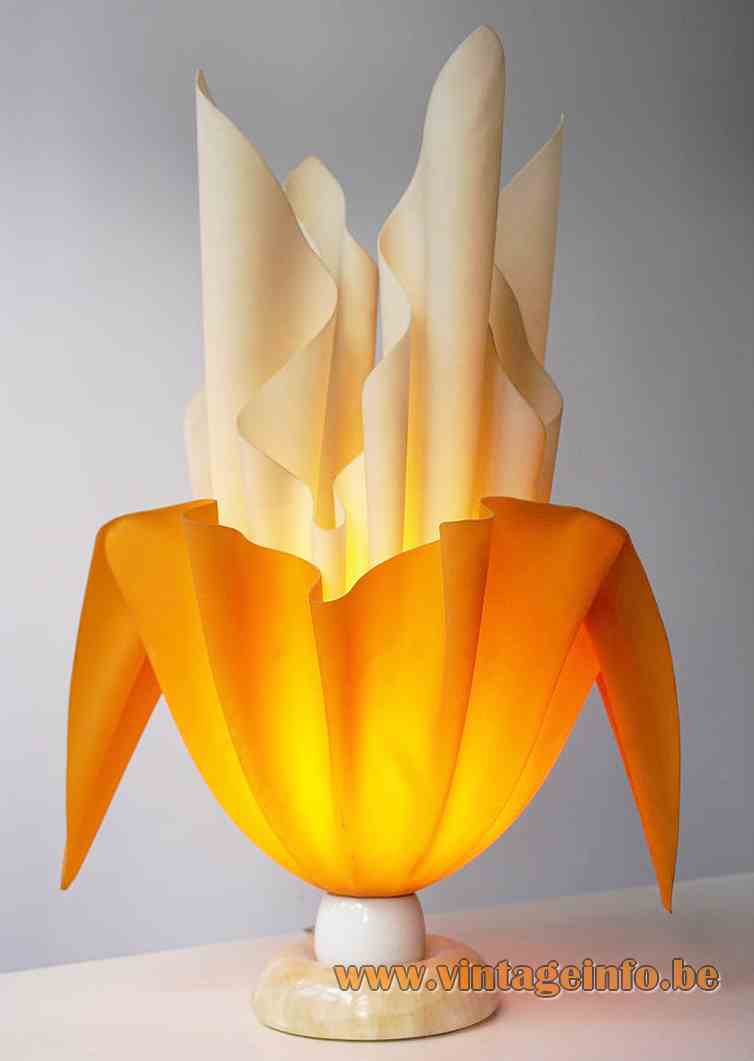 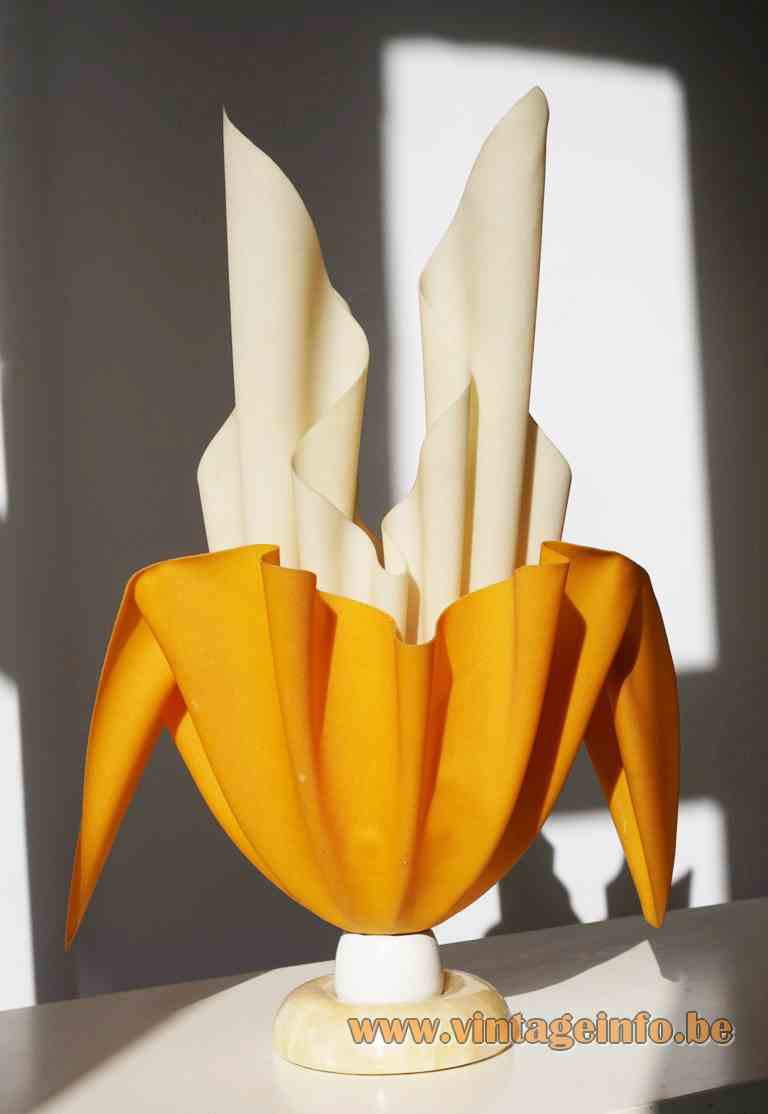 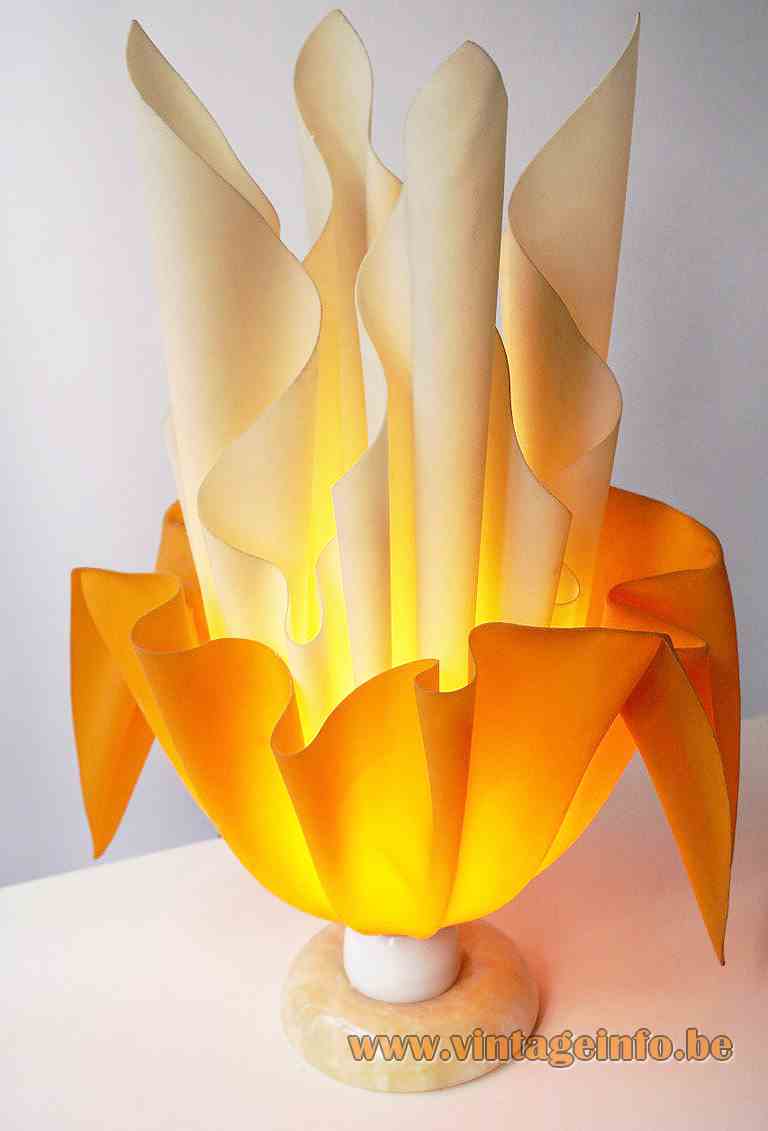 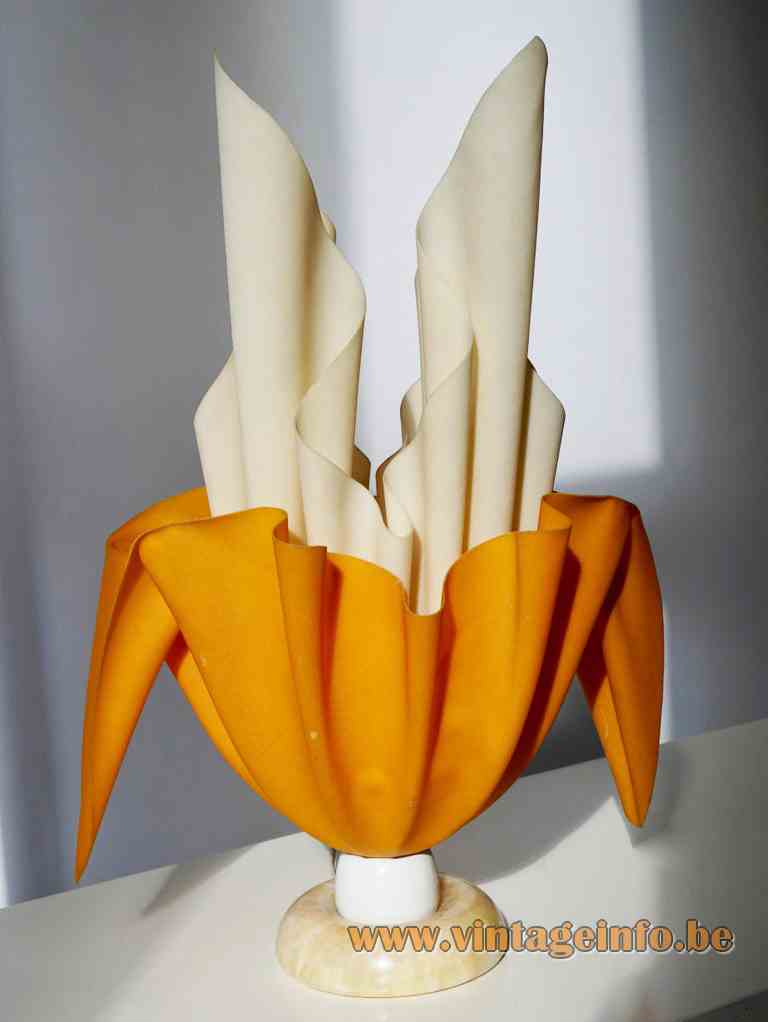 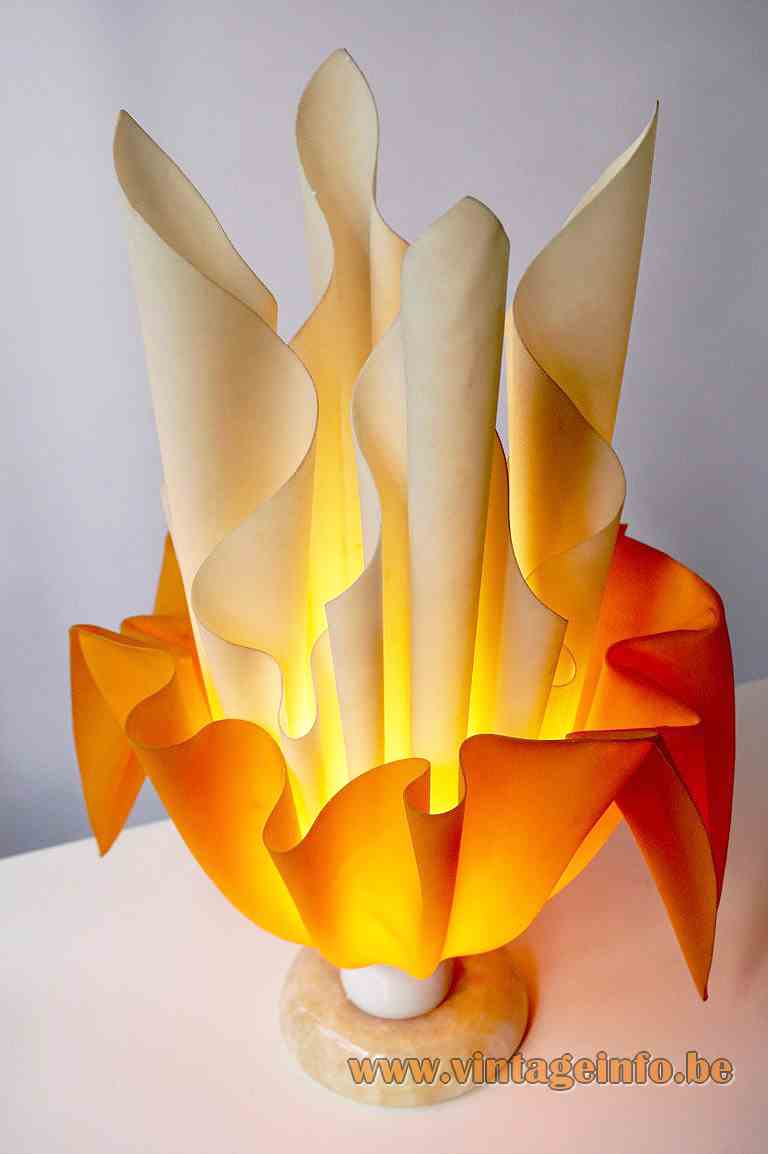 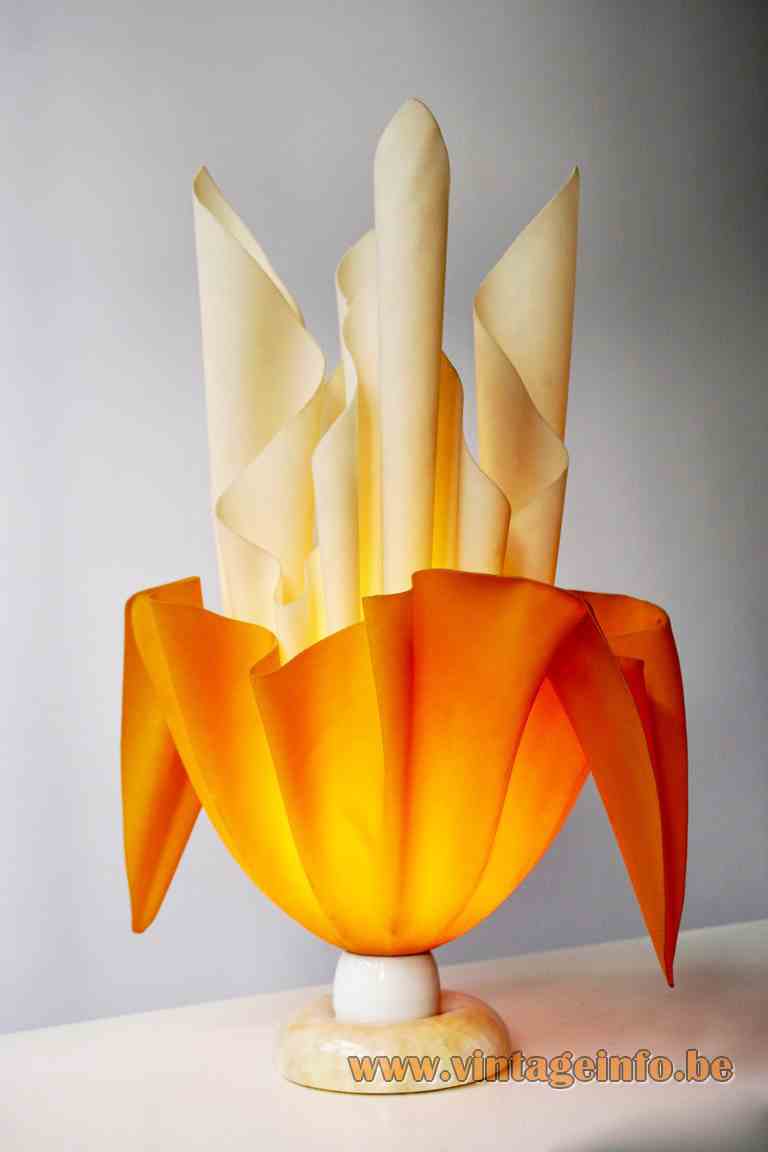 A Georgia Jacob Athena table lamp was used as a prop in the 2022 video clip of Belgian singer Pierre de Maere. It appears in the clip of the song Un Jour Je Marierai Un Ange (One Day I Will Marry An Angel).

Materials: Round white marble base. Lampshade made of white and orange fabric soaked in some colourless resin or polyester. Dried in a handkerchief or flaming torch style. Plastic E27 socket.

Other versions: This Georgia Jacob Kali table lamp comes in many variations. The Kali lamp was made in white and orange and white. Other lamps have different names such as Athena, Ella, Ophélie, Fruit d’Ange (angel fruit),Corolle (goblet) and so on.

Despite that almost everyone says that these lamps are vintage and from the seventies or older, they are from the 90s or much newer. The oldest lamp is at best from 1988.

The Georgia Jacob International company was founded in 1988. It was located at a business park in Wasselonne, in the north of France, some 26 km / 16 mi from Strasbourg, not far from the German border. It is a small commune with some 5700 inhabitants (2019).

Georgia Jacob only produced these handkerchief/flaming torch style lamps in resin (polyester), fibreglass or acrylic. They were made with several different bases made in marble, brass, metal, wood or resin. The acrylic lamps have a clear acrylic round base.

Almost every table lamp has a label with the European CE marking. It became mandatory in 1993. However, the logo exist in its present form since 1985. Not to be confused with the CE marking from China (China Export), almost the same label.

The Georgia Jacob International company ceased to exist in 2012. (Closing for insufficient assets on 13-11-2012)

Sometimes you find very similar lamps, but labelled on the bottom with Jannalights, fabriqué en France, modèle deposé (made in France, registered model). Jannalights was registered November 24, 1993 by Madame Janna Drake, some sources say 1978. The one person company was located in Saint-Amans-de-Pellagal, in the south of France. It ended business in 2007. For the moment it is unclear what those 2 companies got to do with each other. Do you have an idea? Please let us know through the contact form and help improve the websites exactitude.

Other comparable lamps were made in the 2000s by Soledad, Linco.

The wiring, plug, switch and socket are Italian and they were made by VLM Components from Buccinasco near Milan in the 1980s and 1990s. The company became famous for the switches they produce since 1968, designed by Achille Castiglioni.