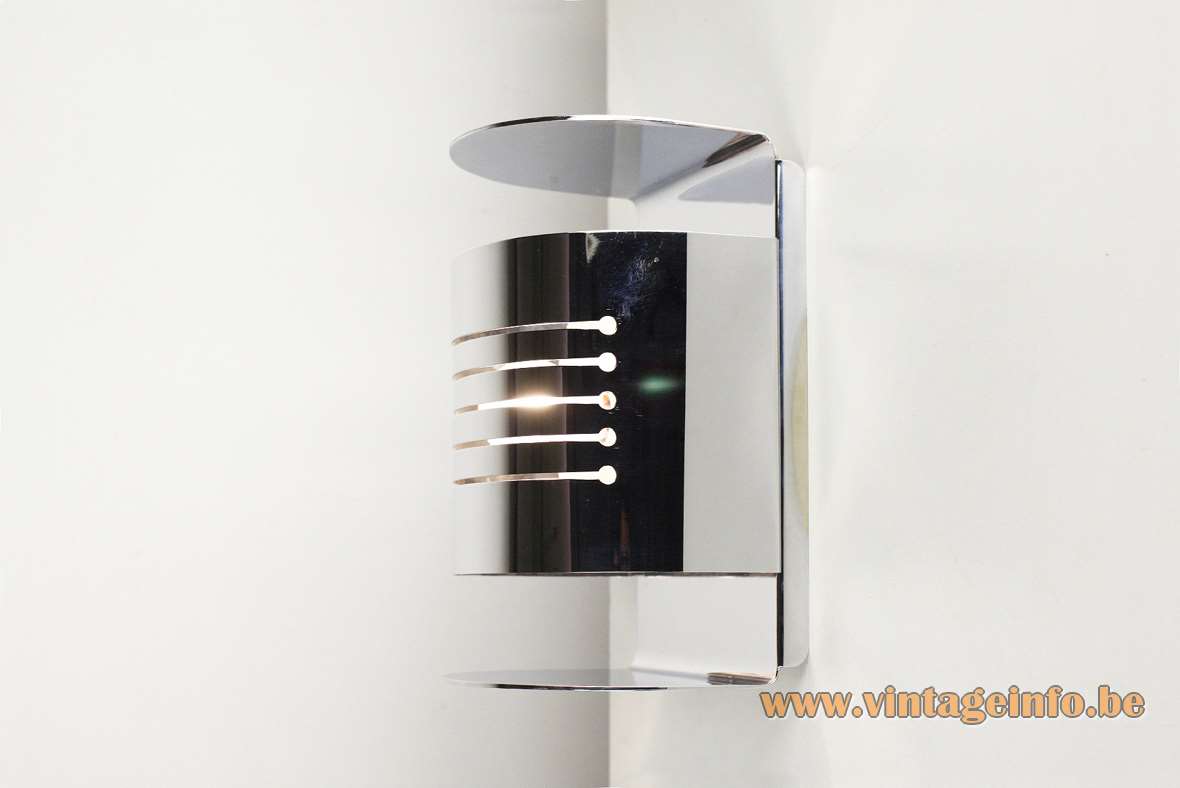 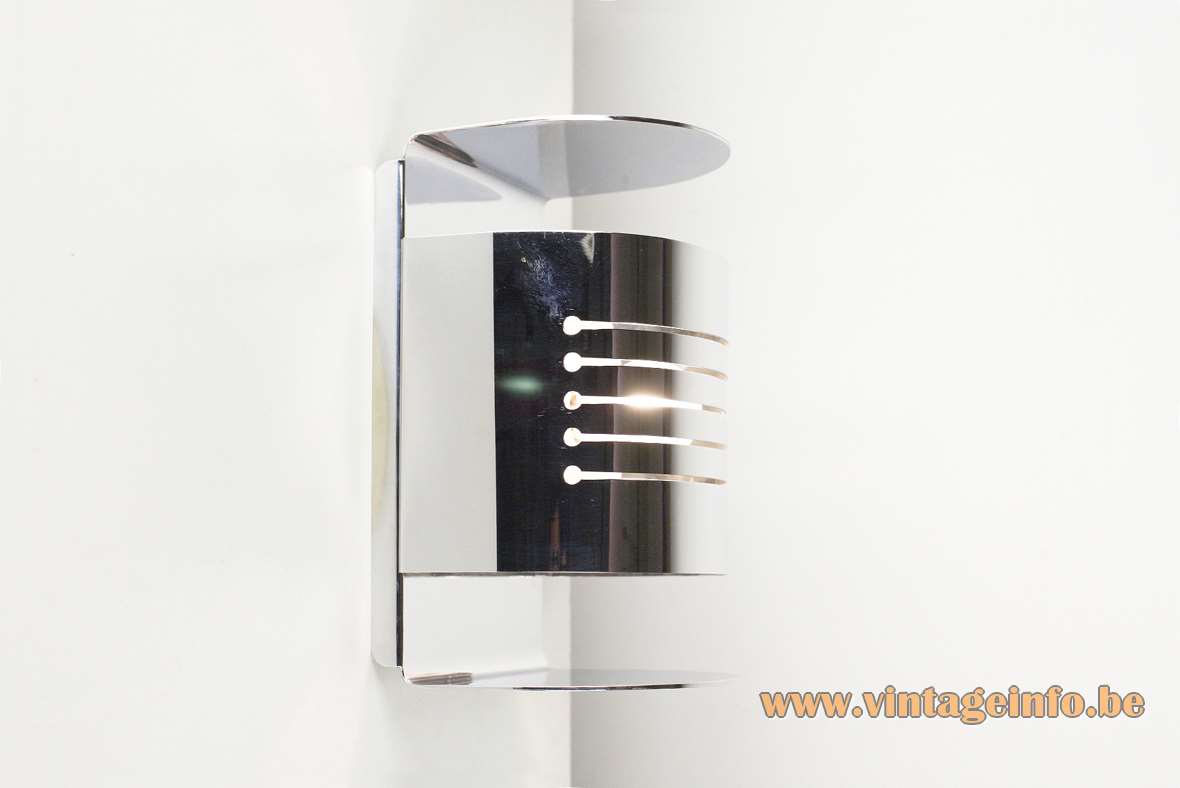 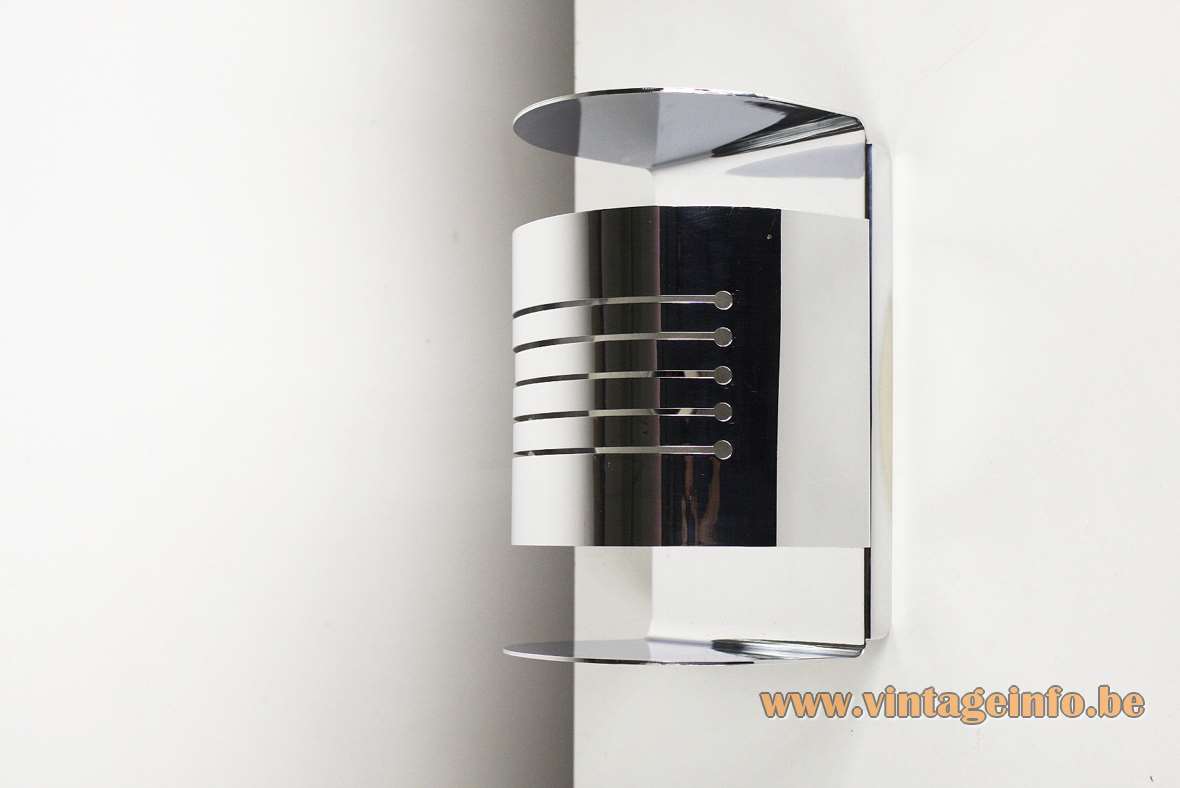 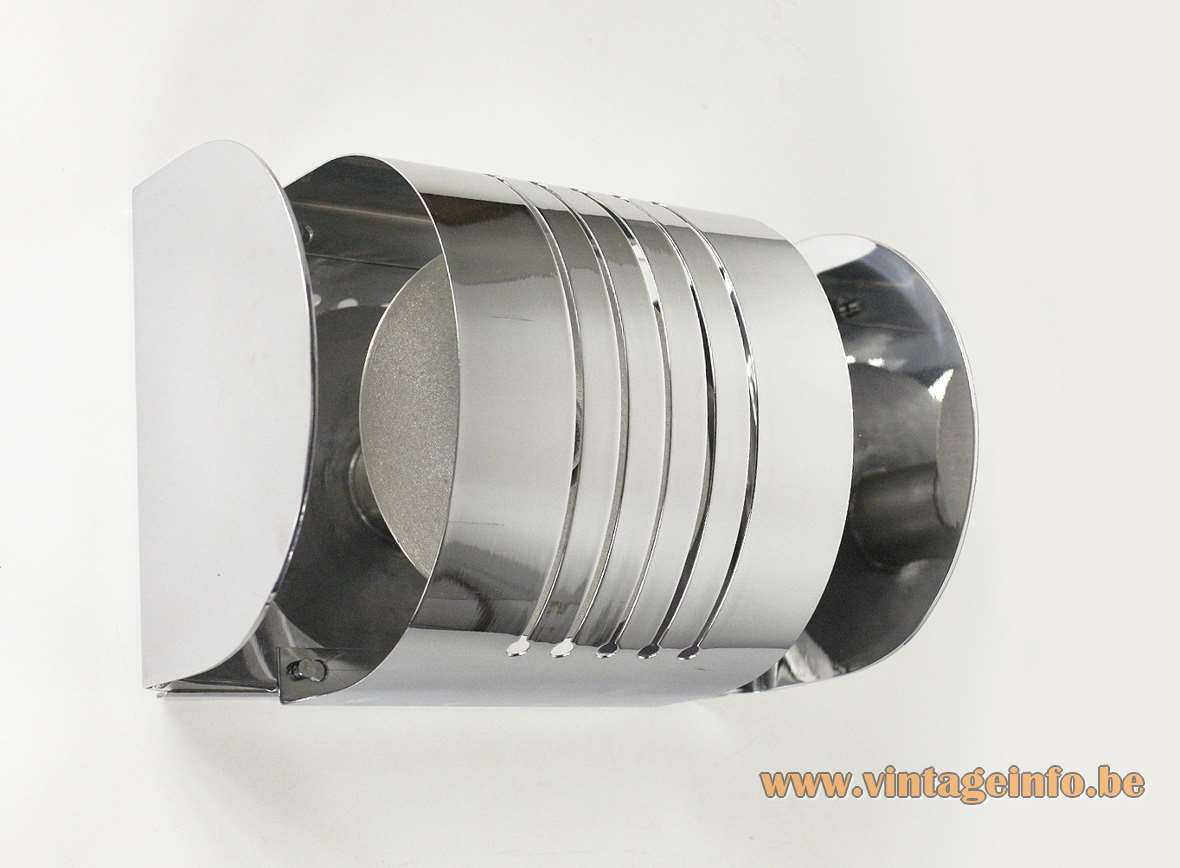 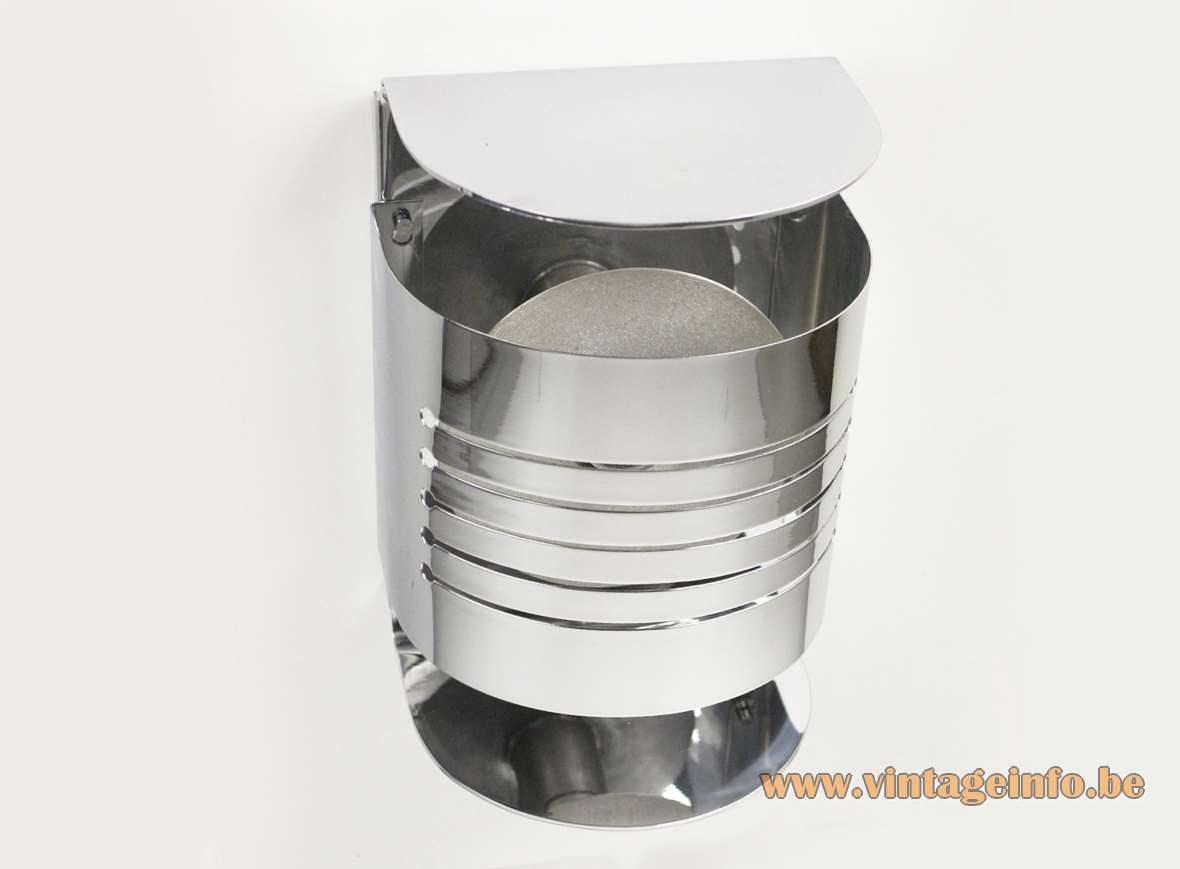 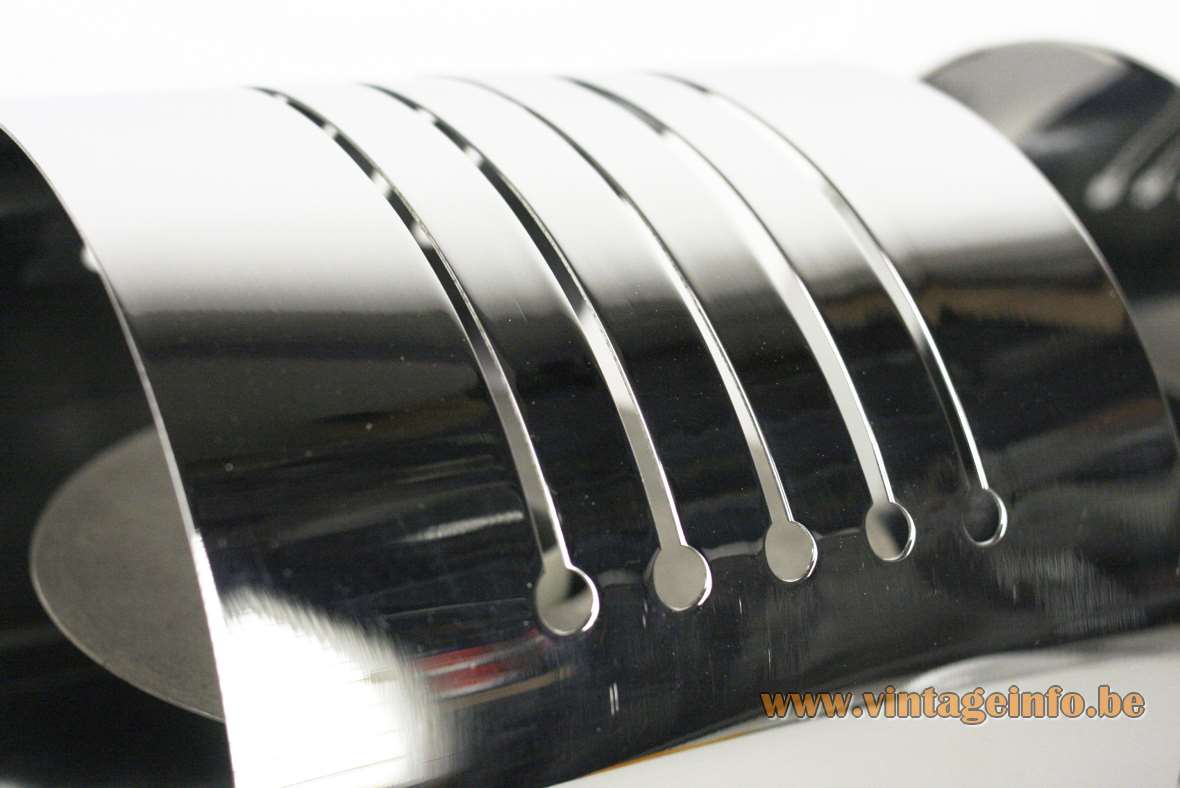 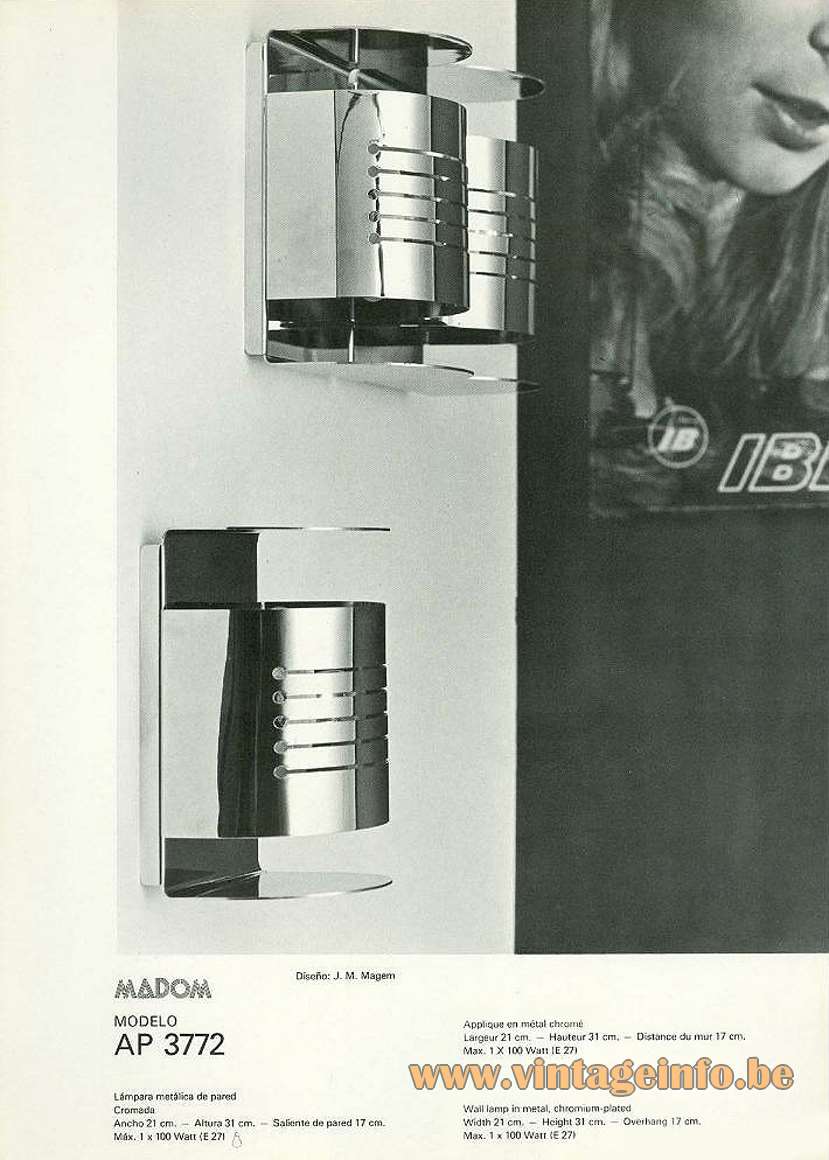 Other versions: This Josep Magem 1970s chrome wall lamp exists in several colours. The perforated slot idea was used for several other lamp designs. A clamp lamp can be found here. 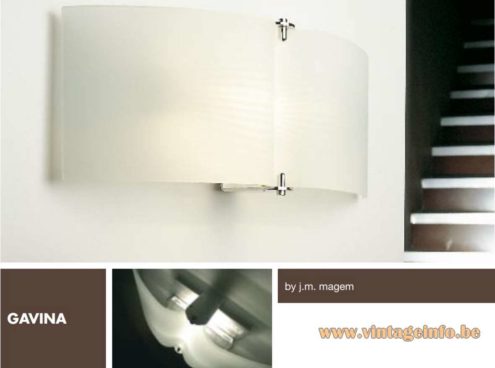 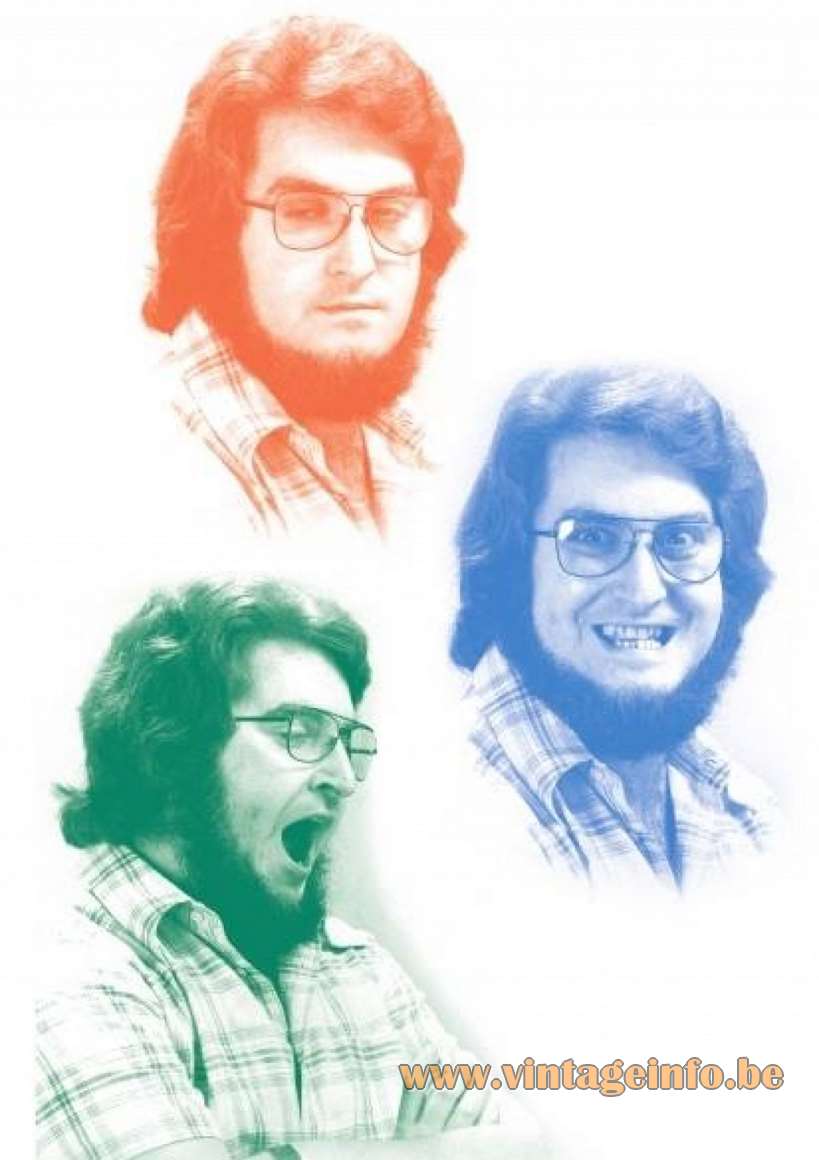