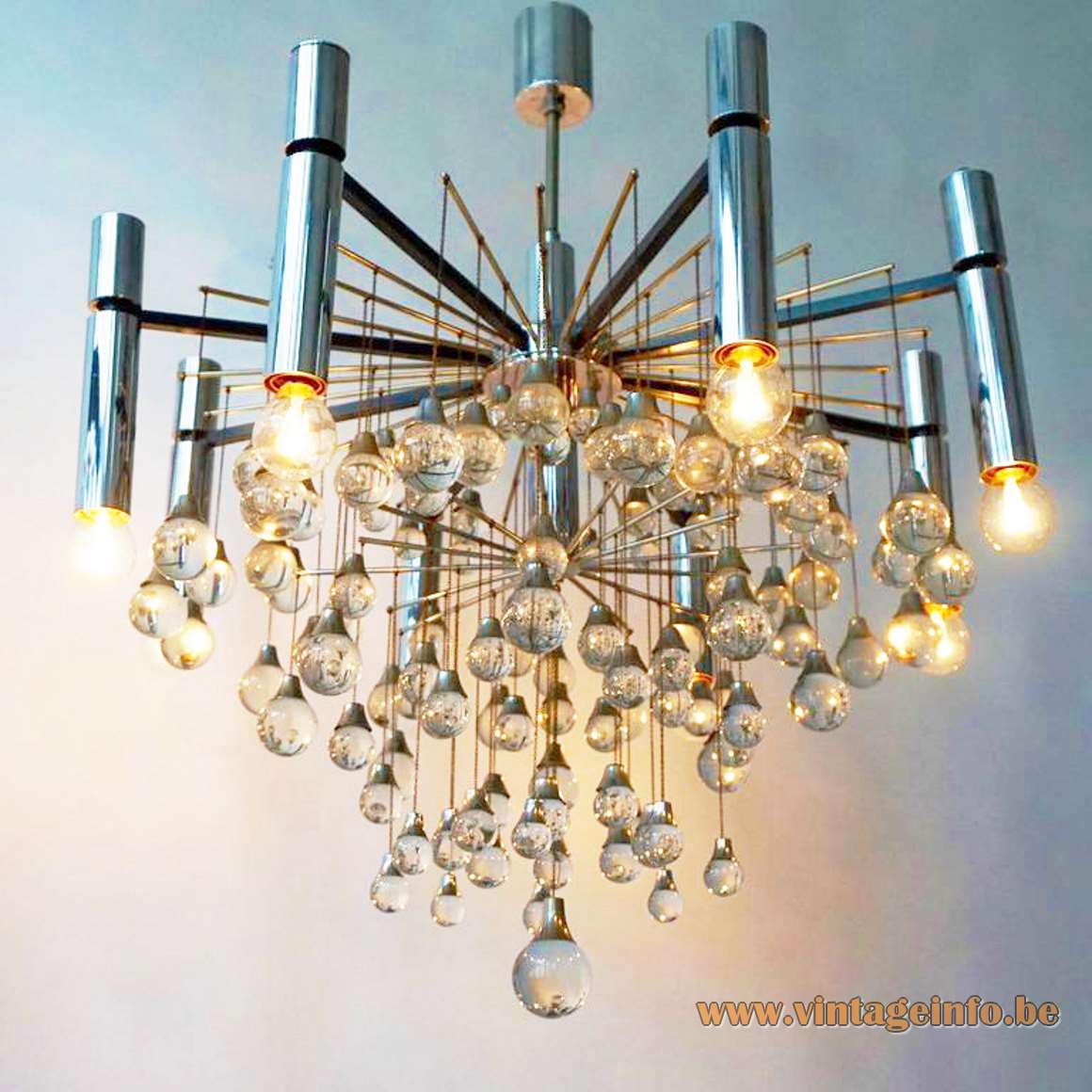 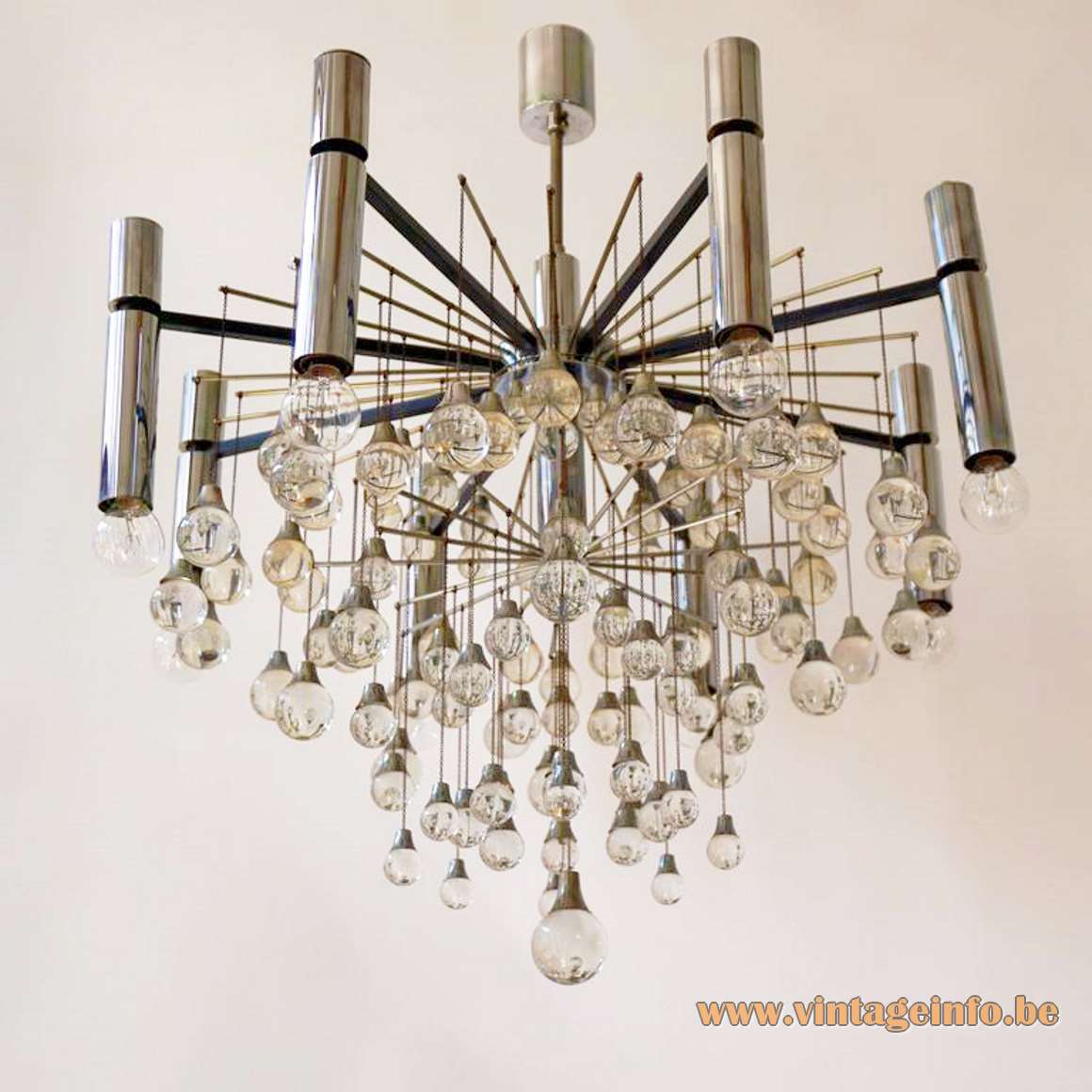 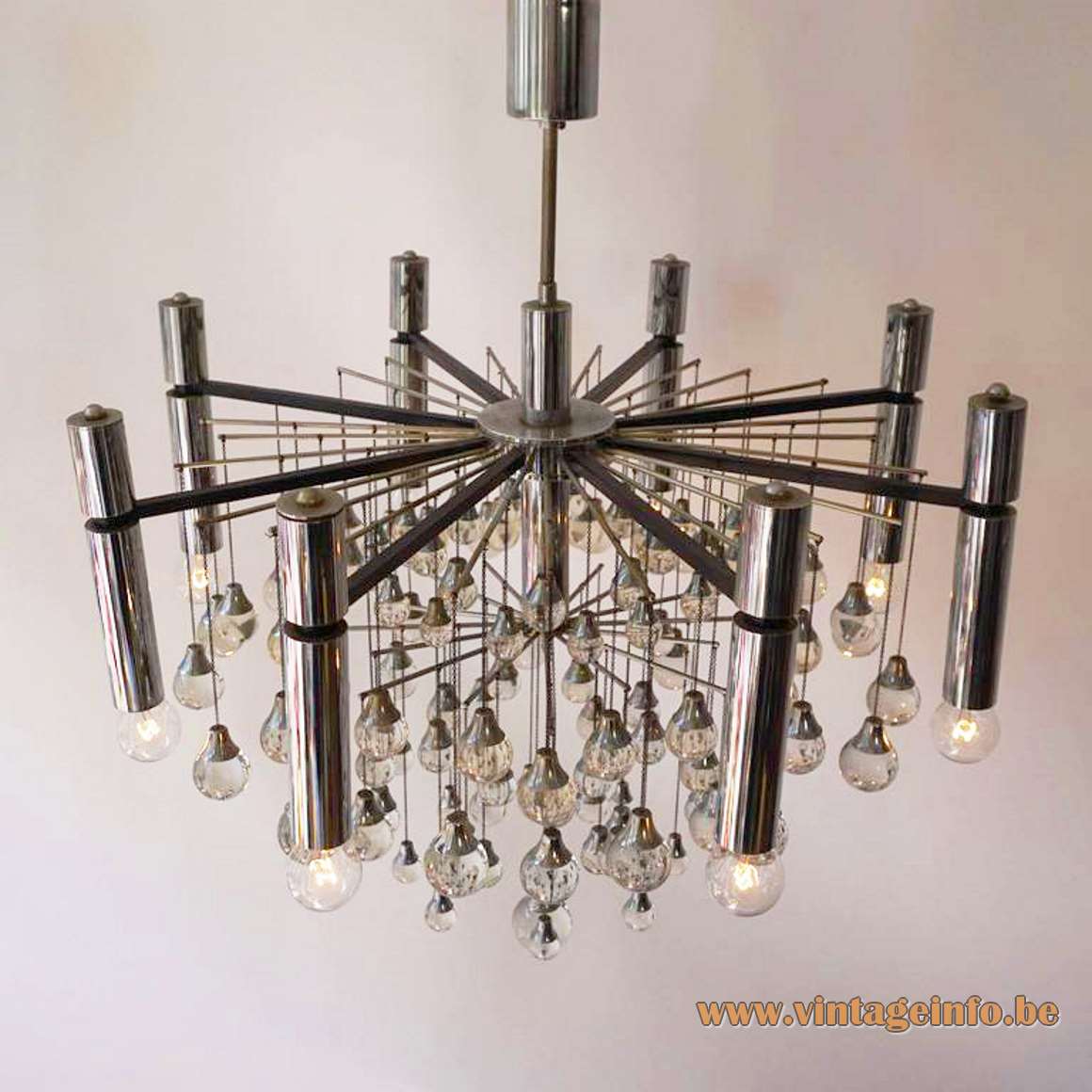 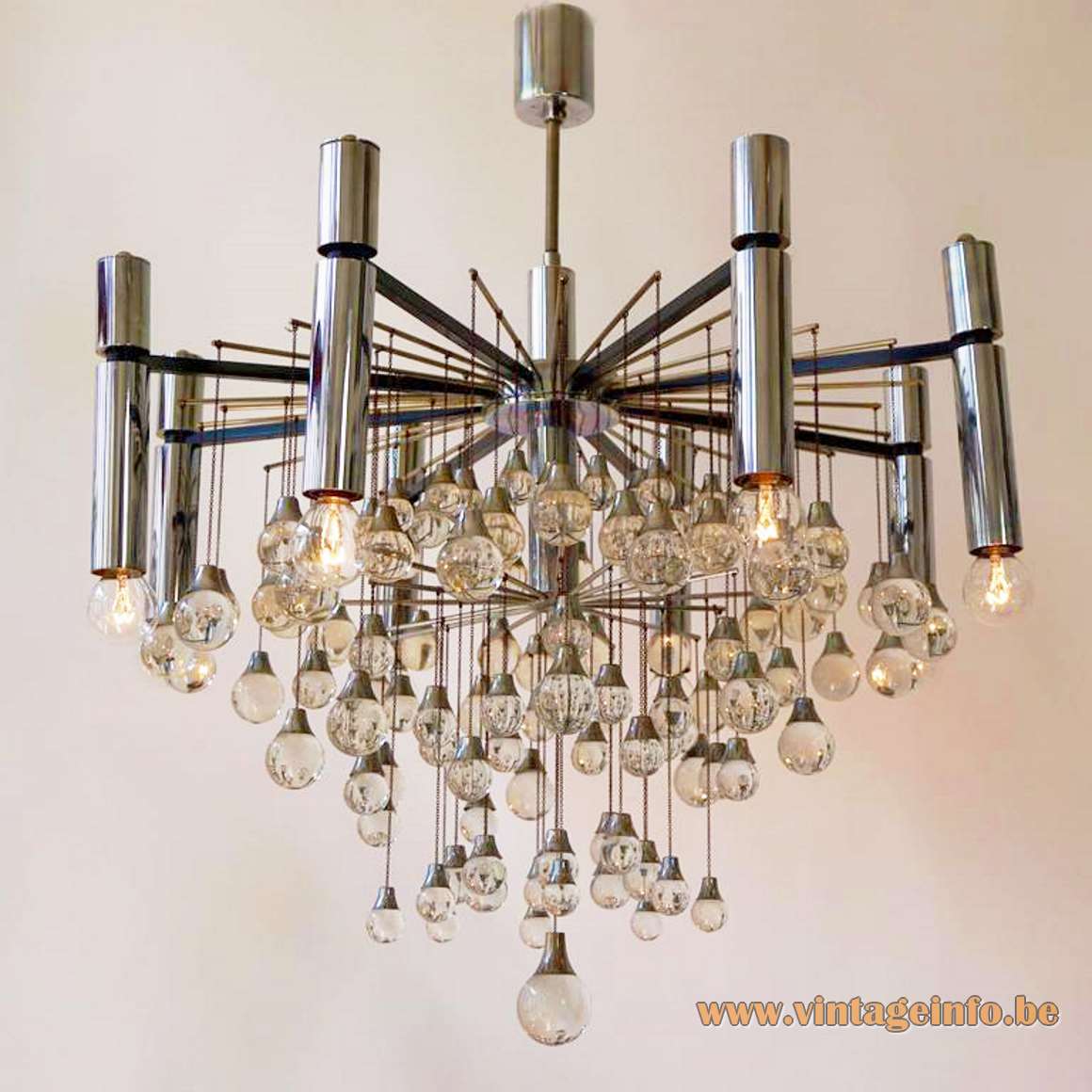 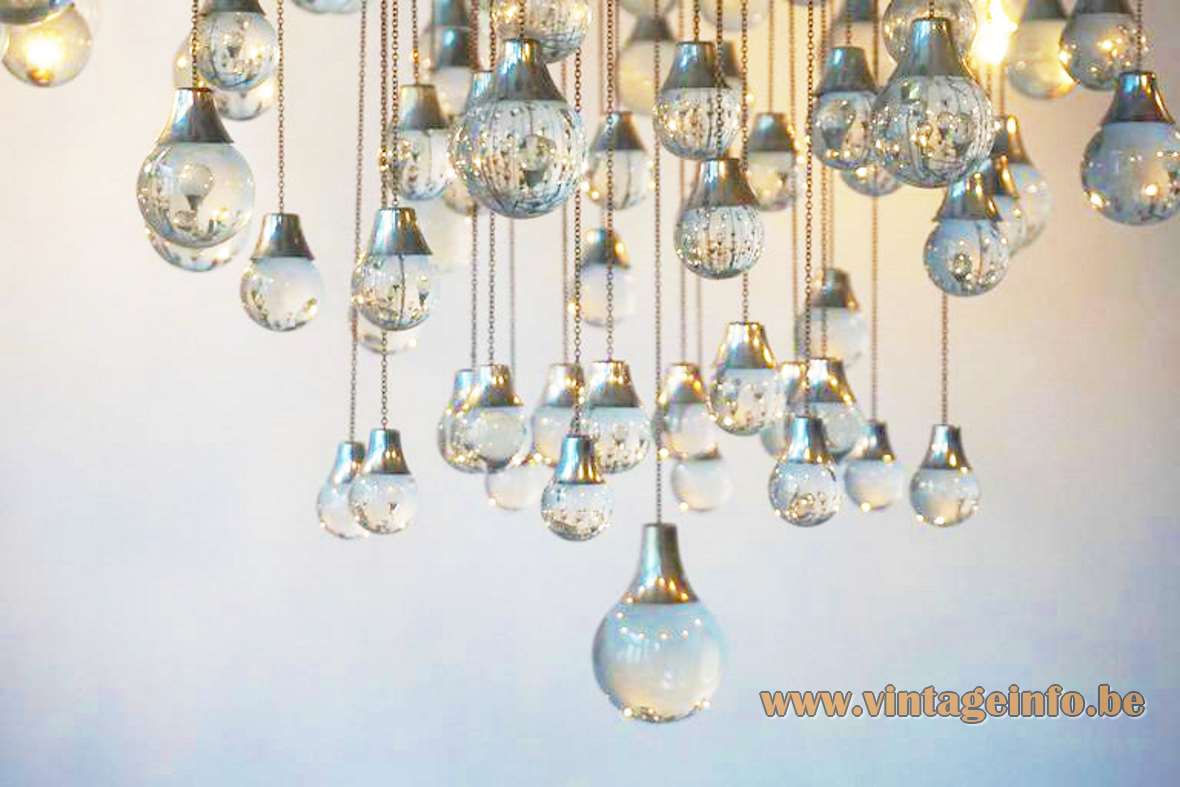 Other versions: This Gaetano Sciolari crystal drops chandelier exists in several versions. The glass drops were used for several different chandeliers and wall lamps. They were also produced by Sciolari Illuminazione.

His first designs in the late 1950s were Sputnik inspired chandeliers such as this one; of course it was the space age.