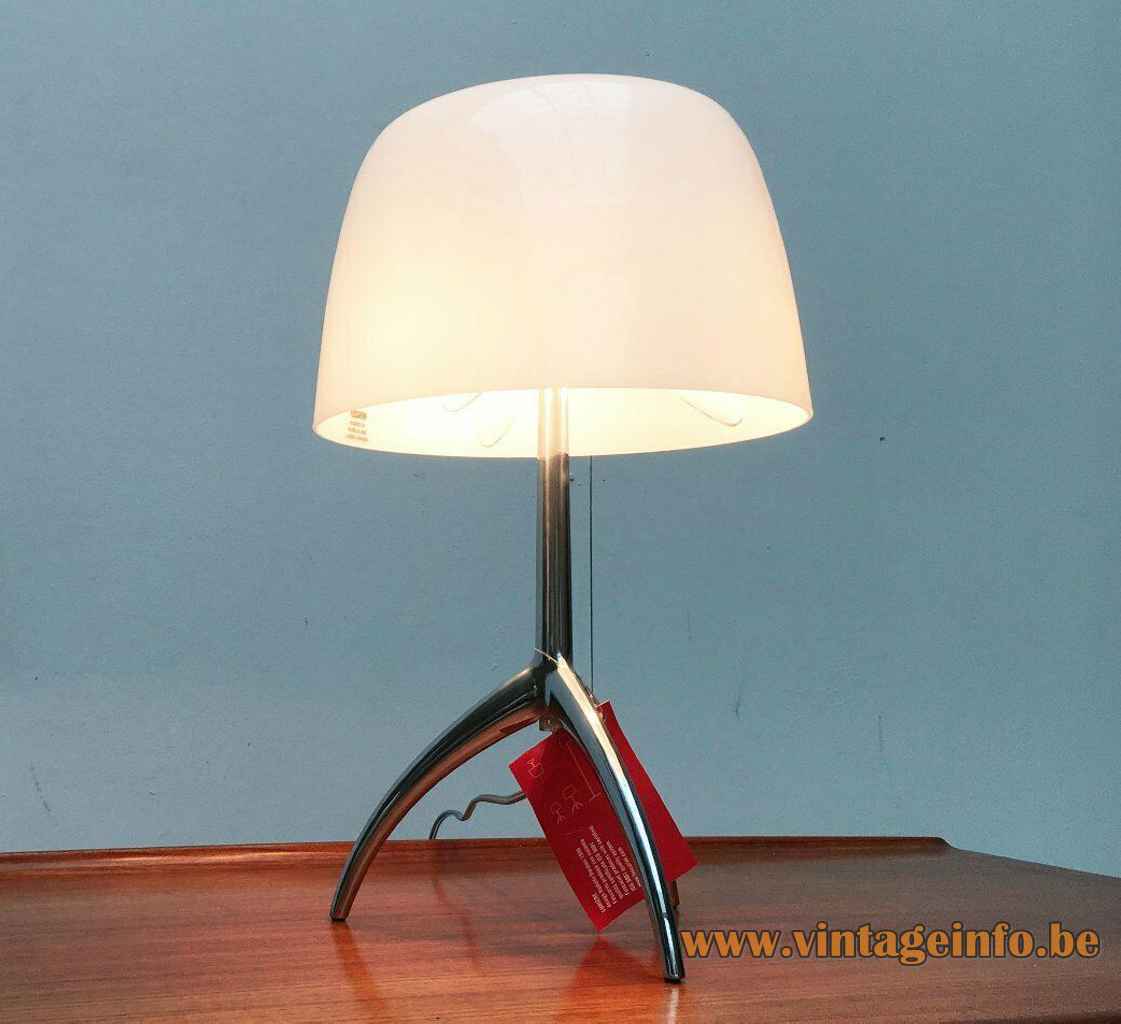 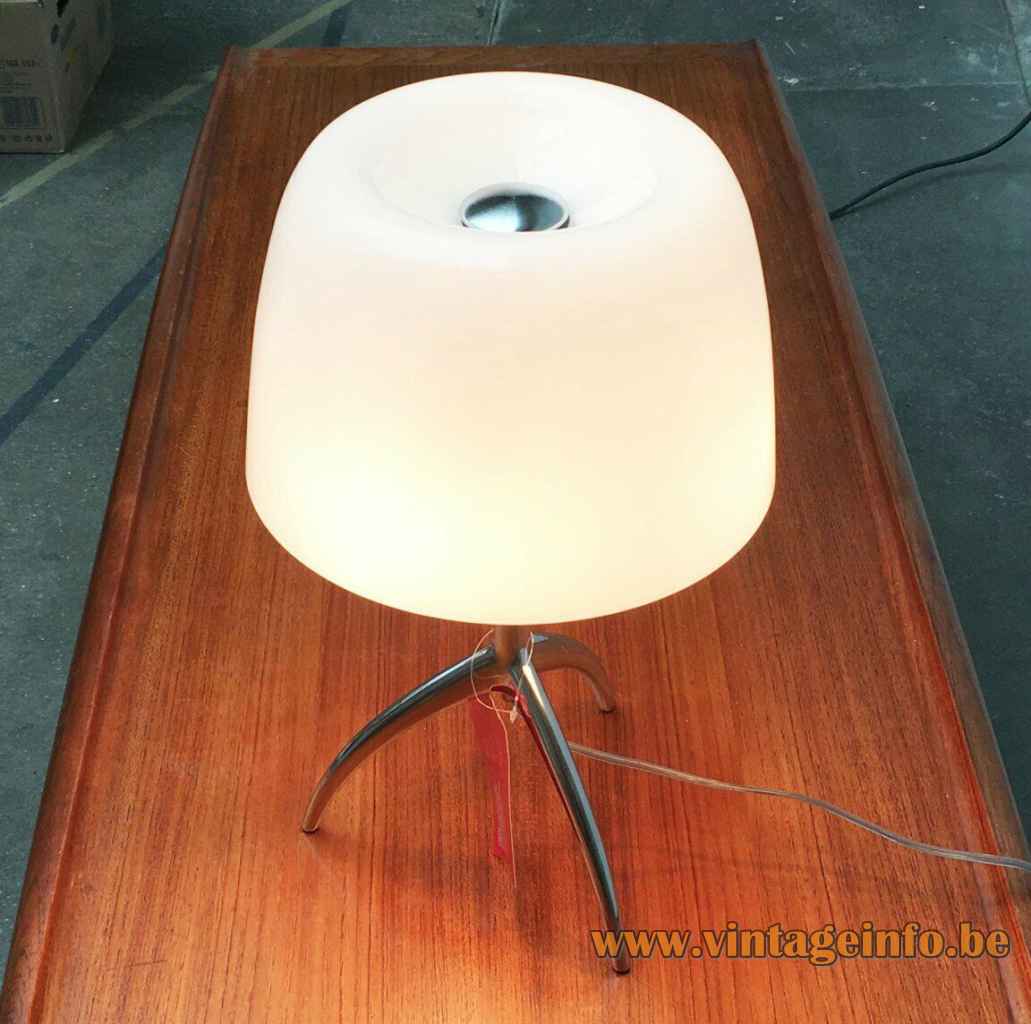 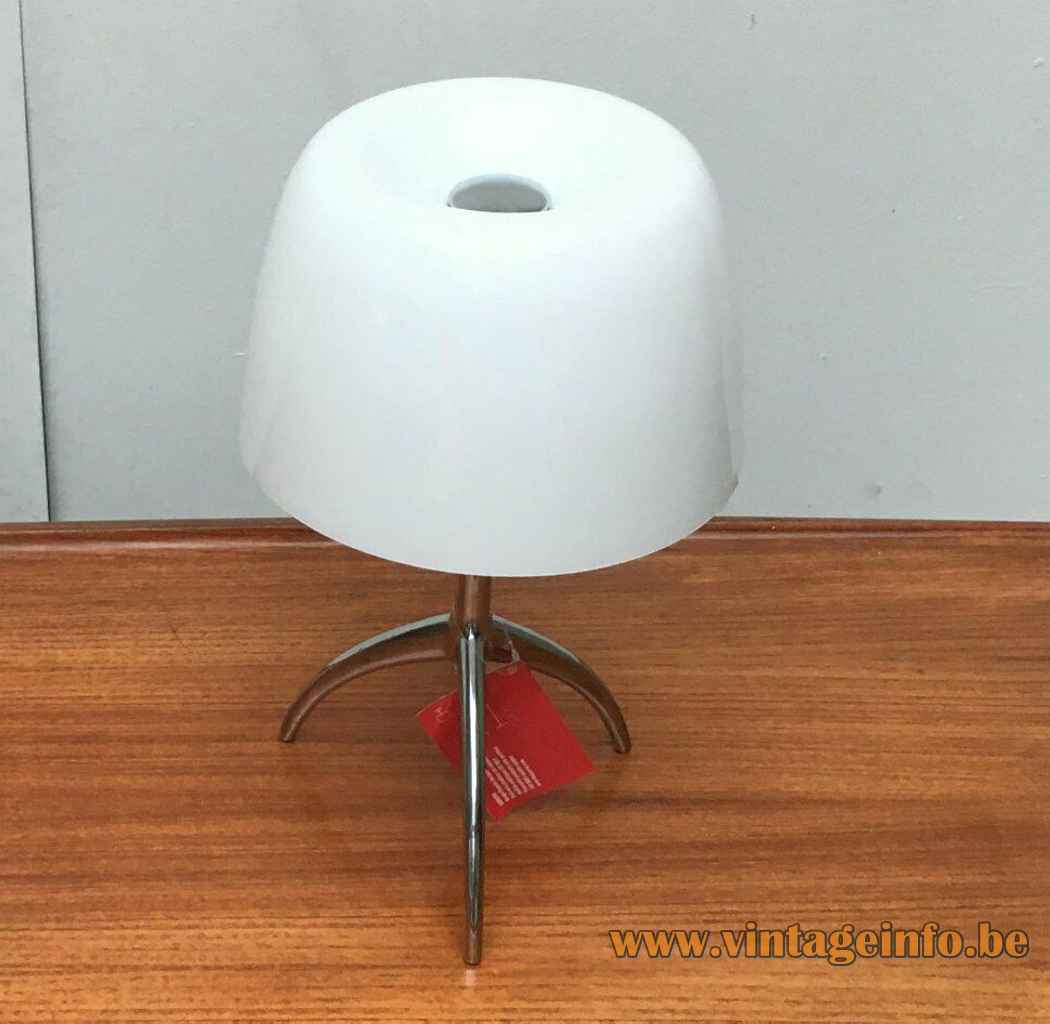 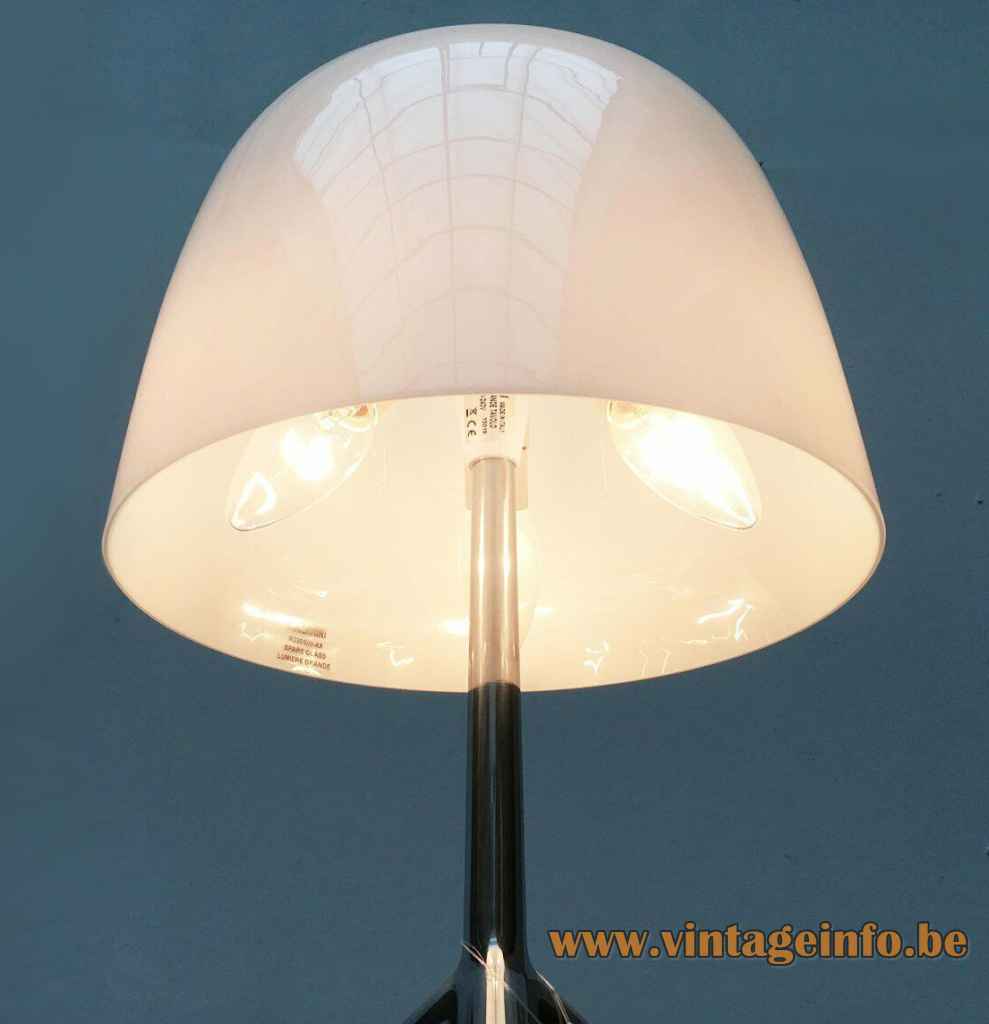 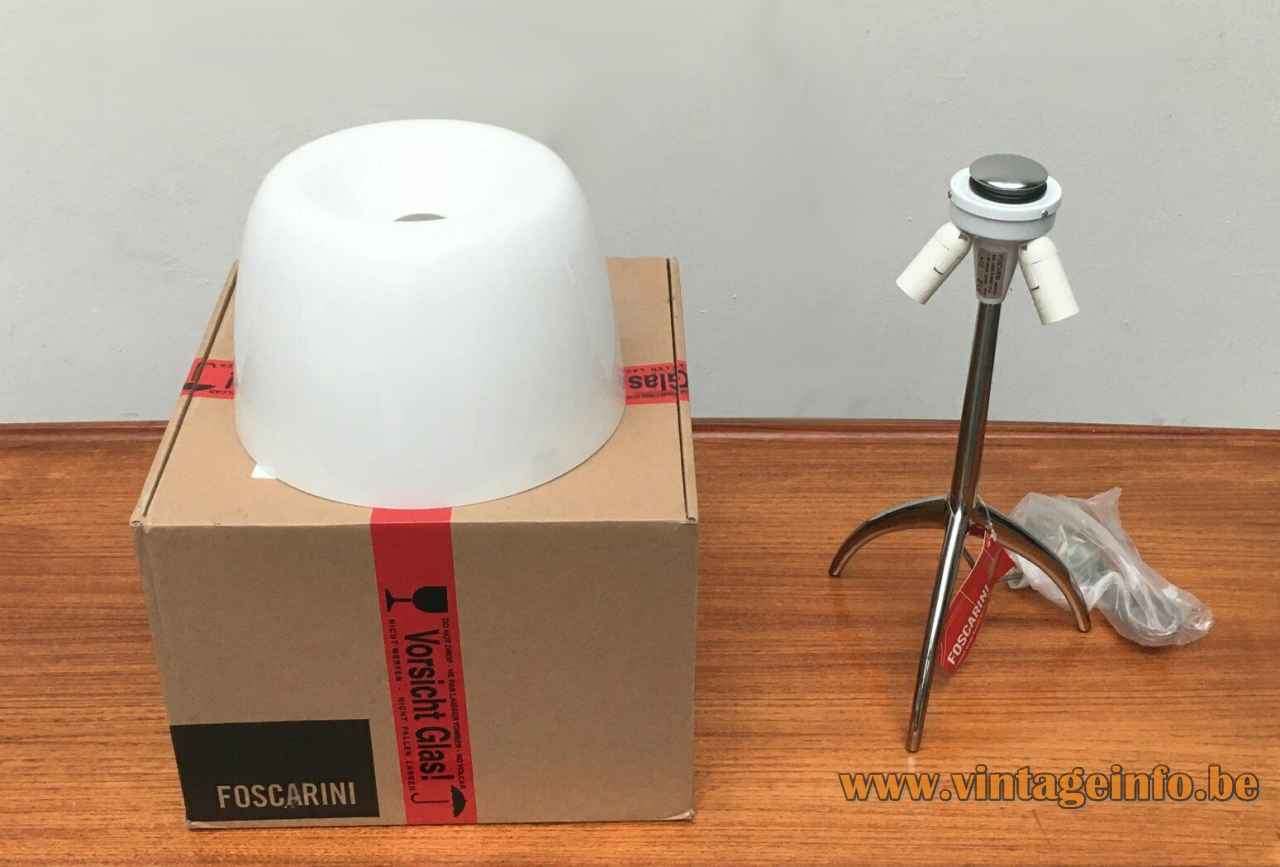 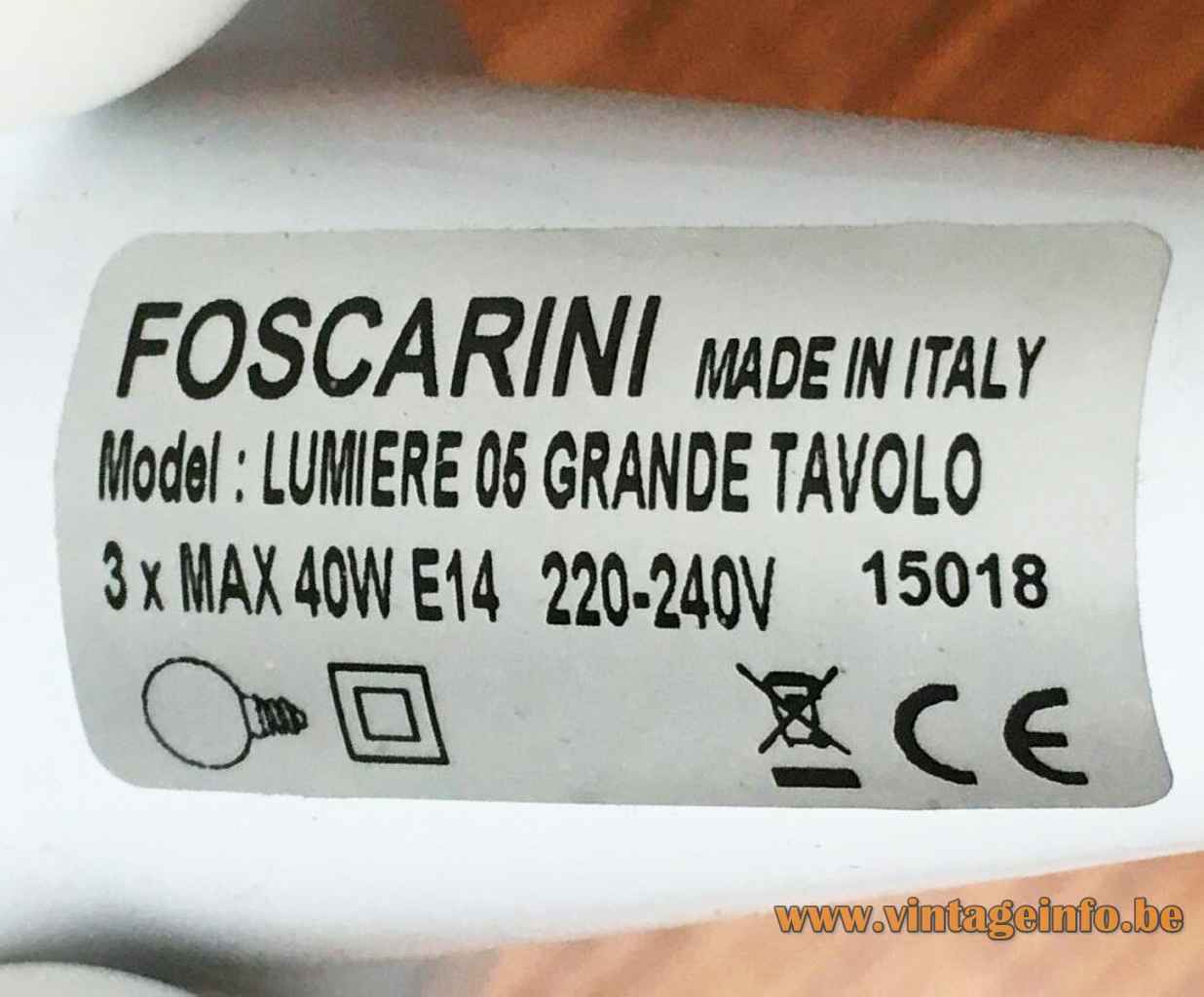 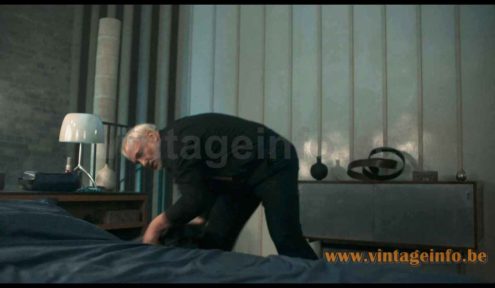 A Foscarini Lumiere Grande table lamp was used as a prop in the 2018 British detective series Marcella, when 2 people walk past a vintage design store. Starring Anna Friel, Nicholas Pinnock and Ray Panthaki. Here in episode 5 from season 2. 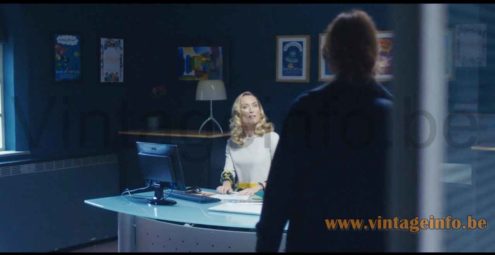 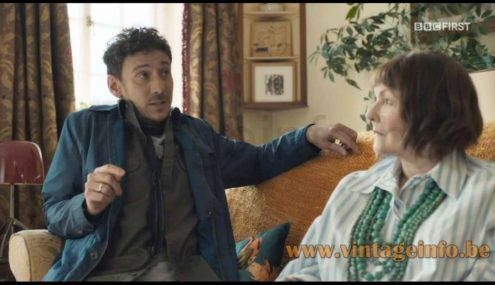 Other versions: The Foscarini Lumiere Grande table lamp exists in several colours and sizes. Also a wall lamp and floor lamp exists. Several different lampshades exists. Produced with or without dimmer. Special versions were made over the years. These lamps are still in production, they are one of the bestsellers of the company. Since around 2010 they are made with 48WattG9 LED bulbs.

The full name of this model is Foscarini Lumiere 05 Grande Tavolo, as labeled.

Rodolfo Dordoni was born in Milan, Italy in 1954. He studied architecture at the Politechnic University in Milan where he graduated in 1979.

After graduating he worked for architectural firms and developed further as an architect, interior designer and product designer.

He designed lighting for Arteluce, Artemide, FLOS, FontanaArte, Kartell, Venini and several others.

Dordoni Architetti, a studio Rodolfo Dordoni founded in Milan together with Luca Zaniboni and Alessandro Acerbi. It is currently made up of a team of about twenty architects and designers.

The Dordoni Architetti studio deals with architectural and interior design, in particular by carrying out projects in the residential and commercial areas, for work spaces such as offices and showrooms, for the exhibition sector as well as for the hotel and nautical sectors.

The Italian Foscarini company was founded in 1981 in Murano. They started with lighting for the contract sector. In 1983 the first catalogue op design lamps appeared. The first external designers, Adam Tihany and Joseph Mancini started in 1985. Carlo Urbinati and Allesandro Vecchiato entered the firm as designers in 1988 and became the new owners.

Rodolfo Dordoni designed the Lumiere table lamp in 1990. It was the first big succes for the company. The complete history of the company can be found on their website. 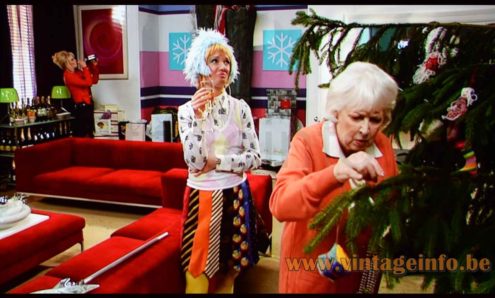 A Foscarini Lumiere Grande table lamp was used as a prop in the 2008 British TV series Wallander. Here in season 1, episode 1. Starring Kenneth Branagh, Sarah Smart and Tom Hiddleston. Many other lamps appear in this series. 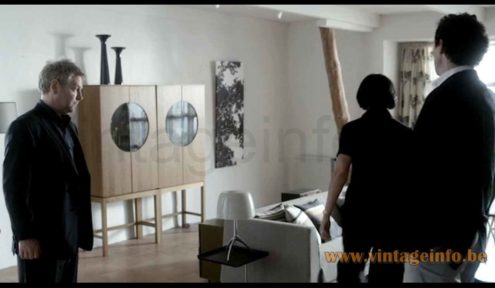 A Foscarini Lumiere Grande table lamp was used as a prop in the French TV series Dix Pour Cent (10%). English title: Call My Agent. In this episode, season 2, episode 5 from 2017, the guest star is Guy Marchand. 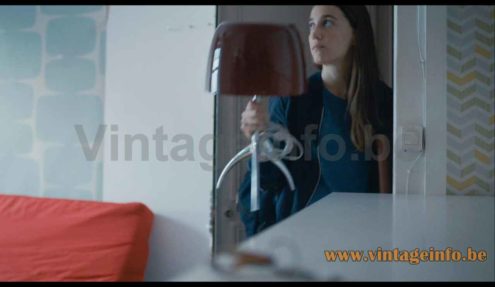 Other lamps in the Killing Eve TV series

And Other lamps in the Dix Pour Cent TV series