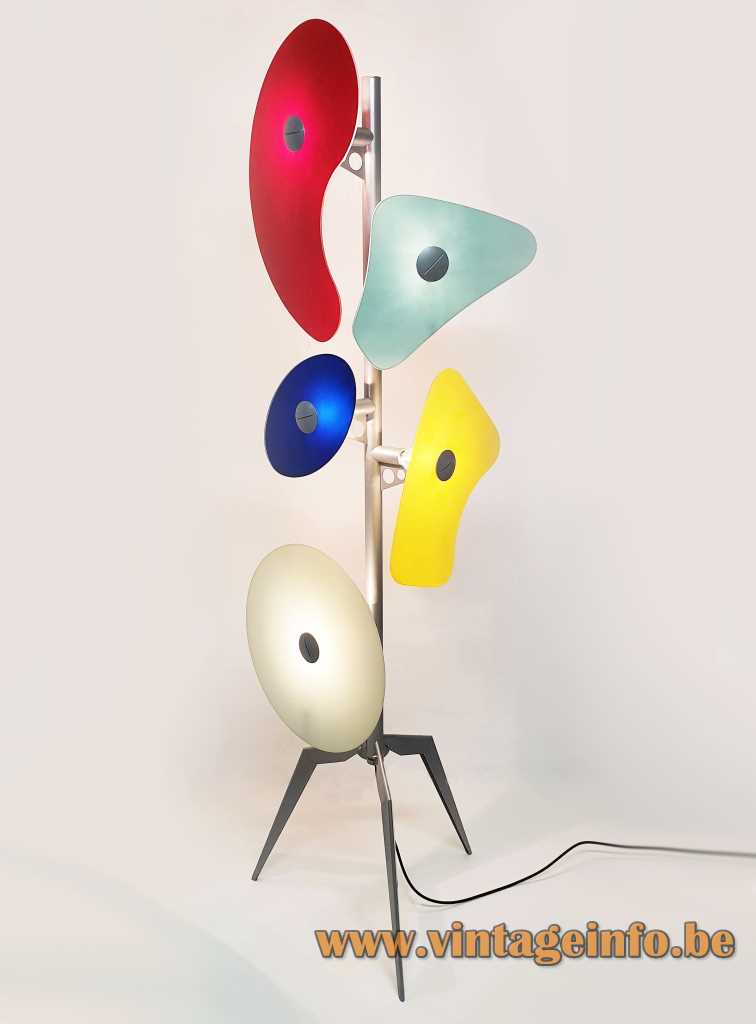 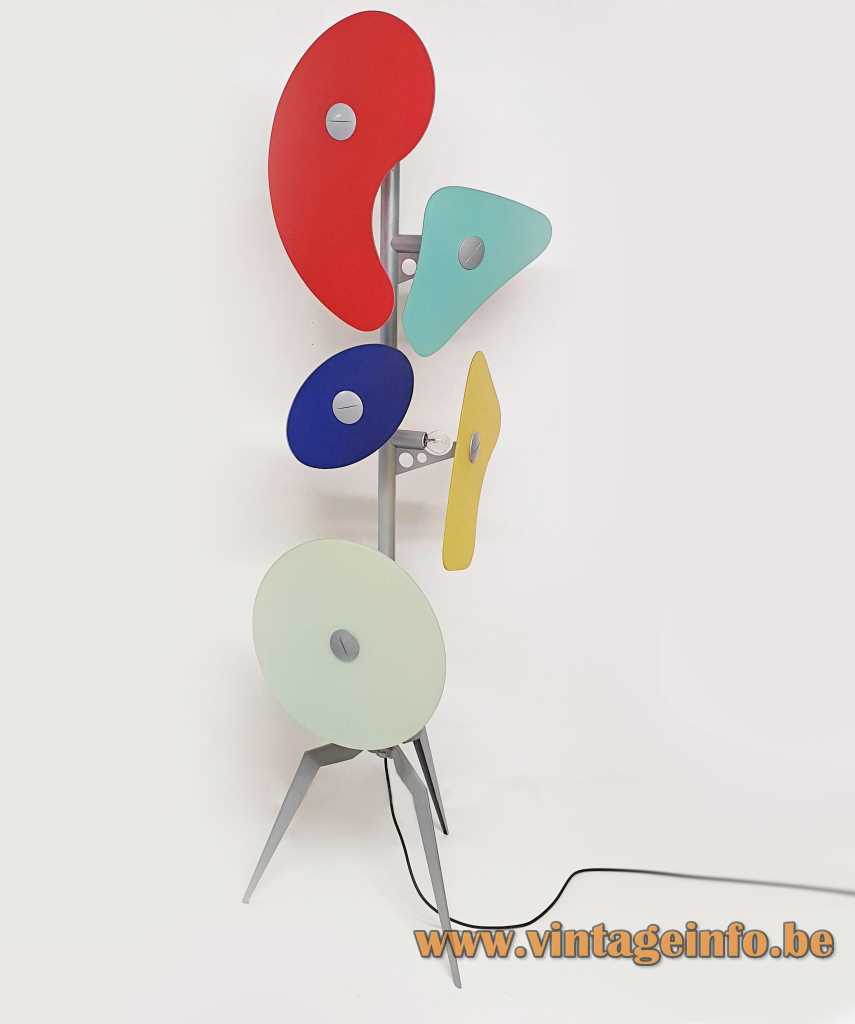 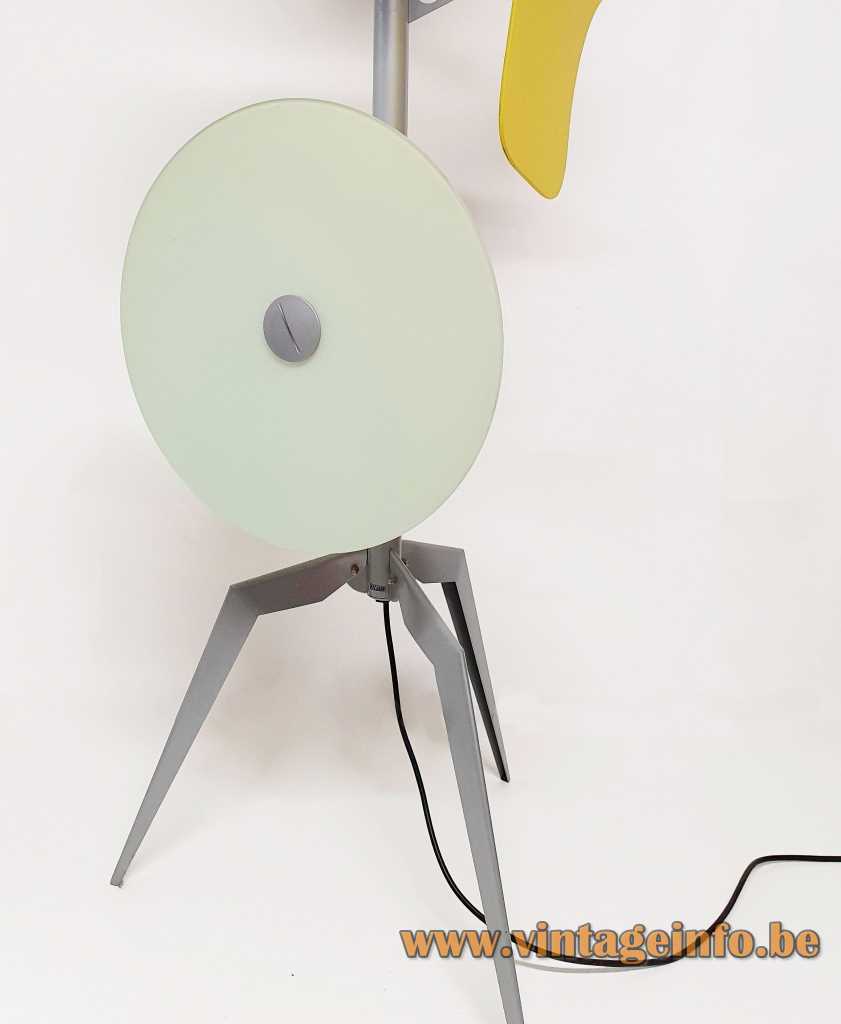 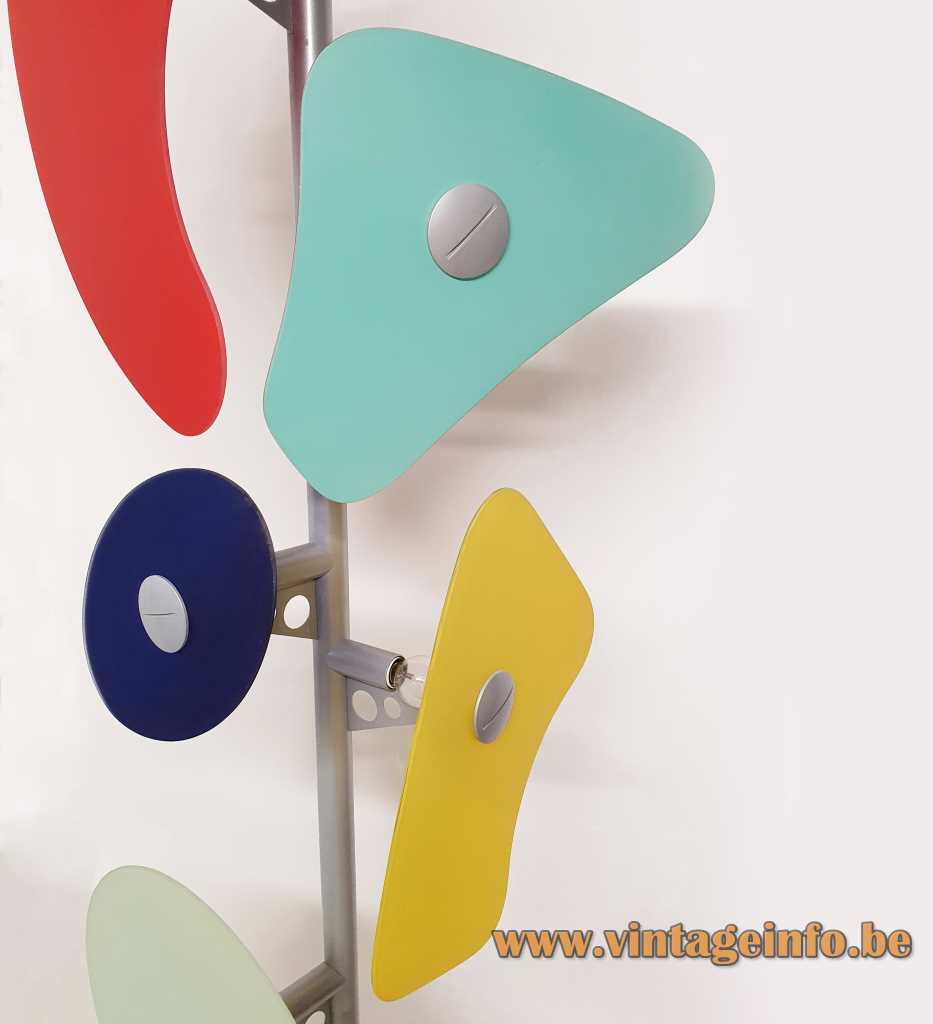 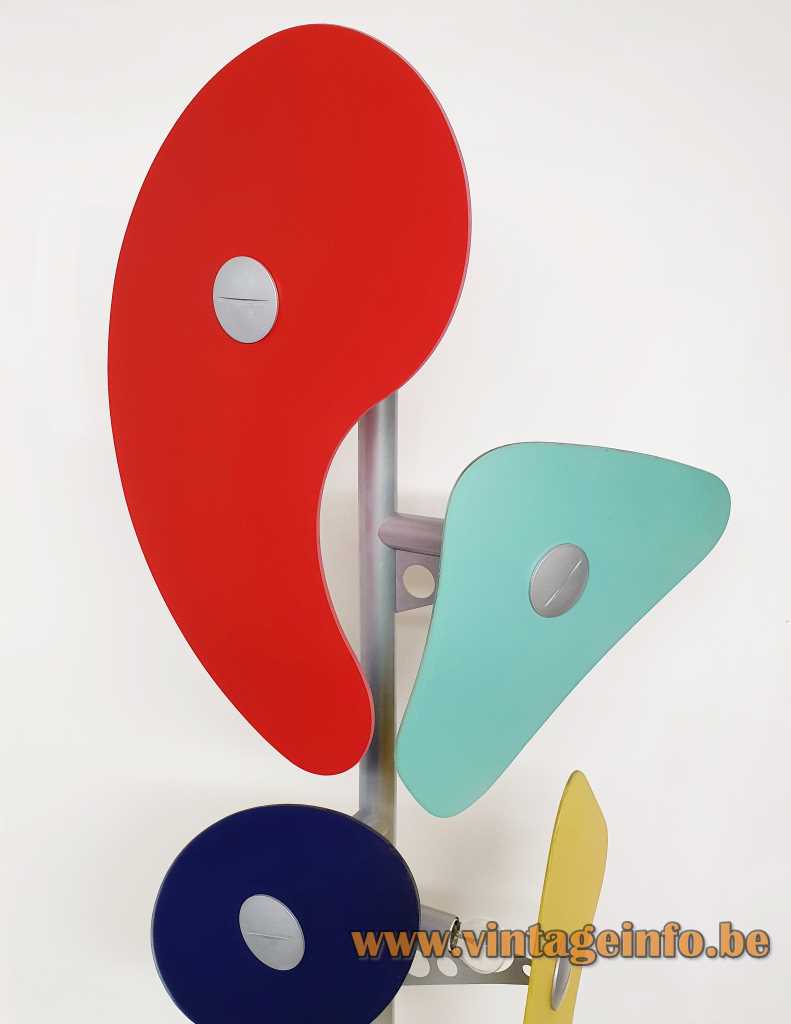 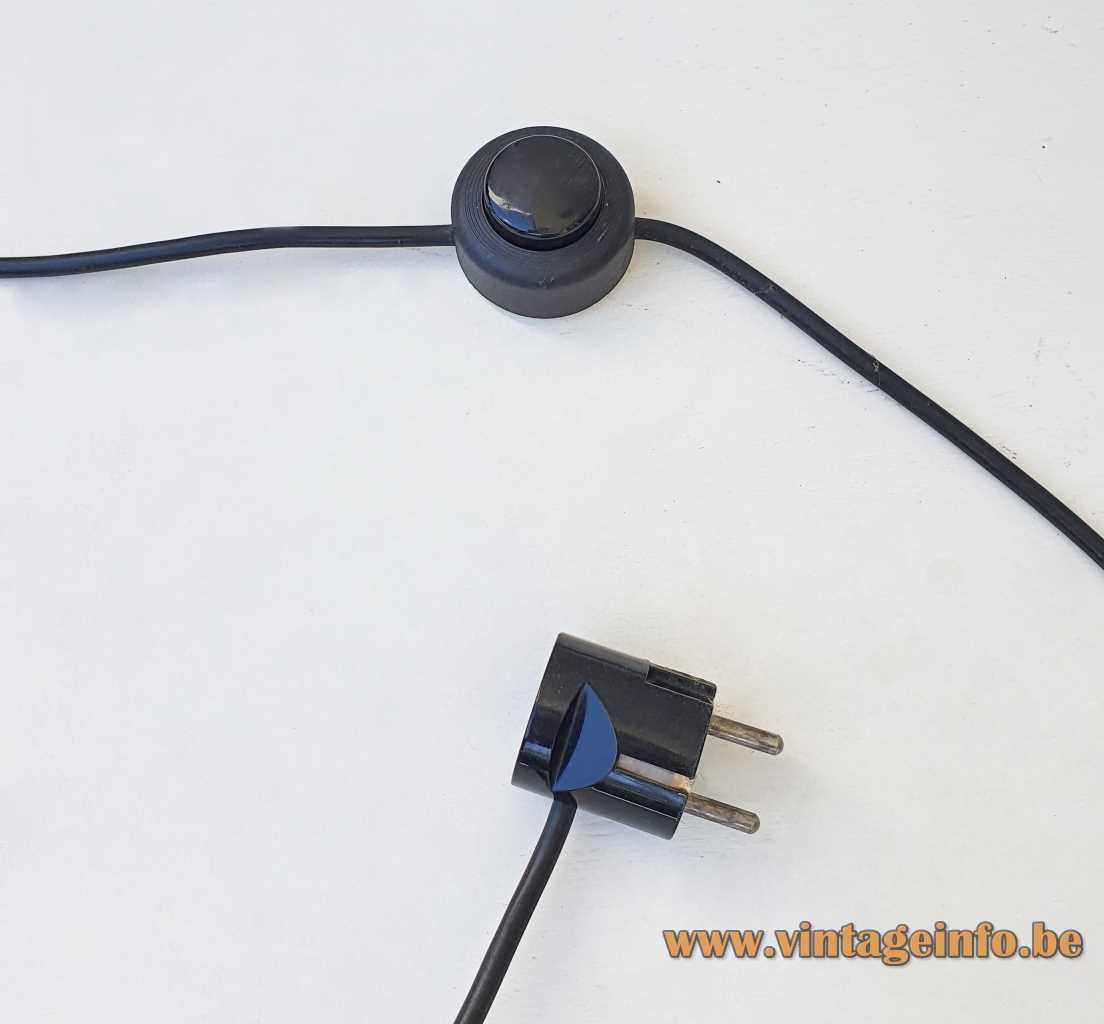 Other versions: The Foscarini Orbital floor lamp also exists in white. The 5 lampshades were also made as 5 wall lamps. They are named Bit.

Pietro Ferruccio Laviani was born in Cremona, near Milan in Italy in 1960. His work mainly focuses on product design, interior design, art direction and graphics. Since 1991, he is the Art Director for Kartell.

The Italian Foscarini company was founded in 1981 in Murano. They started with lighting for the contract sector. In 1983 the first catalogue op design lamps appeared. The first external designers, Adam Tihany and Joseph Mancini started in 1985. Carlo Urbinati and Allesandro Vecchiato entered the firm as designers in 1988 and became the new owners.

Rodolfo Dordoni designed the Lumiere table lamp in 1990. It was the first big succes for the company. The complete history of the company can be found on their website. 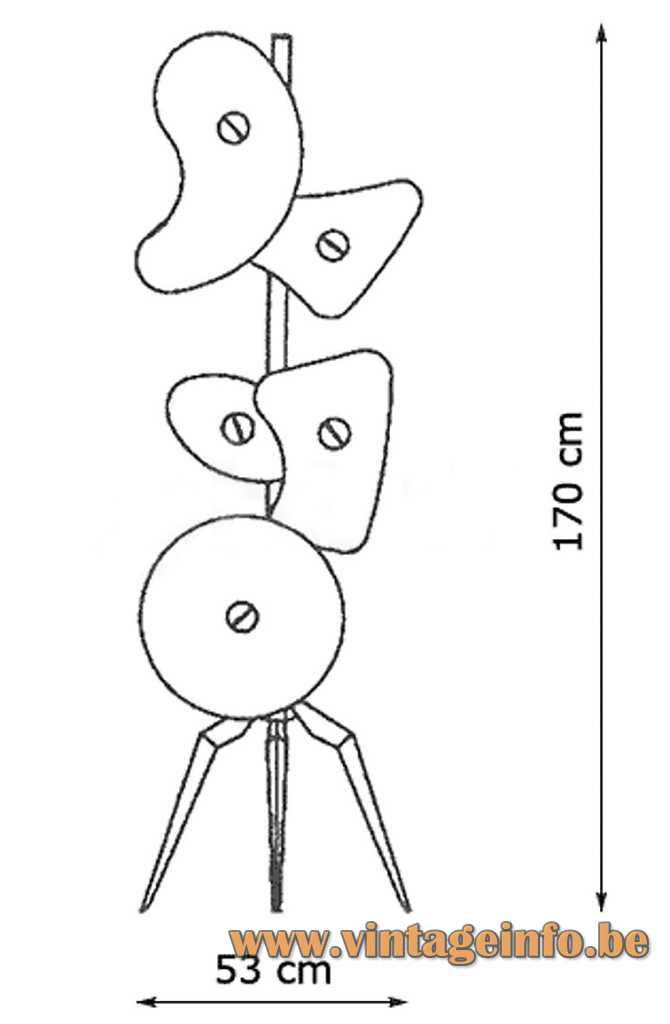