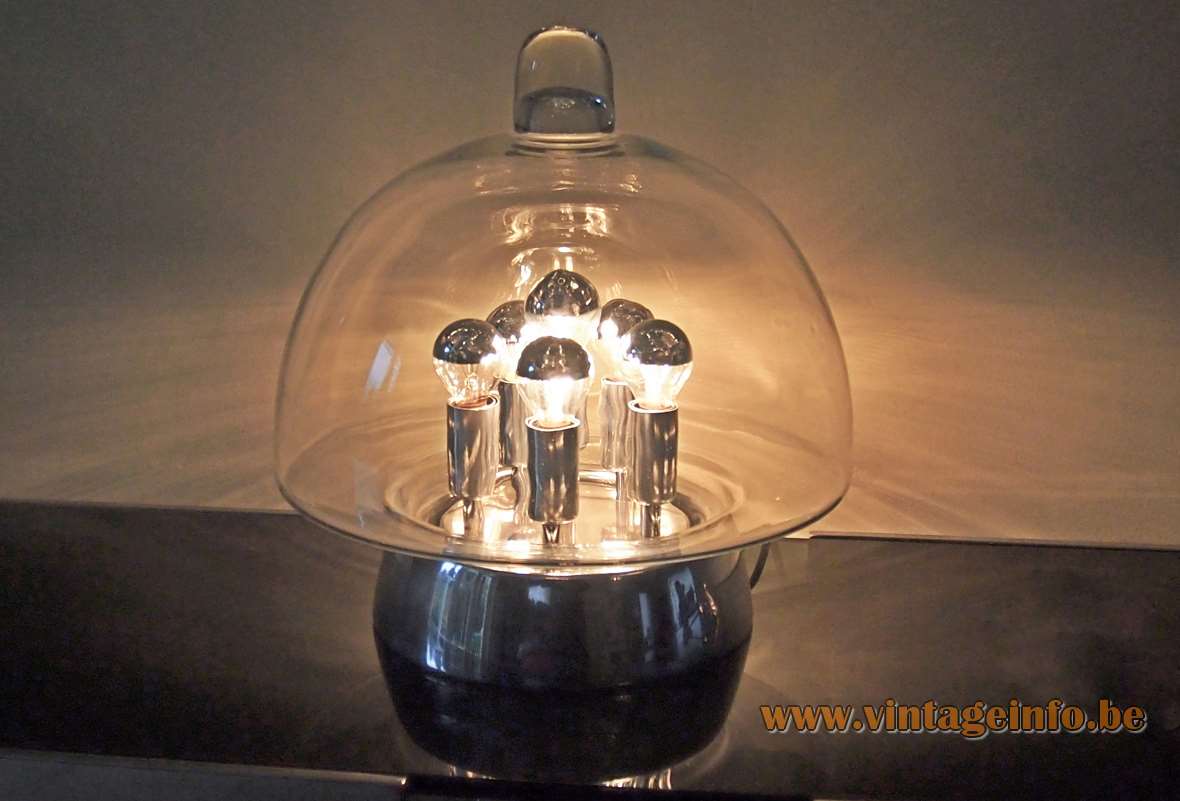 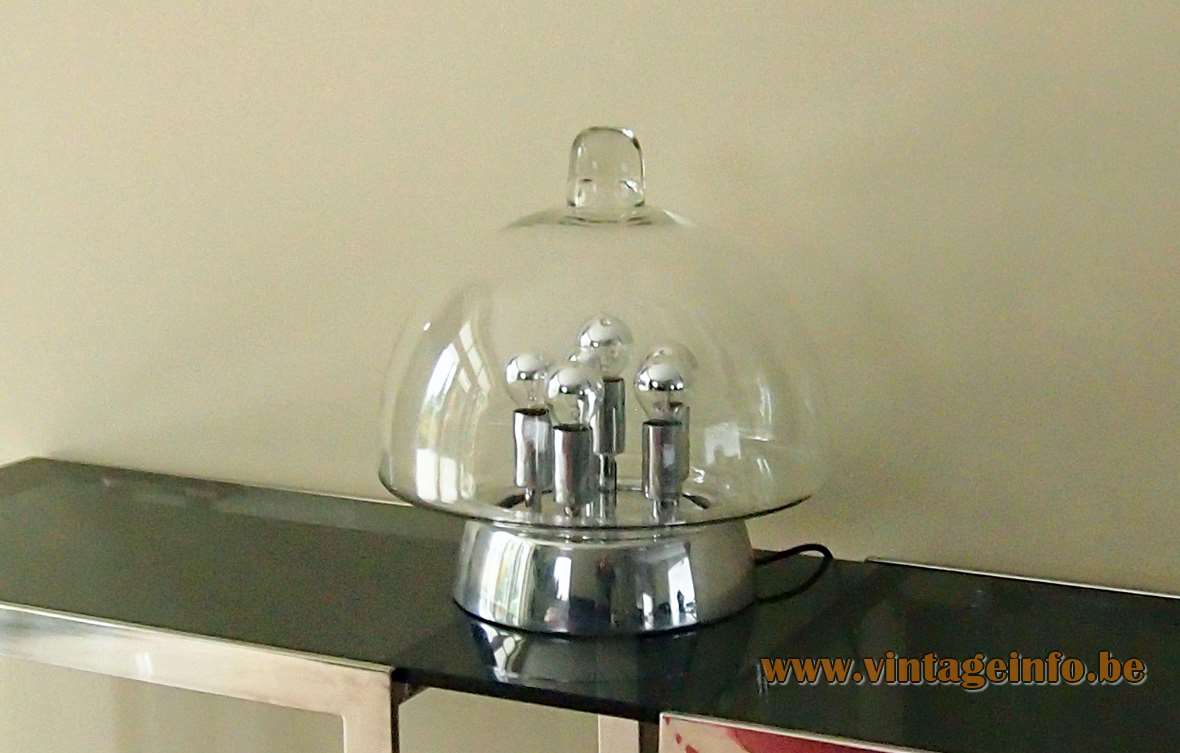 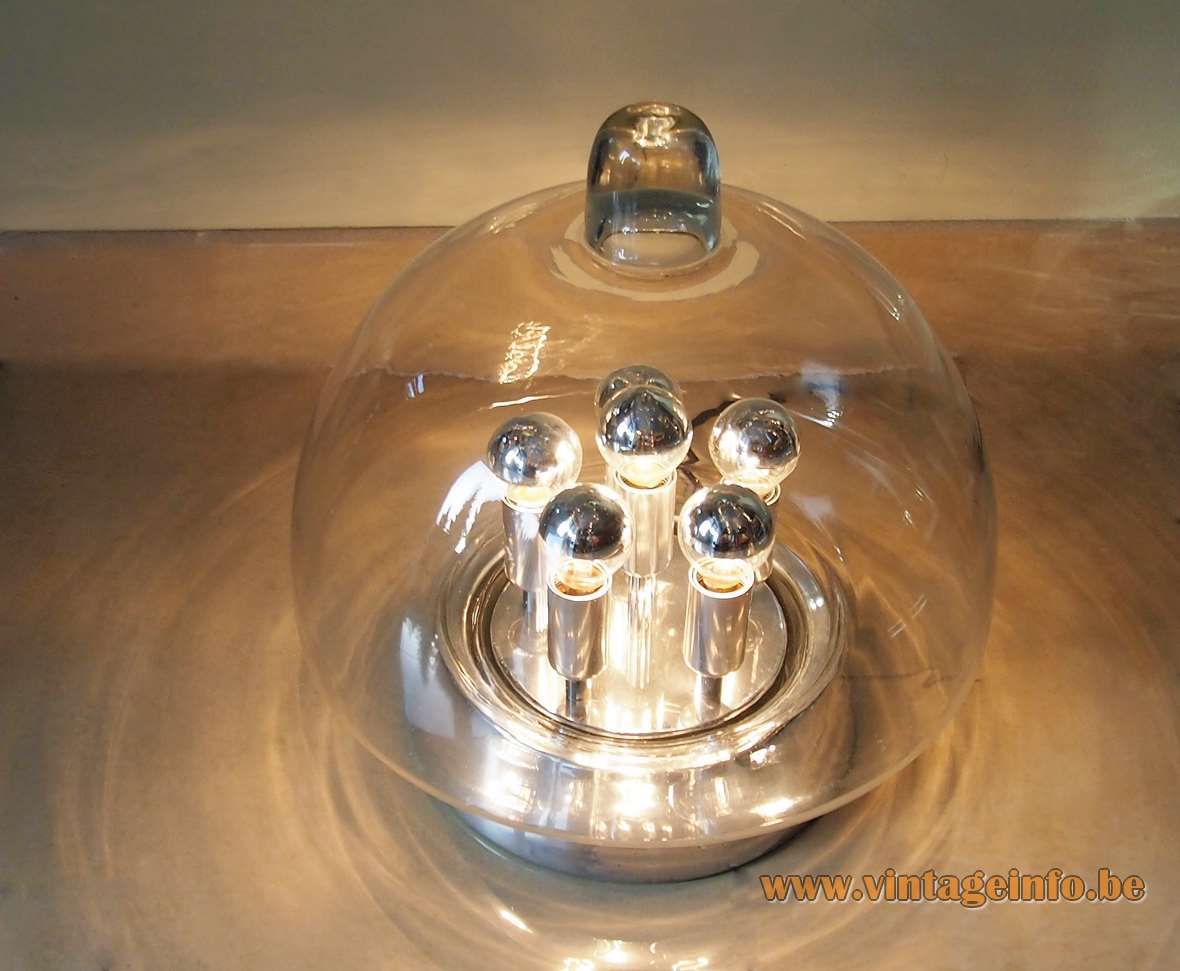 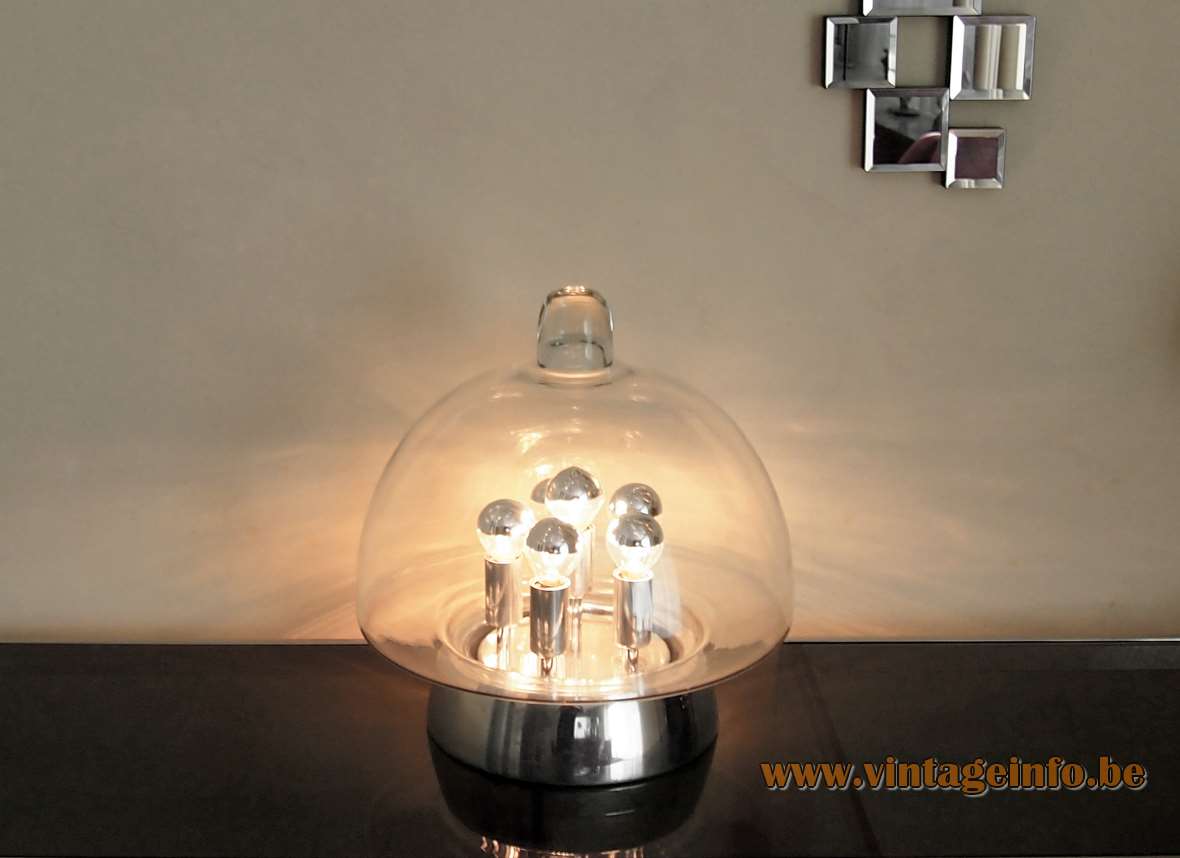 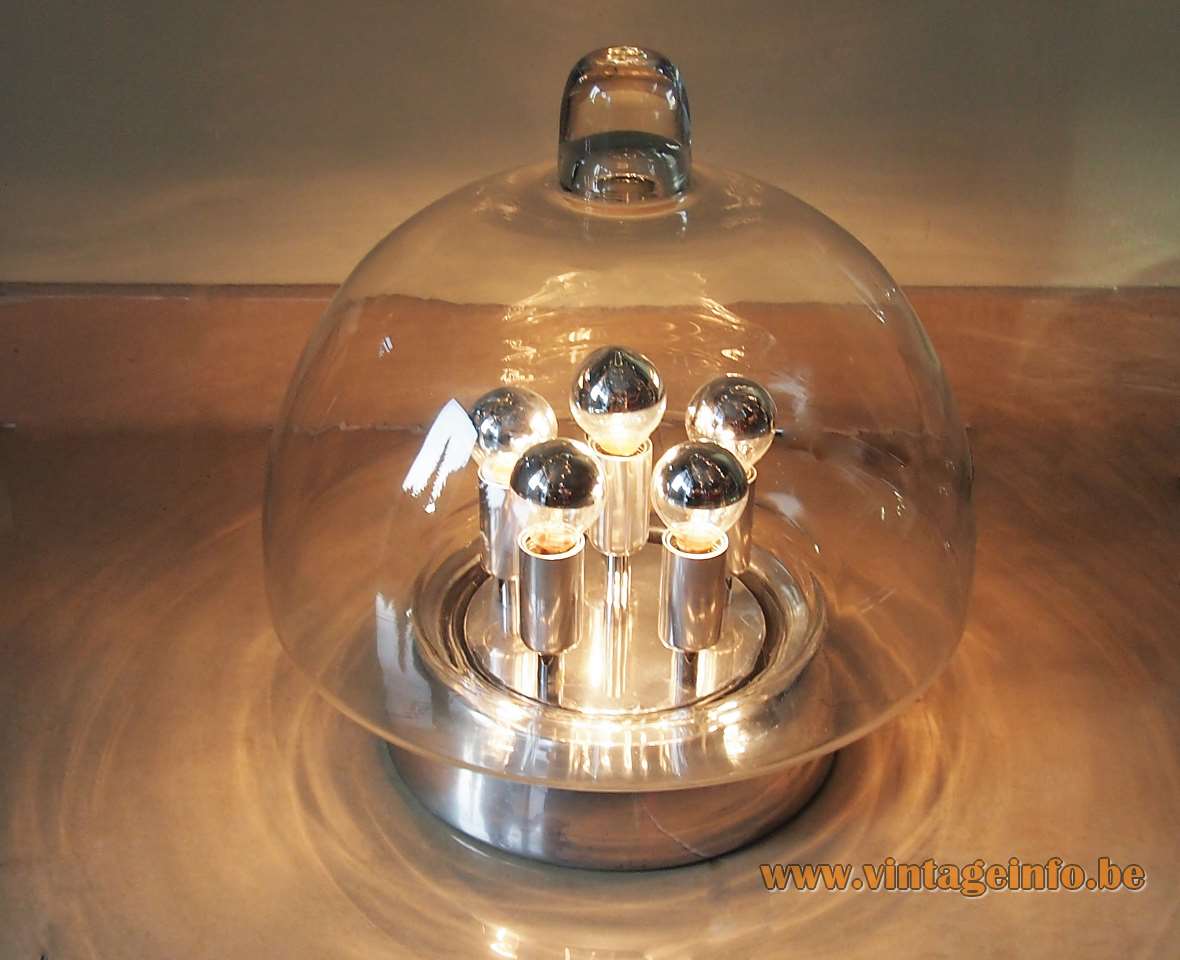 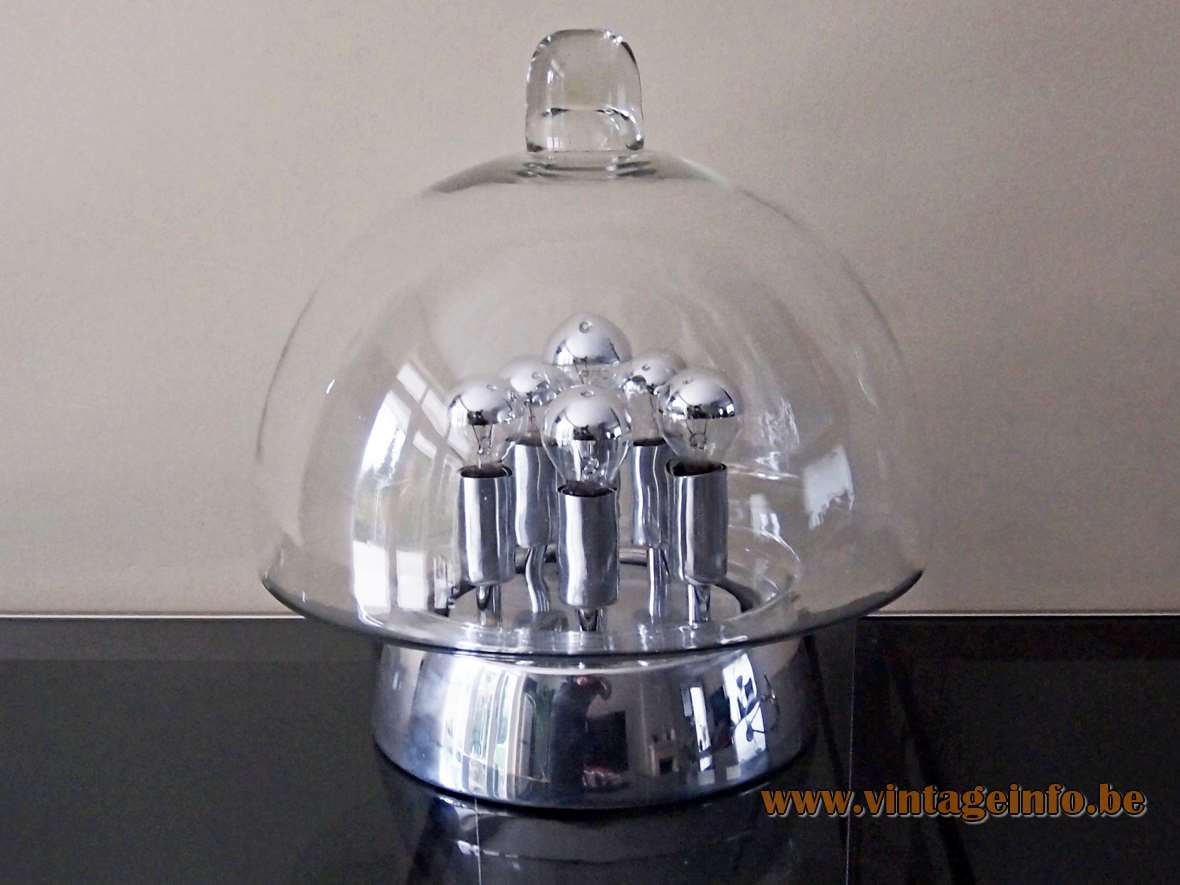 DORIA Sputnik Table Lamp – label on the base 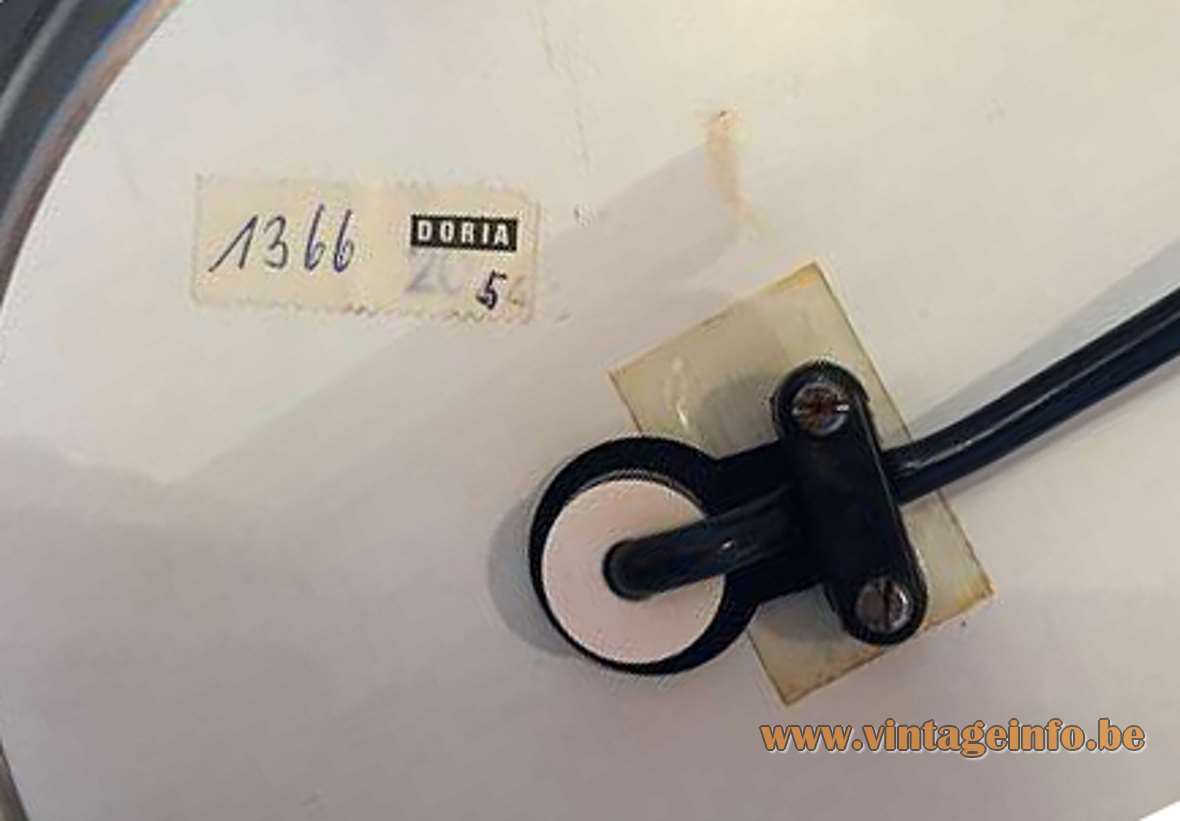 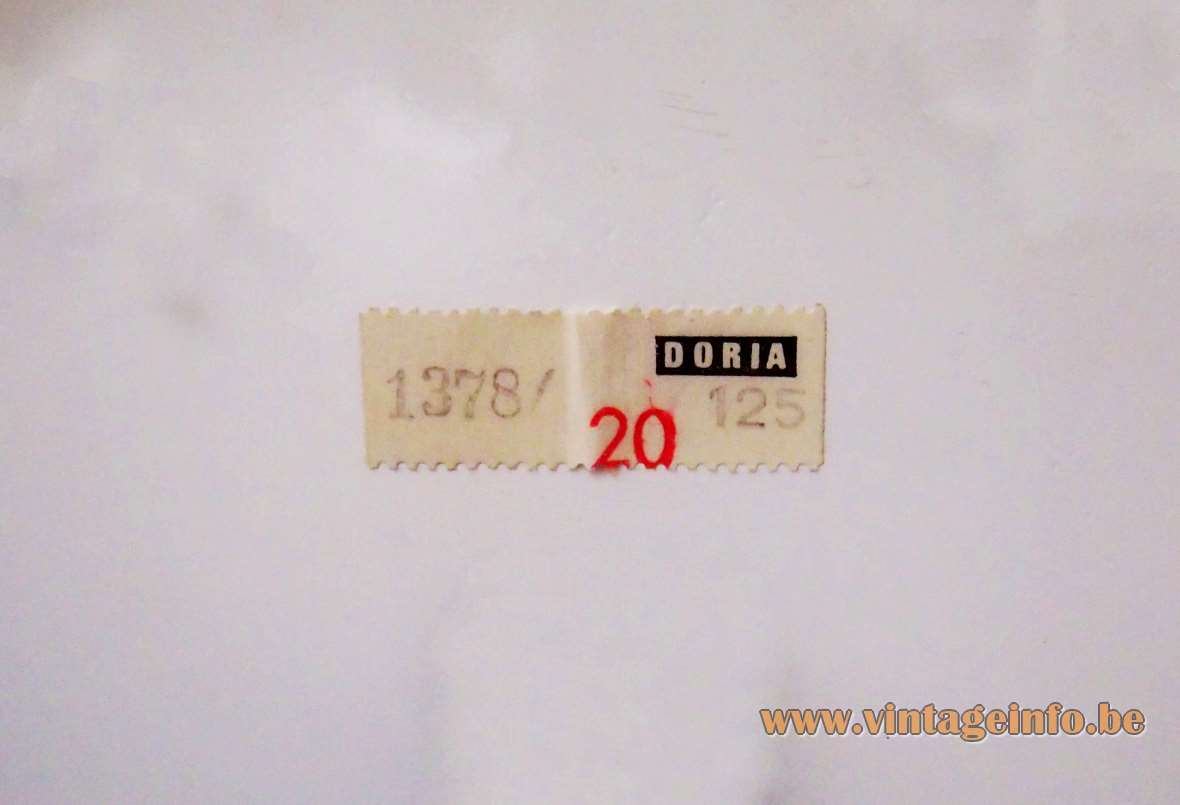 The Austrian invoice tells us that this table lamp was sold for +- 218 euro/dollar in 1976, included the silver cupped light bulbs. It is unclear if the deleted chandelier was included. 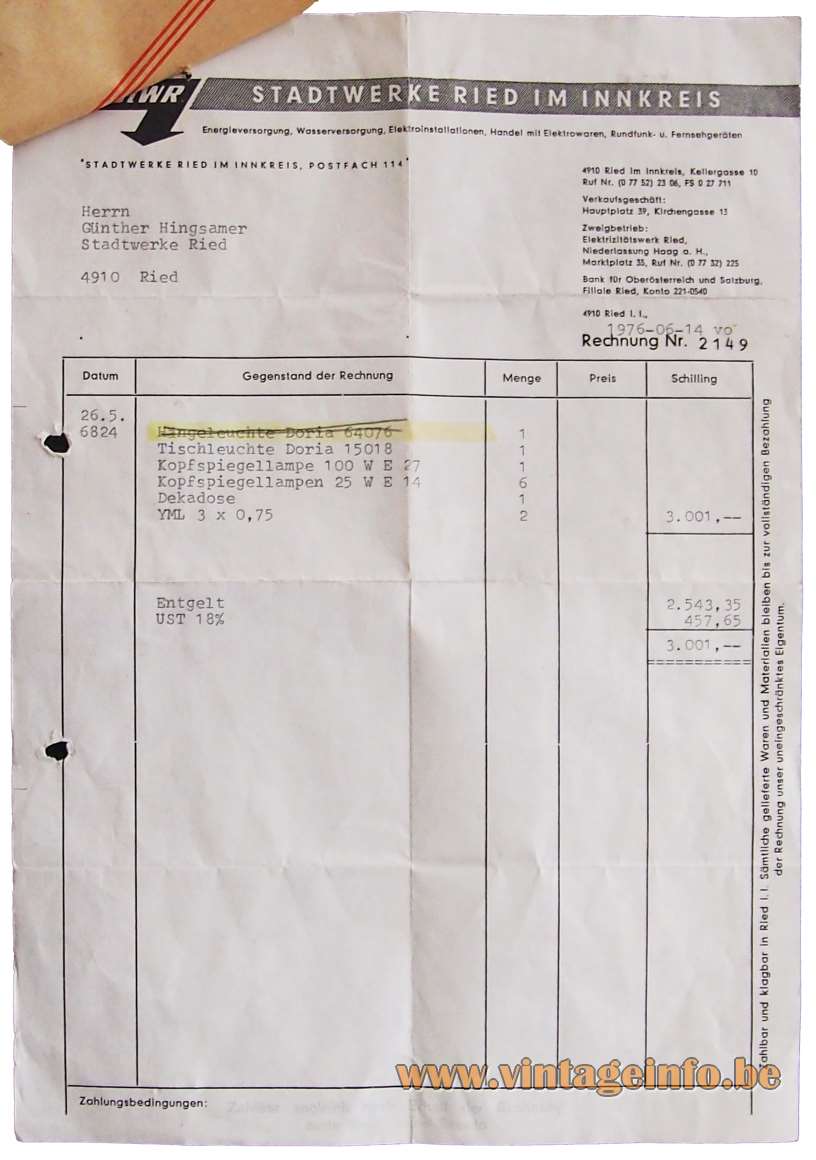