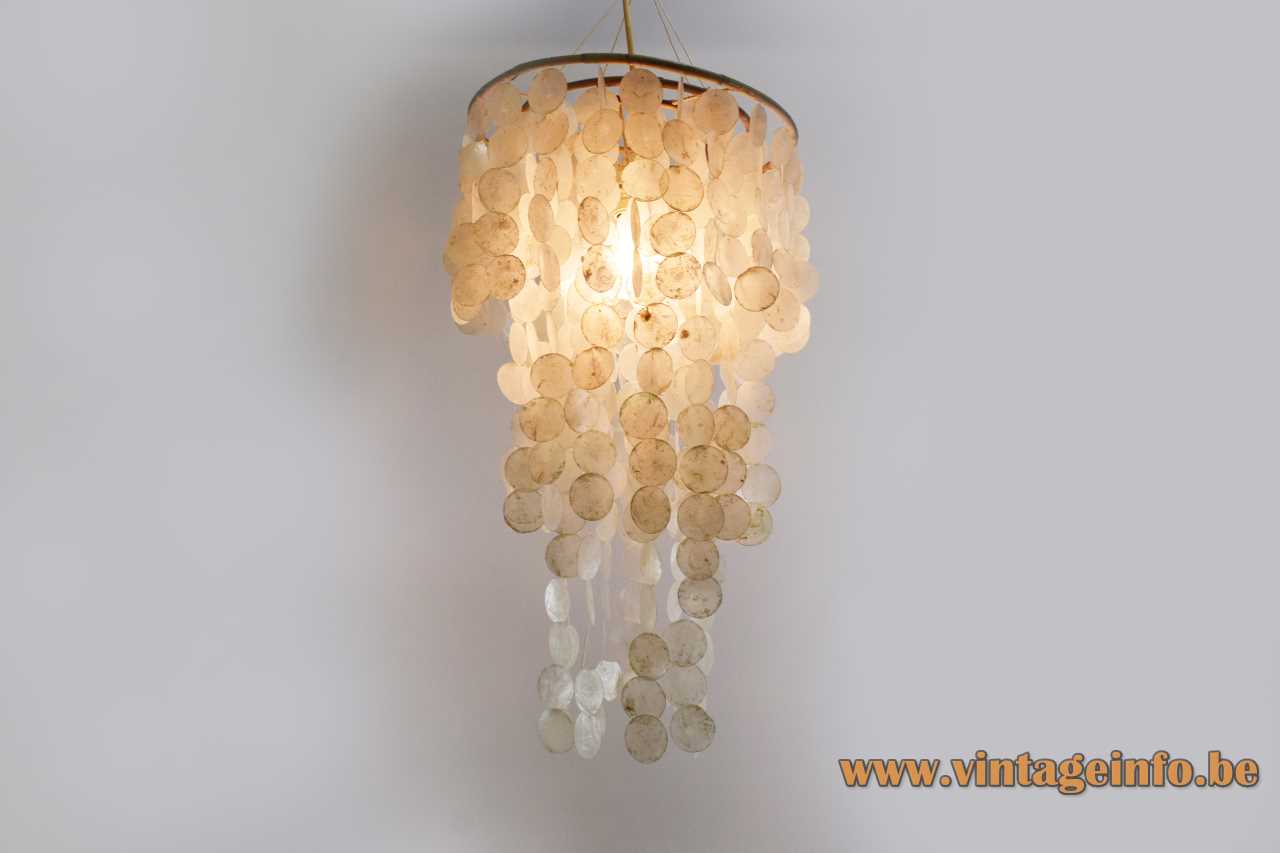 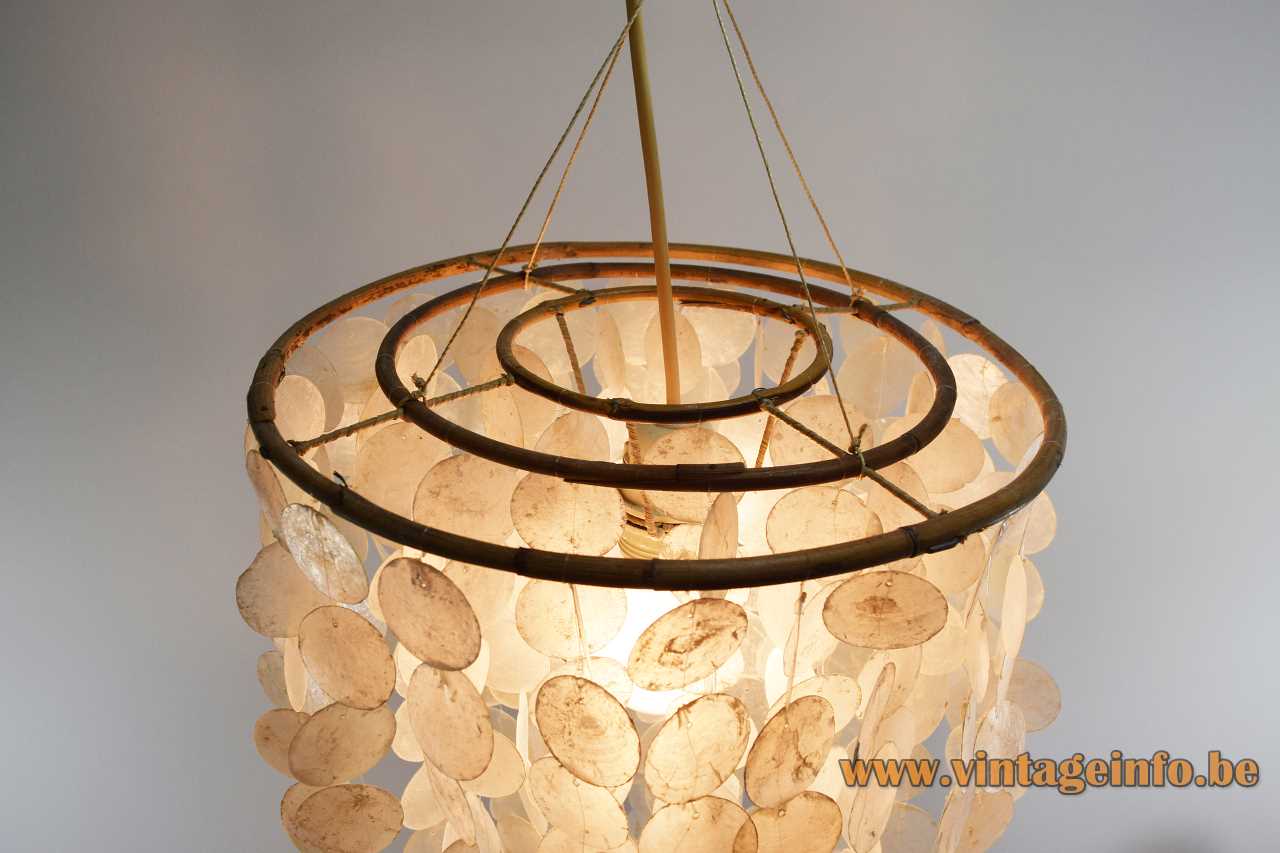 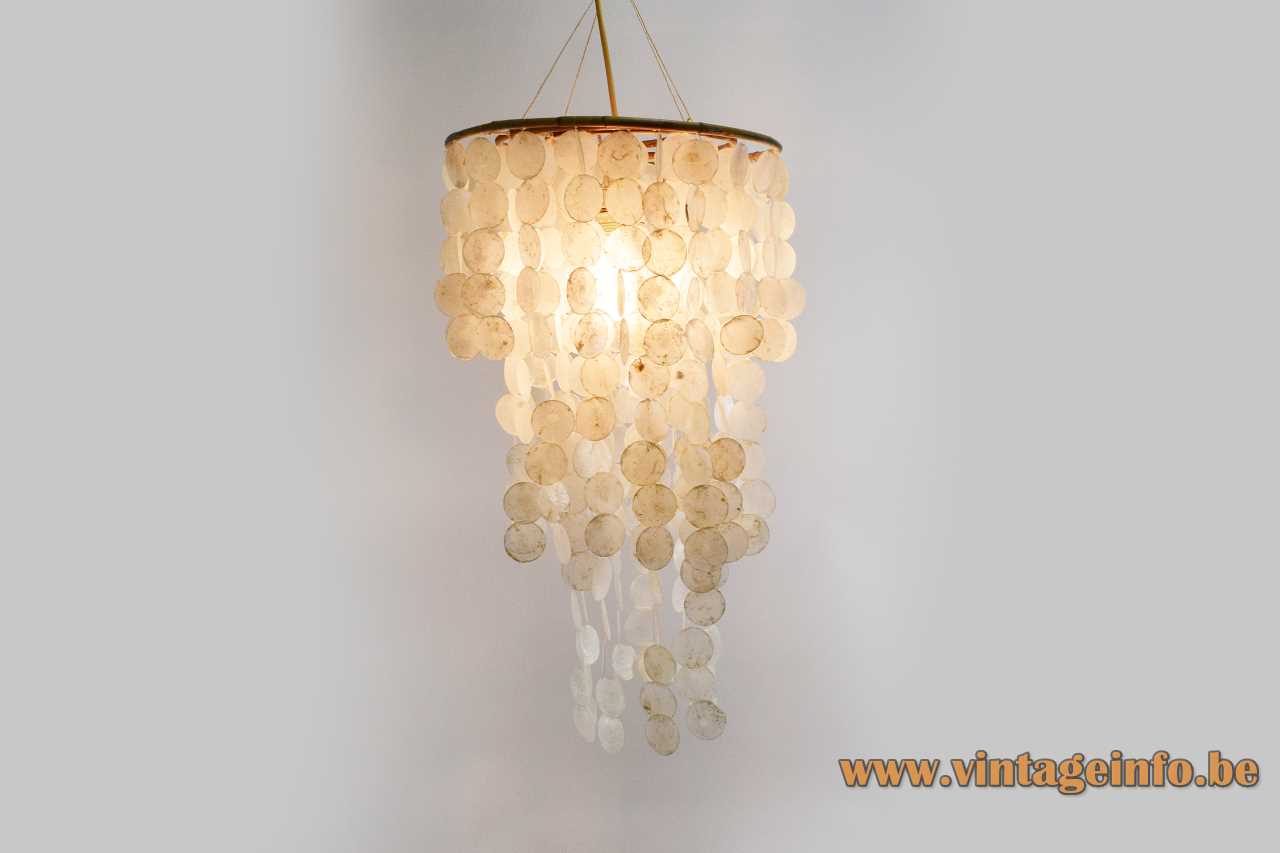 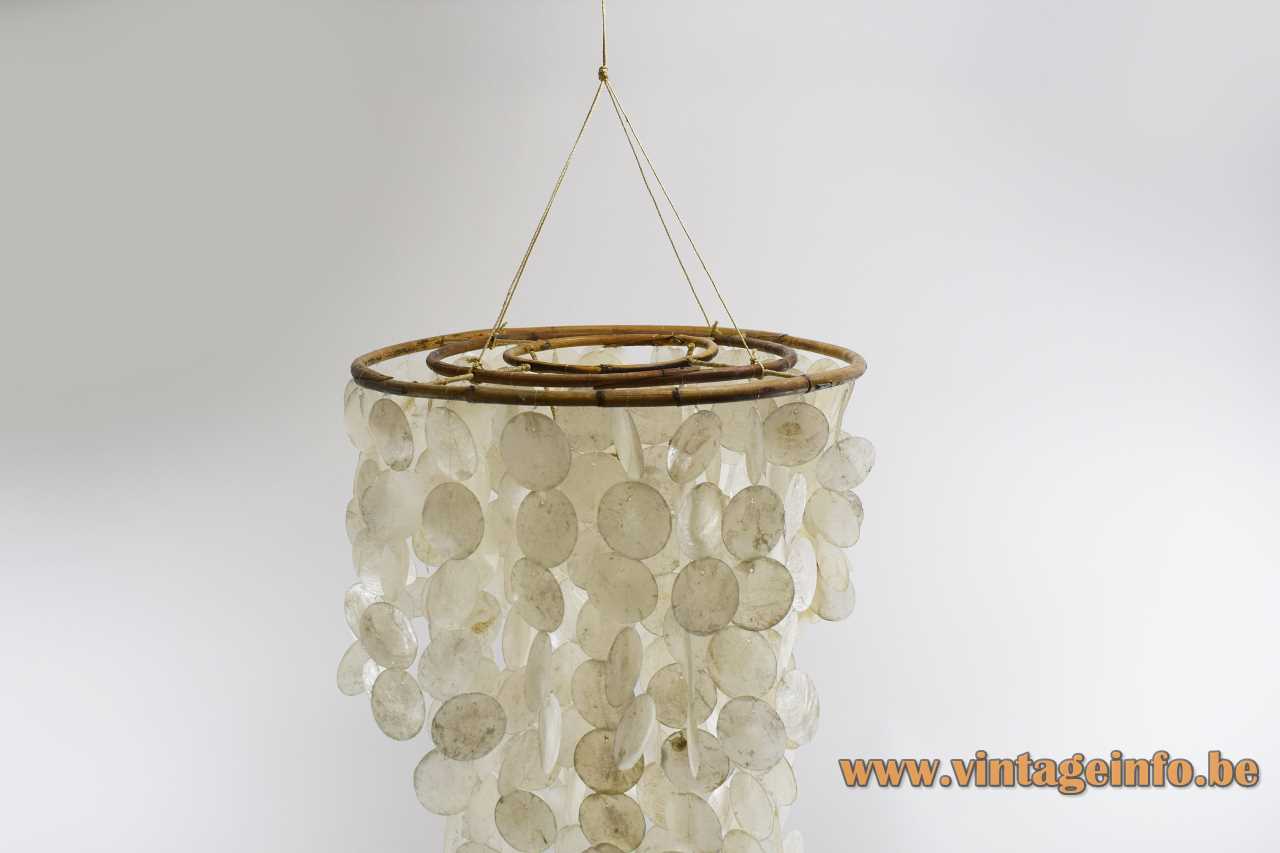 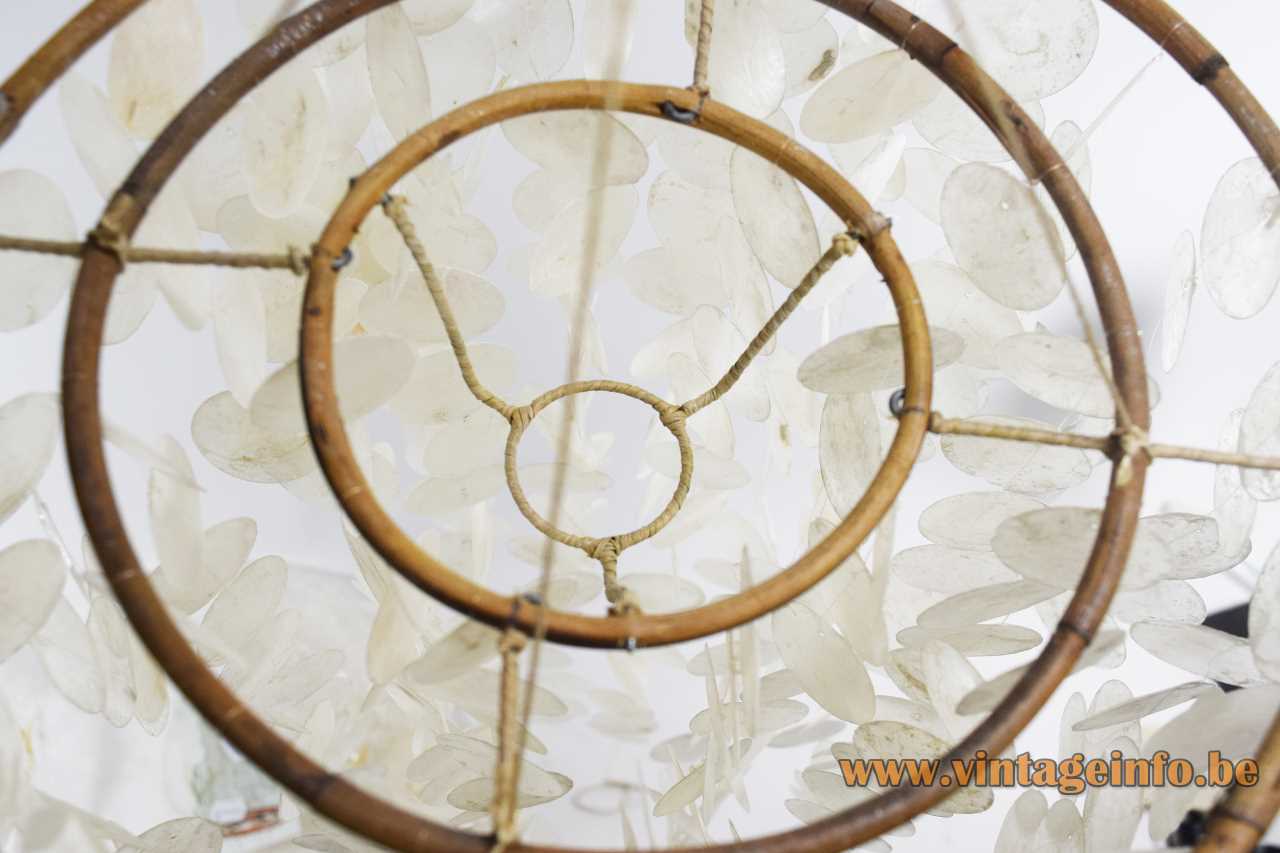 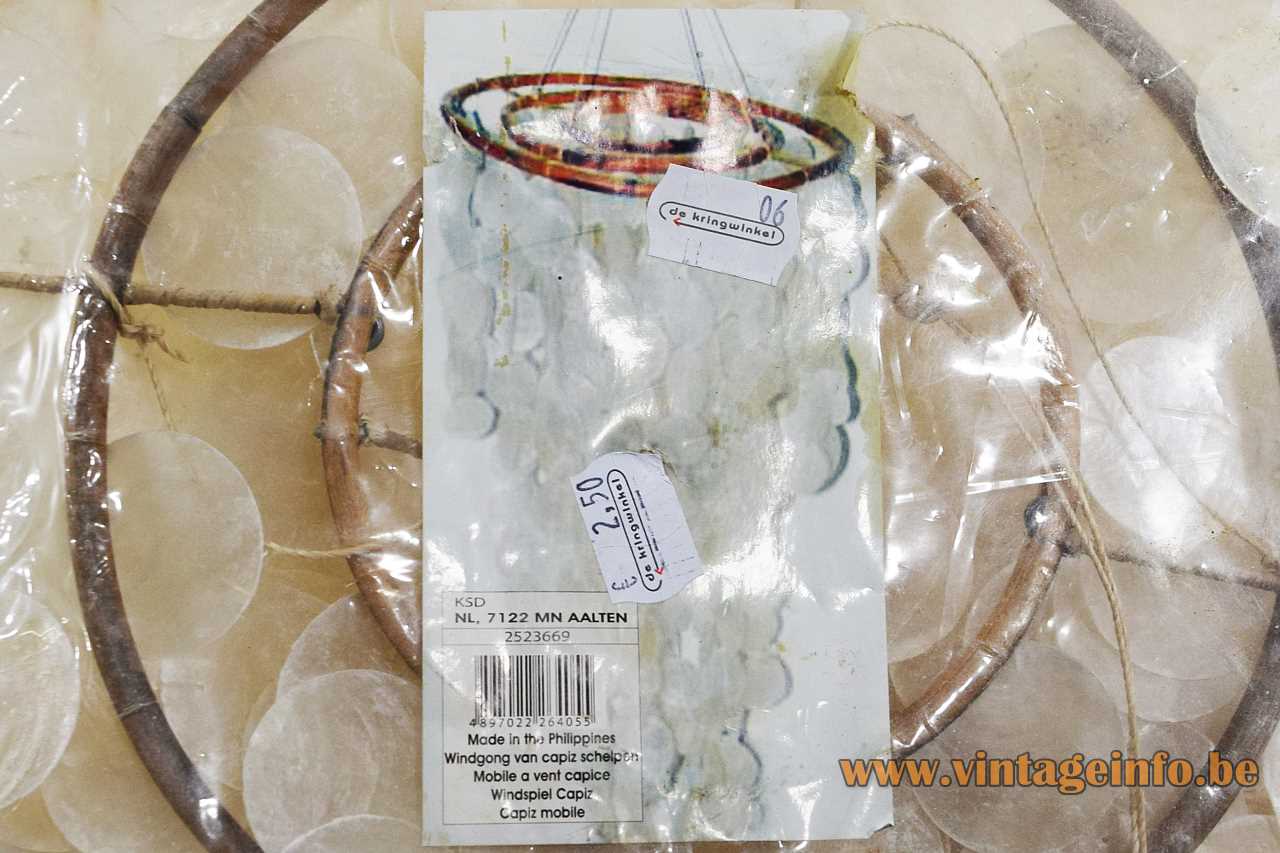 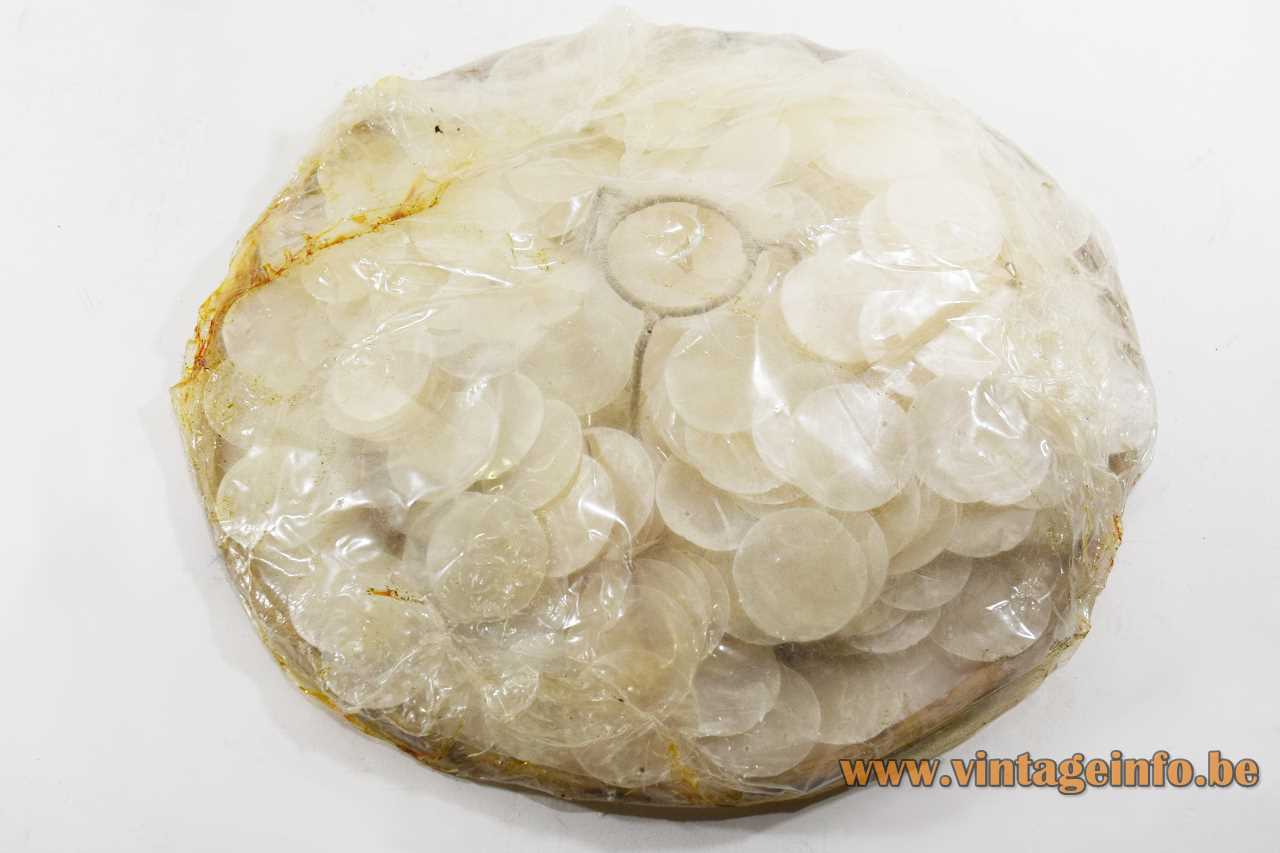 Other versions: This Capiz shells pendant lamp was sold as a mobile or wind chimes, but provided with a metal ring for an E27 socket. These shells were used for chandeliers, flush mounts, wall lamps, table lamps ceiling lamps… Every light you can imagine.

Lamps with these shells are often described as lamps designed by the great Belgium artist Willy Daro, but they are not. These type of lamps were in production long before he was born. They are made in the Philippines, special in the eponymous province of Capiz.

Lamps like these were sold by every light company in Europe at some time in the 1960’s and 1970’s, because they were extremely popular thanks to Verner Panton who used these shells for his FUN chandeliers he created in 1964 for the Lüber company in Switzerland.

The windowpane oyster used for these lamps are often named “mother of pearl”, but that’s another shell. Mother of pearl is “nacre” and it’s the inside of a different shell and is not translucent. The outside of a pearl is from the same organic material.

Fun chandeliers by Verner Panton on the Verpan website