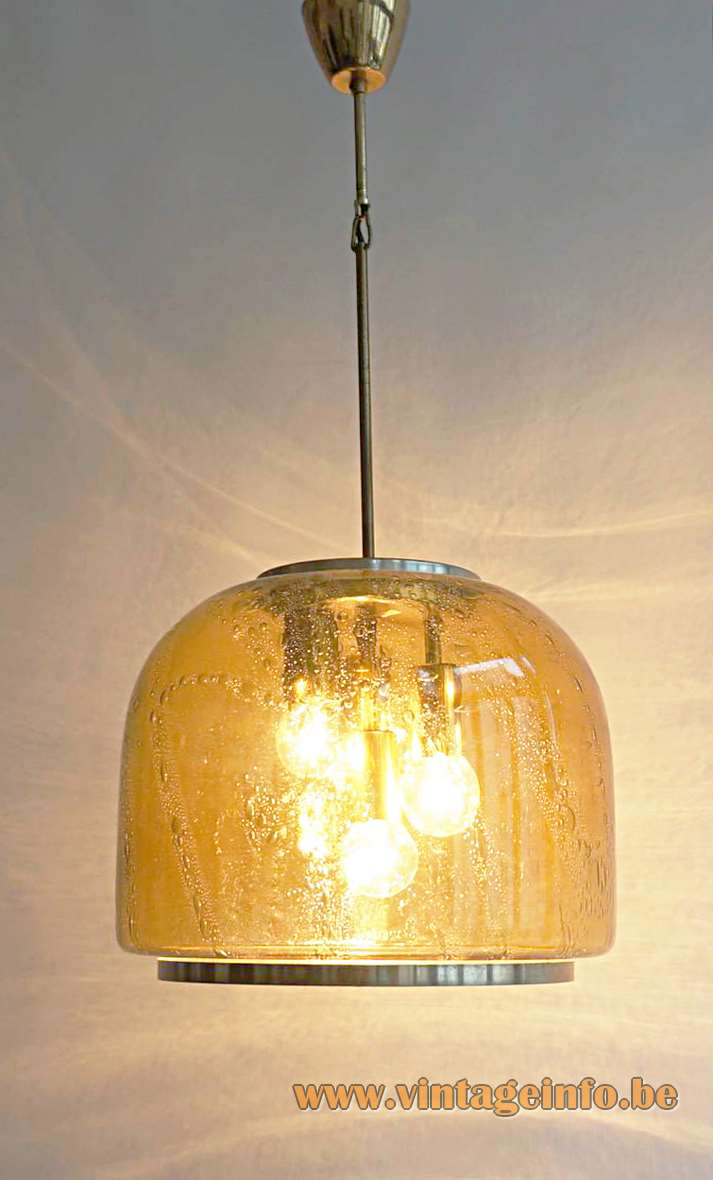 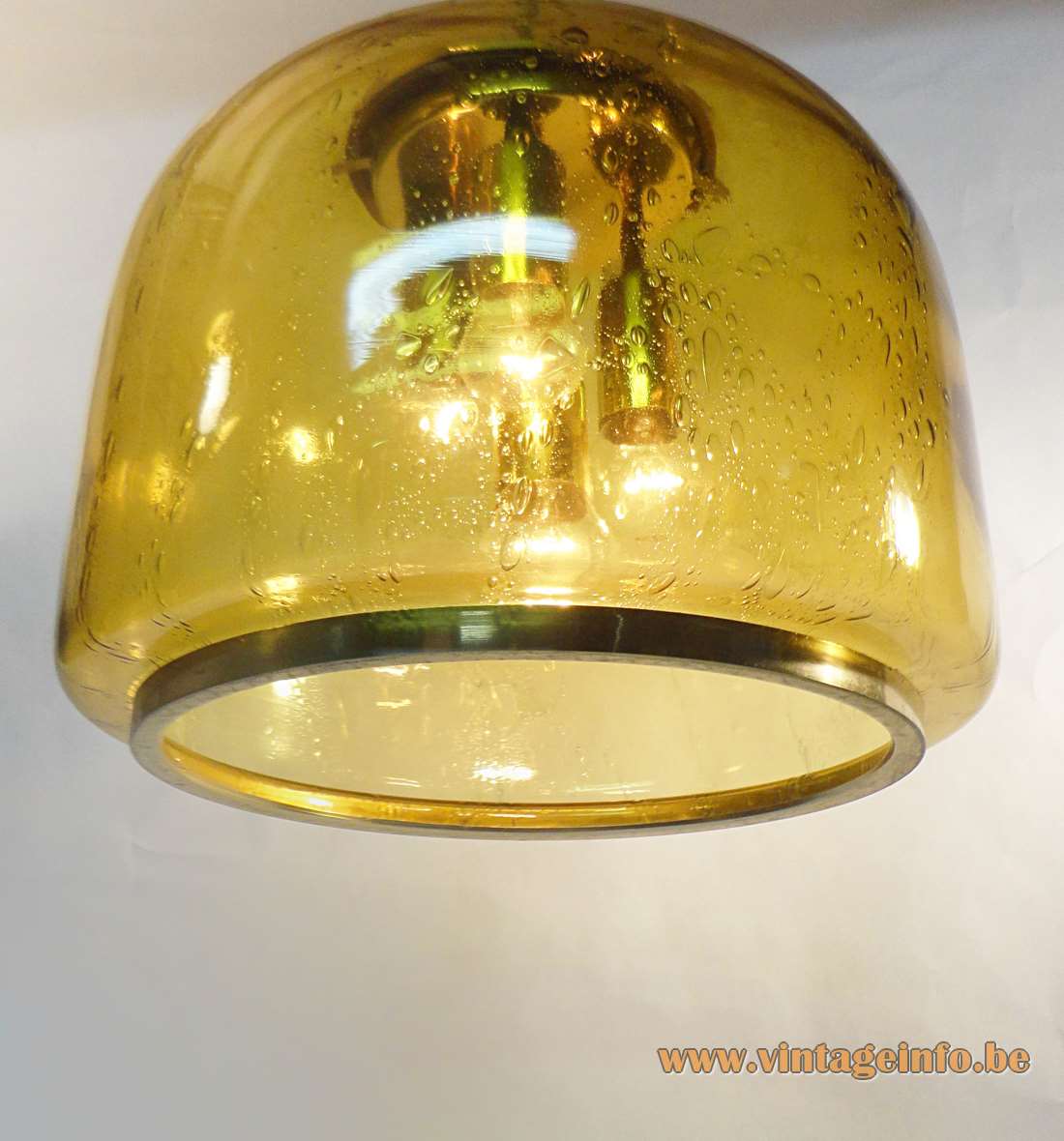 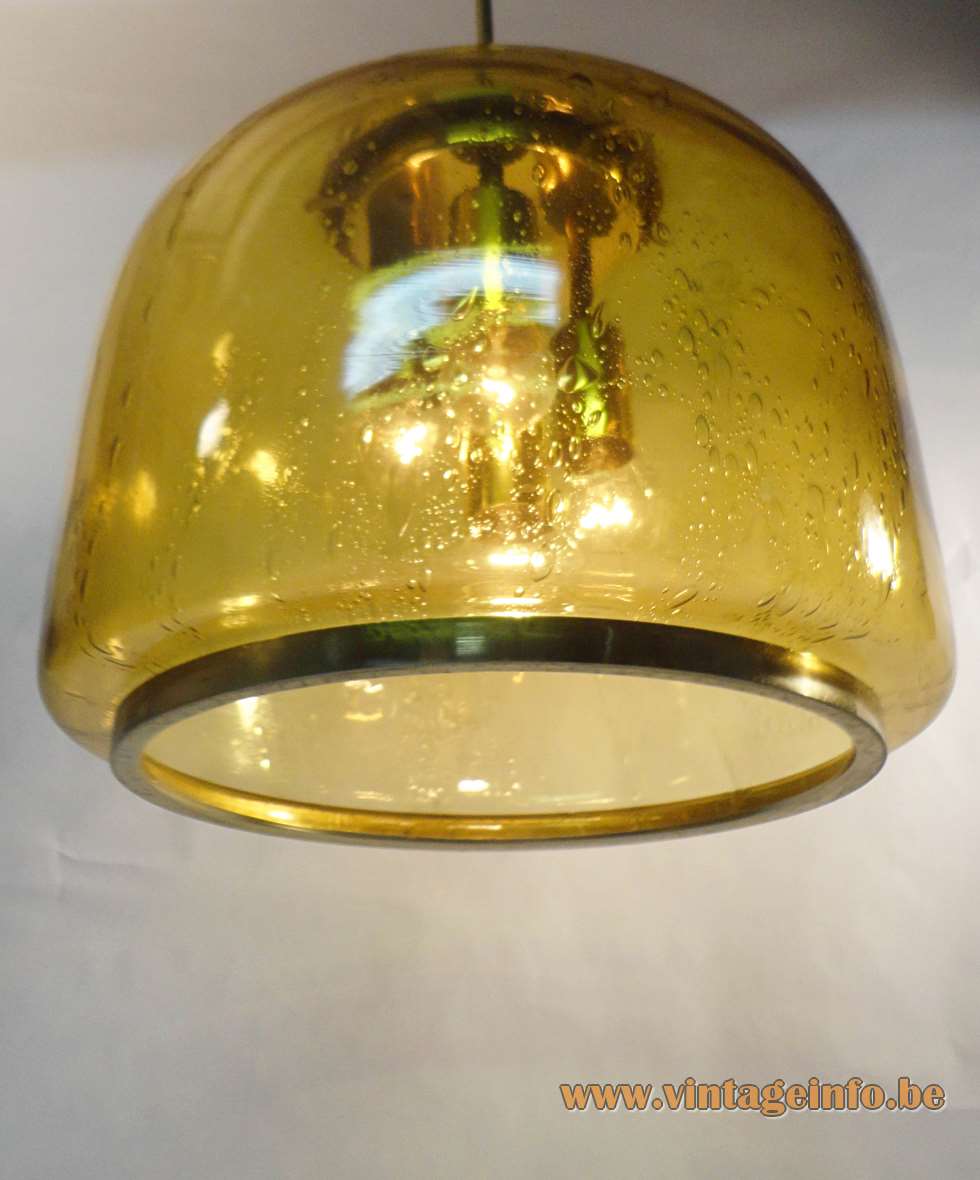 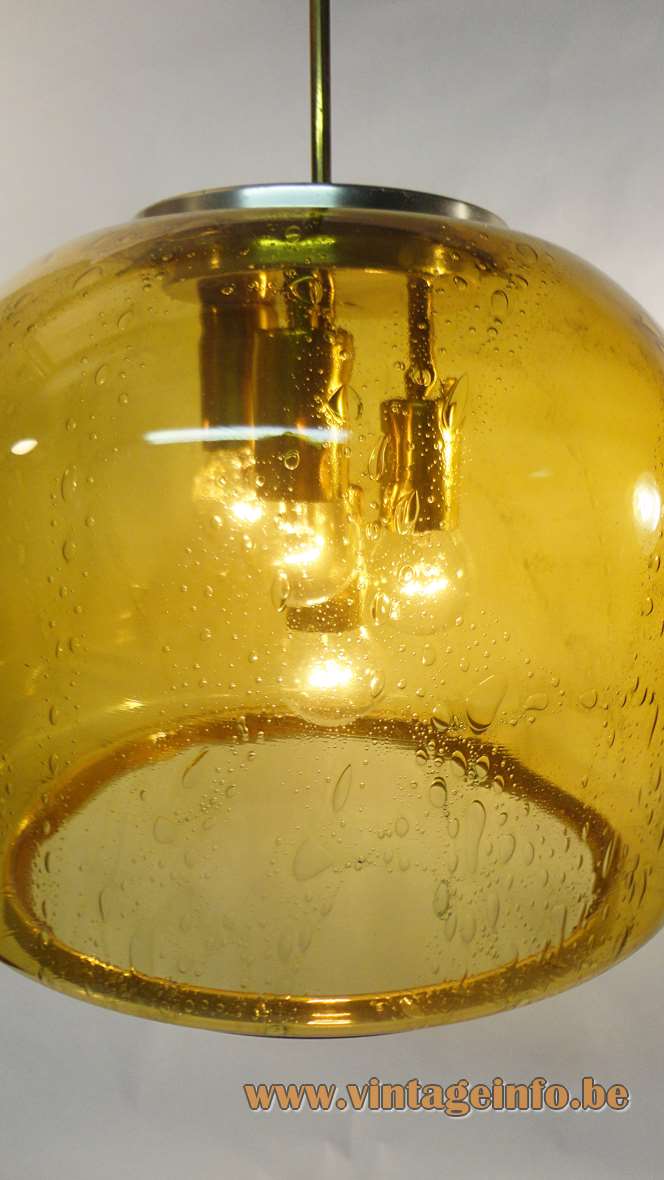 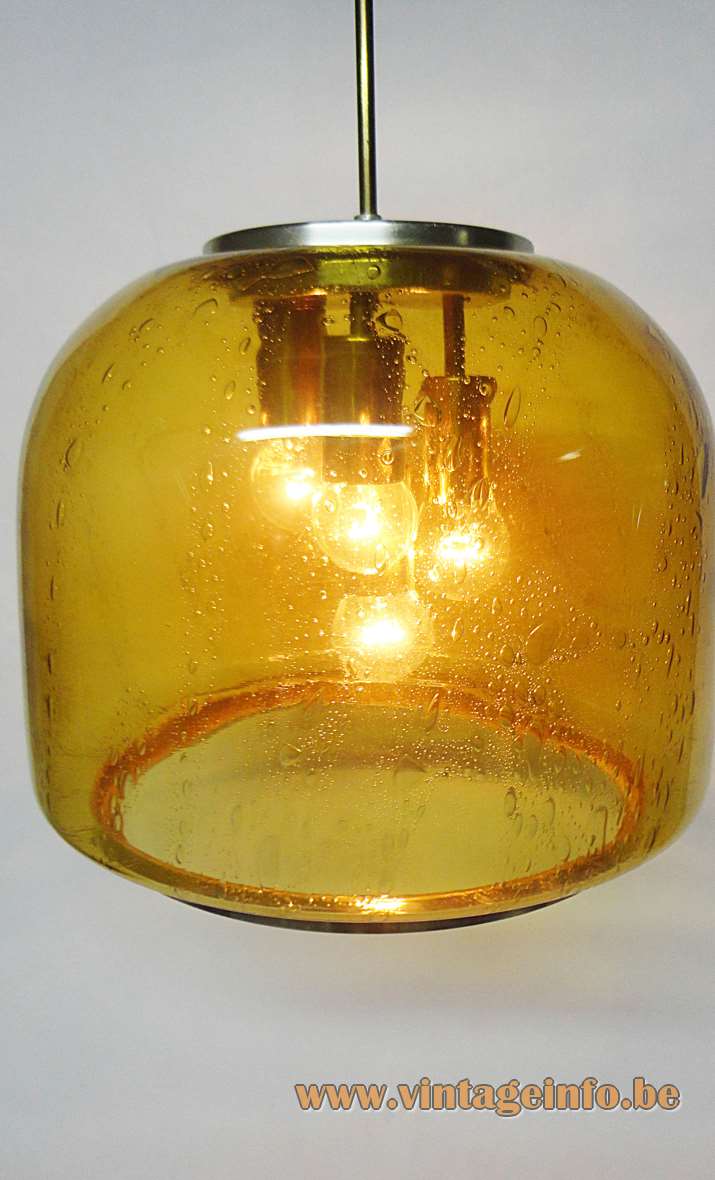 Other versions: This DORIA amber glass pendant lamp exists in several sizes and was also made in clear crystal glass.