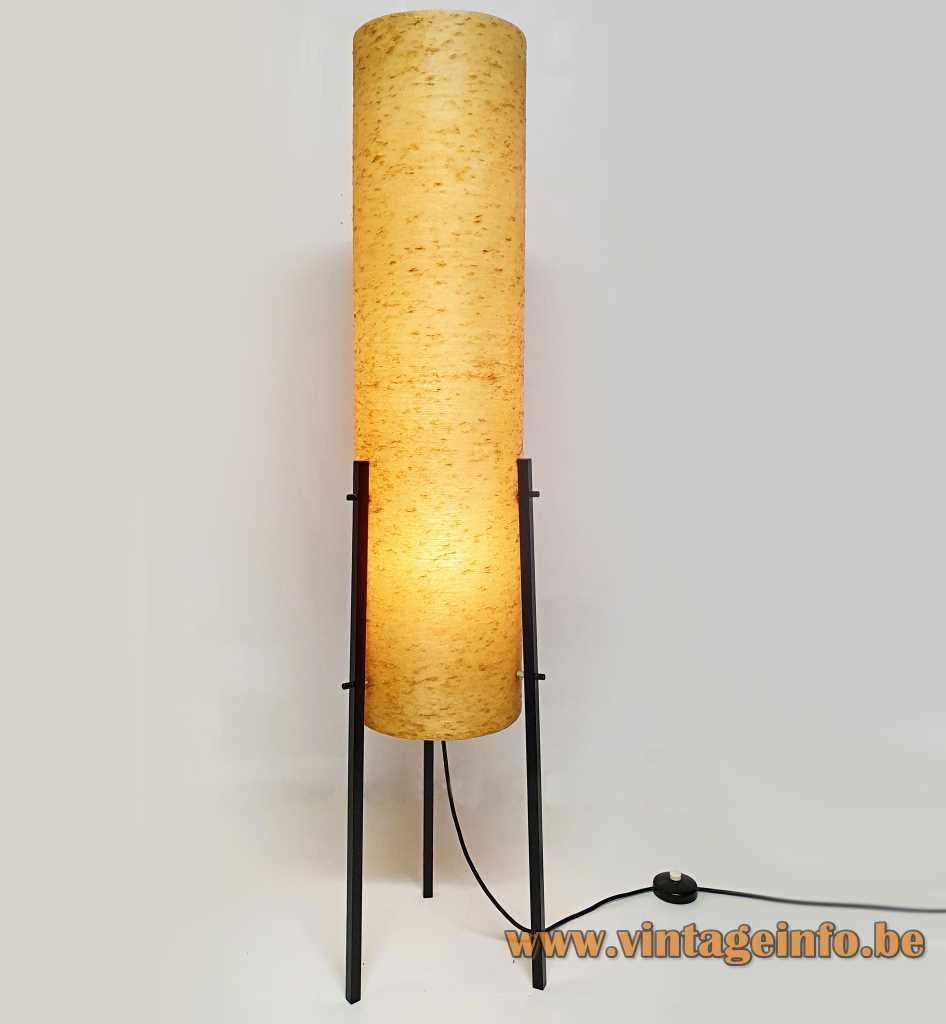 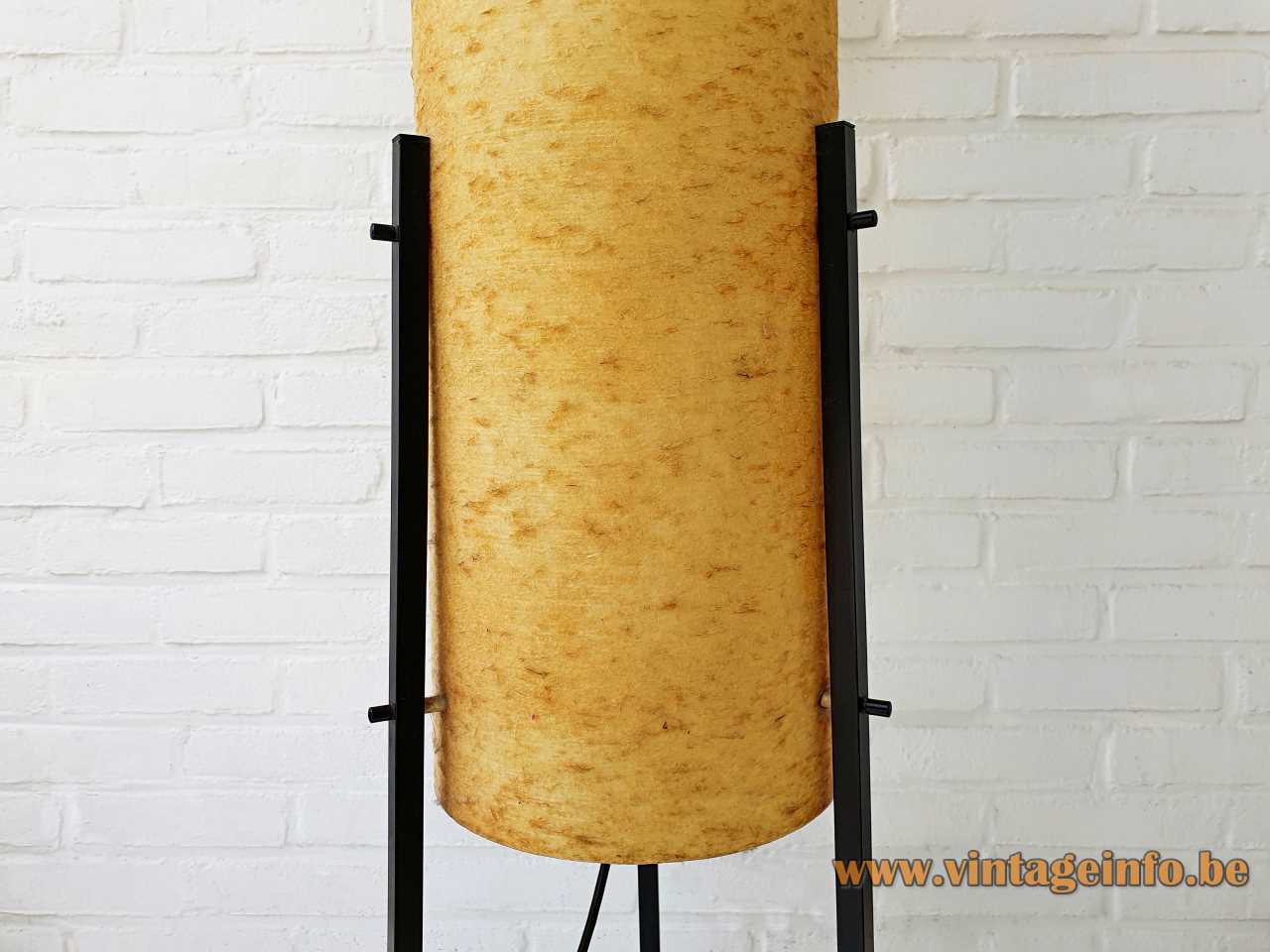 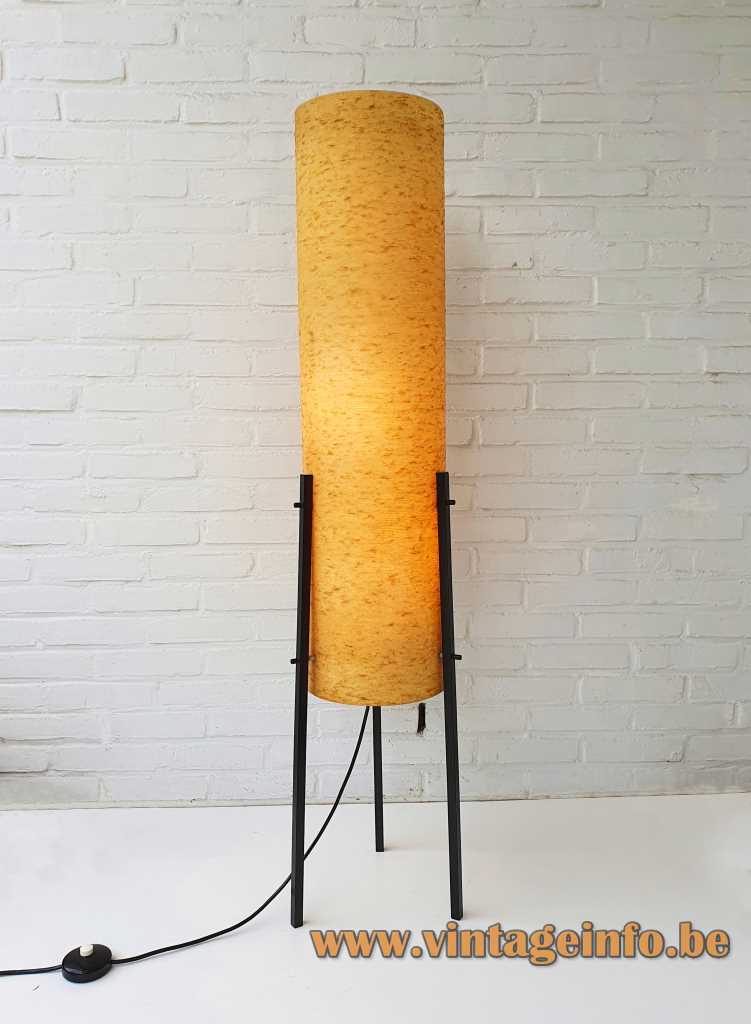 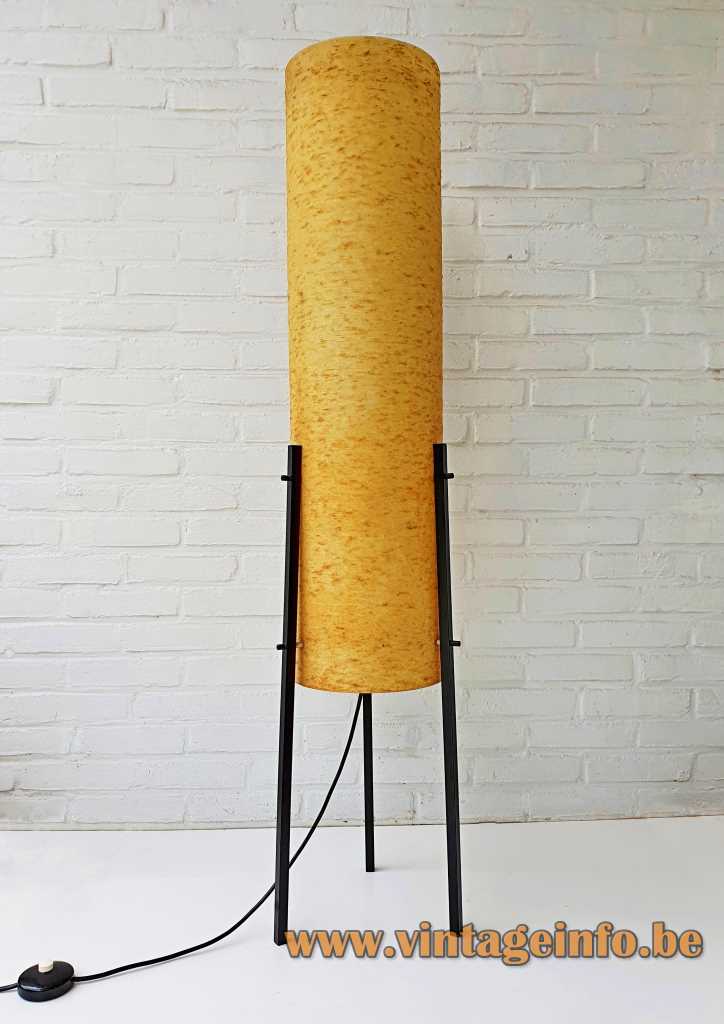 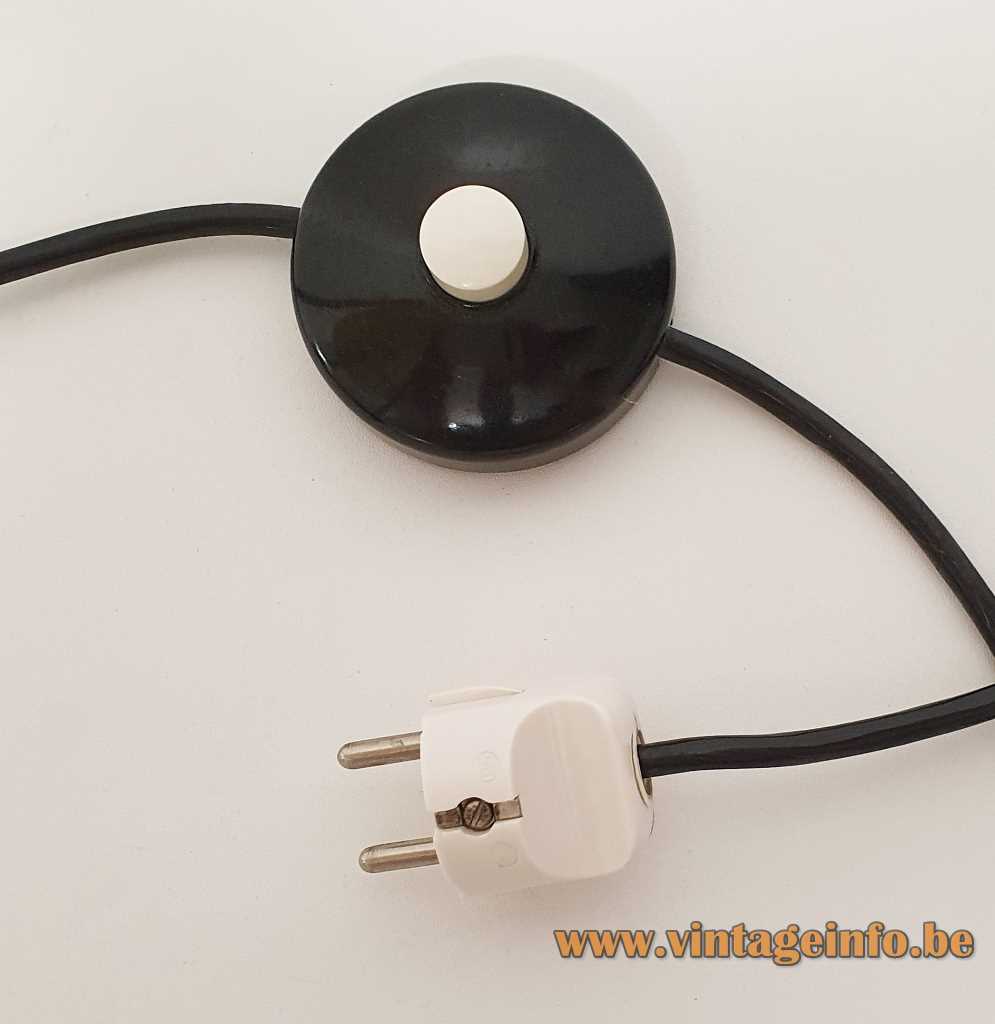 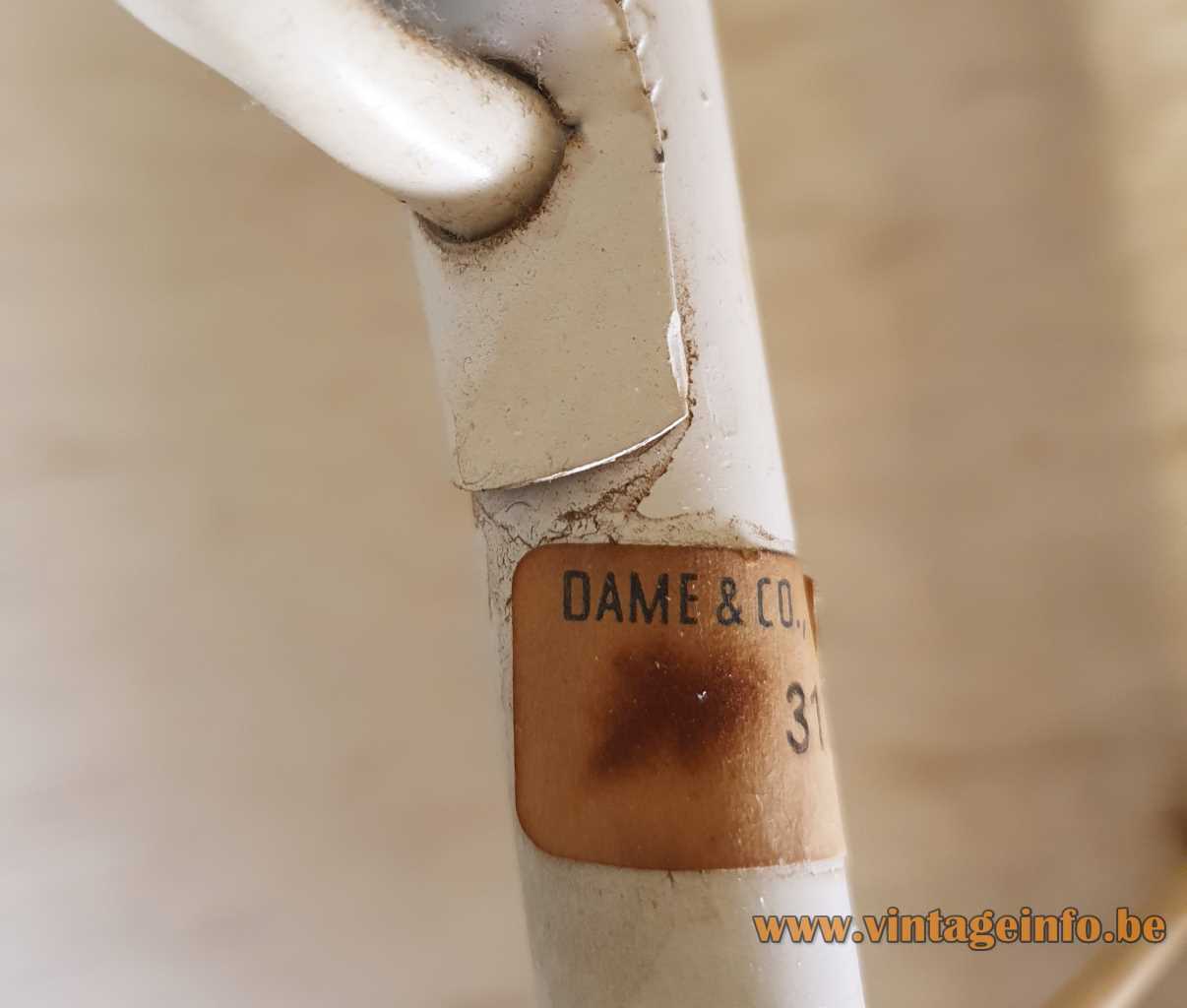 Other versions: This Dame & Co rocket floor lamp exists in all probability in several variations and/or sizes. The company used this fibreglass for several other lamps, such as a triangular pendant lamp.

The German Dame & Co company was founded in 1893 in the light capital of Germany: Neheim-Hüsten. At first the name DACO was used. Dame & Co received 2 iF Design Awards in the 1950s. One for a TV lamp and one for a table lamp. The company no longer exists. It is unclear when it ended business.

The switch has the Germany VDE logo moulded in the black Bakelite bottom. VDE is a German quality mark. The VDE mark is meant to indicate safety and quality in electrical technologies.

The VDE company was founded in 1893 in Berlin, Germany. Its task is to develop regulations on electrical systems. In 1904 VDE’s first “book for standards” is published. A first testing center is set up in Berlin in 1920. In 1993, 100 years after its founding, VDE has now 34 regional associations and 36,000 members.