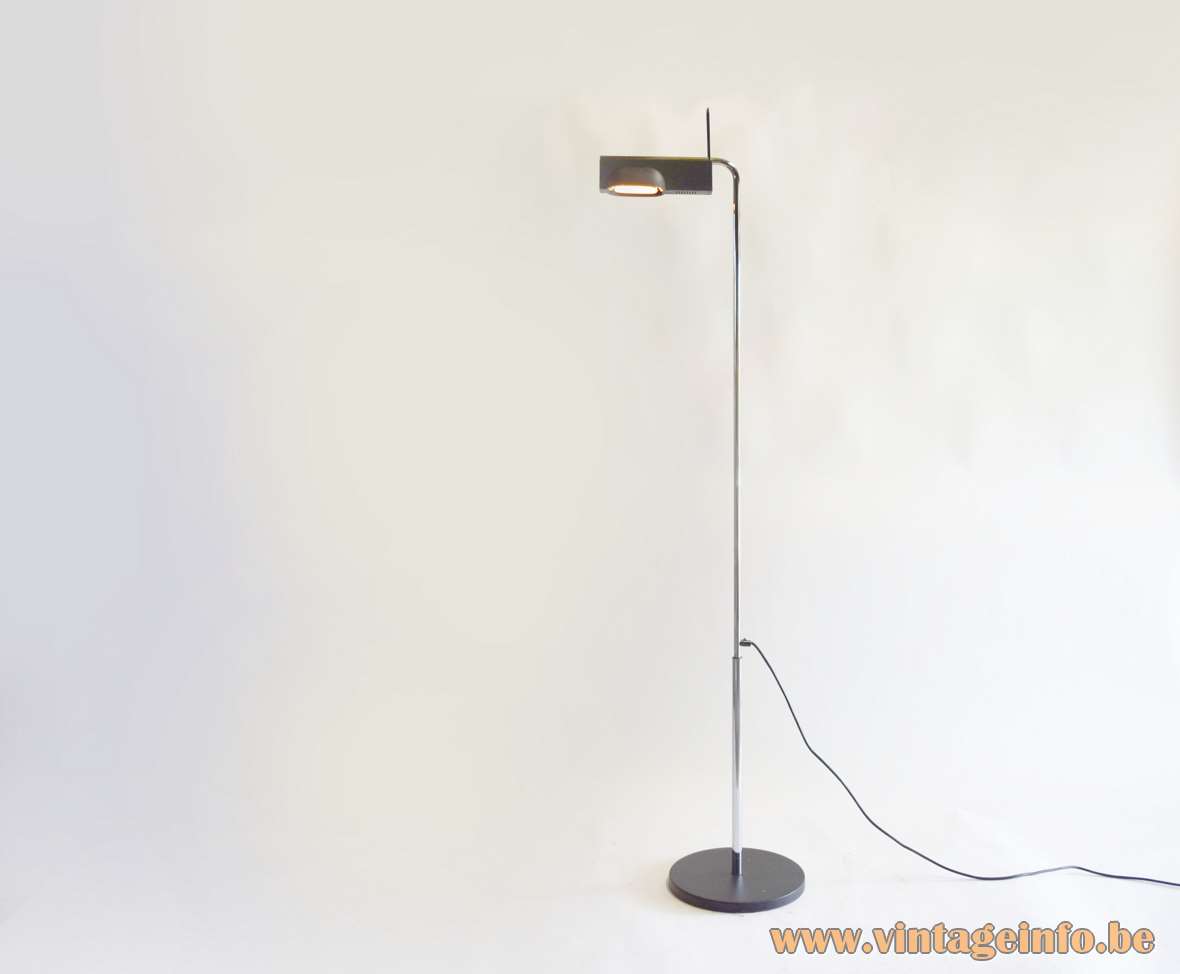 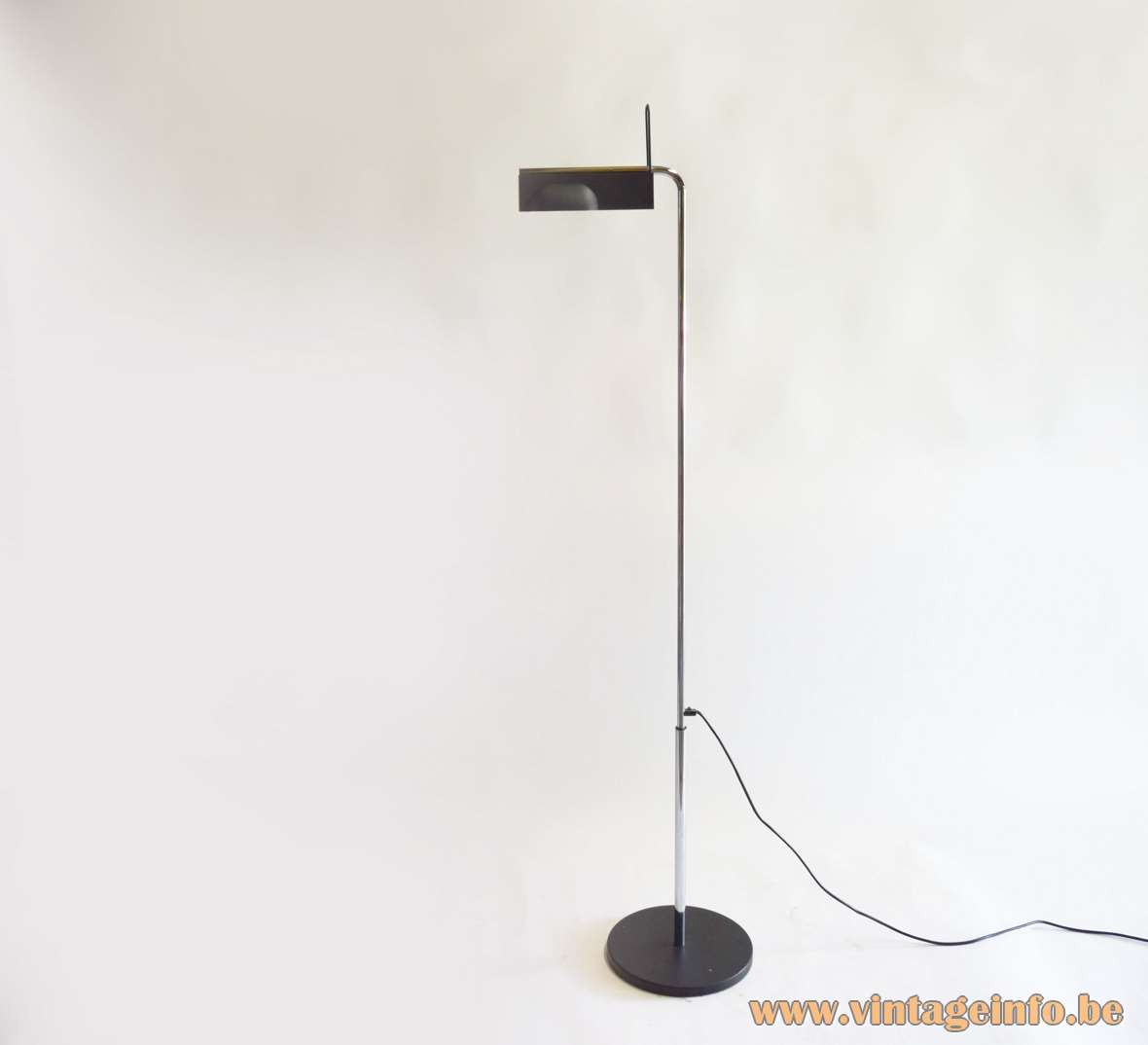 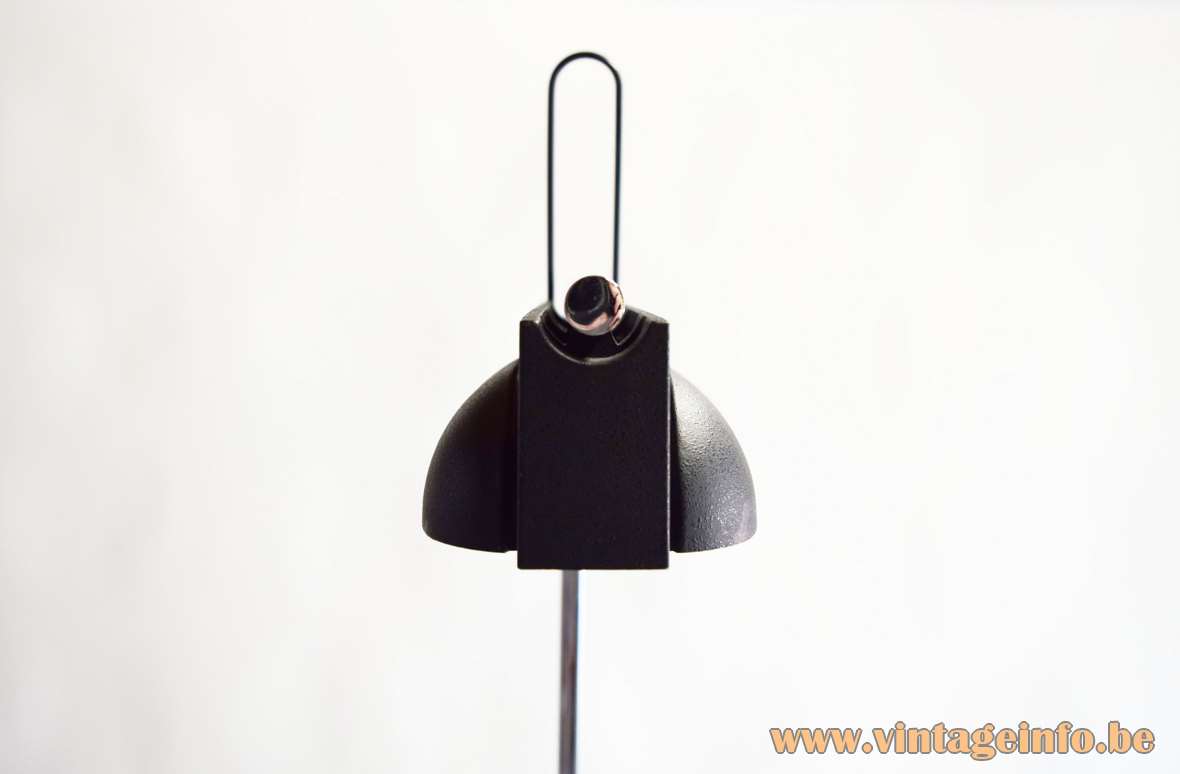 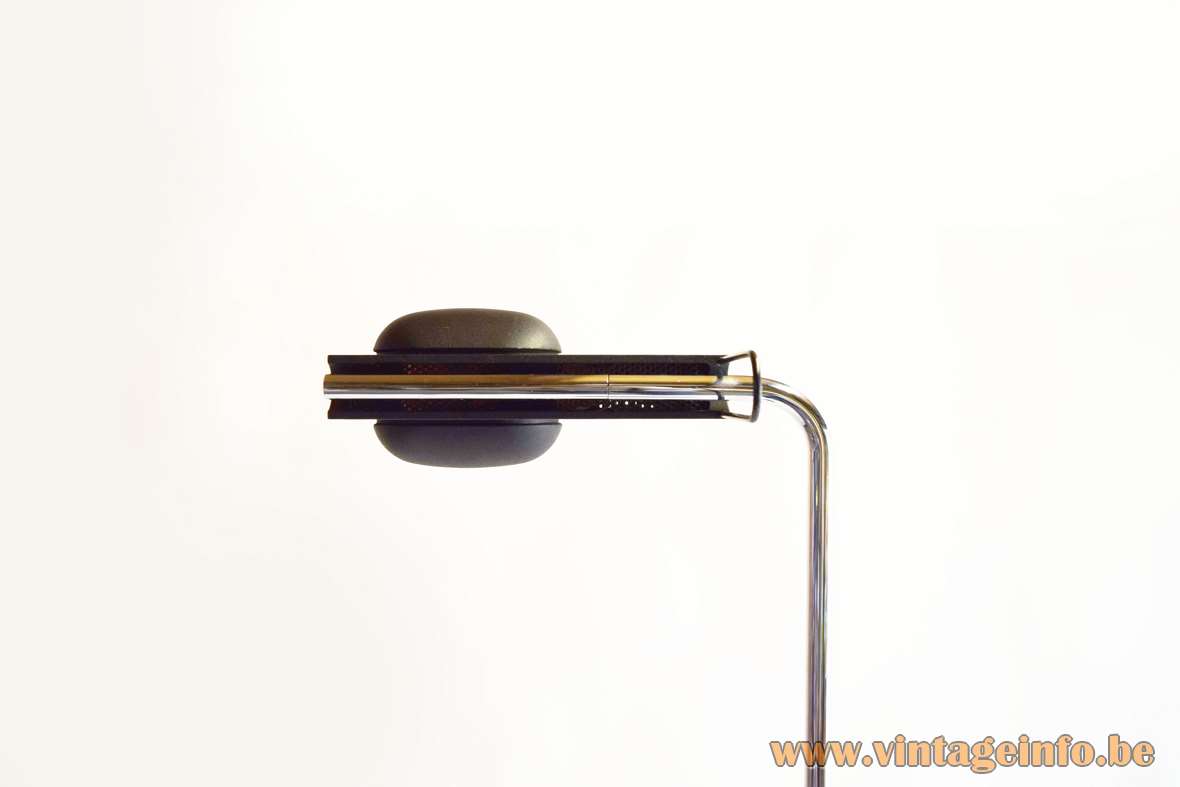 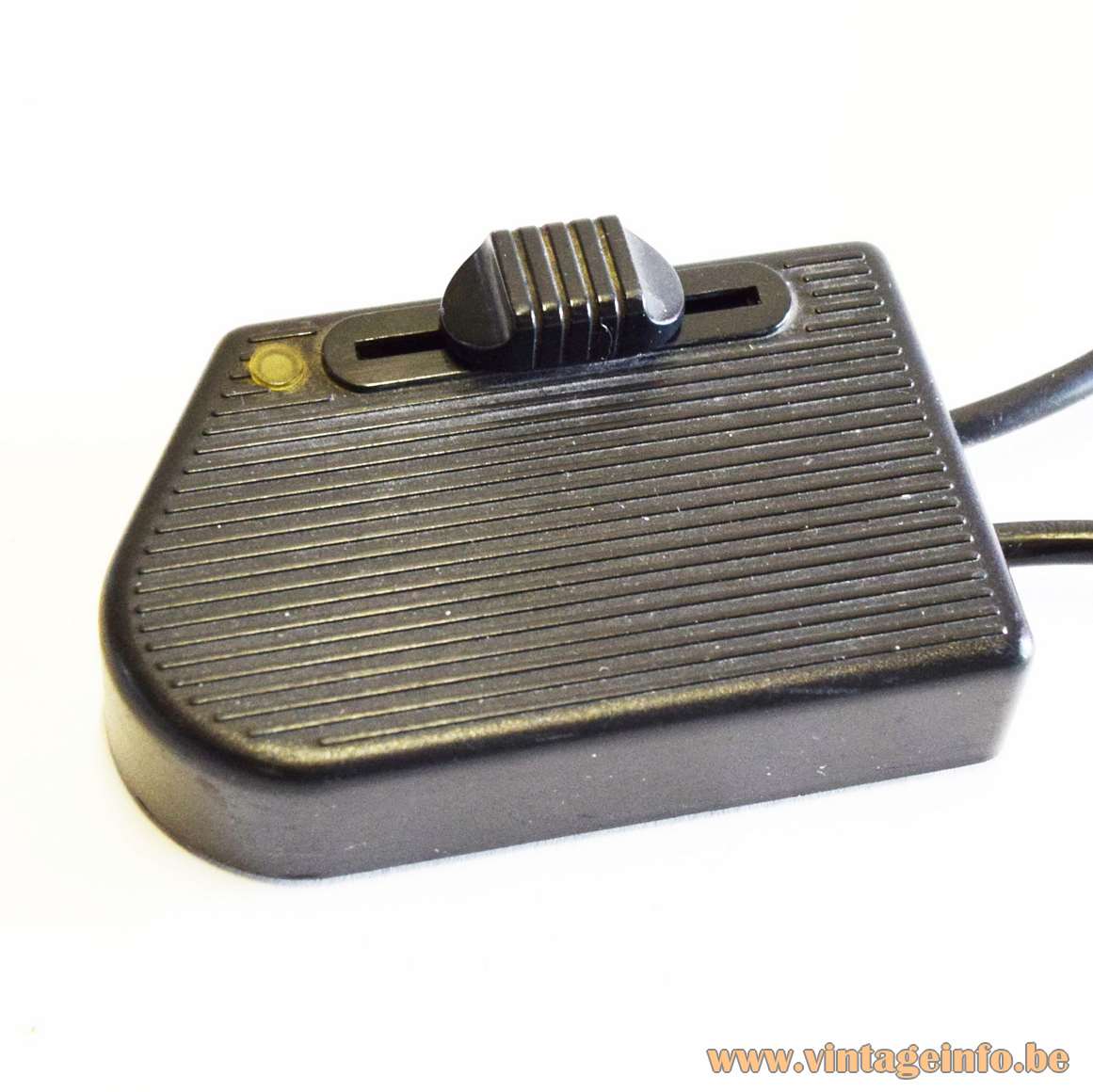 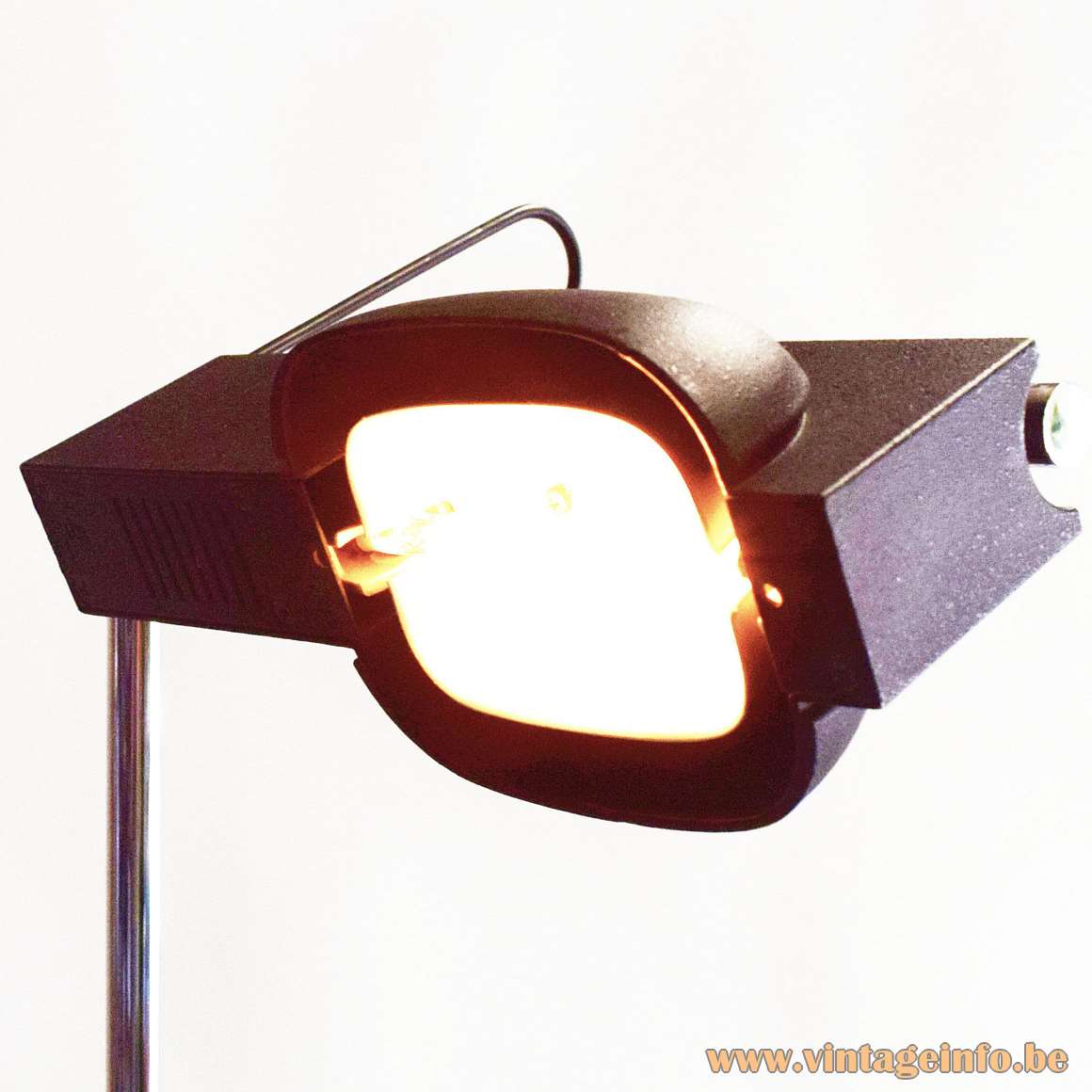 Other versions: This Artemide Camera Terra floor lamp also exists with the dimmer built-in the lampshade with a big round black button. You can find it over here. It was also made as a table lamp and ceiling lamp.

The dimmer was made by Relco from Buccinasco near Milan in Italy. It was designed by Ezio Didone in 1981. Ezio Didone designed a few dimmers for the company. He also designed beautiful lamps. Several lamps are on display here on Vintageinfo.

Relco is famous for the switches they produce that are designed by Achille Castiglioni (1918 – 2002) and were produced by the VLM Components company. VLM is owned by Relco. 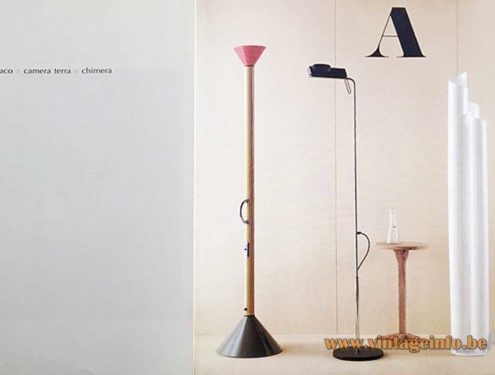 The first lamp produced by the Artemide company was the Alfa table lamp. It was designed by Sergio Mazza in 1959. In production from 1960 until today. 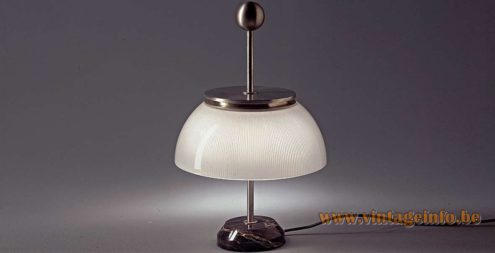