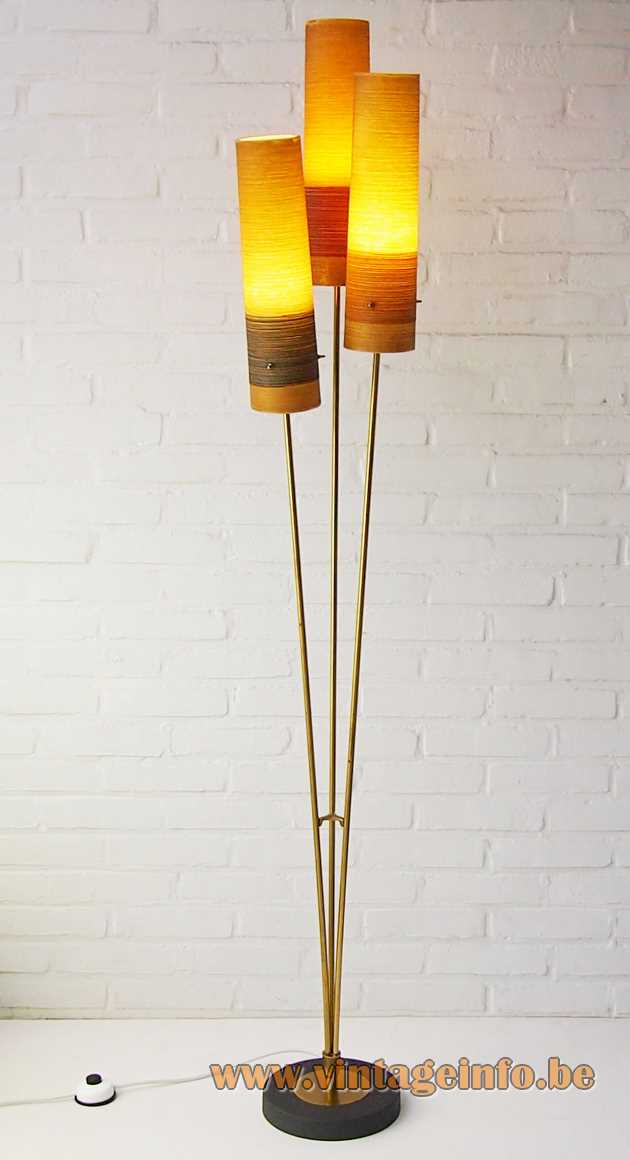 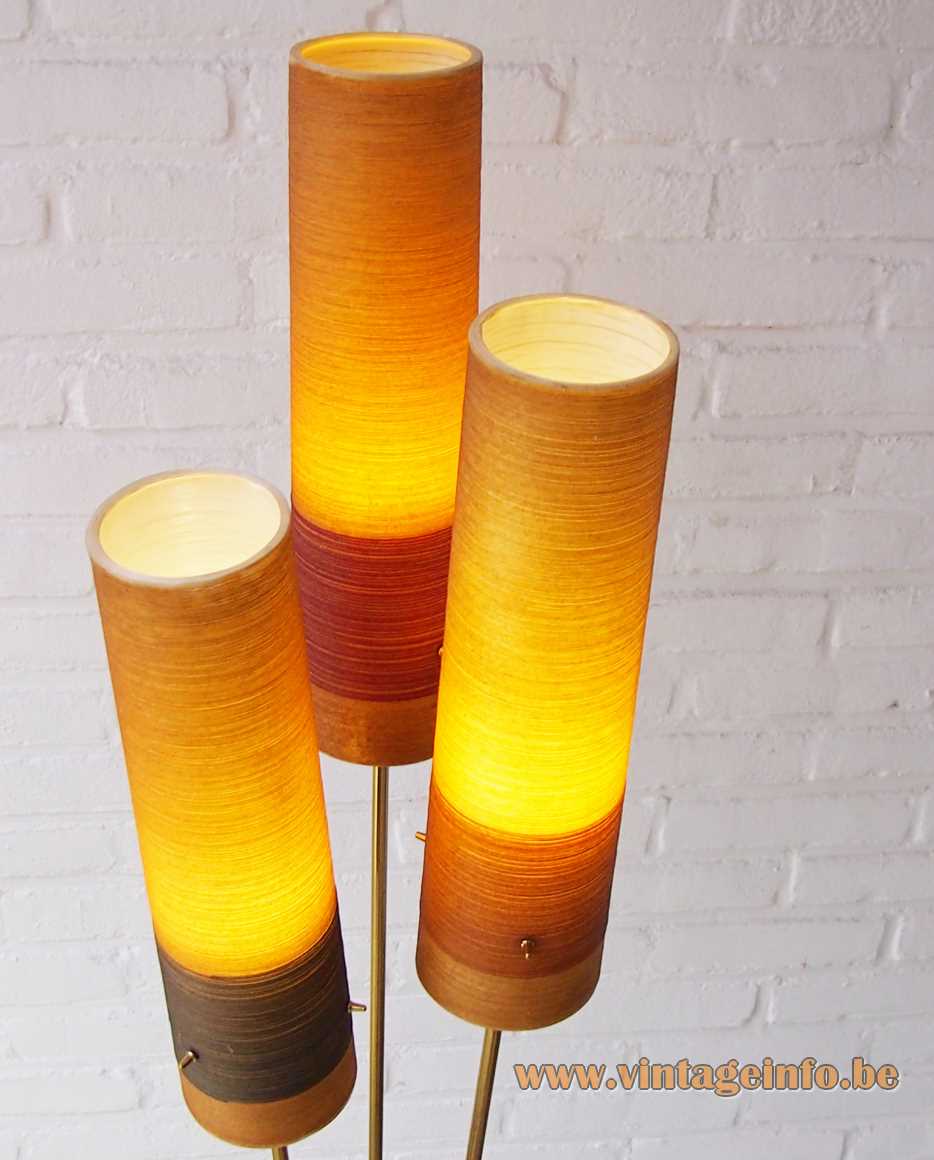 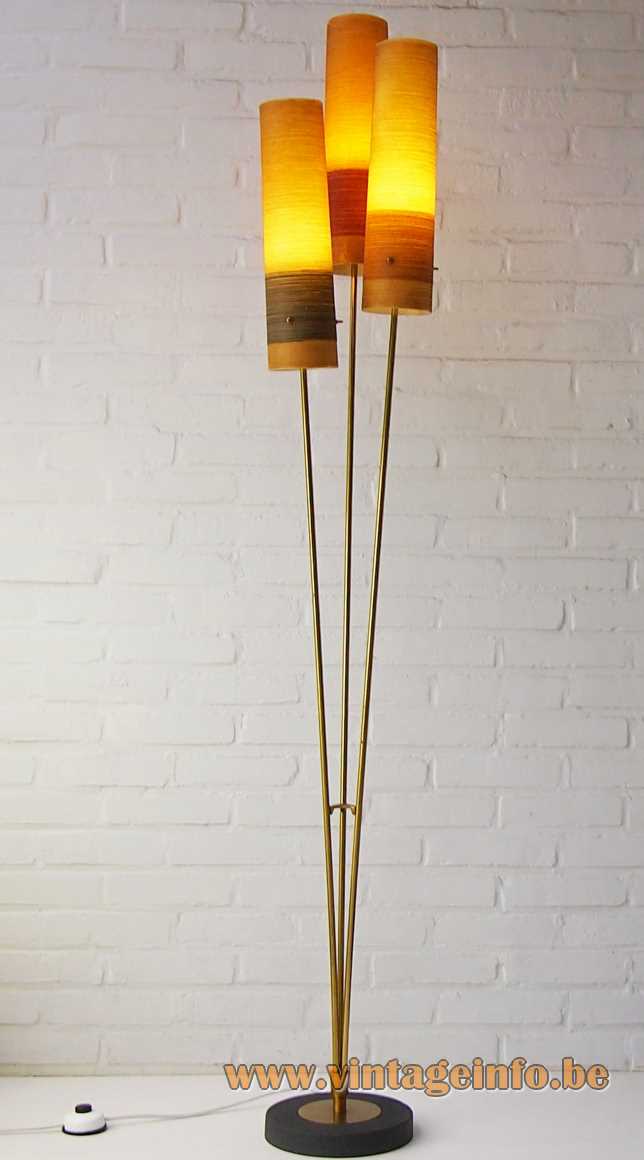 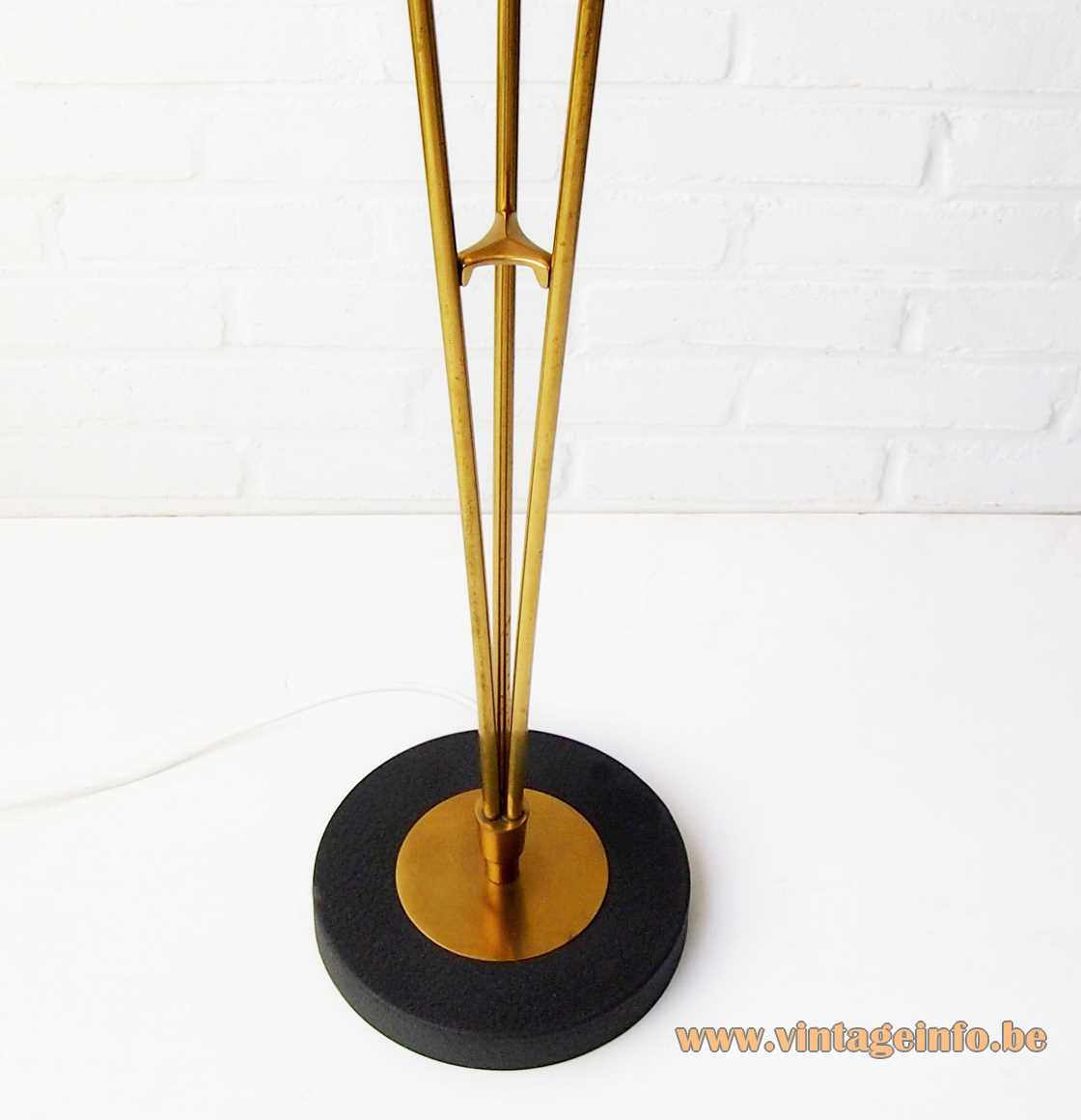 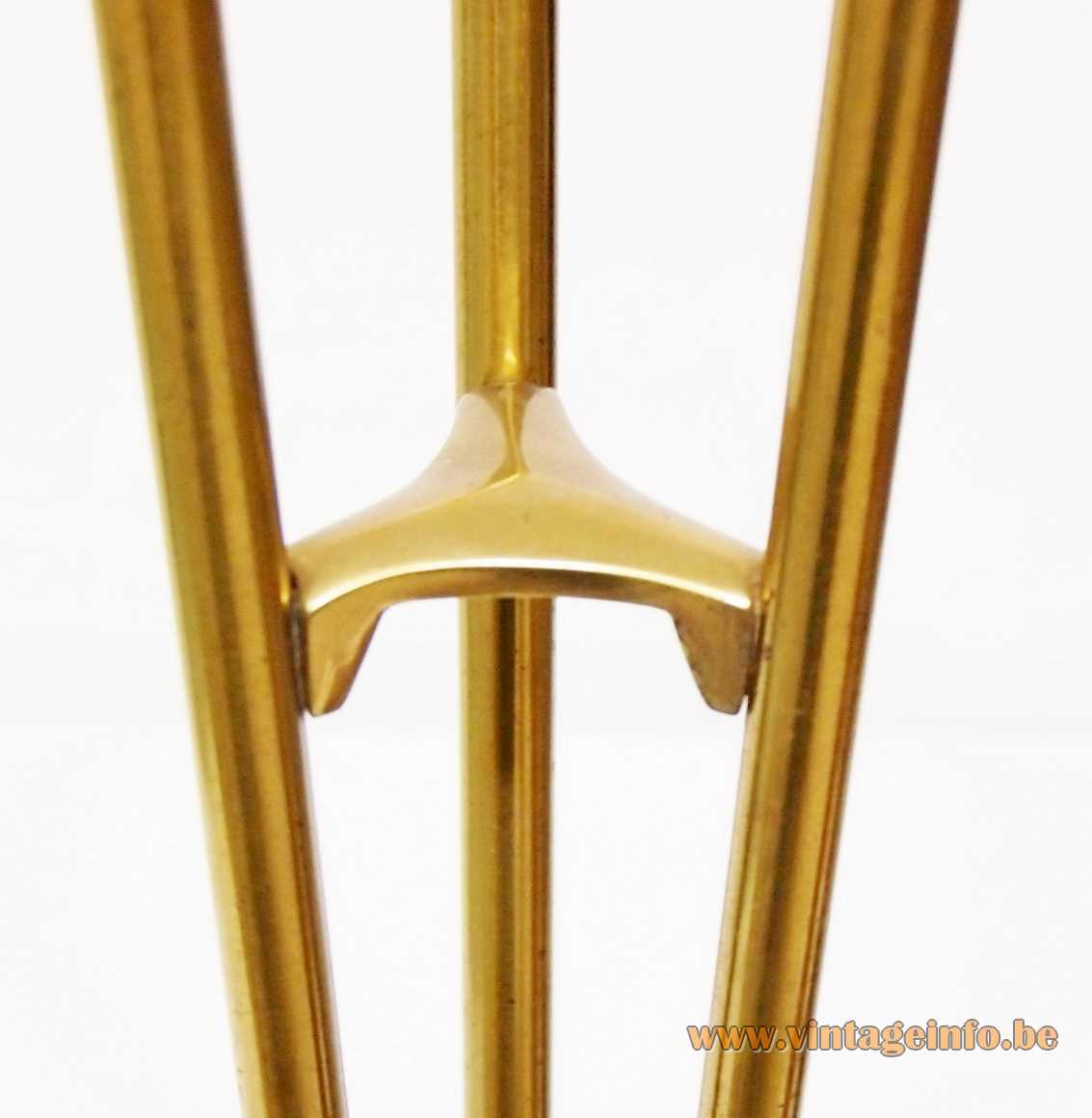 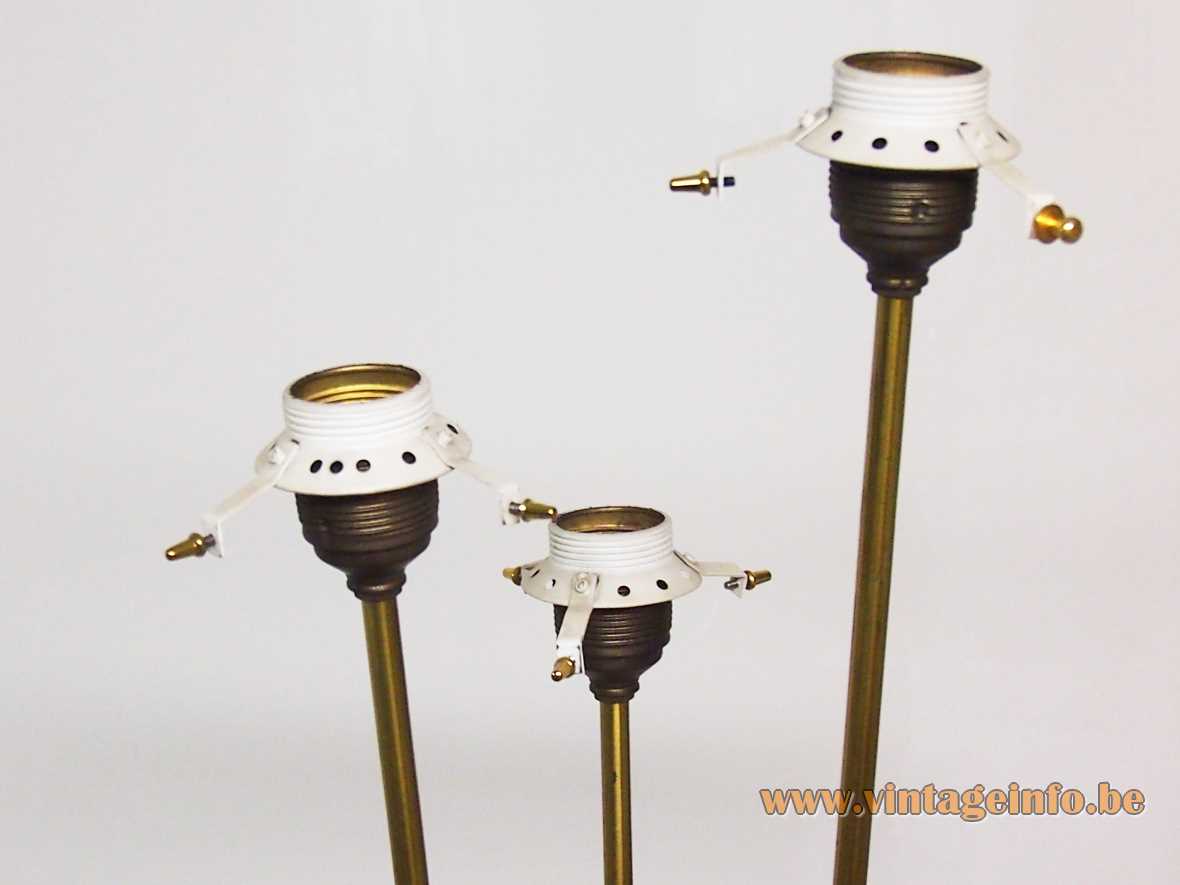 Other versions: This fibreglass triple rocket floor lamp was in all probability made in several versions.

The lampshades were in all probability produced by Novoplast, the lamp itself could be German. It is made in a high quality with beautiful details.

Many other lamps were produced, all with similar tubular fibreglass lampshades.

Lampshades like these were made in several colours: yellow, orange, red, white, blue, green…

A typical late 50s, early 60s floor lamp from the Space Age when rockets became popular in design. Yuri Alekseyevich Gagarin (9 March 1934 – 27 March 1968) was the first human to journey into outer space, when his Vostok spacecraft completed an orbit around the Earth on 12 April 1961.

In the 50s and 60s the Czech Republic was a communist state under Soviet influence after a coup d’état in 1948. In 1993 Czechoslovakia peacefully dissolved. Its states becoming the independent states of Slovakia and the Czech Republic. 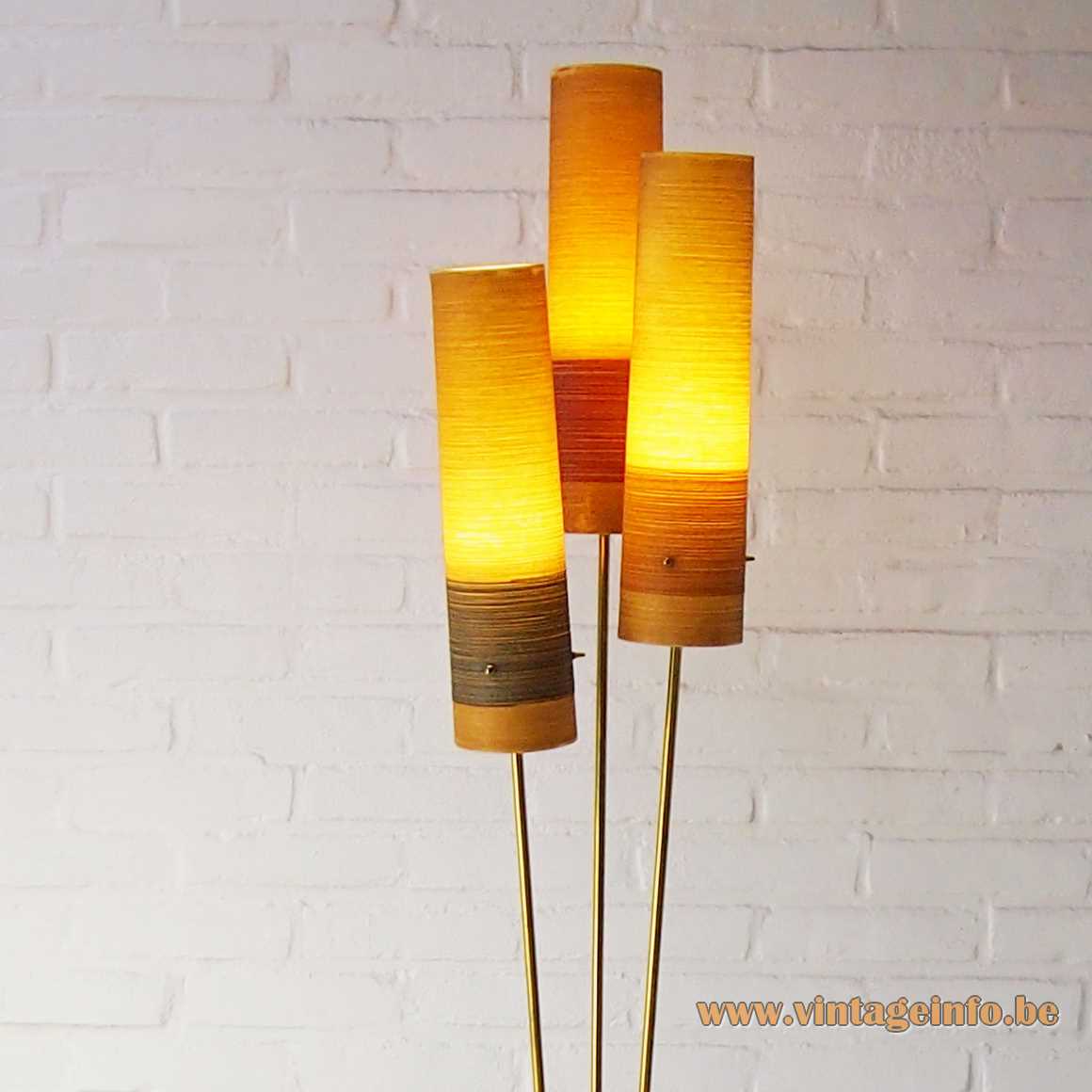 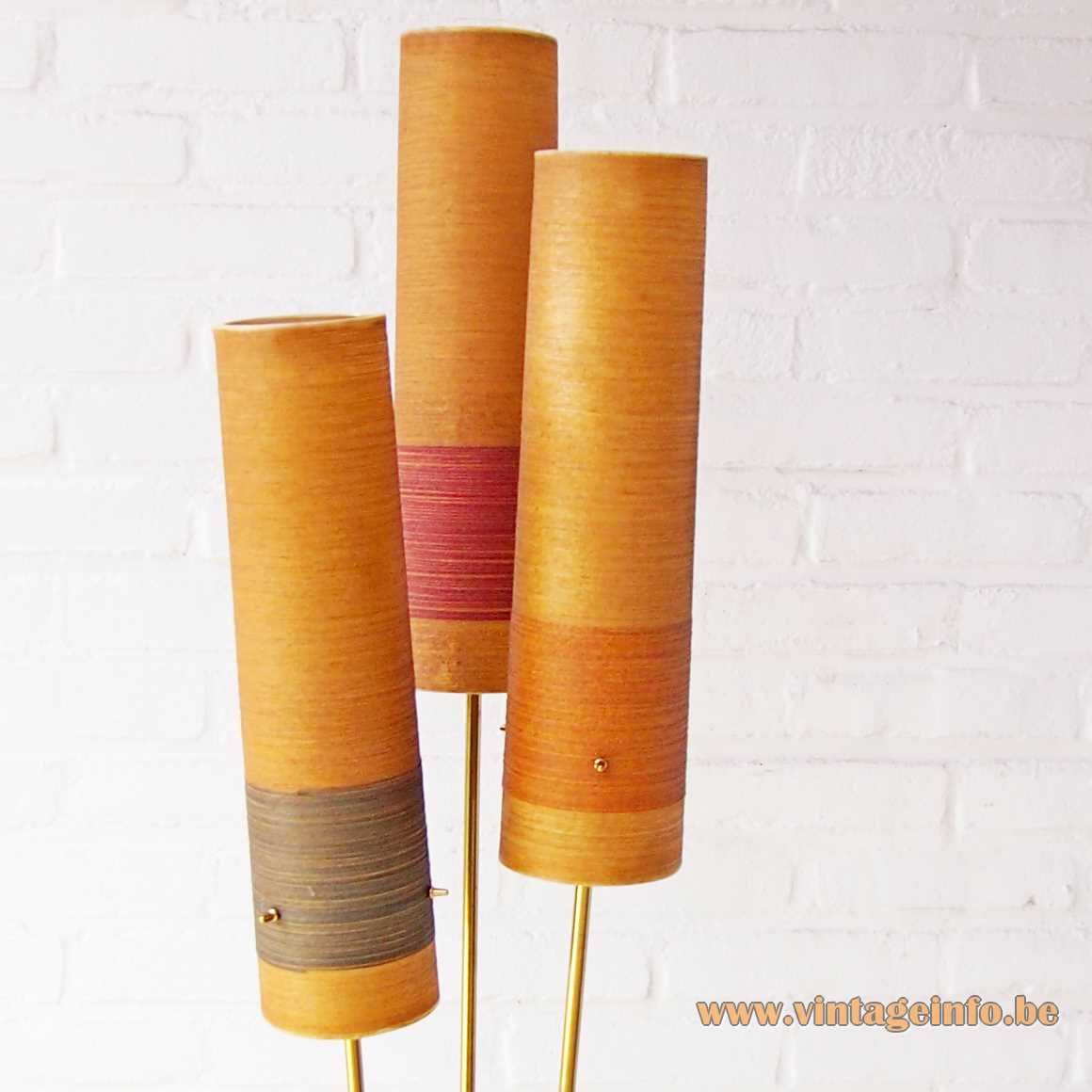 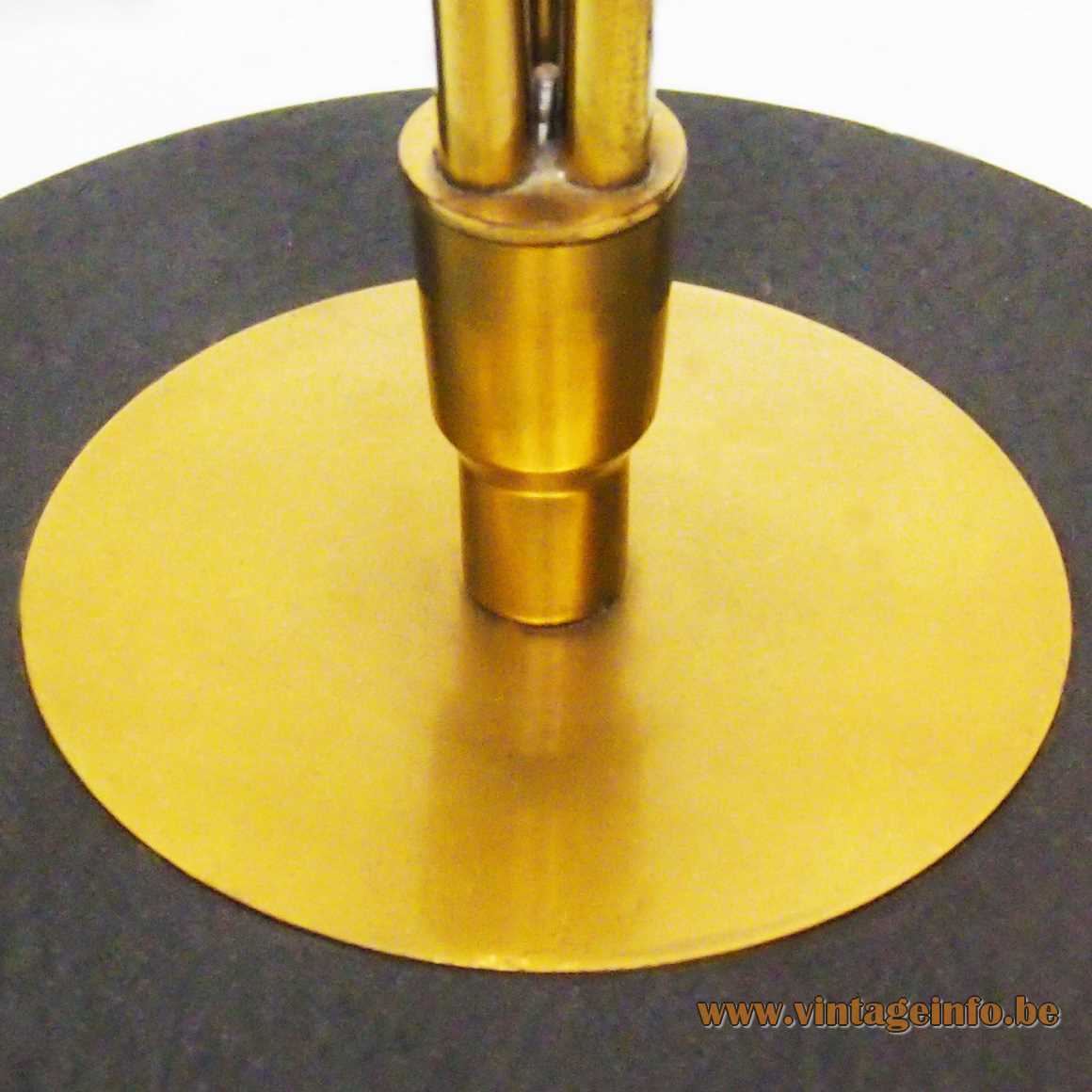 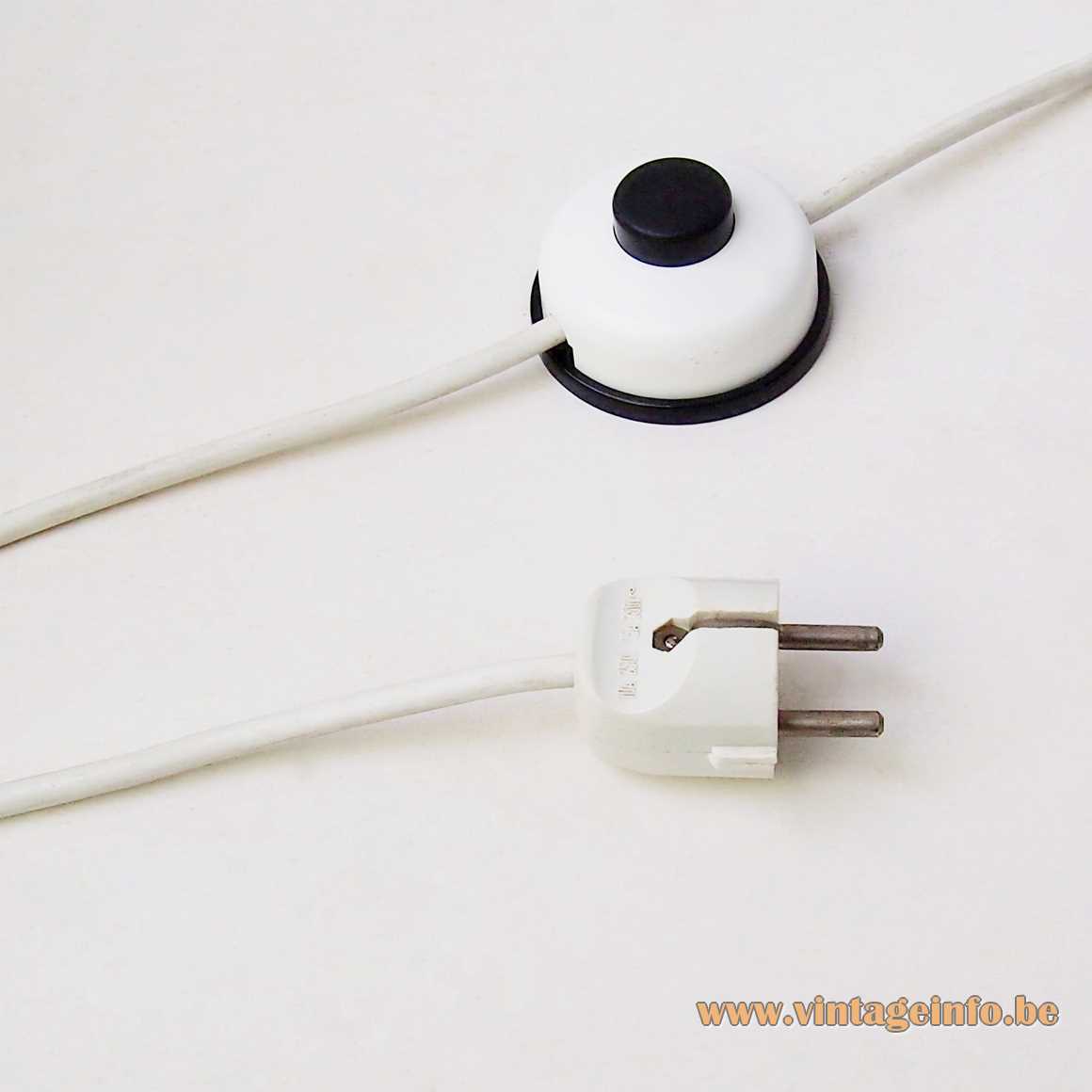