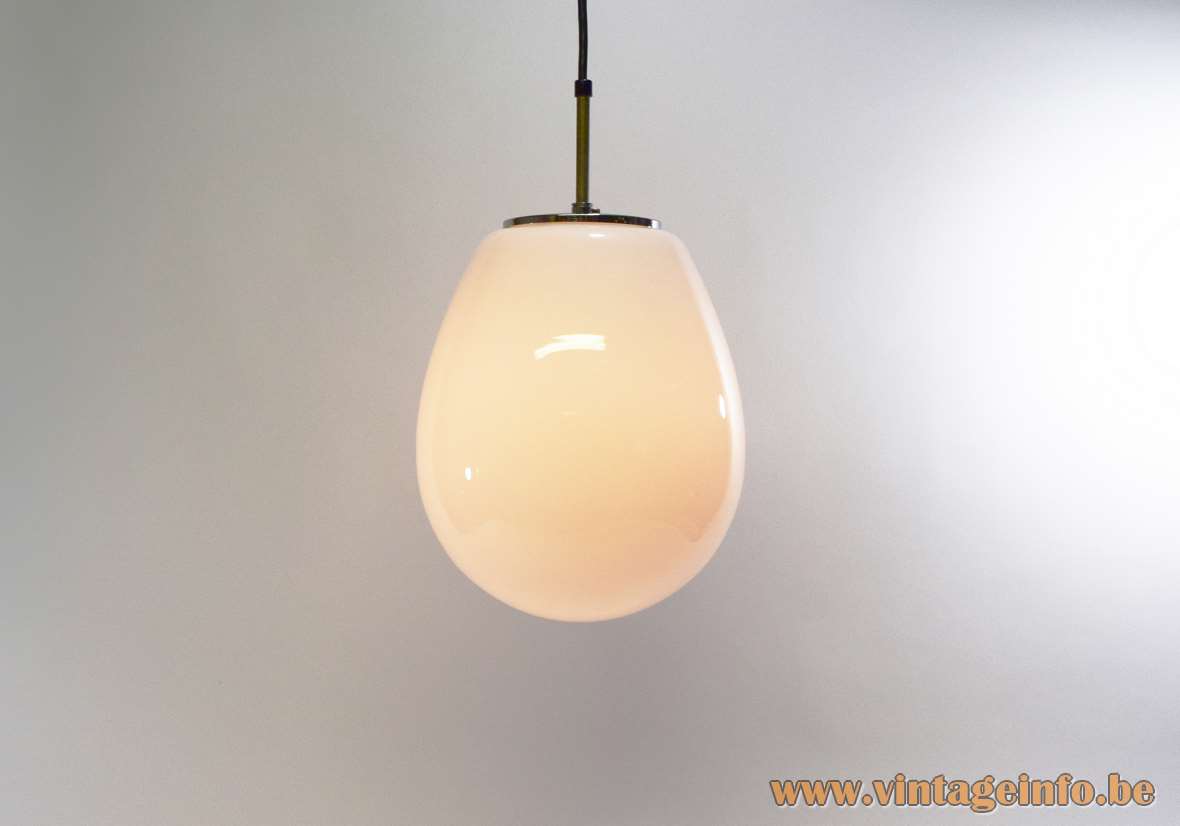 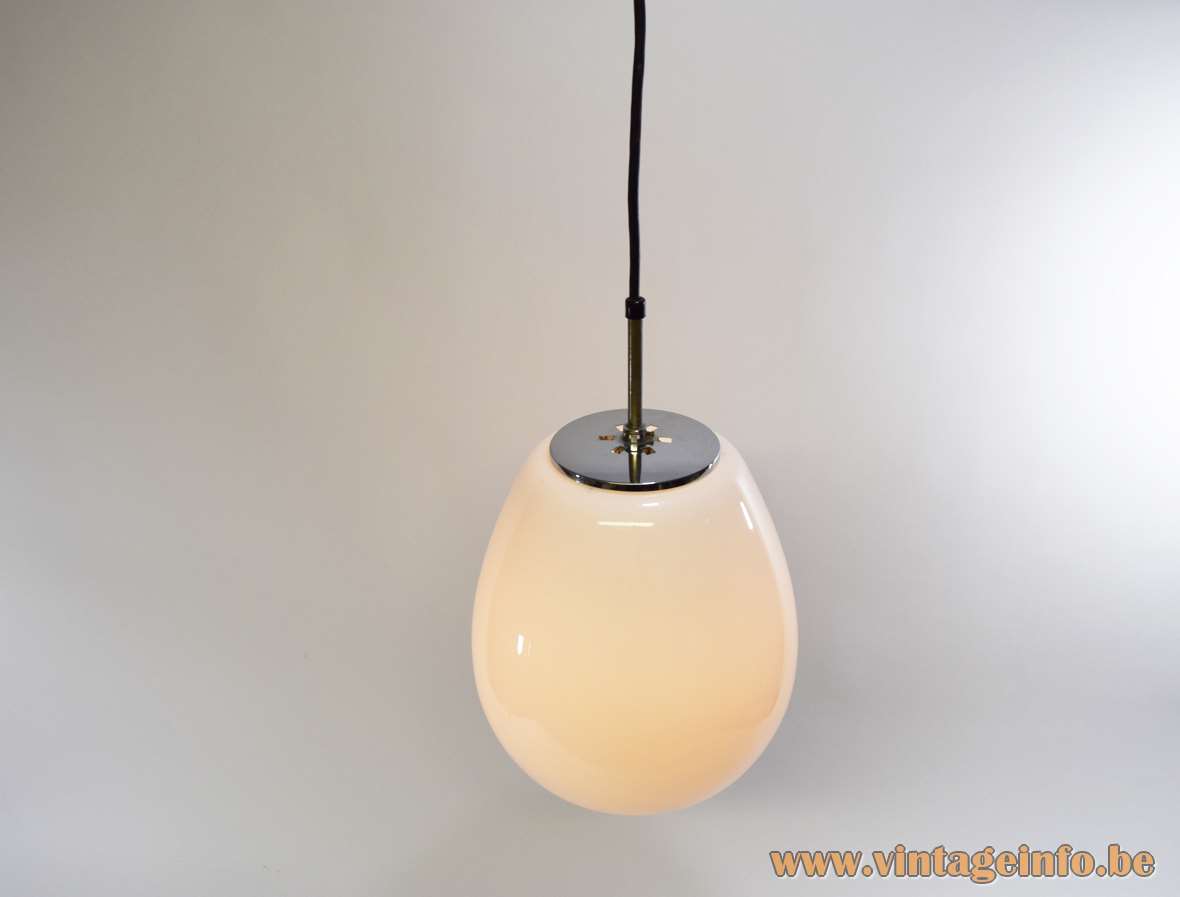 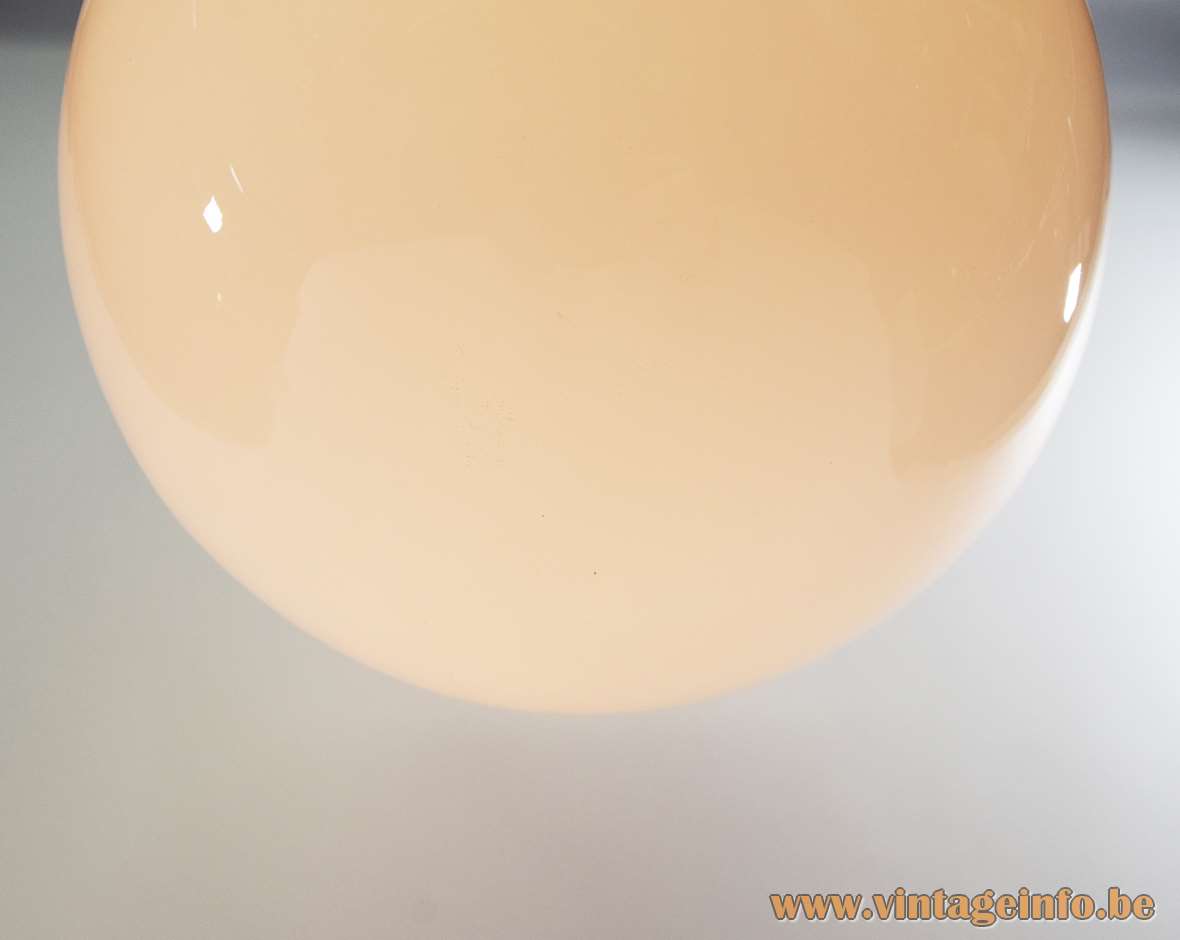 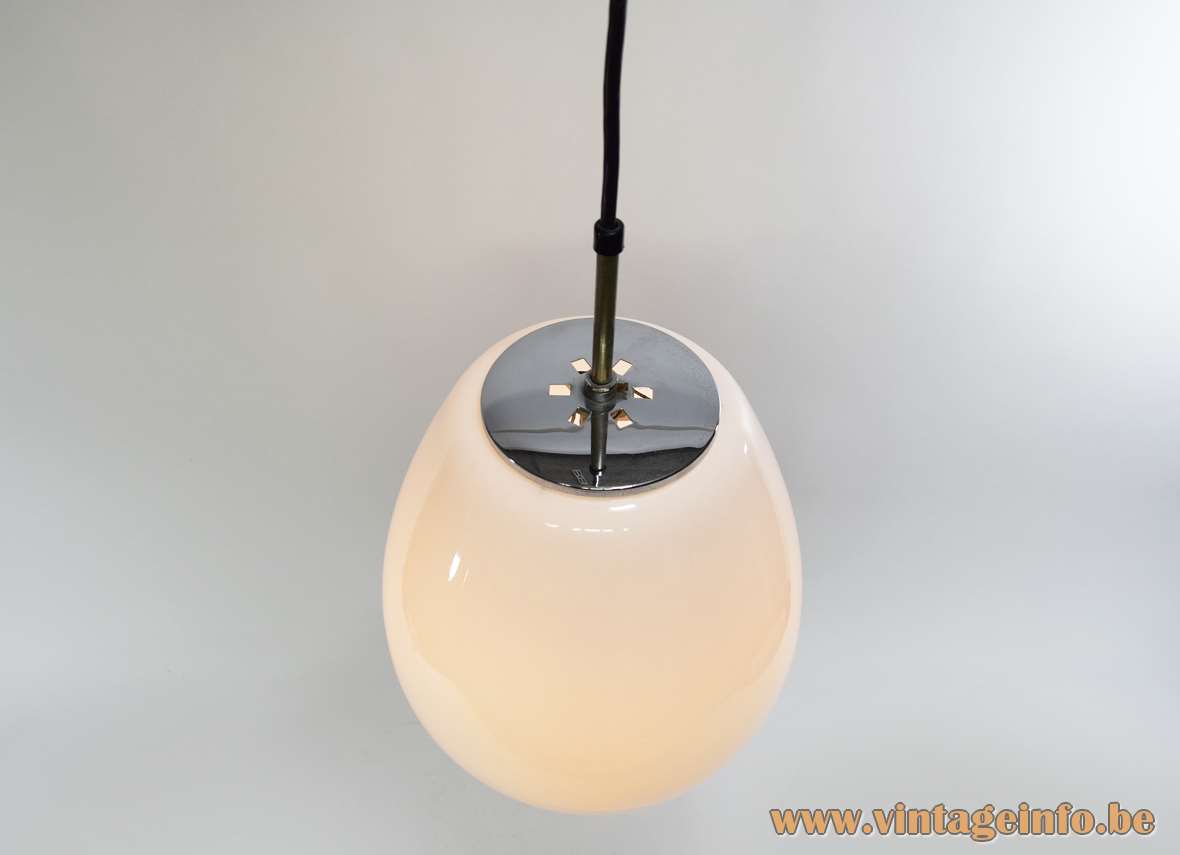 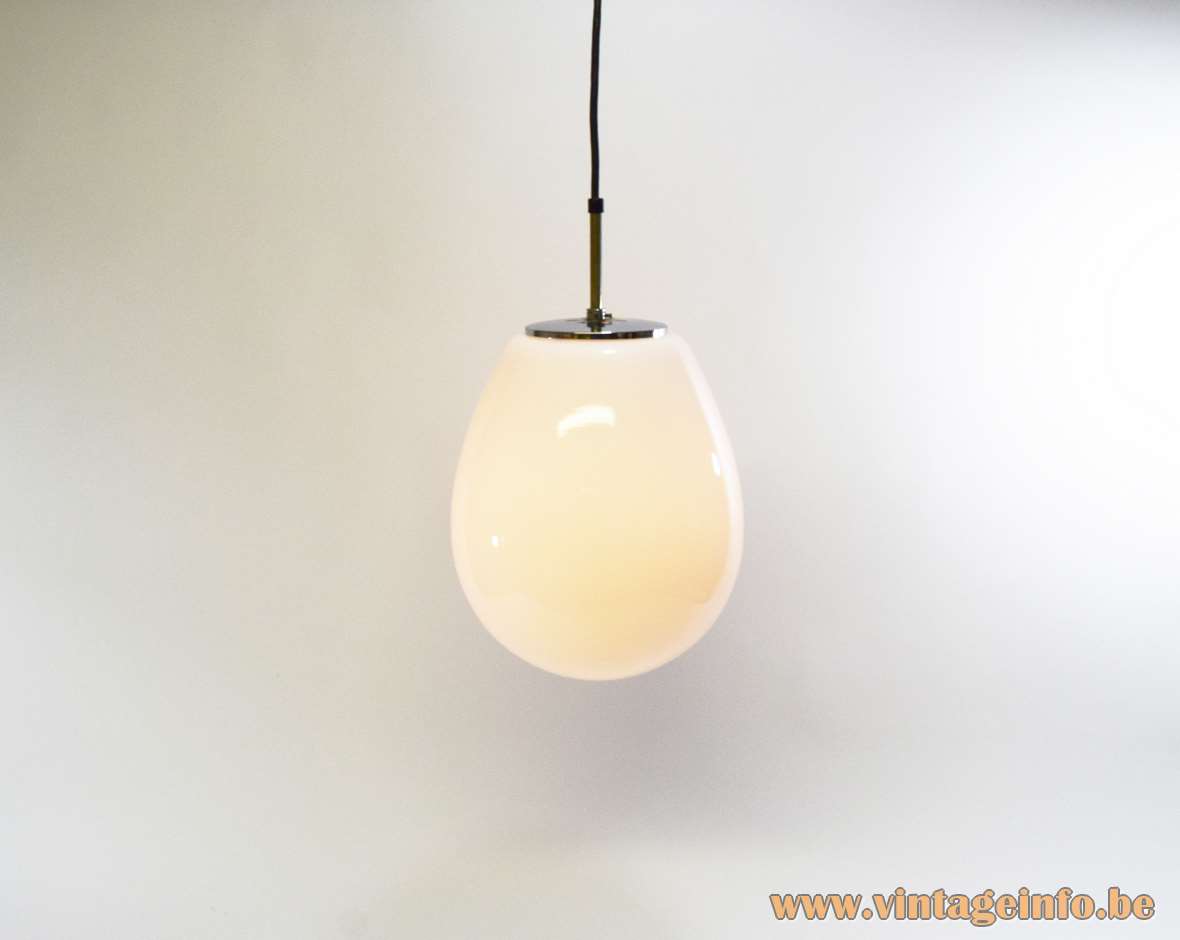 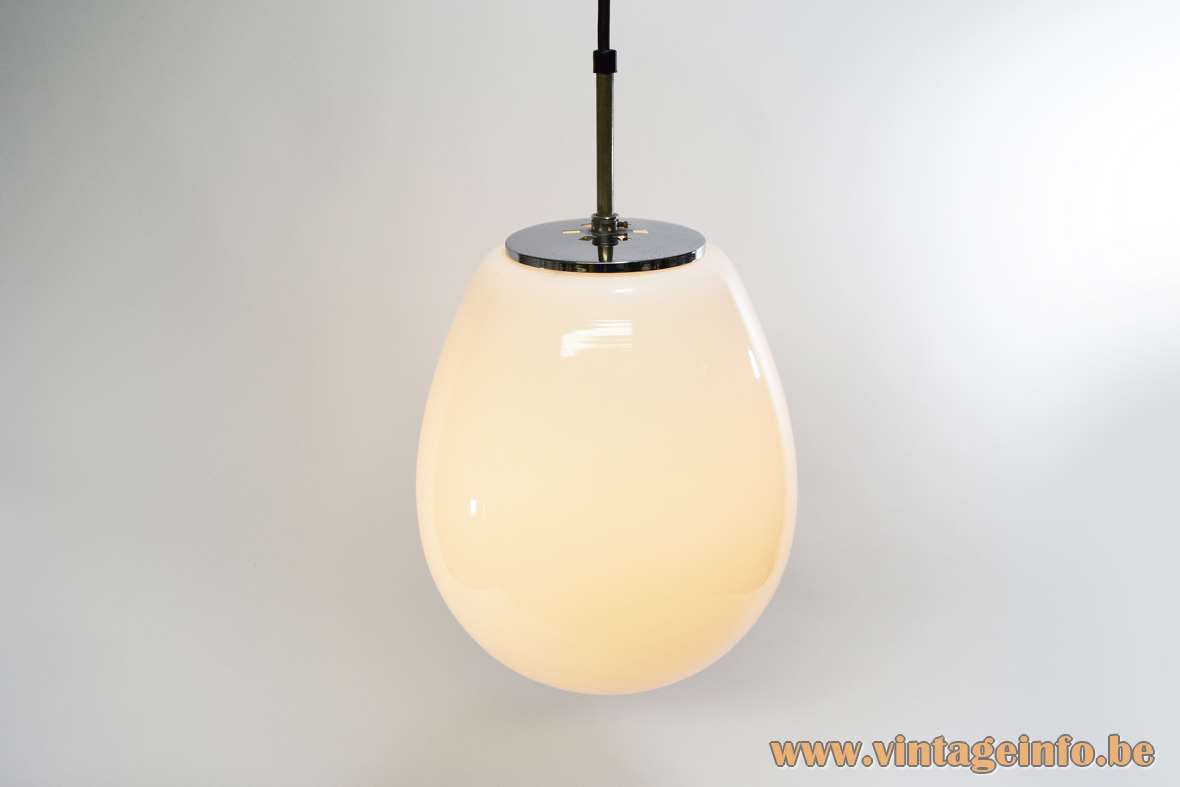 Designer: To be appraised. Designed in the Wilhelm Wagenfeld, Bauhaus/art deco style.

Other versions: This white opal droplet pendant lamp was probably made in several sizes. The label of the company is present.

The design of this pendant lamp is something in between the Lucia and Tropfen (drops) pendant lamps designed by Wilhem Wagenfeld for Peill + Putzler in 1952.