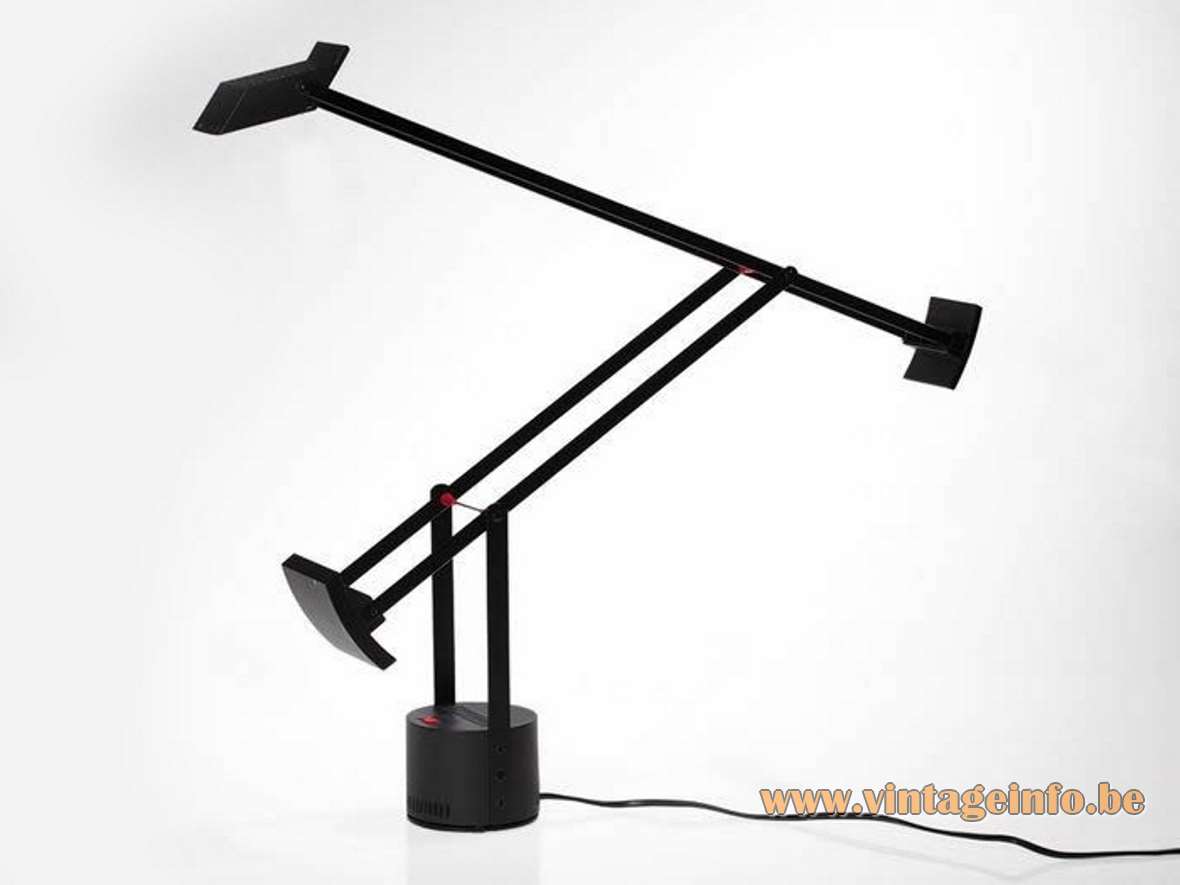 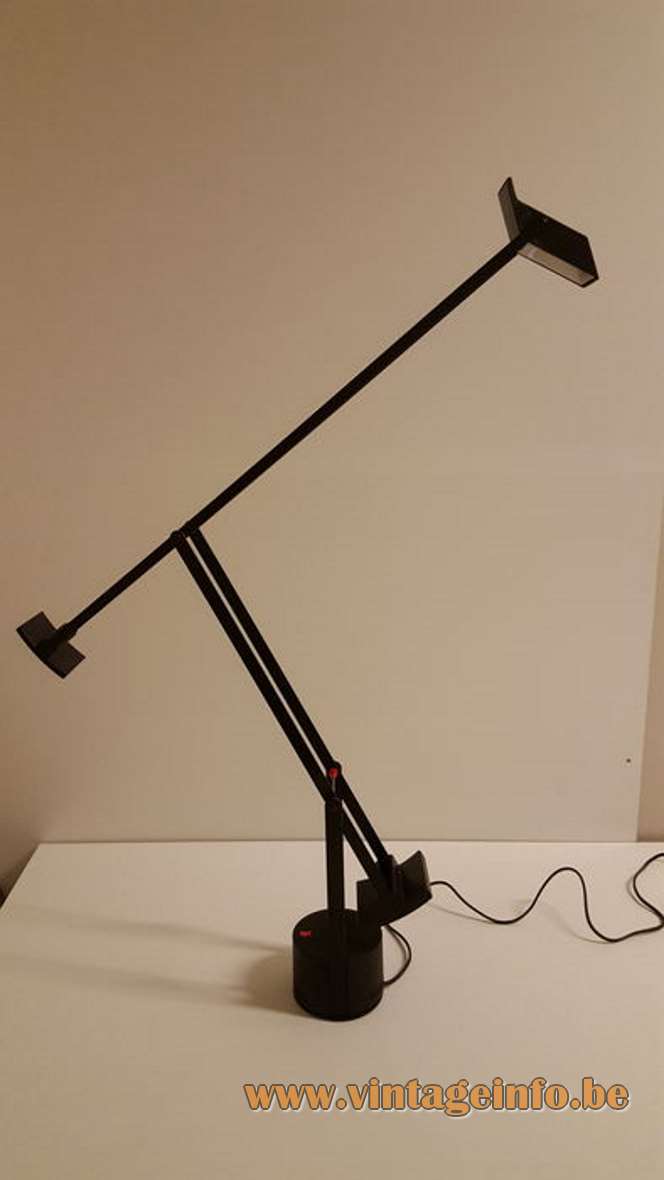 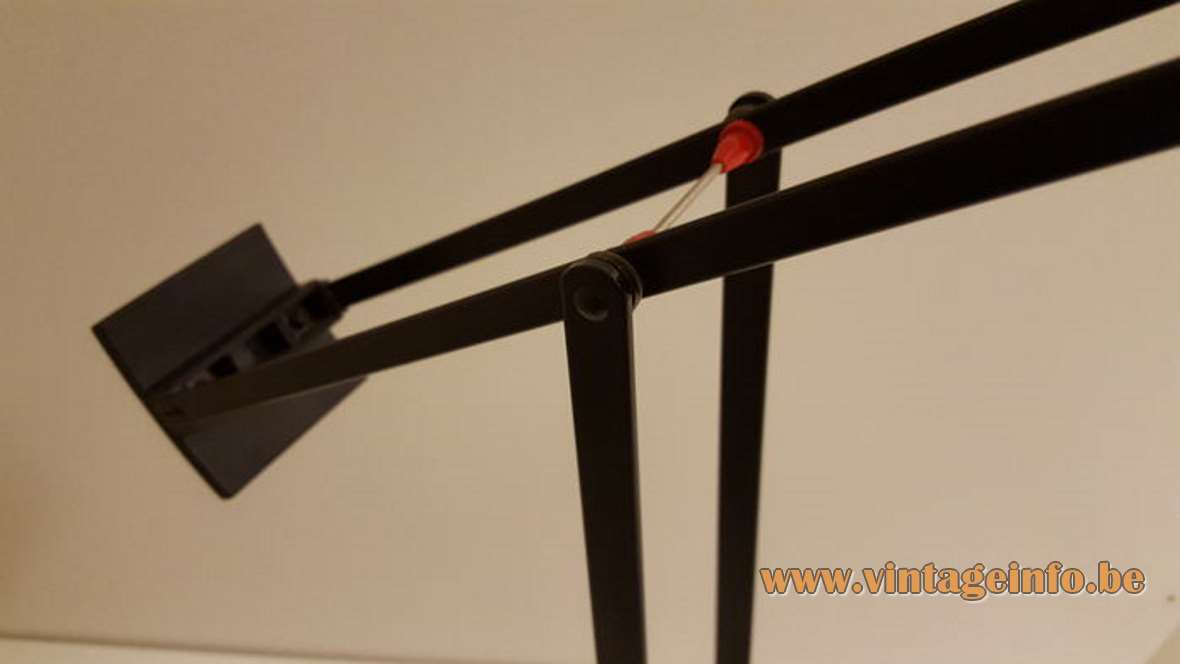 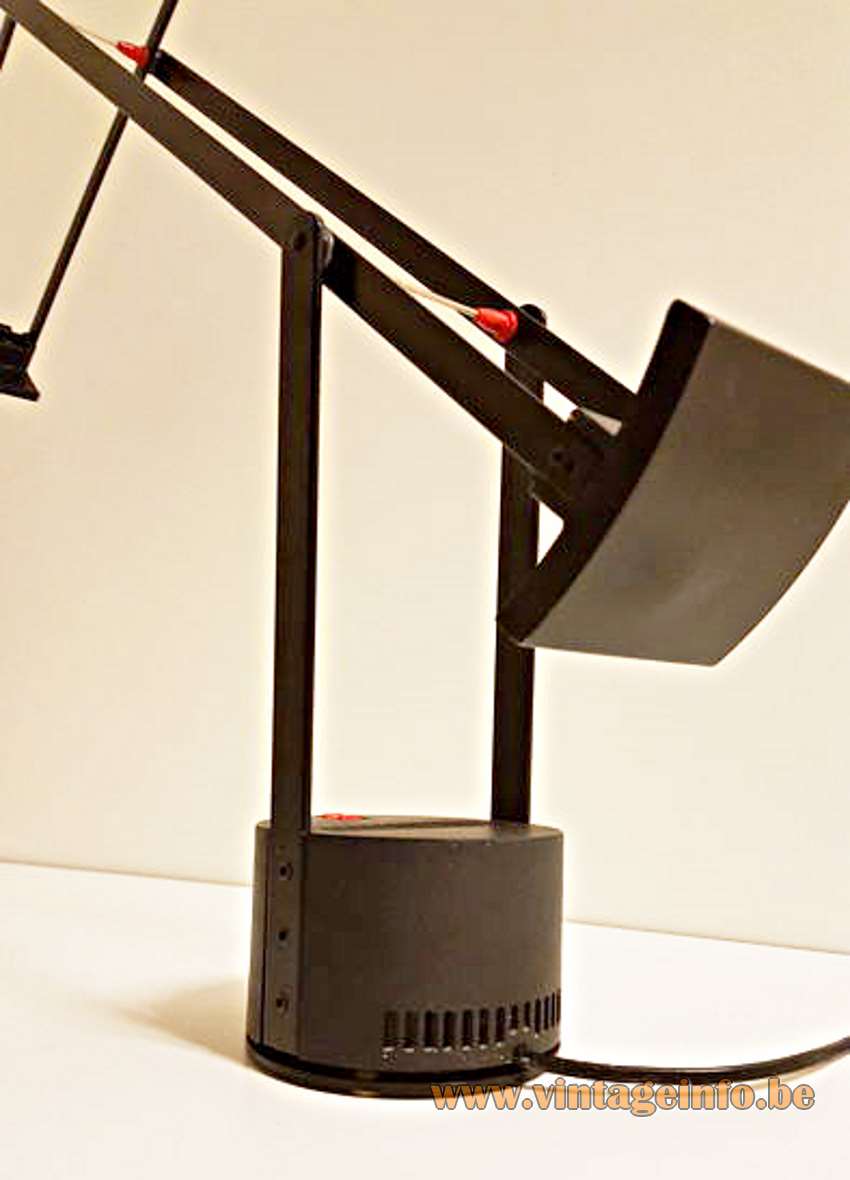 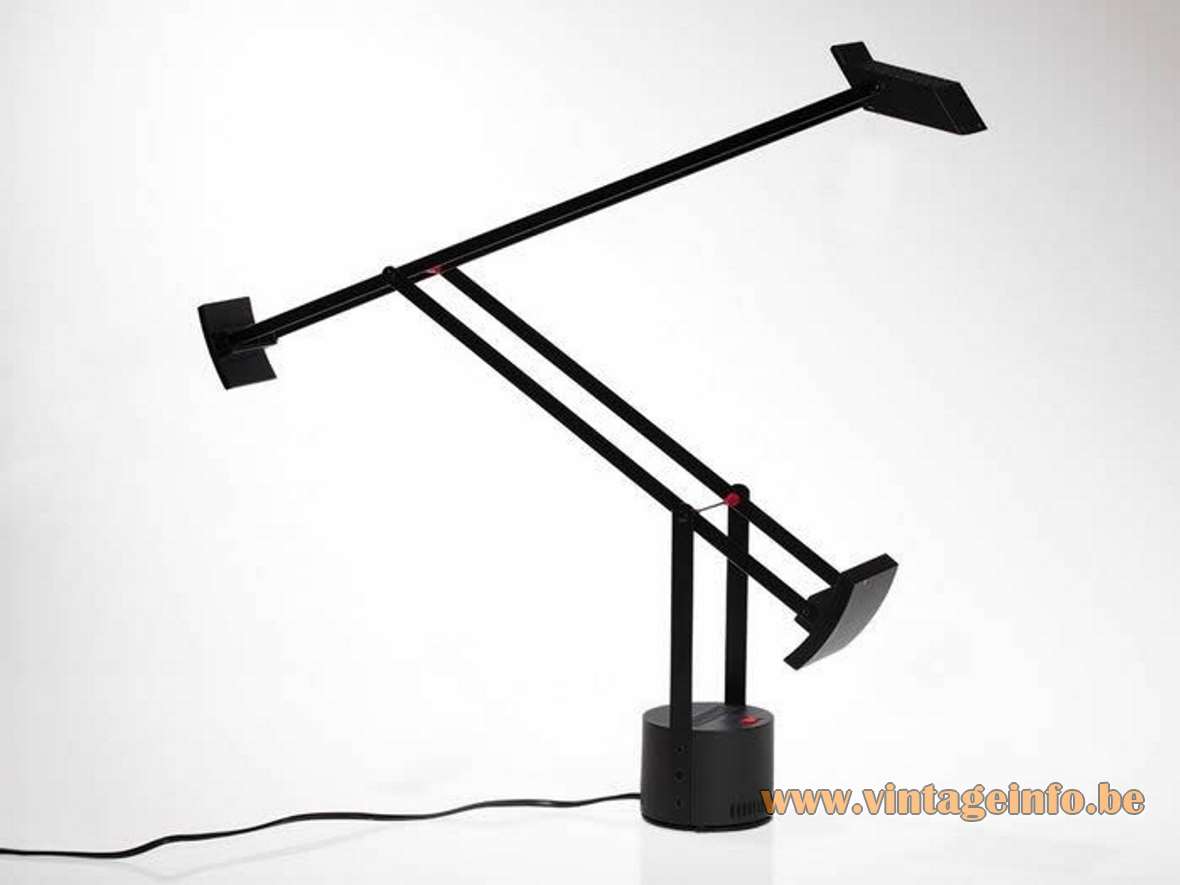 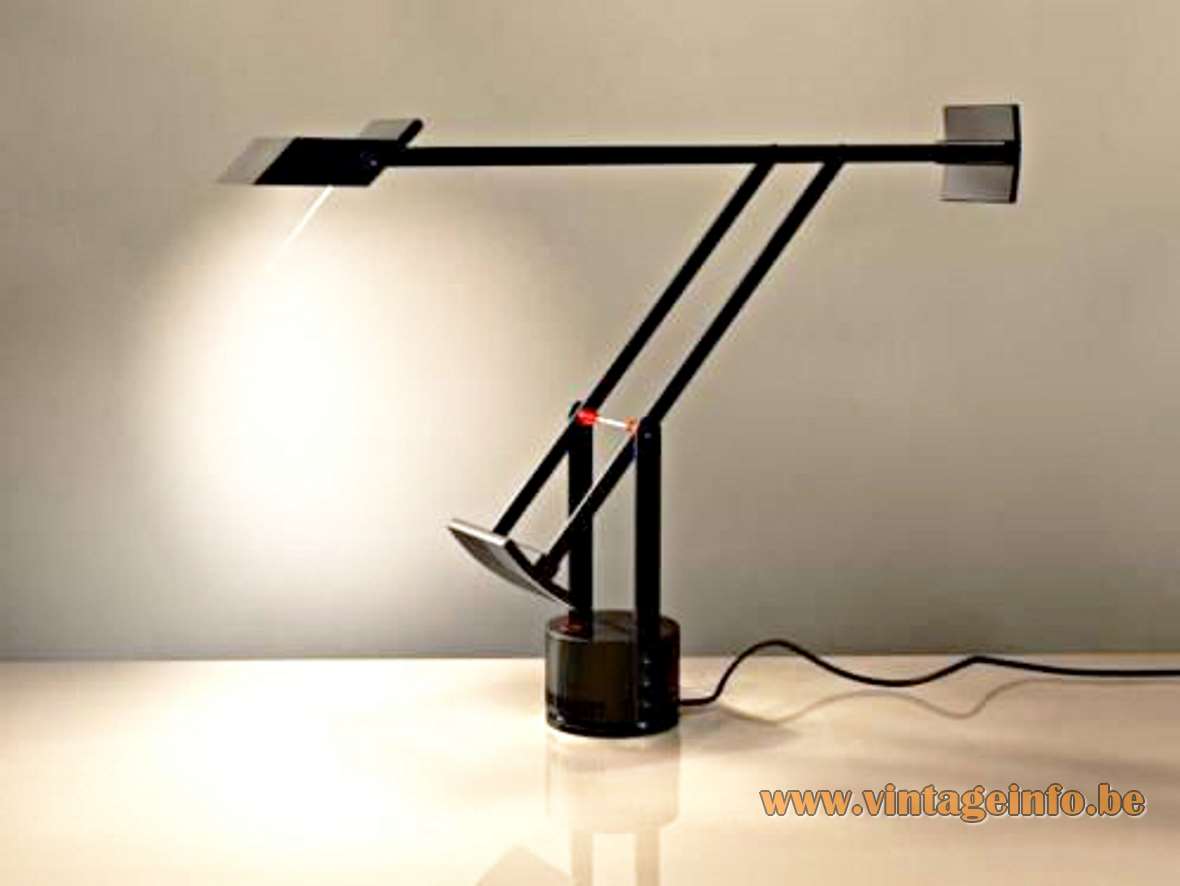 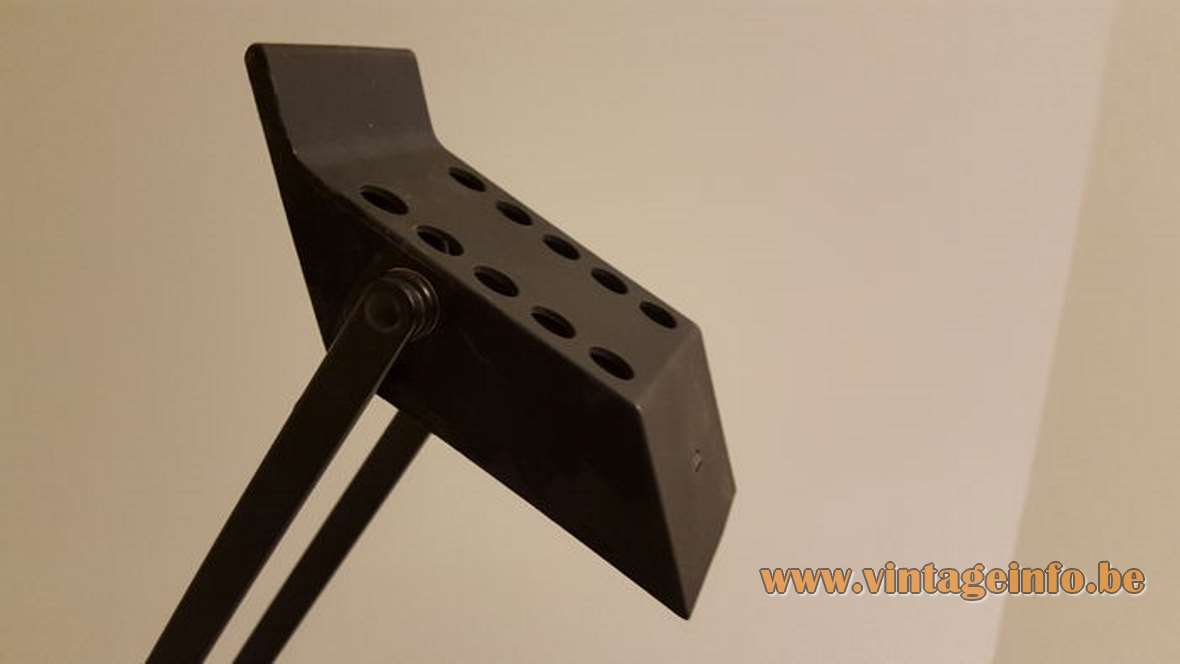 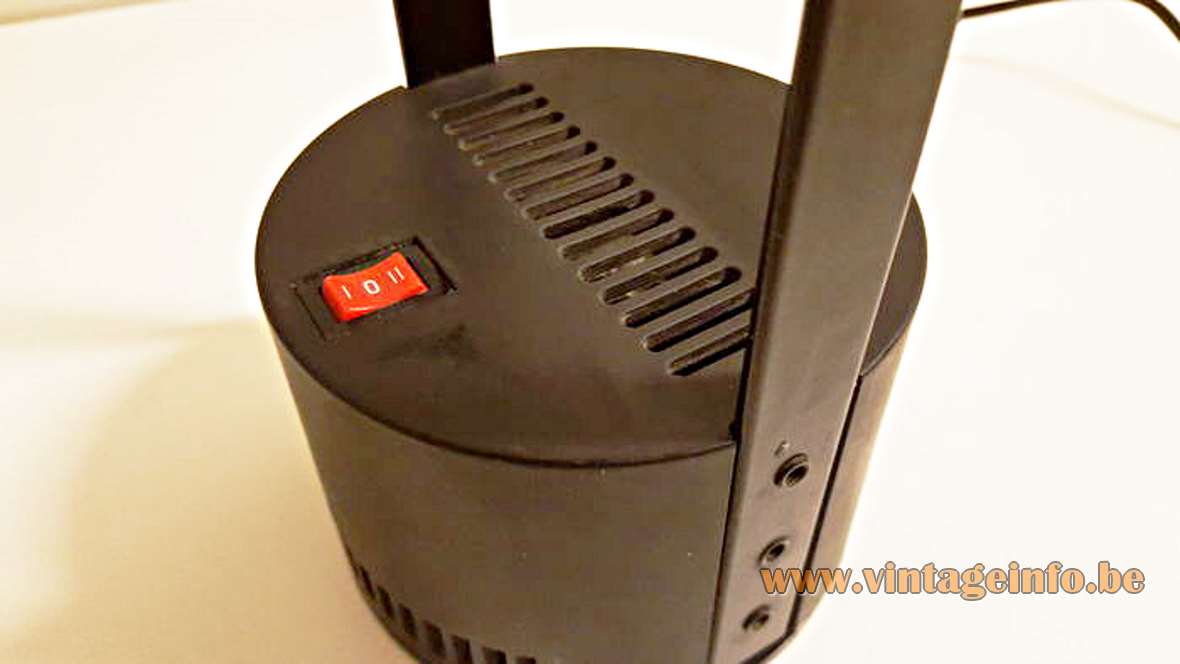 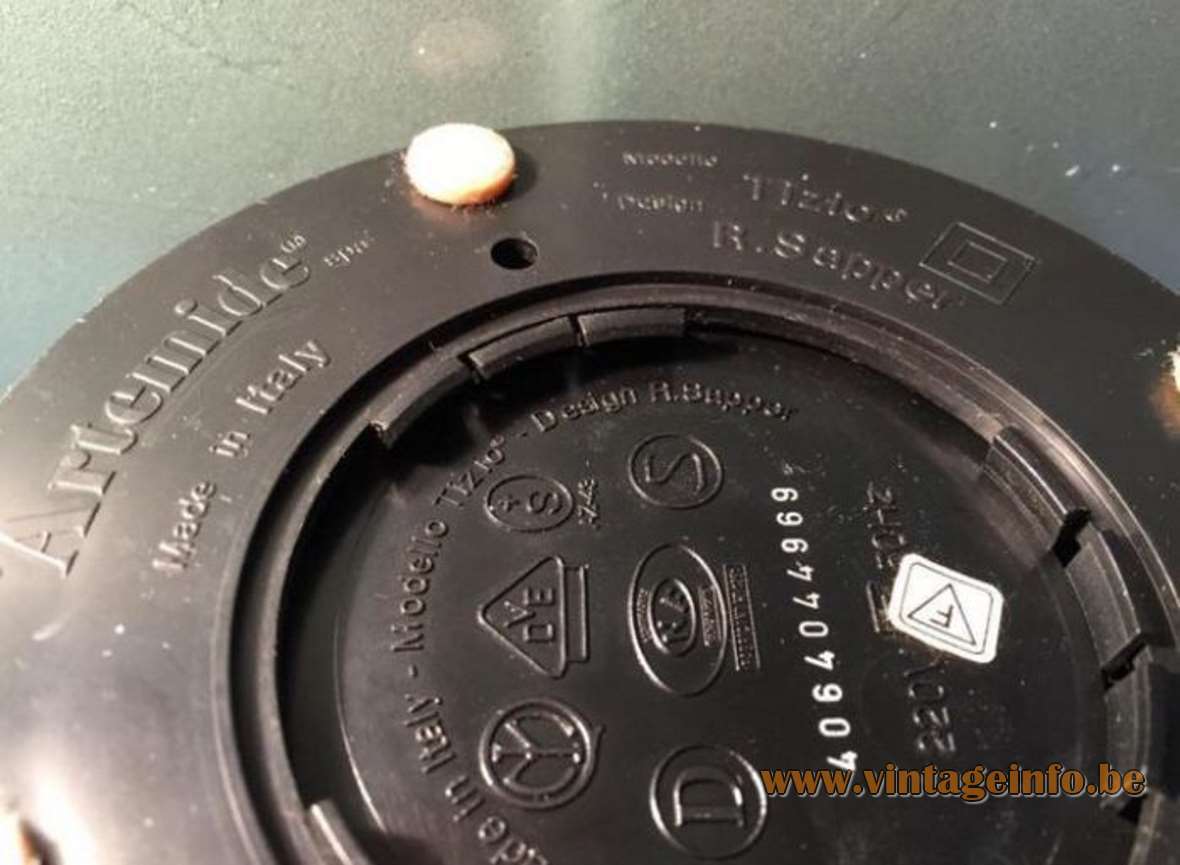 A white version of the Artemide Tizio 50 desk lamp was used as a prop in the 1979 James Bond film Moonraker with Roger Moore. This is the eleventh Bond film, the fourth with Roger Moore in the lead. The round white lamp on the right is the Artemide Vacuna. It was designed in 1968 by Eleonore Peduzzi Riva (born in Milan in 1939).

The Artemide Tizio 50 desk lamp was used as a prop in the French drama film Avant l’Hiver (Before the Winter Chill) from 2013. Starring Daniel Auteuil, Kristin Scott Thomas and Leïla Bekhti. The movie was directed by Philippe Claudel.

The Tizio table lamp on Wikipedia

Other versions: The smaller version of the Tizio is the “Tizio 35“. The floor lamp version is named “Tizio Terra 50“. These lamps are still in production and all spare parts are for sale.

They were made with or without a small handle on the lampshade. It depends on the period the were produced. The don’t appear with it in catalogues. Lamps from the 90s have it, but also early ones. Also a version with a dimmer exists.

The Tizio 50 can be placed in any position one desires. Its two counter-weights will always keep this desk lamp in balance. The electricity runs from the base, true the metal arms, to the light source. So there is no cord visible, other than the one that runs from the base to the electrical socket. This was quite ground-breaking at the time this desk lamp was designed. It is absolutely not dangerous. The light transforms its power to very low voltage in the base (12 volt).

Richard Sapper (30 May 1932 – 31 December 2015) was a German industrial designer. After pursuing courses in philosophy, anatomy, and engineering, he graduated with a business degree from the University of Munich.

He is considered one of the most important designers of his generation. His products typically feature a combination of technical innovation, simplicity of form and an element of wit and surprise. Sapper received many international design awards. His products are part of the permanent collections of many museums around the world. The New York’s Museum of Modern Art (MoMA), as well as London’s V& A, the Victoria and Albert Museum.

Richard Sapper claimed that he designed the Tizio desk lamp because he could not find a work lamp that suited him. “I wanted a small head and long arms; I didn’t want to have to clamp the lamp to the desk because it’s awkward. And I wanted to be able to move it easily.”

The Artemide Group is based in Pregnana Milanese, Italy. It was founded in 1960 by Ernesto Gismondi. The company is best known for the Tizio desk lamp designed by Richard Sapper. The Tolomeo desk lamp designed by Michele De Lucchi and Giancarlo Fassina in 1986 and many other beautiful lamps en furniture they produced over the years. Their products are distributed in 98 countries (2019). Many awarded designs were created. Several of the first designs are still in production. 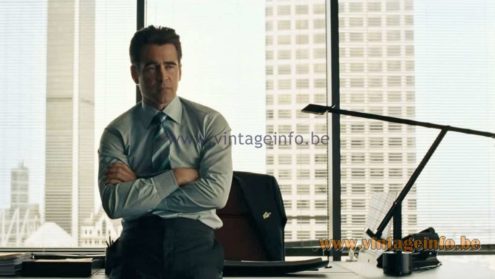 The Artemide Tizio 50 desk lamp was used as a prop in the 1981 French action film Le Professionnel (The Professional). A movie directed by Georges Lautner. Starring Jean-Paul Belmondo as secret agent Josselin Beaumont. The soundtrack was composed by Ennio Morricone. 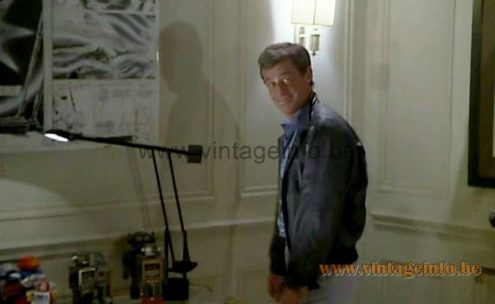 The Artemide Tizio 50 desk lamp  – 1995 publicuty, with the small handle on the lampshade. 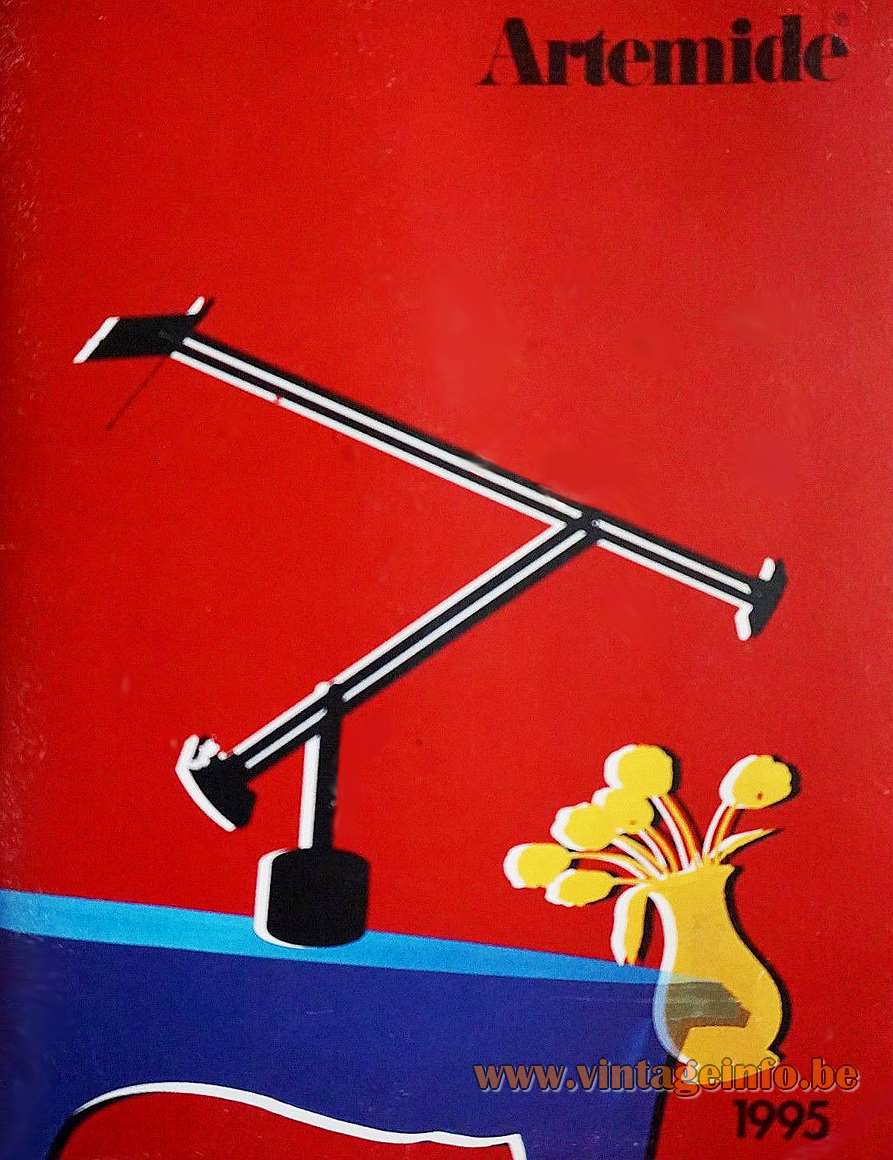