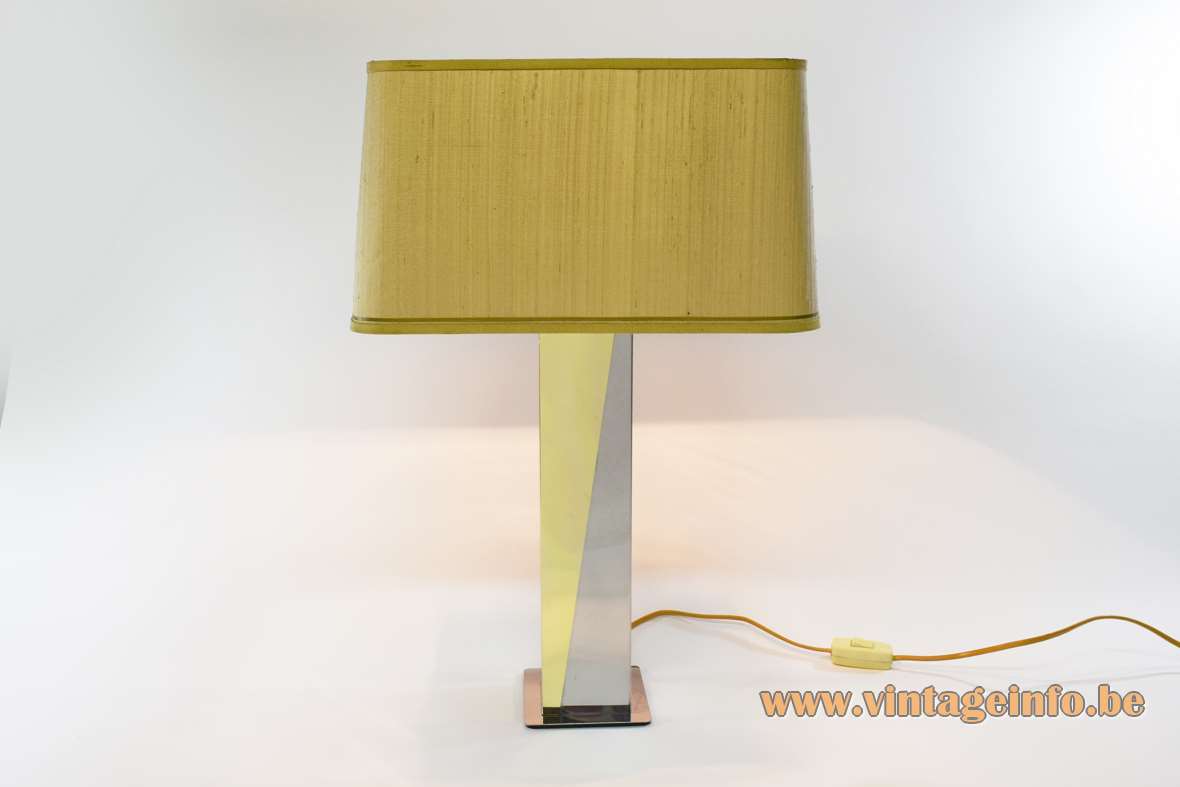 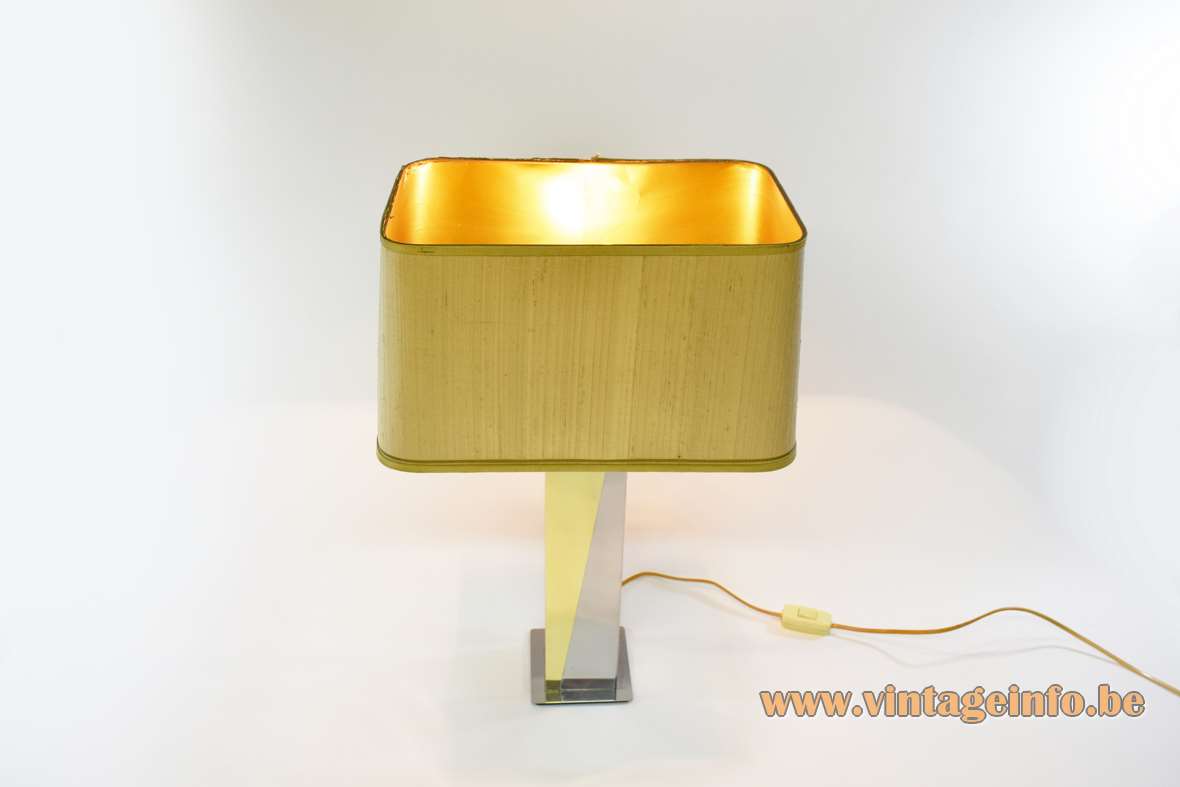 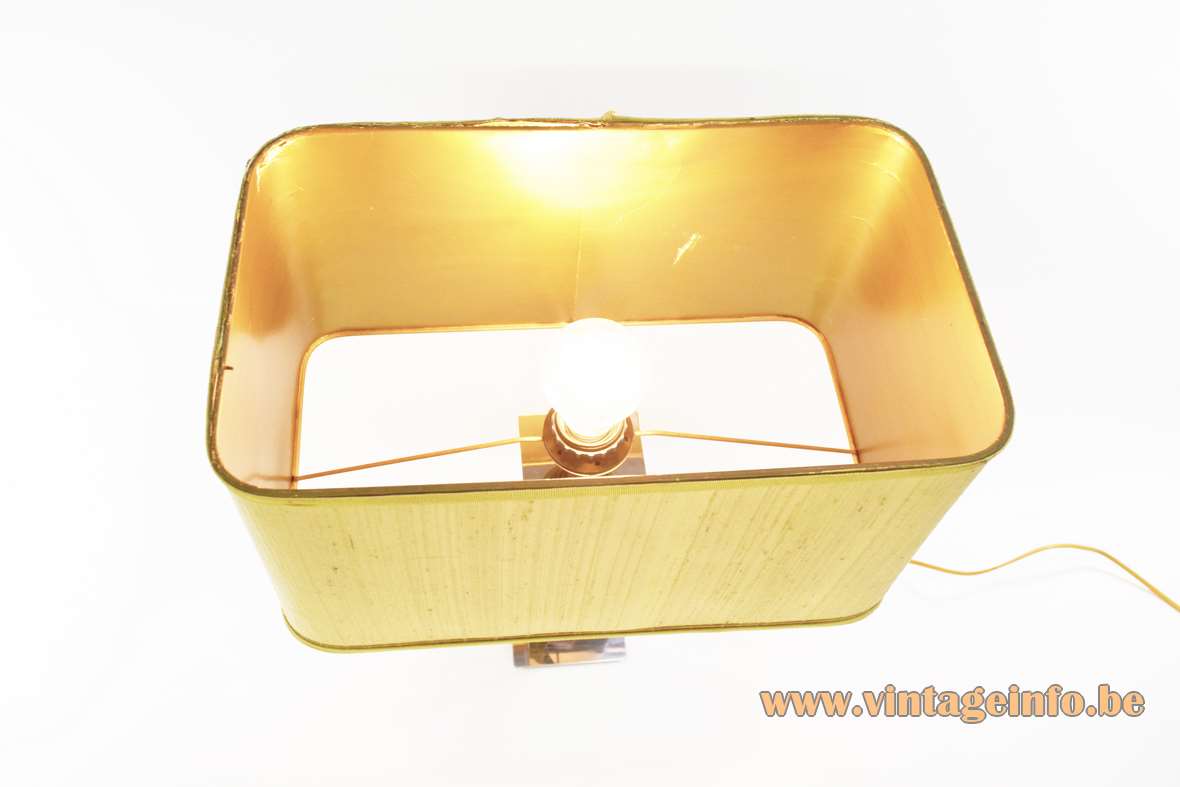 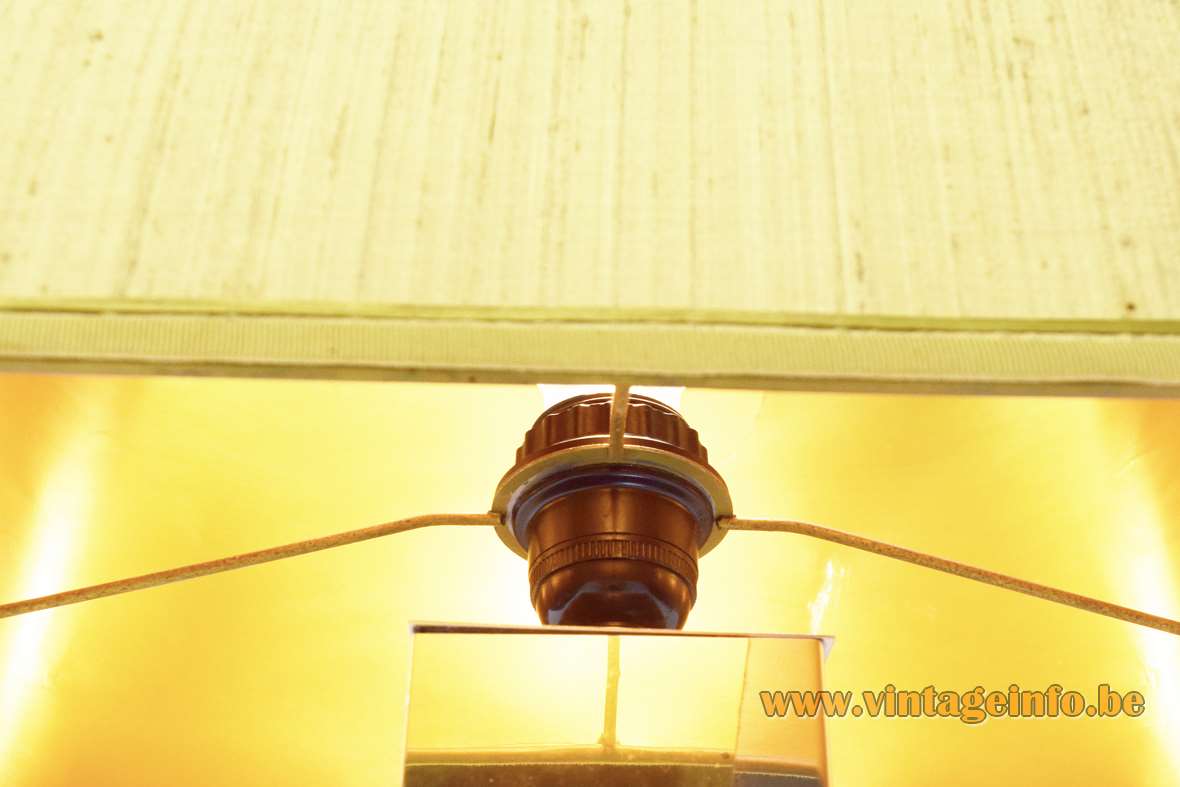 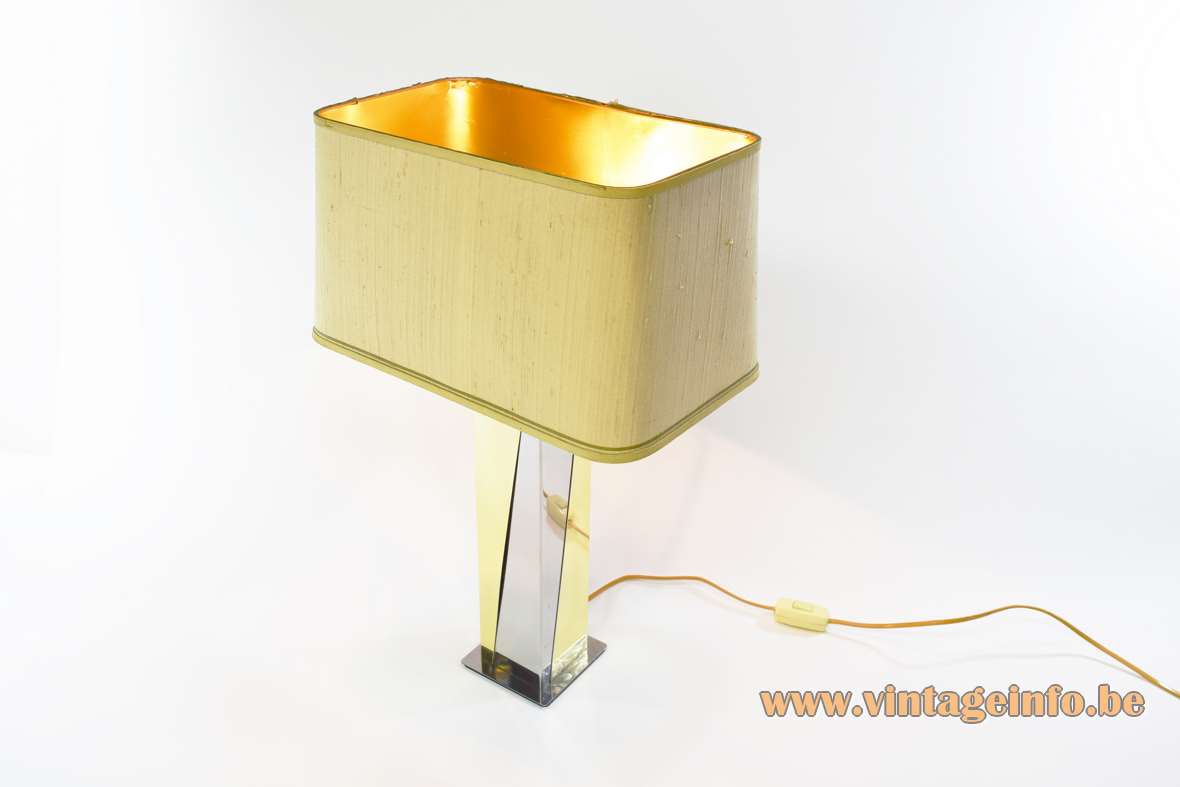 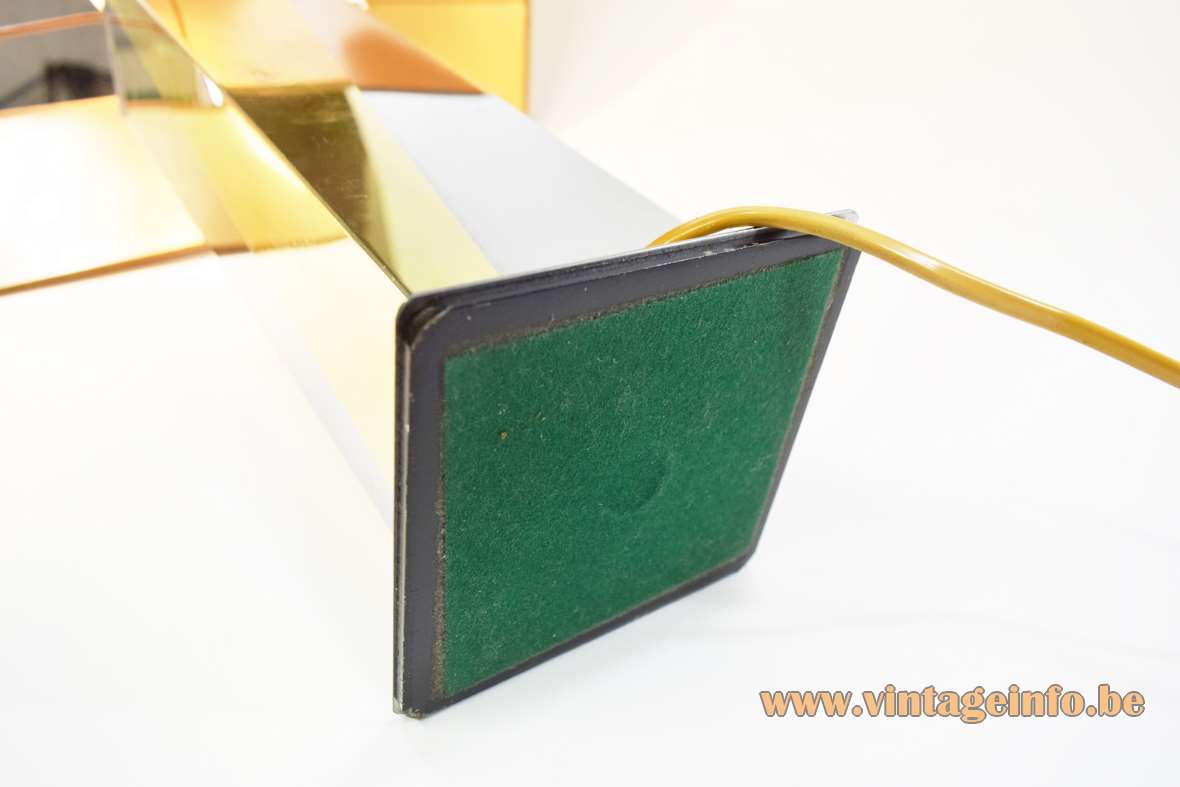 Other versions: This brass and stainless steel table lamp was also made as a floor lamp. Unusual lamp. Most of these type of lamps from that period were made in chromed metal (iron) and brass.

Stainless steel, also known as Inox from the French inoxydable, is a steel alloy.