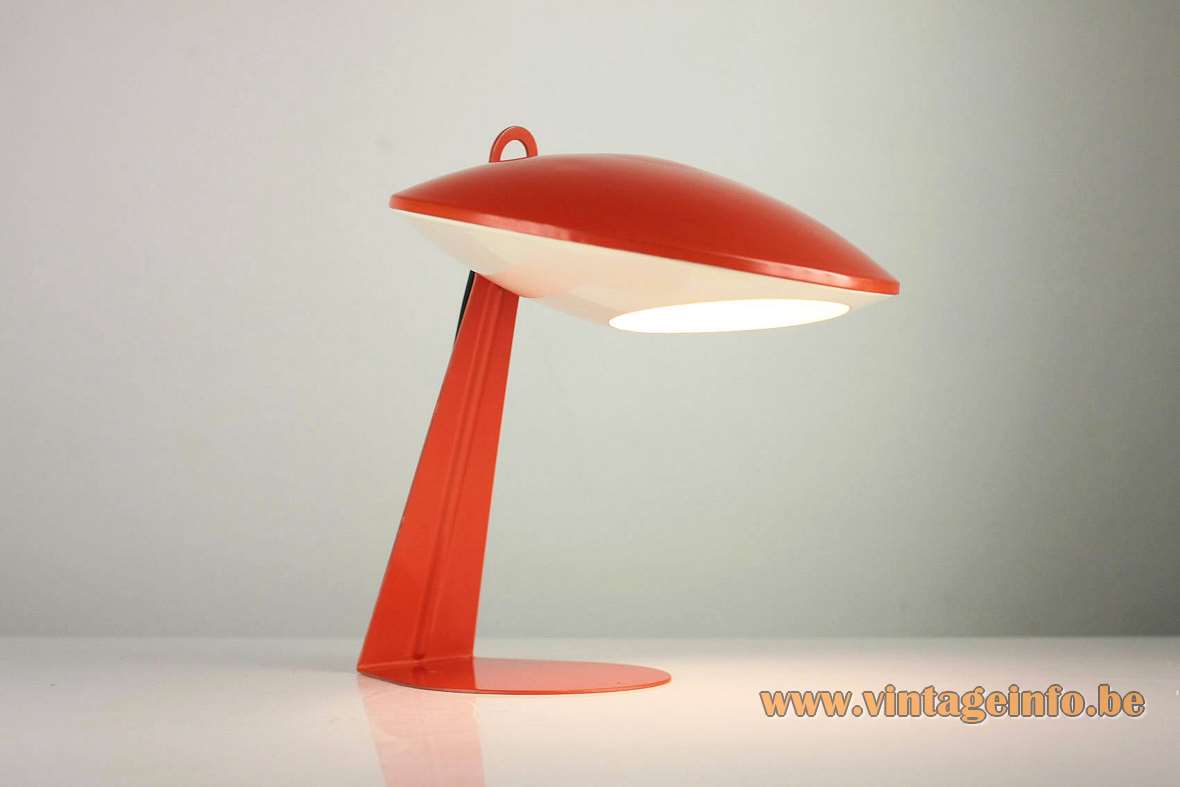 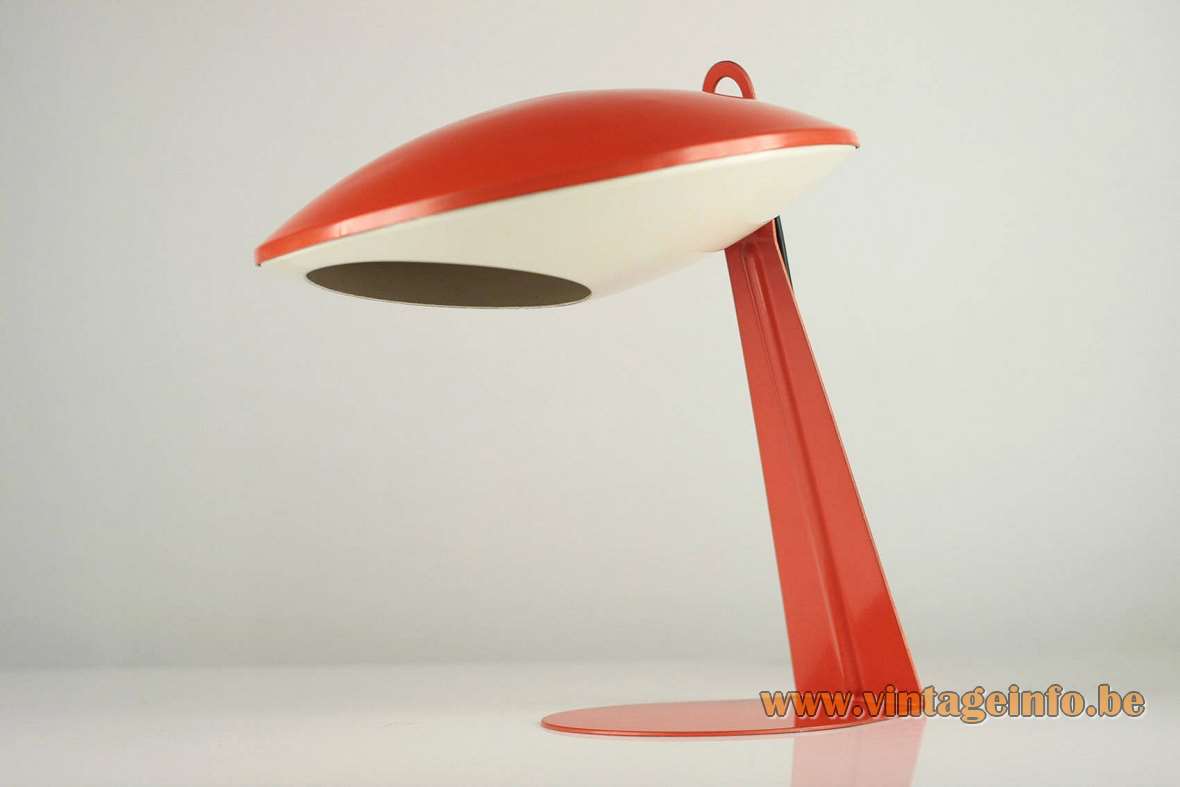 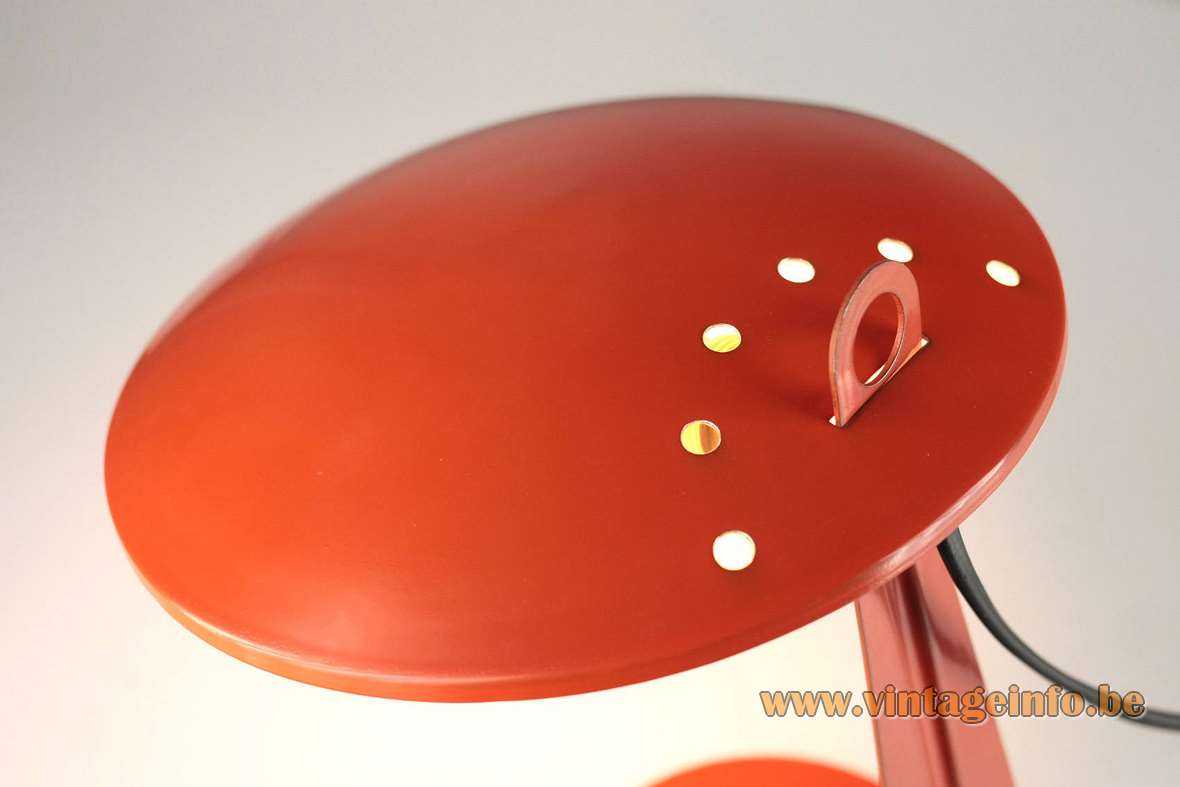 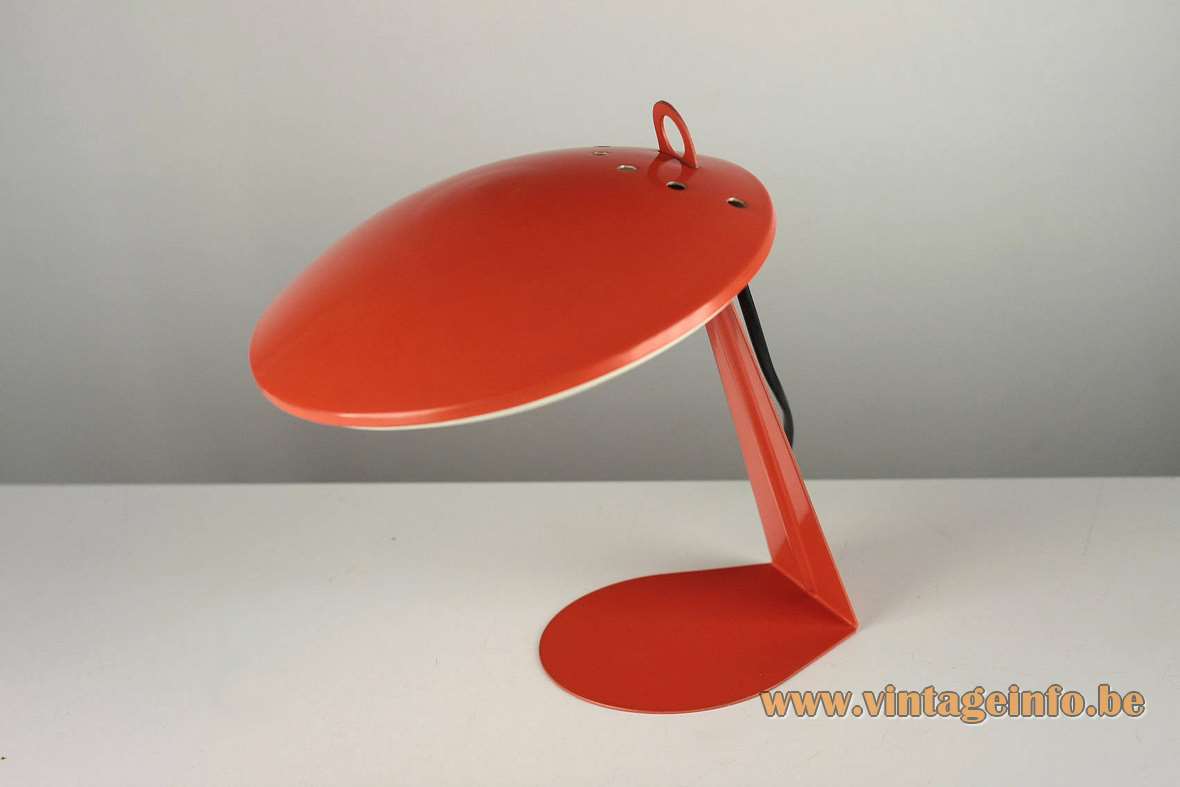 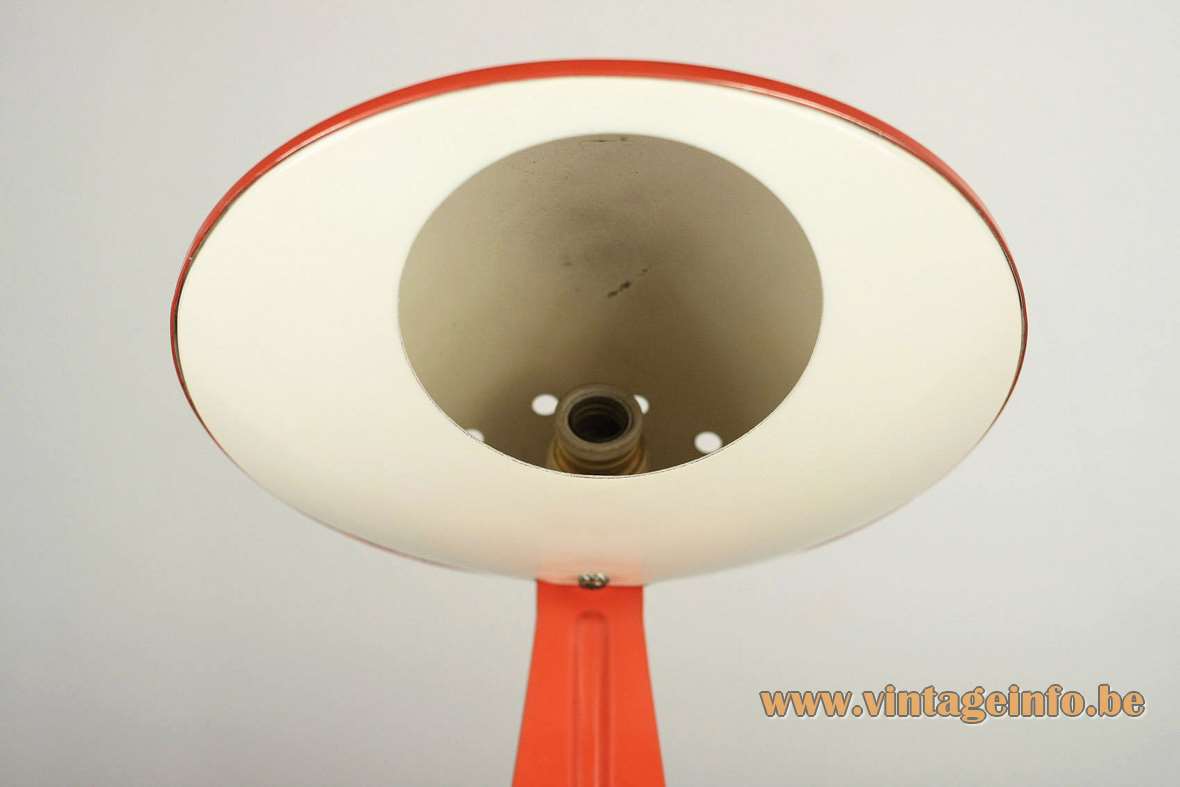 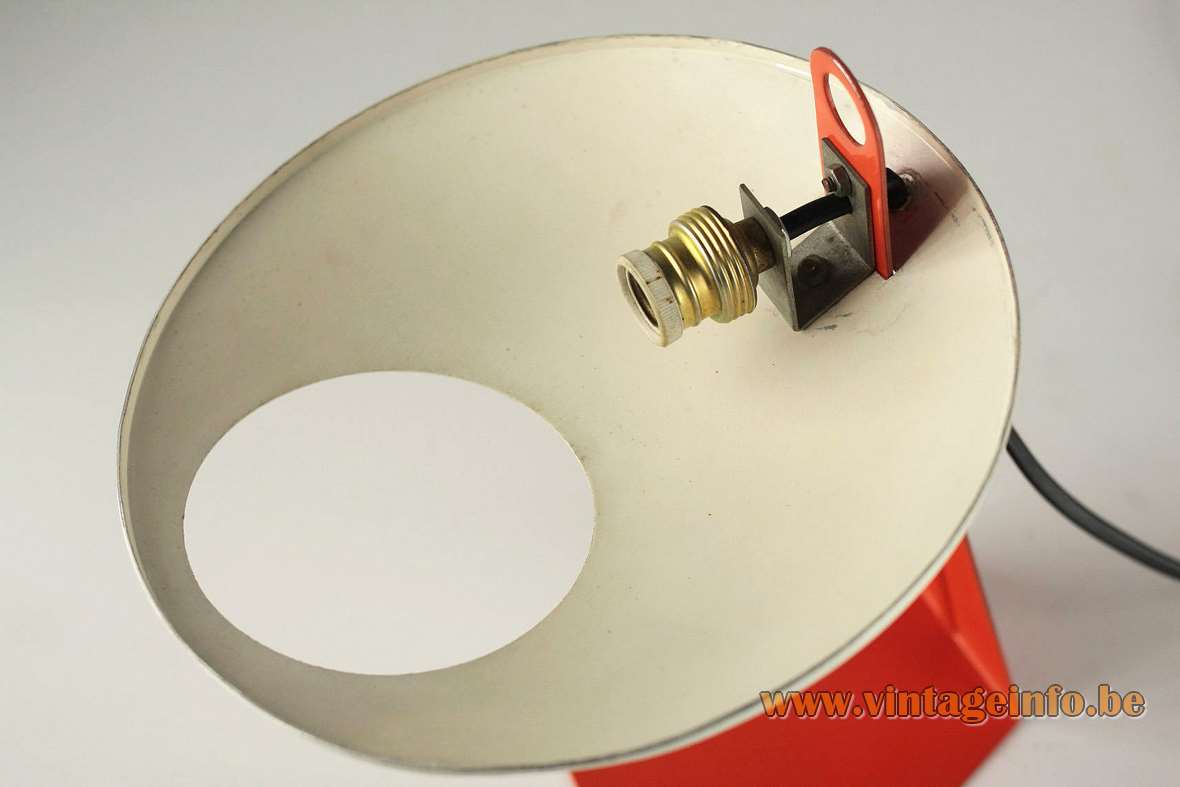 A red Aluminor UFO desk lamp with a the same lampshade, but another base, was used as a table lamp in the 2021 American biographical crime drama film House of Gucci. Starring: Lady Gaga, Adam Driver, Jared Leto and several other famous stars. Many other beautiful lamps appear in this movie. But sometimes time travellers pass by. For example, a lady is playing on the dance floor in a disco in the 70s with a plastic LED globe lamp that changes colour all the time. Some recent Chinese gadget. LED already existed, but could not change colour yet.

A gold coloured Aluminor UFO desk lamp with a the same lampshade, but another base, was used as a prop in the 2020 Italian comedy-drama film L’Incredibile Storia dell’Isola Delle Rose (Rose Island). Starring: Elio Germano, Matilda De Angelis and Leonardo Lidi.

Other versions: This Aluminor UFO desk lamp exists in several colours. The lampshade was used for many other lamps, all with a different base. The design of the lampshade is reminiscent to a design by the Italian designer Oscar Torlasco for Lumi, his model 567 desk lamp fom 1959.

A gold coloured Aluminor UFO desk lamp with a the same lampshade, but another base, was used as a prop in the Italian crime TV mini series Maltese – Il Romanzo del Commissario from 2017. Starring Kim Rossi Stuart and Rike Schmid. 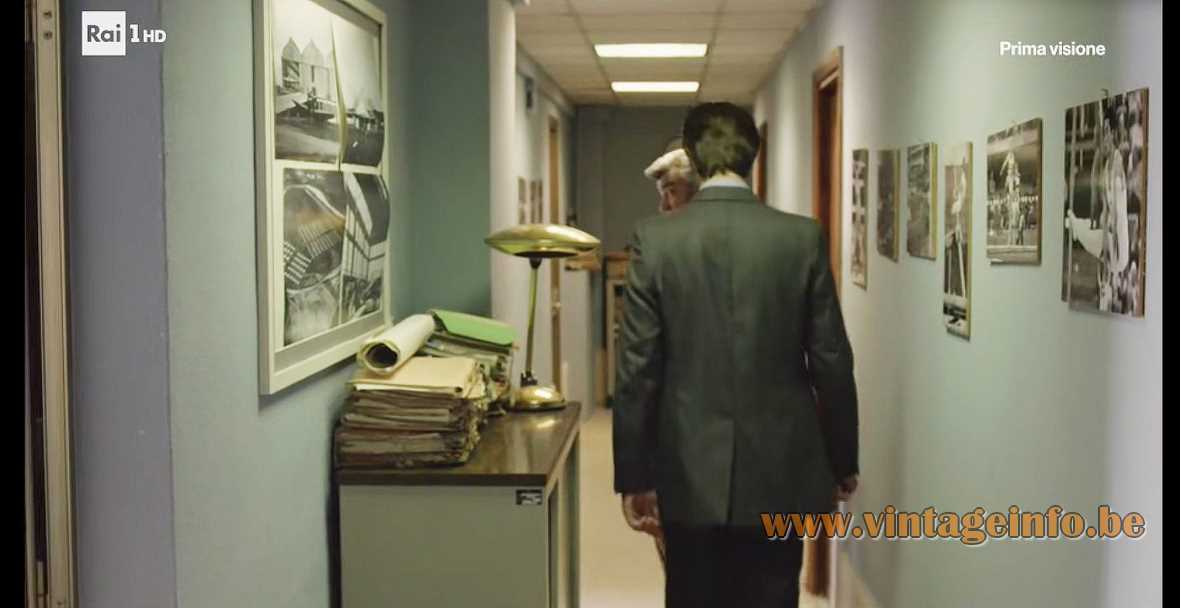