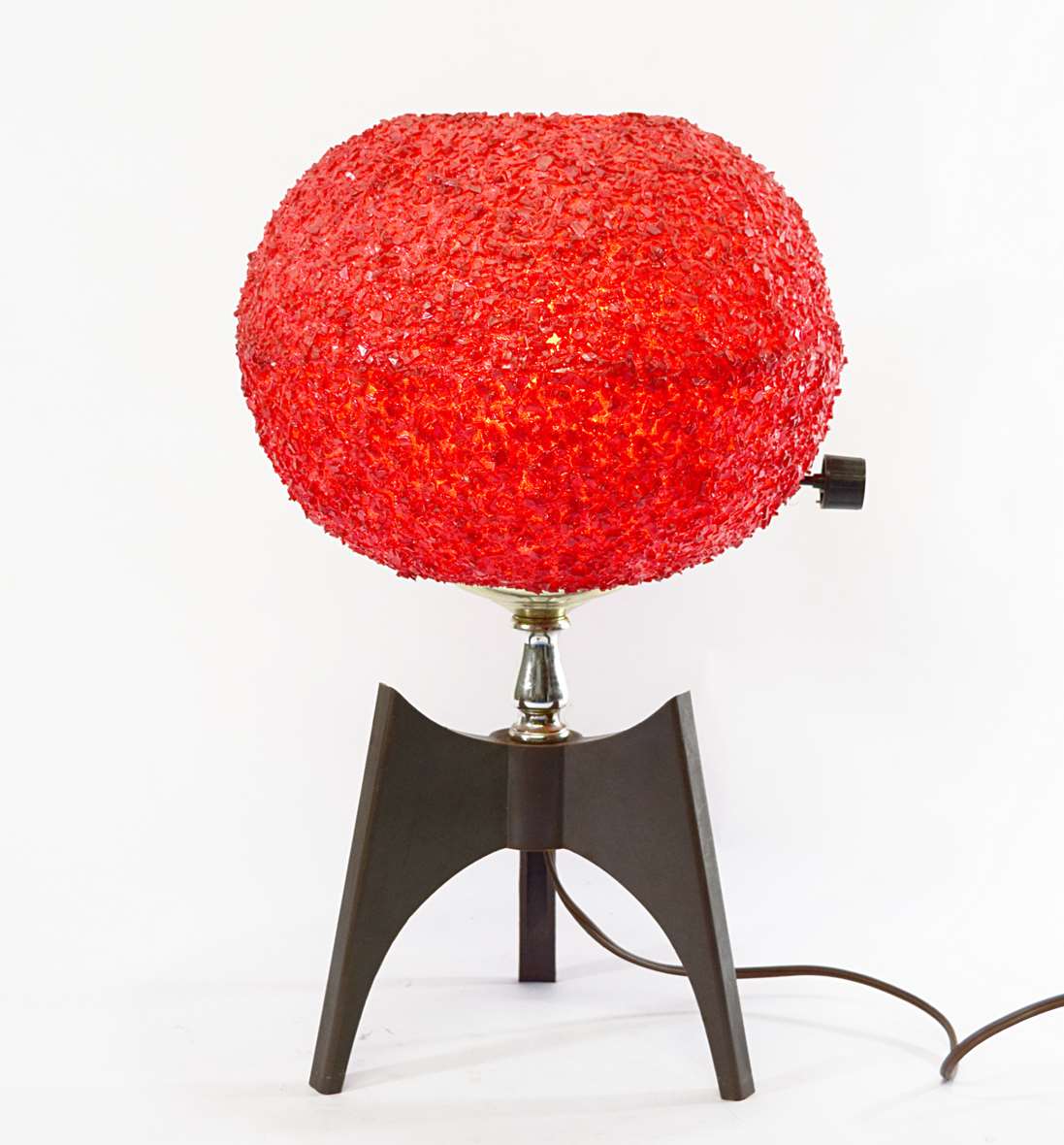 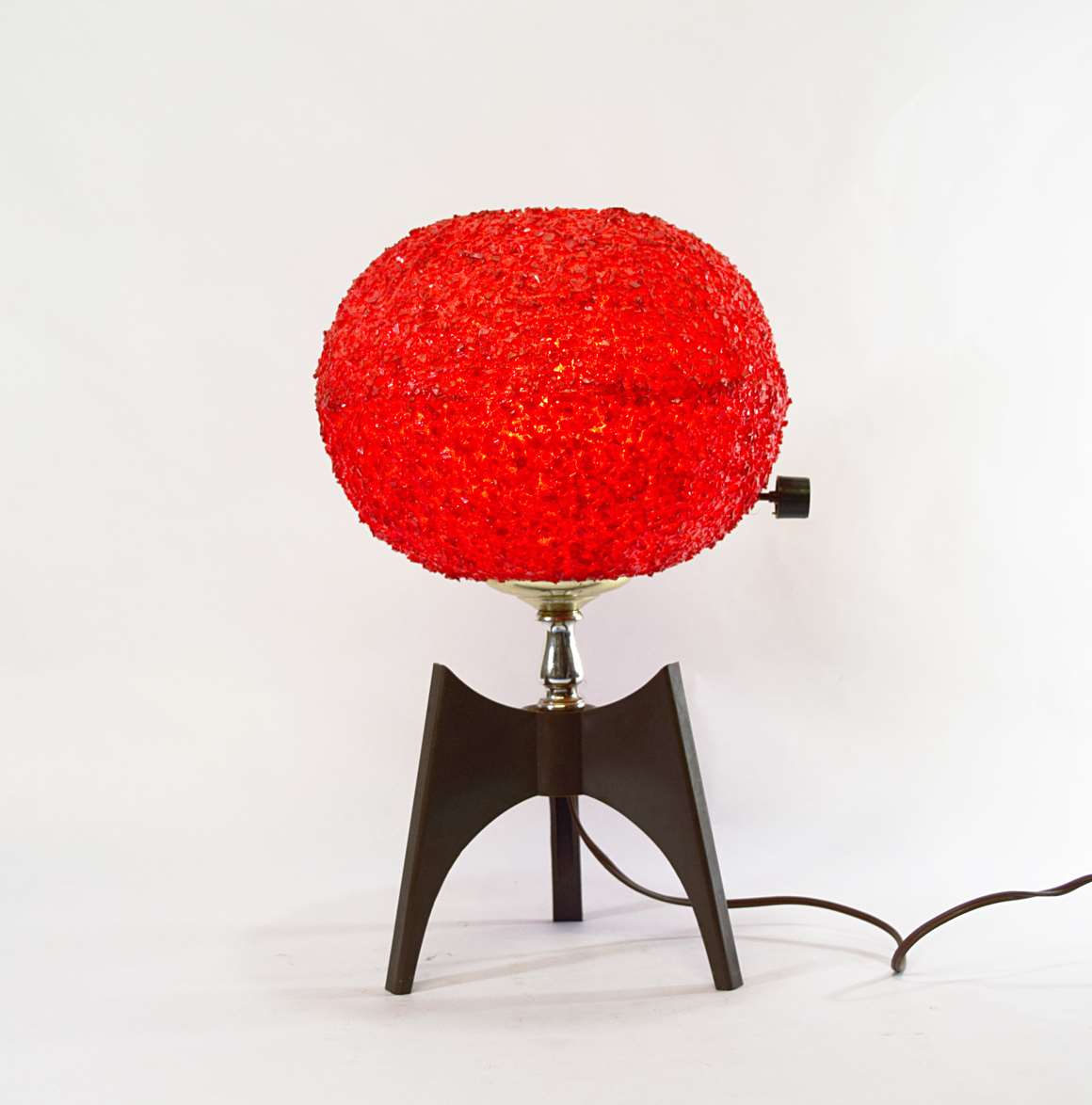 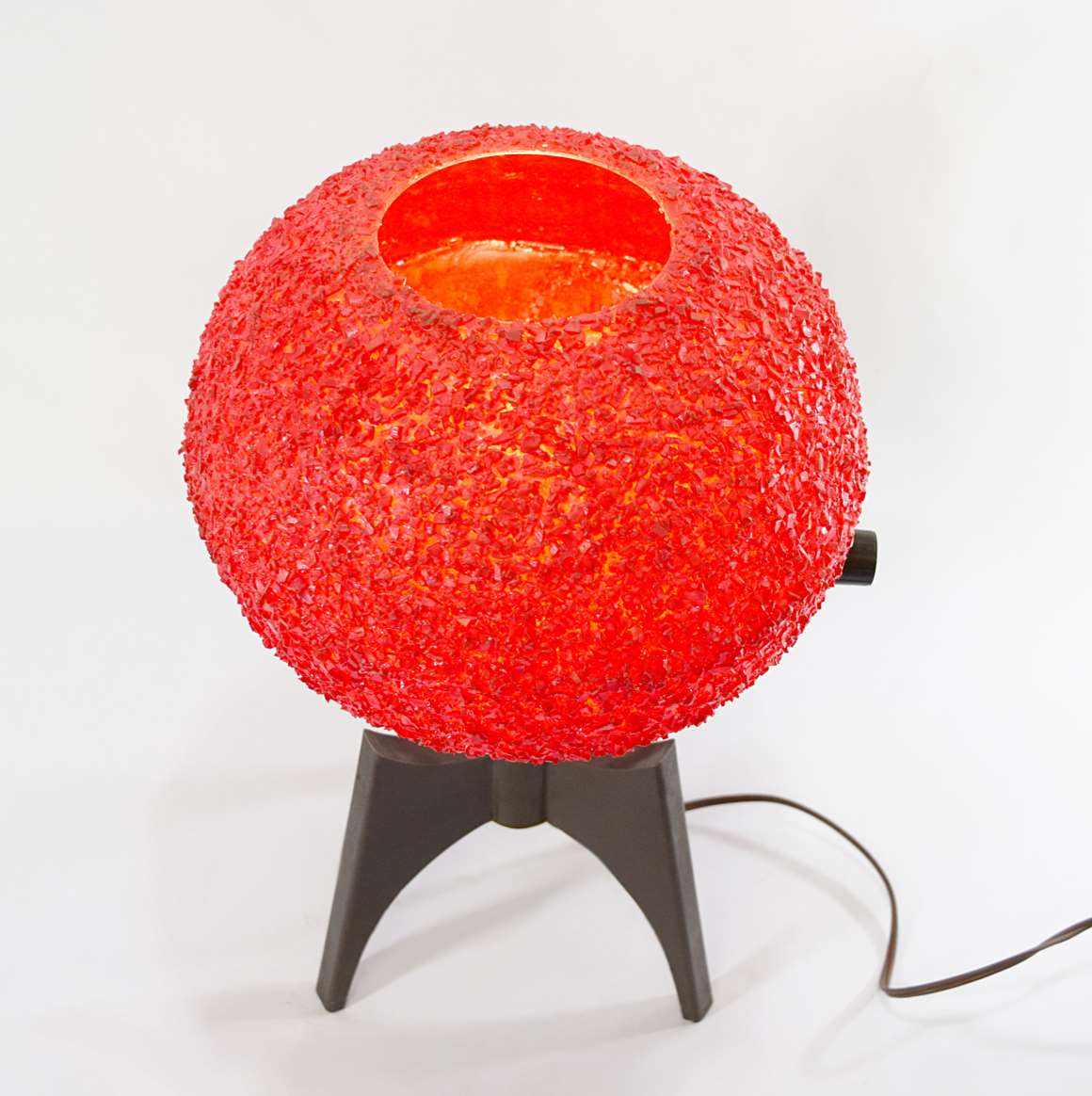 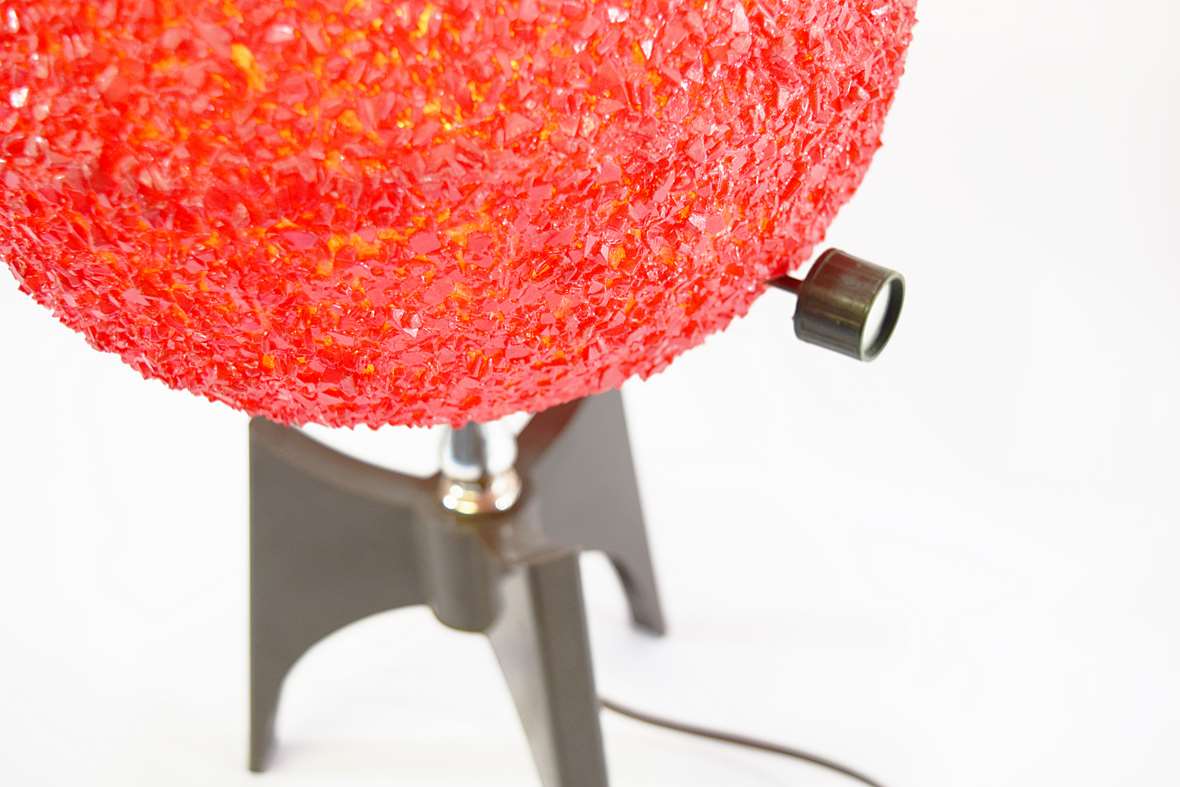 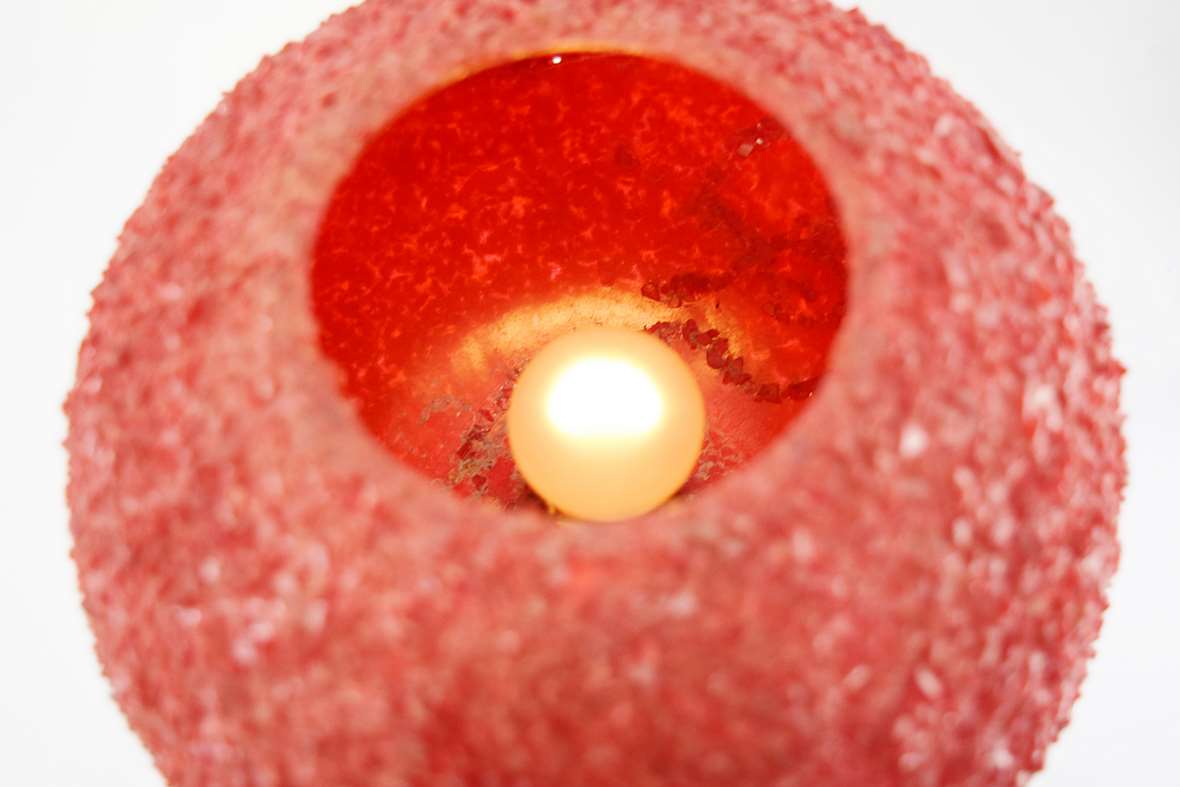 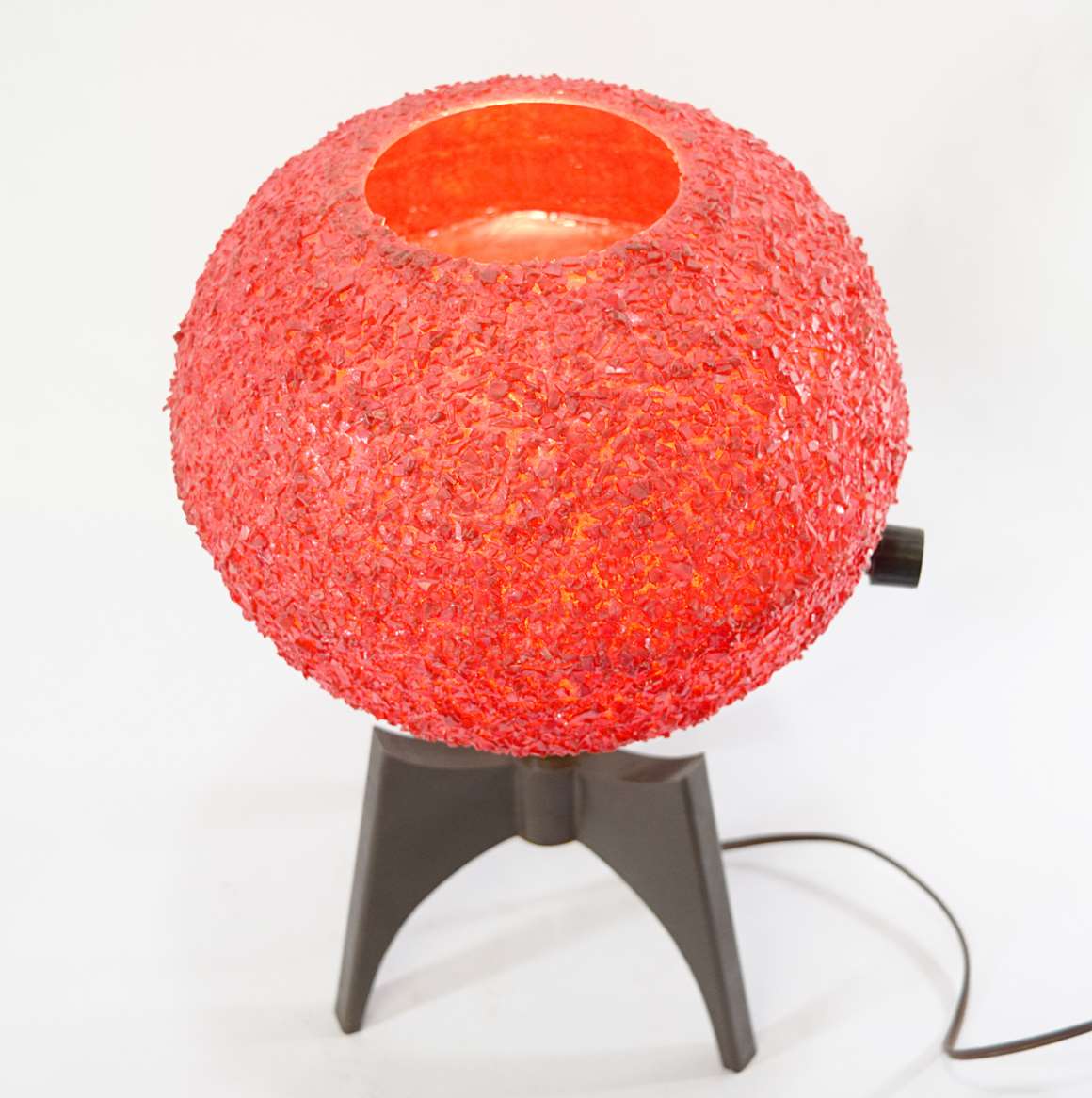 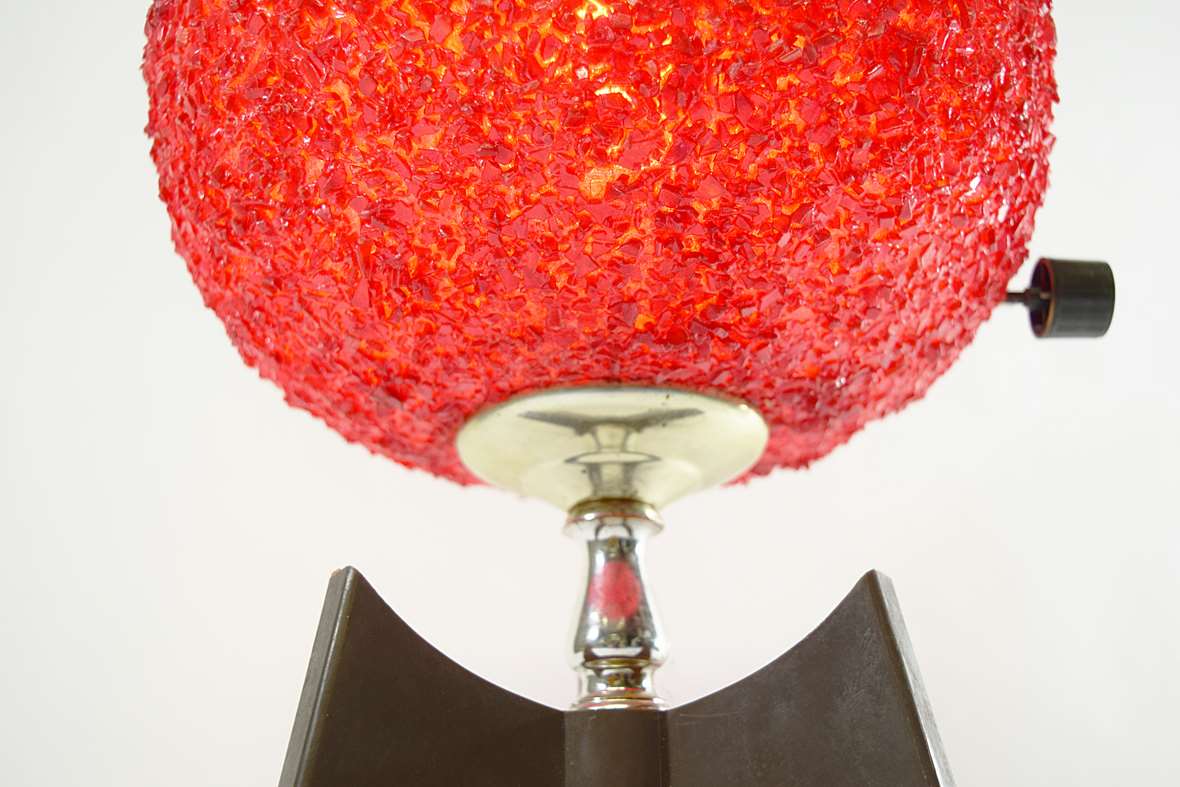 Other versions: Made in several colours and also made with a cord switch. Made in some variations in the plastic. Some are sugar lamps such as this one, others are made with strings, the so called “spaghetti” lamps.

The sugar ball lamp is a design by John & Sylvia Reid for Rotaflex. They were named Spheres.

This tripod sugar ball table lamp is an early version of this type of lamps. They became popular in the late 1960s early 1970s. This lamp is from the 1950s and made in another, early type of plastic, but not in Rotaflex plastic (cellulose acetate).


This table lamp is most likely Italian, because of the wiring; the rotary switch, plug and socket are made by A.A.G. Stucchi. A.A.G. Stuchi produced electric parts mainly for Italian light companies at that time such as Gilardi & Barzaghi, Stilux, Reggiani and others.

A.A.G. Stucchi: The company’s founding members are Aristide, Arturo and Giuseppe Stucchi. A.A.G. Stucchi is located in the city of Olginate (Lecco), Italy.

Do you have an idea about this table lamp? Please let us know through the contact form and help improve the websites exactitude. Your help is much appreciated.