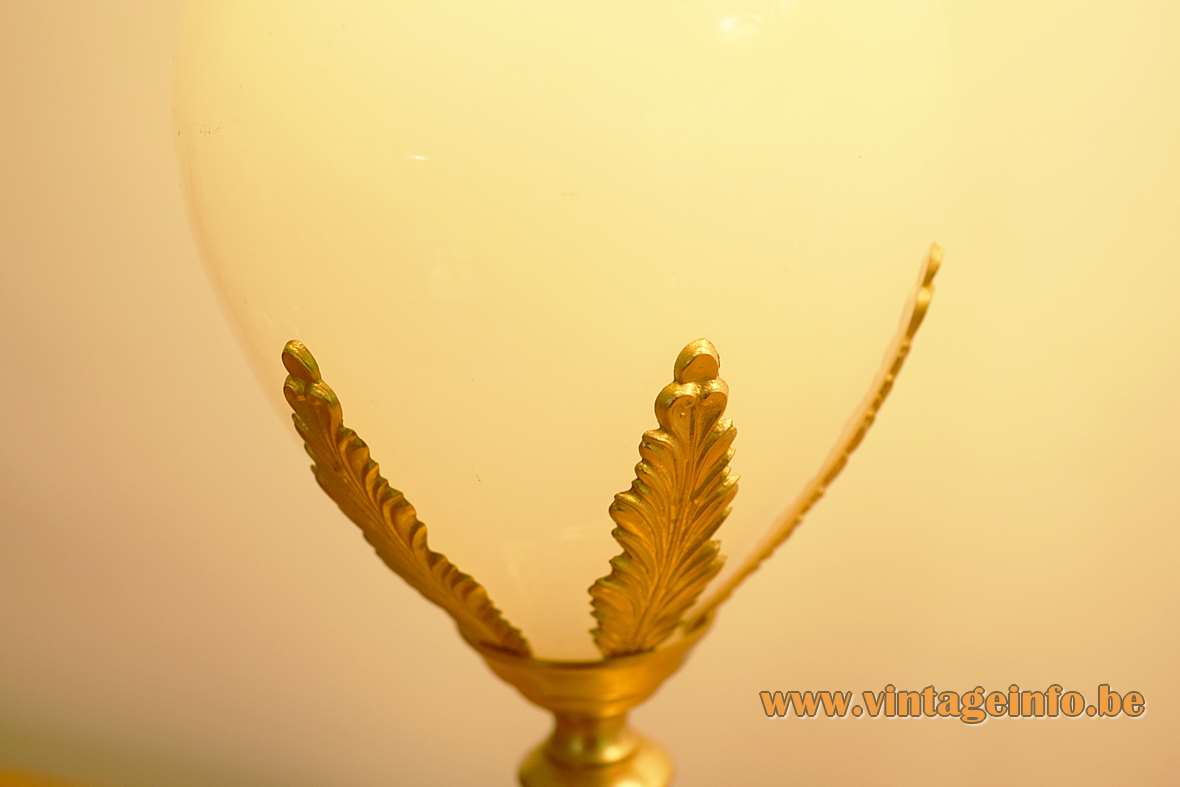 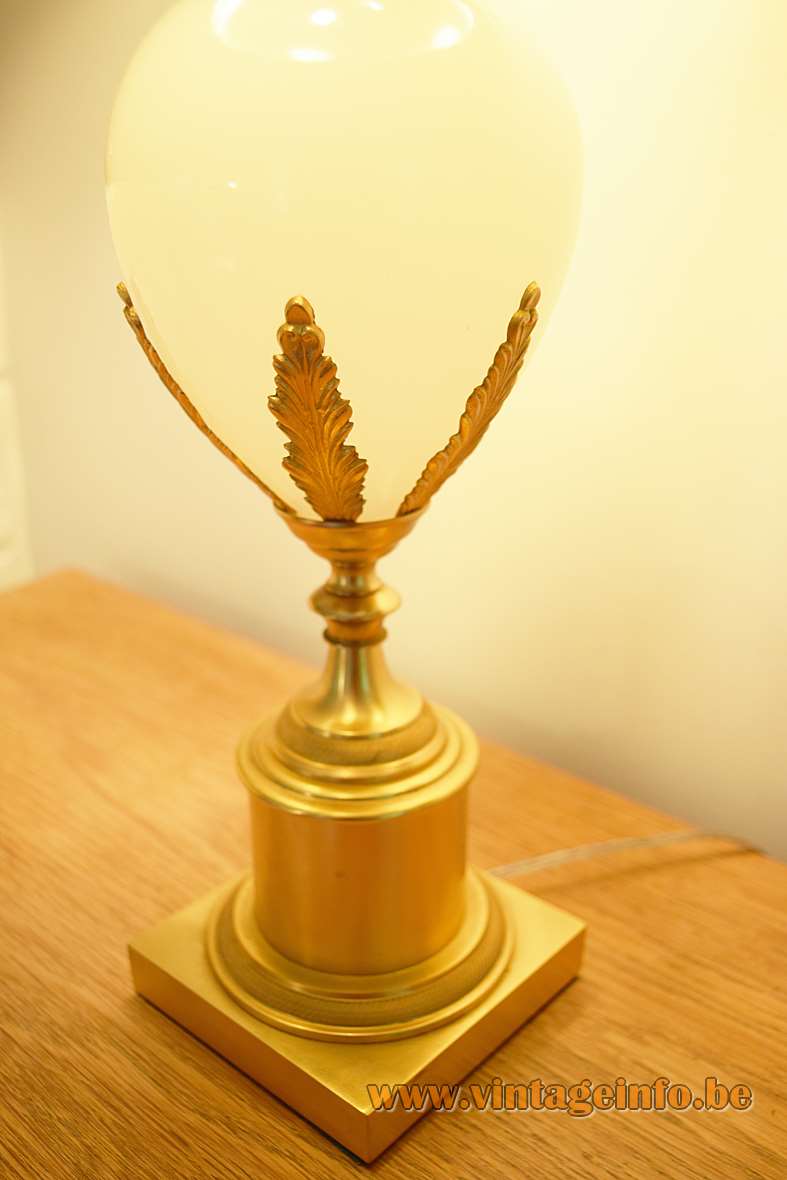 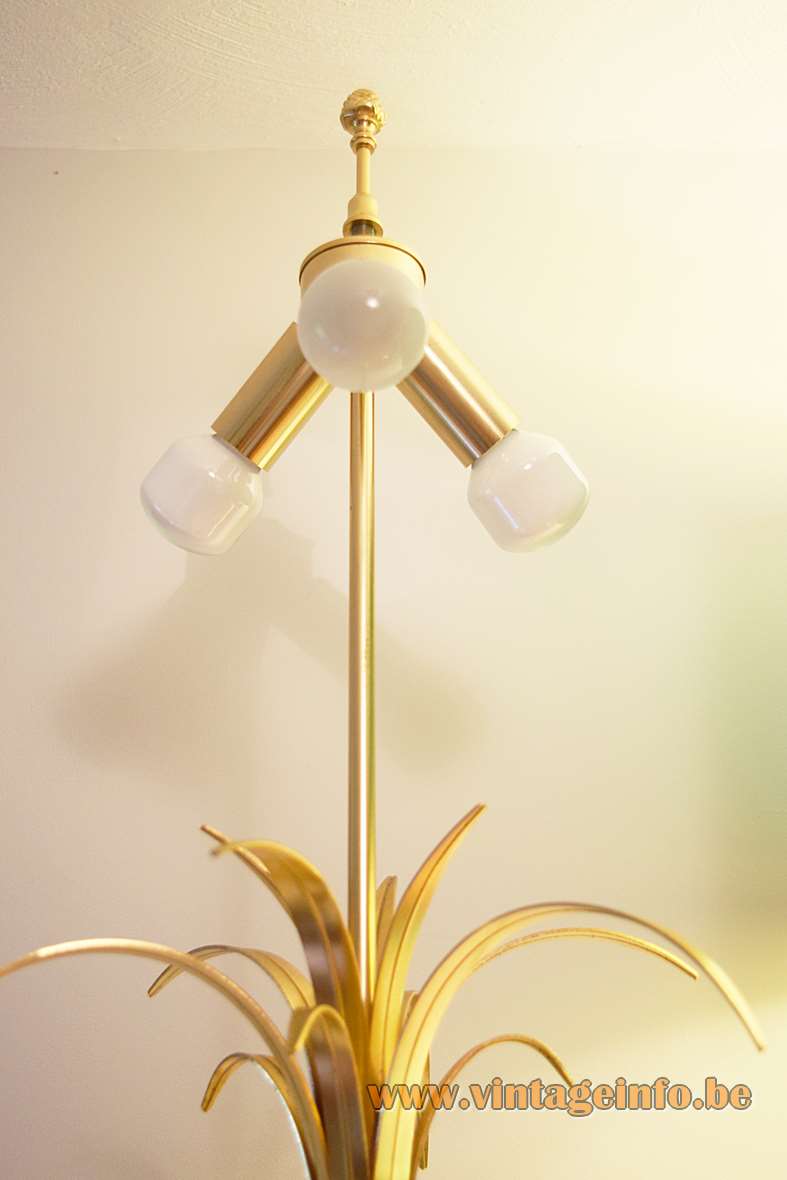 Two other models of this Boulanger ostrich egg table lamp 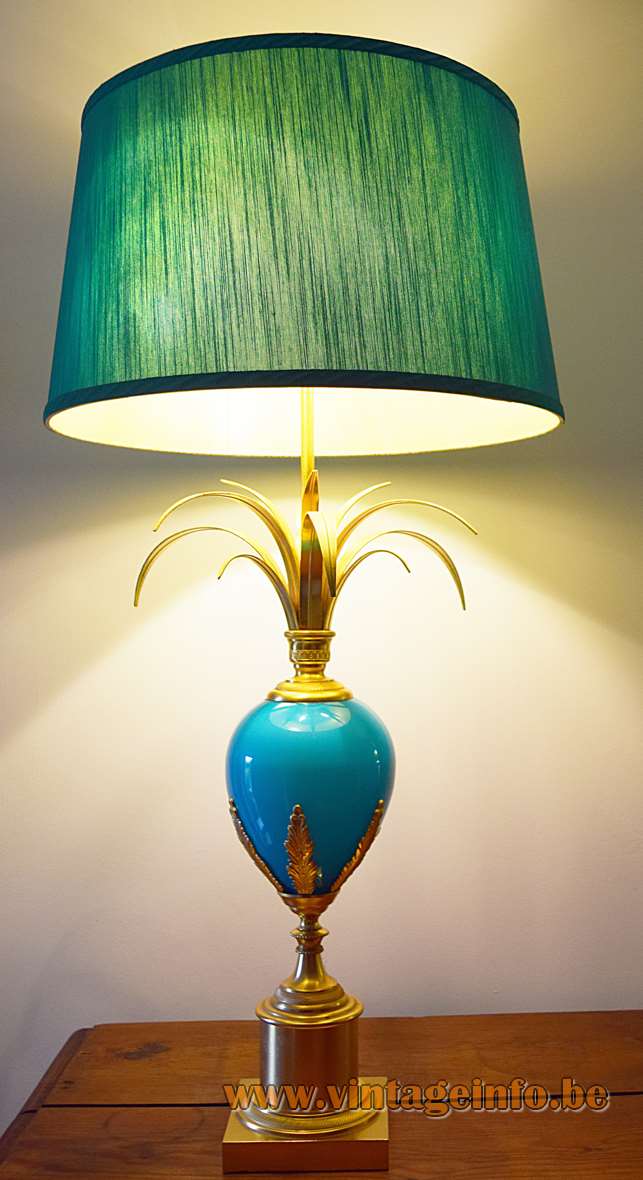 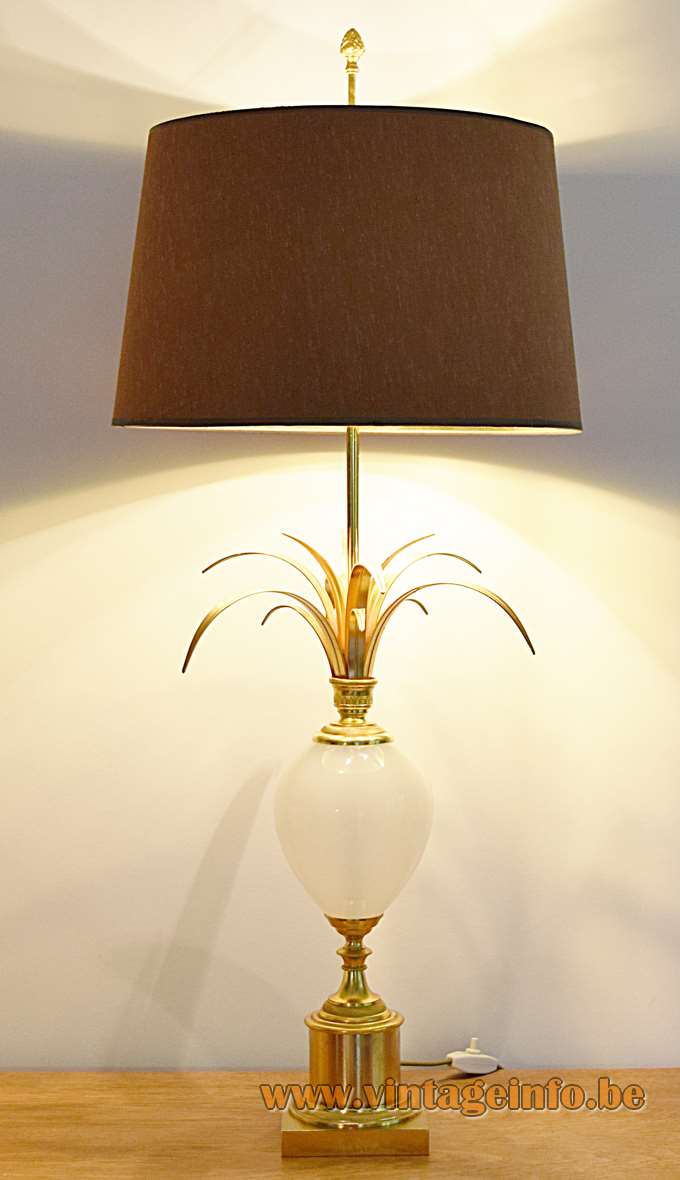 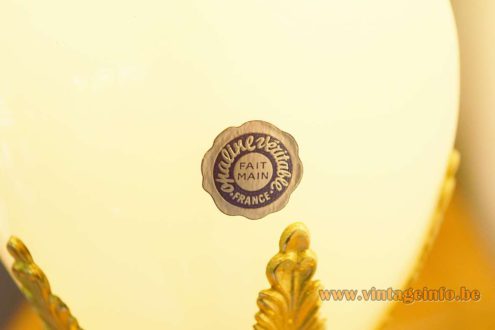 Designer: To be appraised, probably inspired by some ostrich egg lamps produced by Maison Charles, Paris. This Boulanger lamp is often sold as a Maison Charles lamp. The Maison Charles table lamps always have a stamp in the metal on the back of the base with the company’s name on. Today Maison Charles has some 9 different “egg” lamps in production. You can find them on their website by doing a search for oeuf (egg) in French.

One of these lamps got a  sticker on the “ostrich egg” with the text “Opaline Veritable France. Fait Main“. Real French opaline, hand made. Boulanger did not produce the glass globes themselves.

Other names for these lamps: palm lamps, reed lamps. 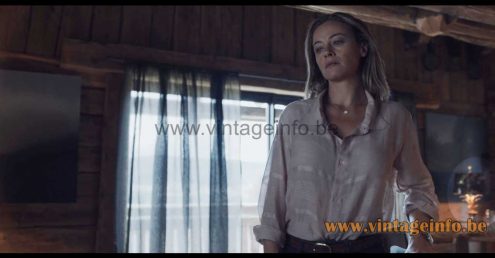 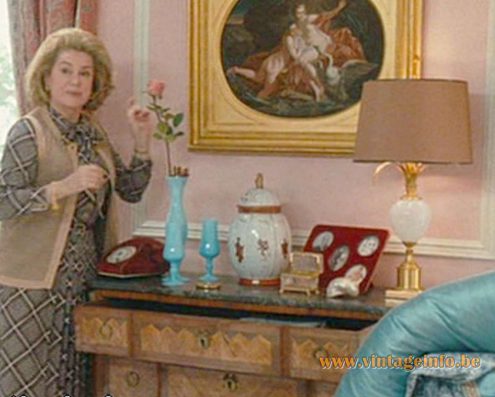