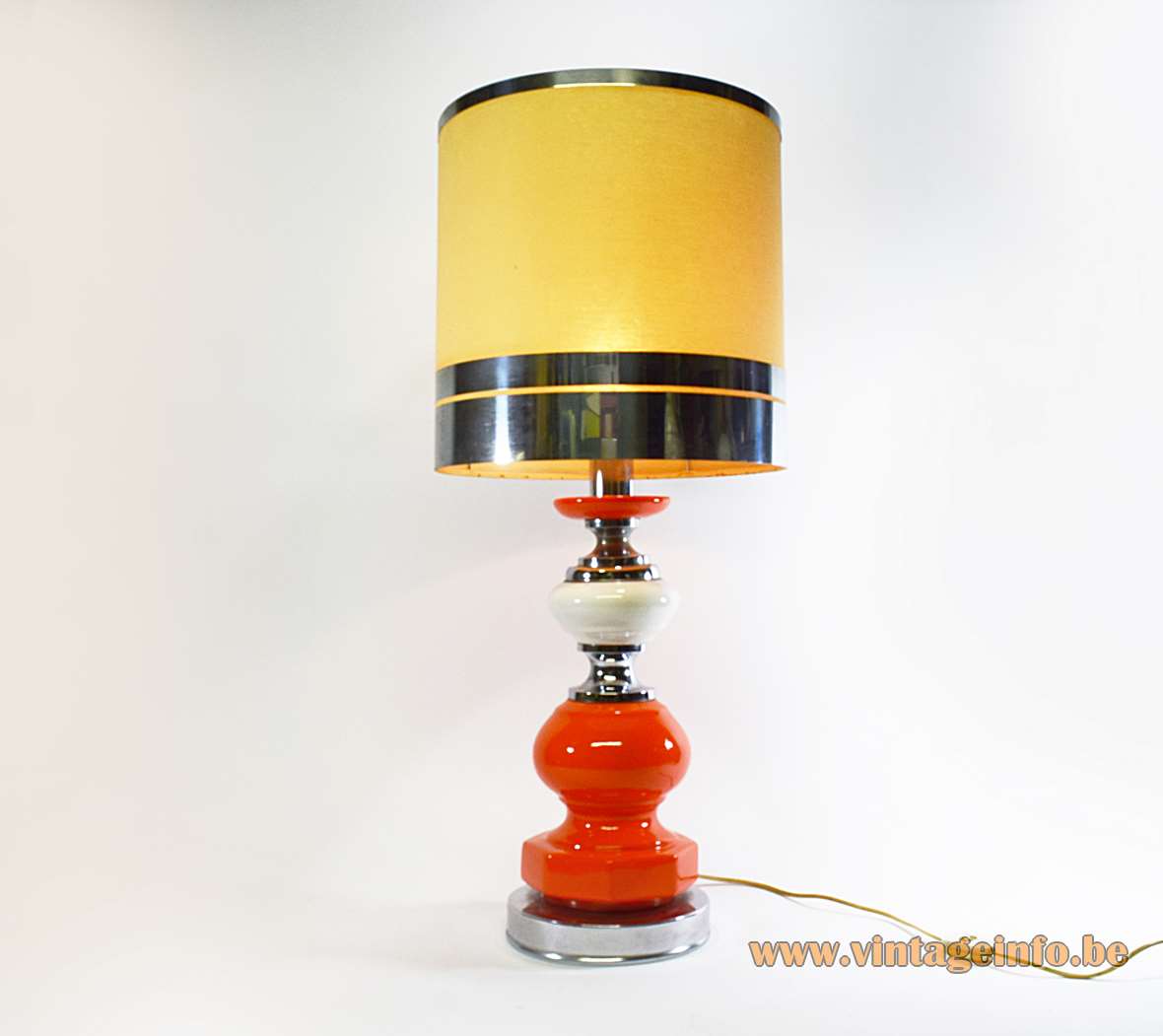 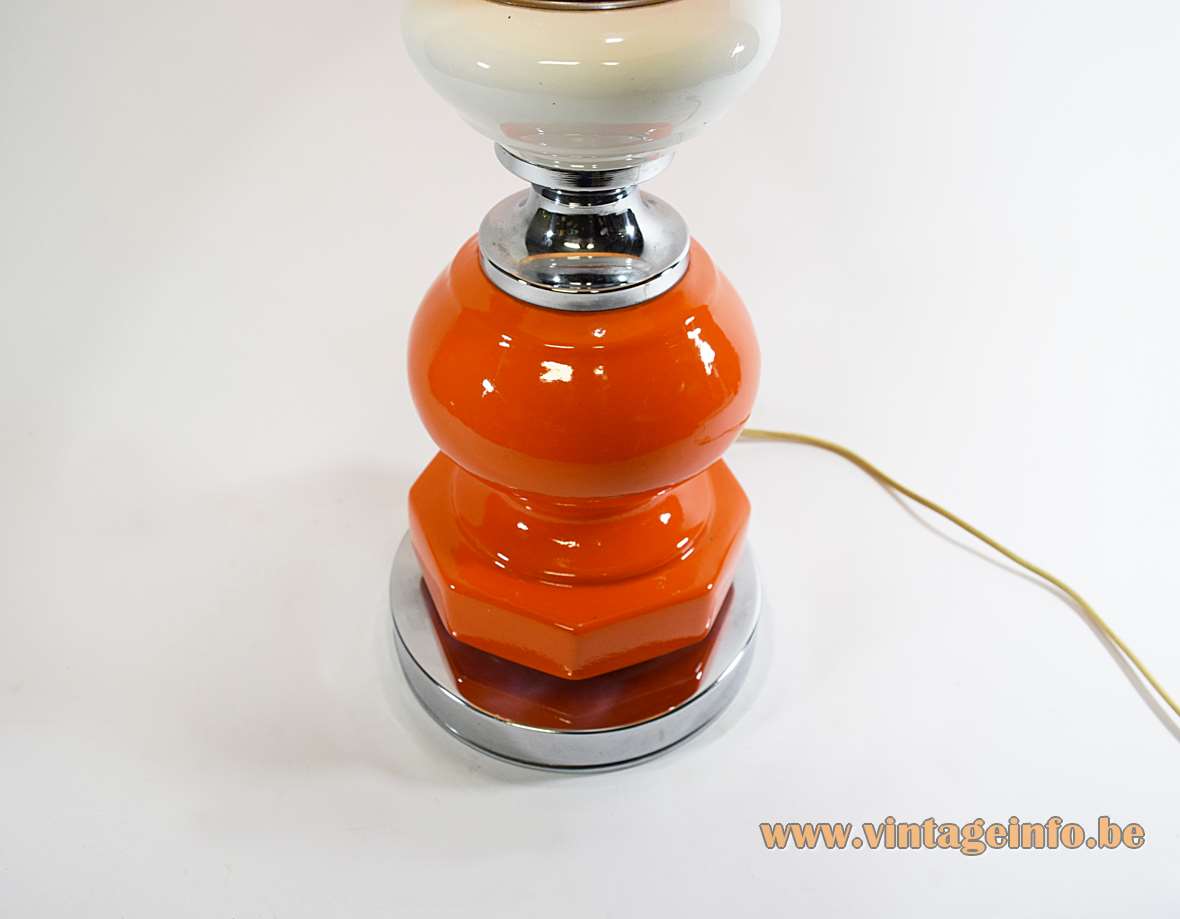 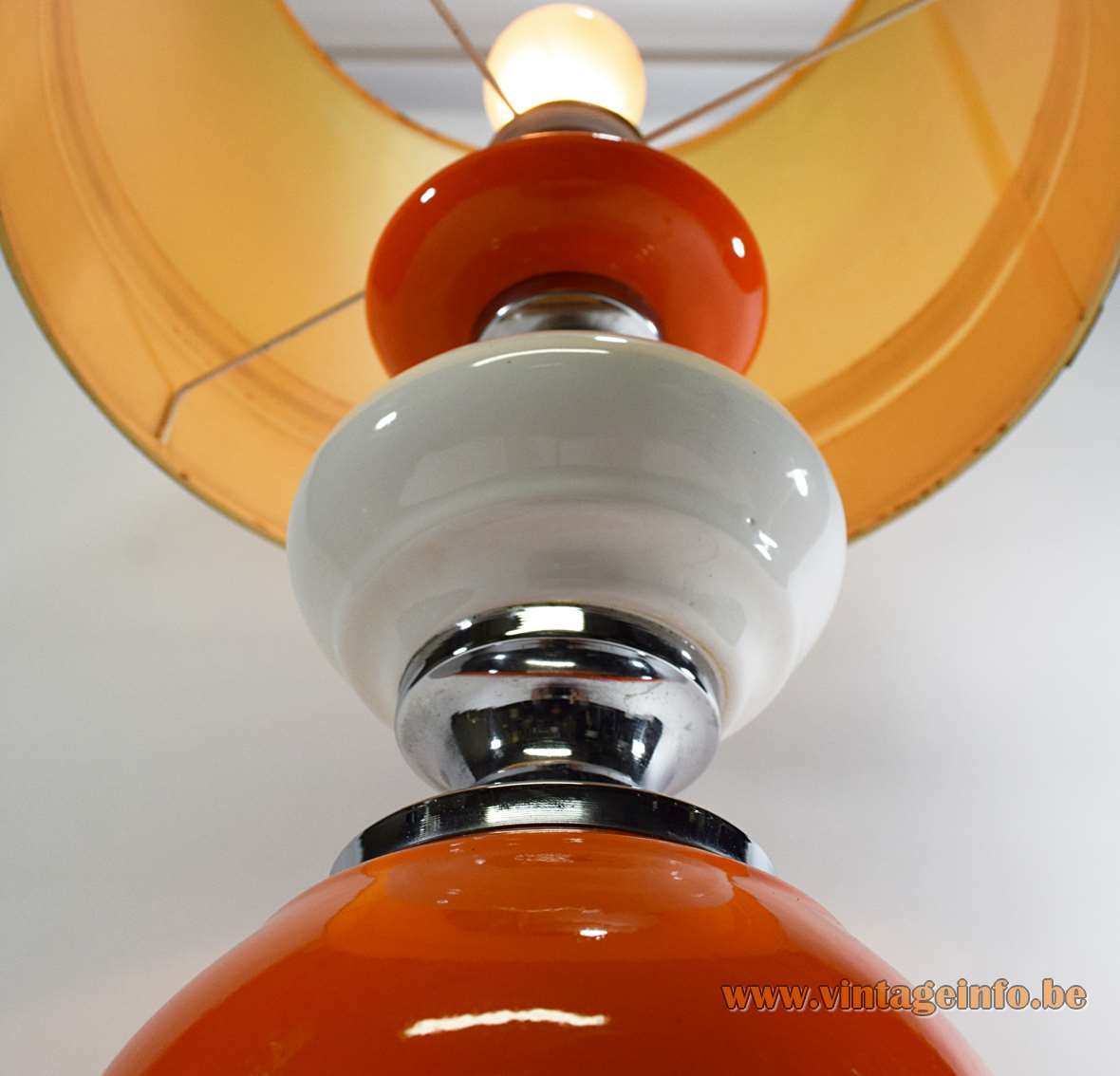 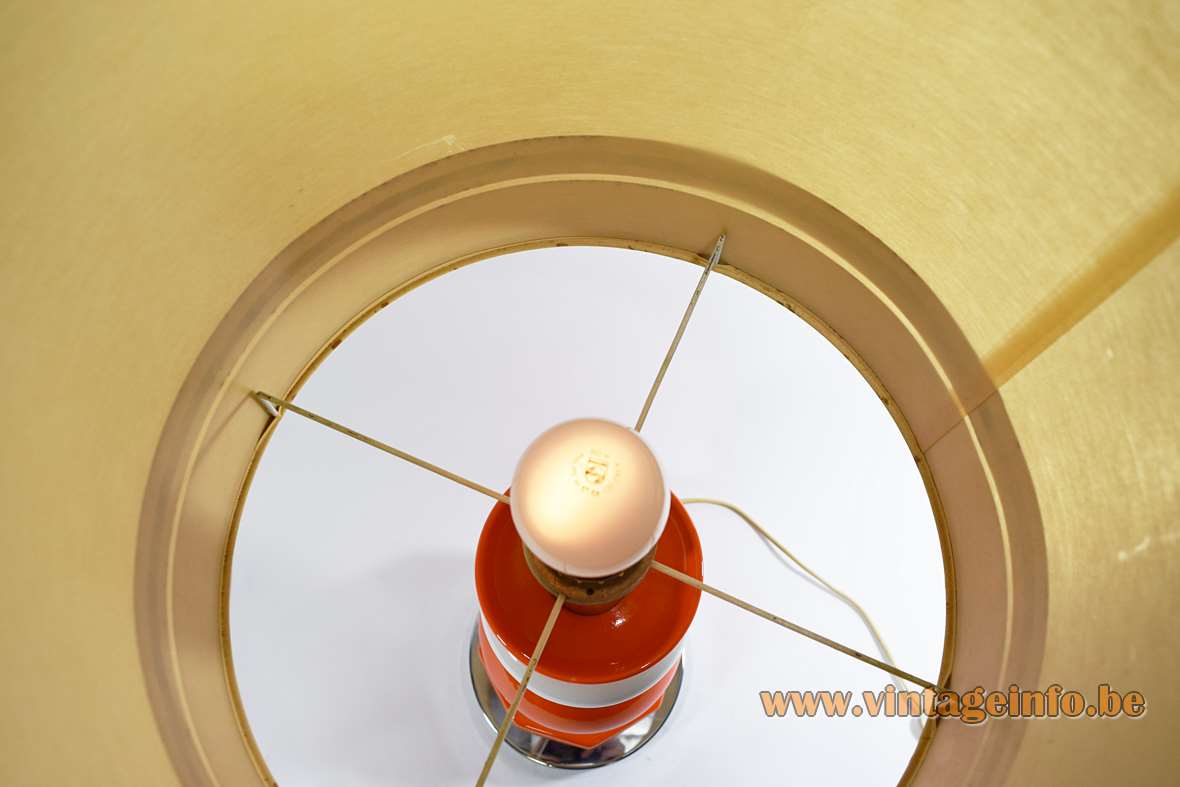 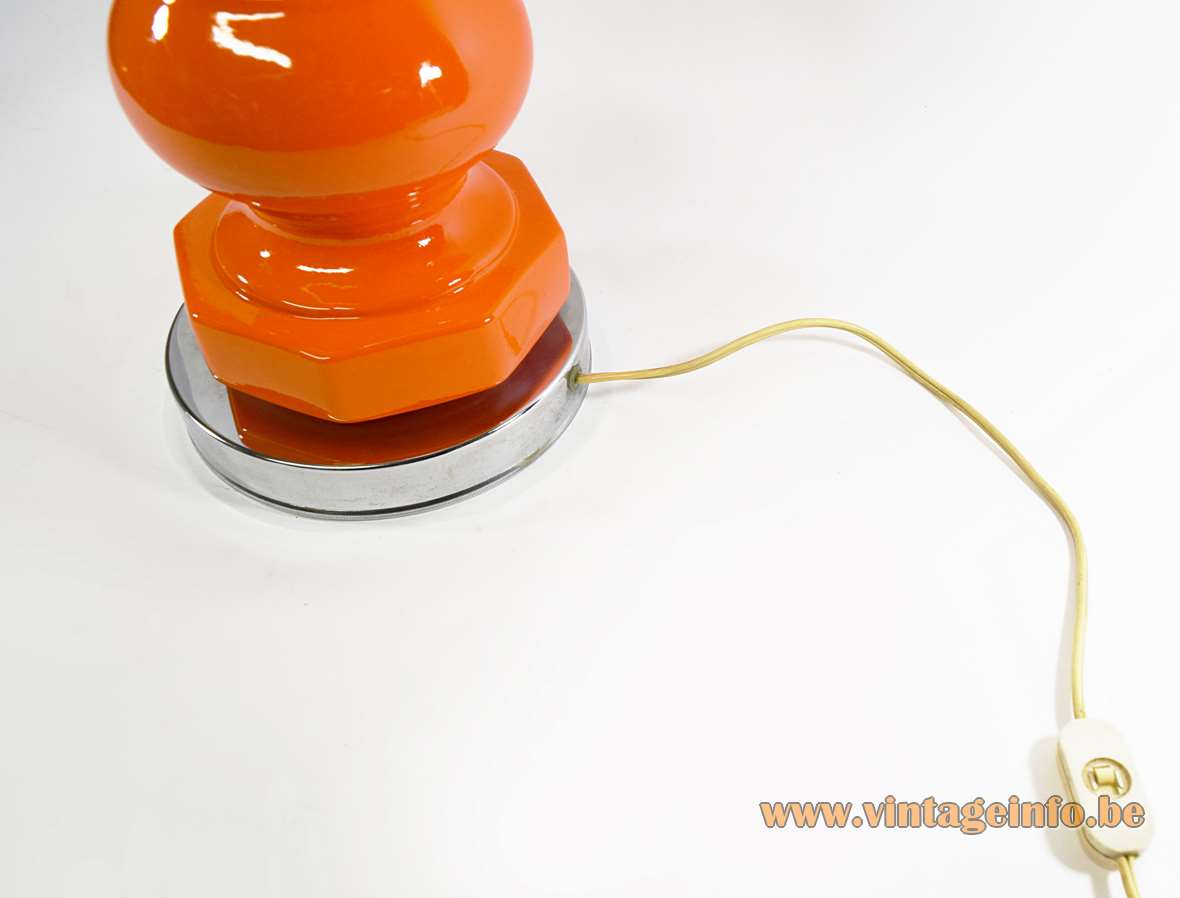 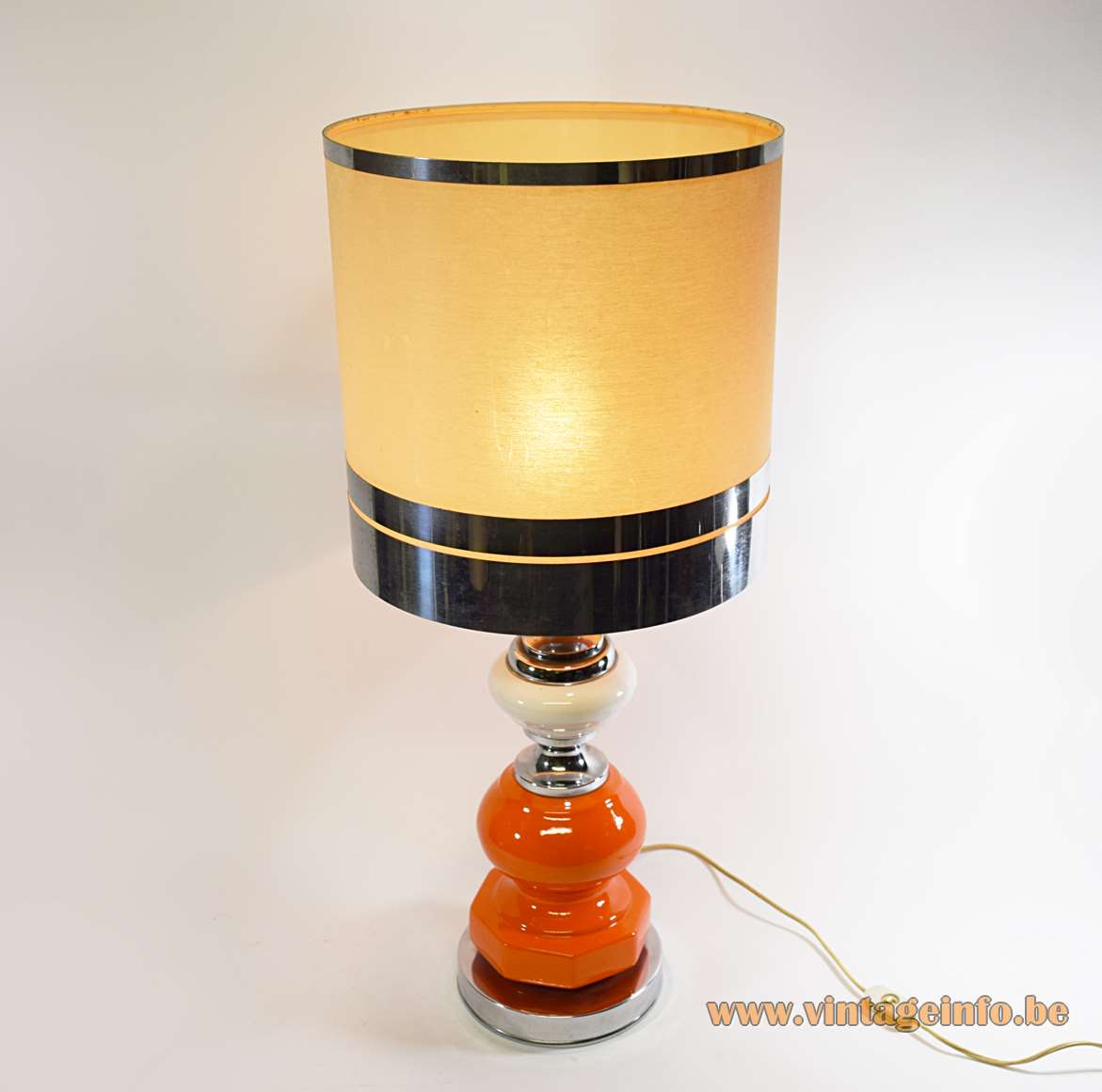 Other versions: This orange ceramic table lamp exists in many forms, colours and sizes as you can see below.

These type of lamps are often attributed to Maison Barbier from Paris, France, but they are not. They are made in the style of the famous lamps by Barbier but made in Belgium. Almost every lamp by Barbier is signed. This lamp has no marks or whatsoever but labels on identical lamps say it is from the Massive lighting company. Several of them are on display, here on Vintageinfo. 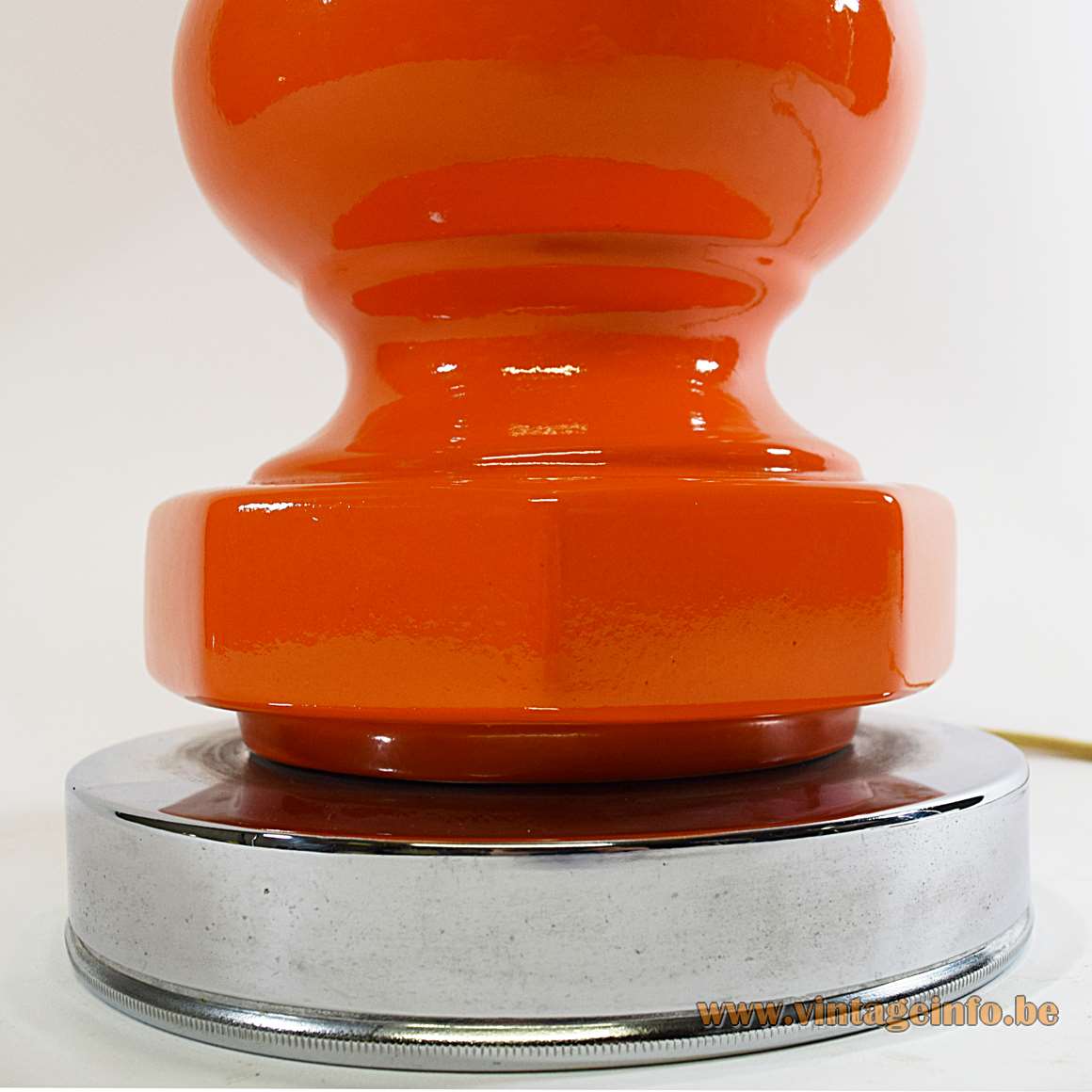 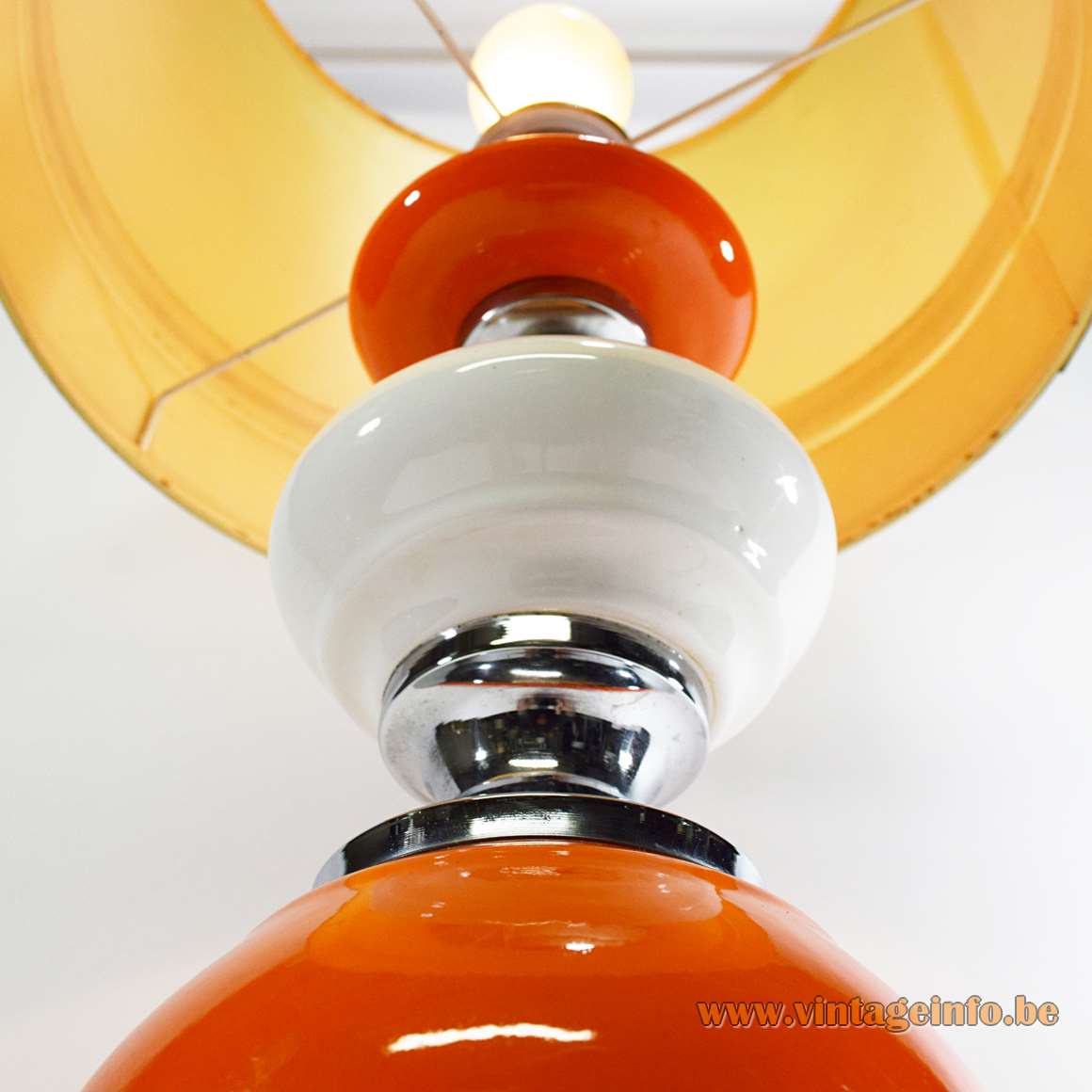