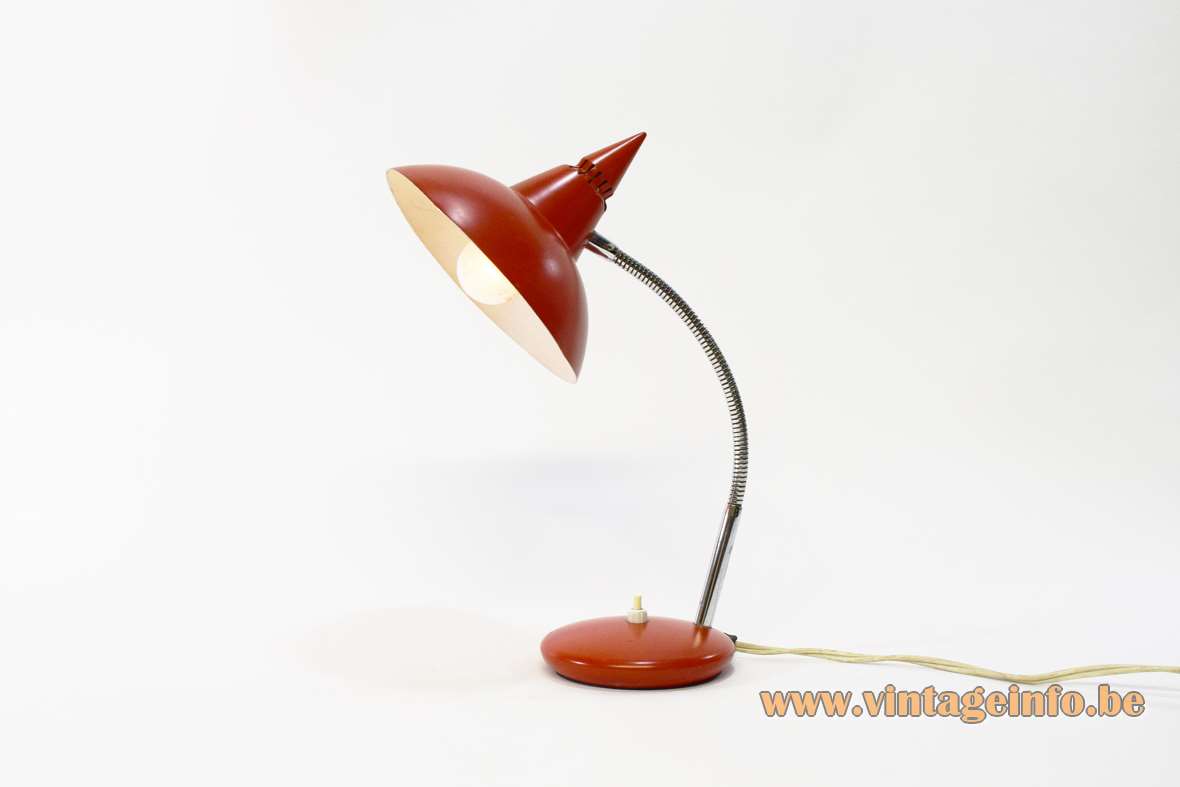 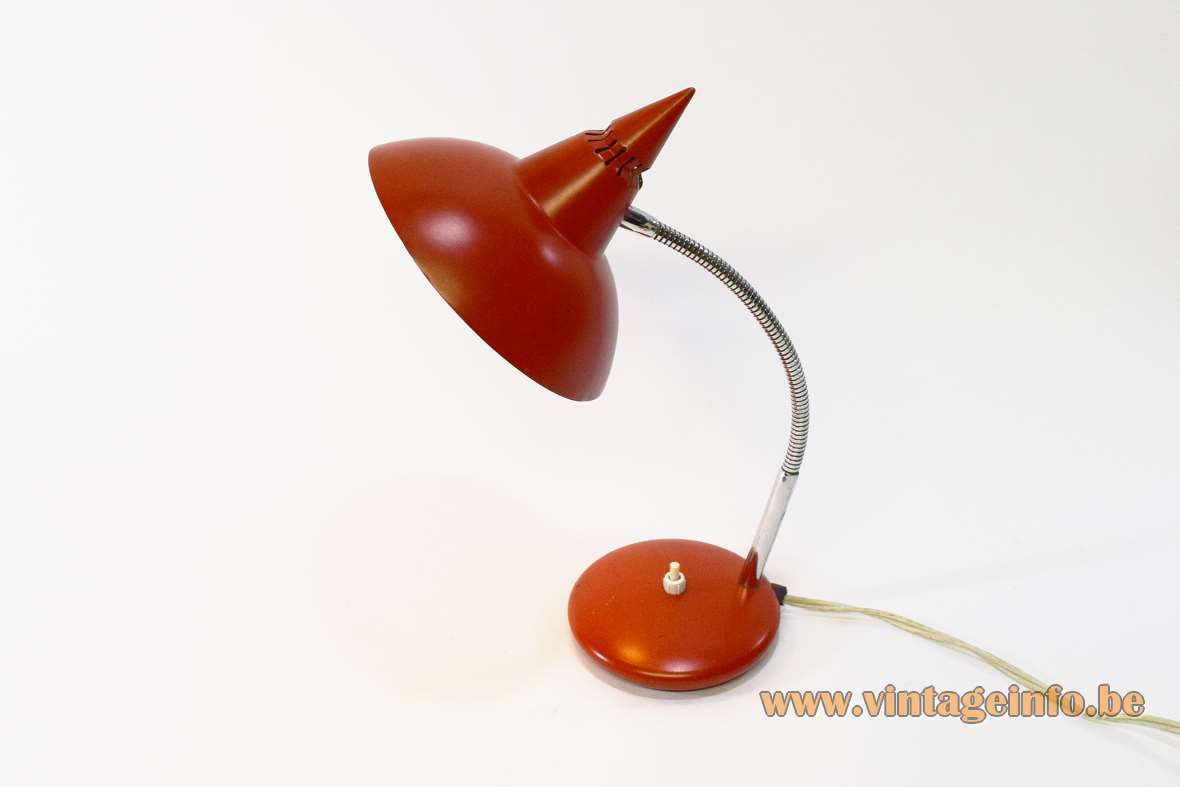 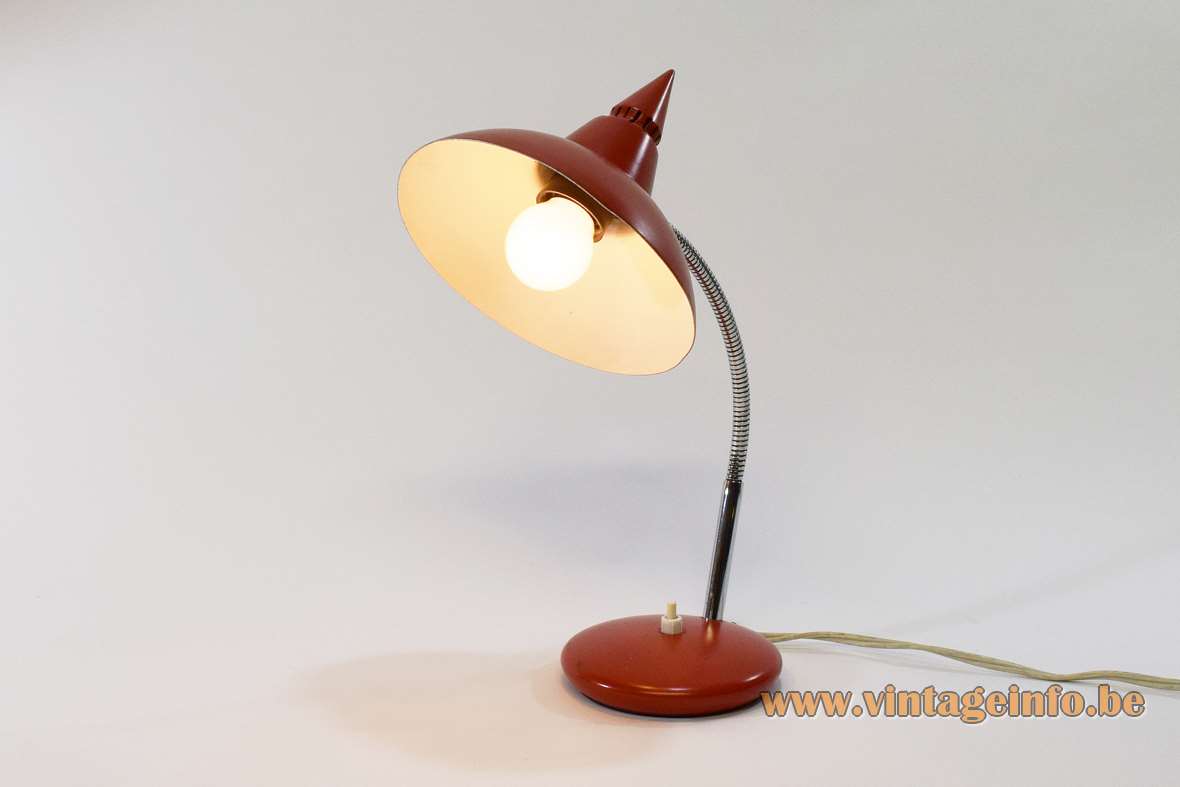 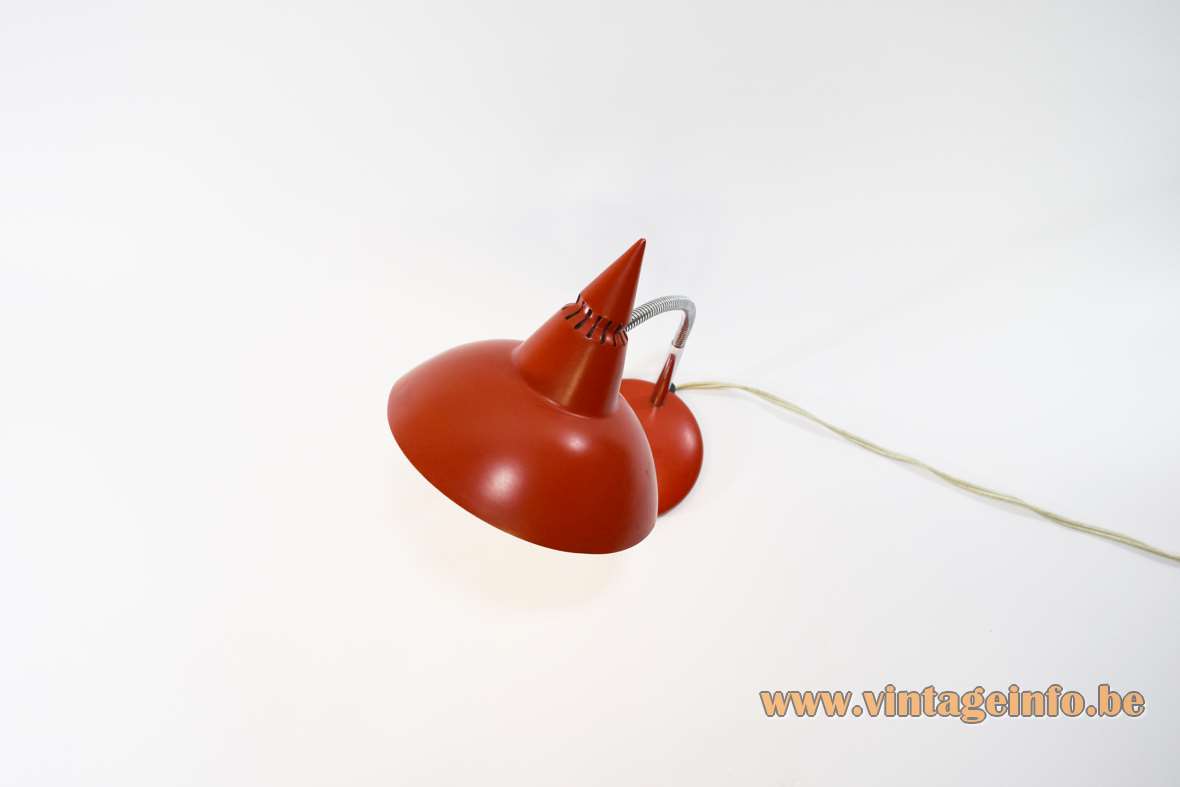 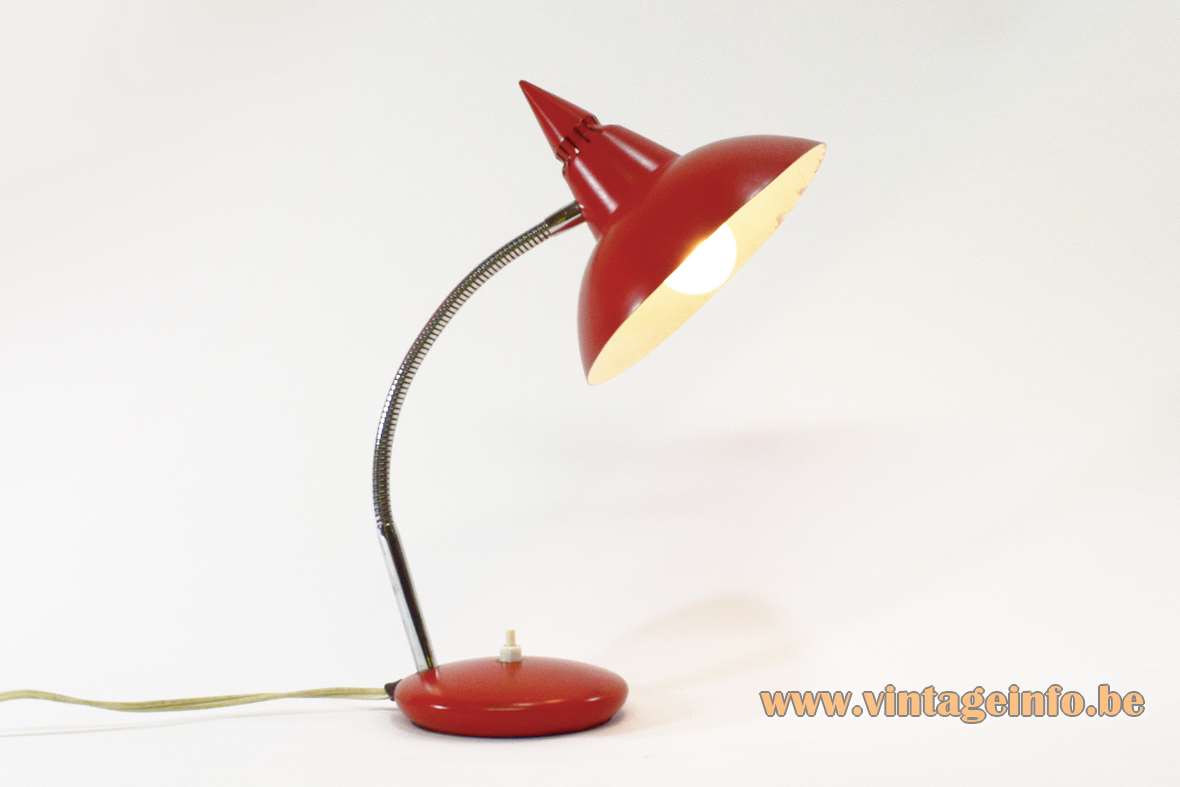 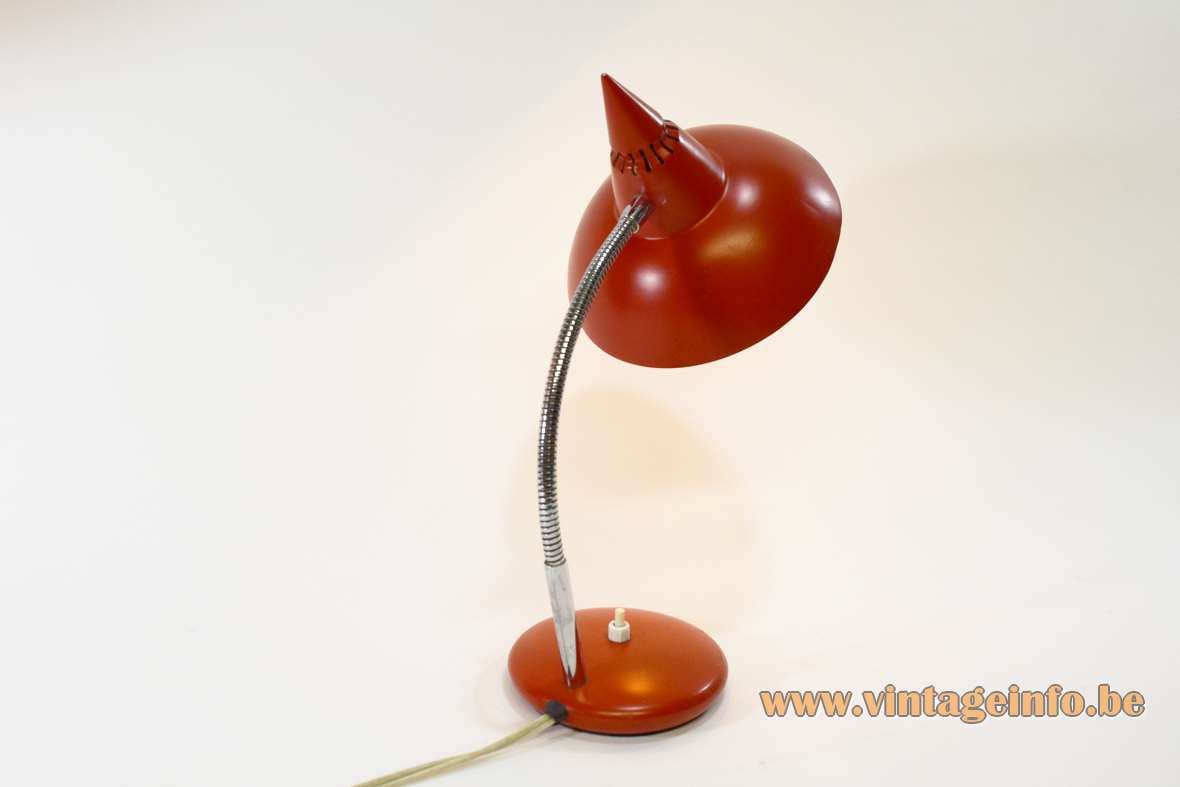 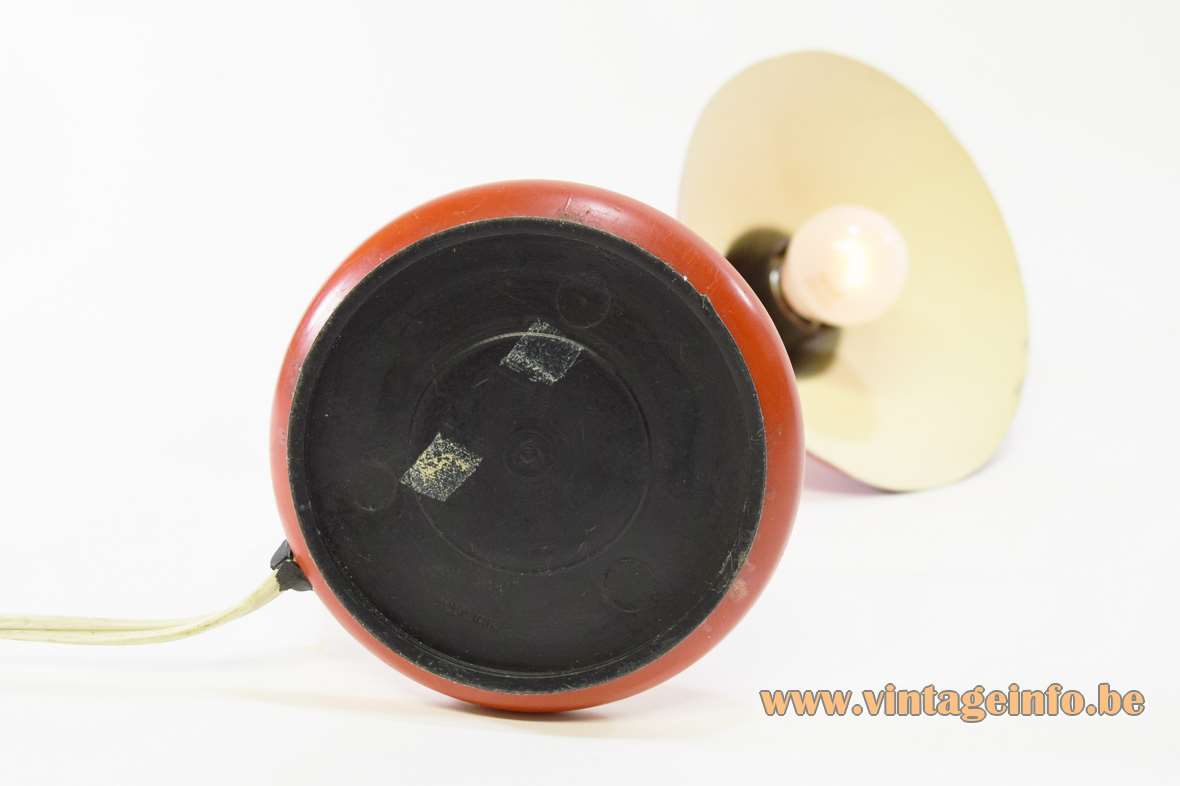 Other versions: This 1960s witch hat desk lamp was produced in several colours.

In the black plastic bottom is moulded “made in Italy” and “Florence”, written up side down.

Prova was a house label for British Home Stores (BHS). Not only lamps exist with this label, also clothing. There is no label present on this one.

The electric parts of this desk lamp are made by the Italian VLM Components company in the 1960s. VLM Components is located in Buccinasco, near Milan. The company is famous for the switches they produced that are designed by Achille Castigilioni in 1968. 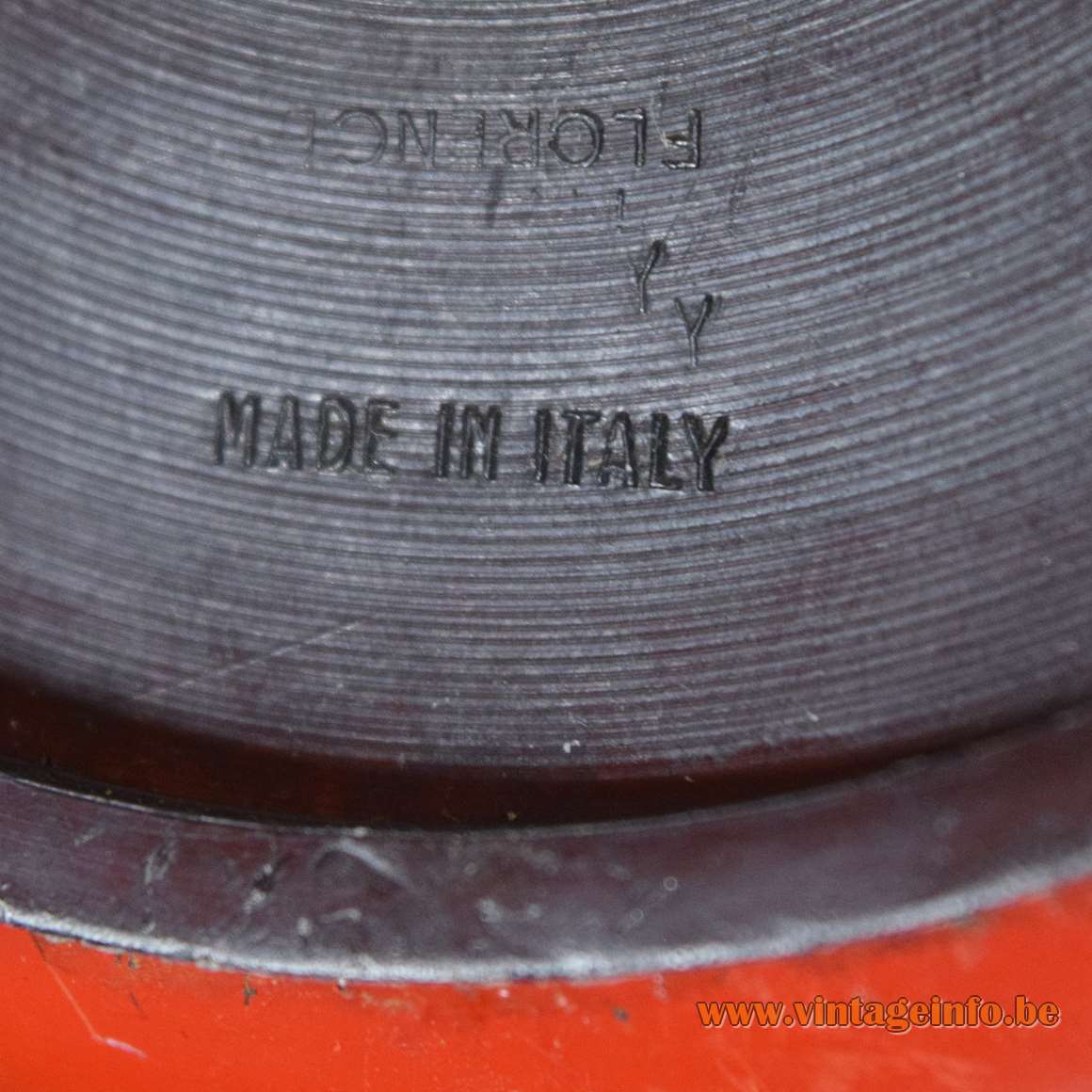 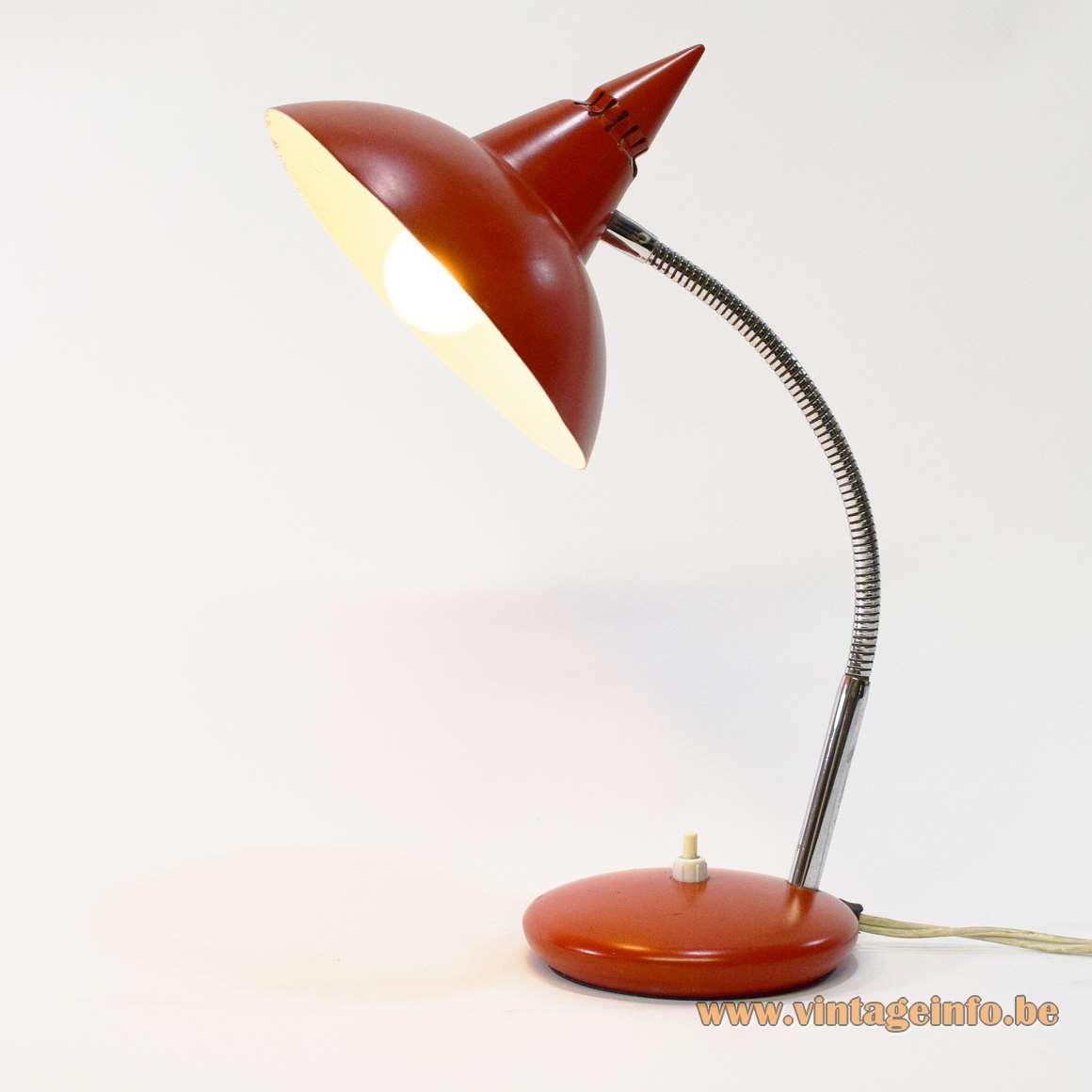