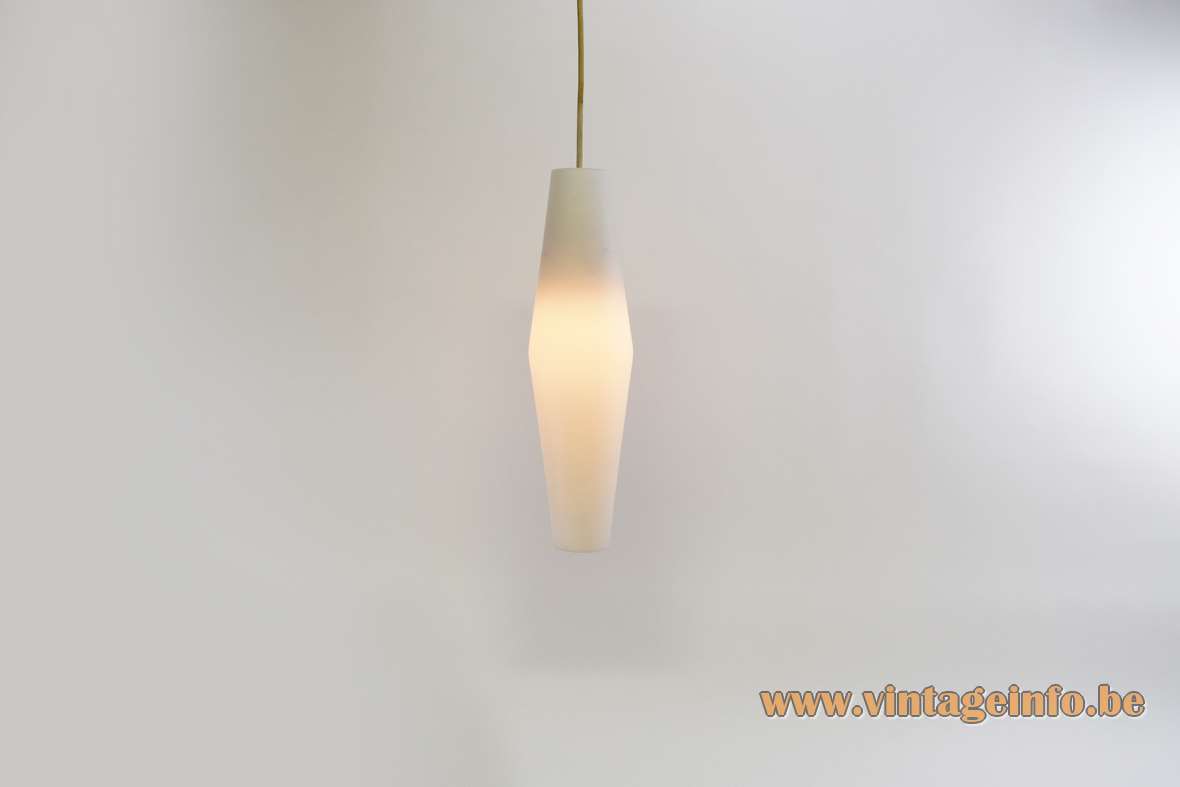 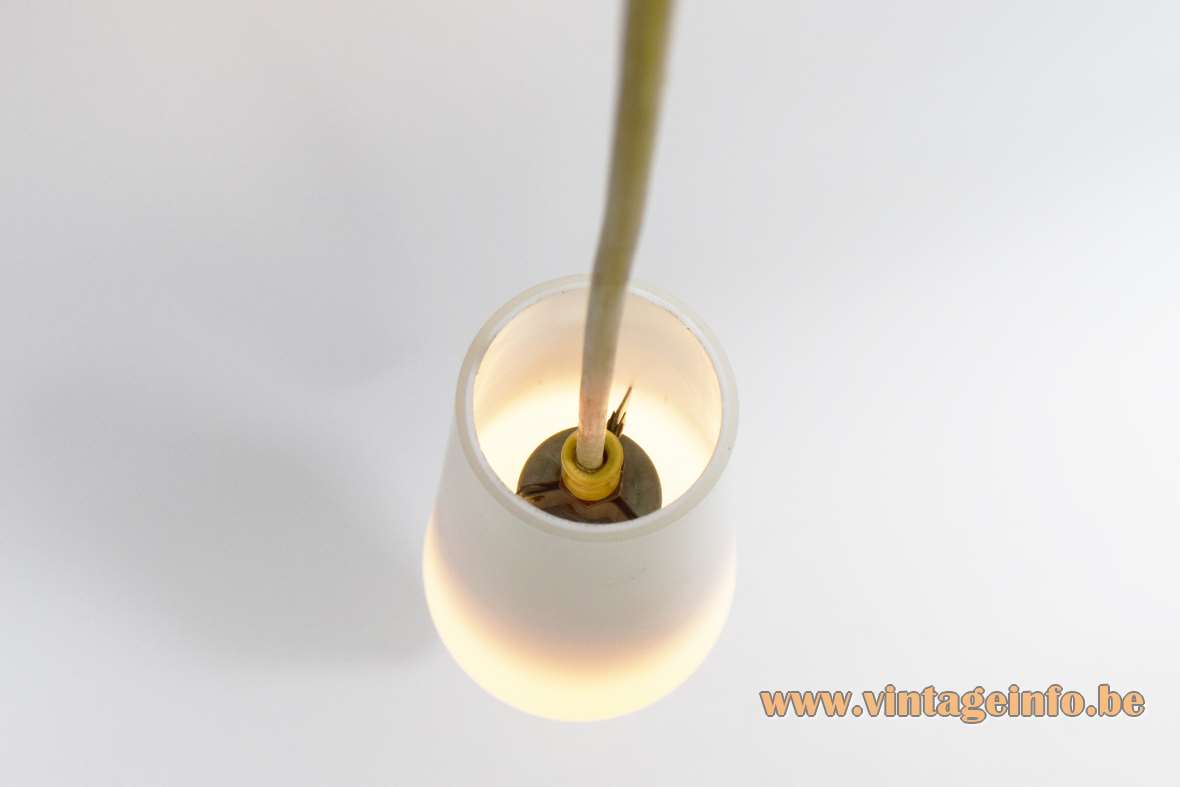 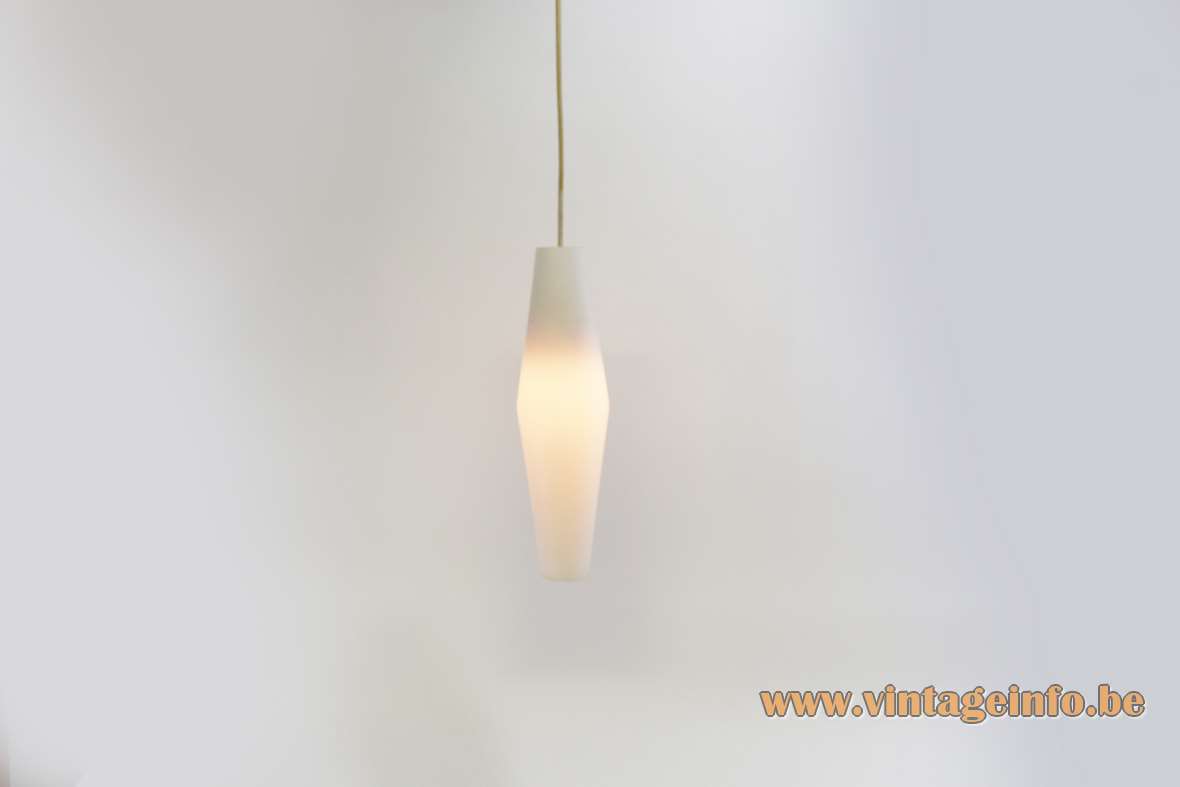 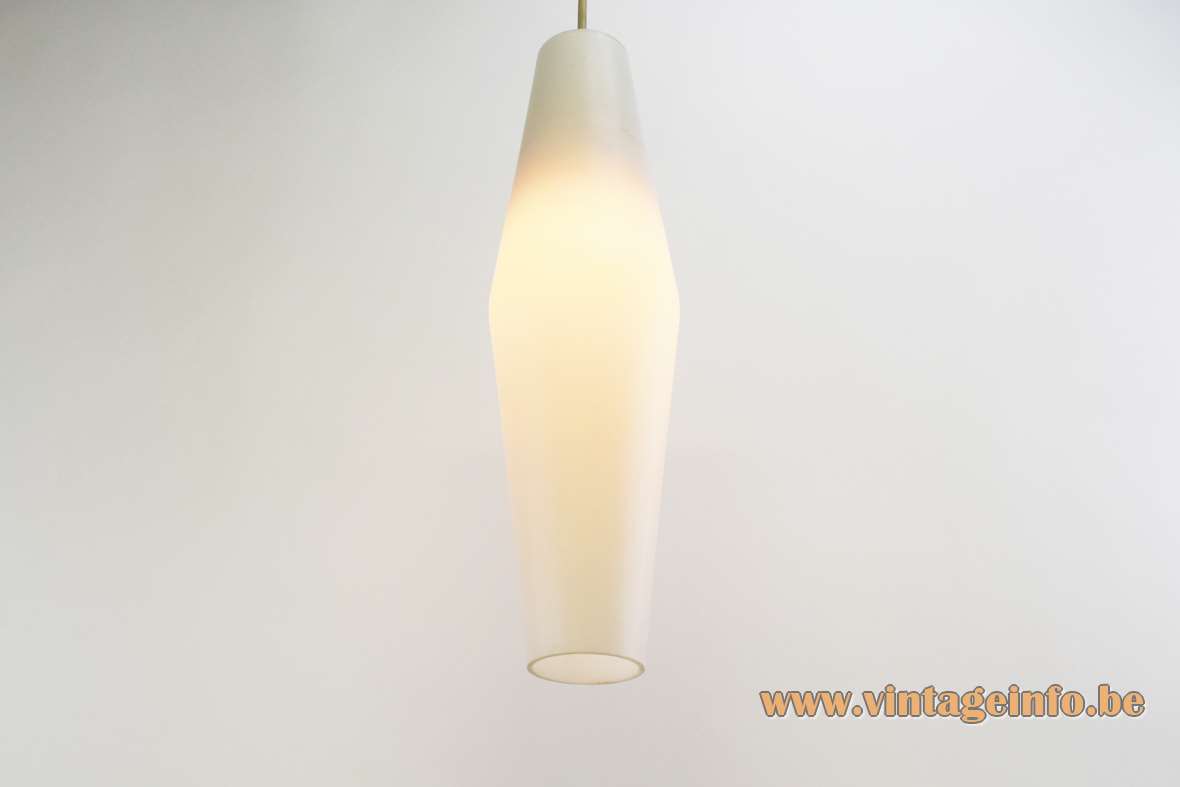 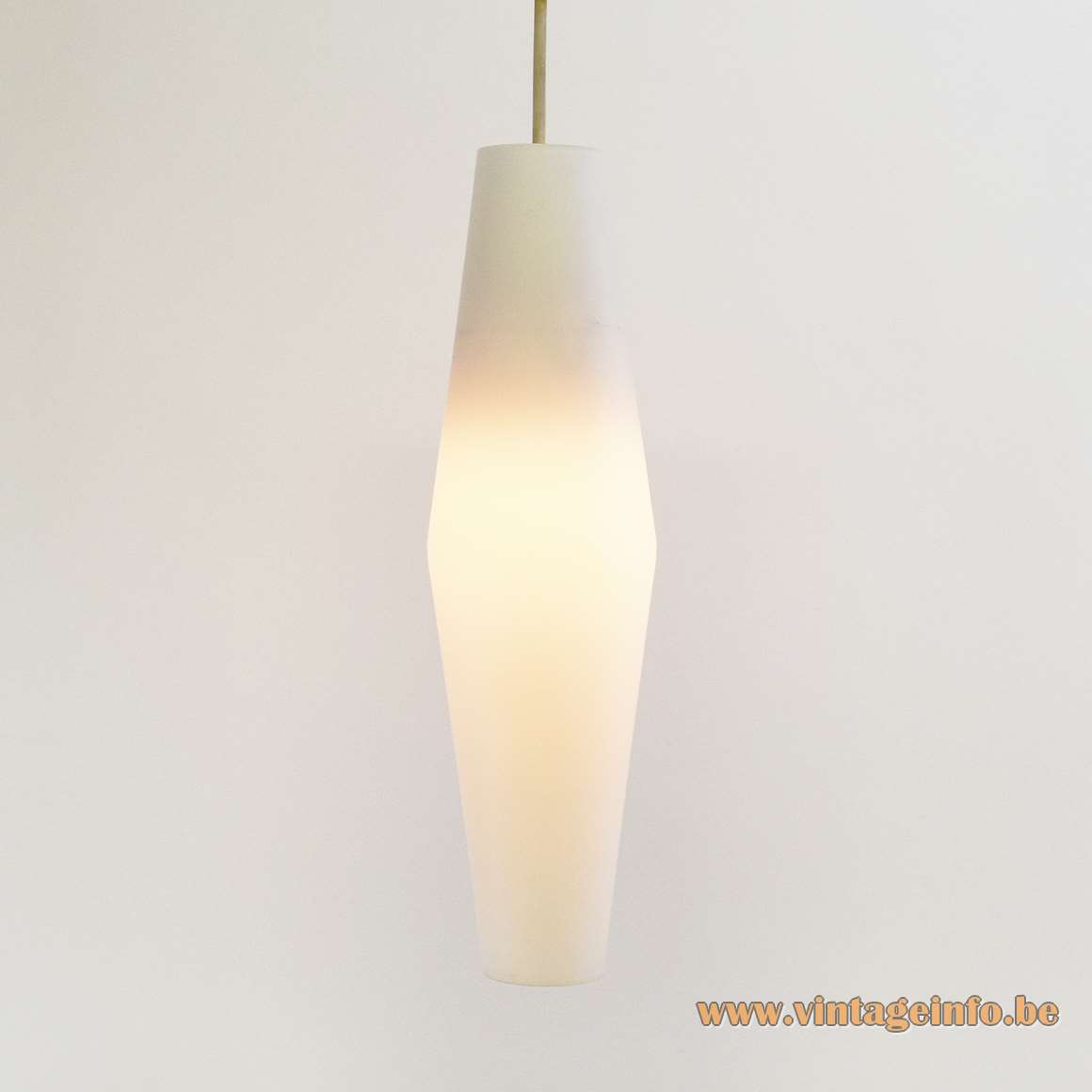 Original text from catalogue 5, 1962 (in Dutch)
(The pendant lamps with a teak top)

Teak from the tropics
Milk glass from Jutland
White glass bottles, filled with blank light. As a trinity grouped to a yoke of warm and living teak wood. Each glass shape crowned with a cone of the same tropical teak. Bottles, cones and double cones of opal satin glass. Balanced and confidence-inspiringly beautiful.

Other versions: The Raak lantern pendant lamp exists in several sizes and was also made with a wooden cone on top made of teak. Made as single pendant lamp, chandelier, wall lamp, wall lamp with a metal black hood…

The glass is made in Jutland, Denmark, according the catalogue. The most famous Danish glass maker is Holmegaard, but the company is not located in Jutland. It was designed by Svend Aage Holm Sørensen in the late 1950’s, as mentioned in catalogue 3.

Raak is best known for their organic modern design of the 1960’s and 1970’s which combined glass & metals for a sophisticated futuristic style.

Raak  also collaborated with other companies. They worked with the German Peill + Putzler for the Raak Globe lamps. Peill + Putzler produced the glass. They also sold lamps made by Peill + Putzler, such as a pendant lamp designed by Aloys Ferdinand Gangkofner. For the Raak Discus the glass was made by Bega, also a German company. For the Stalactites lamps a cooperation with the Belgian Val Saint Lambert was undertaken in the late 1950’s. Raak also sold some lamps that were produced by Staff Leuchten (Staff & Schwarz Leuchtenwerke GMBH) from Germany. iittala from Finland produced the glass for the lamps that were designed by Tapio Wirkkala. Raak collaborated with many other lighting producers. 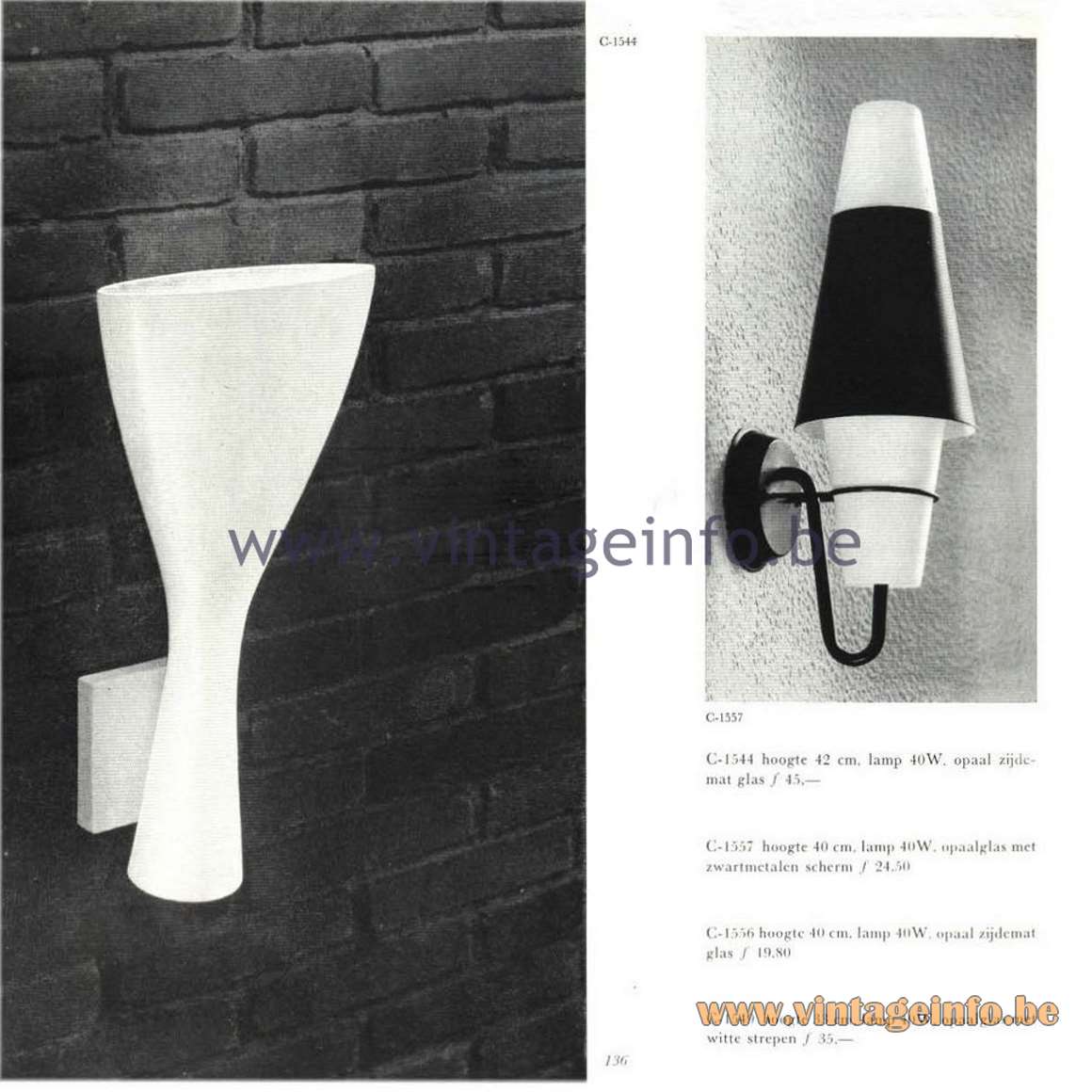 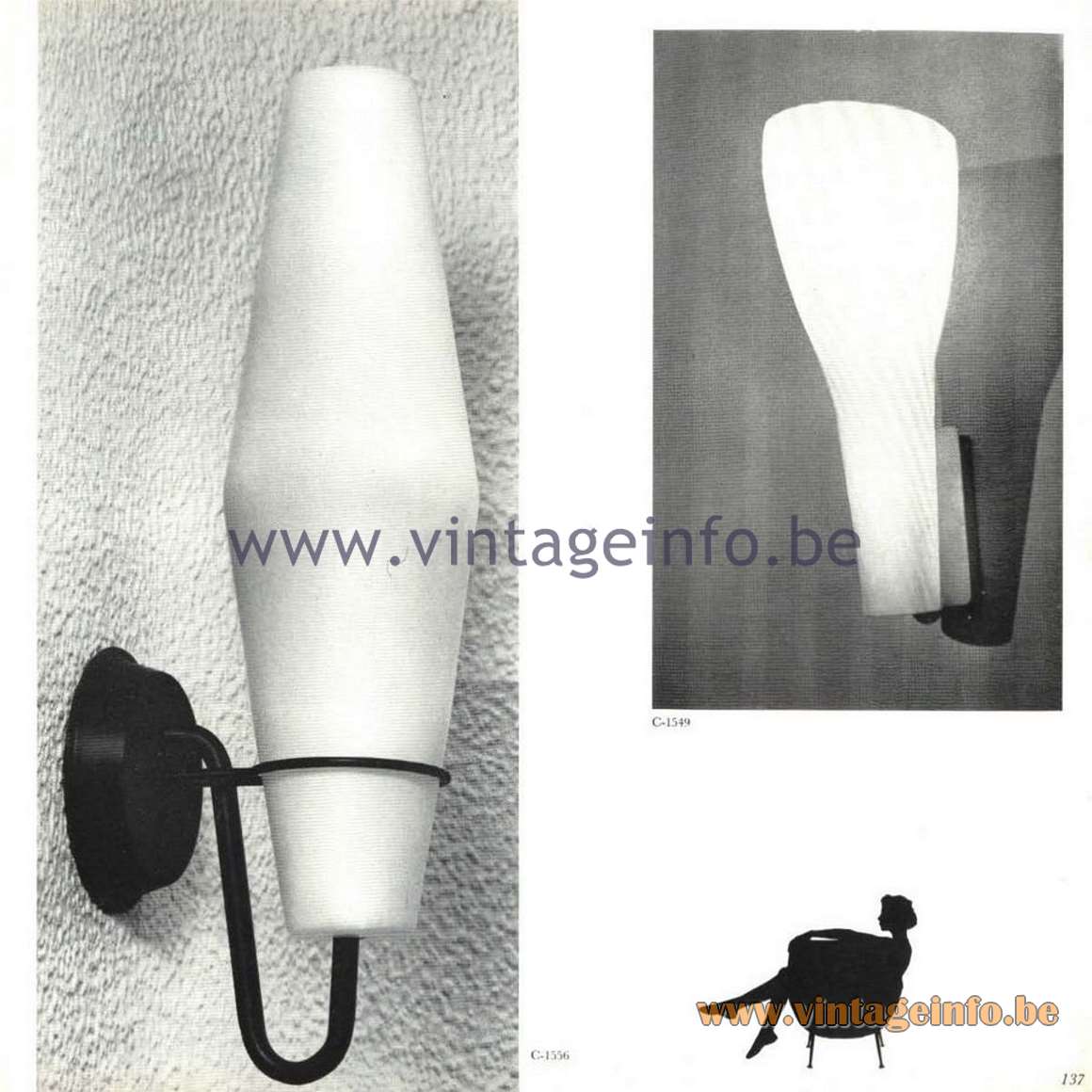 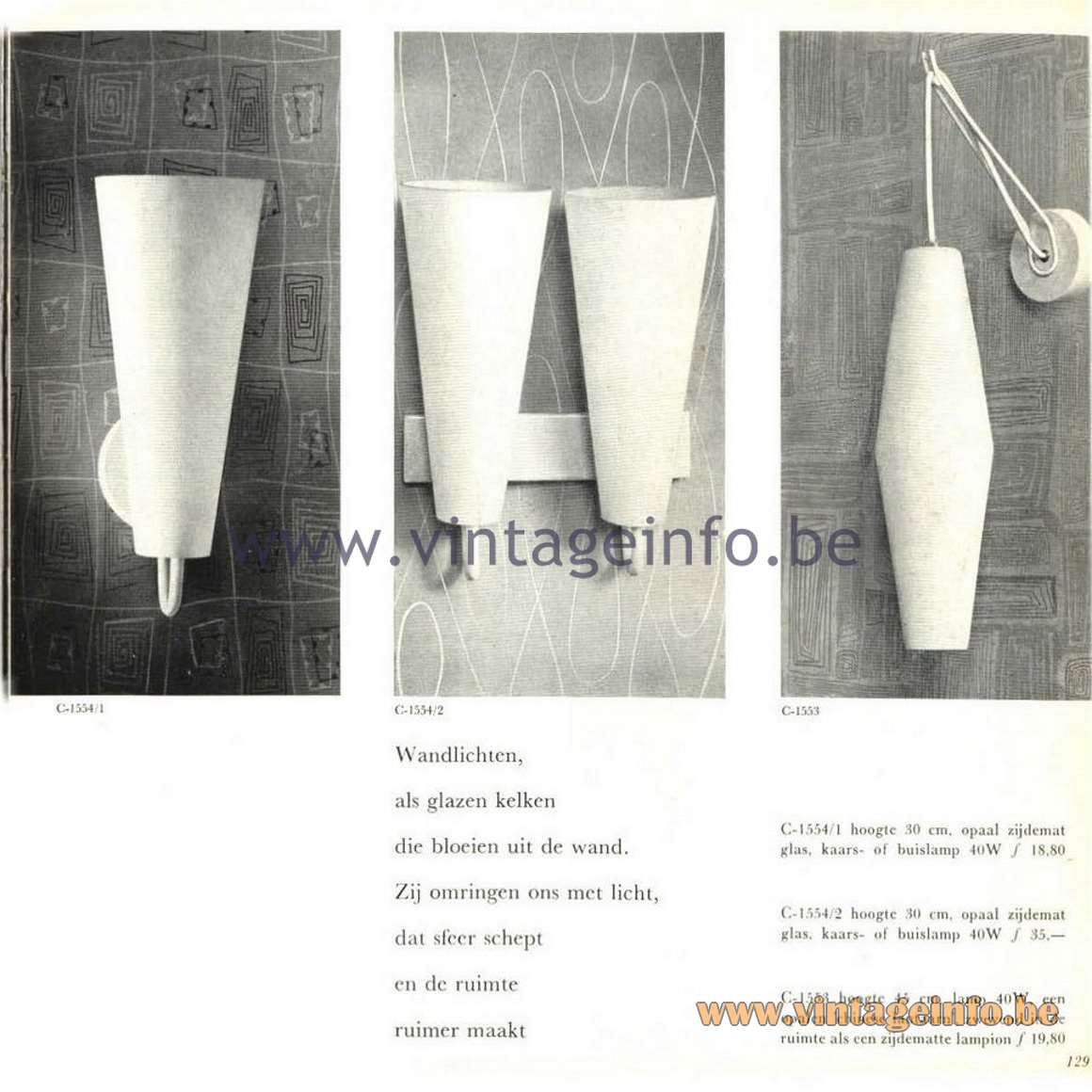 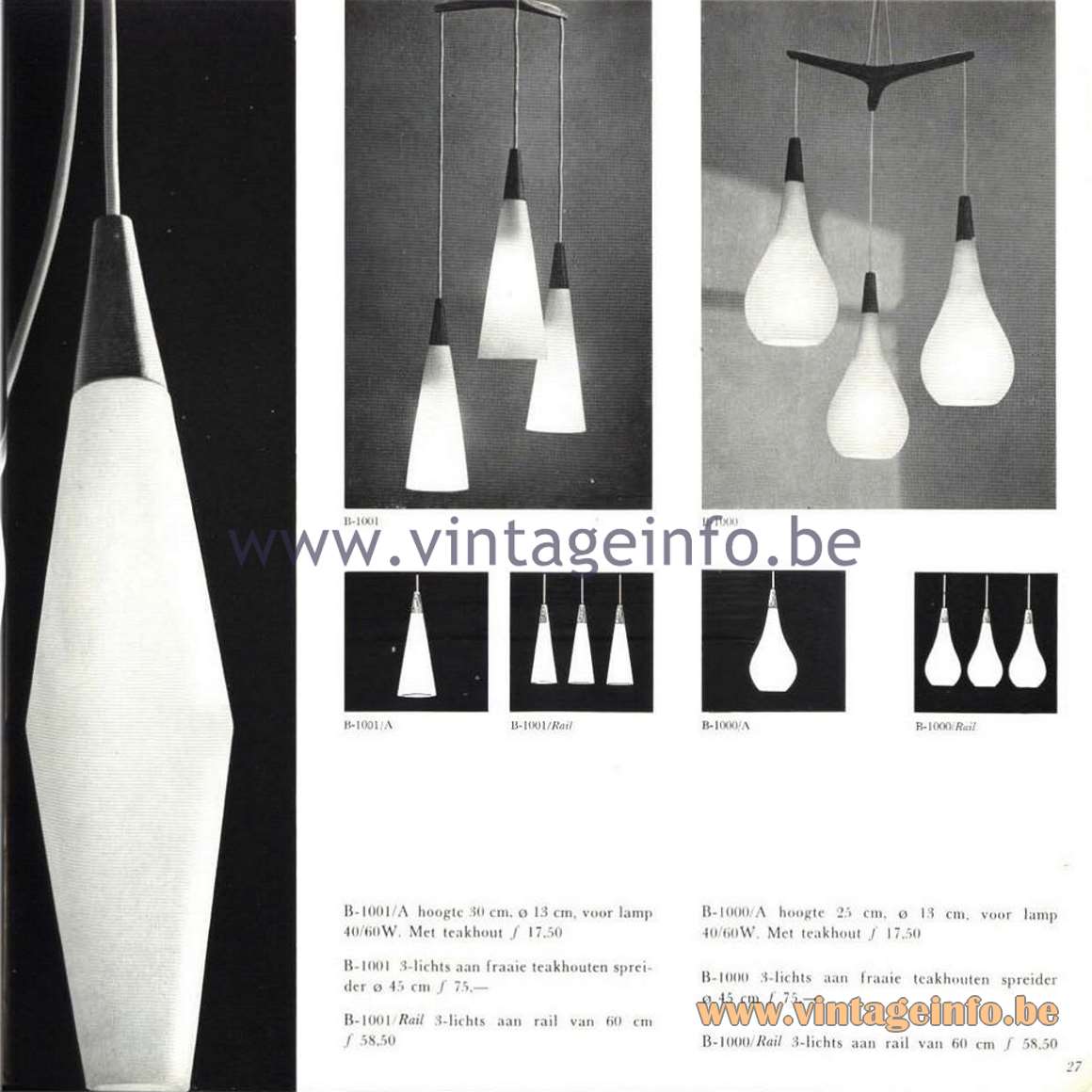 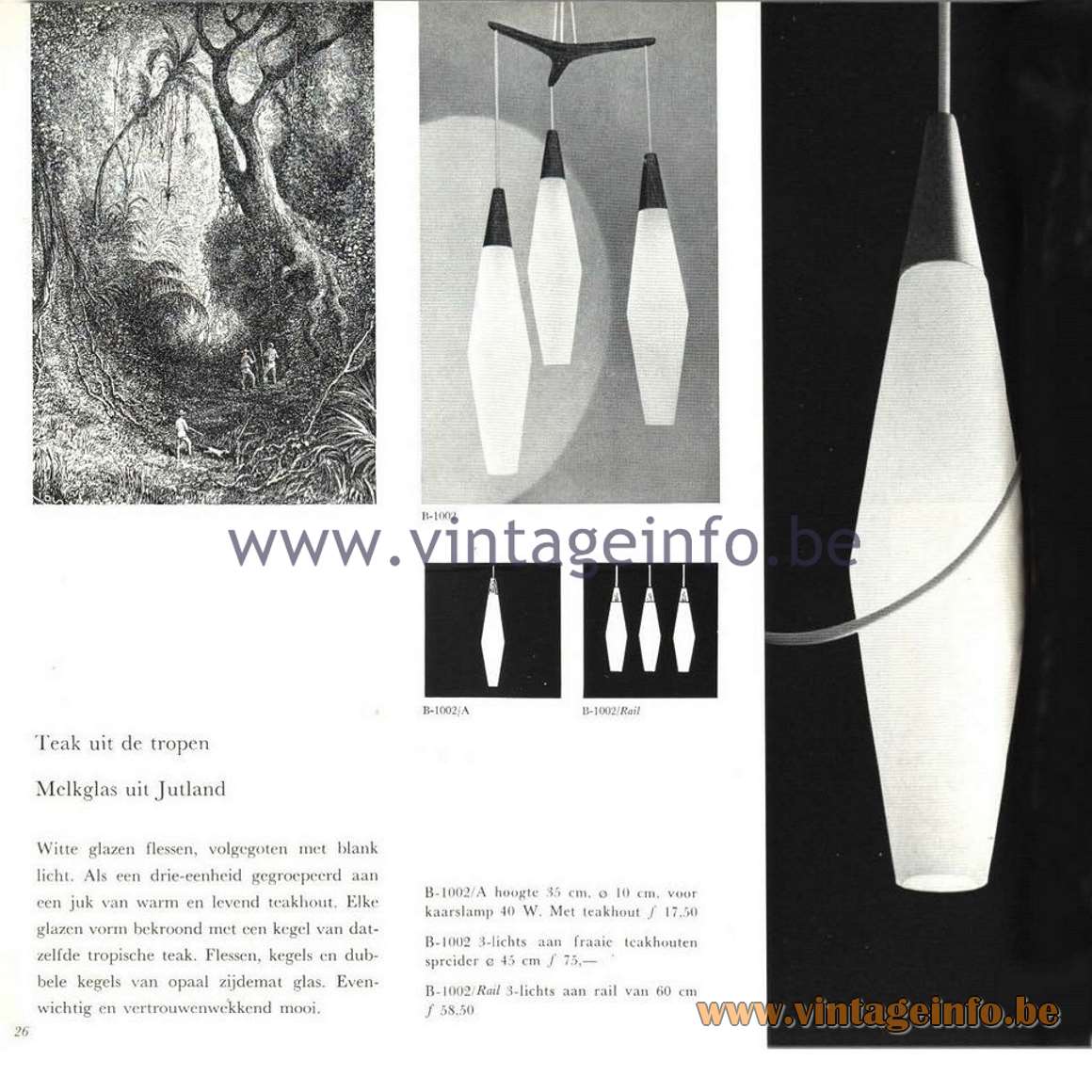