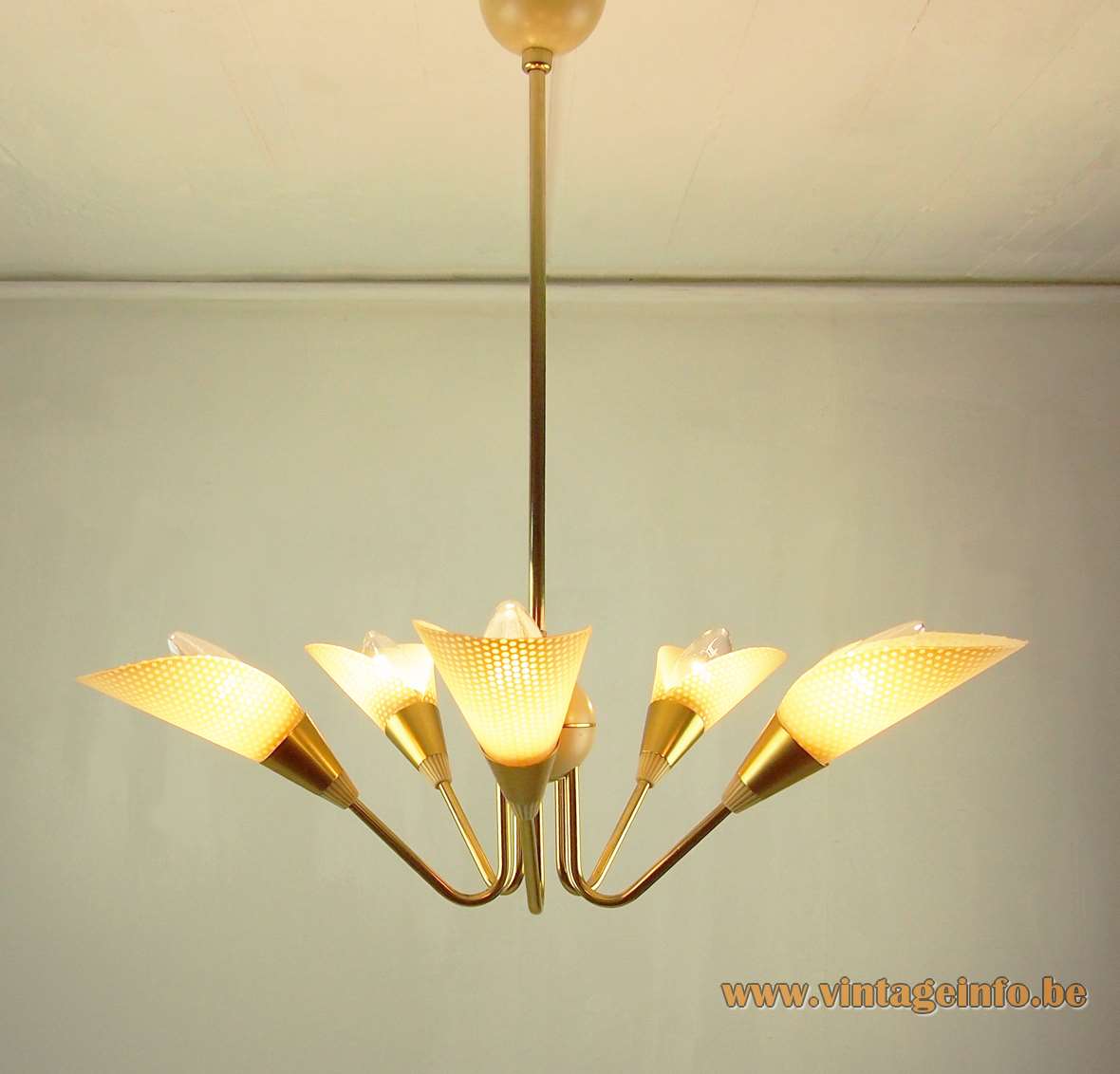 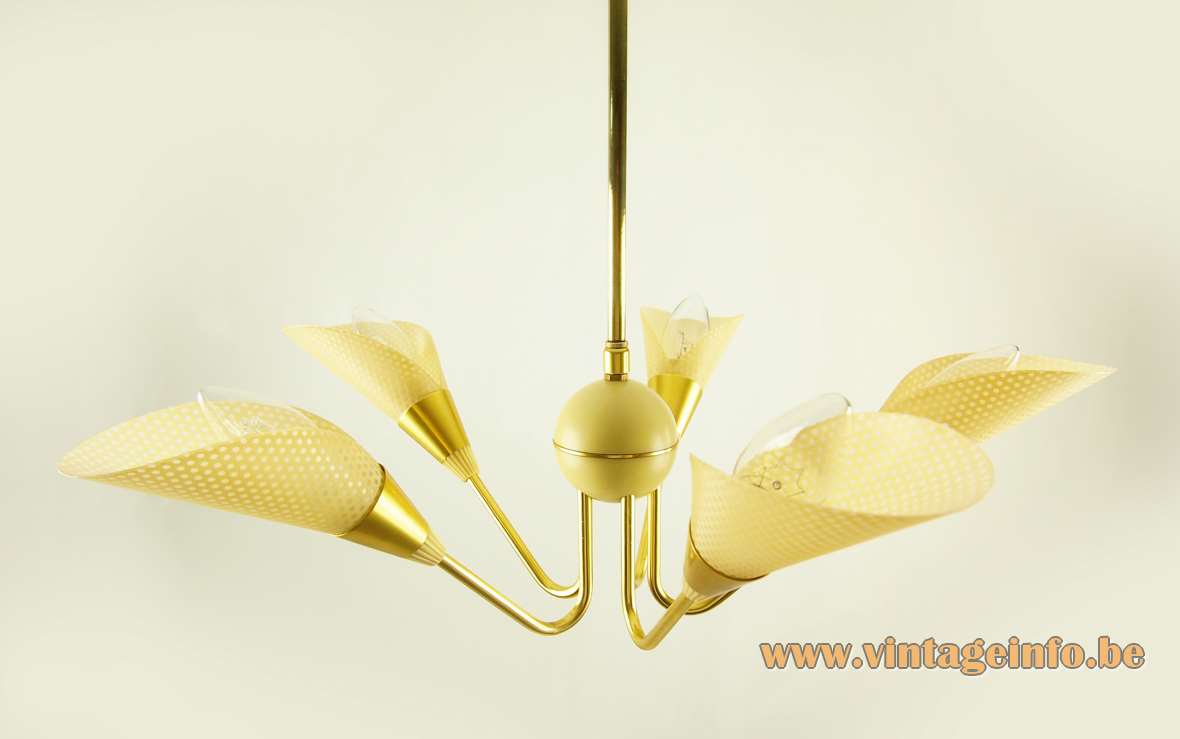 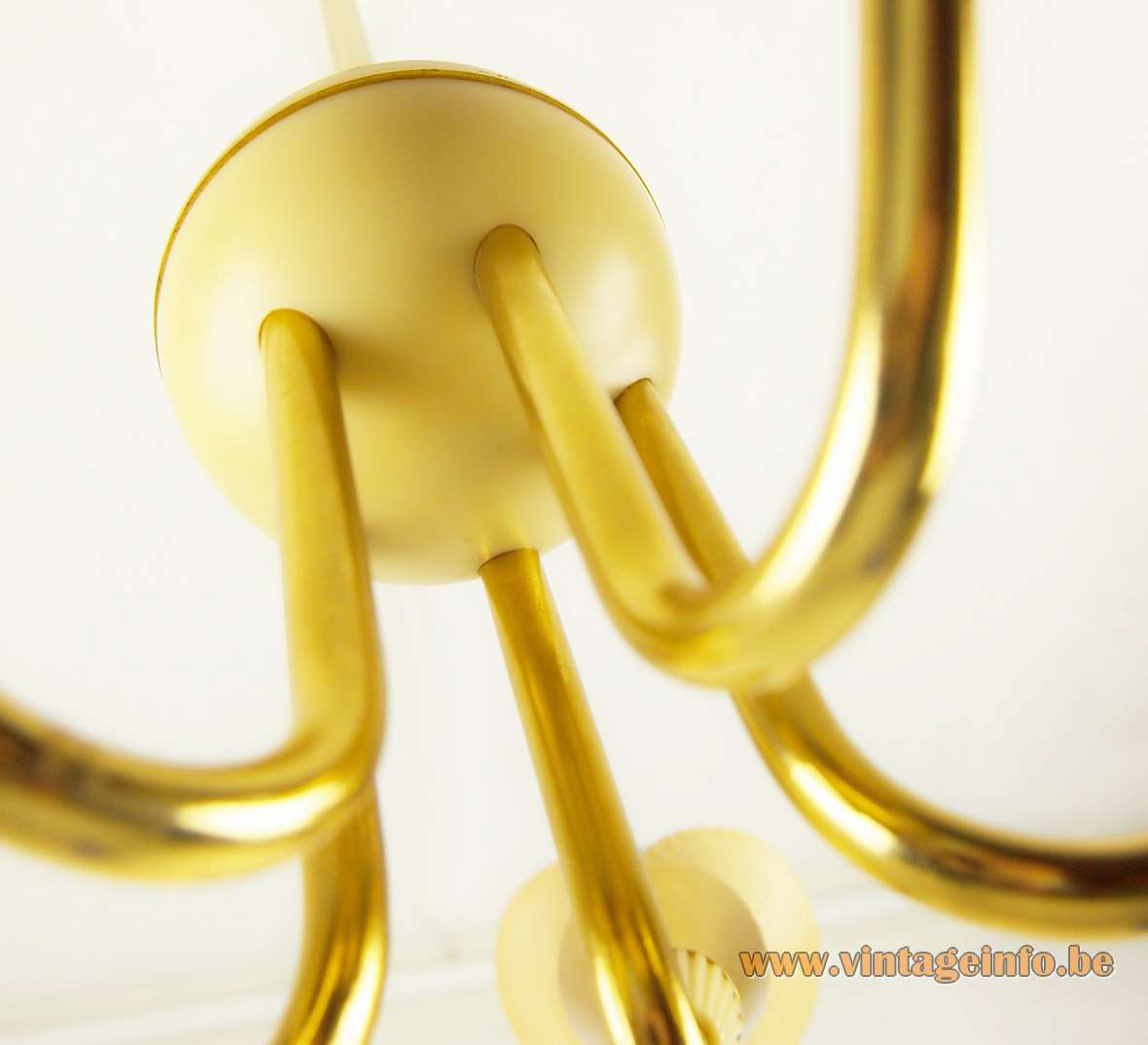 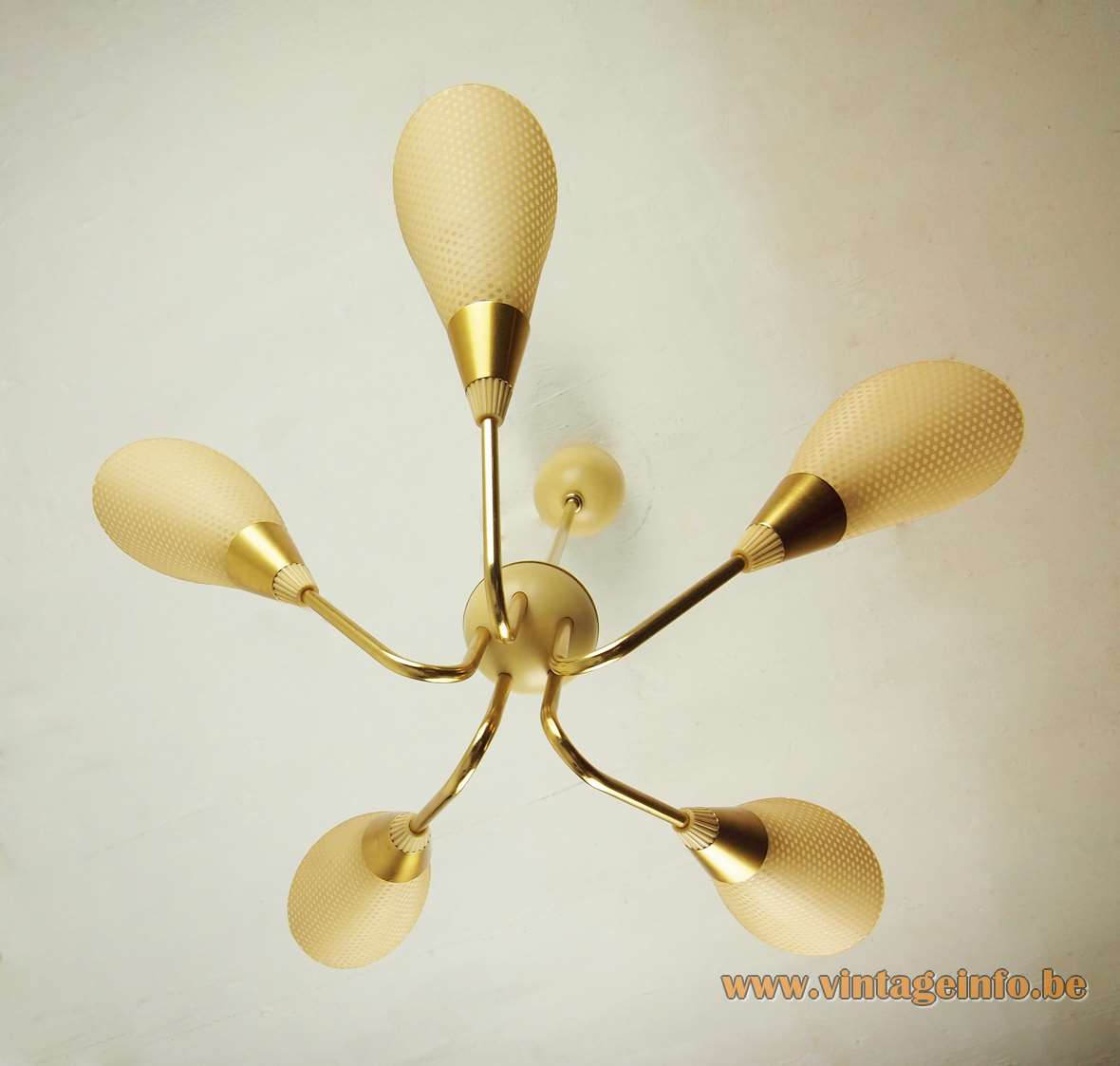 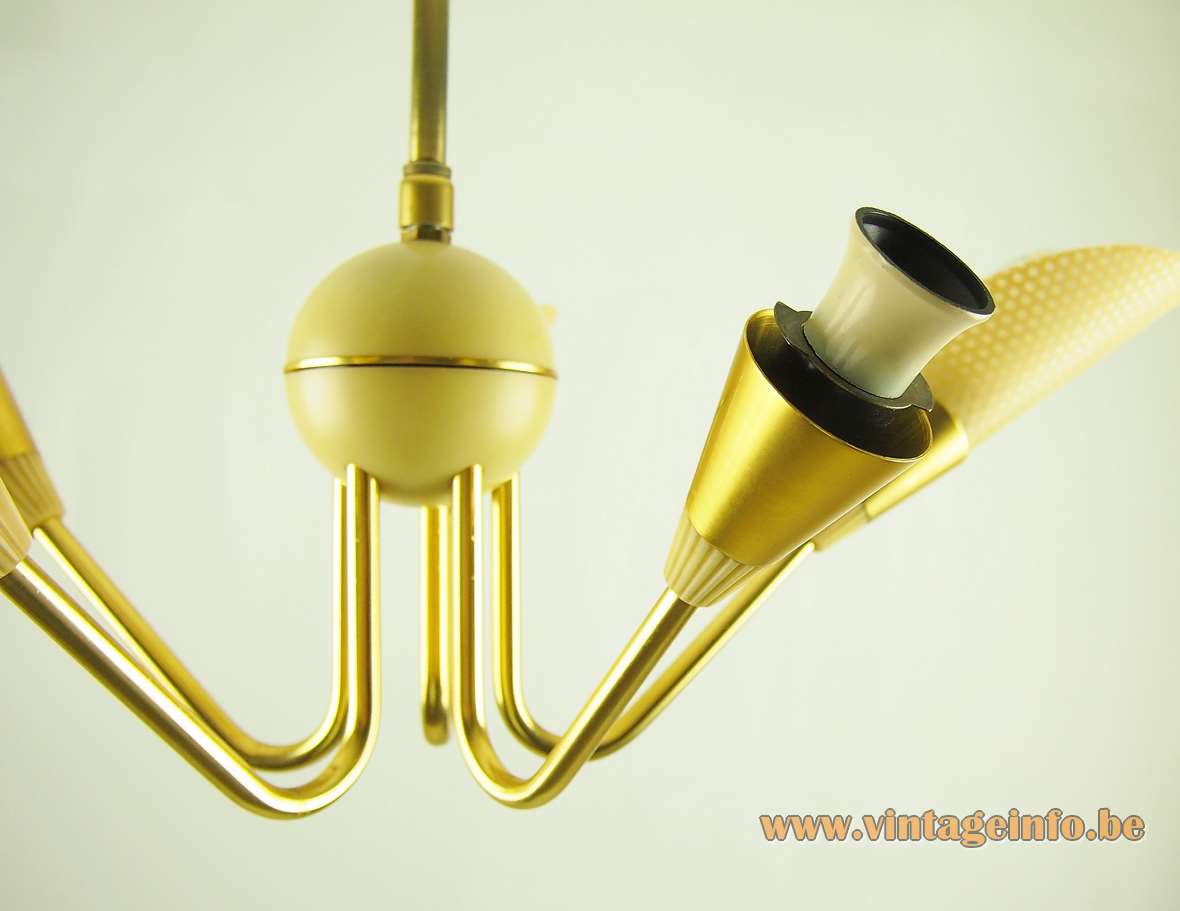 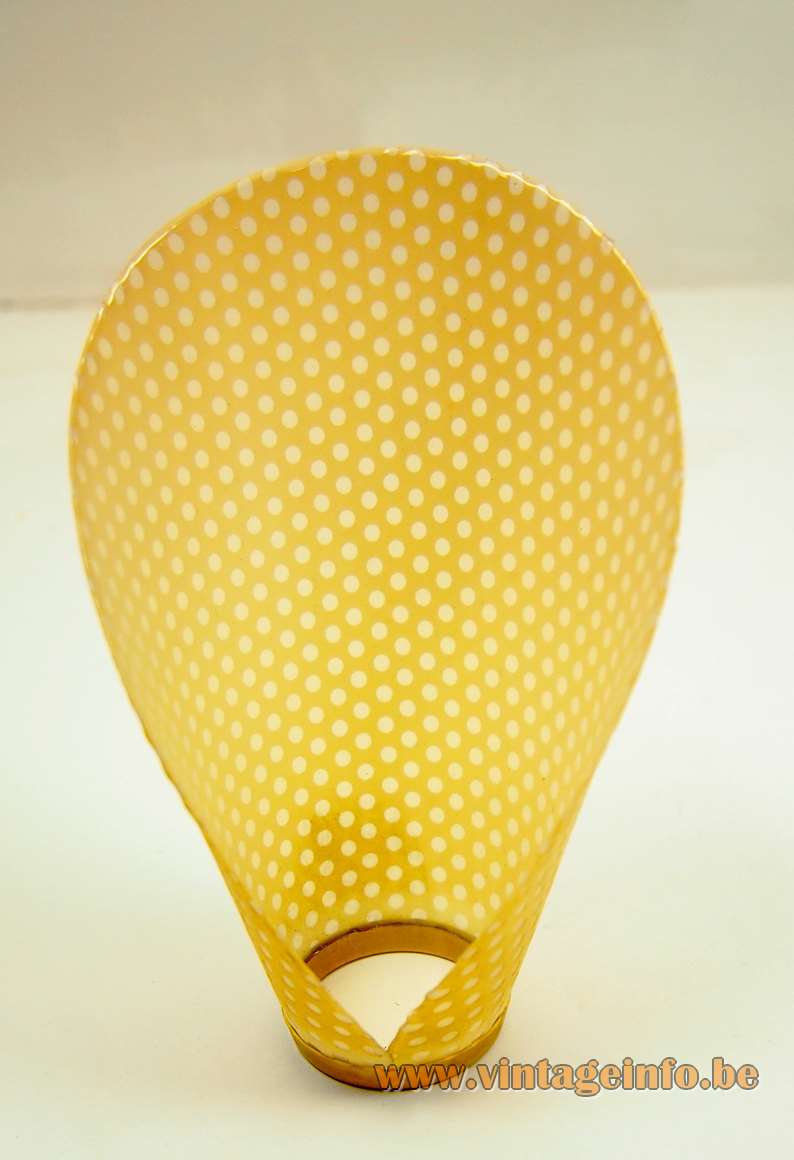 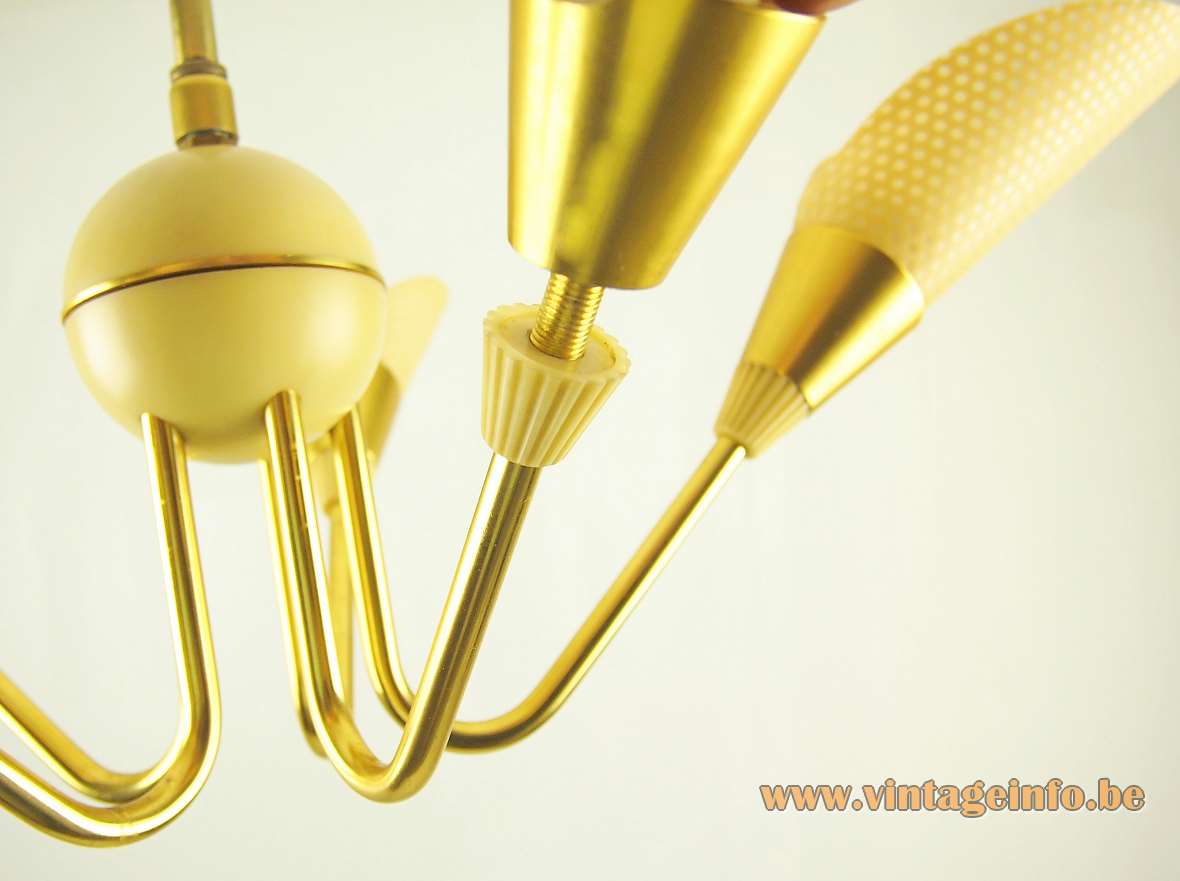 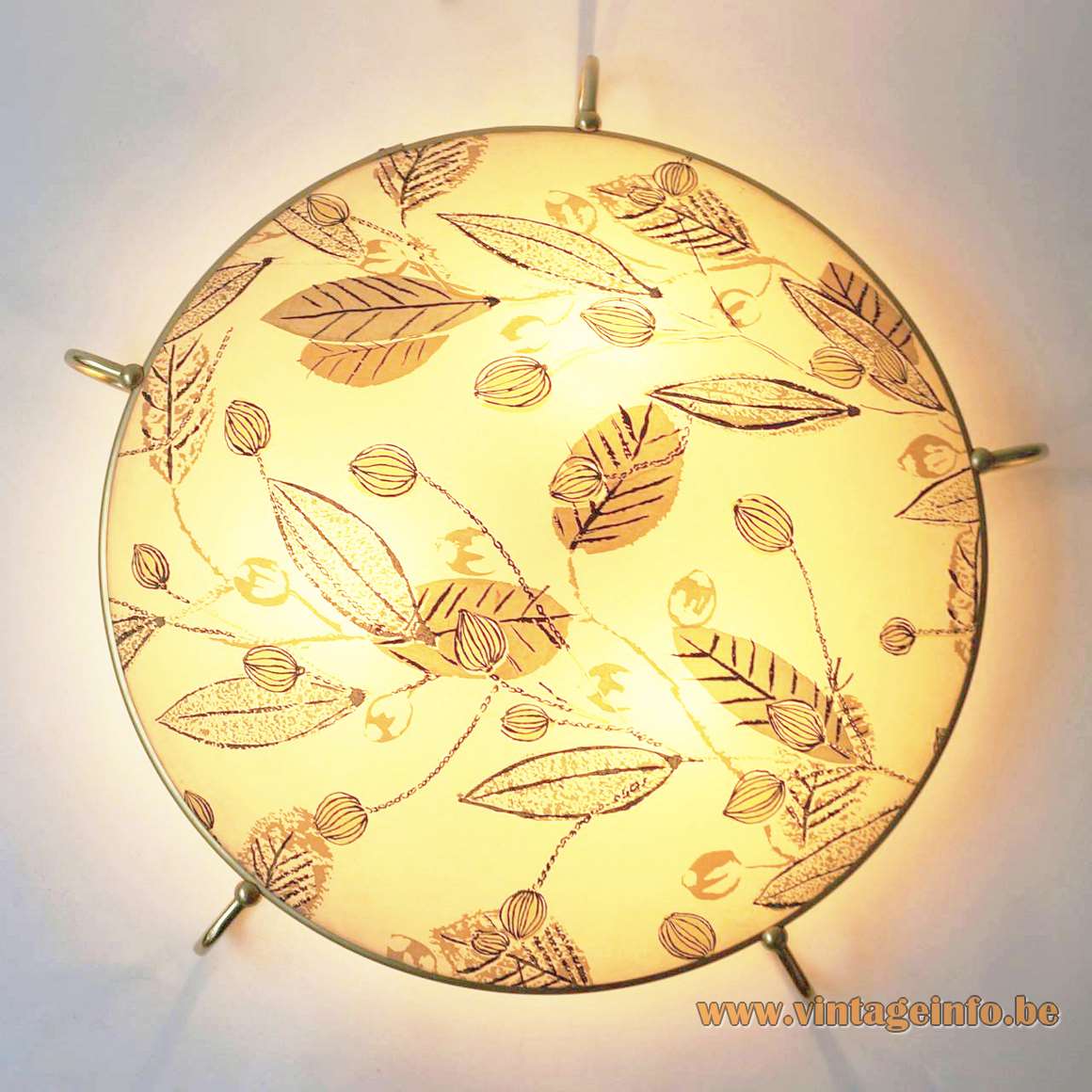 Other versions: Several designs were used for this 1950s ERCO chandelier with a Bakelite globe in the middle. They exists as a floor lamp, table lamp and wall lamp. A flush mount with the same materials was also made, as you can see below. Another chandelier can be found here on Vintageinfo.

Aloys Ferdinand Gangkofner was born in Reichenberg, Germany in 1920. He studied at the Staatliche Fachschule für Glasindustrie (State Technical College for the Glass Industry) in Zwiesel for 1934 until 1935. He worked as a freelancer for Peill + Putzler from 1953 until 1958. Several of his designs were also sold by Raak Amsterdam, but were produced by Peill + Putzler.

1950s chandelier – also with a Bakelite globe in the middle