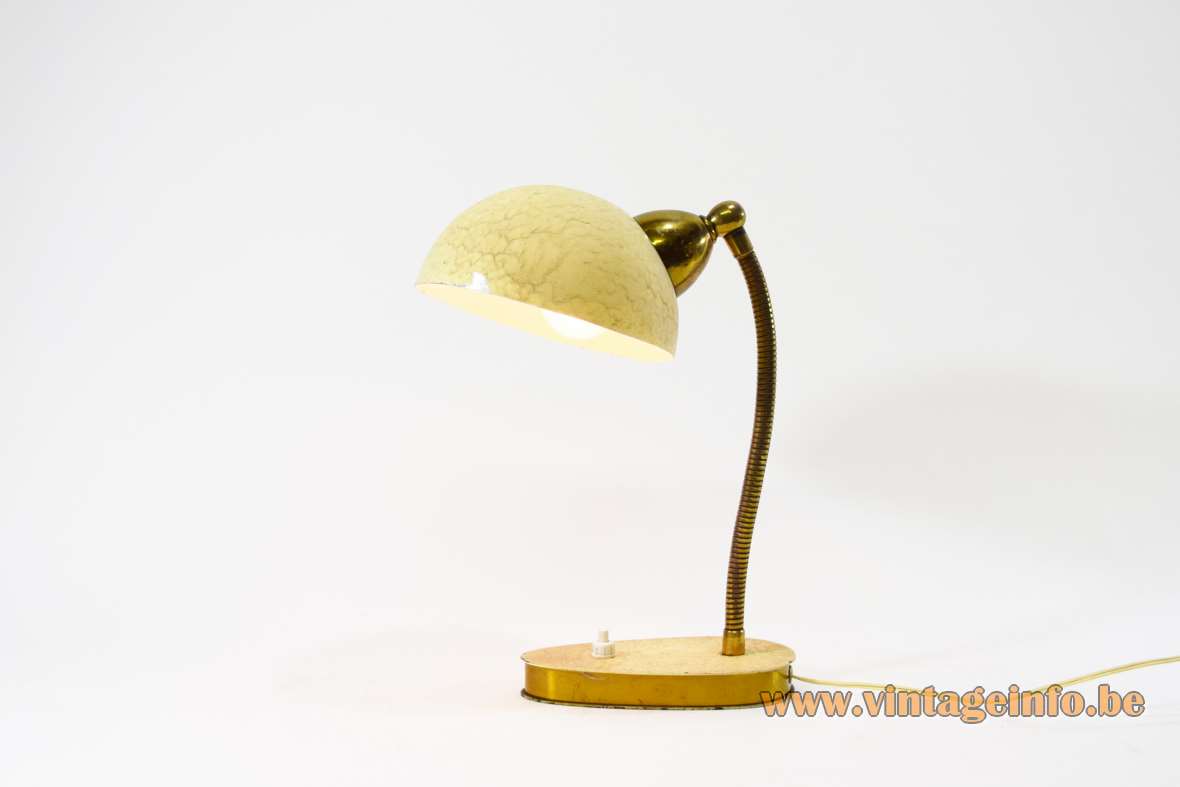 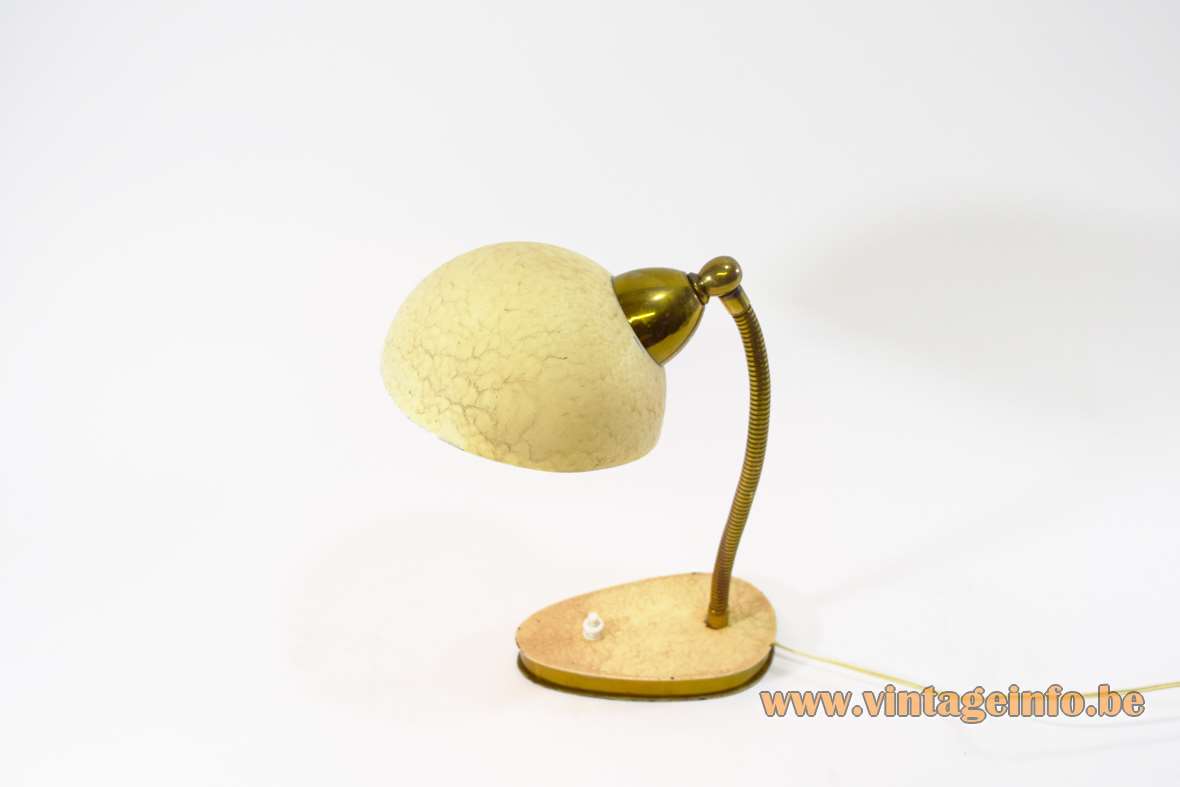 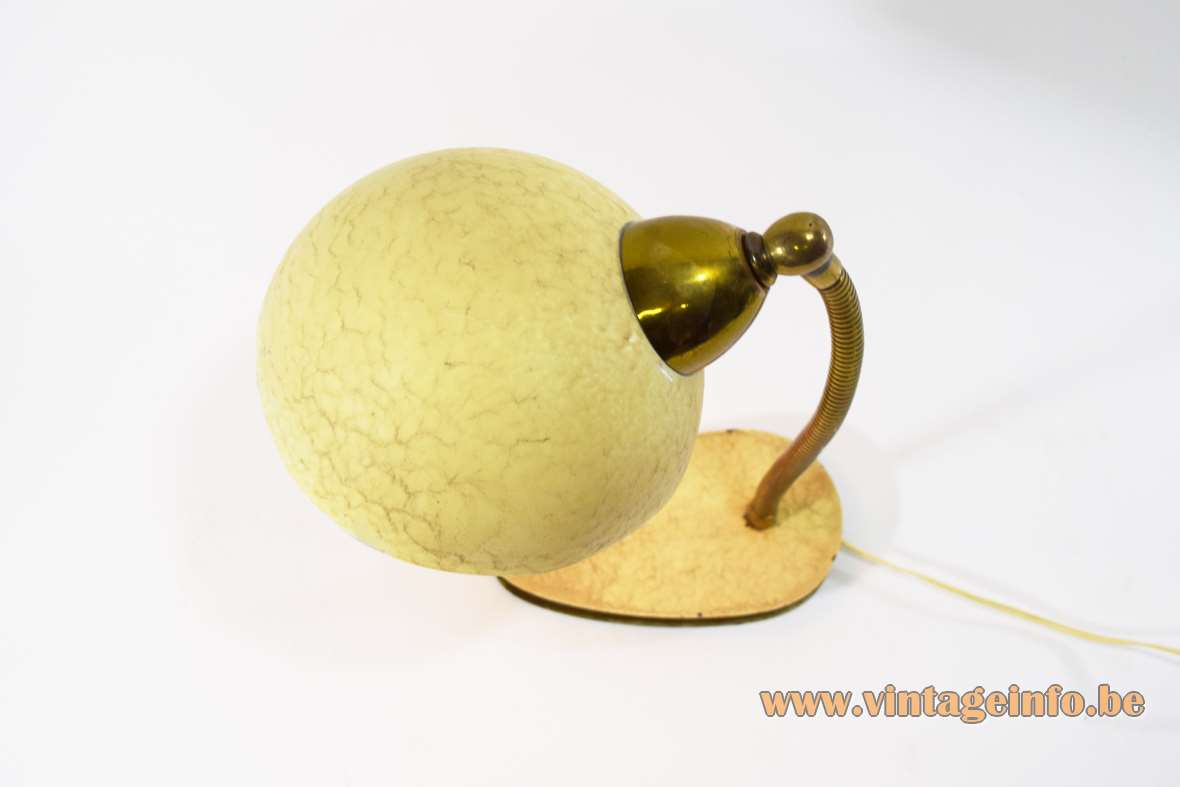 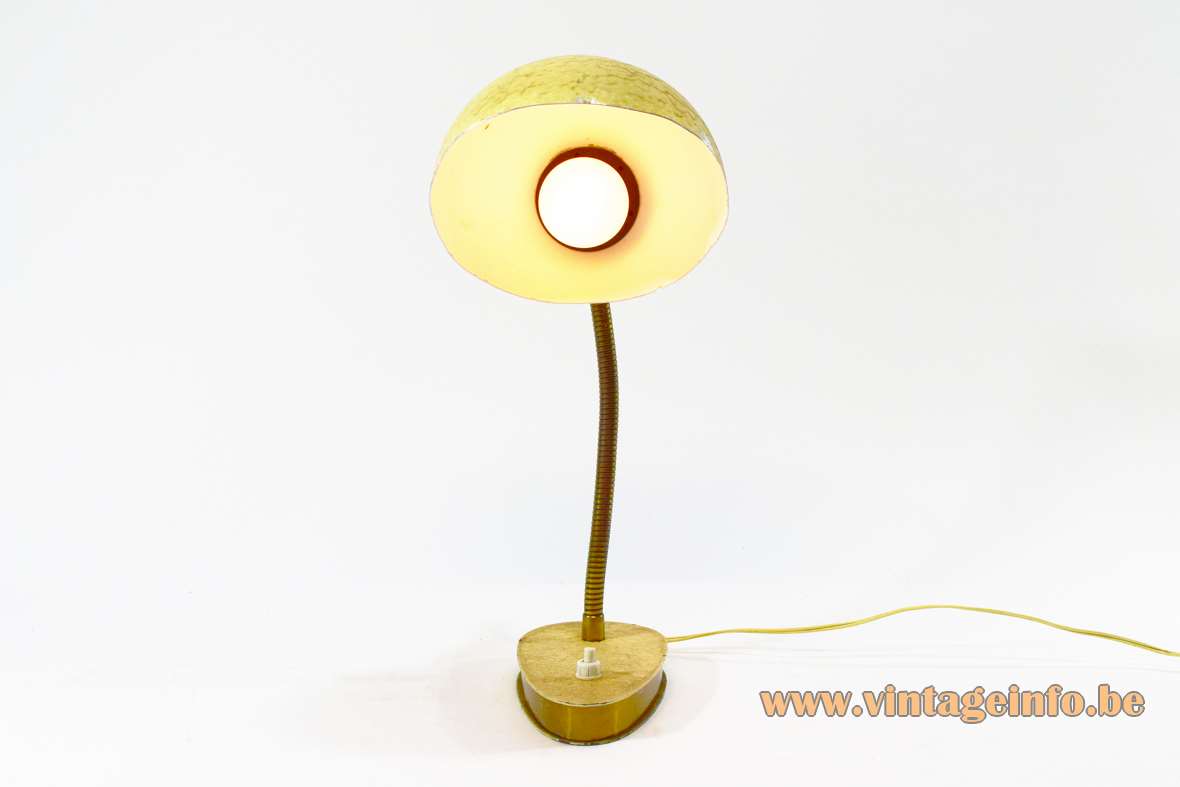 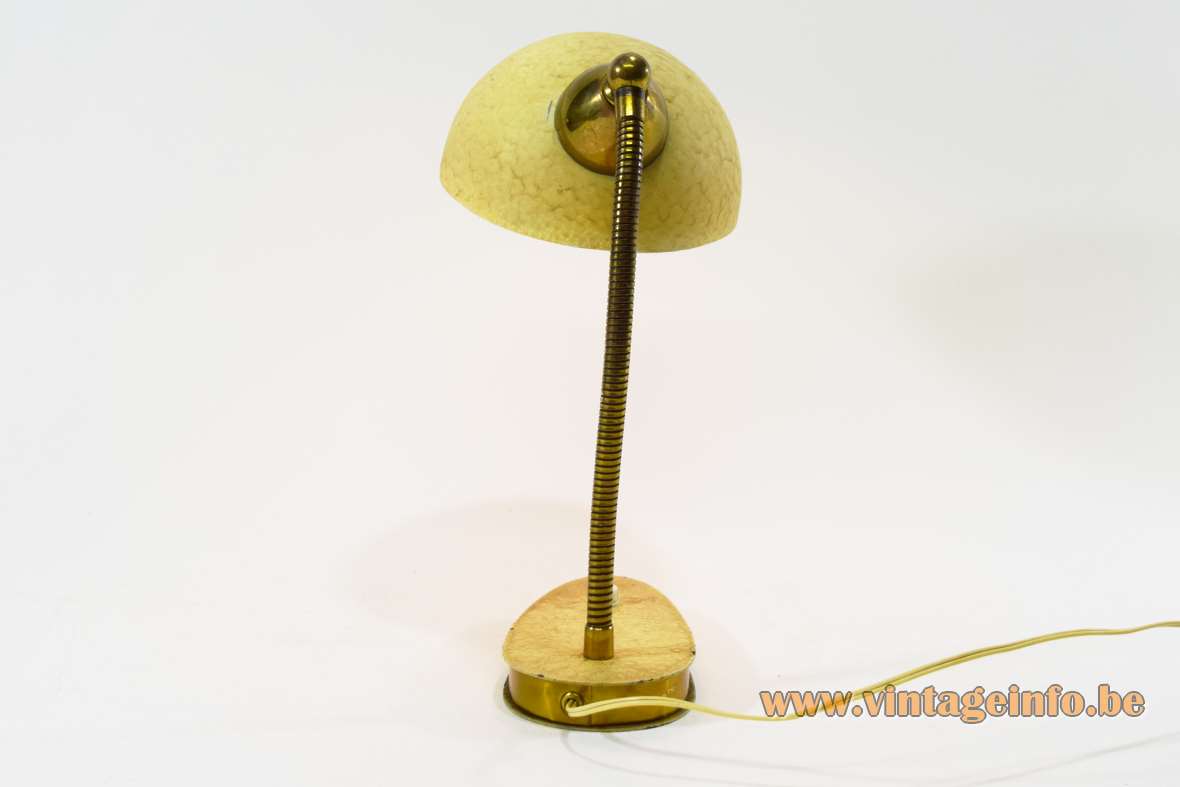 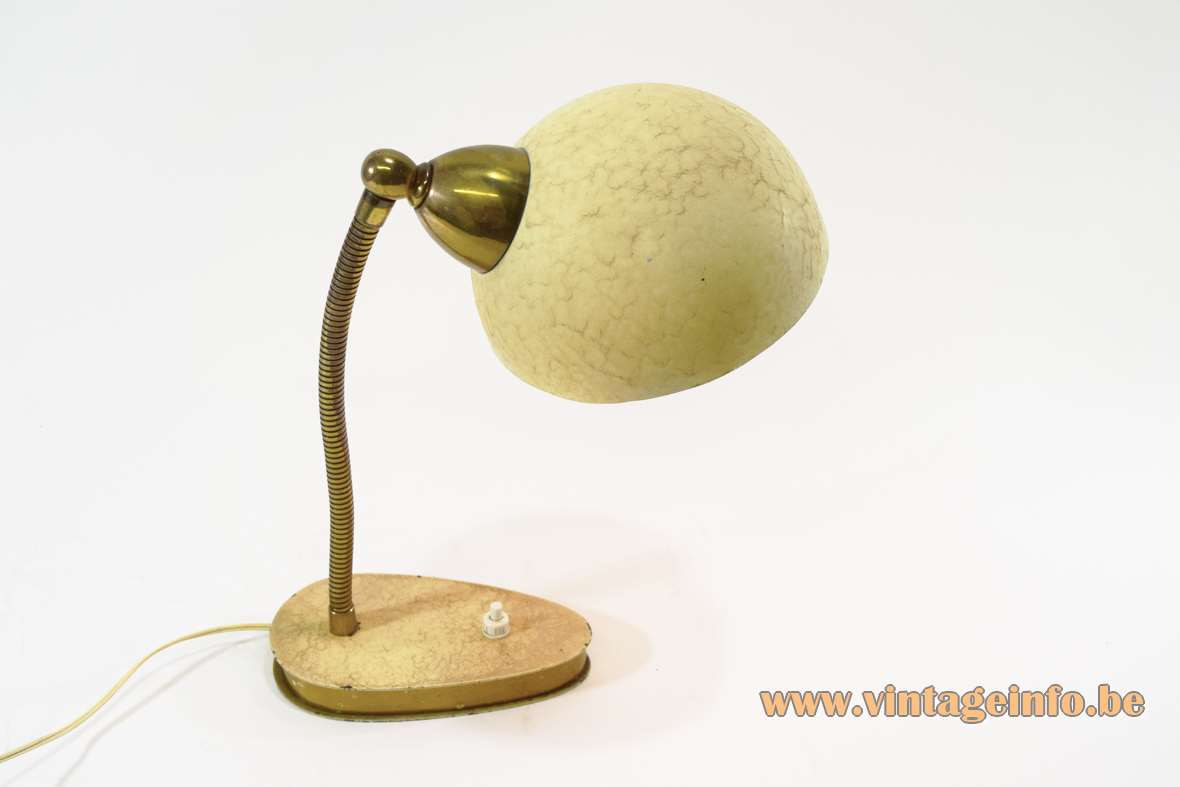 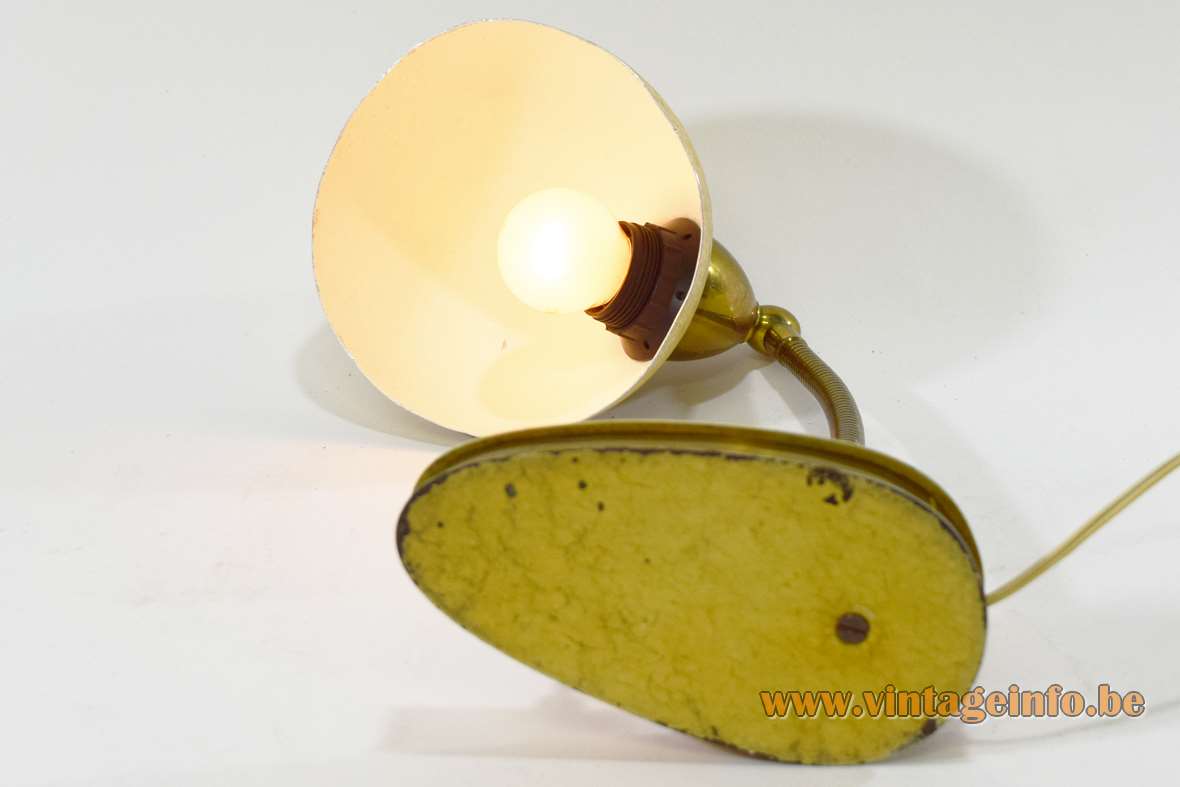 1960-1961 Welvaart – Le Bien-Être (prosperity) magazine publicity. It was a  catholic cooperative founded in 1925 in Hasselt. Since 1927 located in Merksem, Belgium.

The 1950s were the commercial highlight for the company. In the 1970s, a time when supermarkets were starting to emerge, Welvaart stuck to its own concept: small-scale neighbourhood shops. As a result, however, the cooperative fell behind and it suffered from declining profitability.

The cooperative no longer exists. It was active from 1910 until 1985. The food sector was taken over by the Louis Delhaize group, the textile sector by Santens SA. They did not produce their lighting themselves.

Other versions: The base of this 1950s cream wrinkle paint desk lamp was used for many other lamps, as you can see over here at these bedside lamps. Also made in other colours.

1950s bedside lamps with the same base

Many thanks to Christophe from STAT in Aalst, Belgium for the publicity scan from 1960.