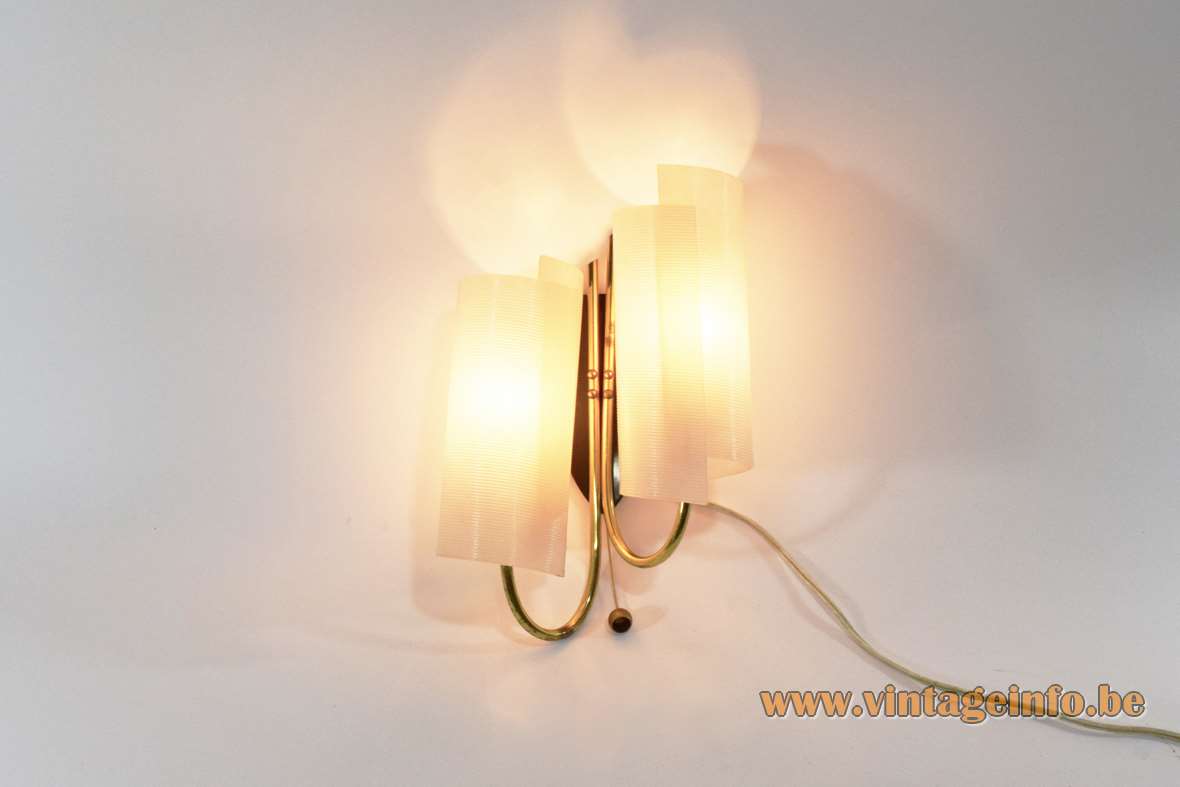 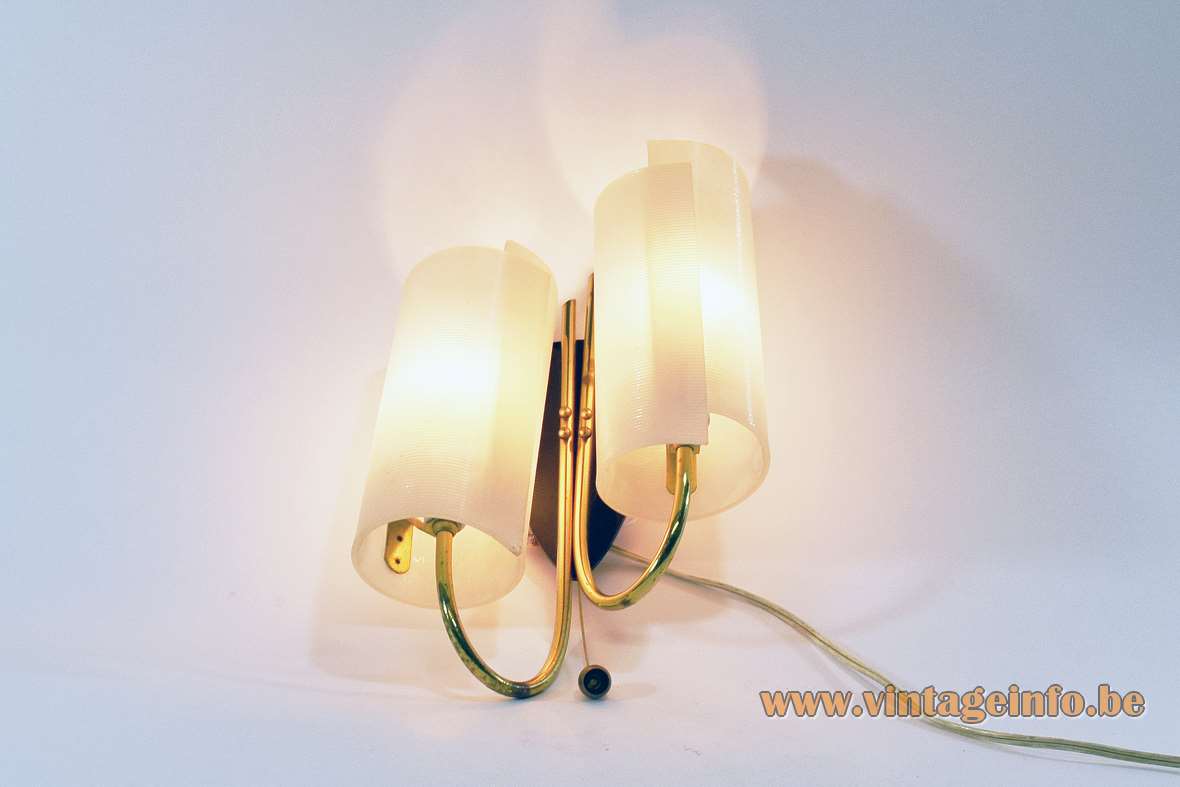 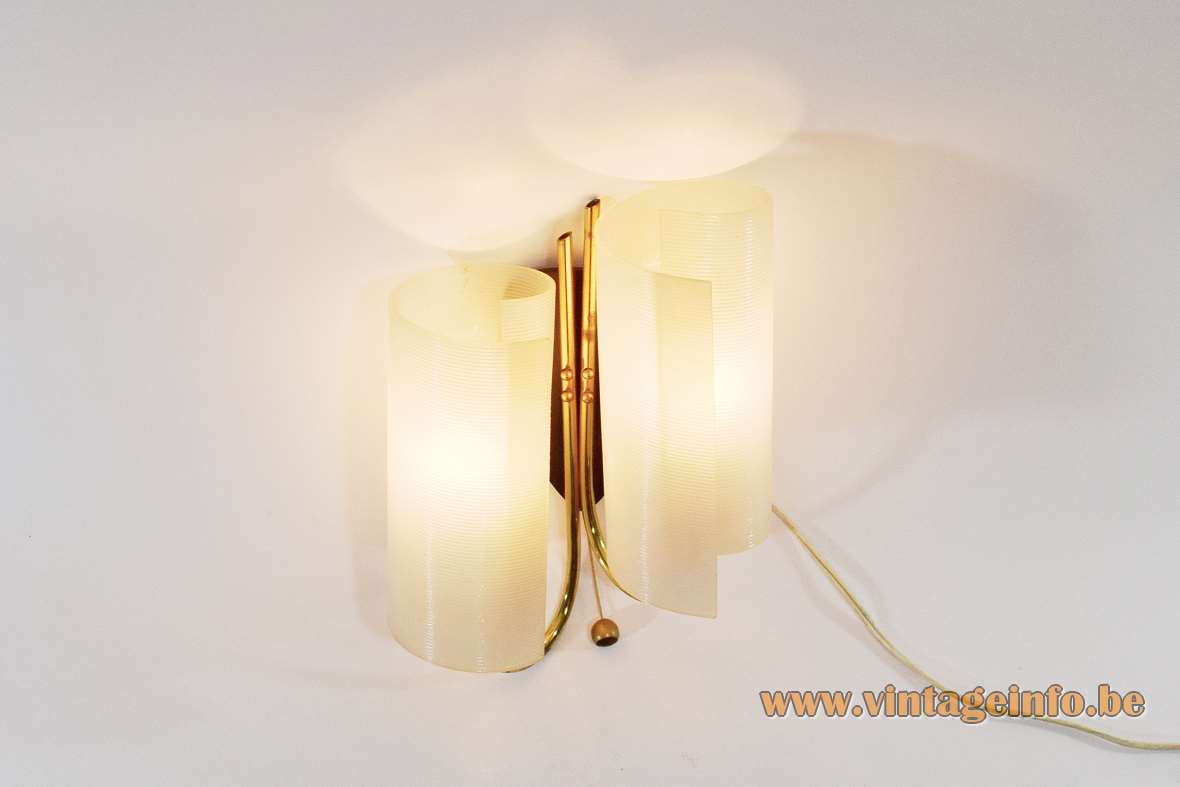 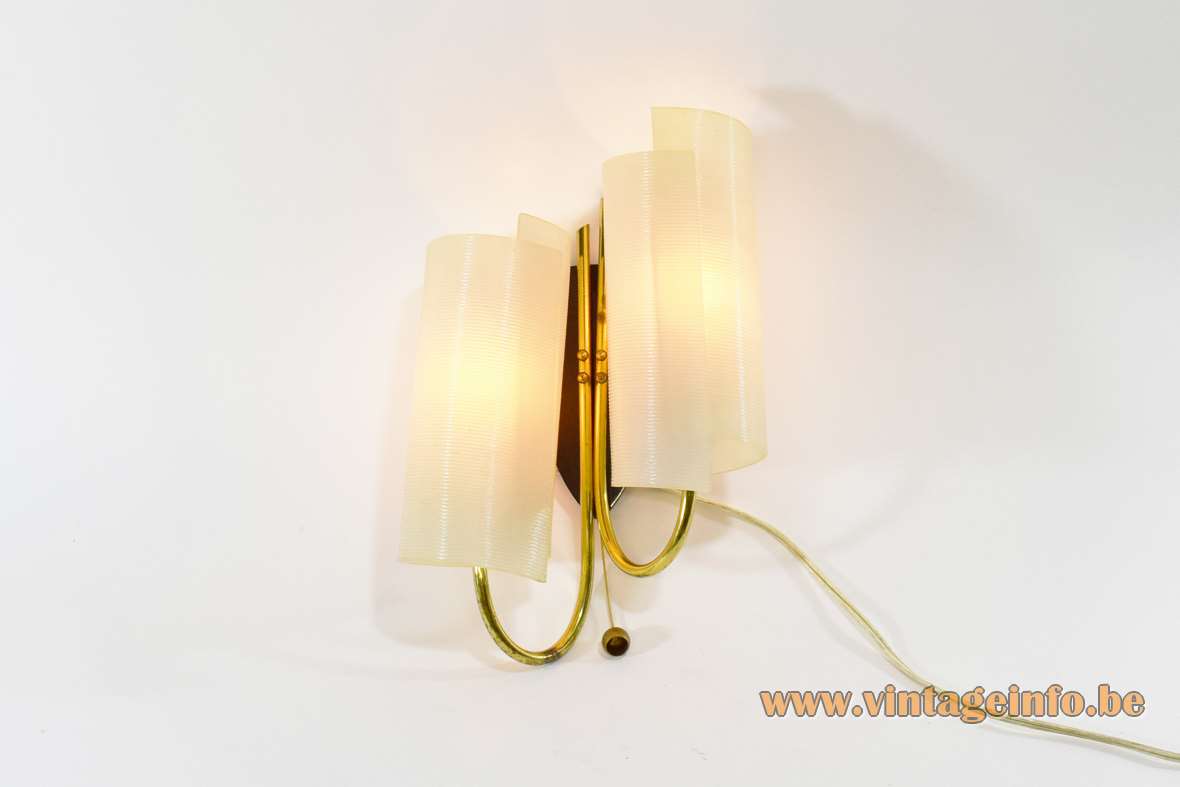 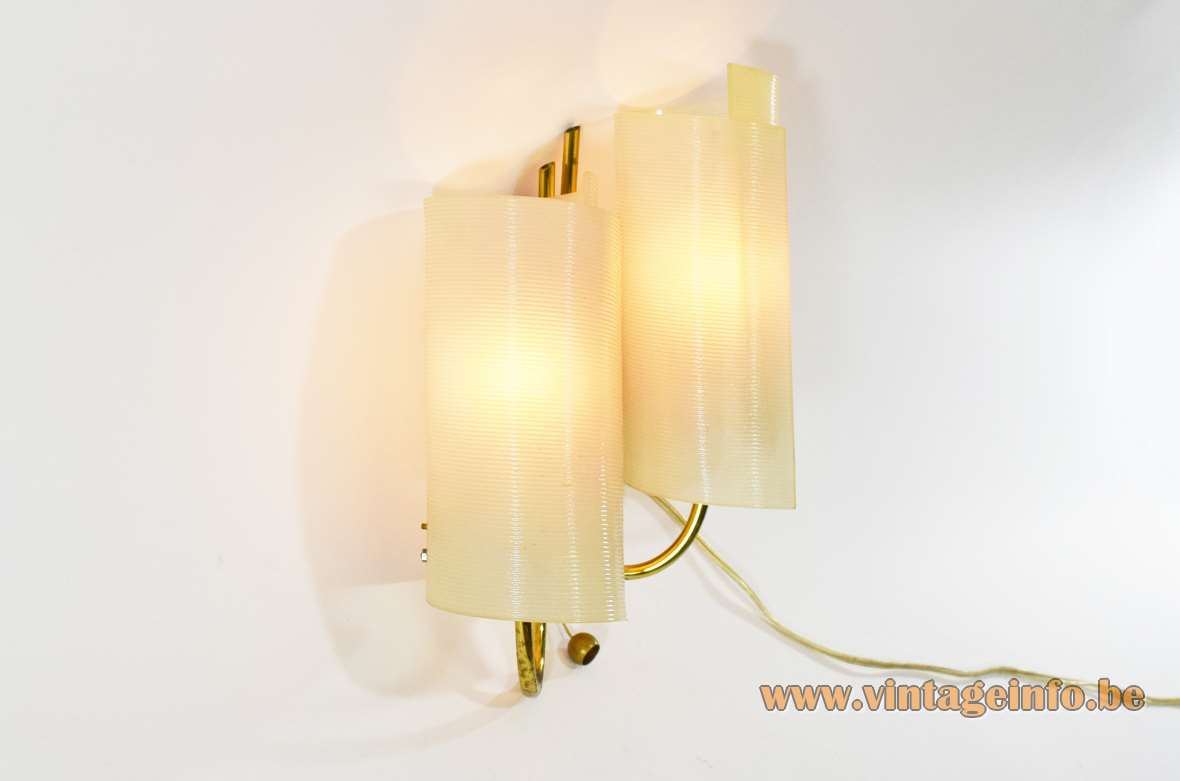 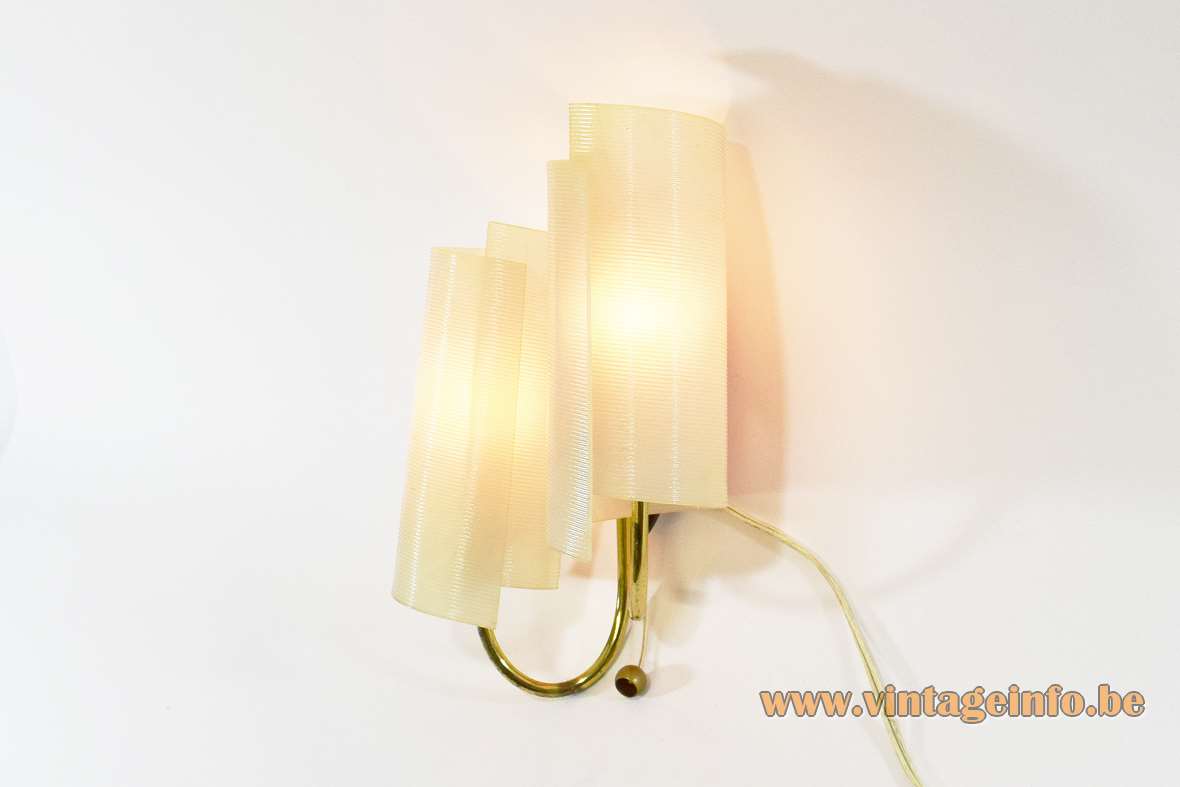 Other versions: It is unknown if this 1950s brass Rotaflex wall lamp exists in several versions. In all probability the lampshades were used for other lamps, such as chandeliers and table lamps.

Rotaflex was founded and led by Bernard Stern in 1953 who brought the company in a few years to one of Britain’s leading lighting makers.