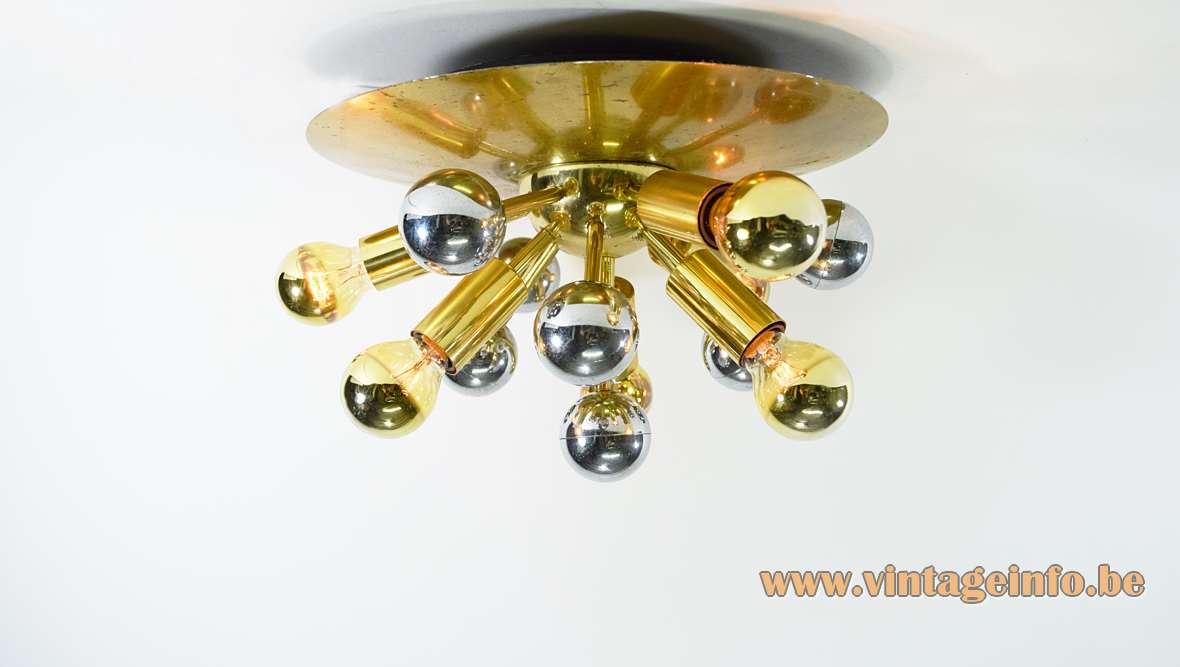 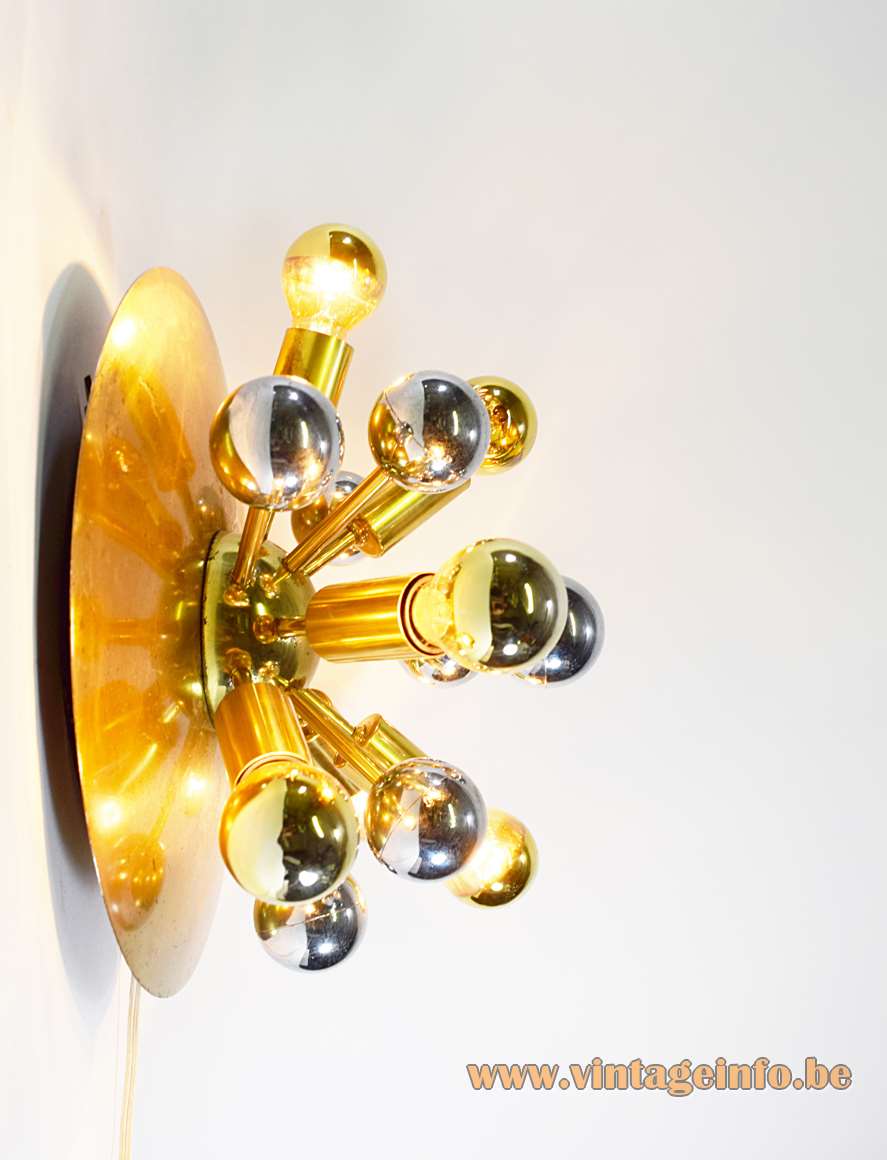 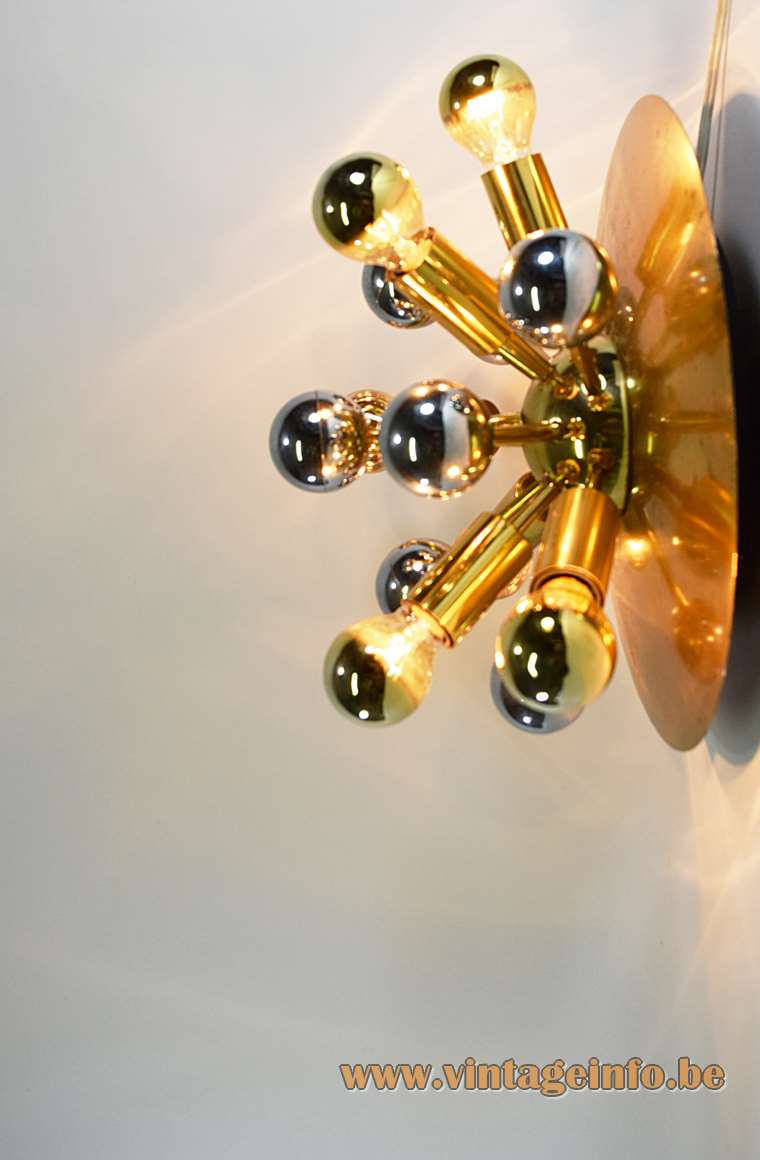 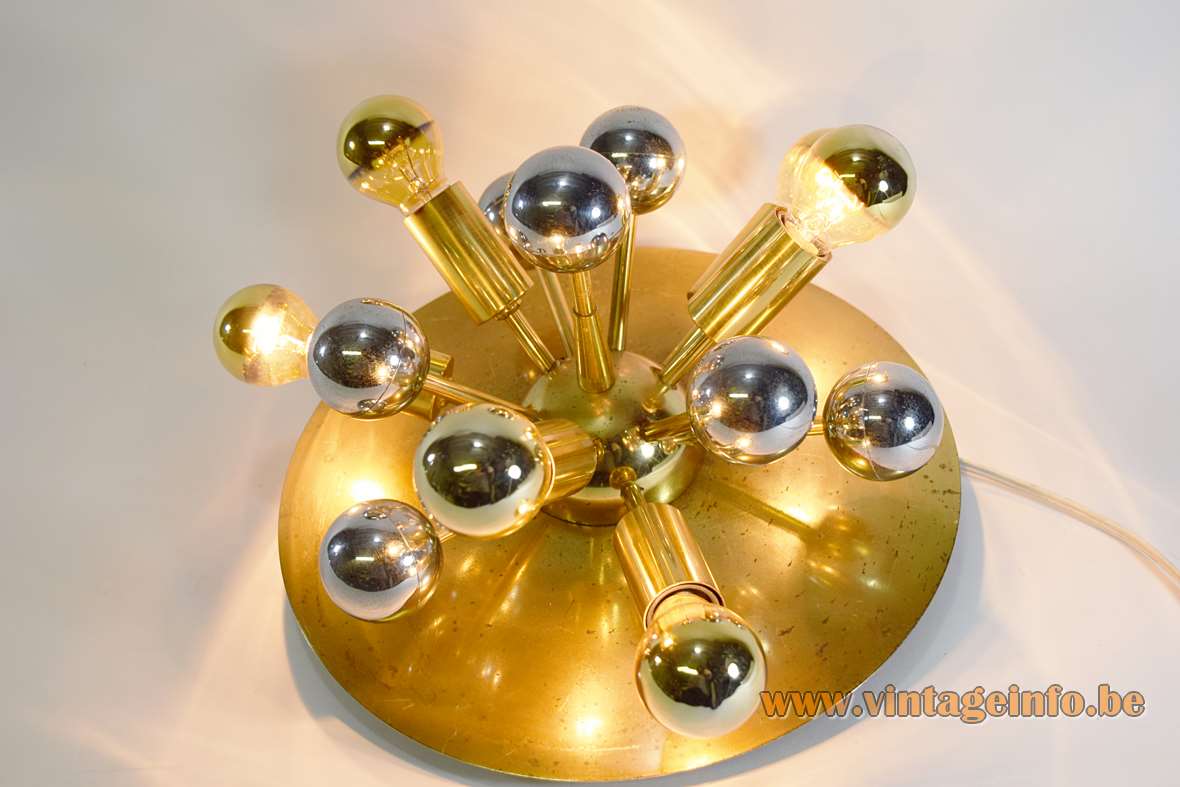 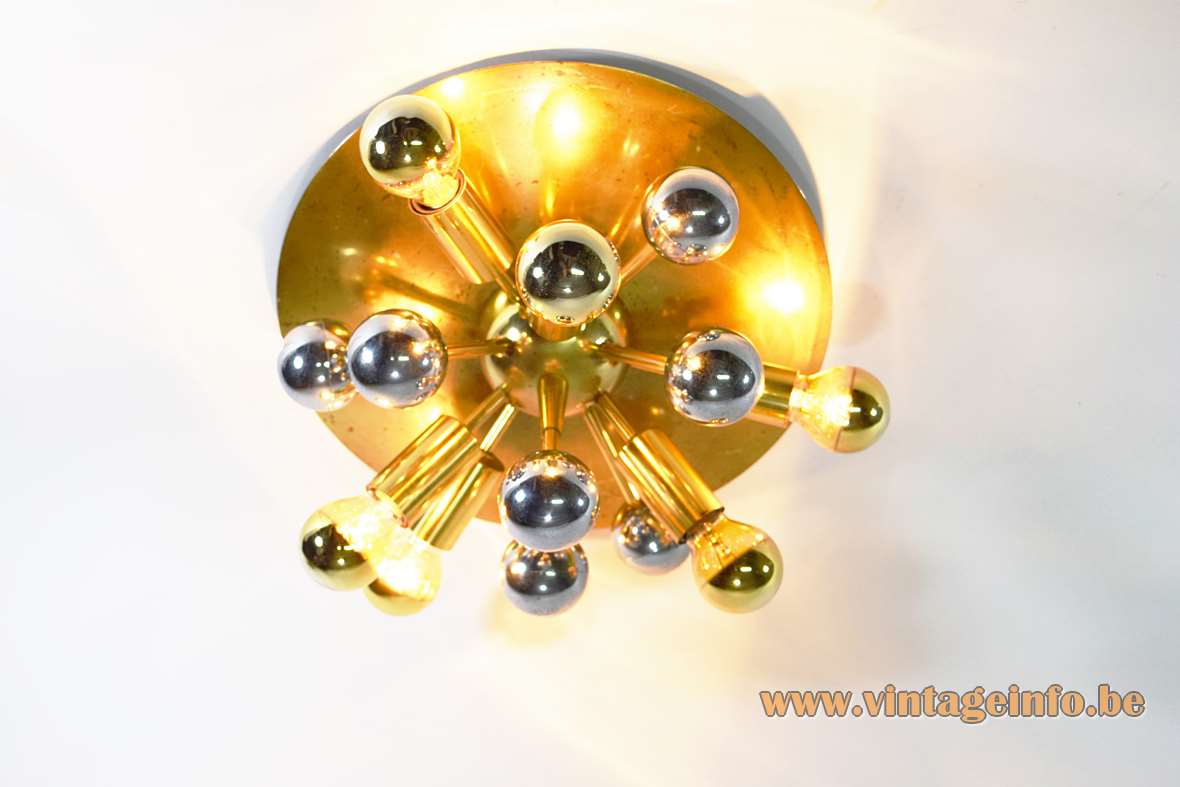 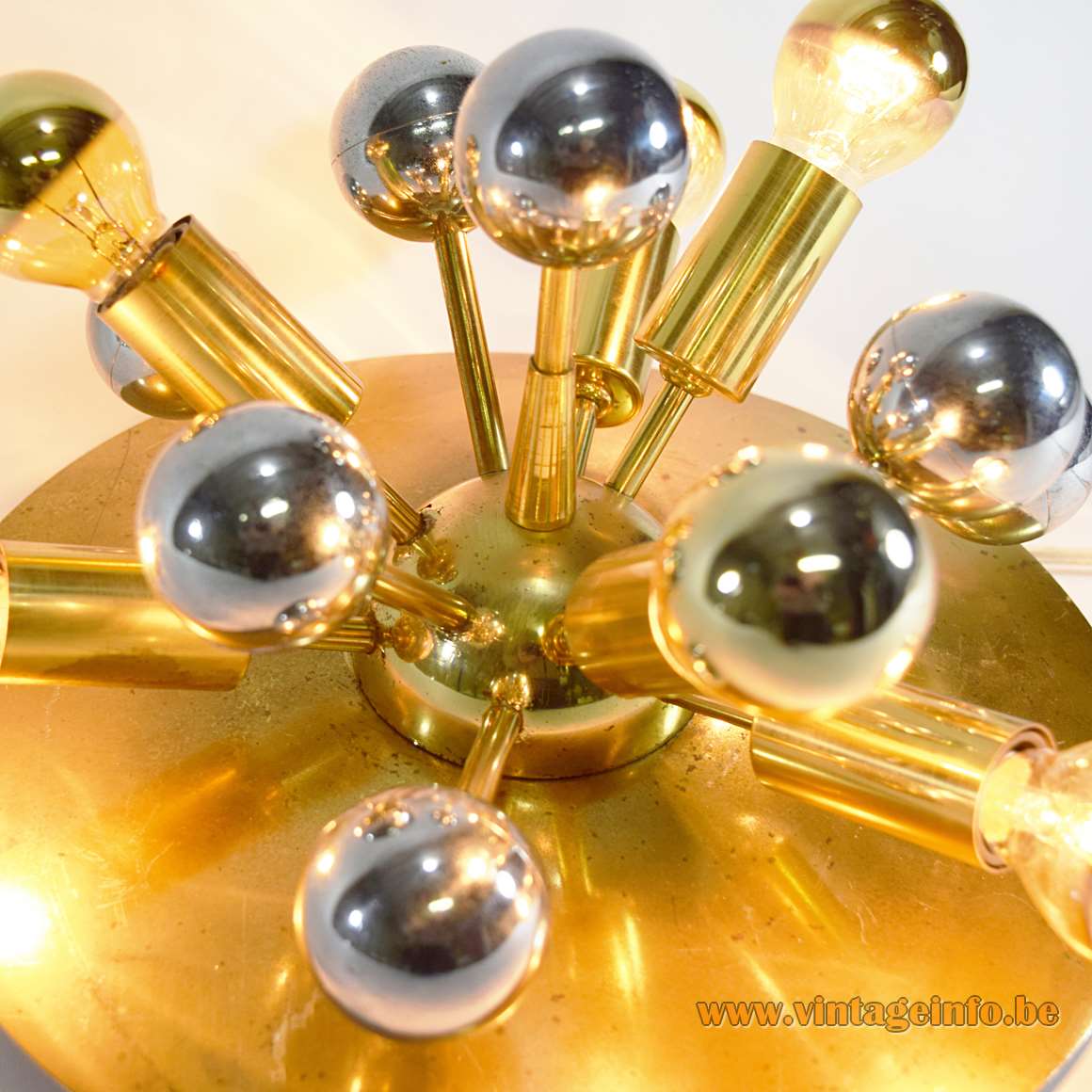 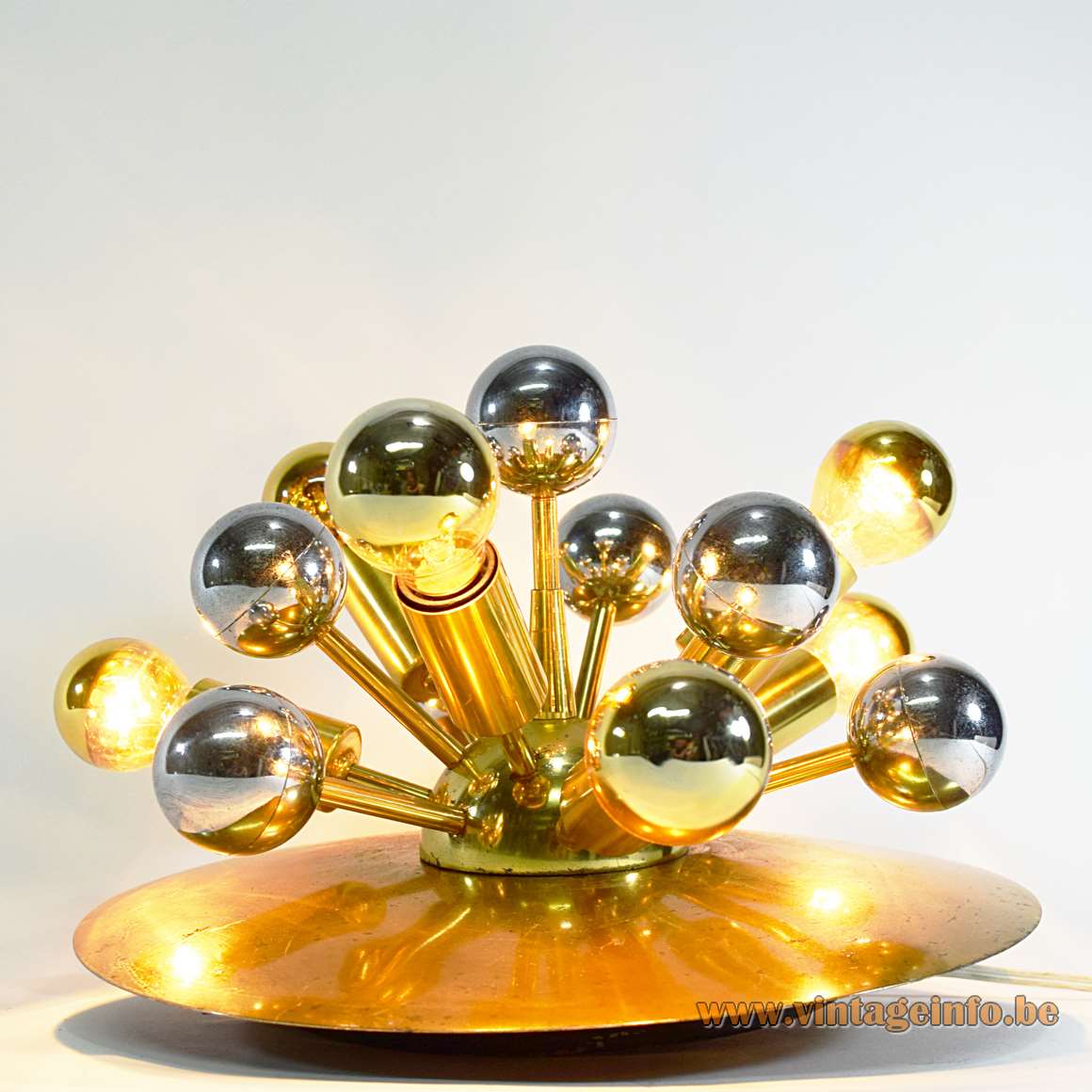 Designer: To be appraised. Often attributed to Gaetano Sciolari.

Other versions: This Boulanger brass sputnik flush mount also exists in a version with 10 lamps. Completely made in chromed metal or in brass. Also made as a chandelier, but they are all round of course. Can be used as a wall lamp. Some people use it as a table lamp. Table lamps on a standard and floor lamps were also produced.

Angelo Sciolari graduated with a degree in architecture but wanted to be a filmmaker. This course came to an abrupt end when in 1949 his father suddenly died and he took over the Sciolari lighting company at the age of 22.

His first designs in the 50’s were Sputnik inspired pendants; of course it was the space age. 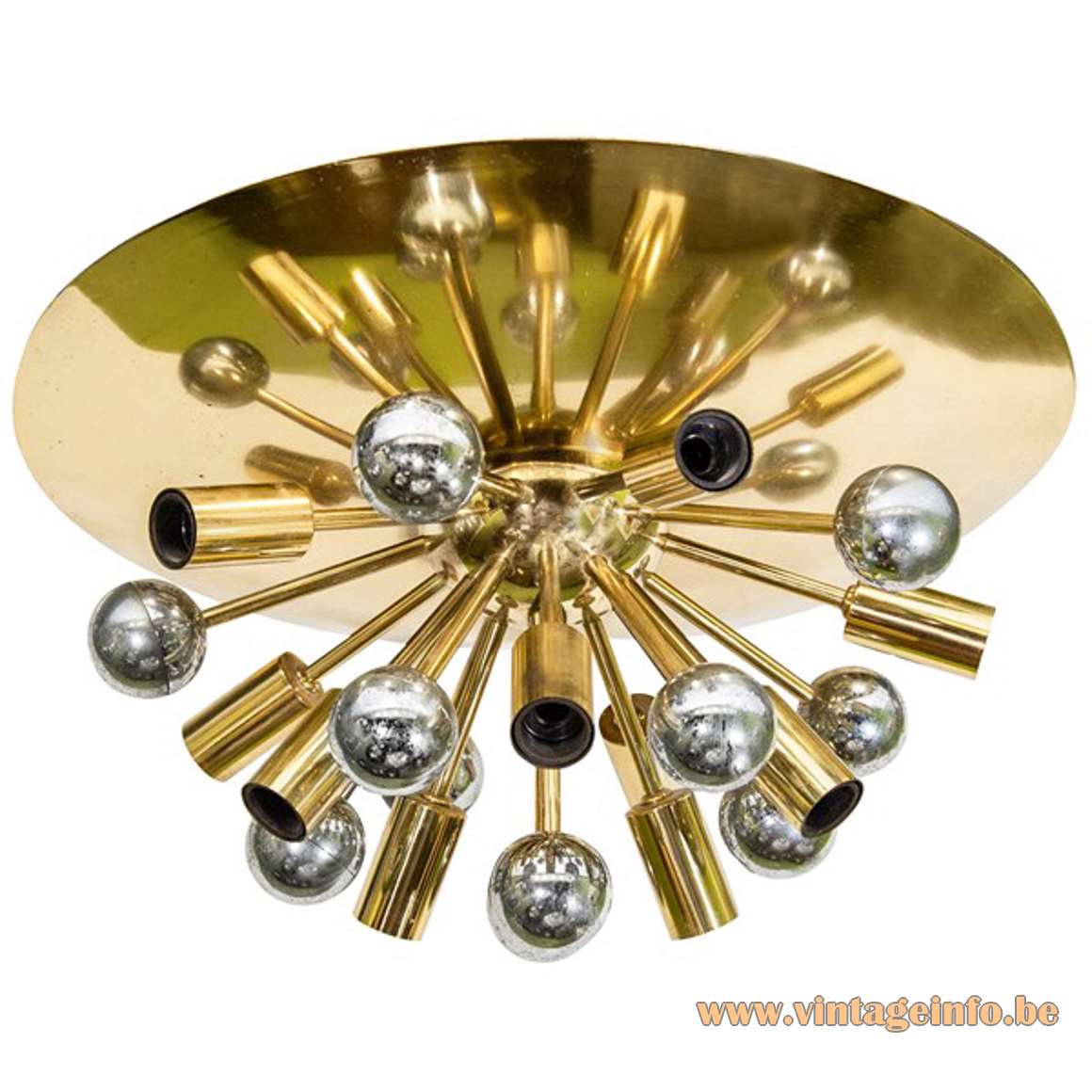