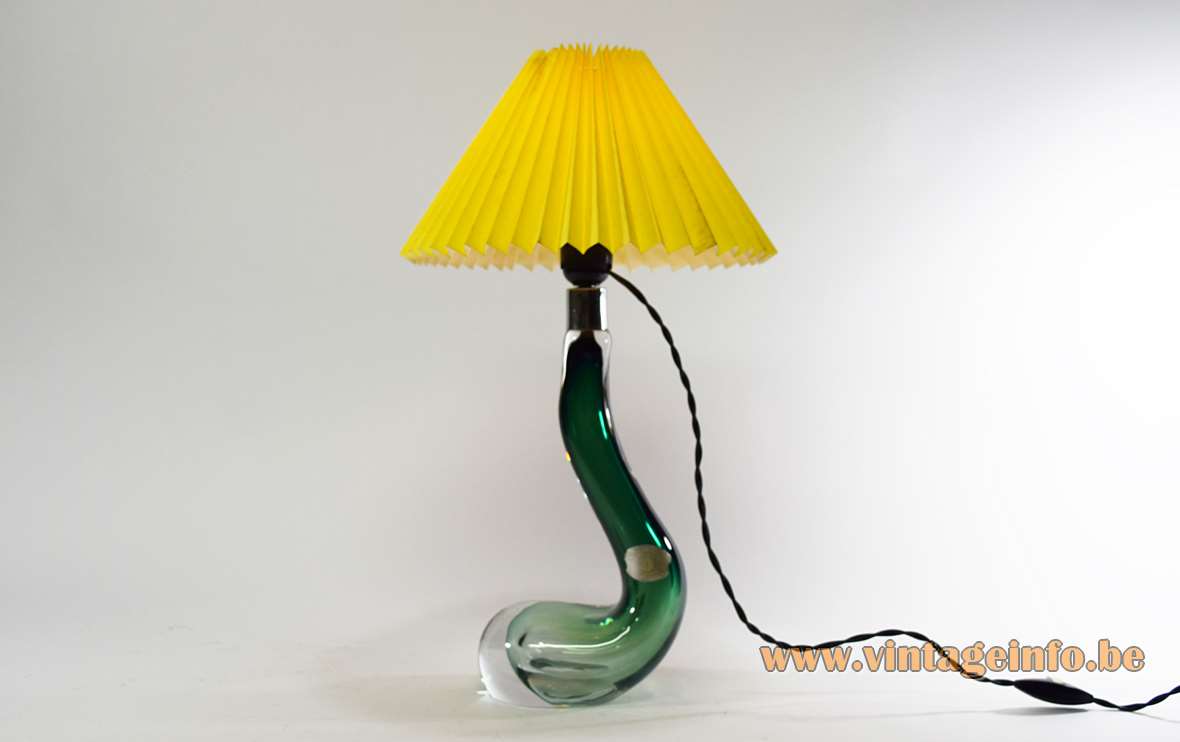 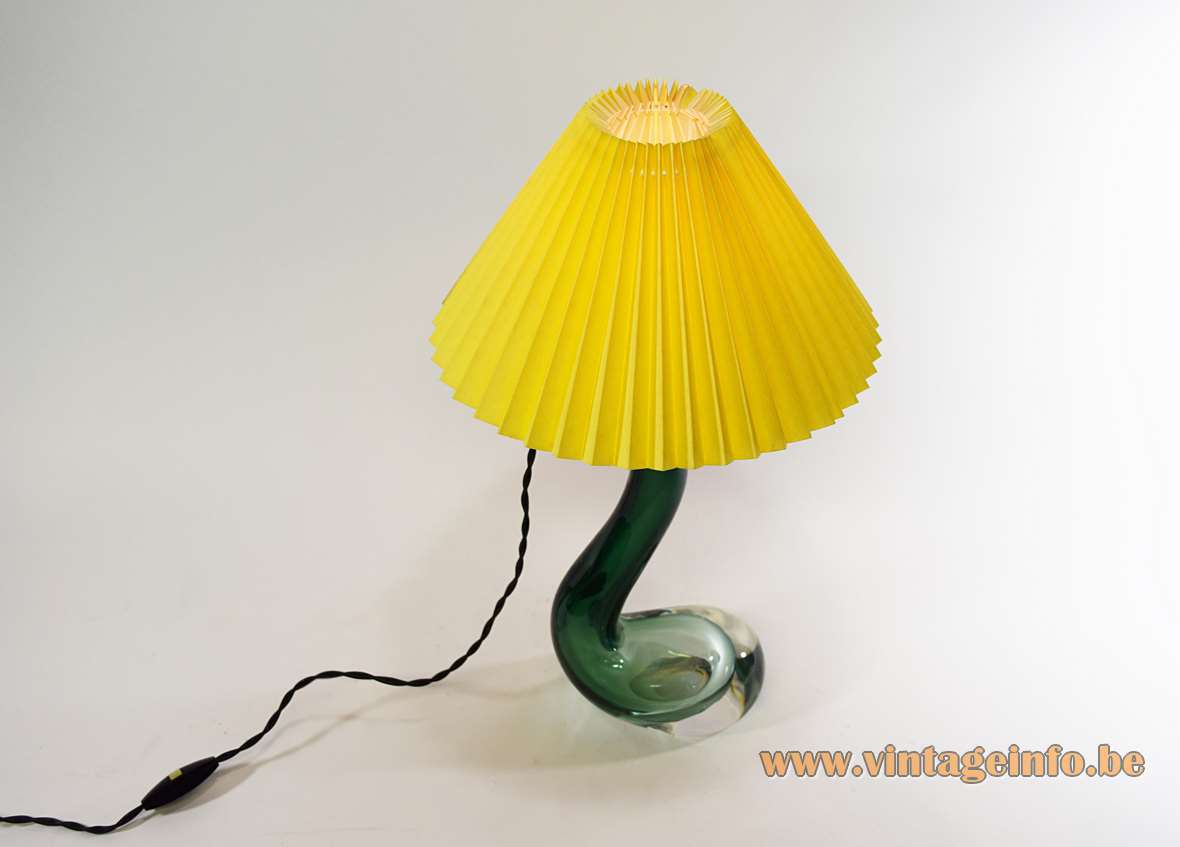 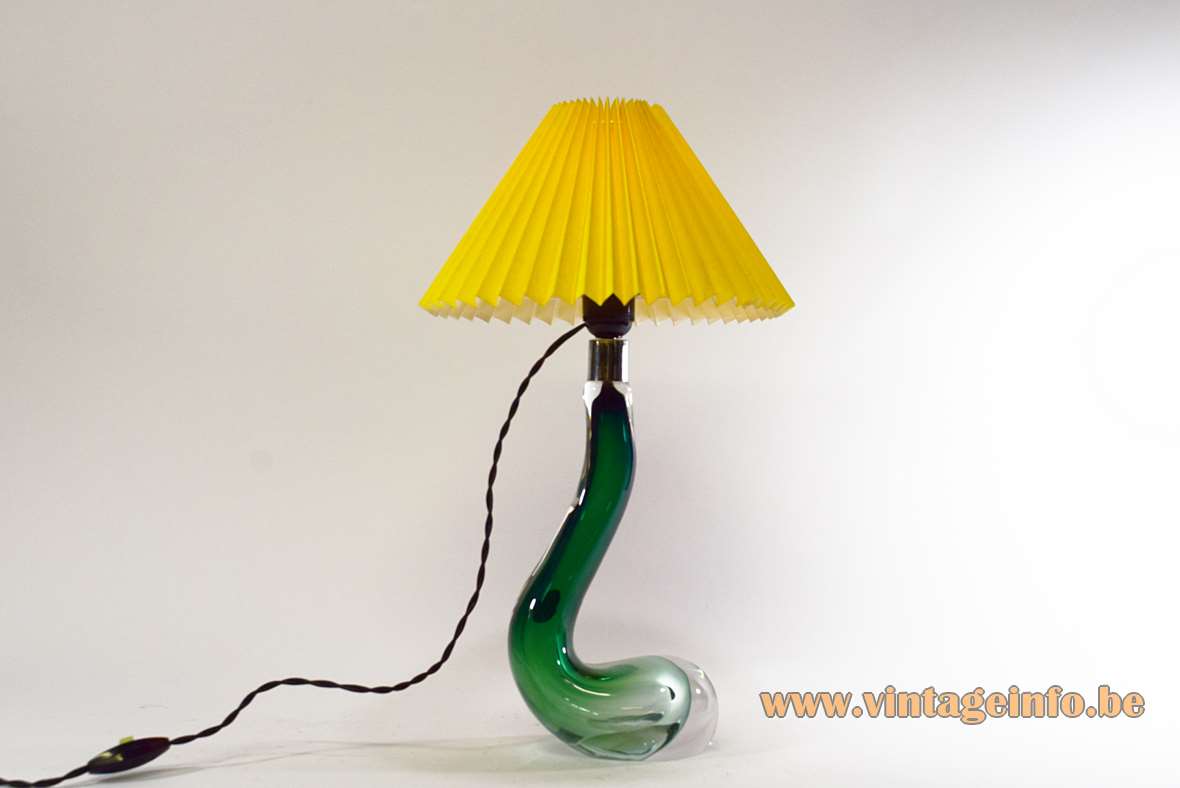 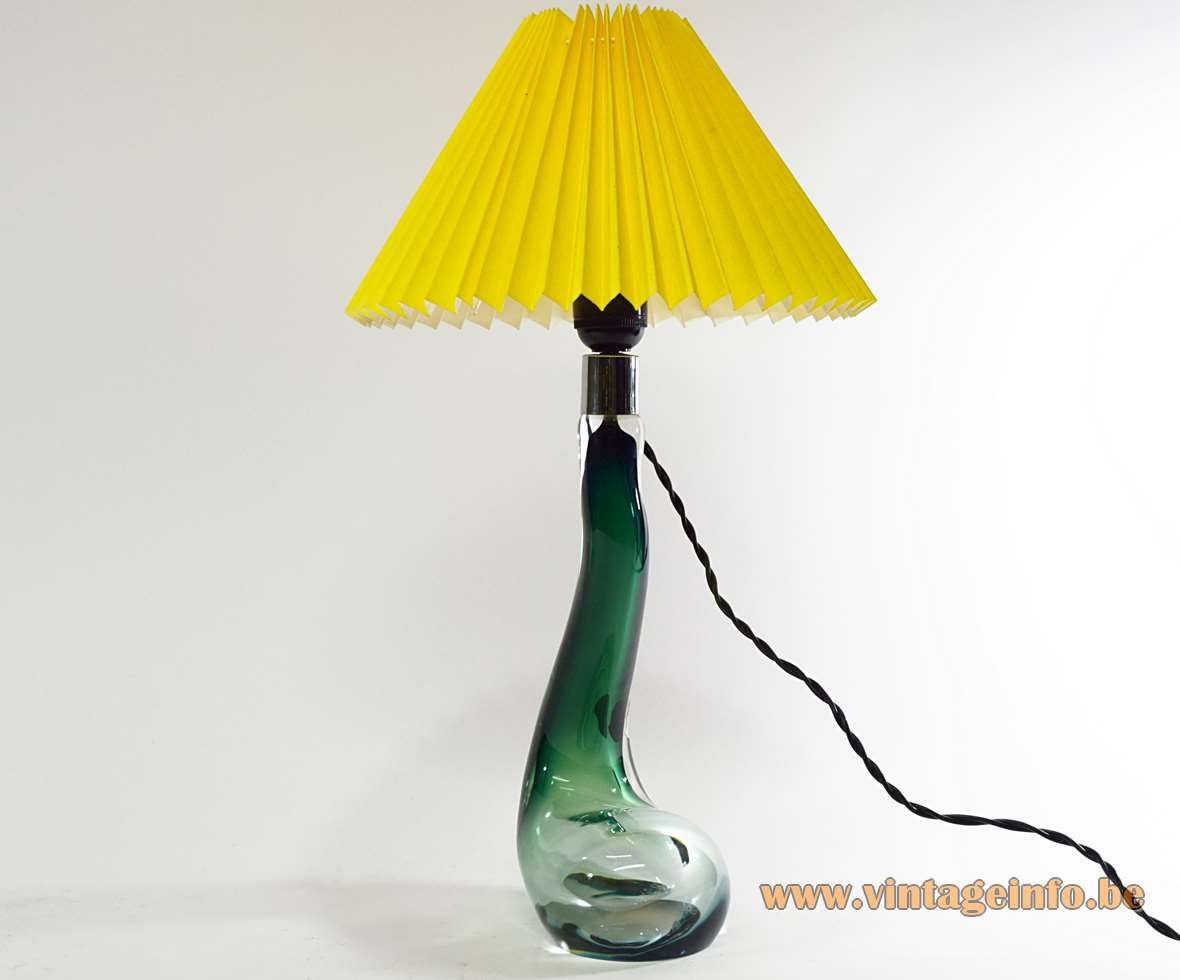 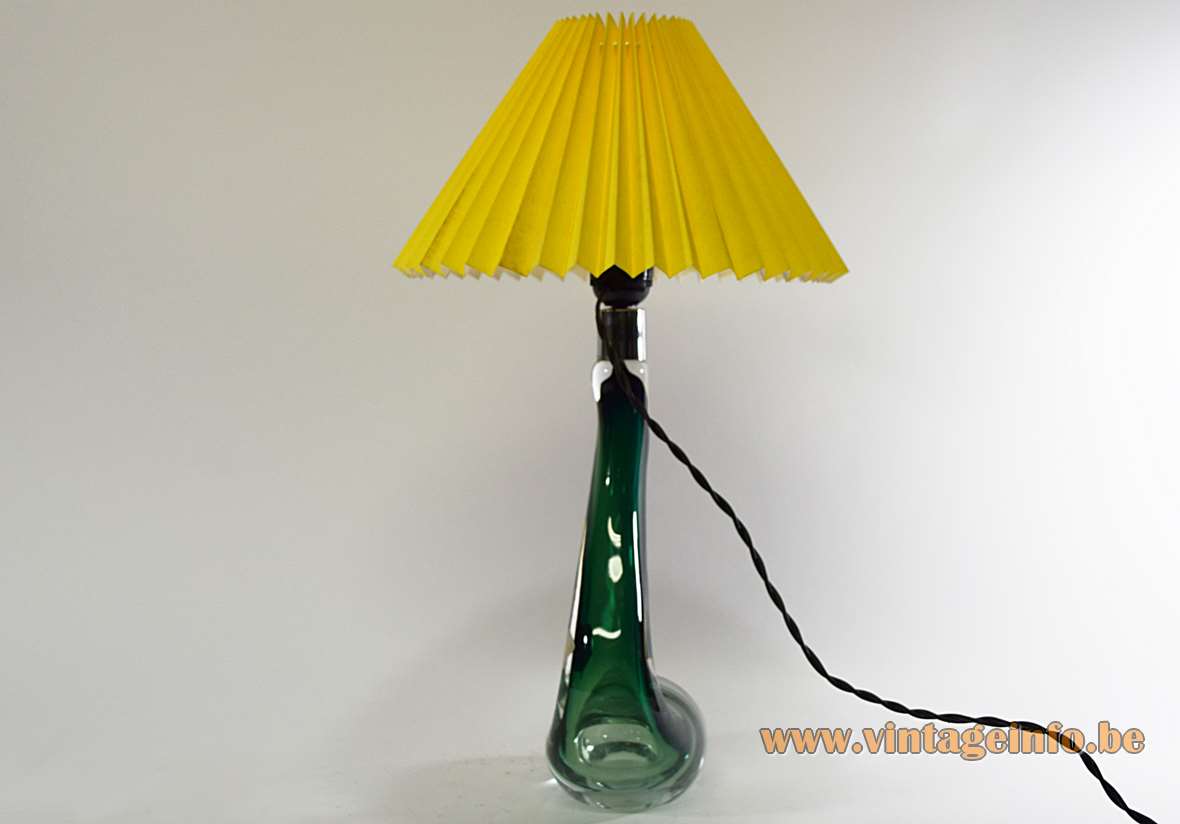 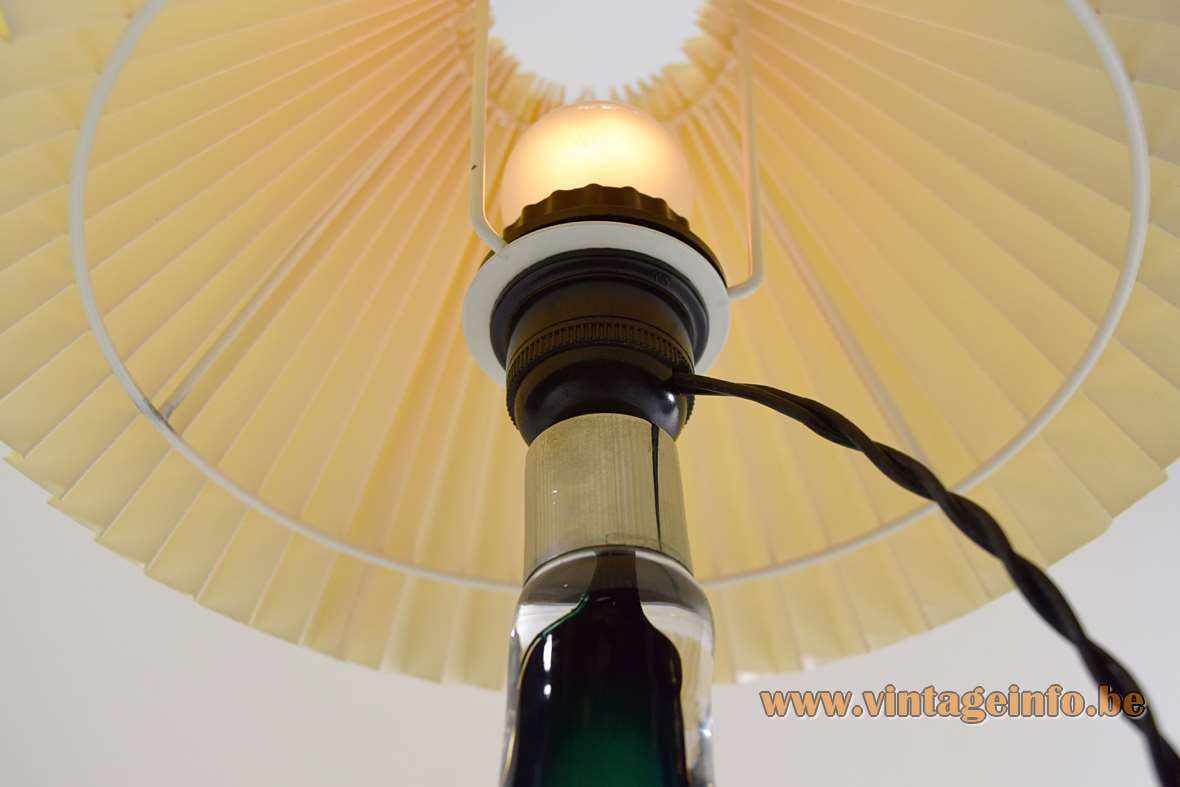 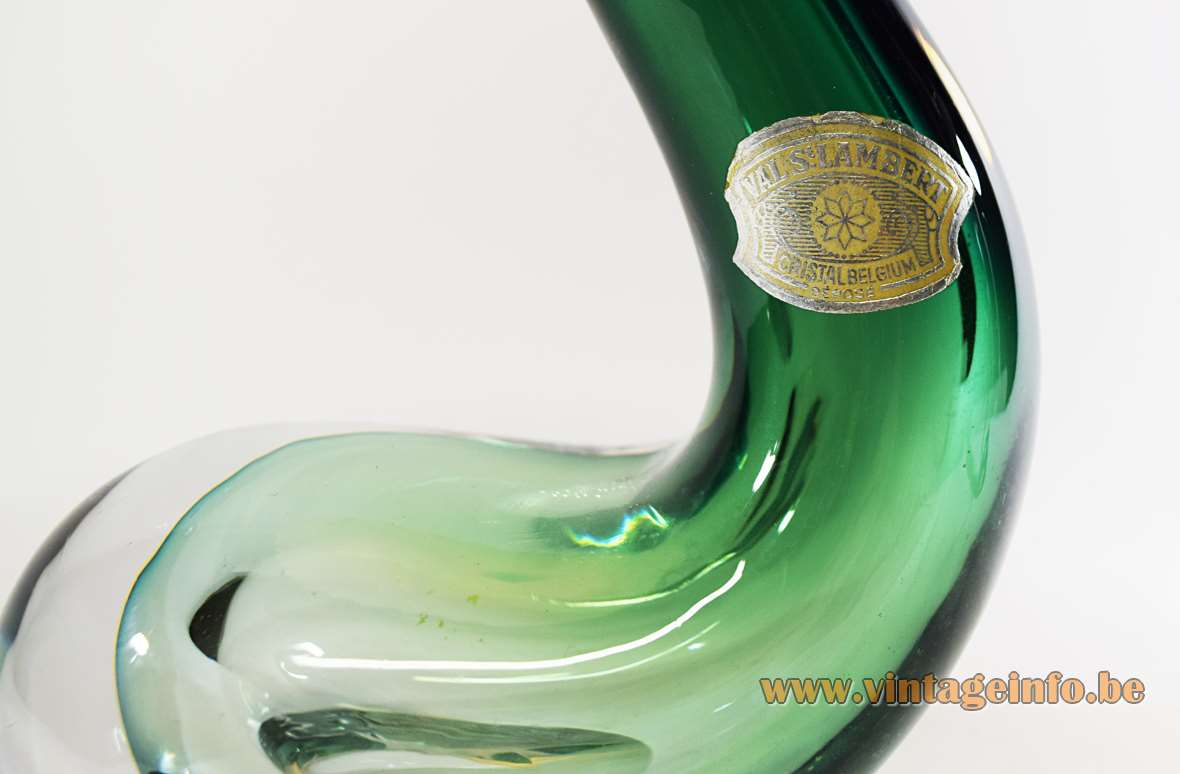 Other versions: Several other lamps exists in the style of this Val Saint Lambert Swan table lamp. The lampshade of this lamp is not original.

Val Saint Lambert or Val St. Lambert was founded by chemist François Kemlin and polytechnic (Master of Science in Engineering) Auguste Lelièvre in the abandoned Cistercian Val-Saint-Lambert Abbey in Seraing, Belgium in 1826. François Kemlin had previously worked for the Vonêche crystal works in the Ardennes, also in Belgium. Val Saint Lambert is well known for its Art Nouveau and Art Deco glass pieces.

This bio-morph table lamp is a “frivolous” failure in the eyes of a Val Saint Lambert (or Val St Lambert) die hard fan. These lamps were produced to form a counterweight against the then very popular table lamps and other glass objects that were made in Murano, Italy. The Val Saint Lambert company had no choice to follow the trend or they went bankrupt, what happened several times in the years to follow. Fortunately the government always saved the company from destruction. This table lamp is a beautiful example of the natural/bio-morph forms that were very popular at that time.