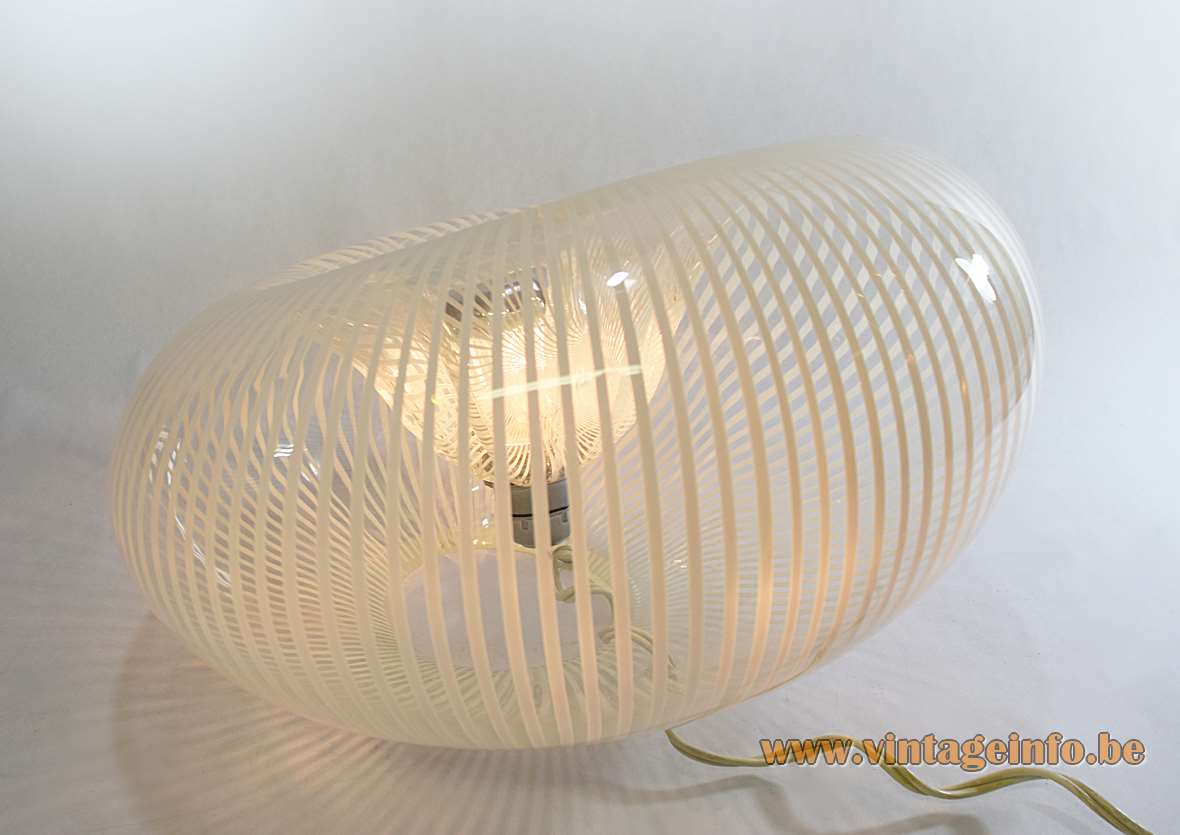 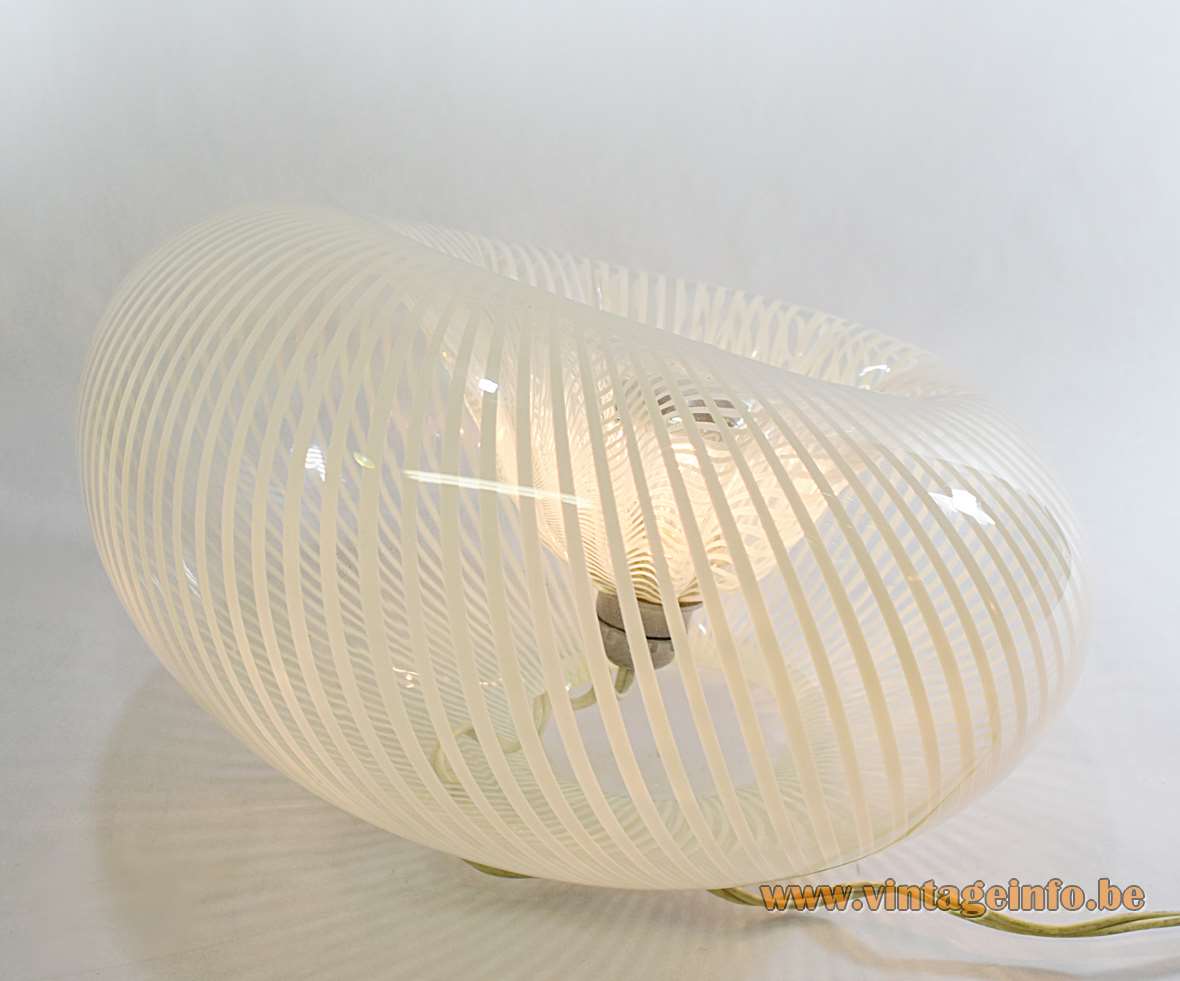 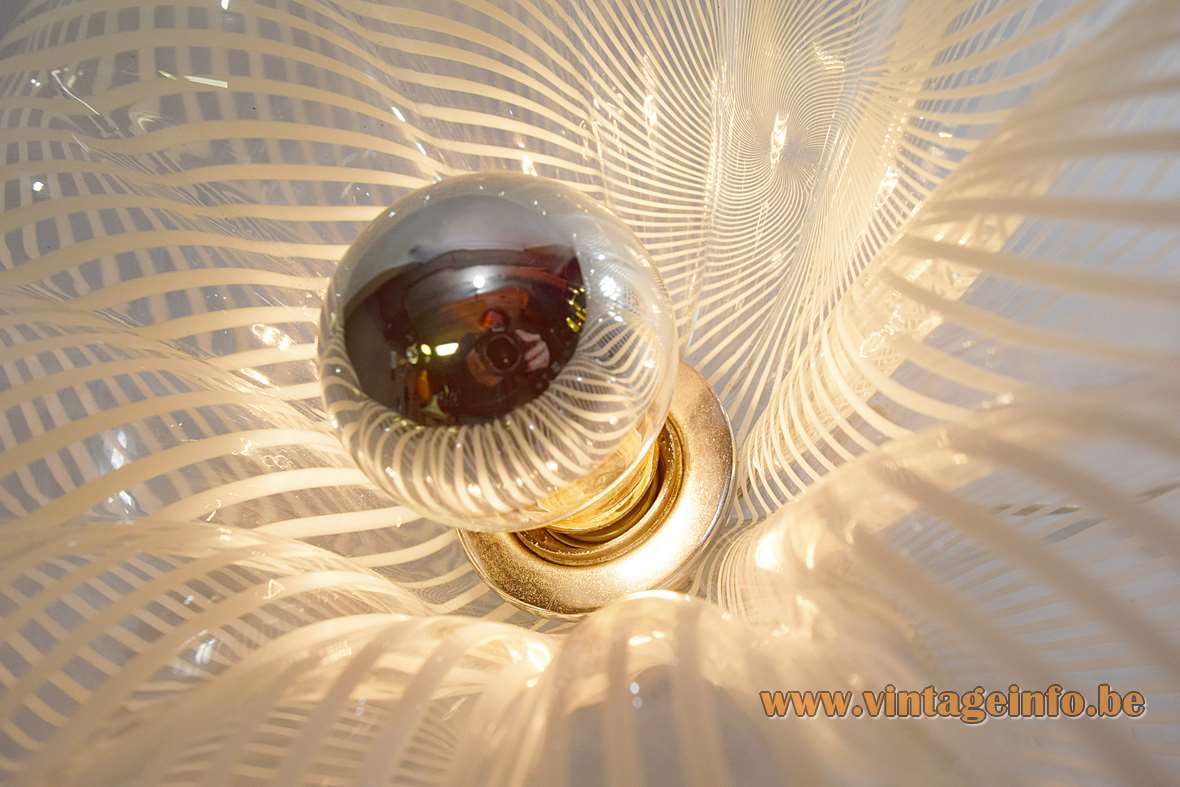 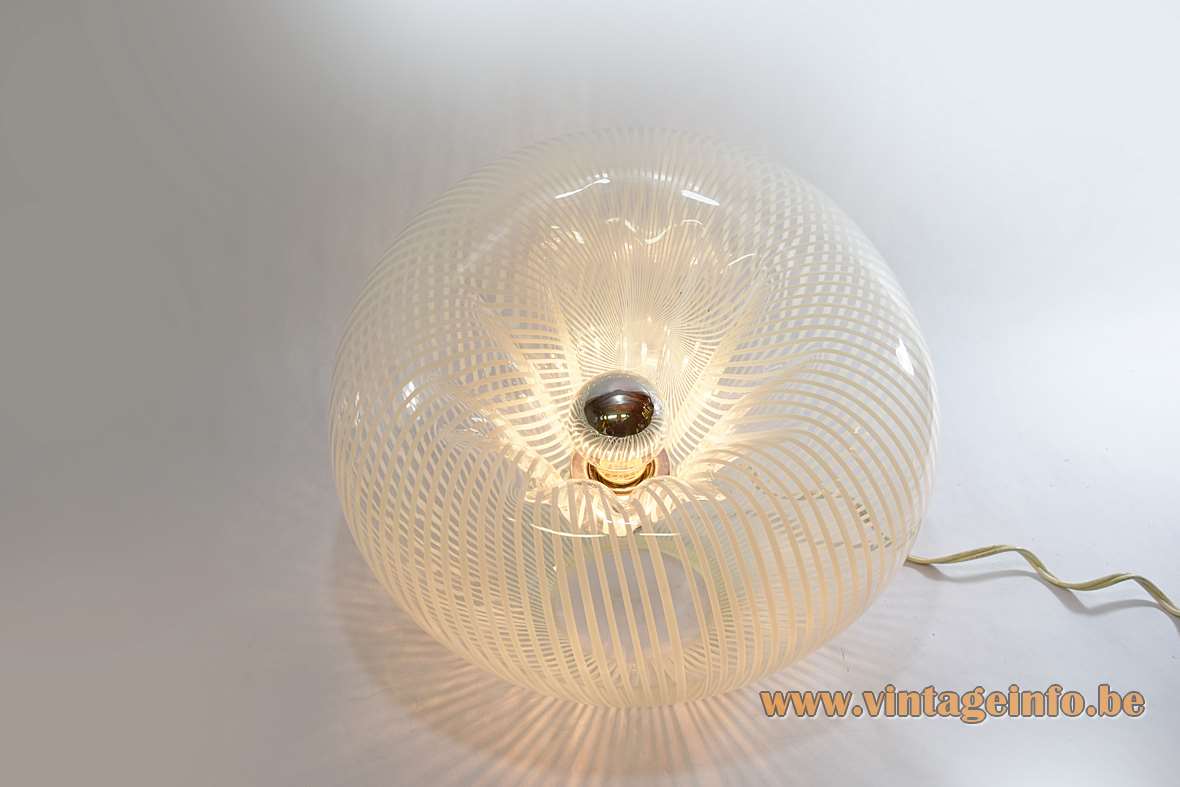 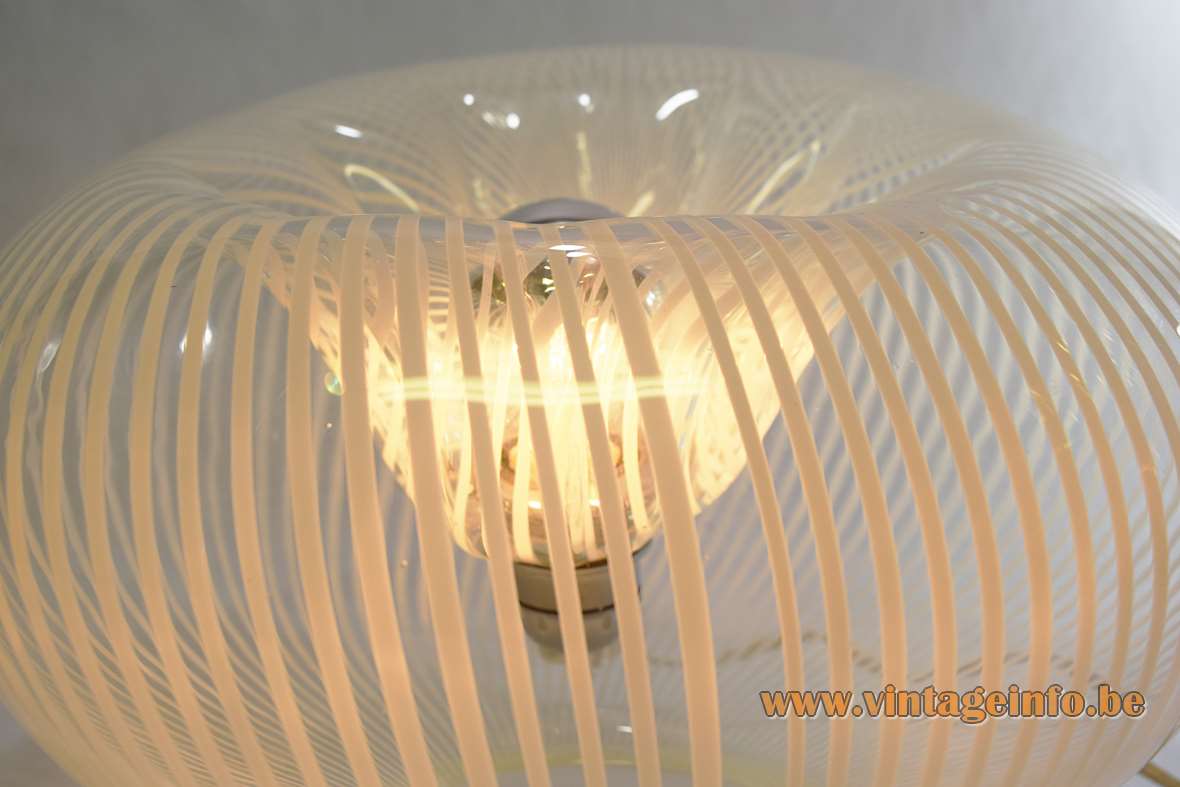 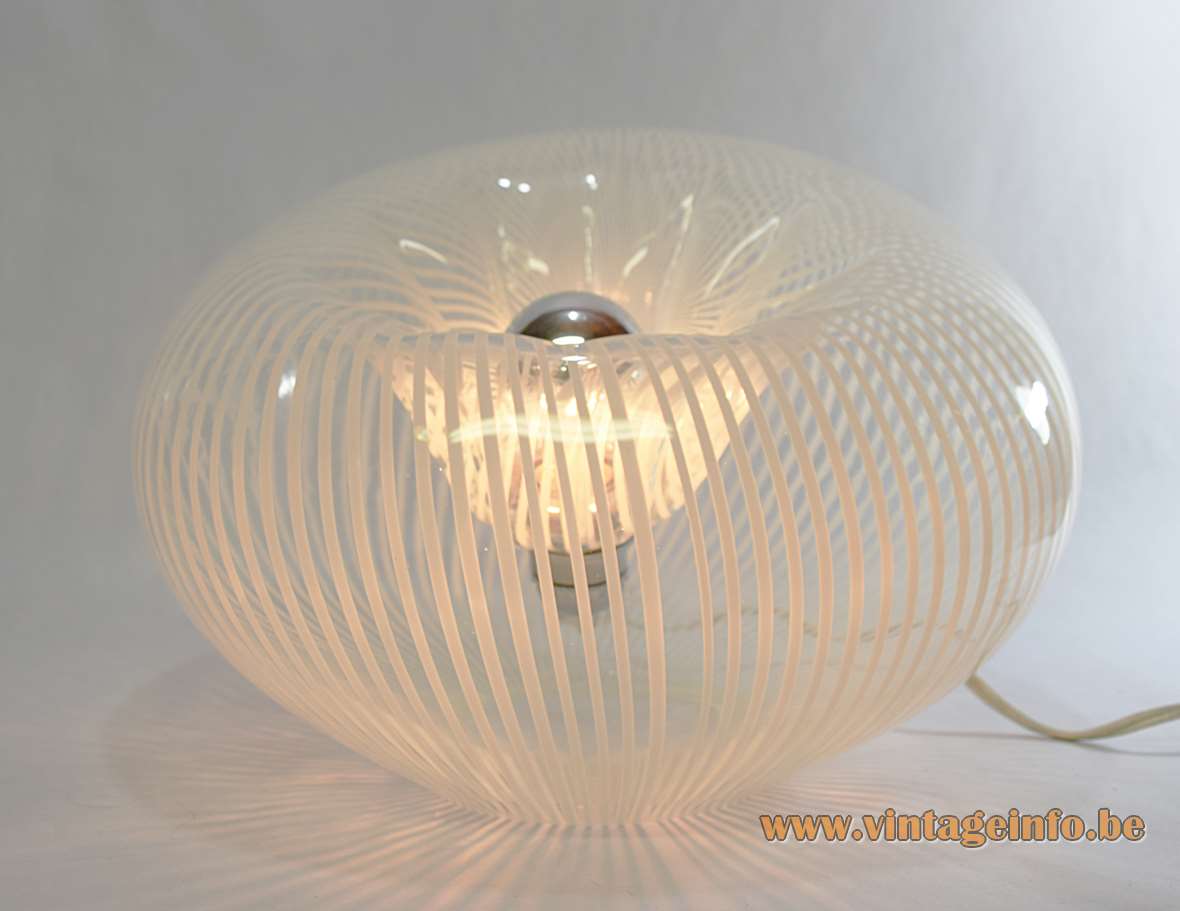 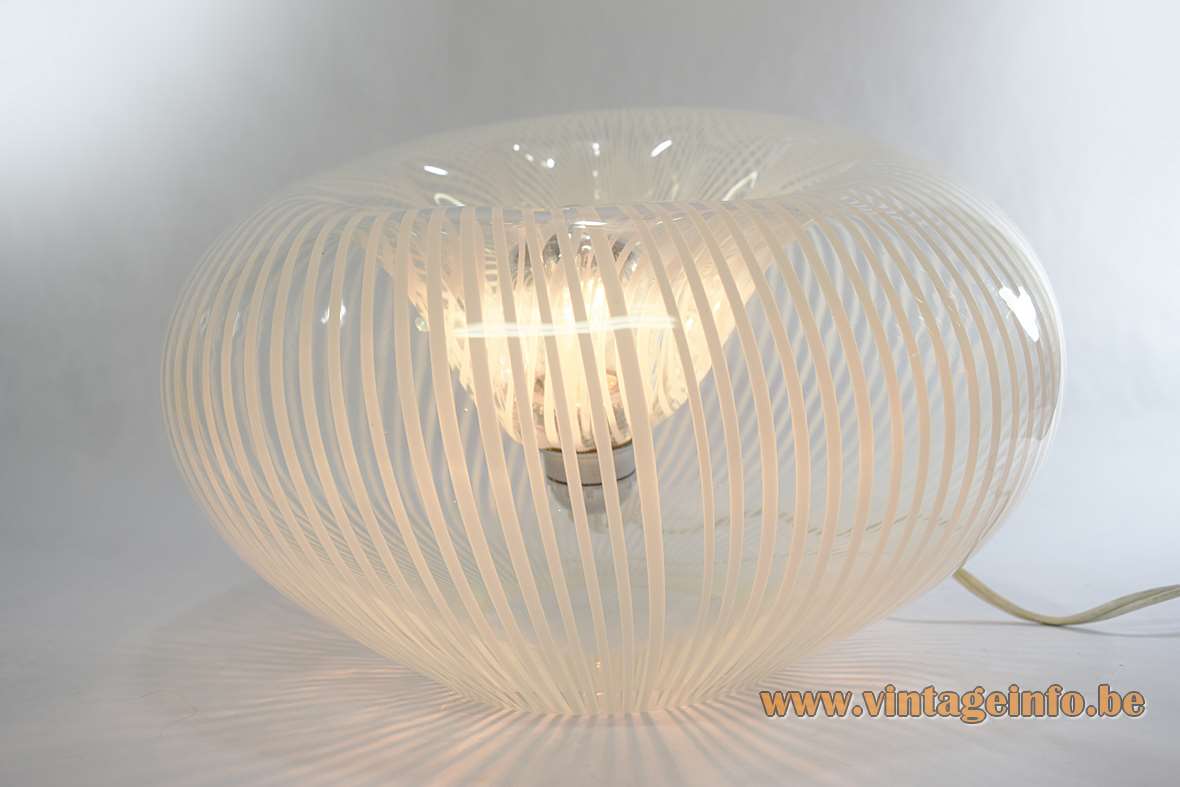 Other versions: This Lino Tagliapietra table lamp also exists with black stripes. Small variations in size, because they are all handmade. Often used as a floor lamp. A small version also exists.

Lino Tagliapietra was born August 10, 1934 in Murano, Italy and has also worked extensively in the United States. As a teacher and mentor, he has played a key role in the international exchange of glass blowing processes and techniques between the principal American centres and his native Murano, but his influence is apparent in the whole world. The artist is very active on Facebook. Definitely worth following. Many of his works can be found in glass museums around the globe.

The La Murrina company was founded in the 1960s as a small business started by a group of glass-worker masters. In 1974, La Murrina was bought by a family from Milan. Today they are located at Via Isonzo, 26, 22078 Turate (Co), Italy. The furnace is still on the Murano island and located at 17, Riva Longa, Murano Venice, Italy.