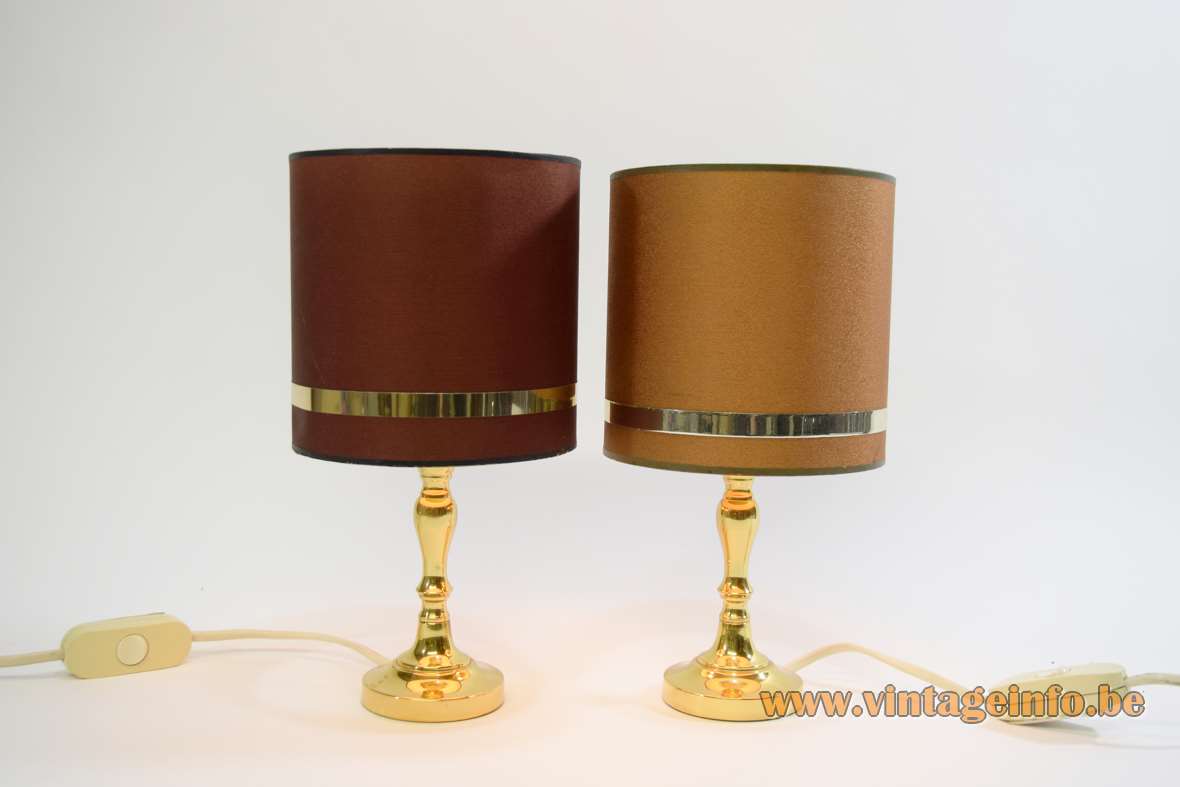 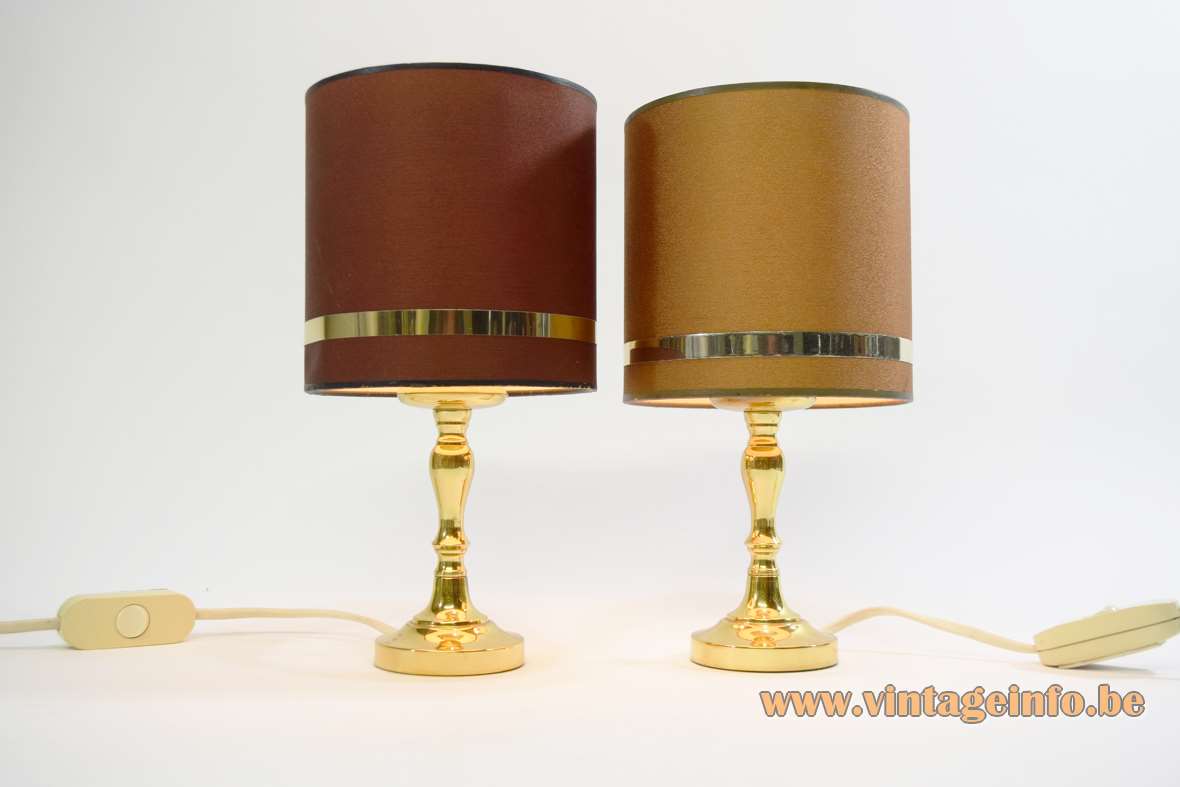 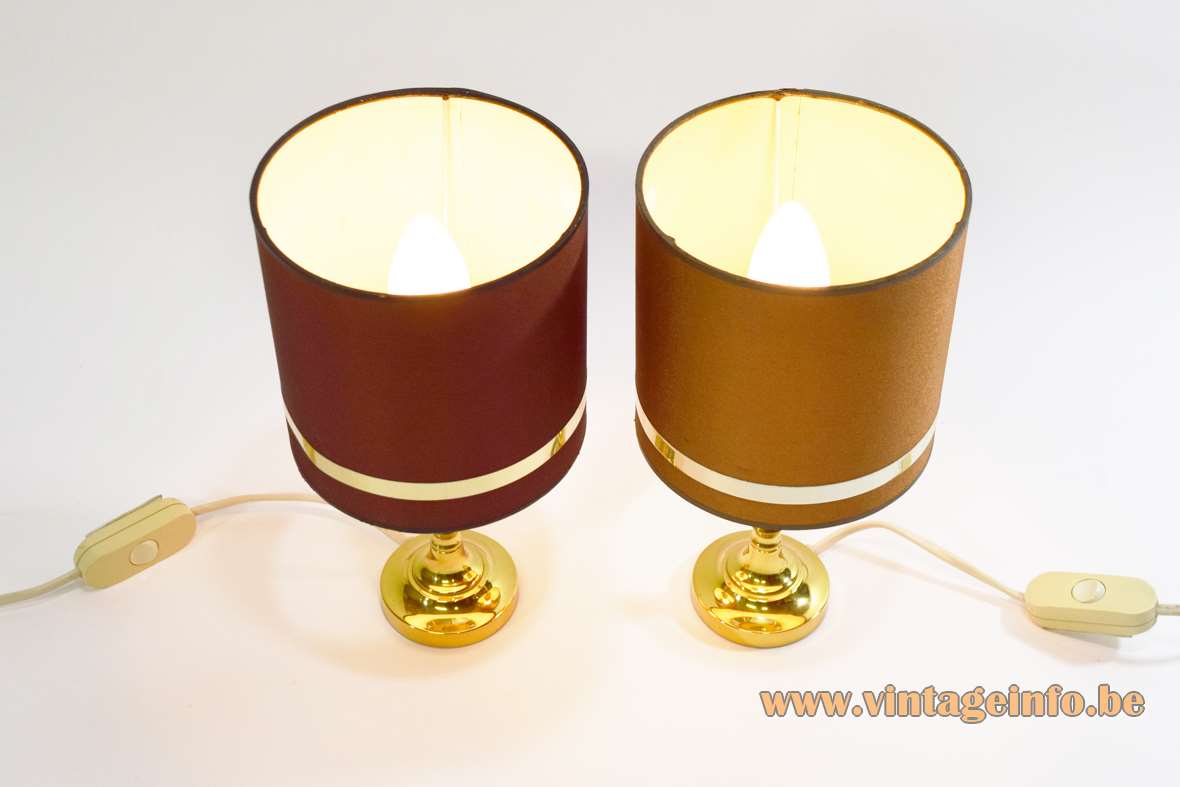 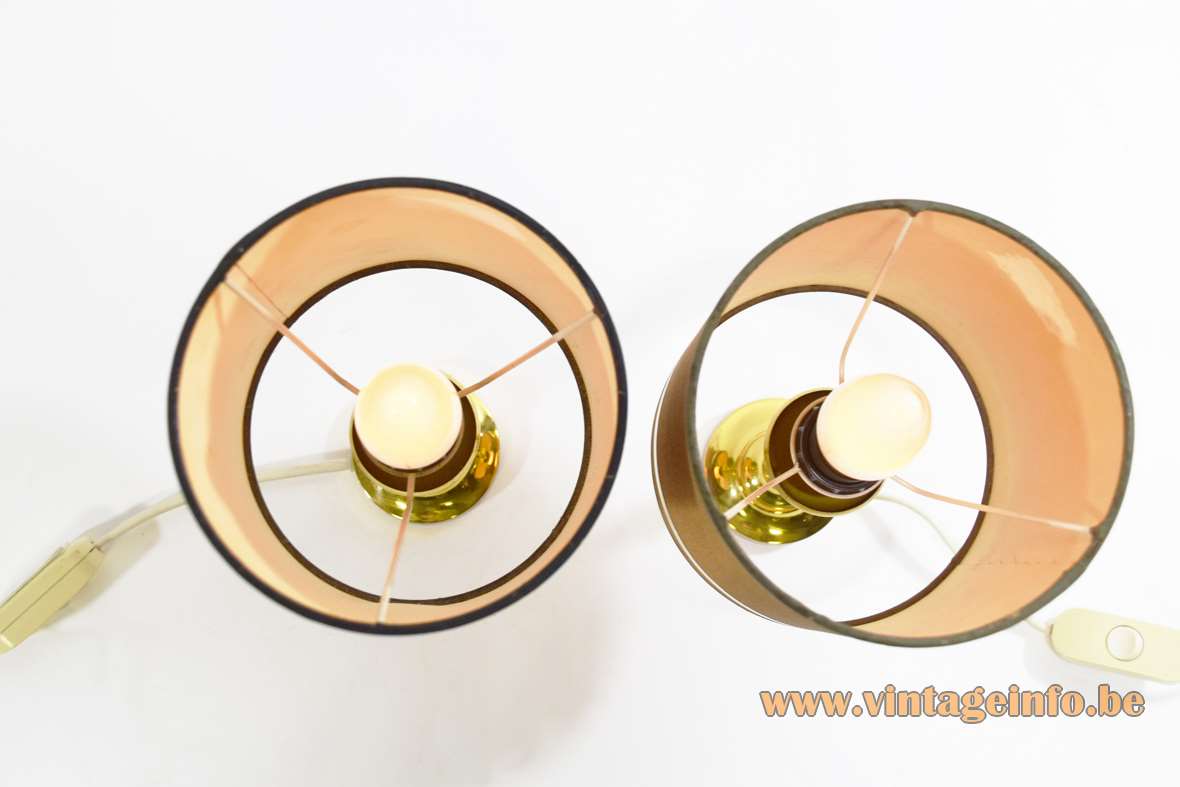 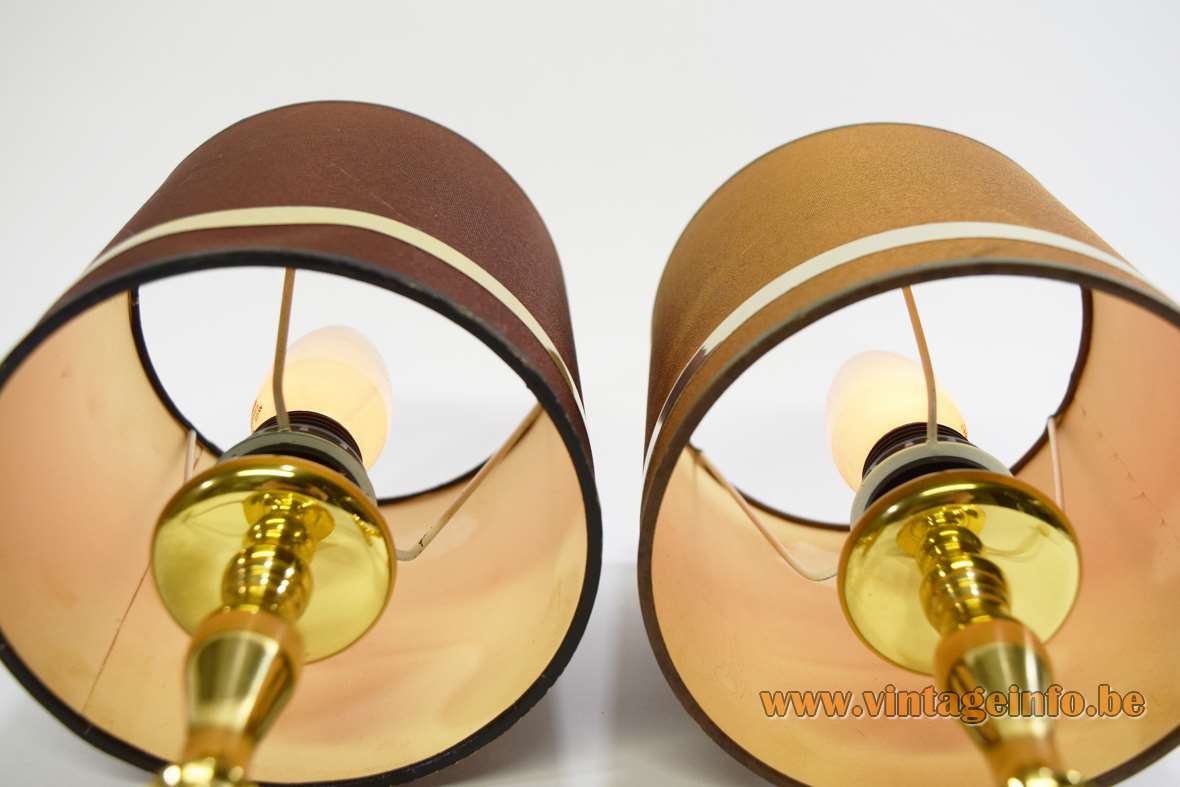 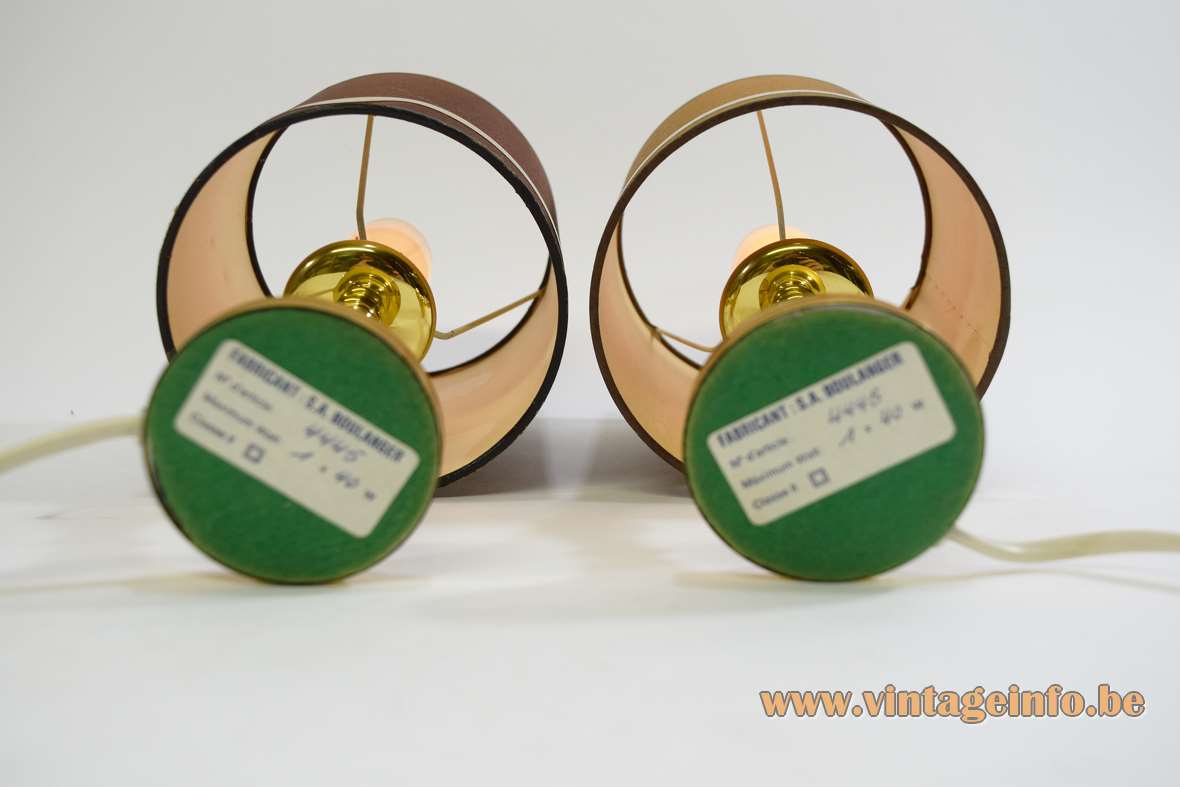 Materials: Round “classic” base in polished brass. Green felt on the bottom of the base. Round tubular fabric lampshade with chrome plastic rings. Some metal parts. Bakelite E14 sockets.

Other versions: These small/petite table lamps exists in a few variations. Sold with several different lampshades. For instance, a version with glass “diamonds” on the base was also made. These bedside lamps are model number 4445.

These Boulanger brass bedside table lamps were made in the late 1970s, early 1980s.