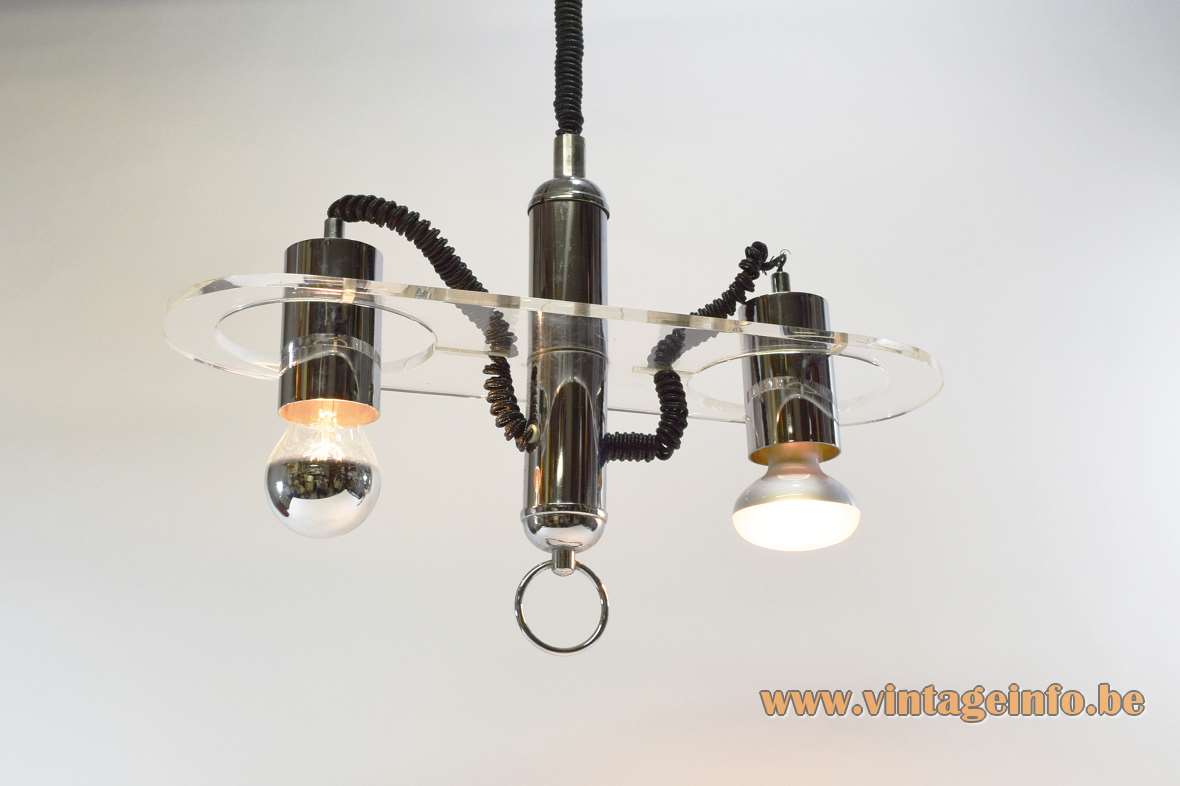 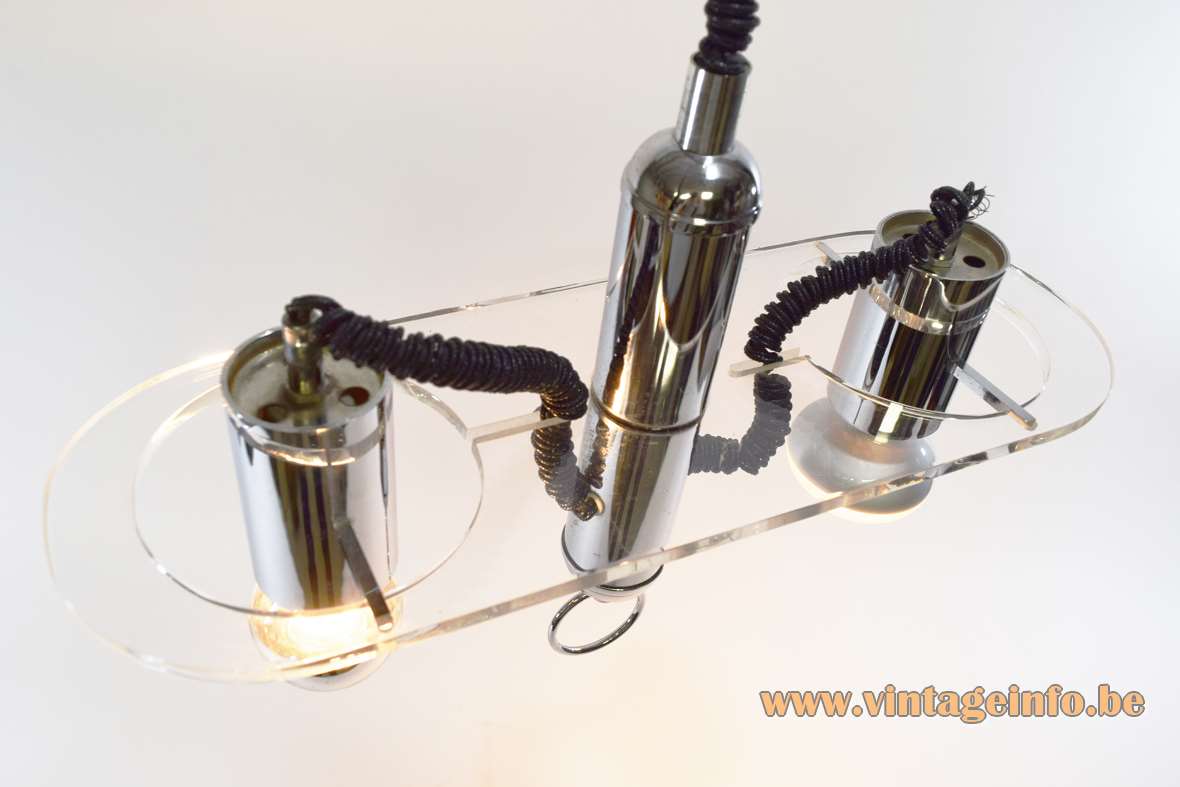 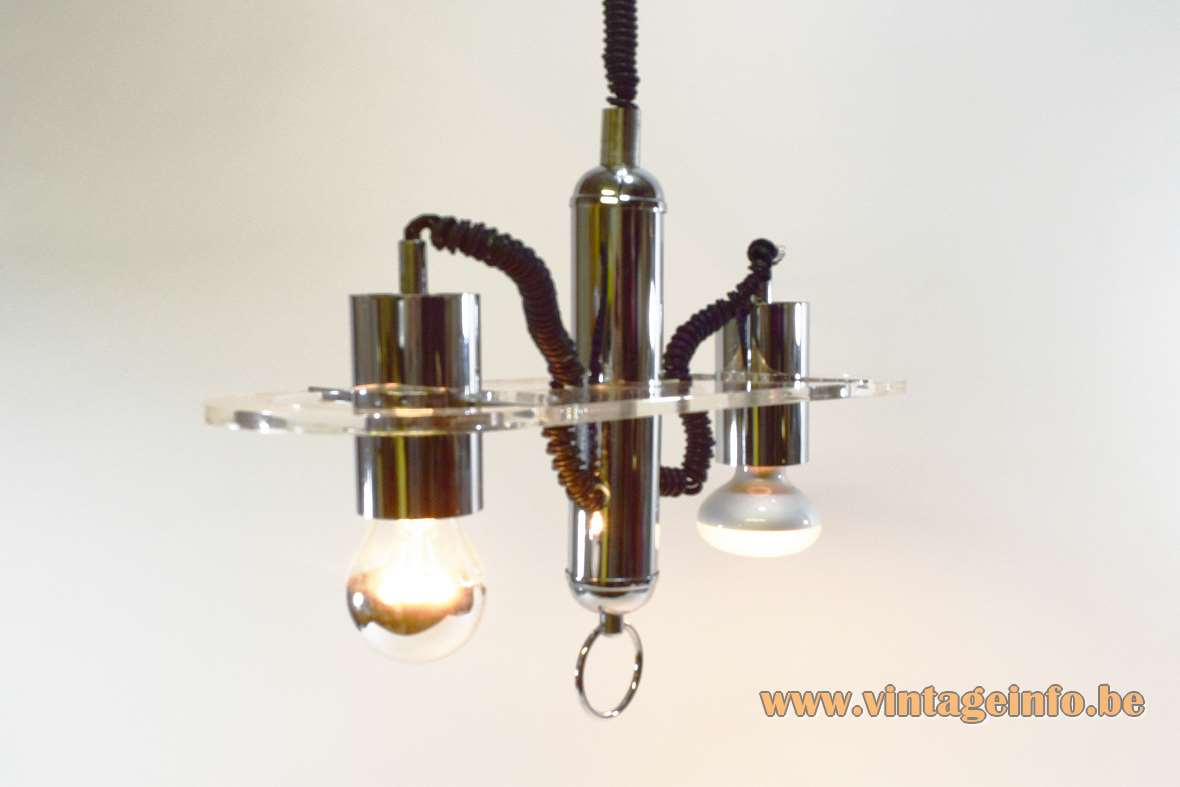 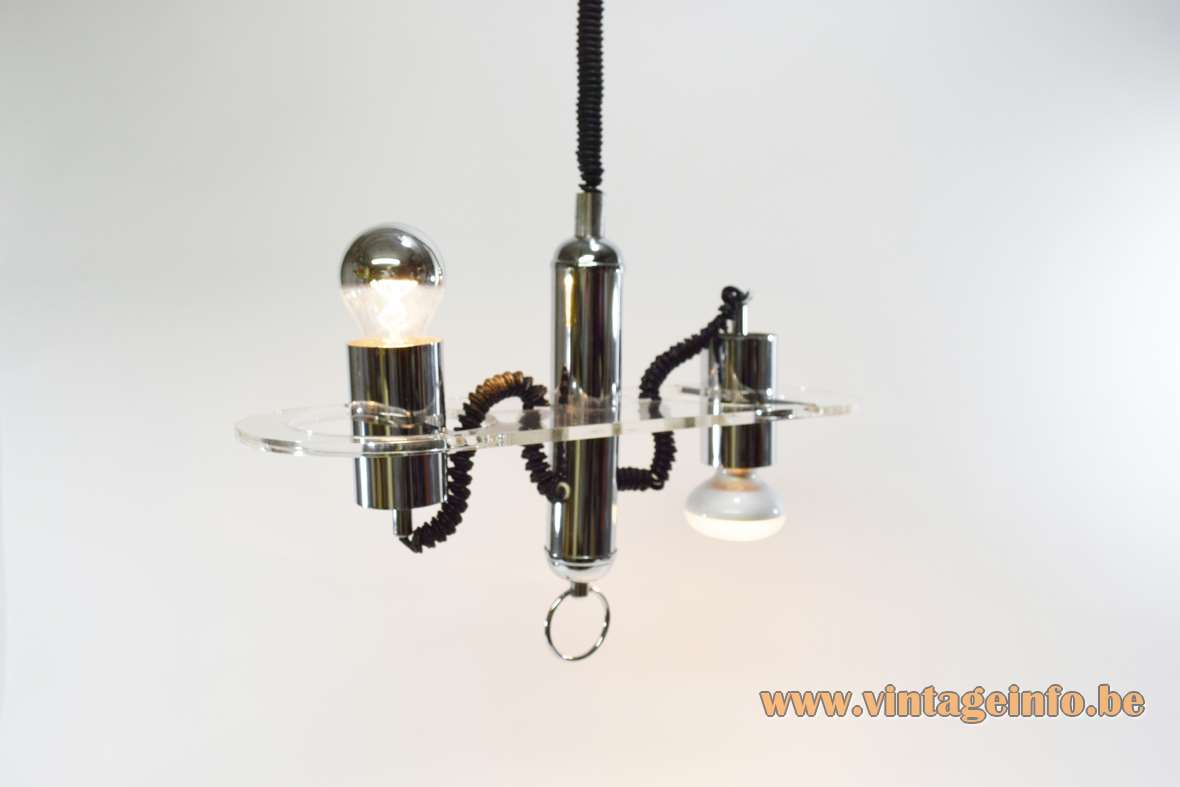 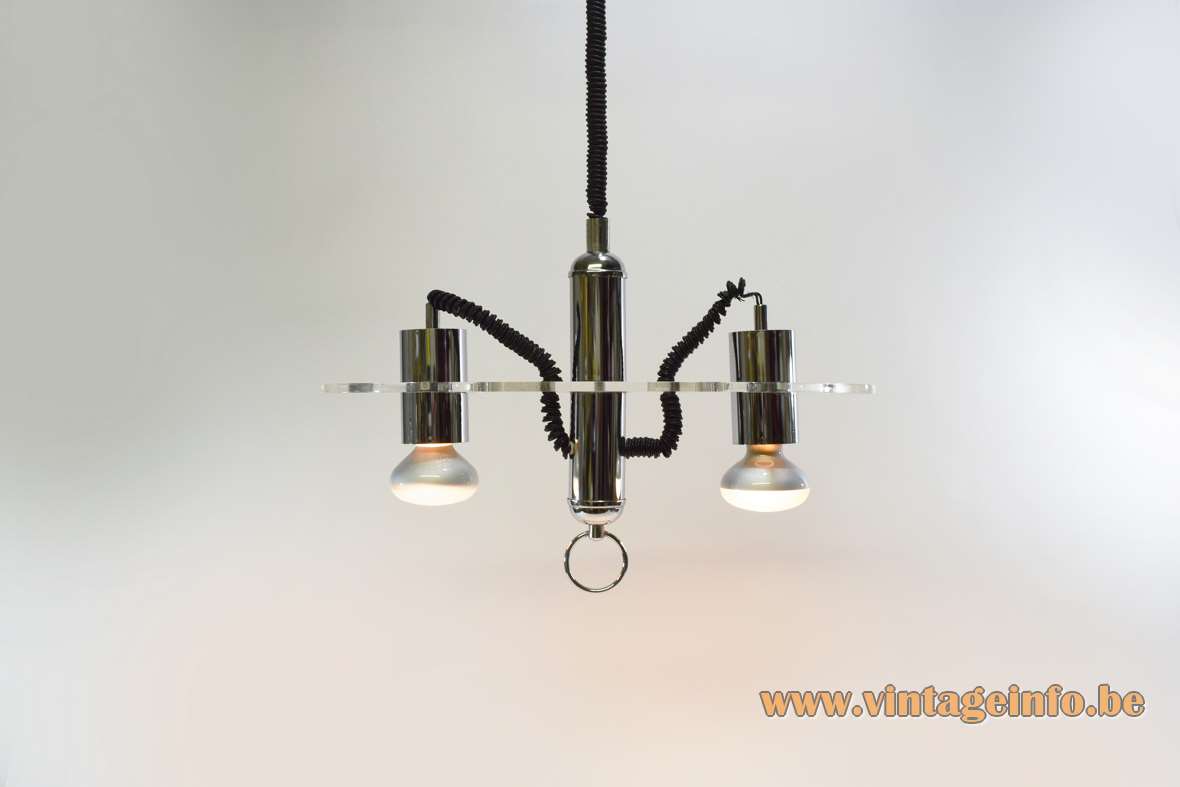 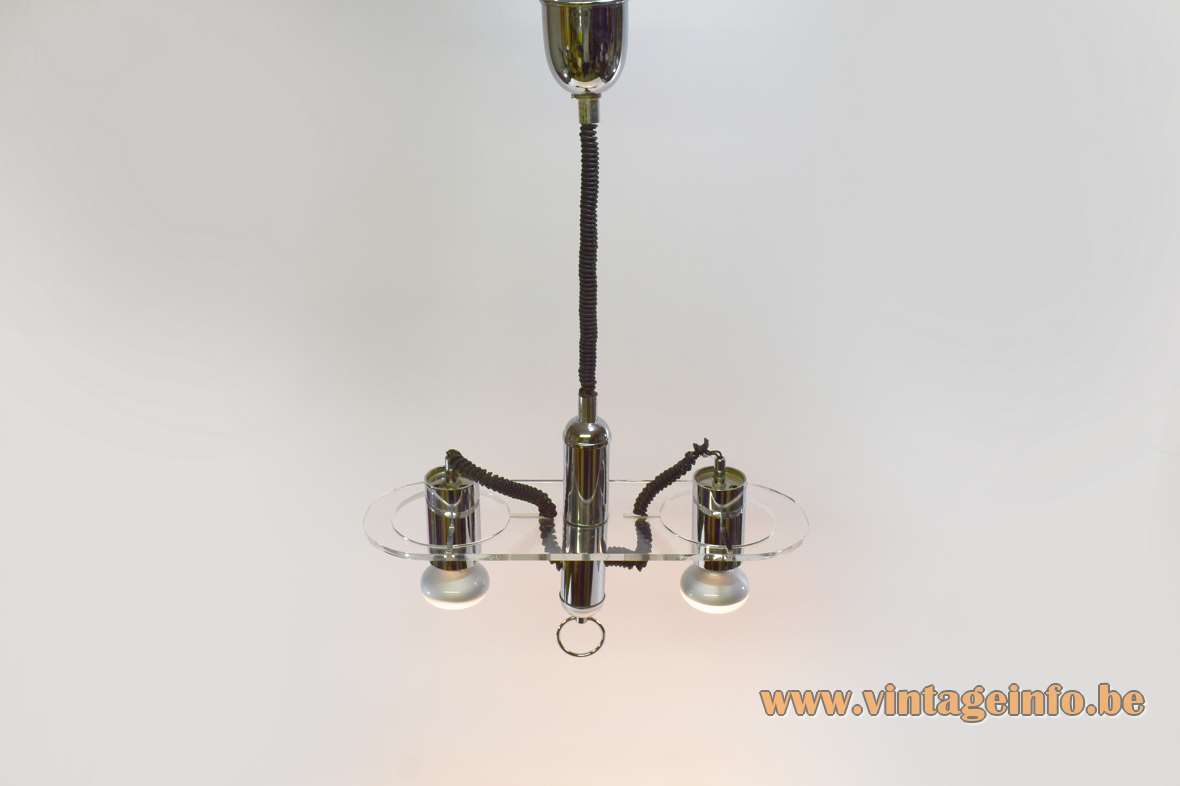 Hebi table lamp with a round base

Other lamps with a Rolly rise & fall mechanism

Electricity: 2 bulbs E27, 2 x 75 watt maximum, 110/220 volt.
Any type of light bulb can be used, not a specific one preferred. For this setup 2 spot light bulbs were used and also a combination of a silver cup light bulb with a spot light bulb.

Other versions: This rise & fall Pillola spotlight pendant lamp was first designed as a wall lamp in 1968. It is named Squadra (team). This Pillola (pill) pendant lamp is a rare version. The first design is in metal. It is probably not a copy. The canopy is a typical Valenti one.

The date on the Rolly rise and fall mechanism says: 1972. Rolly is an Italian company that produced rise & fall mechanisms for many lamp producers around the world in the 1960s, 1970s and 1980s.

Remnants of a label are present in the chromed metal canopy, unfortunately it is unreadable. Is it a Valenti or Ecolight label, I don’t know. Almost similar labels were used.

Architect Ezio Didone was born August 21, 1939 in Milan, Italy. He graduated in architecture at the Milan Polytechnic (Politecnico di Milano) in 1967, with a thesis on Industrial Design.

His first years of professional activity were at the architect Frattini’s office. In 1970 he opened his own studio in Milan, dealing with Industrial Design, advertising graphics and architecture. From 1971 to 1975 he was part of the DAM group (Designers Associati Milano) with Studio G.14 and architect Colombi.

Ezio Didone received many awards, among others a design award for the Diva lamp produced by Arteluce (Flos) in 1987.