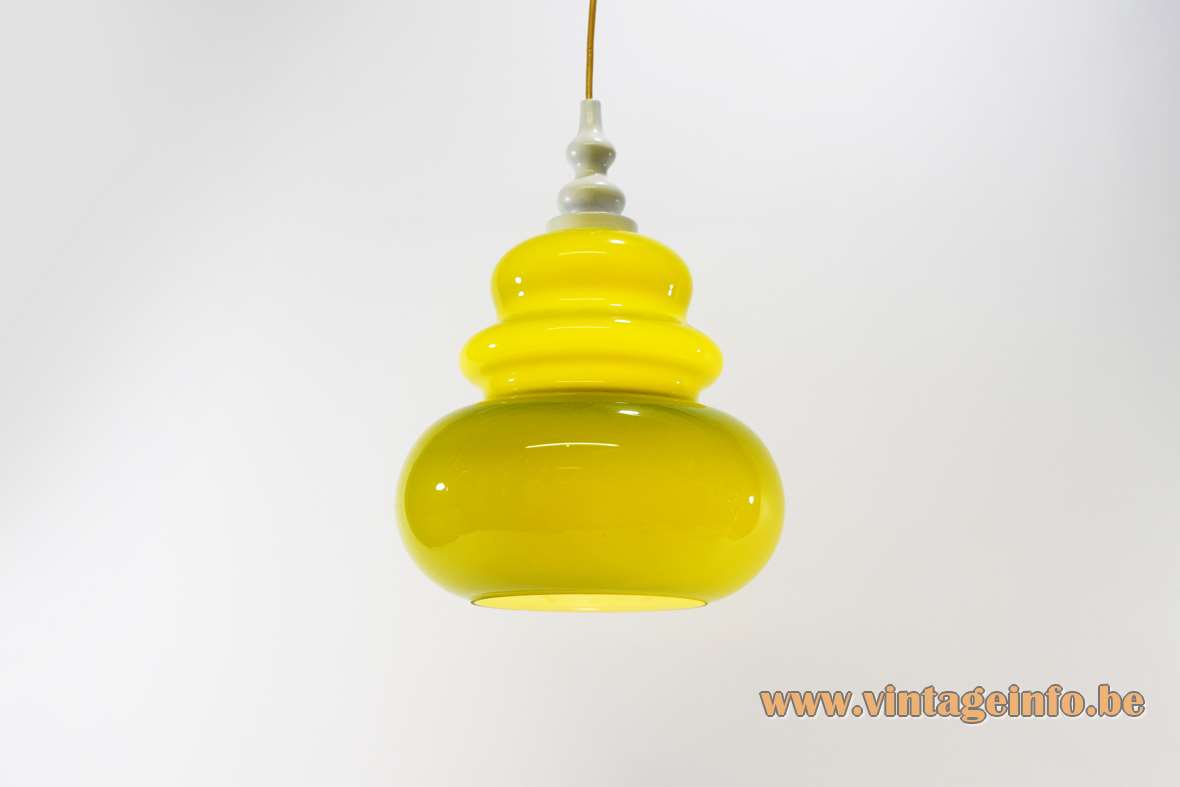 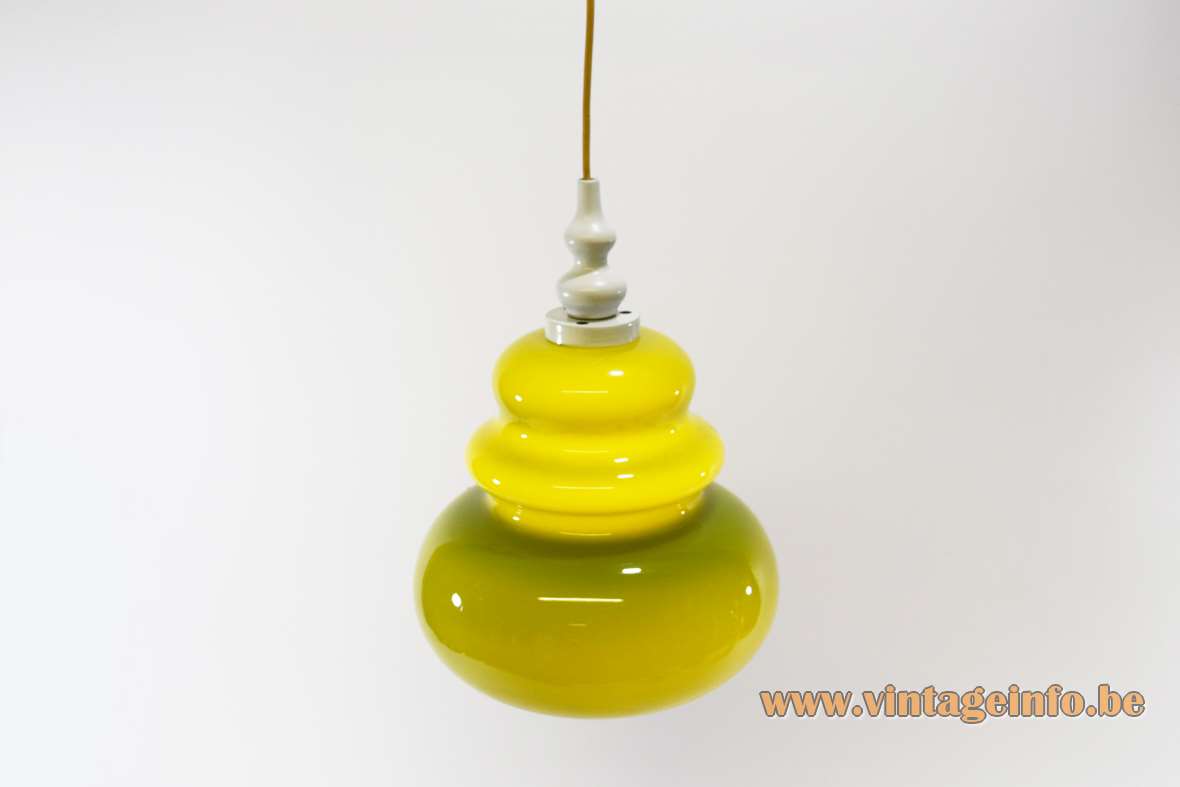 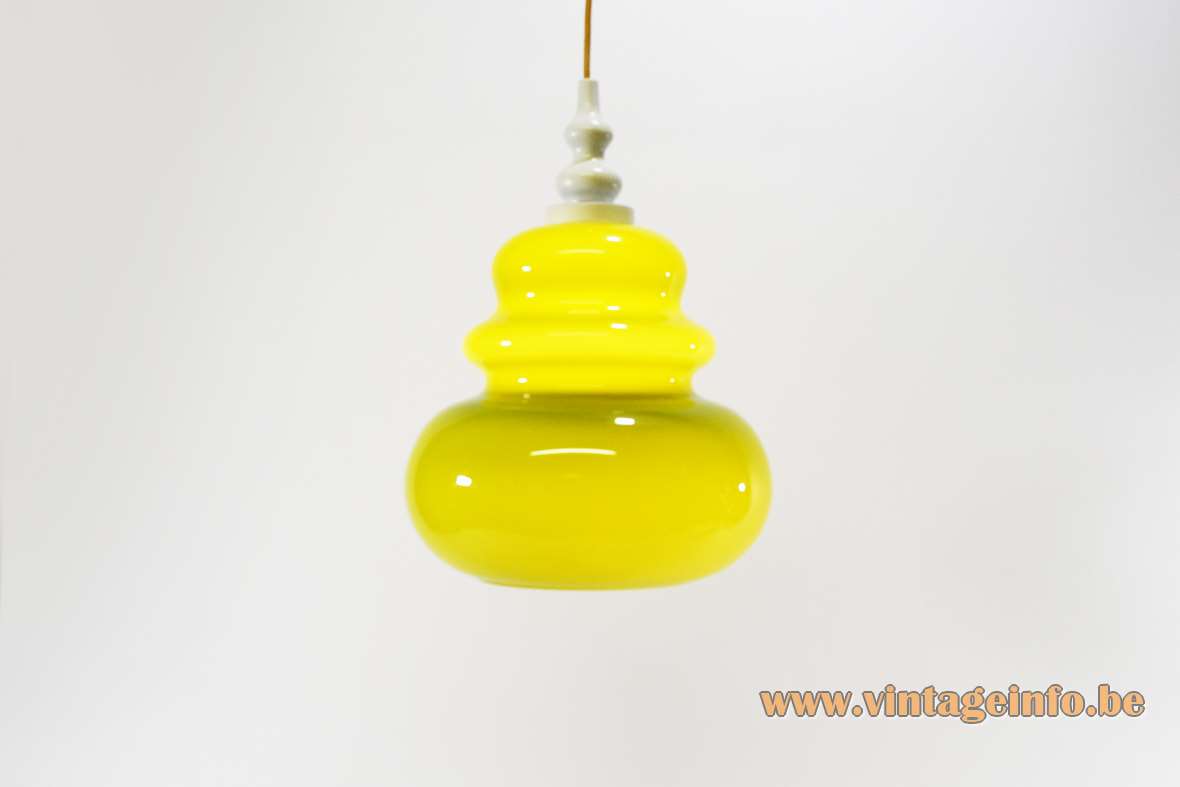 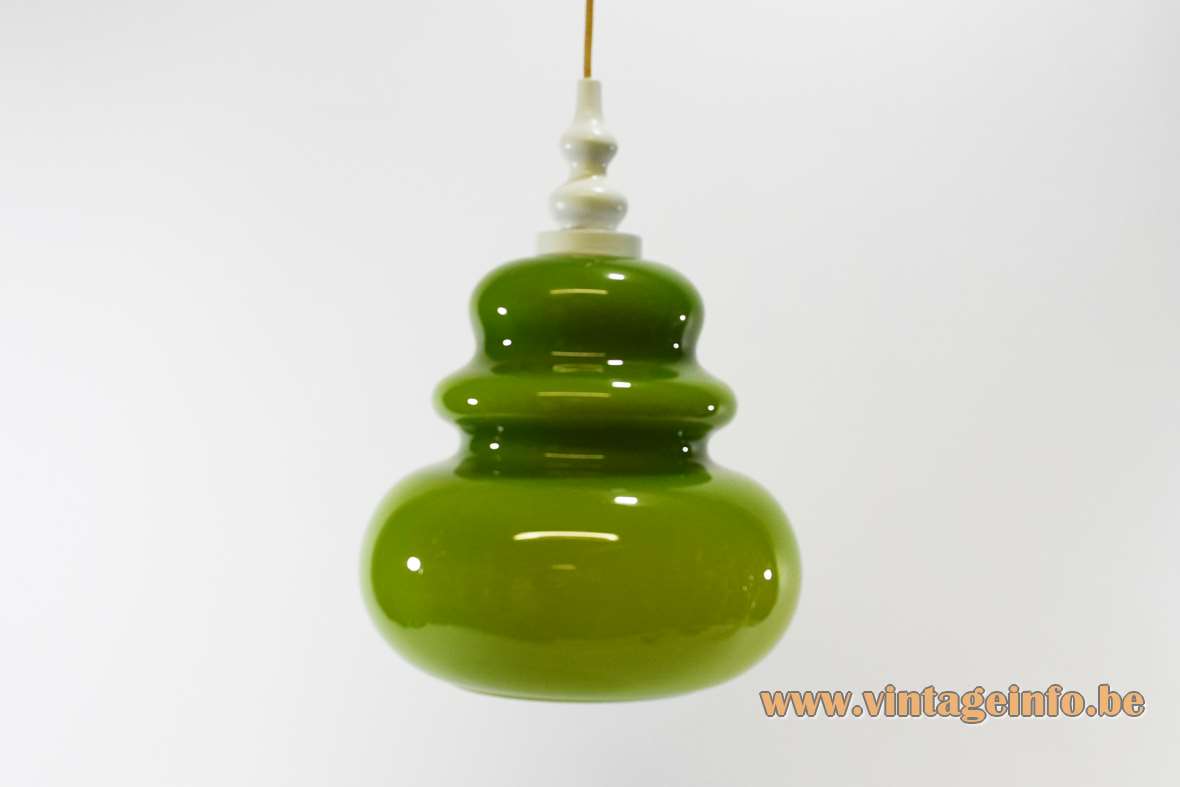 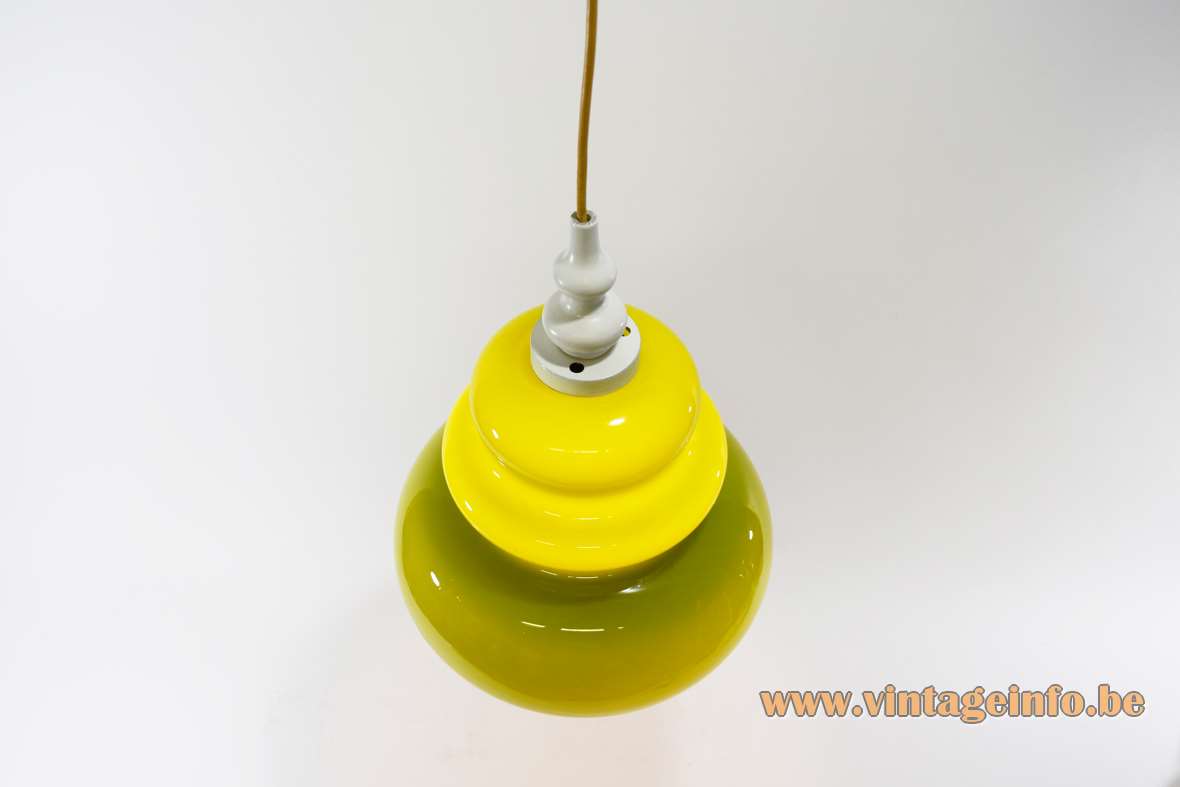 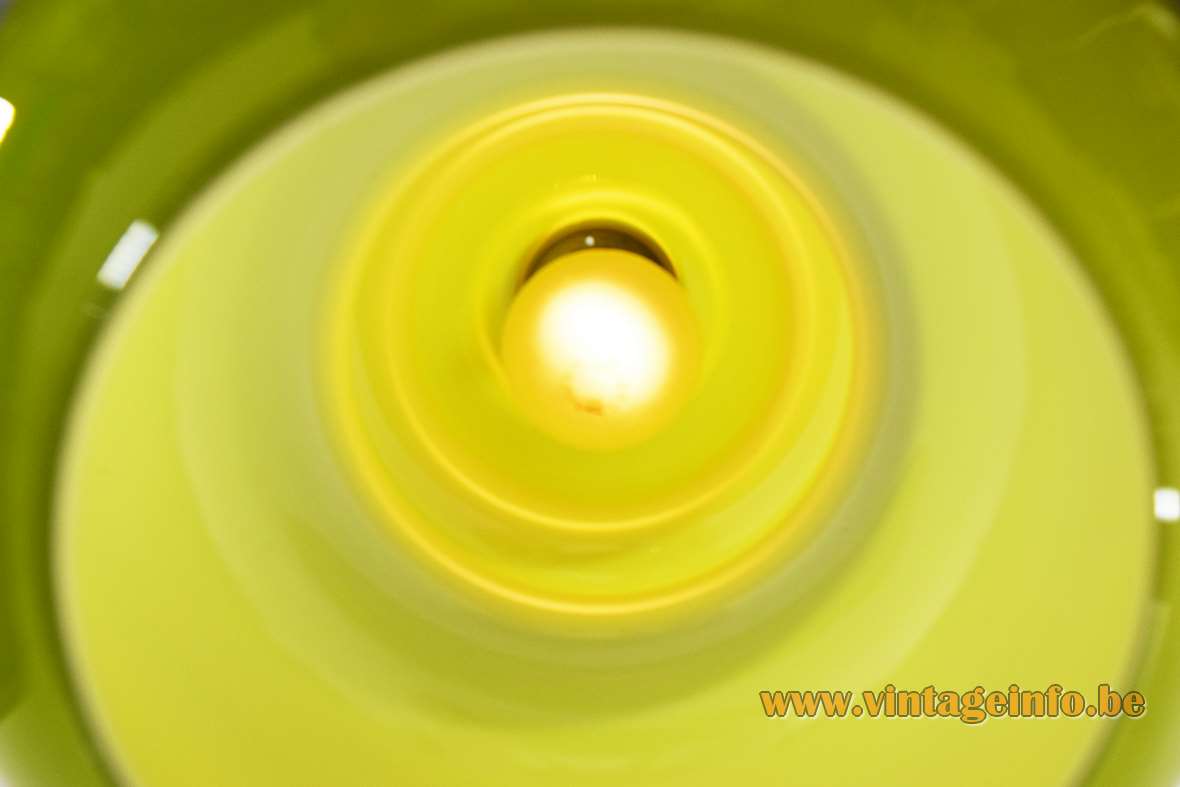 Other versions: This lime green pendant lamp was made in several colours, sizes and variations. Olive green glass turns into yellow/lime when lit. It were popular colours at that time. Many other companies produced lamps in this colour and style.